Infiltrator Flynn represents the time when in Tron, Flynn attacks a red program, and then is able to absorb his red color, something only a user can do. I always wanted a red version of the original Tomy figure, but they never made one. Finally Diamond Select came through, and it's a pretty good figure.

Support CollectionDX and get yours at Amazon.com

Diamond sometimes makes toys in two versions - an exclusive - like for Walgreens, and a regular, mass market version. In this case, the only version is the regular one - they did not release this along with the other Walgreens release. He comes with a stand, an extra set of hands, and identity disc, and an identity disc effects part. 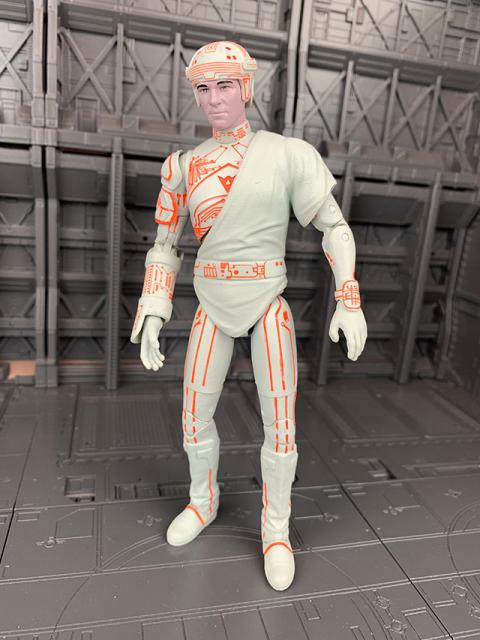 He essentially the same figure as the regular release, except red. But this one does not suffer from the glue on the head issue like my other one did. Overall he's a pretty solid figure, and I feel the different face color works here. 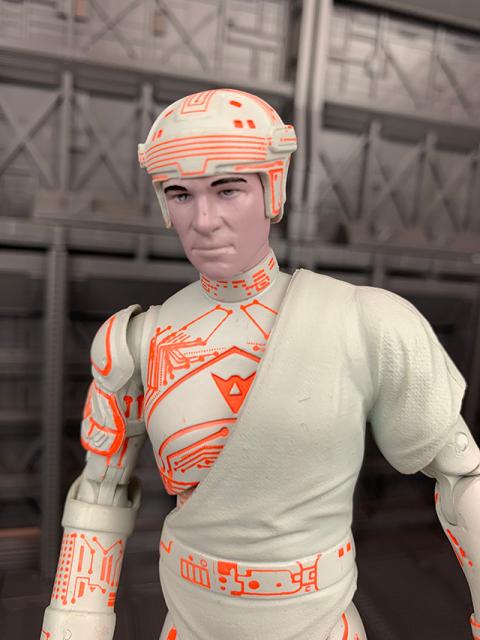 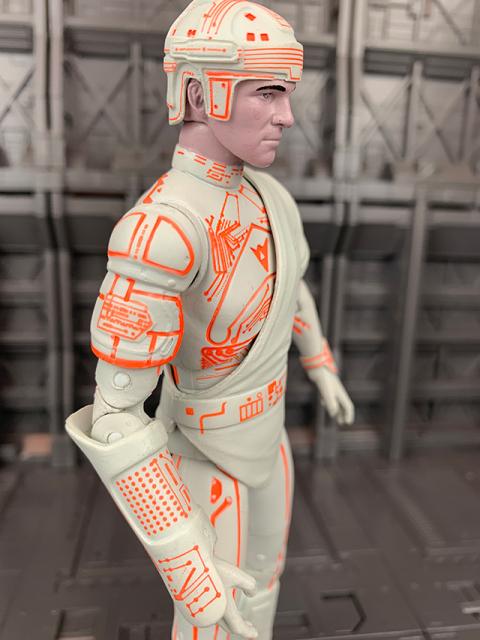 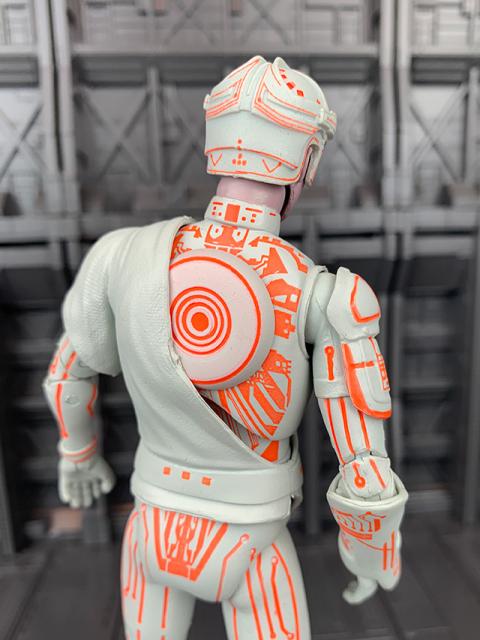 The identity disc plugs into the back but is aided greatly by the ability to tuck it behind the tunic. Of coursre, he cannot hold the disc with either set of hands. There's also a bit of spotty QC with the mold of the tunic in back. 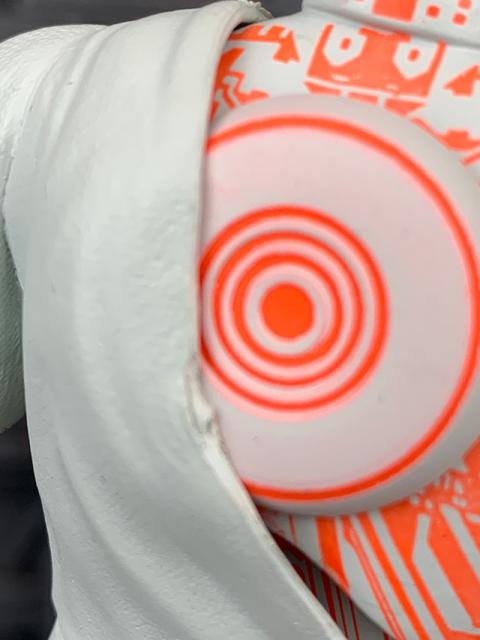 Articulation is the same. Passable, but his neutral face pose makes any other position than normal feel artificial. I wish these face sculpts would get some personality already. 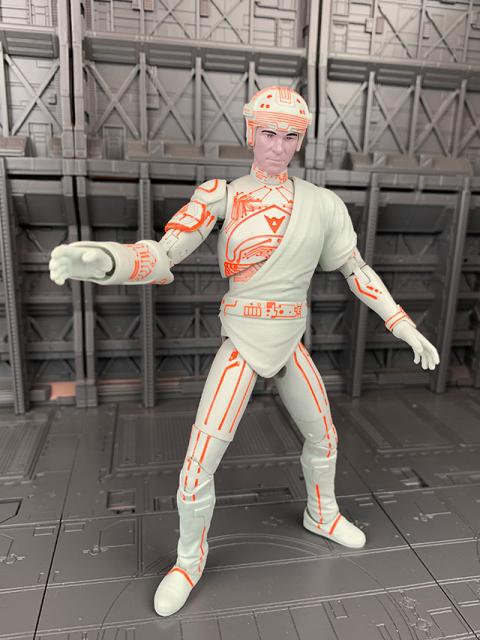 The effect part is strange. He can barely hold it, and one of the discs has a hole in it, perhaps for a stand to hold it up? That's the only thing that makes sense, but no stand is included. 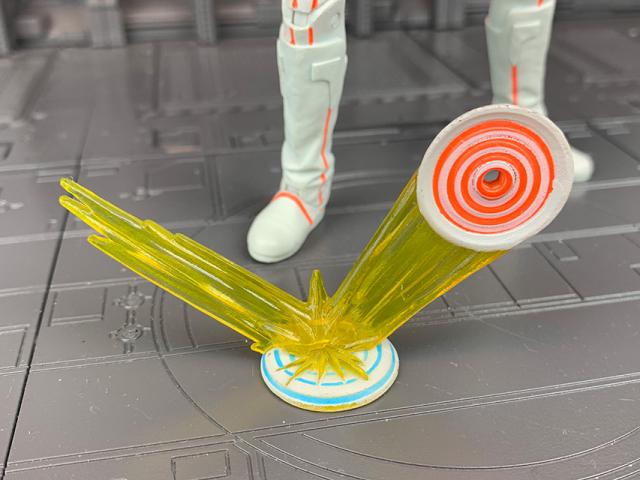 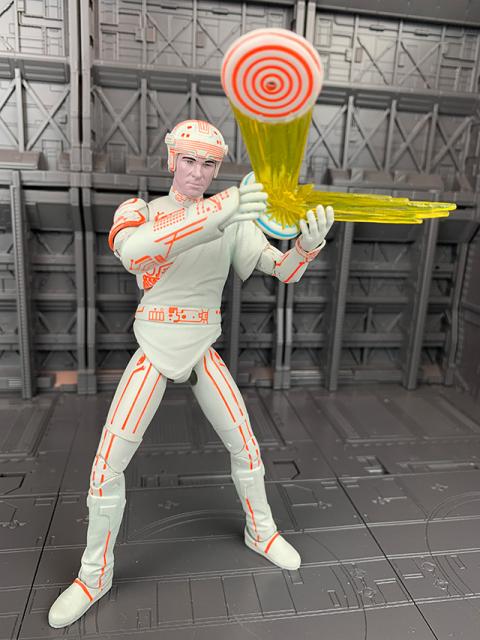 The alternate hands add a fun level of expression, but I would have been happy with hands that could hold the disc. 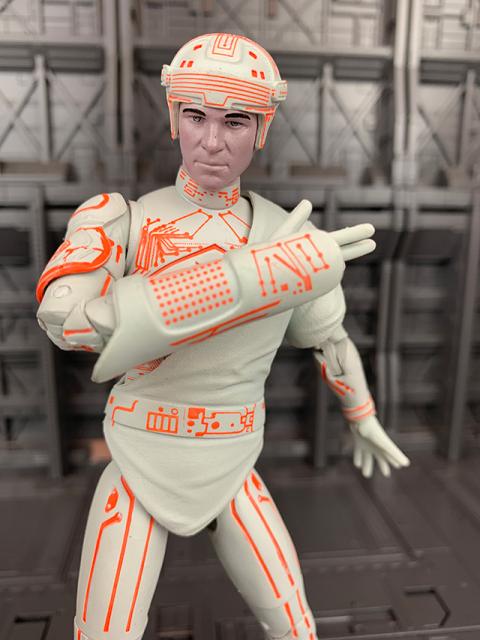 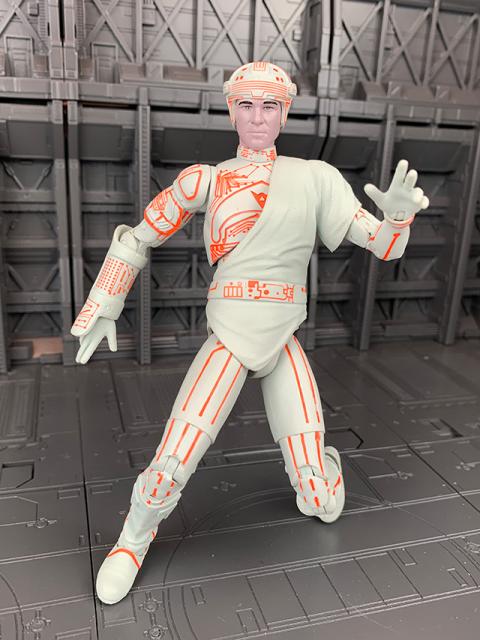 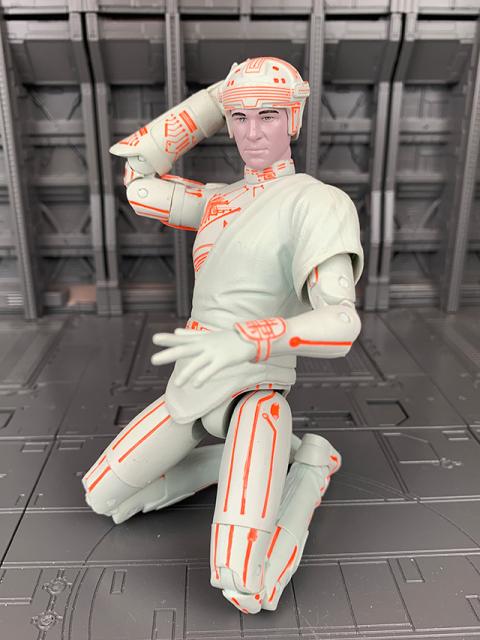 Support CollectionDX and get yours at Amazon.com