This review comes a little late as iGear celebrated their 4th anniversary during 2012. They celebrated by releasing a limited number of repainted figures of their first Mini-Warriors Rager figure (500 pcs.). Rager is iGear's take on G1 Huffer. The first Rager figure was molded using yellow and blue plastics. This newer version using more G1 accurate colors- orange and darker blue. This specific figure was offered for $27 shipped which should normally cause someone to hesitate a second while they process the size to dollar ratio. It seems this hesitation was short-lived because they sold out quick! Luckily I was lucky enough to snag one before they were sold out.

The figure comes in a nice sturdy cardboard box that is heavily inspired by G1 design. 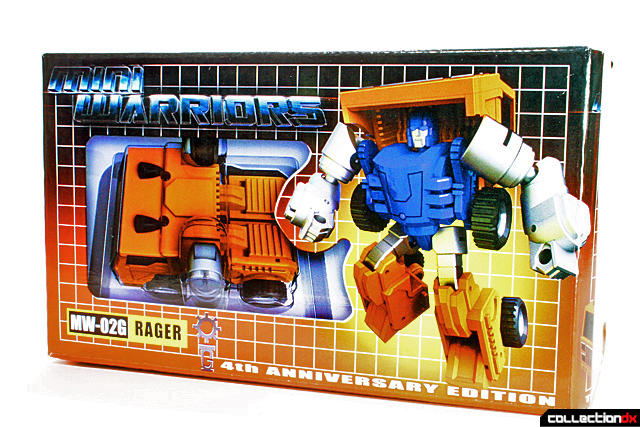 Inside the box, the set comes secured in a plastic clamshell tray. Also included is a nice glossy plastic spec card. 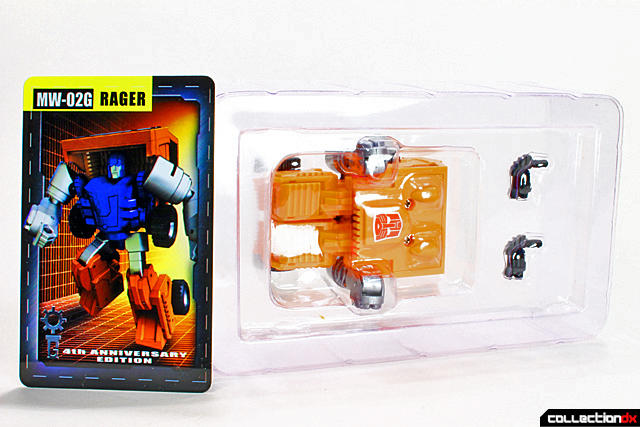 This is Rager straight out of his tray. Here, it's evident that it borrows heavily from the G1 Huffer. Unfortunately, I don't have a G1 Huffer for comparison. You will notice the wheels are painted silver. The original release had black unpainted wheels. 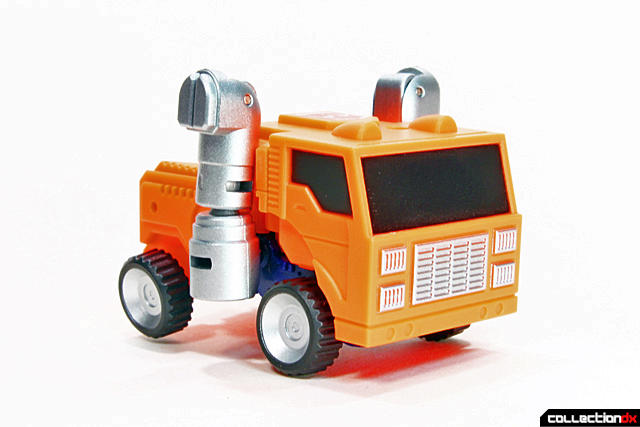 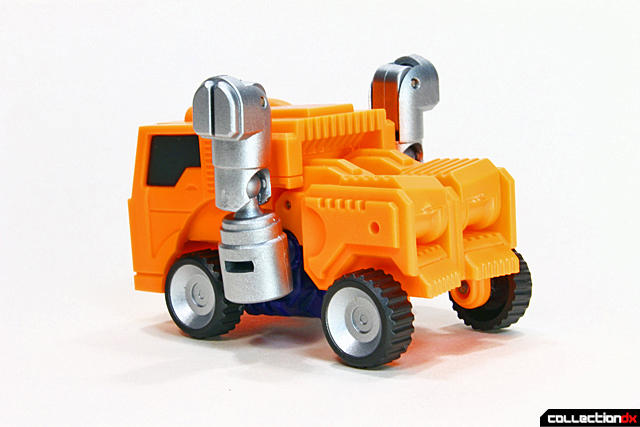 Here is how vehicle mode scales to a deluxe Kup. 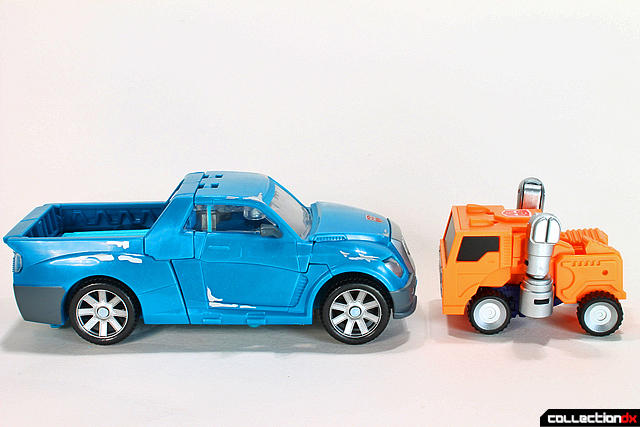 He is willing to help tow Prime's trailer when need be. FYI: he doesn't actually hook up to the trailer. 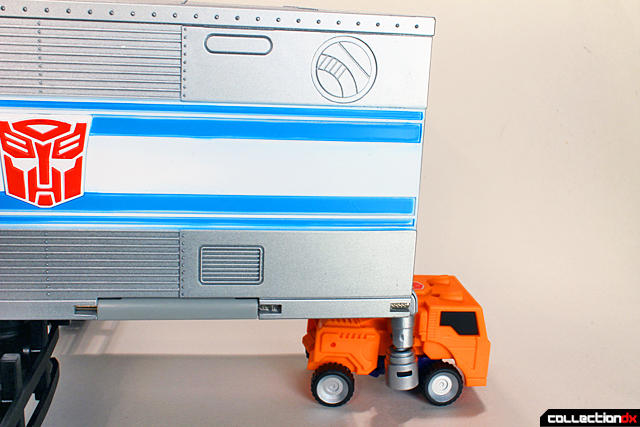 Transformation is rather simple but fun nonetheless.

He looks great in robot mode, iGear did a great job here. I love how they angled the feet to allow a nice stance. Please note that the Faction logo is not included. I added this for the review. 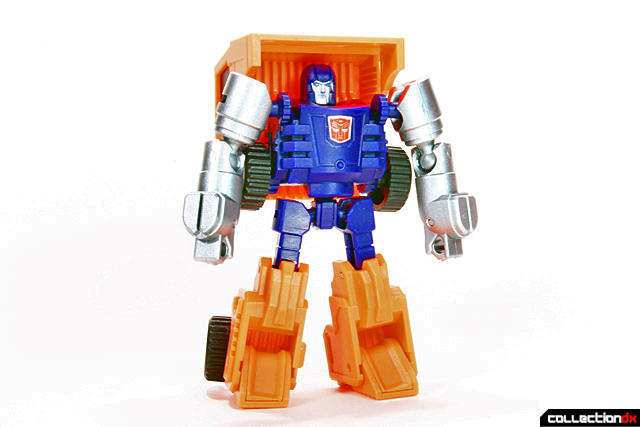 Most of the cab is carried out back. 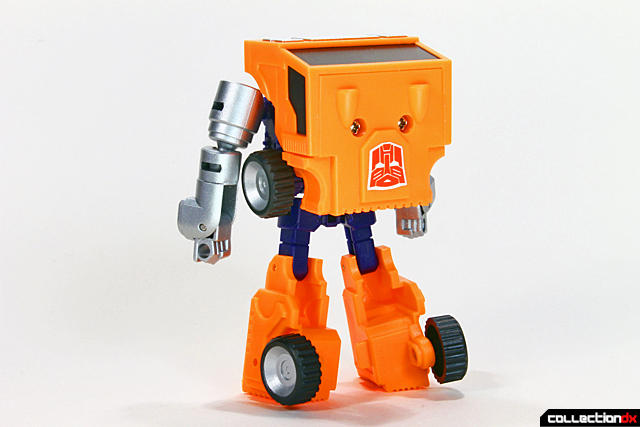 The face sculpt is also very well done. The silver paint apps on the figure are top notch. Speaking of quality, the plastics used are high quality. 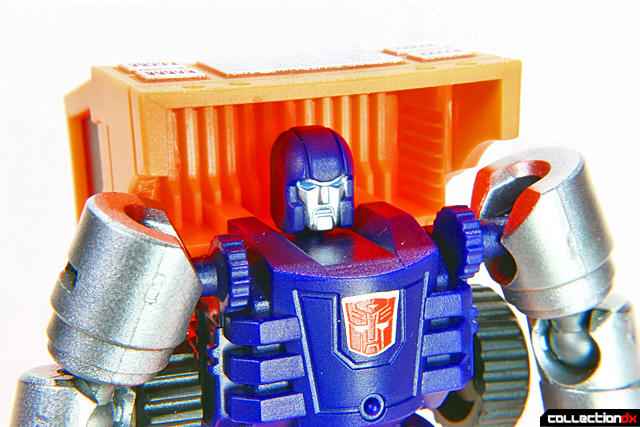 Although simple in design, iGear made sure to make this figure as poseable as possible through the use of ball-joints. Shown in this picture are his two revolvers that are included in this set. 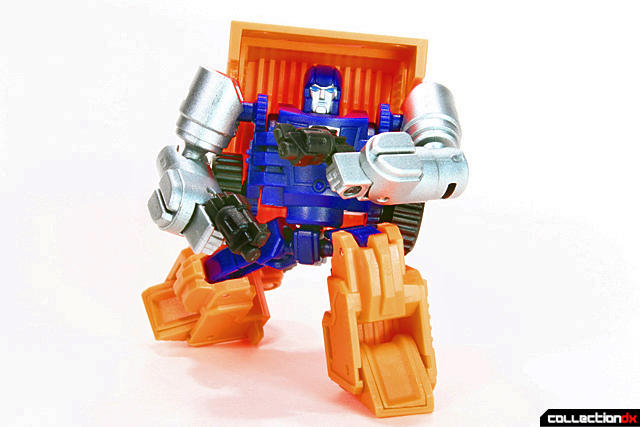 Now its time for some robot scaling fun! Here he is with Pheyden. 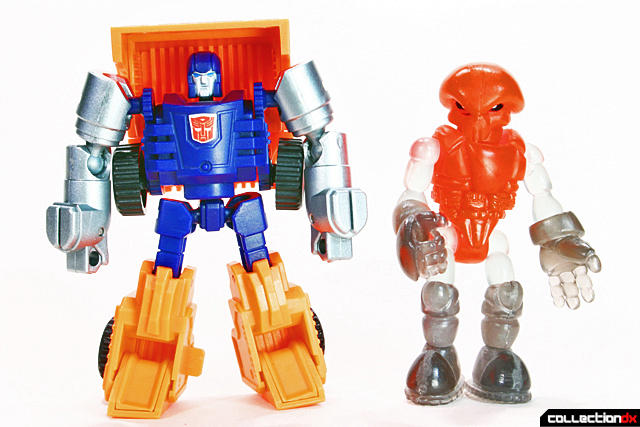 Here he is with MP-10 Optimus Prime. It's best not to annoy the person who has you in this position. 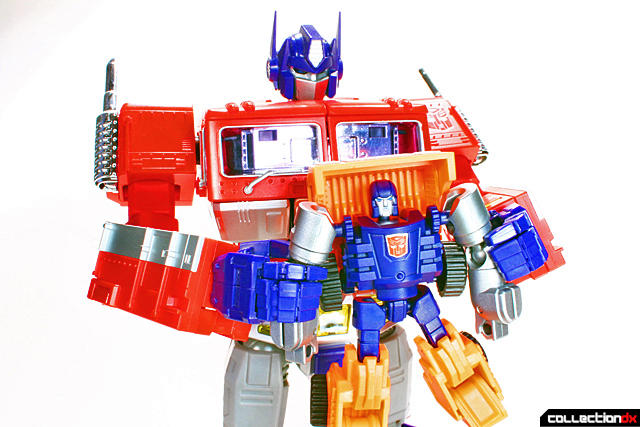 And to finish off this scaling party, here he is shown with three of my favorite classics deluxe figures. 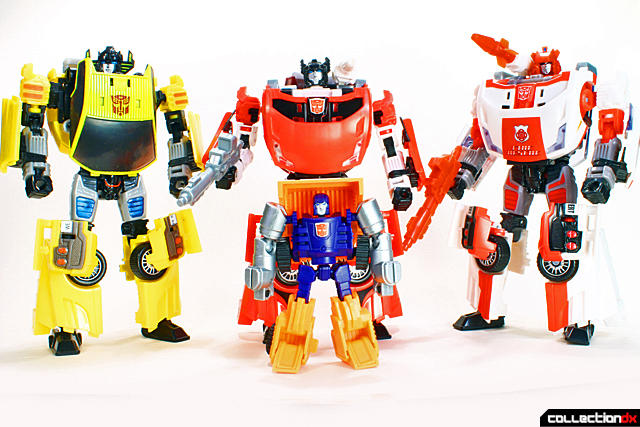 At $27 (More now that he is sold out) he wasn't exactly cheap. That amount of change can almost buy you 2 Deluxe figures or a nice Voyager figure with enough change to buy a Happy Meal. However, non of Hasbro's current offerings are really giving me a reason to put my $27 in their hands, so I think it was money well spent.

Charles, nice review of a product I would probably never look at. Not a fan of the third party stuff, i am more of a vintage diehard. Many of the minibots, huffer included, are huge fan favorites. They did a really nice job with this figure, and I honestly think the little guns just make it even better. Great pickup!

I got this re-issue loose at SRGM , it's a great piece and my first 3rd party TF. Glad I got the second edition after reading your review, I didn't do any research before hand.