A little background on Hydargos. He is from the Japanese show UFO Robot Grendizer which was renamed "Goldorak" in France and "Goldrake in Italy. In the Japanese version, he is known as "Blacky". For the sake of the review and to keep faithful to the name on the box, I will call him Hydargos. Hydargos is the second in command of the Vegan army as seen in the first 27 Episodes of Goldorak. He oversees the battles with Goldorak from the comfort of his pink mothership. He does not question the decision of his superiors Minos & Minas although he may sometimes question their wisdom. Many times his superiors credit themselves with his discoveries which angers him to no end. He works closely with his soldiers and is known to share some of his deepest thoughts with a lucky few. Although a brave and worthy warrior, he is not without his flaws, one of which is his alcoholism. But don't feel sorry, he is capable of backstabbing those around him for his own personal glory. As evil as he is, he causes terror from the safety of his gigantic pink UFO.

The version I have is the weathered version. There is also a glow-in-the-dark verison and a standard glossy verison. Hydargos Mothership comes in a sturdy glossy corrugated square box with bright graphics. 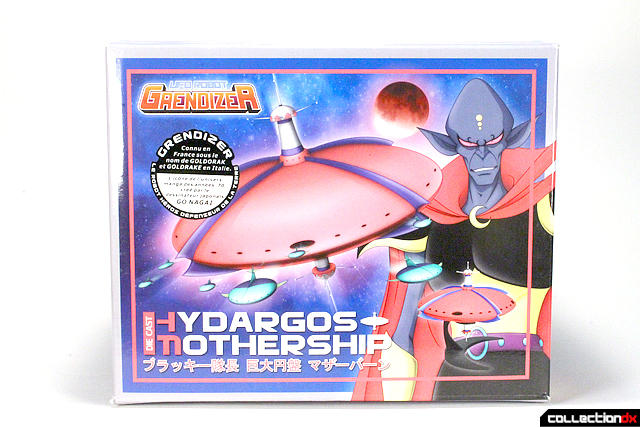 The heavy contents are securely held in place with a plastic clamshell tray. 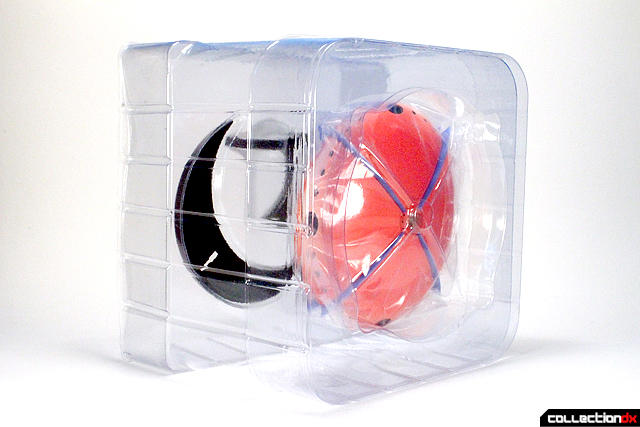 Before even assembling the Hydargos Mothership, you will want to assemble the two-piece stand first since the ship cannot obviously float on it's own. The stand is absolutely necessary because the lower tower piece has very thin ABS pieces that can snap under the weight of the ship. 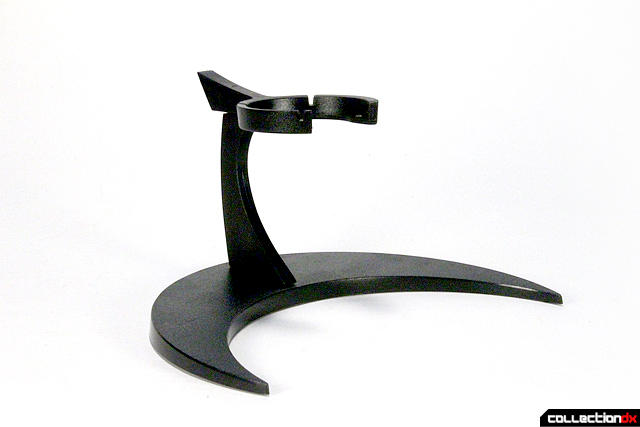 The Mothership is easily assembled by attaching the two nicely detailed ABS pieces to the bottom and the top of Hydargos' ship. You will want to mind your fat fingers when attaching these pieces as the antenna are very thin. The ship is identical on both sides, so there is no specific top or bottom. The stand holds the ship securely balanced and does not look out of place. I would have preferred a clear stand, however the design of this stand does not distract the eyes. 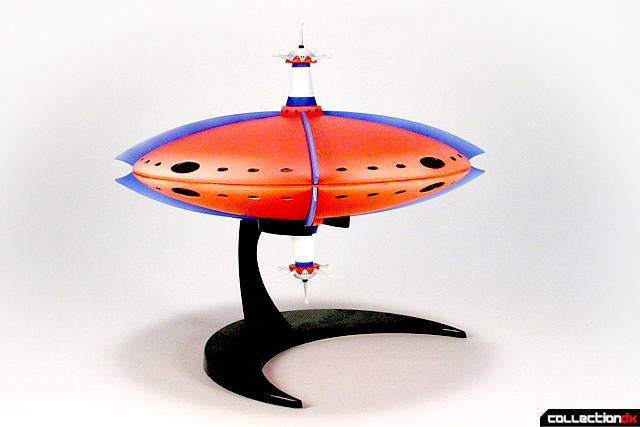 Since this is the weathered version, it has a matte finish with just the softest amount of airbrushed weathered effects. The finish is absolutely beautiful. When holding the body of the ship, the finish makes it feel like it's made of delicate and expensive porcelain. There is not one flaw on the entire finish. Unlike other weathered effects which look like brushes were sloshed across, this finish retains a very soft look. 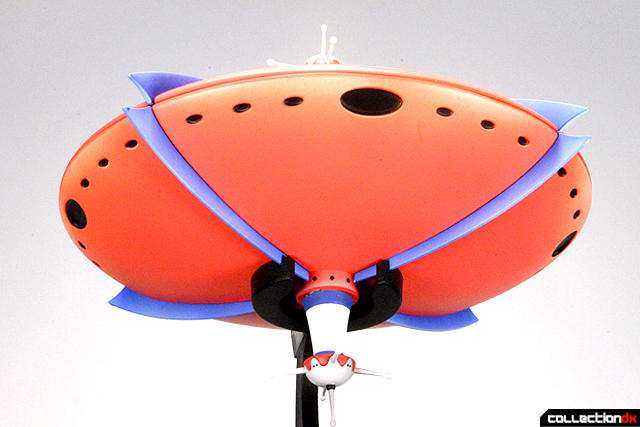 The ship's towers are finely molded in ABS plastic with the same attention to detail as the rest of the ship. There is no sloppy paint applications and again, the weathered effects are delicately applied. 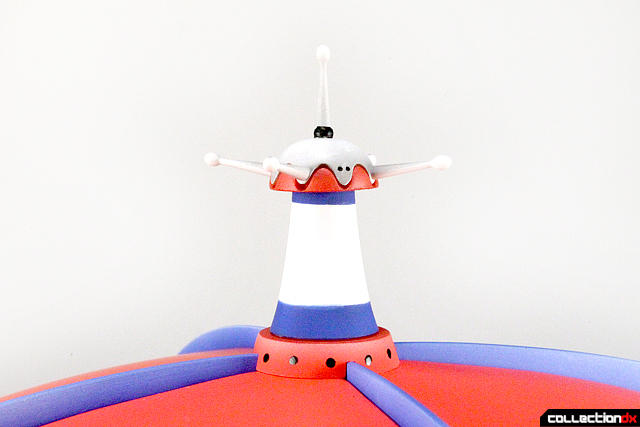 Here you can see the symmetry of the design. The blue fins are plastic and also beautifully weathered. The weathering on the fins is so slight and not distracting. Notice how they start darker towards the bottom and progressively get lighter. Also notice how the edges where the two ship-halves meet are lighter than the rest of the ship. 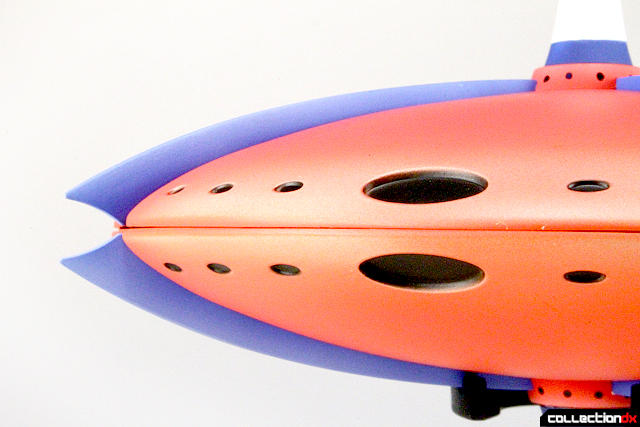 From this view you can see the entire ship. If you have a bad temper, do not keep this close by. You could seriously cause injury or death with this thing should you decide to throw it. It is completely diecast save for the fins and towers. It is like a big heavy ninja star. 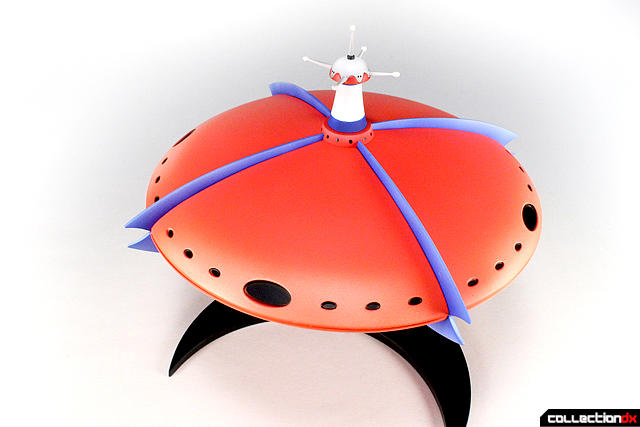 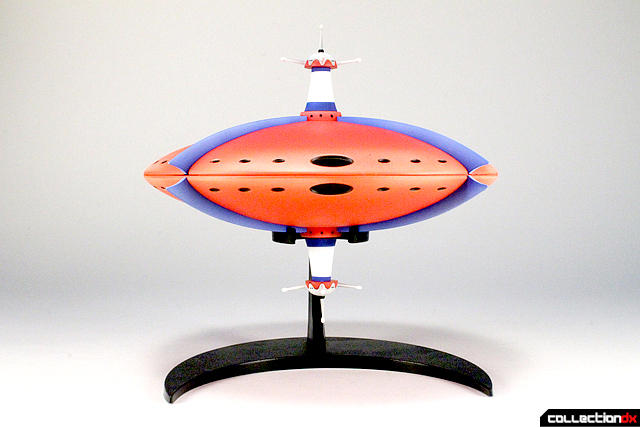 I was able to source a Metaltech 01 for this shoot for some fun pictures. 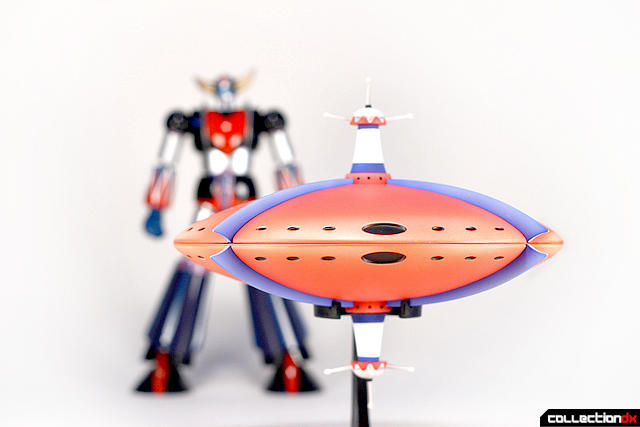 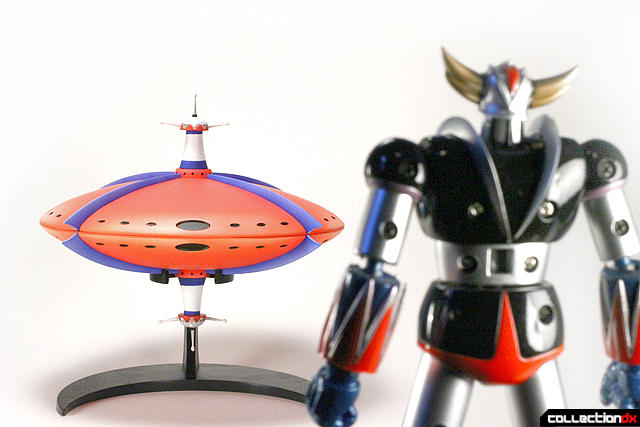 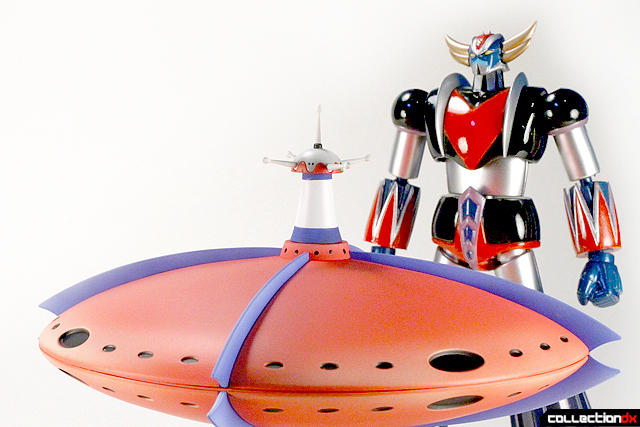 Alas, Hydargos' Mothership was damaged by Goldorak in episode 27. Instead of ejecting to safety, he decided to stay with the ship and take on the fury of Goldorak which ultimately led to his demise. This marked the end of what some believe to be 27 of the most exciting episodes of the 74 episode series.

Yeah this is definitely something you would dig! Dont hate :P

I am very happy with the Normal Colour version of the Hydargos Mothership. Thank you. HIGH DREAM!!!!