When the Ninja Storm/Hurricangers were first announced I was pretty excited! It was one of my favorite shows aesthetically and also featured some really kickass mechanical designs as well. But most importantly, I was super excited about being able to get the Hurricane Blue on account of her Japanese actress, Nao Nagasawa being as lovely as she is. So when they announced that Blue and Yellow would be in a two-pack, I thought it was a very logical choice considering that at the start of the show, this was a three-man team instead of the normal five. 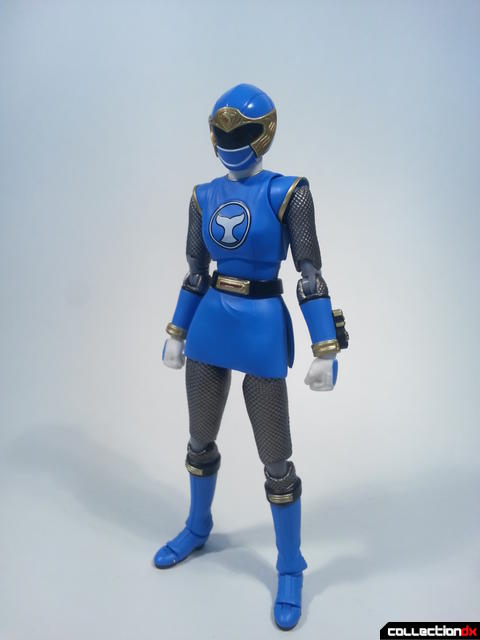 Hurricane Blue out of the box was a pretty new experience for me, since this is my first time handing a newer female SH Figuarts body, and overall I'm pretty impressed! It's not perfect, but does a lot of things well enough that I don't mind its problems. 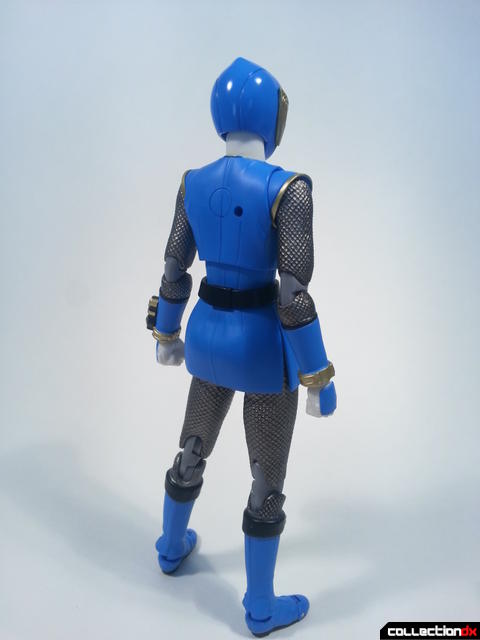 She's surprisingly petite and features most of the standard Power Rangers/Sentai Figuarts posability with a few improved joints, and also a few limitations. 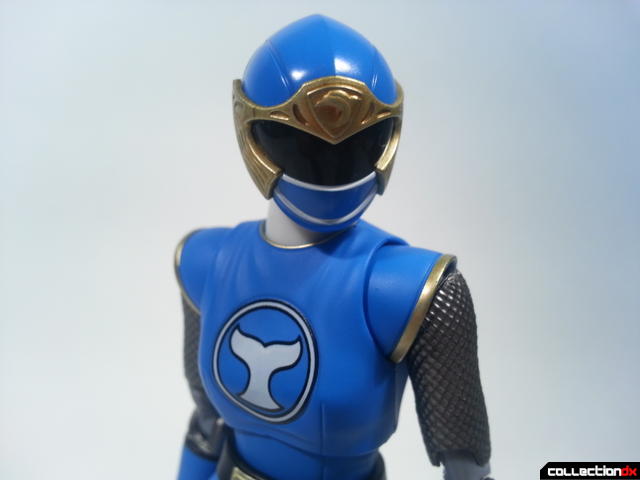 This figure marks the first time I've seen an SH Figuarts make full use of its second double elbow joint and allows for a really great arm range. However on the downside, the skirt is made of a very thick and stiff rubbery material that really limits the range of motion of her legs without much fiddling. That combined with the fact that the sculpting on her boots limits her ankle range does prevent her from doing a lot of the more extreme poses that Red and Yellow are capable of. 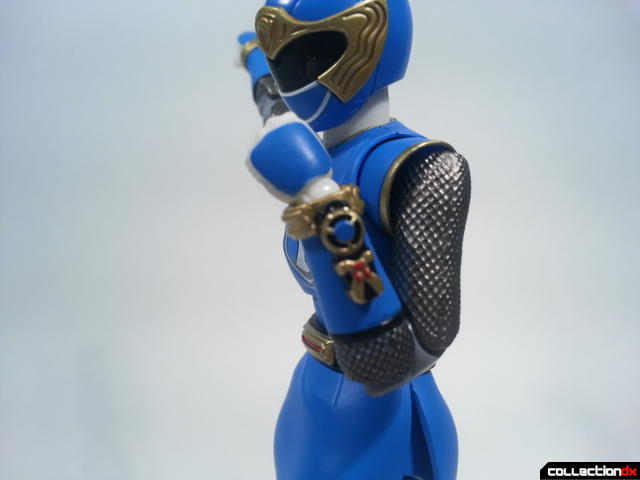 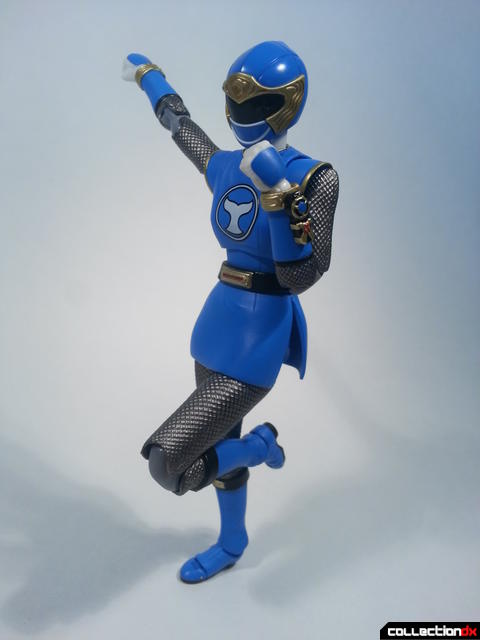 Despite that though, she is still a very expressive figure above the waist thanks to all of the various joints in the figure. 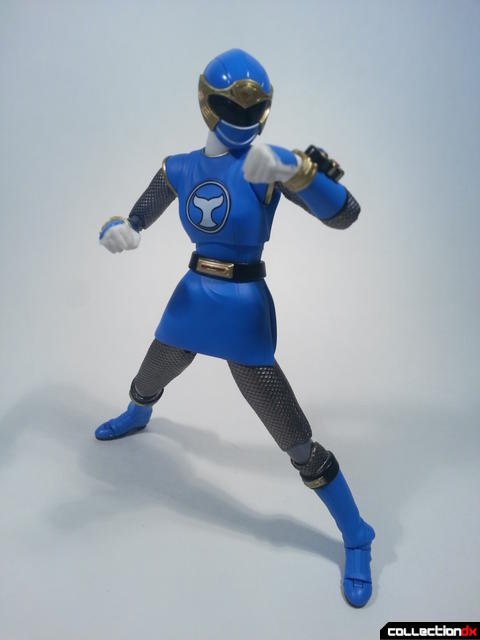 This set come with a huge whack of accessories and weapons, most of which are hands. A lot of these hands carry over from Hurricane Red which includes, high-five hands, palm hands, holding hands, “Ninja-magick” hands, and pointing hands. 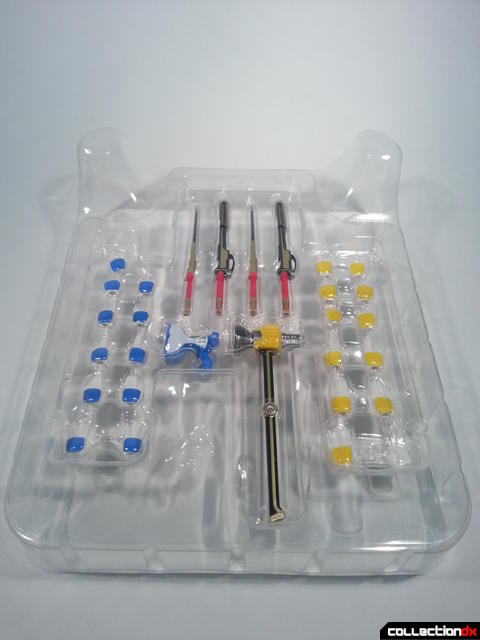 Her sword is near identical to the ones previously used and fits well on her back. 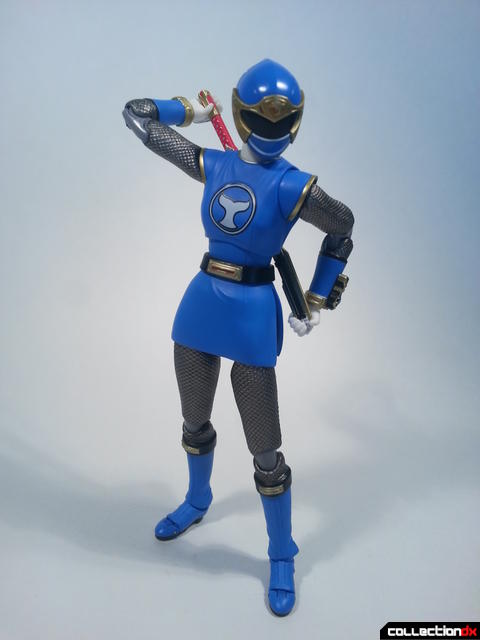 I find the range of hands really helps make this a very cute and expressive figure. 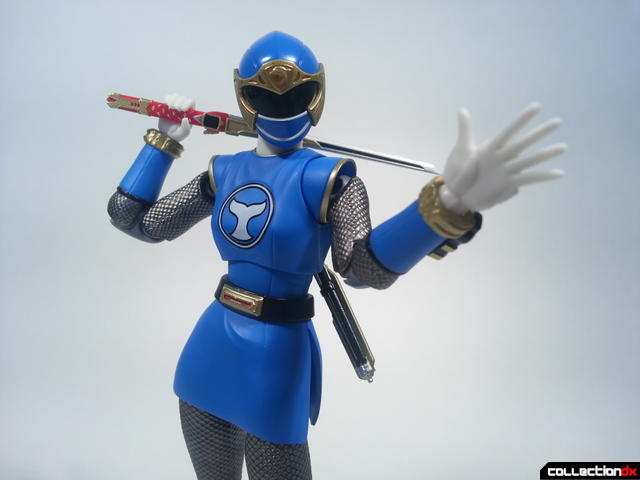 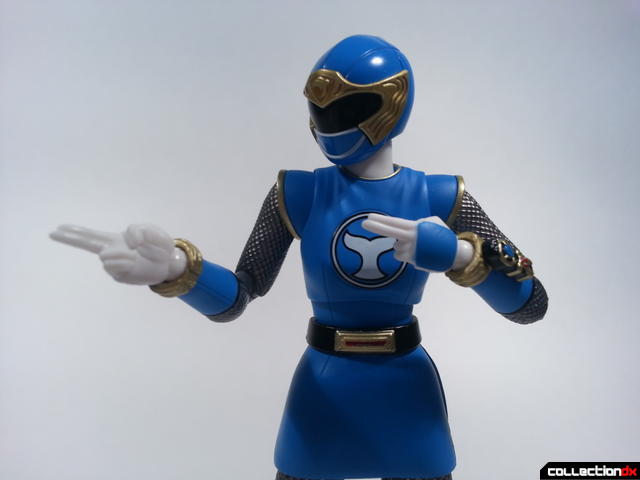 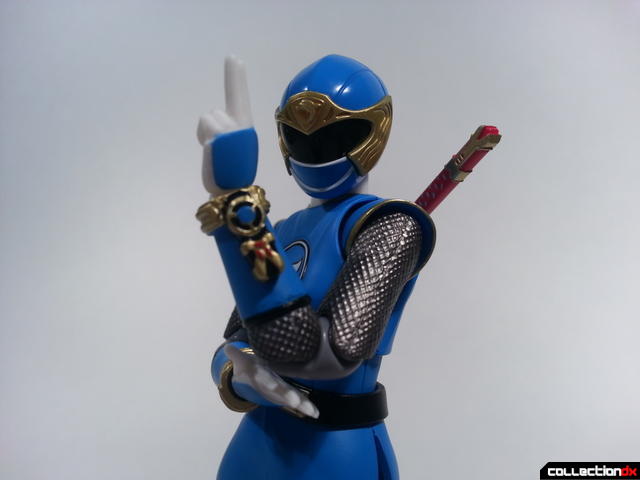 Hurricane Blue also comes with her Megaphone gun with which she can attack enemies, or maybe help promote a grocery store special sale. 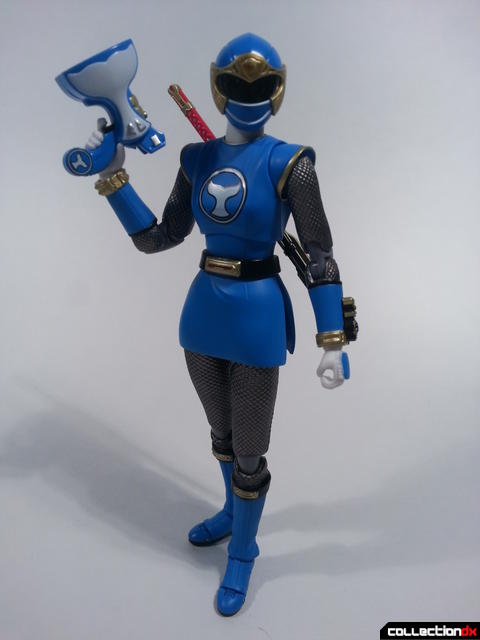 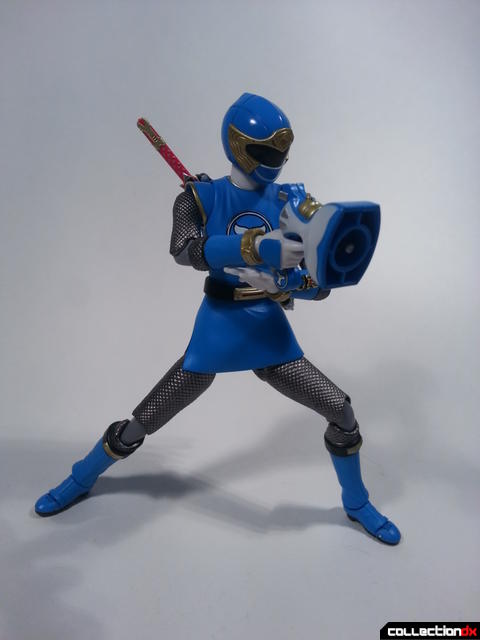 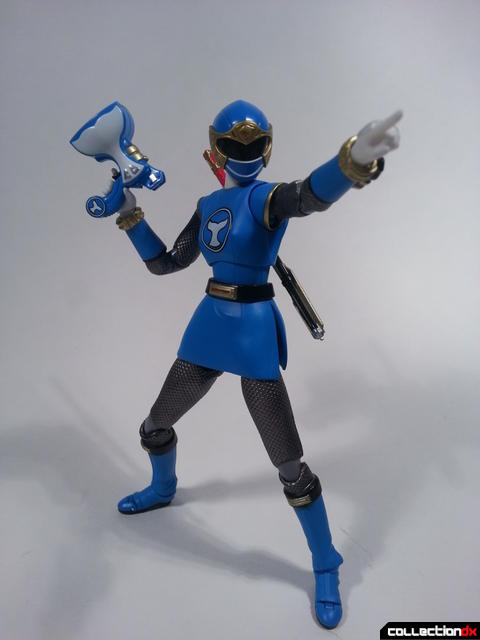 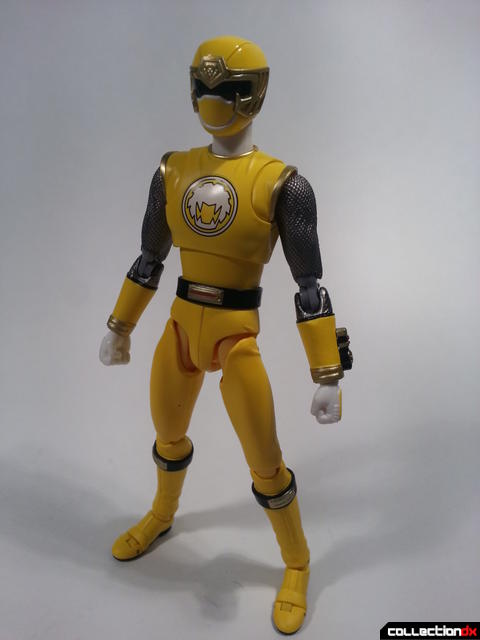 Hurricane Yellow is identical to Hurricane Red, albeit with an alternate helmet and different tampos. 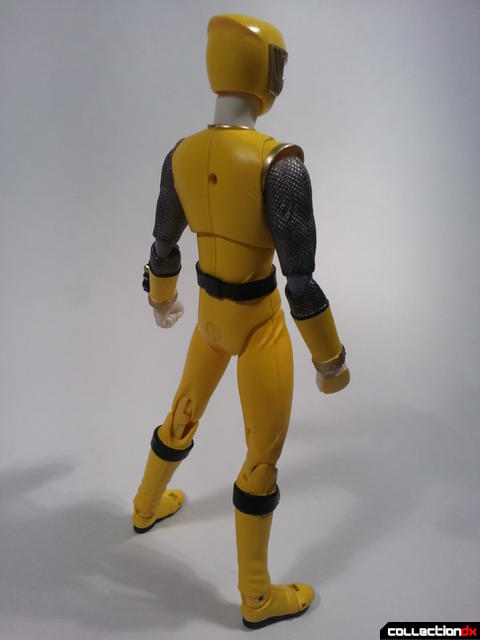 Oddly enough even though I was more excited for Blue, I was really surprised by how much fun I had with Yellow. His fit and finish is near perfect and makes him ideal for fiddling with on the desk. 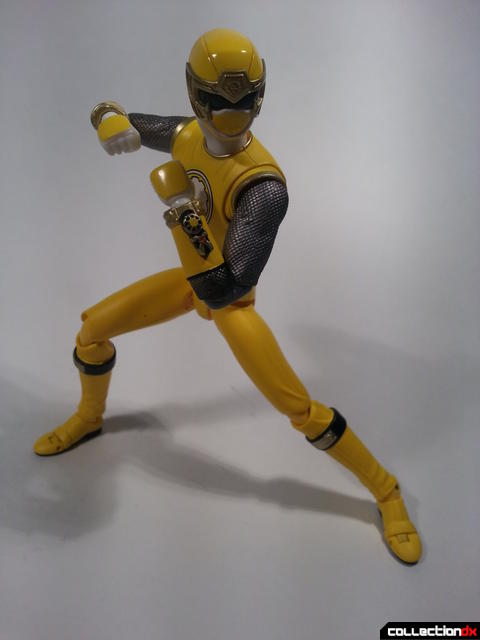 He comes with his signature hammer weapon, which he can wield with two hands easily like a champion. This just reminds me of the good old days of playing a Retribution Paladin back in World of Warcraft. 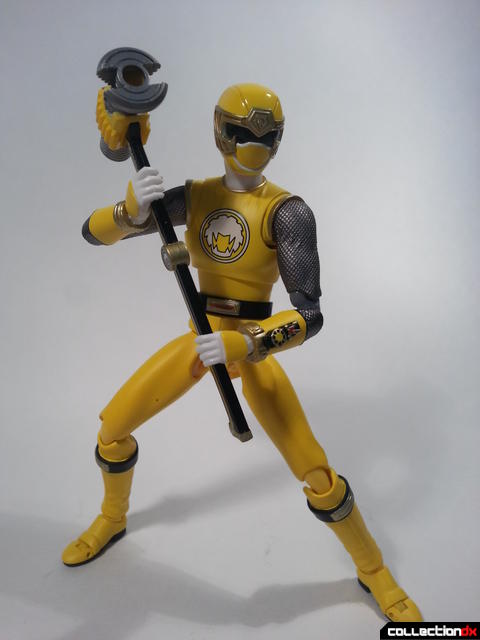 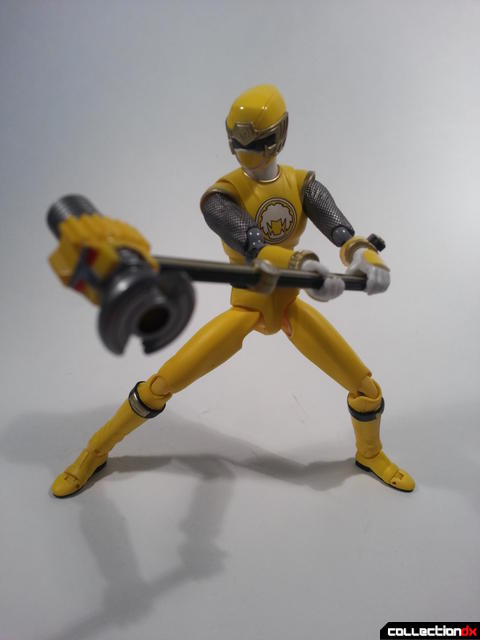 Other than that, there's not much to him, he really is almost a carbon copy of Hurricane Red. Although I can't help but wonder how these Sentai figures feel about being almost exactly the same. 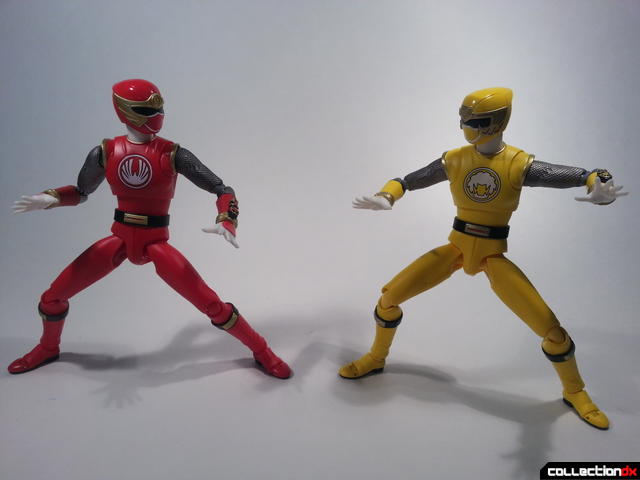 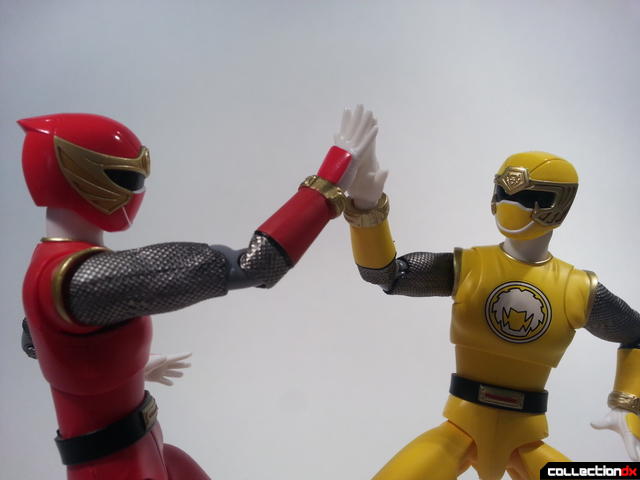 I gotta say, there's something really awesome about having a full Sentai team in SH Figuarts form. Their unified theme really makes them shine more than just having one red ranger from a team. There's wonderful coherency between the figures and it makes displaying them as a group all the better. These two are a great set by themselves, and a no brainer if you already have Hurricane Red/Red Wind Ranger as well.

. . . Though I guess this means I should get those other Figuarts too, huh? 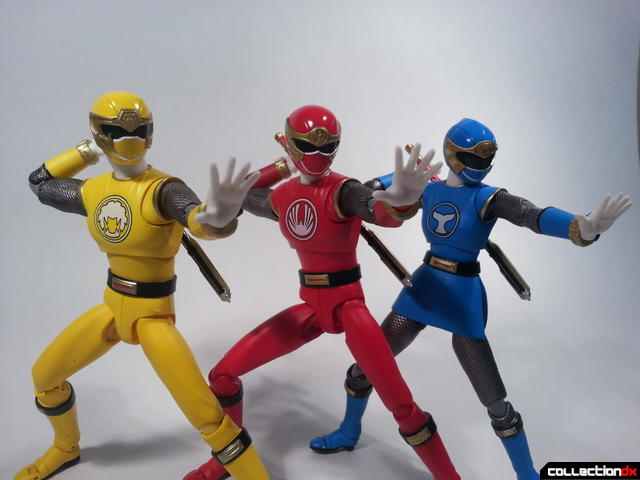 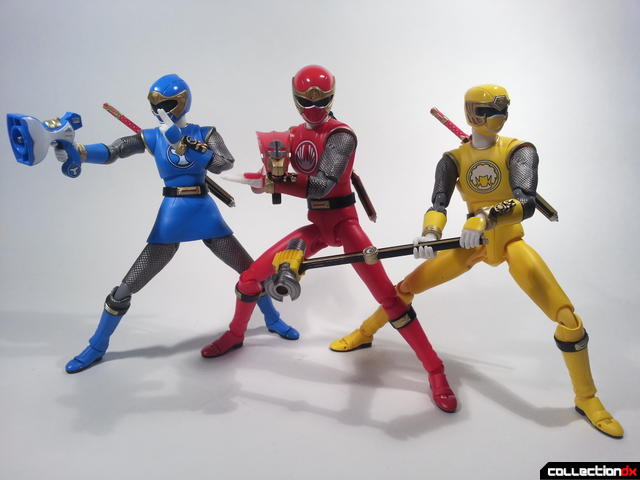 ninpuu.... shinobi change !
they look great together. can we have a shurikenger please?