It's always nice to be able to complete a collection, be it a run of comics, a vintage line of toys or some modern releases. And this past Christmas I lucky enough to be given this 12" Hunchback of Notre Dame toy, completing my collection of Sideshow monsters. I don't have all the different color variations and things like that, but I'm not interested in those. Just one of each monster released is good enough for me.

This figure is based on the character of Quasimodo as portrayed by the great Lon Chaney in the 1923 silent movie classic The Hunchback of Notre Dame.

THE HUNCHBACK OF NOTRE DAME

This was the last one I got because it's just not one of my favorite characters and on top of that, it's a pretty easy one to find. Furthermore, the price on this one has been pretty consistently low (about $30-40) so there just was never any urgency for me to pick it up. As so often happens in cases like that though, now that I have it, I love it. 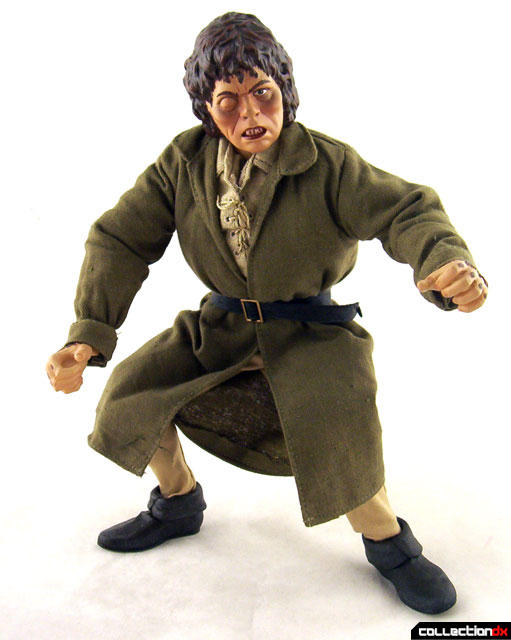 As with all Sideshow 12" figures, the Hunchback comes in a full color box with opening top lid and clear plastic window inside. I'm not too big a fan of the artwork on the front of this one, though, as it features Esmeralda more prominently than Quasimodo. 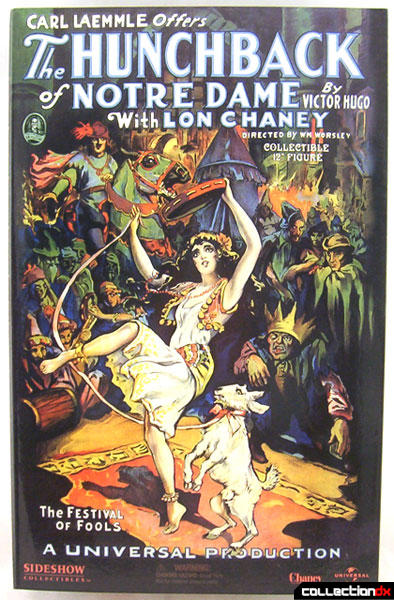 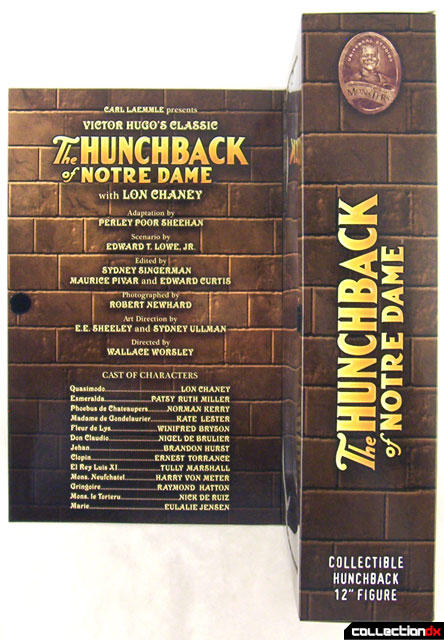 The toy is very well articulated, allowing a wide range of motion to strike some pretty unique poses. 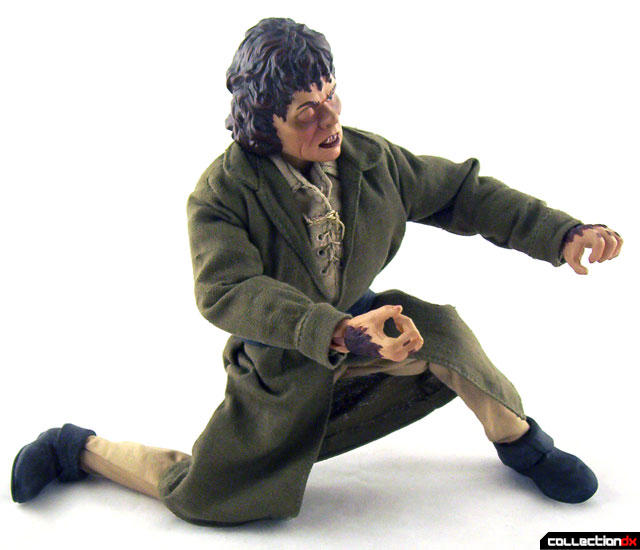 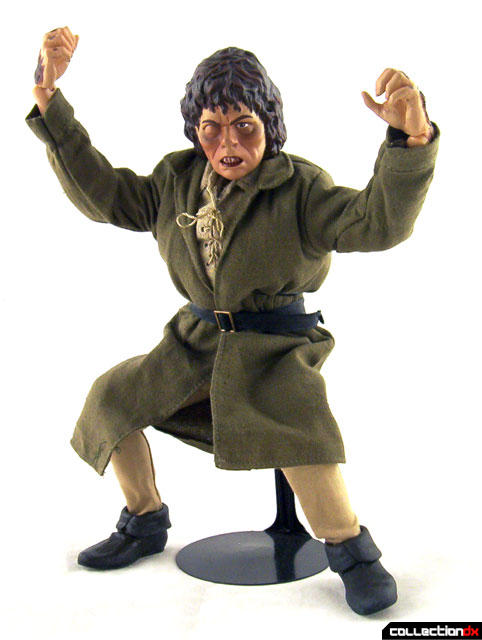 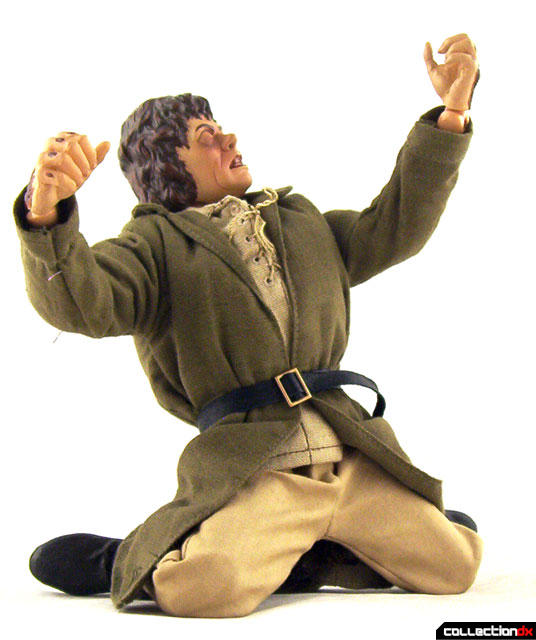 The clothing is very well done, with several layers to add depth. The shirt is nicely tied off with faux rope and the belt strapped on and actually adjustable. In addition to his regular costume, accessories include the crown, robe and sceptre of the "King of the Fools". With the last entry in the line, they finally got it right by giving the toy a hand than can actually hold it's accessory! 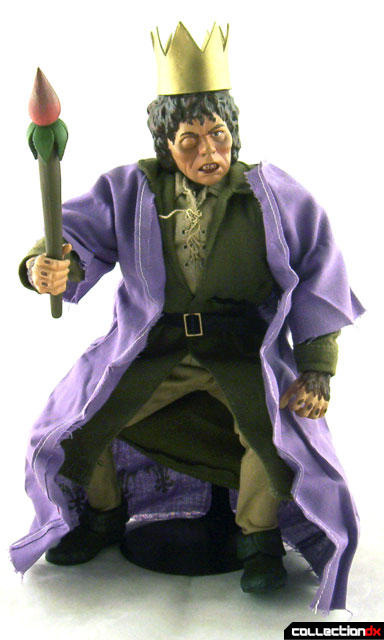 Unfortunately, the crown itself doesn't fit on the head too snugly and you basically have to rest it on there and pose the toy so it doesn't fall off. The crown is made of a very flexible plastic, maybe even a thin rubber, but it's just to small to fit over the head. Not a huge problem though. It will stay off if you just put it on after posing it. 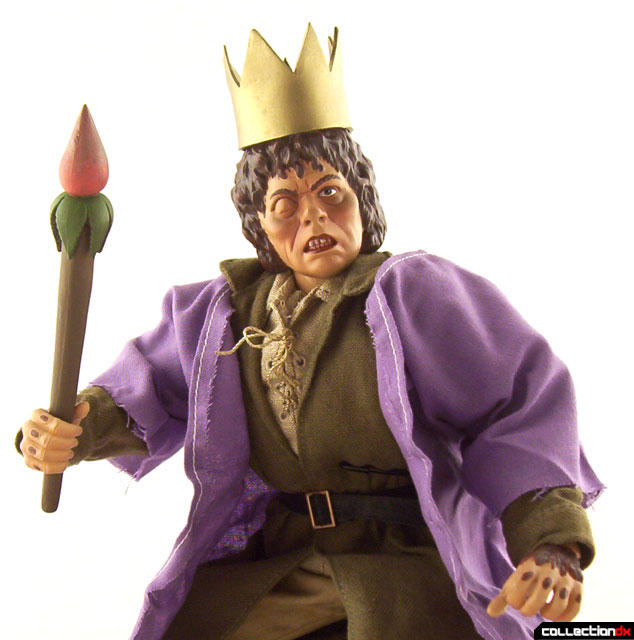 An adjustable stand with the title and an image of Frankenstein in the Universal Monster logo on the base is also included. 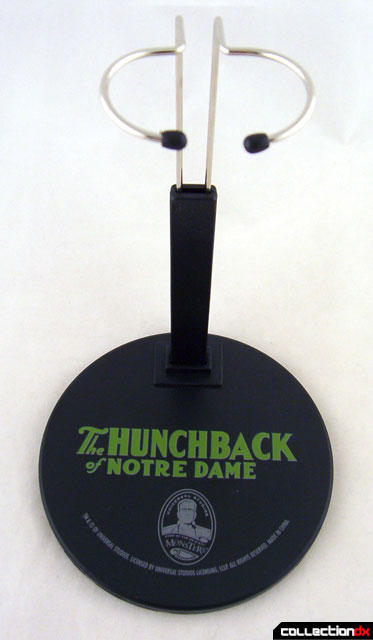 This figure was limited to 2000 pieces. A black and white "Silver Screen Edition" was also released in even smaller numbers. That version was limited to just 500 pieces. 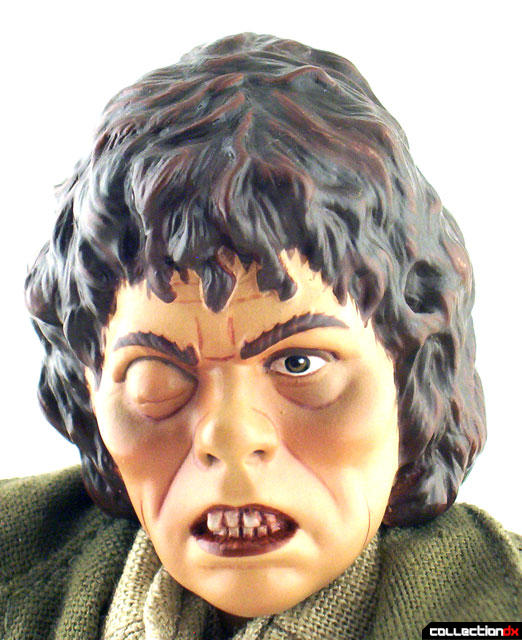