Victor Hugo's "The Hunchback of Notre Dame" has been filmed numerous times throughout cinema history, and although the 1939 version with Charles Laughton is arguably the best, it is the 1923 Lon Chaney vehicle that is most remembered and ingrained into the public consciousness. Sideshow Collectibles chose to capture the likeness of the Chaney portrayal of Quasimodo in their line of 8" Universal Horror action figures.

Due to the character being hunched over, the figure actually only measures 6.5" tall. It has ten points of articulation (knees, wrists, elbows, shoulders, neck and waist). Interestingly, this one seems to have much more movement in the neck than others in this line. It feels almost as if the neck is on a ball joint. 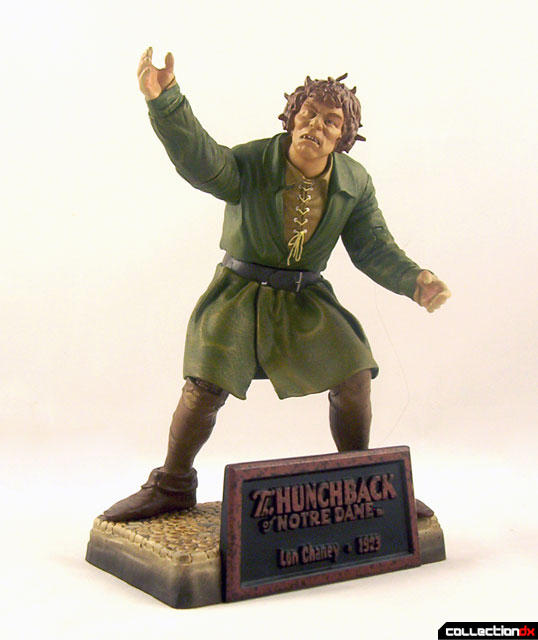 Quasimodo comes with a cloth robe, a scepter and a crown, signifying the scene in which he is crowned the "King of The Fools", an "honour" awarded to the ugliest man around. With a wide stance, there is little chance that this toy will fall over like some others in the line, even without the included base. The base is just made to resemble a cobblestone pavement and features the usual engraved nameplate on front. 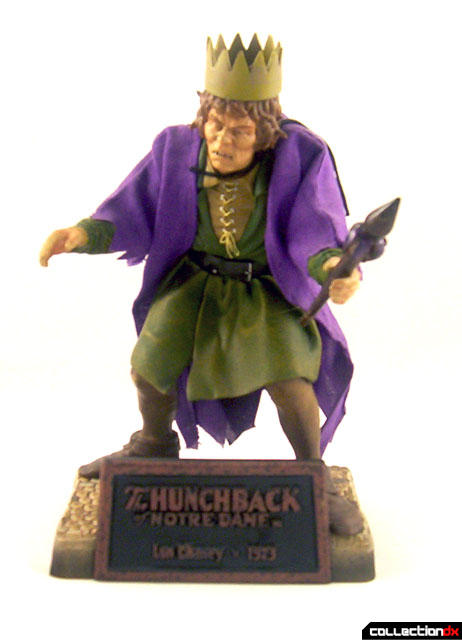 The Hunchback Of Notre Dame was released in the third series of 8" Universal Horror action figures and was also released in a black and white Silver Screen Edition. 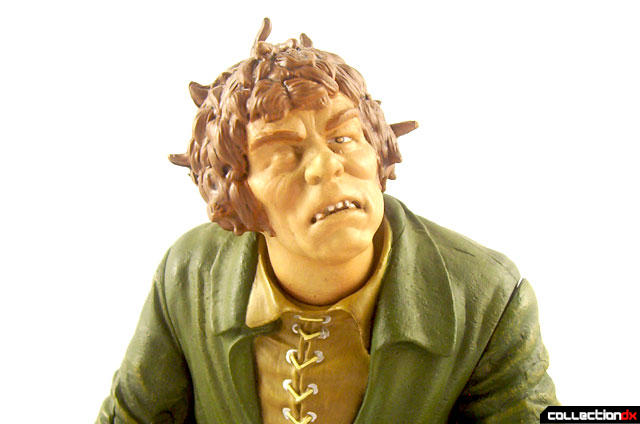 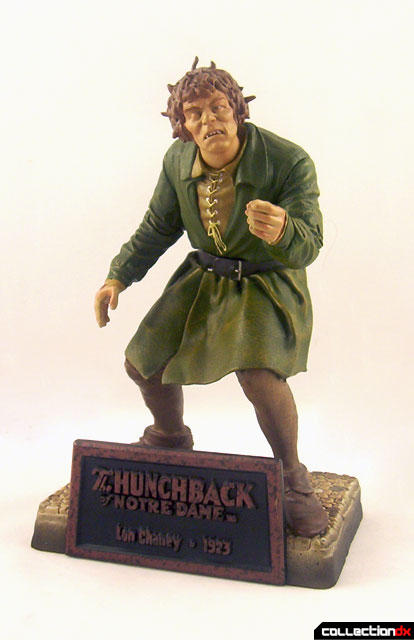 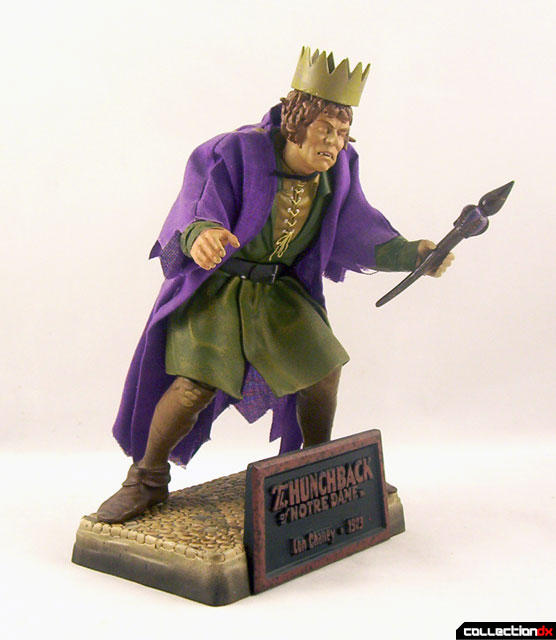