The Hiya Toys Colonial Marines line is a line of 1/18 scale action figures based off the Colonial Marines video game. Each figure comes packaged in a lightweight cardboard box with plastic clam shell insert. Included in the box are the main figure, carbine rifle, pistol, motion tracker, helmet, and display base. 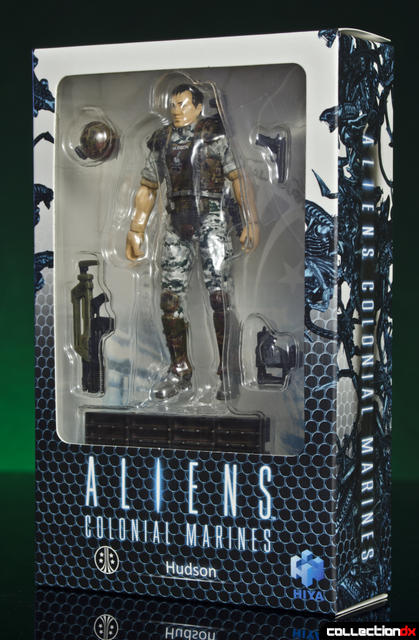 Hudson stands almost exactly 4 inches tall with his helmet on. NECA Aliens will dwarf him, but Figuarts Aliens will scale very nicely with him. Hudson also scales very well other 1/18 scale figures. 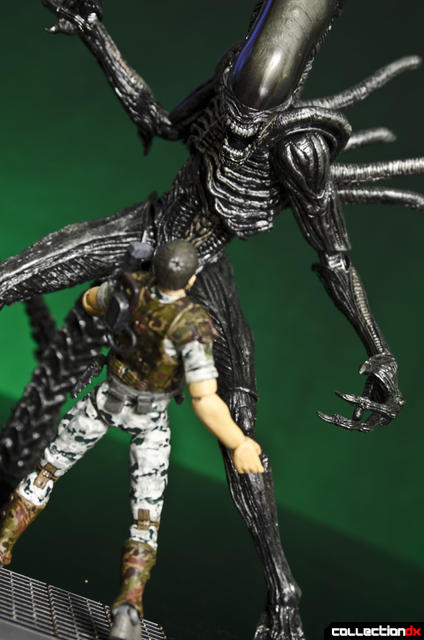 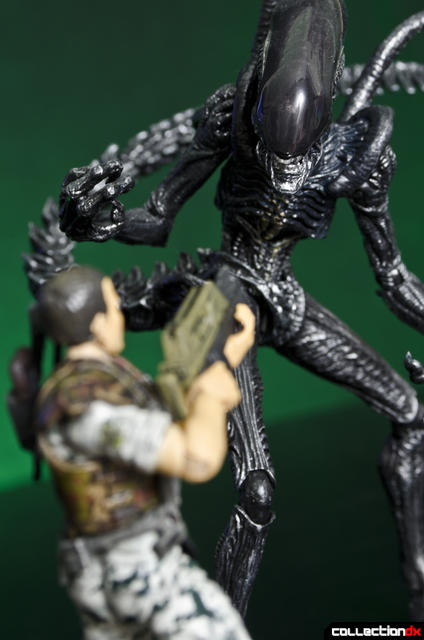 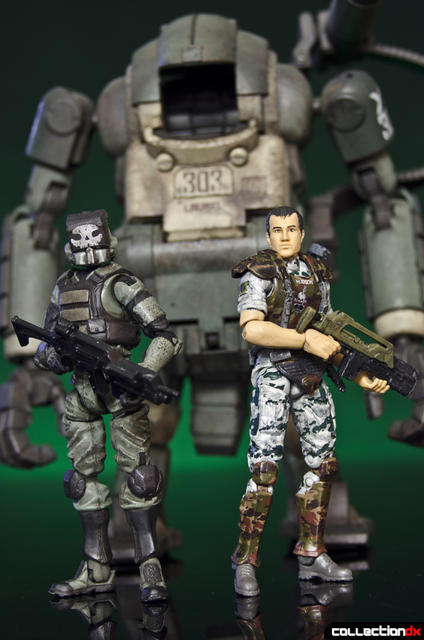 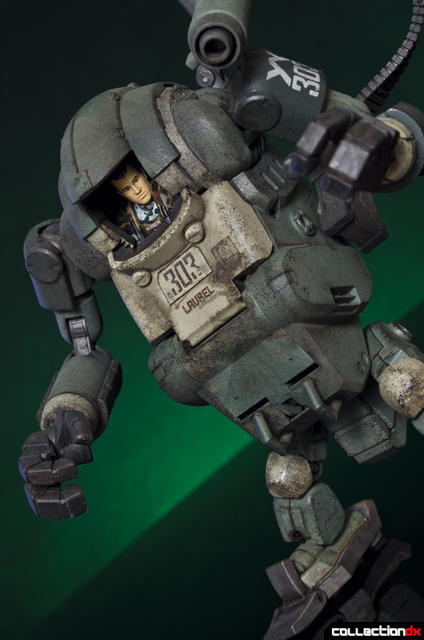 Hudson's articulation is very nice for a 1/18 scale figure. He has excellent range in his hips and ankles which allows for a wide range of dynamic poses when paired with the display base. Articulation in his shoulders and arms is limited, but that's not uncommon for the scale. 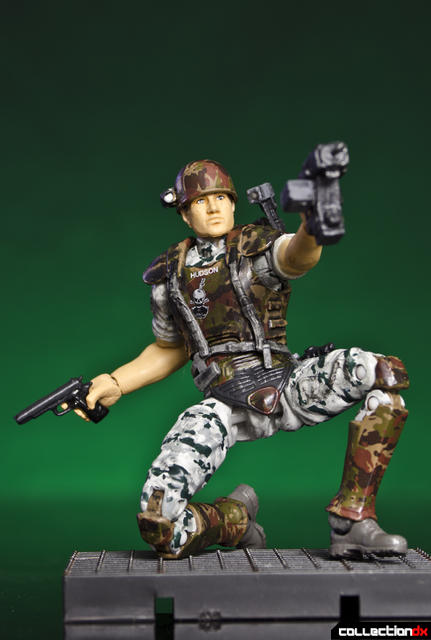 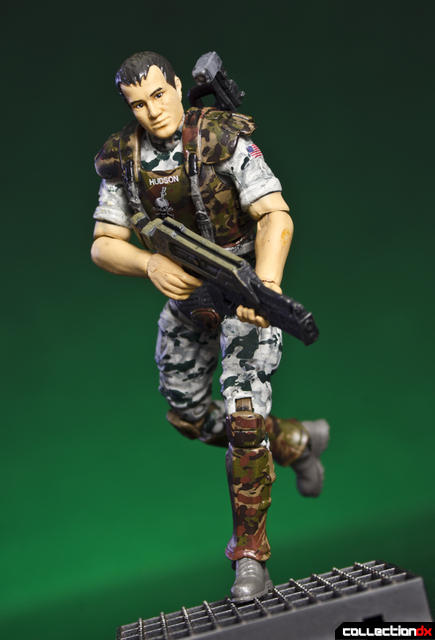 Hudson's rifle holding hand has a sideways hinge that allows him to grip the rifle with both hands. 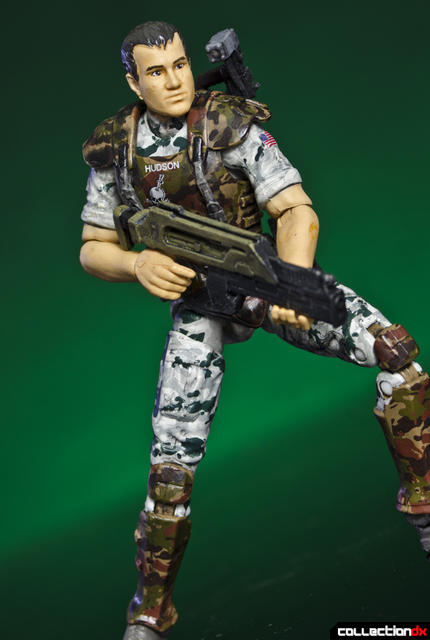 Hudson's ankles have both forward and back motion, as well as side to side motion which is very nice, and not common for figures this scale. 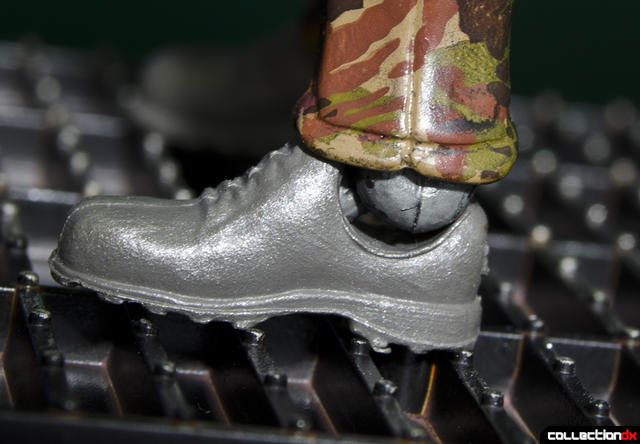 I have some issues with Hudson, the first of which is that he doesn't actually look like Bill Paxton, although I guess likeness's are hard to do at this scale. 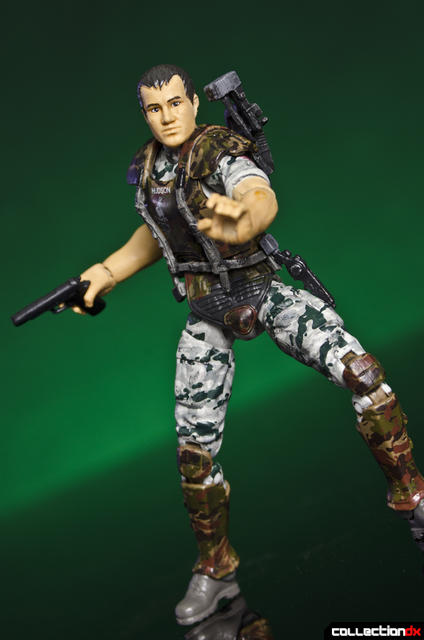 Second of all, Hudson's paint is a mixed bag. While he has some very nice tampos and painted camouflage, the paint is too thin in some spots, while too thick in others. Also Hiya made the unfortunate decision to paint his joints. Of course the first time you move them, the paint flakes off. On top of that, several of his joints where stuck due to paint sticking. 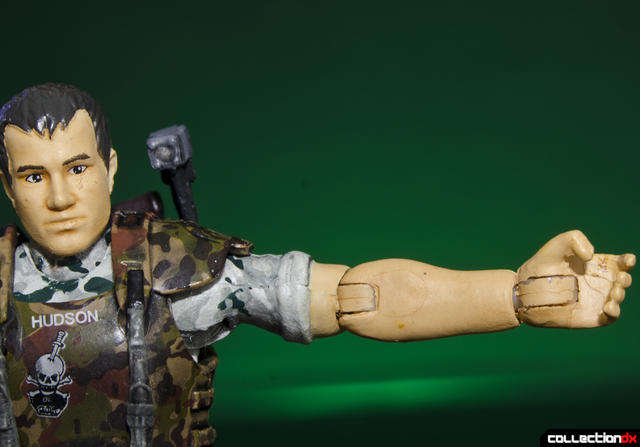 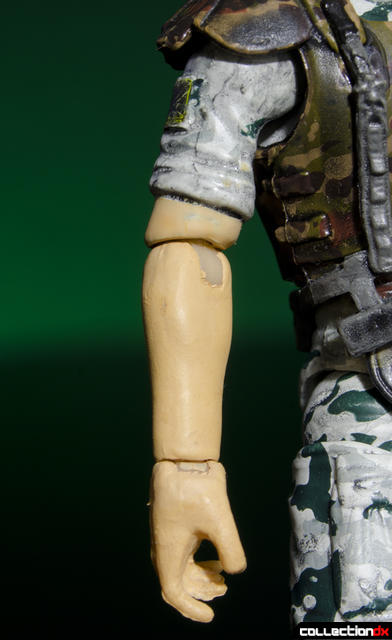 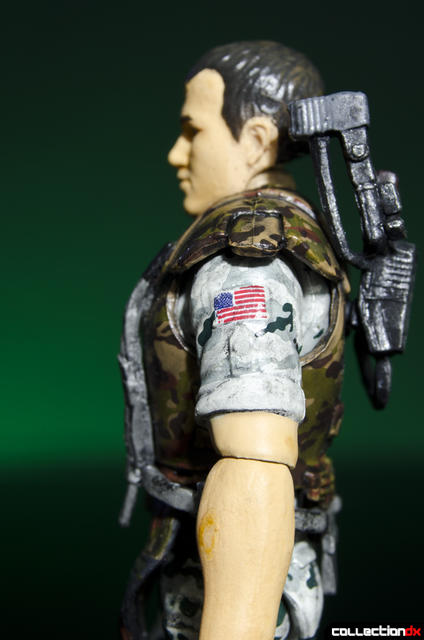 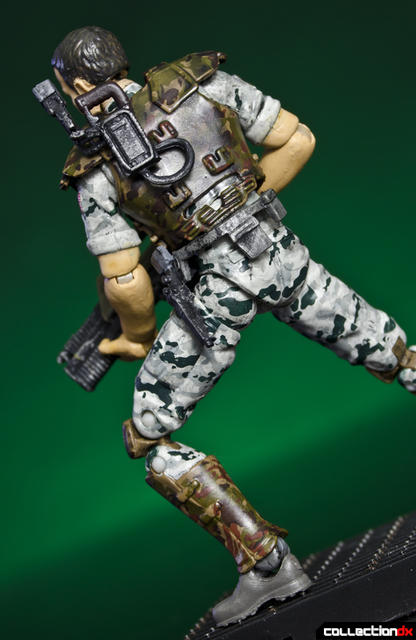 The last issue is the price. $22 is a bit steep for a 1/18 scale figure. Certainly not the most expensive in this scale, but not the cheapest by far. Although with the amount of paint apps, and licensing rights to the Aliens property, I suppose it's unavoidable. 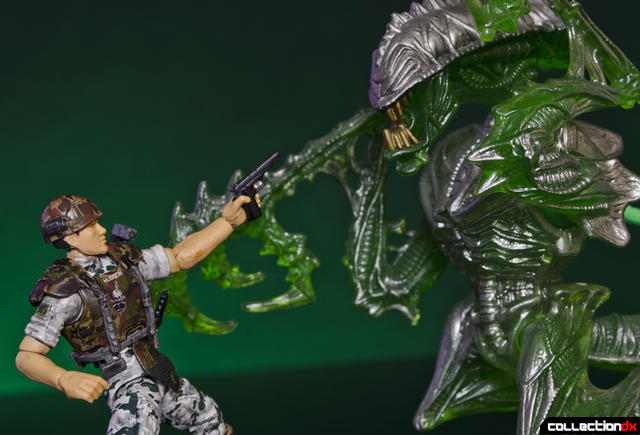 All in all, Hudson is a decent 1/18 scale figure, and if you're collecting the Hiya line, he will make an excellent addition to your collection. 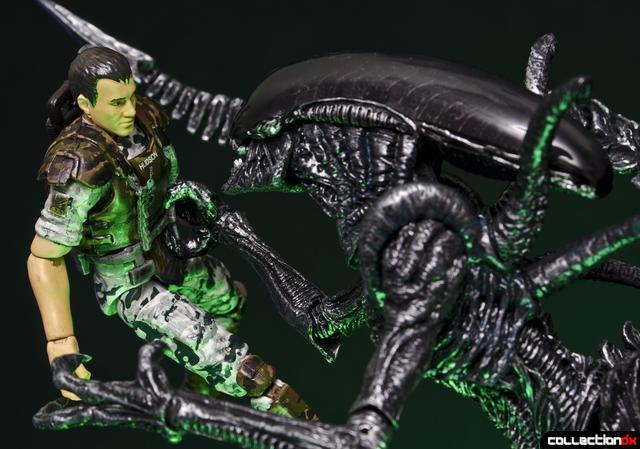 1 comment posted
Wish come true for all the fans...