Micheal Keaton as Batman? Still seems off to me, but the movie was both definitive and media enthralling in the 80's. What has stood the test of the time, however, was the Batmobile! Cool lines, imposing fins, huge jet engine, and that cool armor effect. It was both Gothic and innovative while not garish or buffoonish like the Batmobile in the horrible Val Kilmer or Clooney movies. 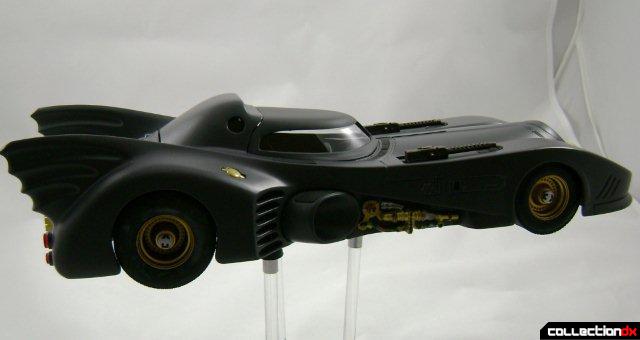 Hotwheels released this car a few years ago, but this more recent release is part of the Elite line. I highly recommend spending the extra money and getting the Elite versions of all Hotwheels cars. The outer metal shells are the same in appearance, but the realistic interiors, extraordinary details, and additional attributes makes the regular version a poor substitute (I must state for some reason the original 1989 Batmobile was much closer to Elite quality than the other two [1966/DK] Batmobiles I owned). The packaging is a cool flat black with the silver Elite logo, large window, black mounting plate, and background display inside (be careful of the yellow edged regular version boxes on eBay!) 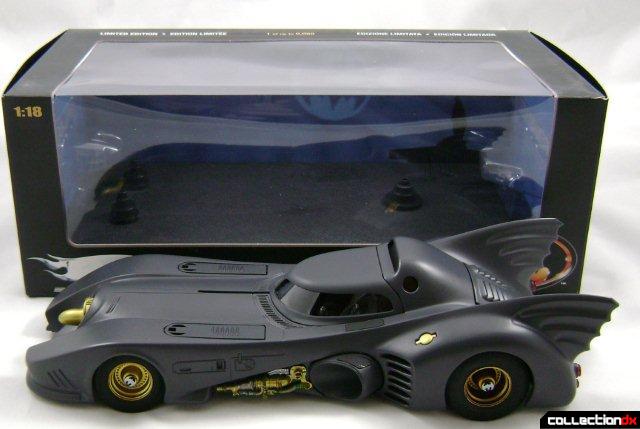 The slightly grey hue to the car and weird golden engine colors make the regular version seem better in paint scheme somehow ( all the other Elite versions kill the normal versions in all aspects) but it still has the great lines and intricate appeal. 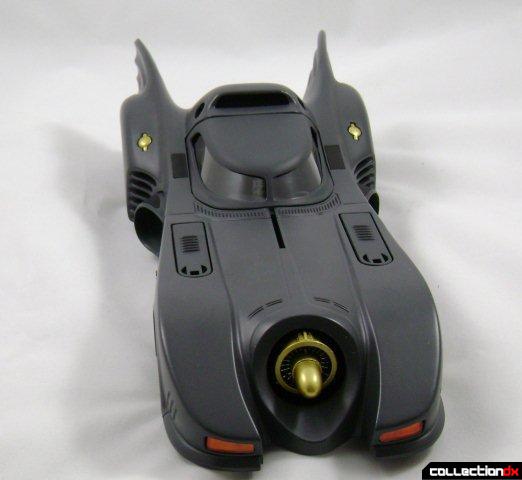 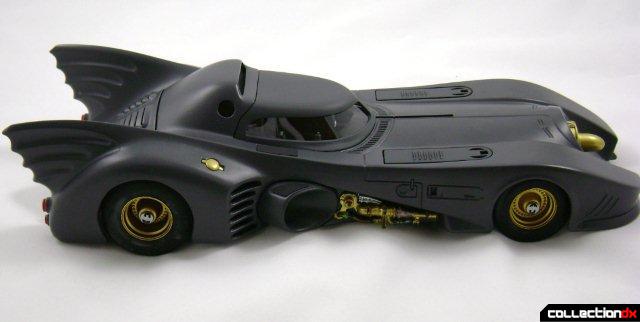 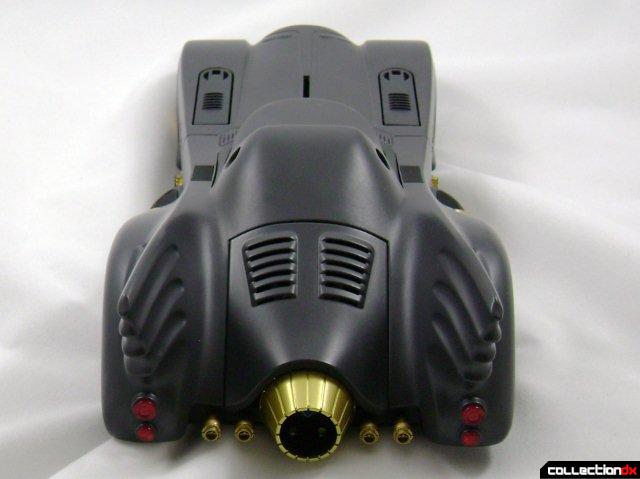 Elite versions open up all over the place in contrast to the metal brick-like normal versions and for the 1989 version, it equates to sliding out the engine, canopy opening, guns spinning, and trunk opening. 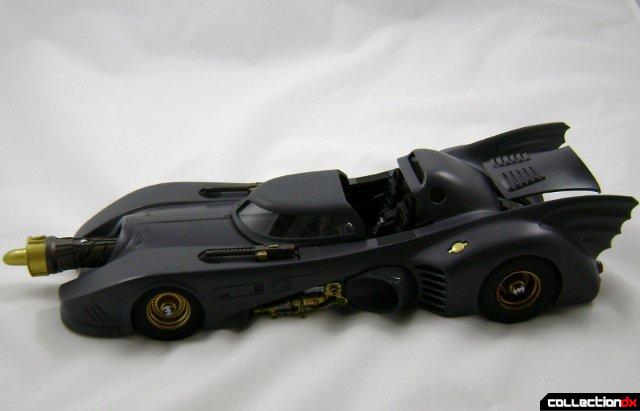 I like the silver metal of the normal version, but will live with the gold. 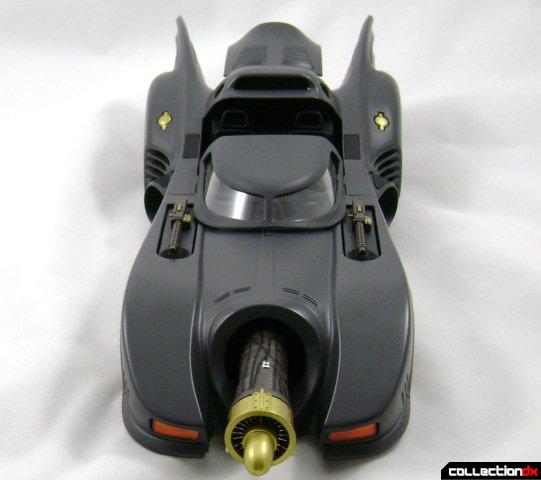 The trunk opens to examine exhaust. Look at the cool blue etching on the engine. 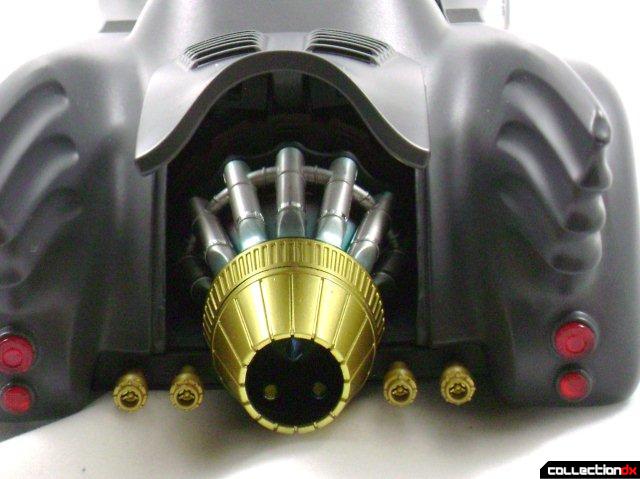 After you slide back the cockpit, you understand the need for the Elite line. The detail and broken down colors in the dashboard are great. 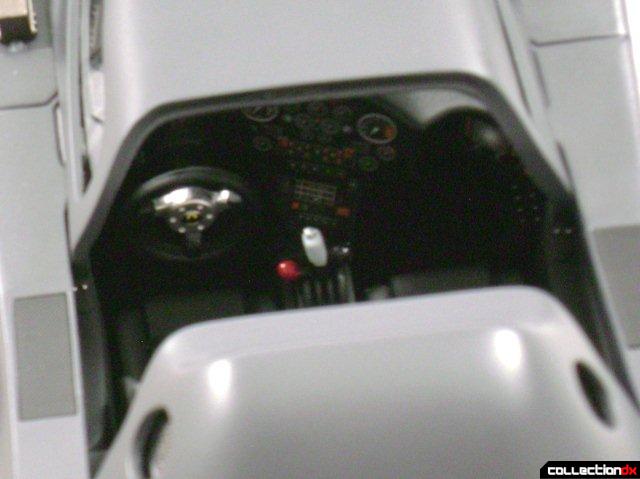 The Elite version goes for around $84.99 plus shipping. So why not get this great Hotwheels Elite 1989 Batmobile, your collection needs it, especially if you grew up in the '80s! 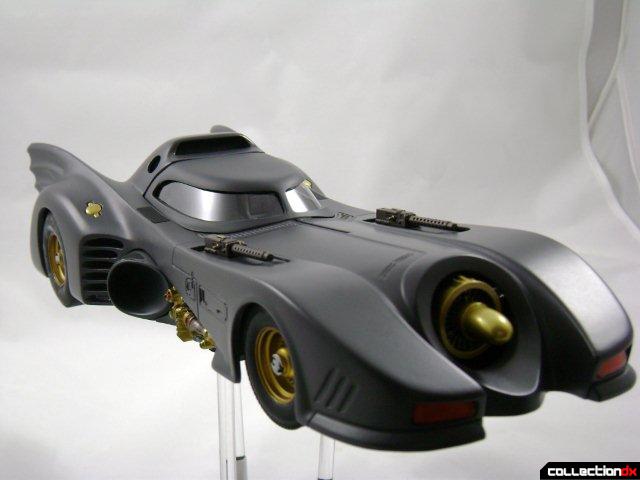 9 comments posted
Aww- no luv for the Tumbler?

Aww- no luv for the Tumbler?

But seriously, the '89 Batmobile was sweet. (Although I kinda dug the flash of the Kilmer version.)

Have a review for tumbler in Ben's cue to edit/check, love the design and the hot toy version...the Hotwheels elite was just a relabeled normal version:(

With the exception of the rear engine bay access, grey hue & gold chrome. I'm sure the 1989 release is identical in quality... either way, this is my favourite Batmobile, period.

I agree about the regular 1989...just sold mine long ago...not sure if the inside cockpit was just as detailed

Do the guns rotate by spring/button release or do you manually rotate them into place?
Great view. looks slick!

have to flip by hand, but easily

I still dig this design, despite the oddball additions in Batman Returnslike the rotating lift and bat-missile form.
I imagine when this toy is placed on a black background, the grey tone would make it look "lit-up" like in all those publicity photos with Keaton, Burton and Furst. But the gold trim is just wrong to me and kills any desire for me to pick this up. :-(

can the back open on the non elite versions? it looks like it can but I don't want to force mine in case it breaks.

Posted by Impossiblepie on 27 December, 2014 - 14:15
Details of the windshield and side windows

Ecently, I bought this model on Ebay was disappointed parts windshield and side windows. They are made of thin plastic and fast and Packaging waste dumps. You too? Skills is an analog - Hot Wheels Batmobile Batman Return. There, these parts are made of sturdy clear plastic.