The Invisible Tracker Predator is one of the four Predators from the 2010 movie, "Predators". I have not seen the movie. 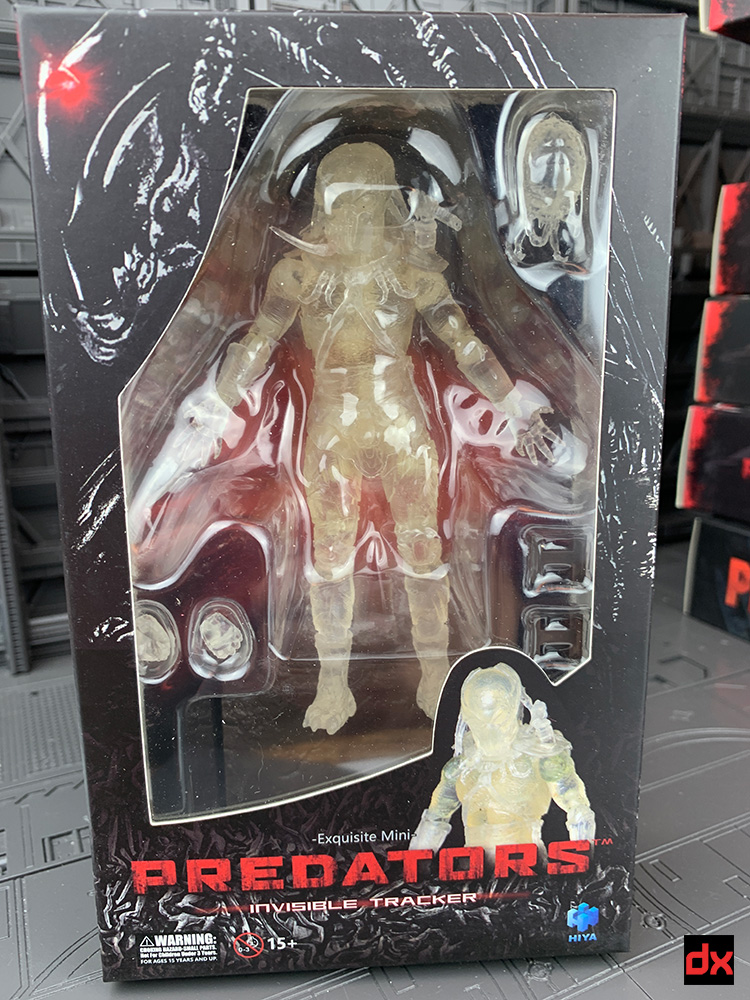 Now, I love clear toys as a rule. Color variants are par for the course with toy makers, hoping to get the most life out of their molds. It seems like Hiya has made an "invisible" variant for every one of their Predator figures. It's hard for me to review this one because I don't have the proper version to compare it against. 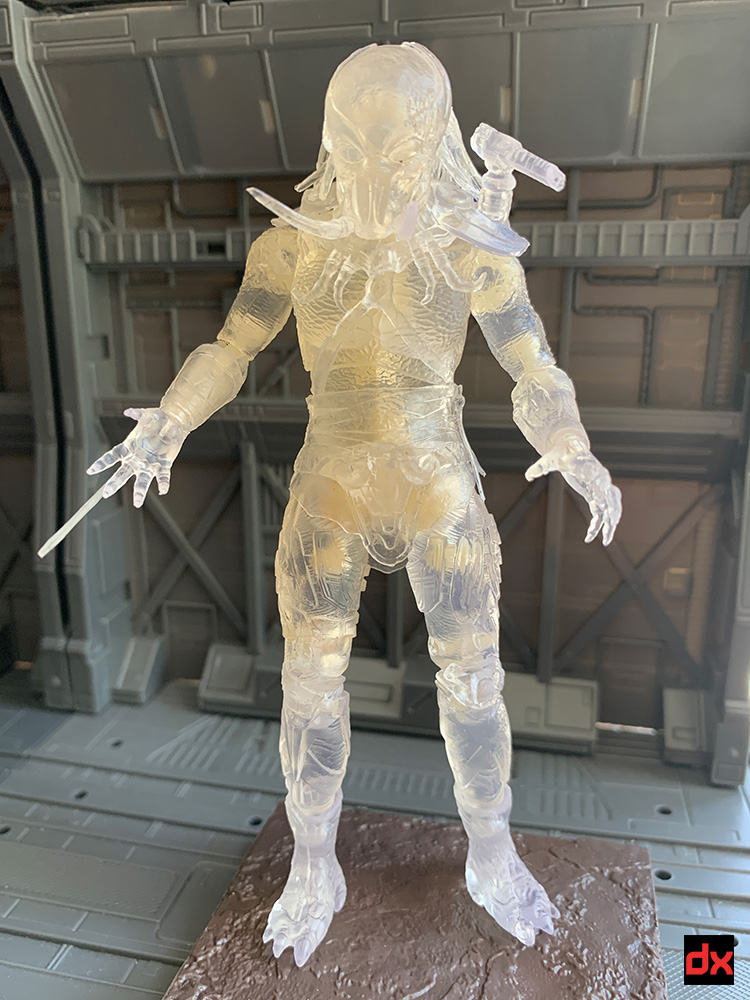 Overall it's cool, but it uses the older style Predator body. This means no bicep swivels, no new double joint system, and visible pins in the elbows and knees. You can see the single joint elbow in the below photo. Also, for some reason the rubber for the clear version is softer than the rubber for the regular version, making points that rely on friction a little loose, like the ball joint that mounts the gun to the shoulder. 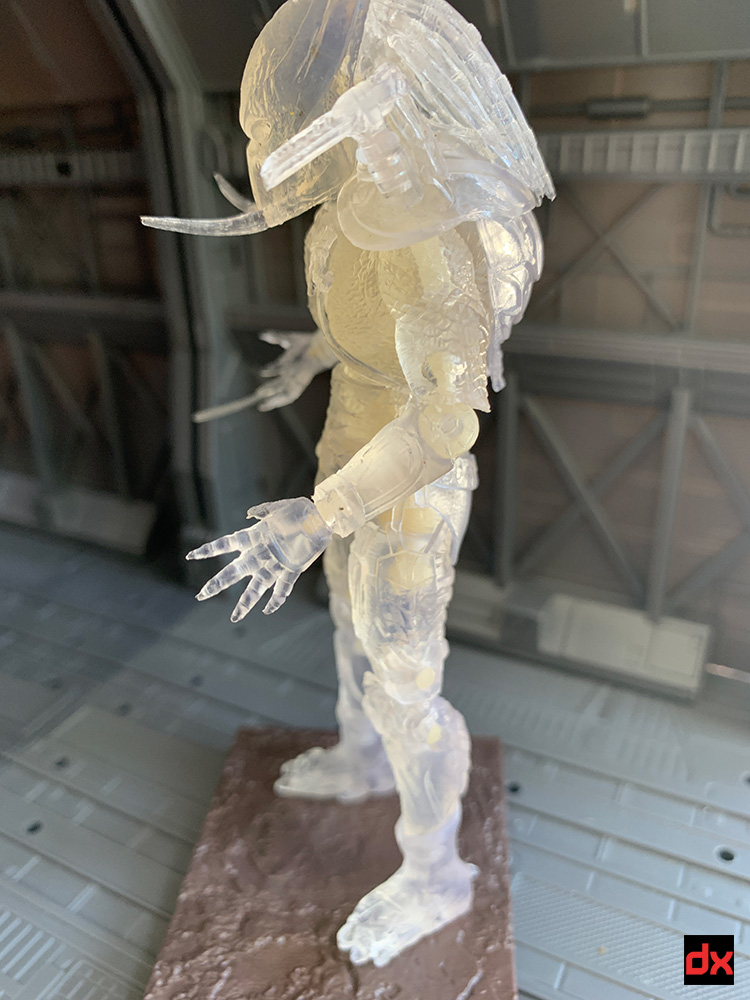 And while not a problem specifically for the clear version, the design of the Invisible Tracker has boots, which means no ankle joint at all, which means VERY limited posing. 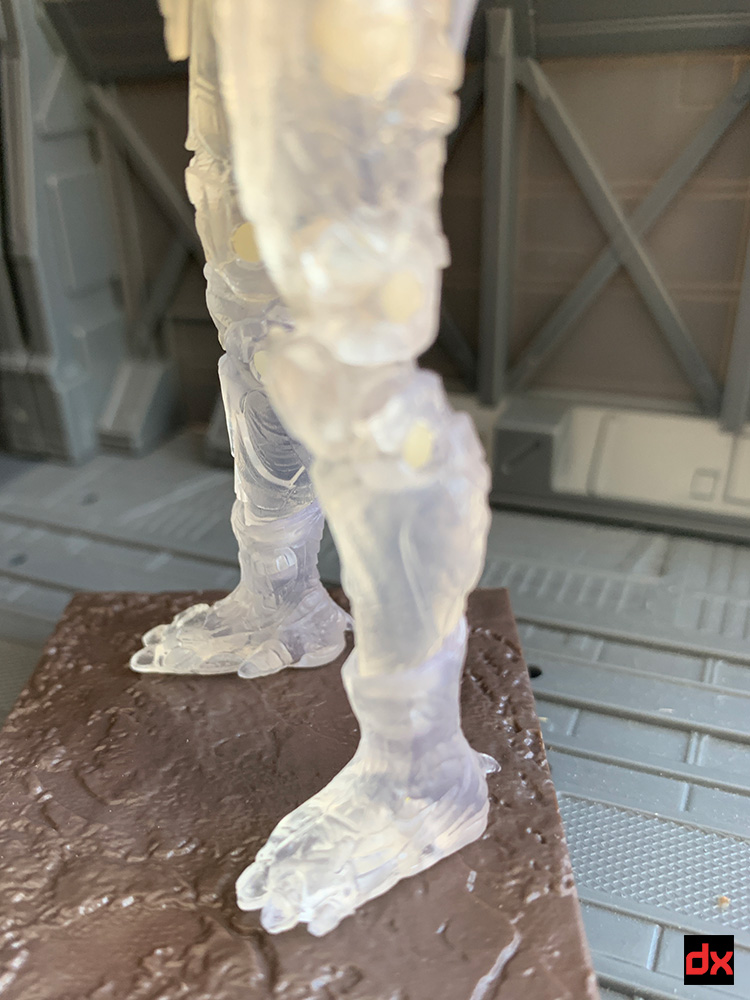 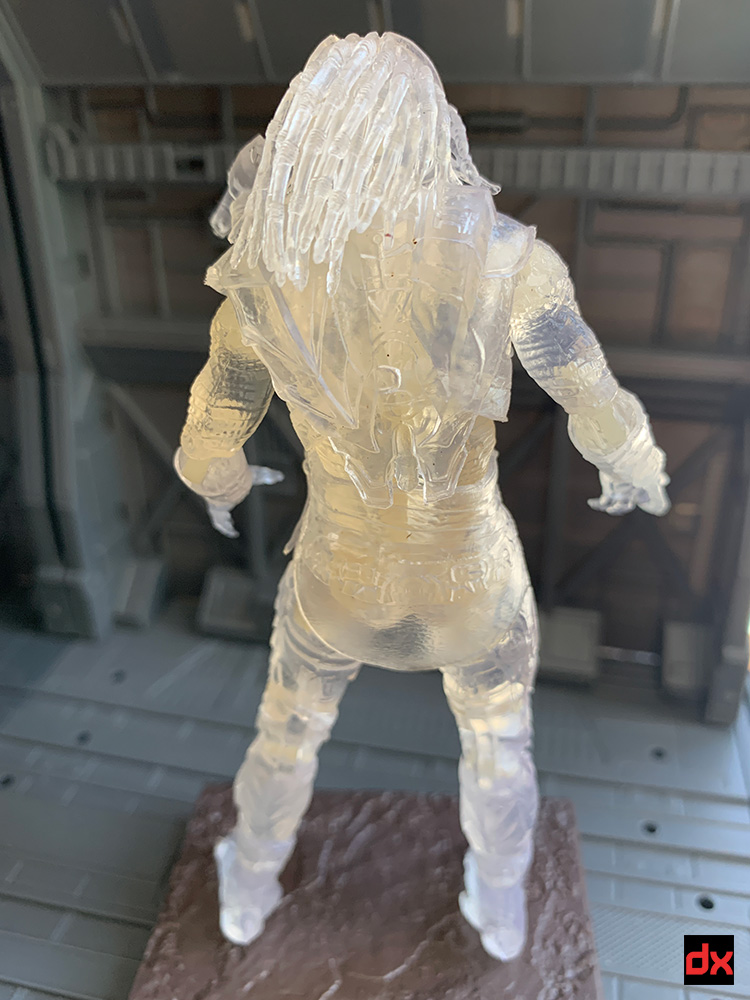 There was some flash still left on the blade on his right hand. 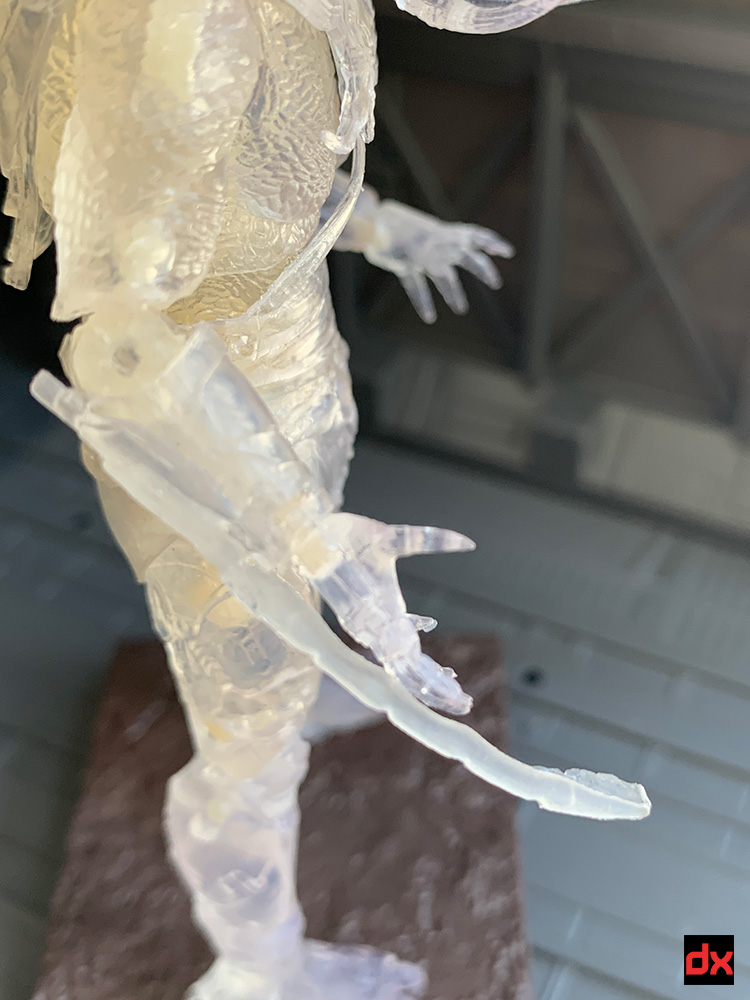 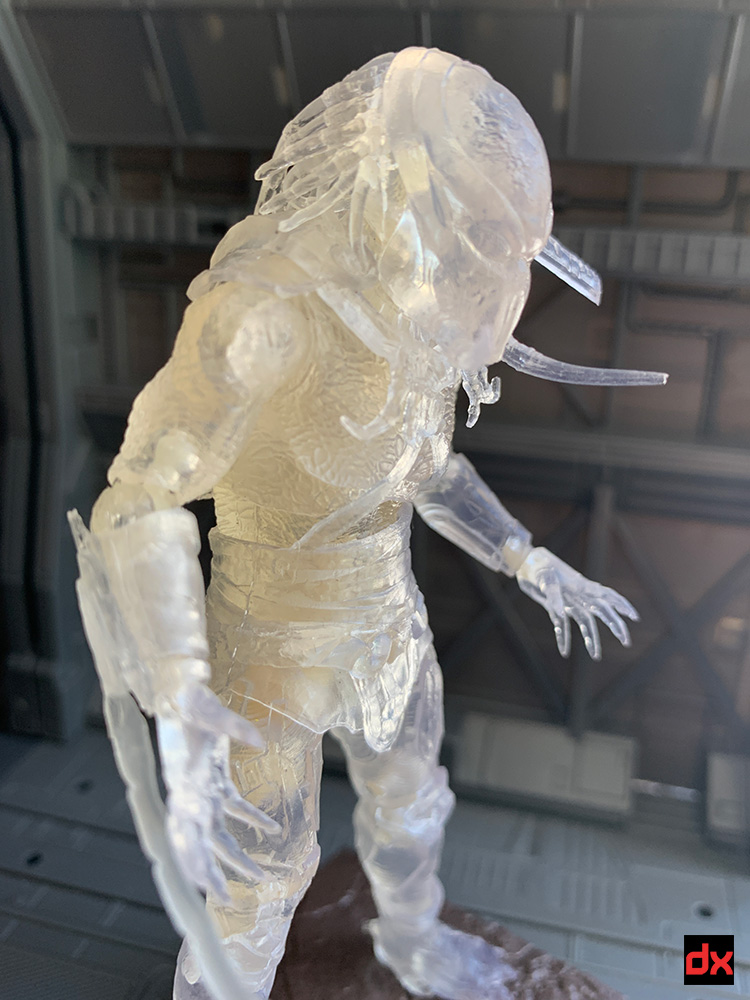 Accessories include variant hands (which I am not even trying), a Predator skull, baseplate, and connector parts. 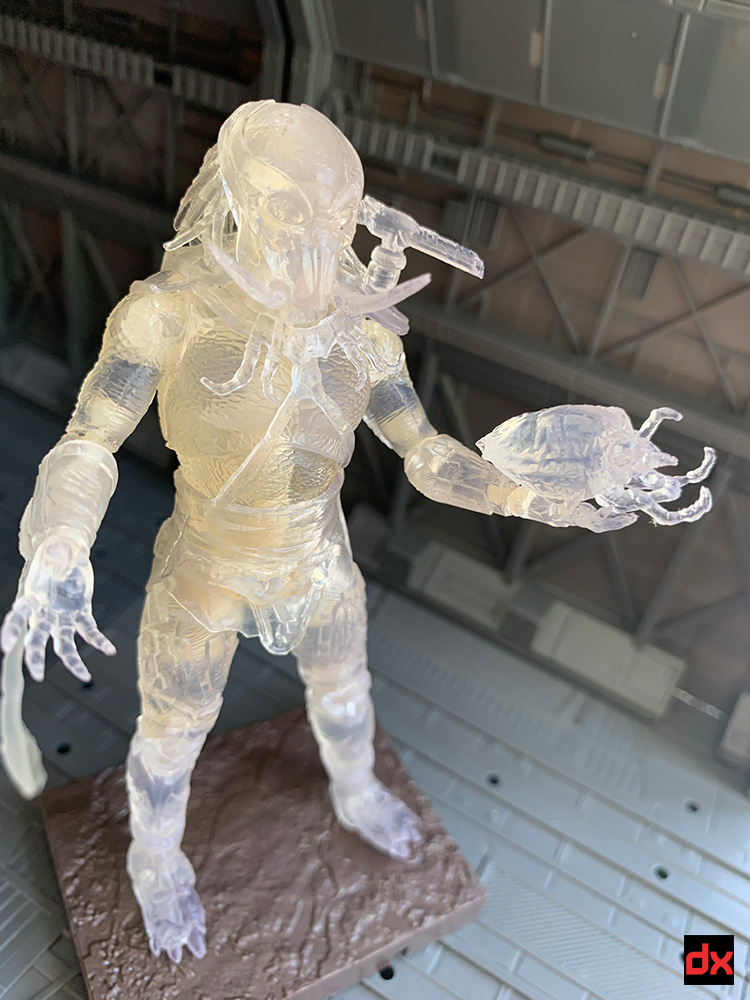 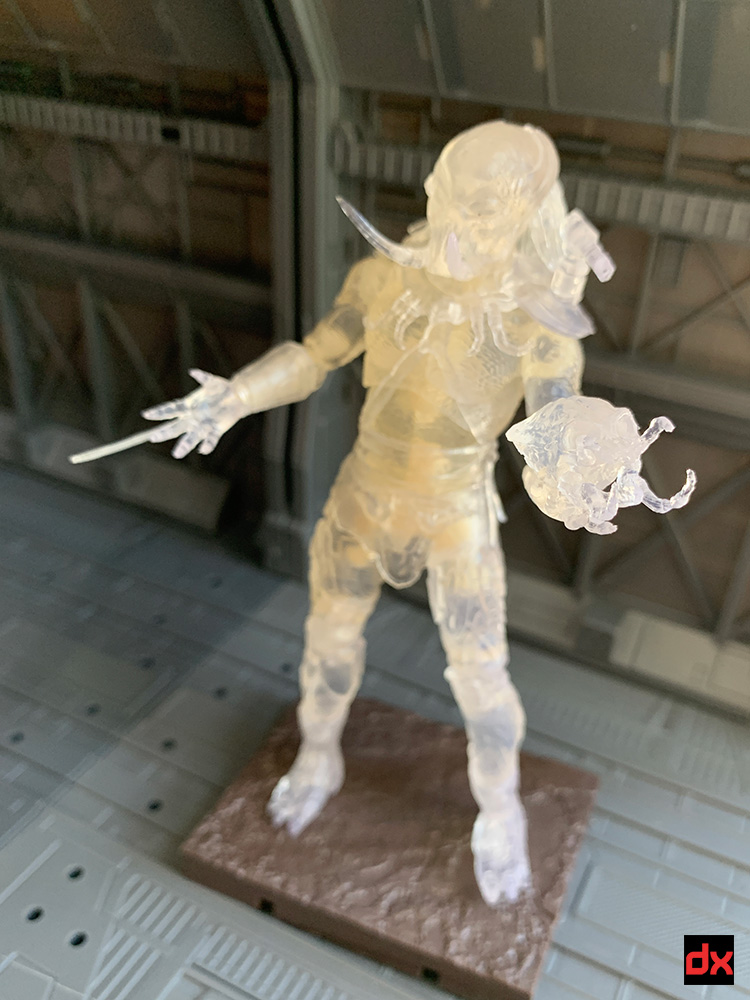 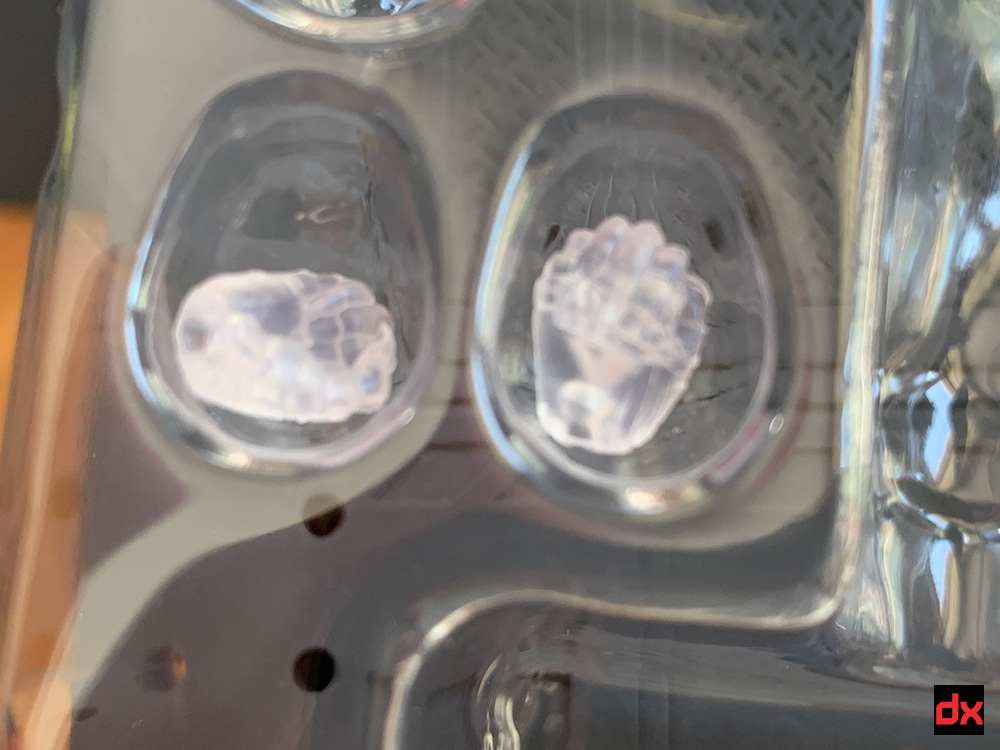 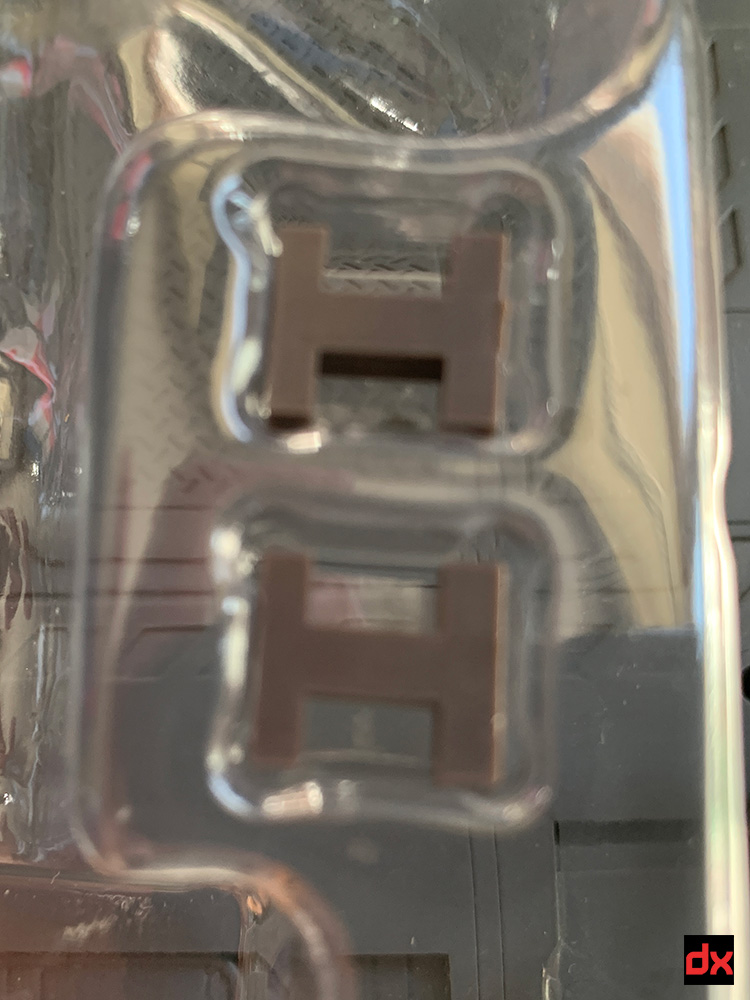 Again we see flaws in the execution, but the concept is cool. It shows how the older body style has not aged well, and the glaring omission of ankle joints is not to be overlooked.

If you want one, get yours at Amazon.