ED-209 should need no introduction, but he comes from Robocop and is a police drone that goes a little haywire. He's a super cool design, and now Hiya Toys has released a version in their Exquisite Mini toyline. He's 1/18 scale, in scale with their previously released Robocop figures, and he's super cool.

The box is sort of cheap - the flat black scuffs easily so even when it is new, it looks used. Inside the figure is secured in a clamshell. No instructions, no catalog, just the toy. Which makes discovering the toy an interesting, if not frustrating experience. for example, I had no idea this thing had sound until I found the battery pull-tab. 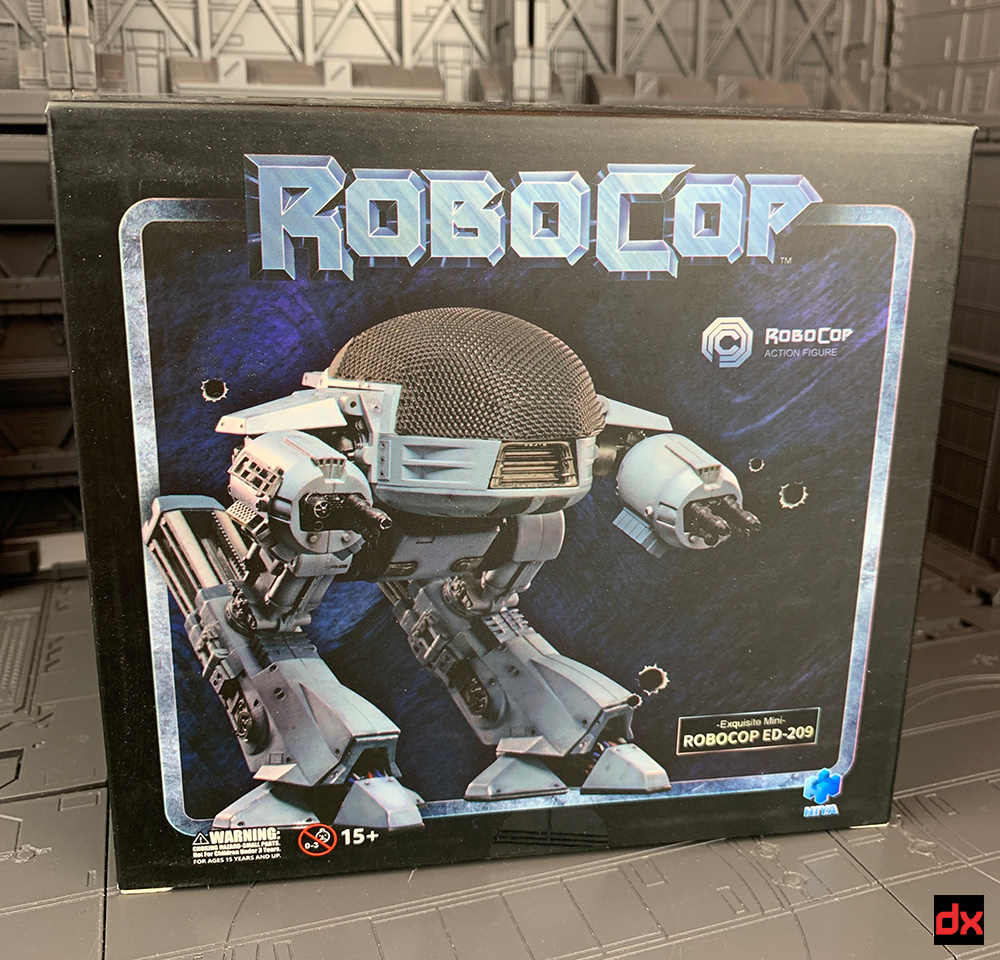 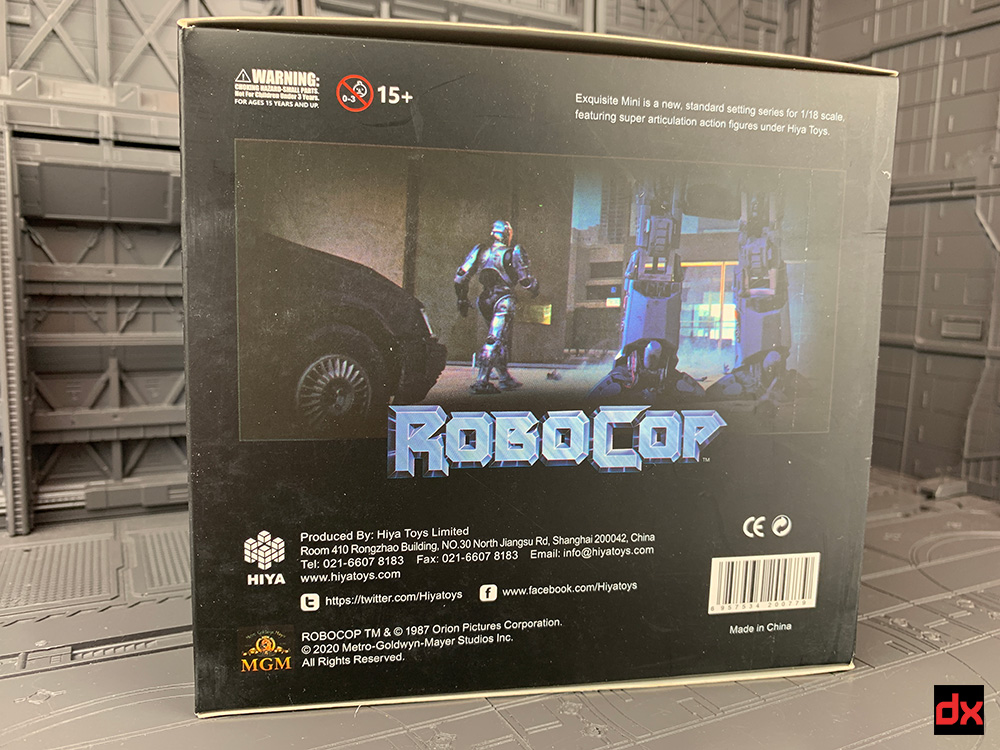 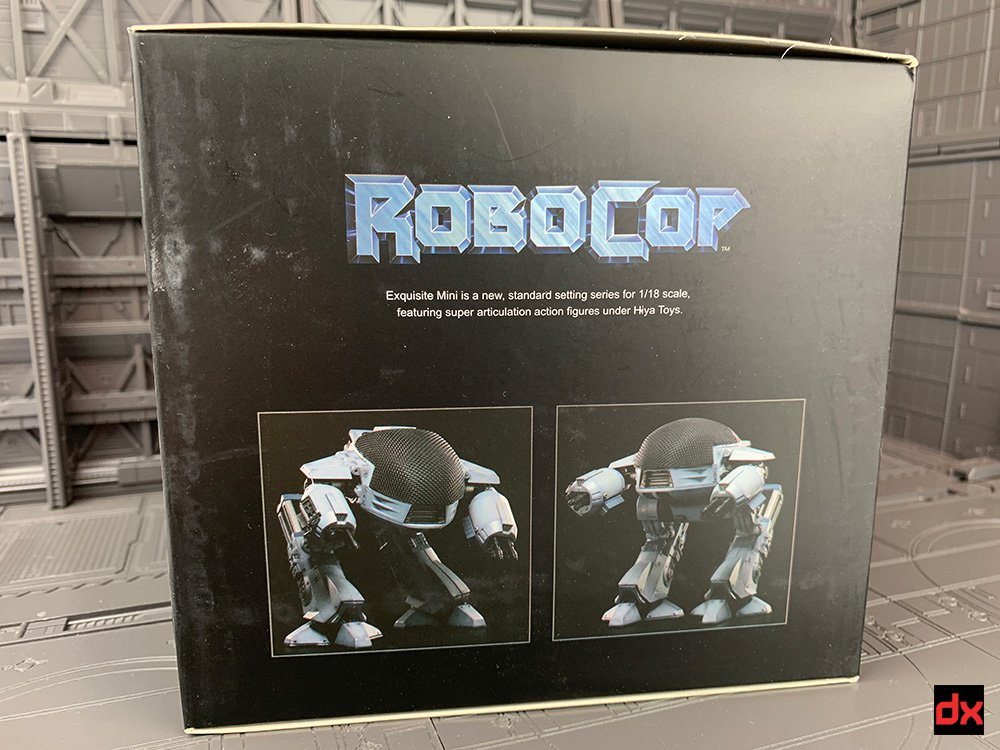 Out of the box, the figure is phenomenal looking. It has a great matte finish with weathered detailing. It just looks great, and I didn't see any flaws with paint or molding. 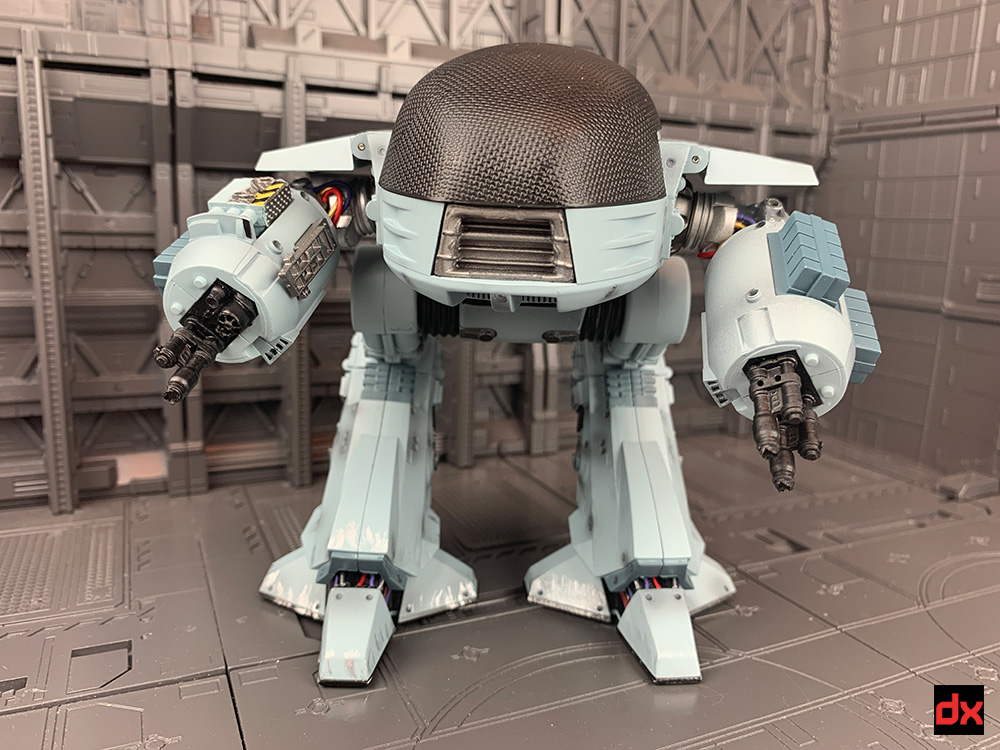 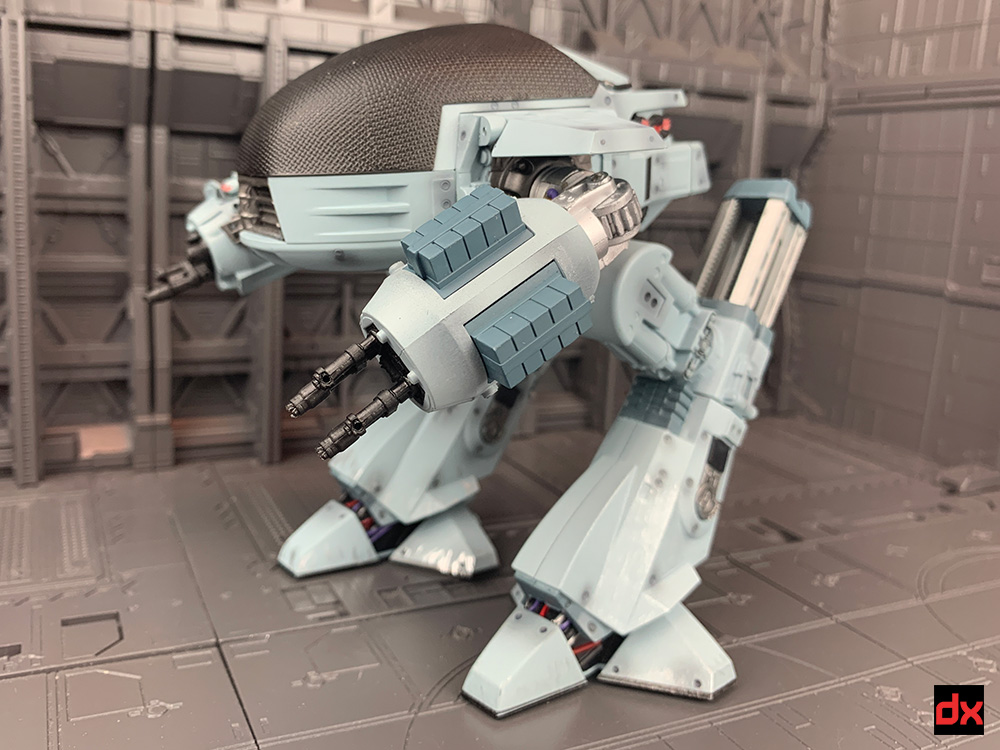 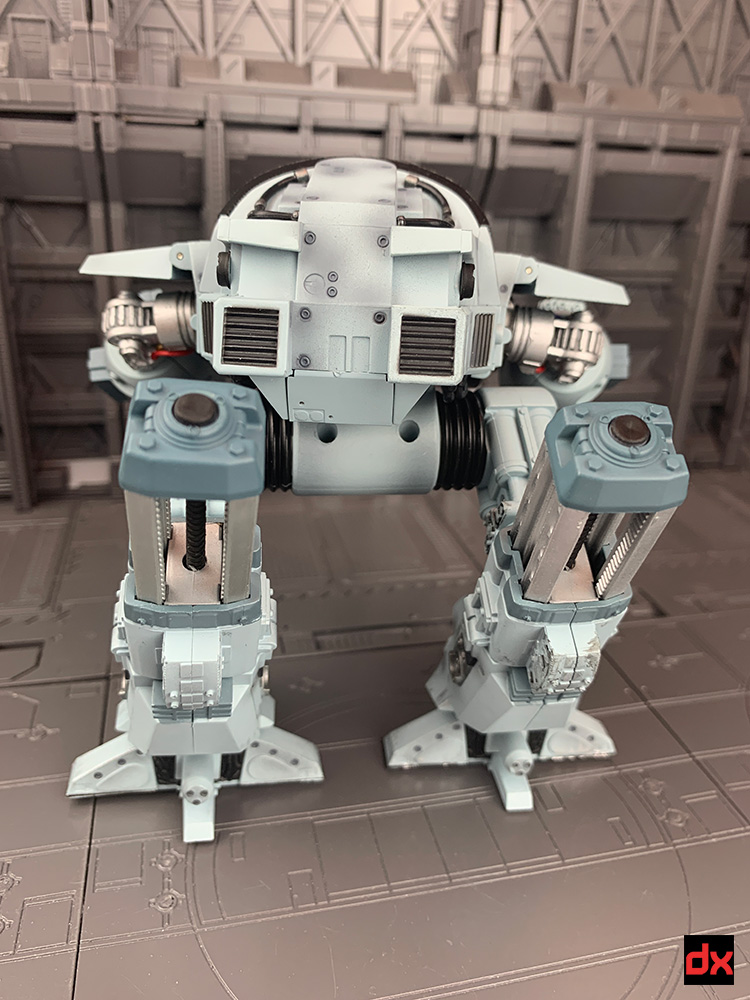 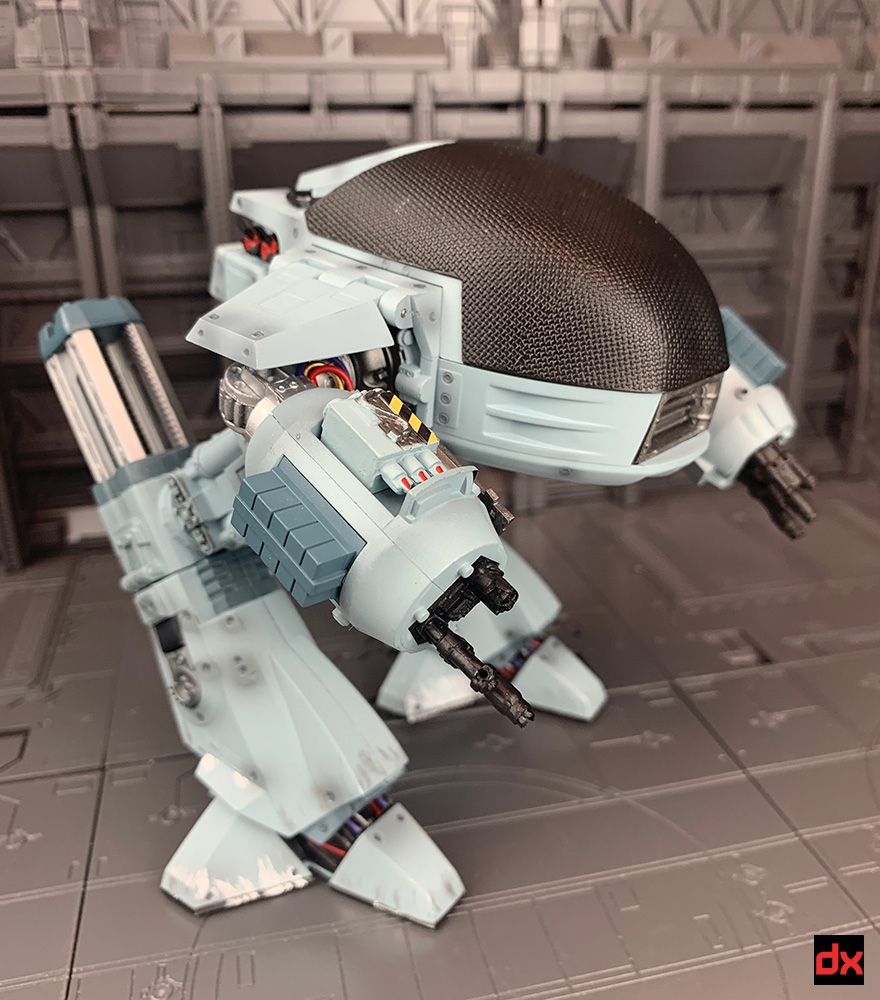 The arms have a detented joint at the body, a hinge elbow, and then a swivel forearm. There are small cables connecting the parts that look fragile but have stood up well to posing. The detail on the various mechanical bits is awesome. 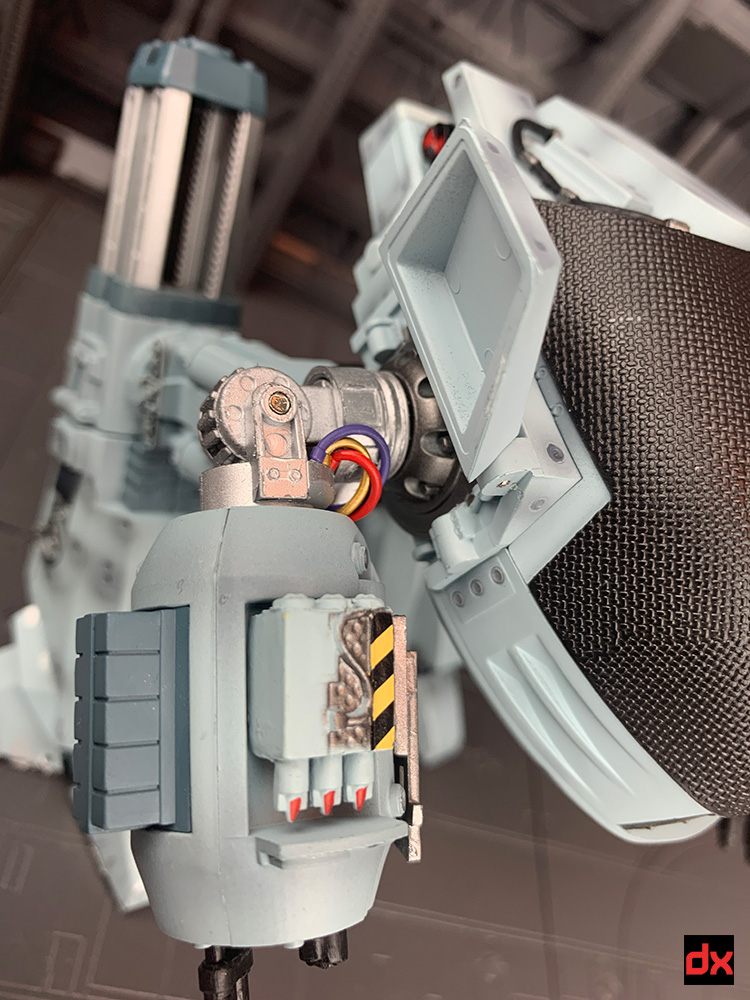 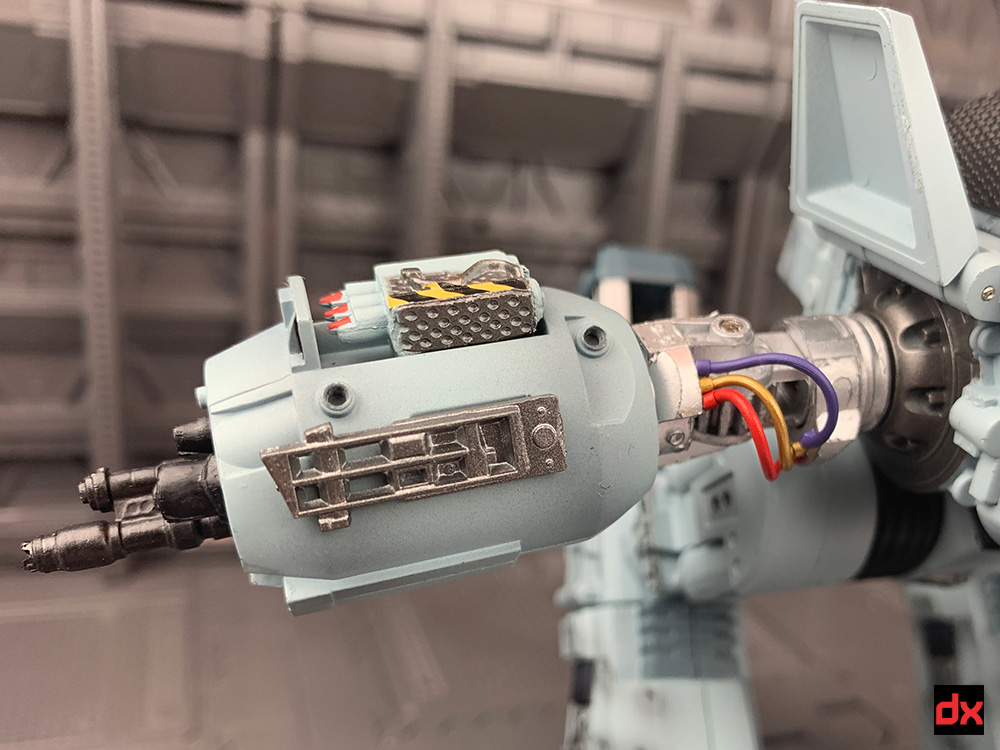 Articulated shoulder armor allows for a wide range of movement. 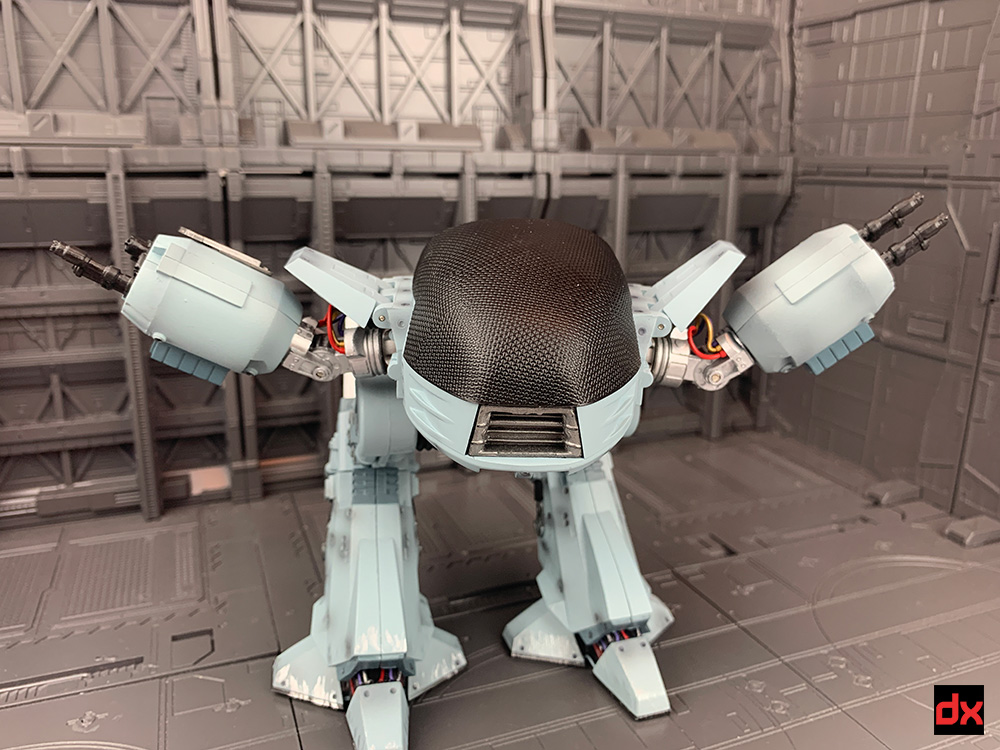 The legs have clicky joints at the hips, and a swivel just below the connection to the main leg. 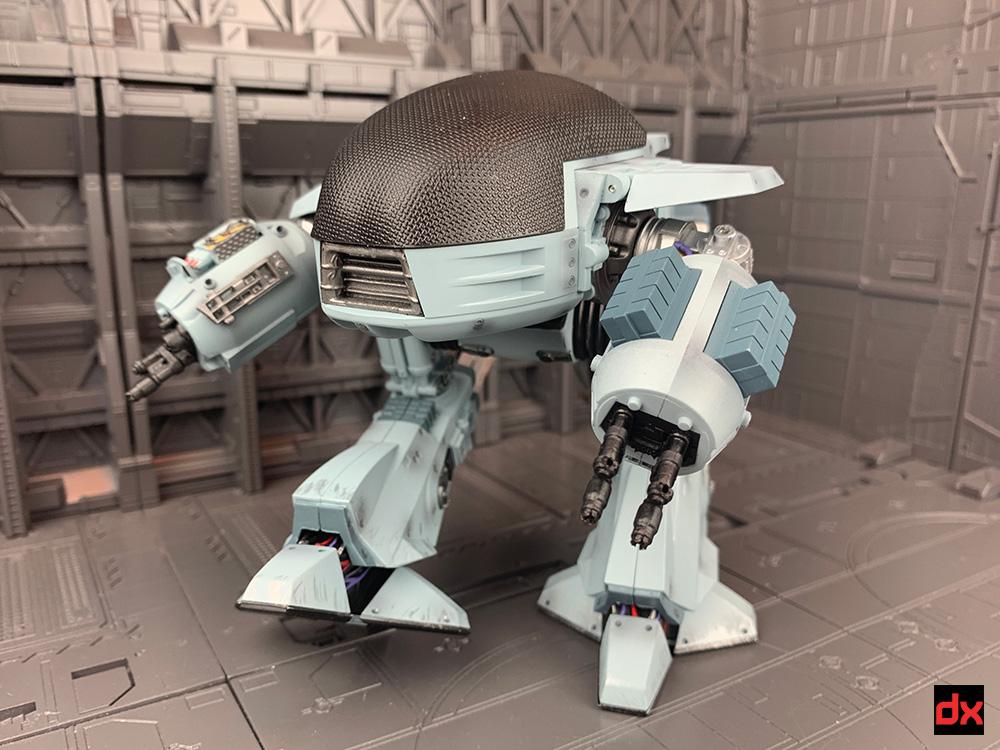 The legs can extend to give ED-209 some more height. The connection here is super tight, I thought I missed a release button or something, but no, that's just how it is. It's sturdy though, so don't be afraid to use a little force. 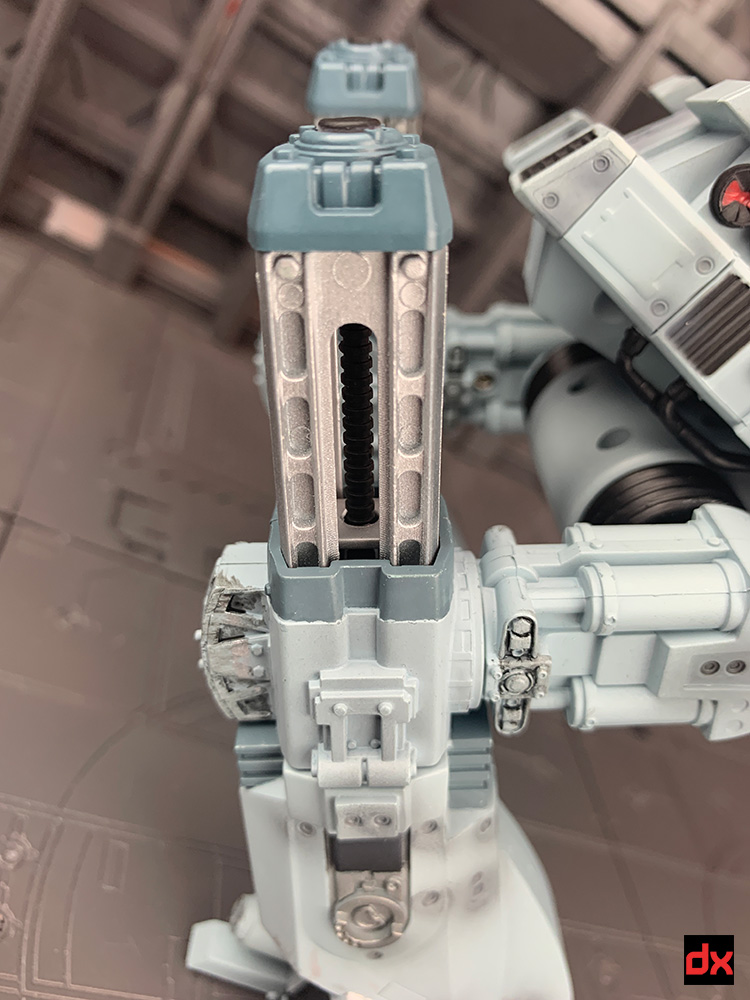 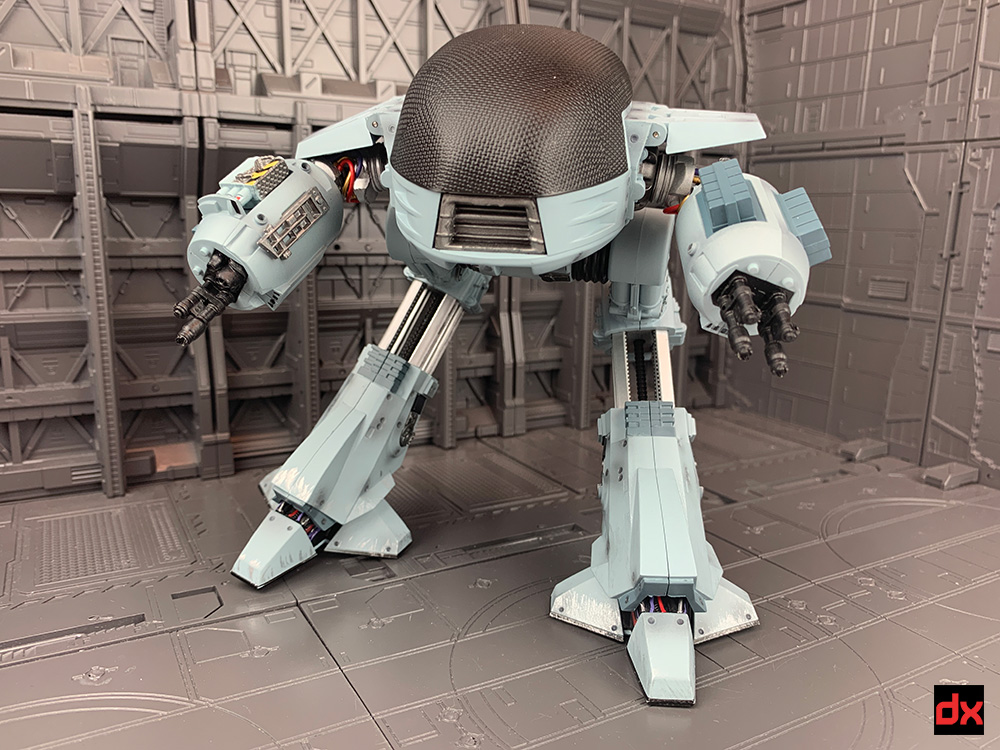 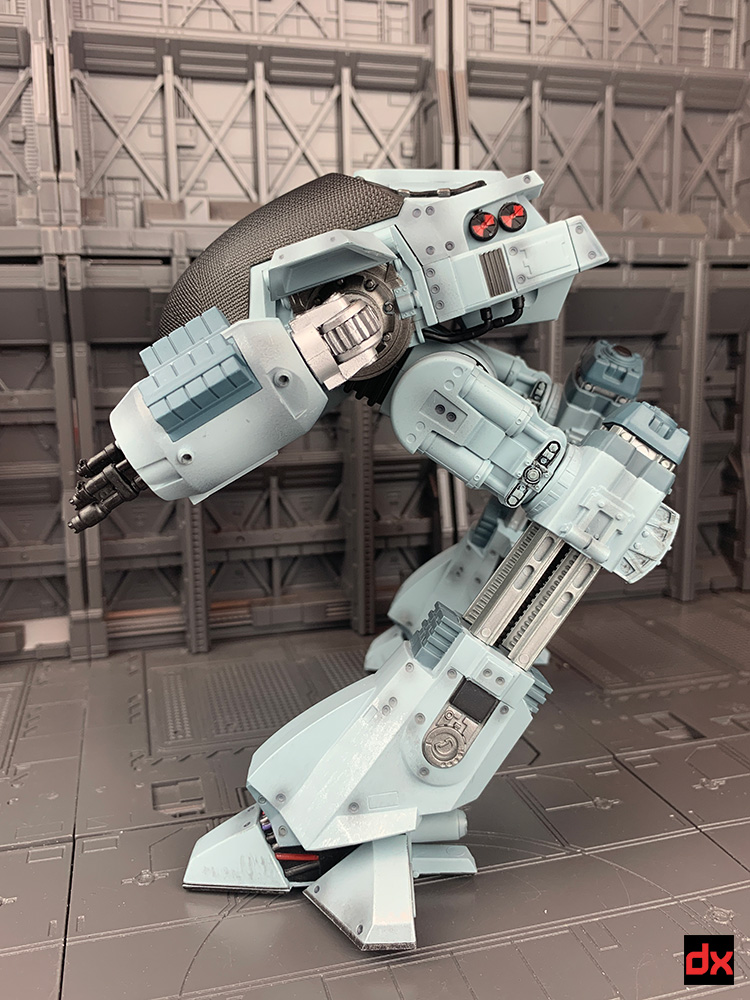 The feet swivel forward and backward, but no rocker ankles. The feet are one solid piece, but have nice detailing. 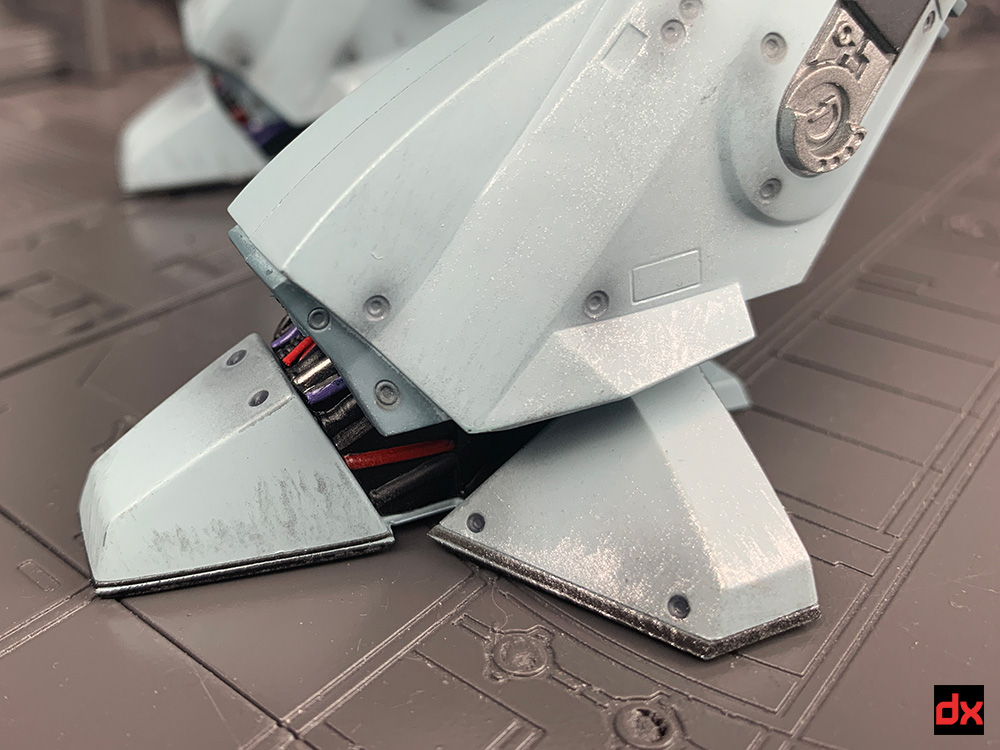 The button for the sound effects is behind the right shoulder. There are three sounds - "Walking" "You have 20 seconds to comply..." and "Machine gun fire". The talking sample is much lower in volume than the other two. 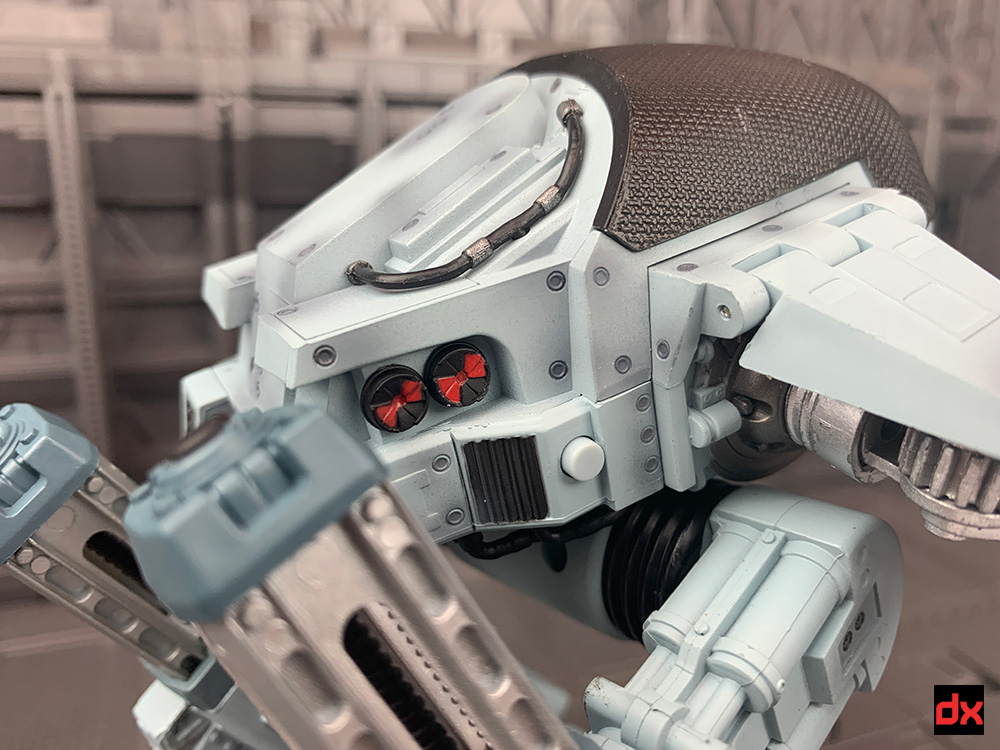 ED-209 is in scale with their other Robocop figures, but the difference in finishes is really off-putting. Robocop is too rainbow-colored to fit in with the more realistic ED-209 aesthetic. 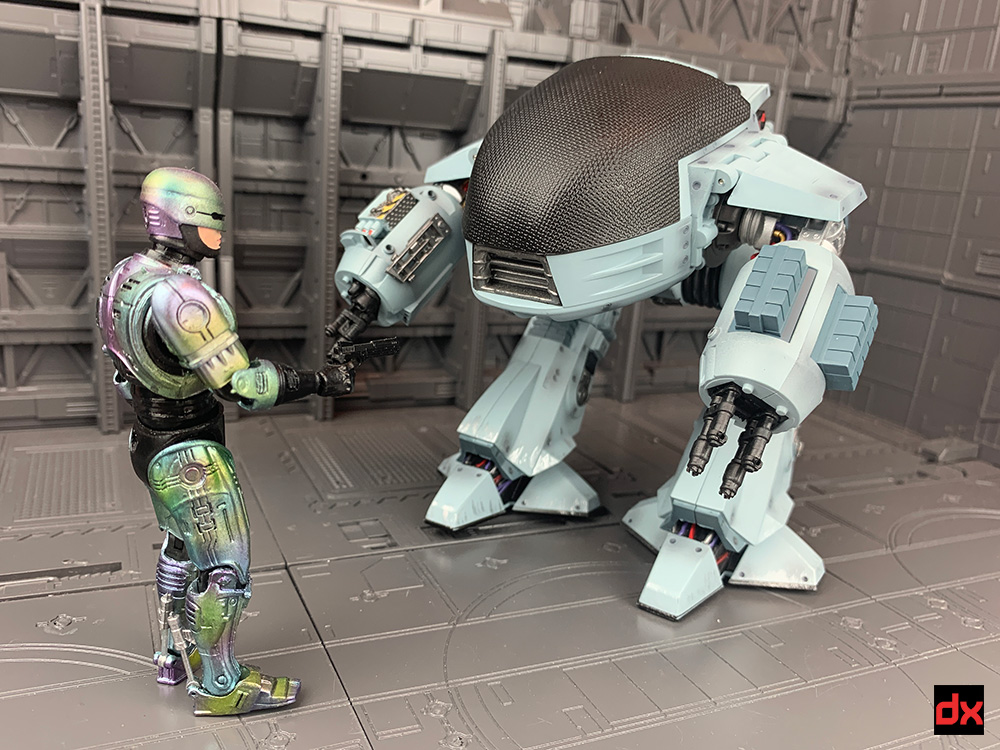 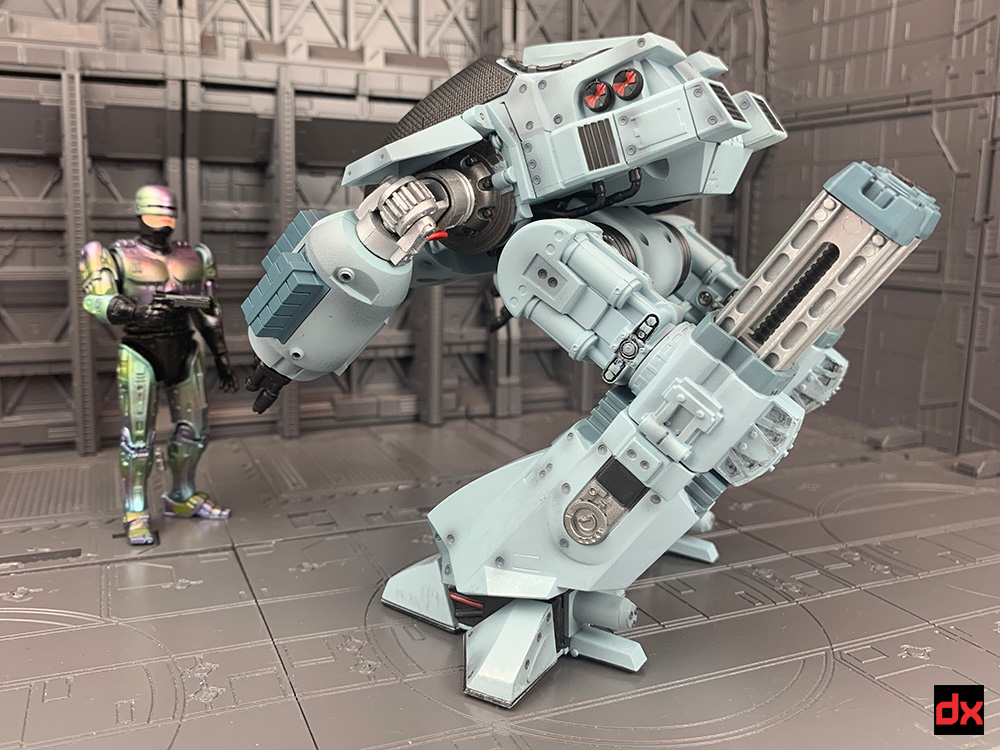 Thanks again to Hiya Toys for the sample. If you want one, head over to Amazon.com