The Chopper Predator is one of three Predators featured in the Aliens vs Predator movie. Chopper gets his name from the large blades on each forearm. 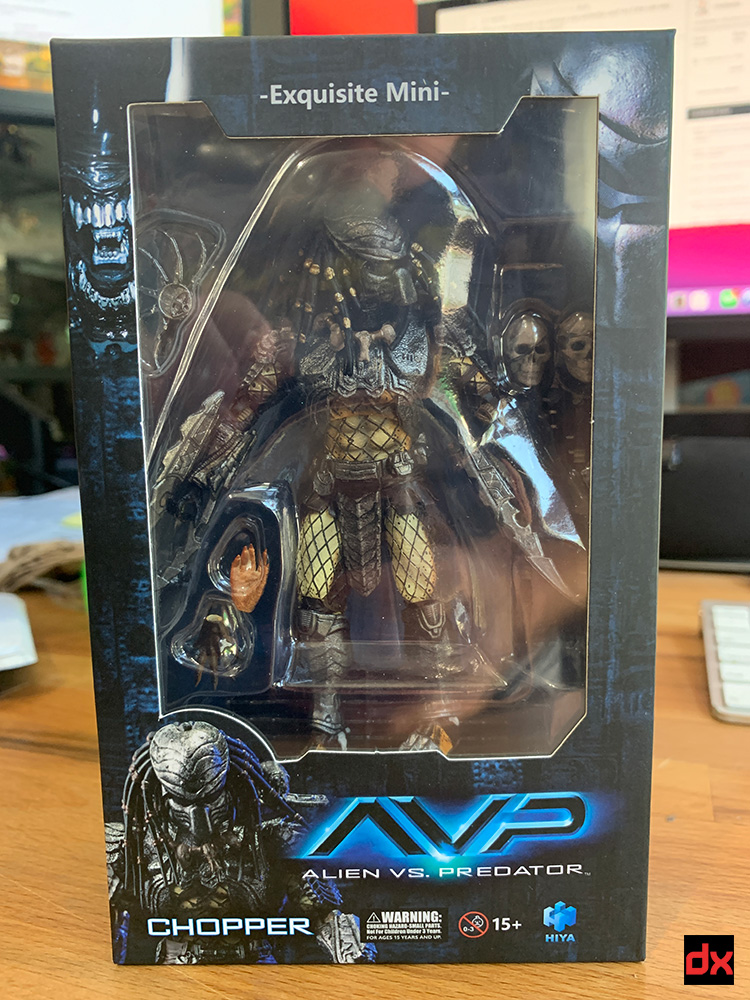 Included with the figure is two variant hands, two skull sticks, round bladed weapon, base, and connectors. 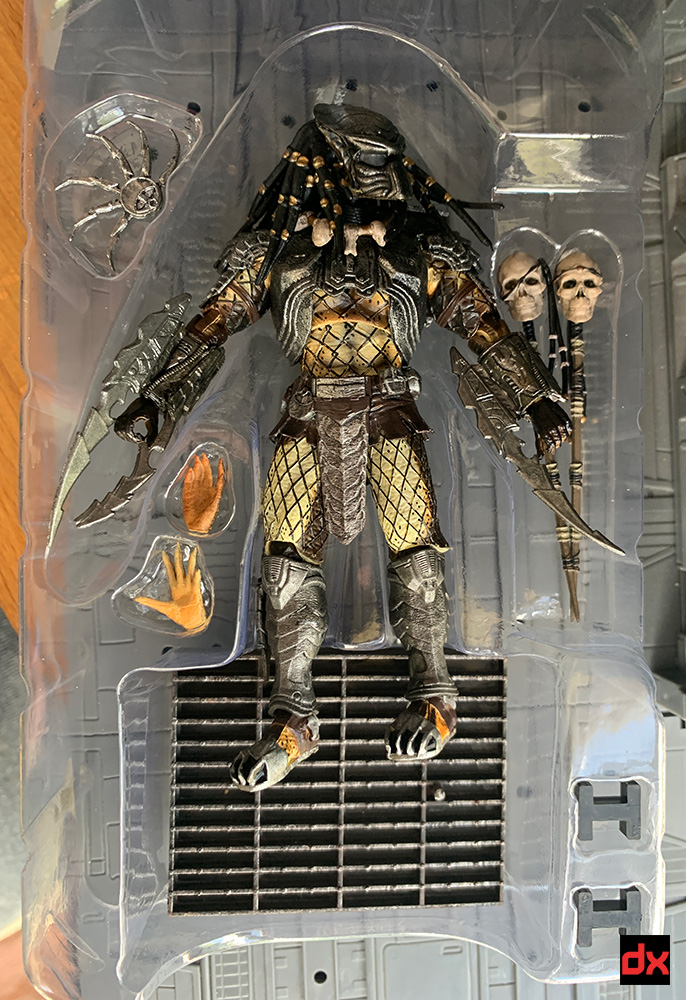 Chopper Predator uses the same core body of the other figures, but of course there is a different head and different armor bits. It's a clever way to re-use a mold to make other characters cheaper. Chopper Predator has these two cool sticks with skulls on them that attach to the back armor. 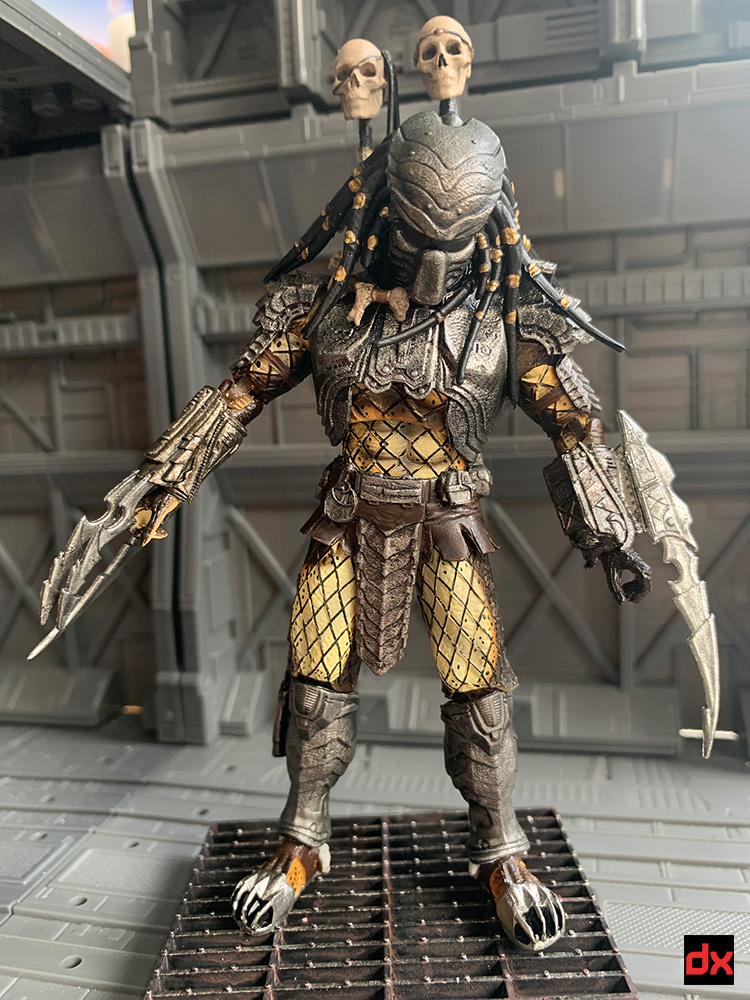 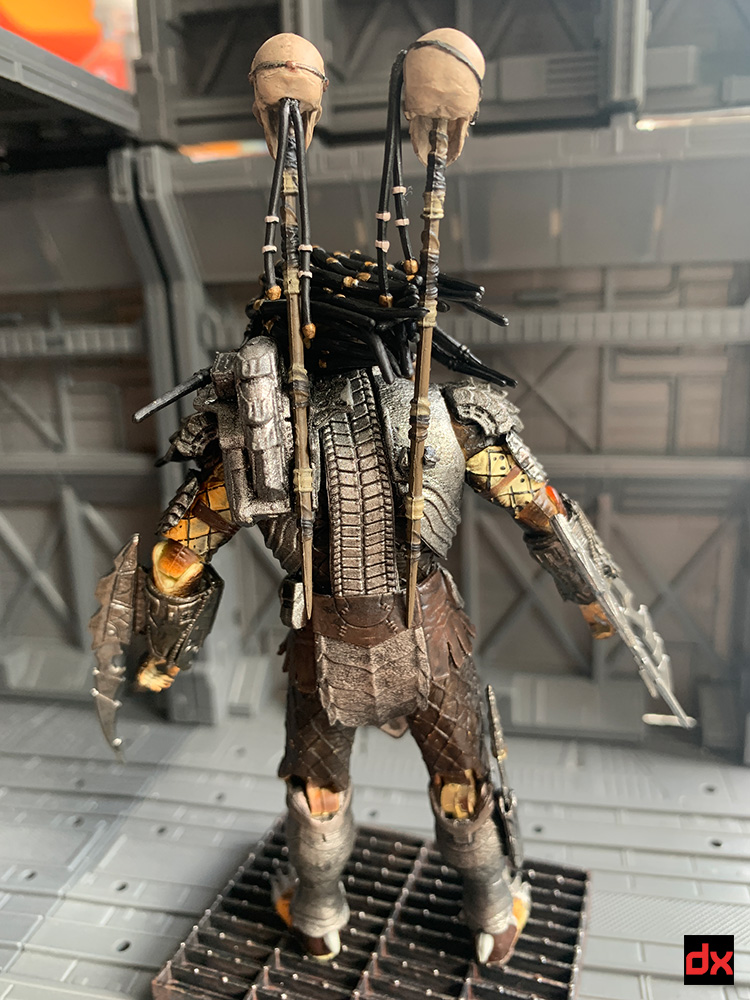 He's a cool figure and I like the arm blades. 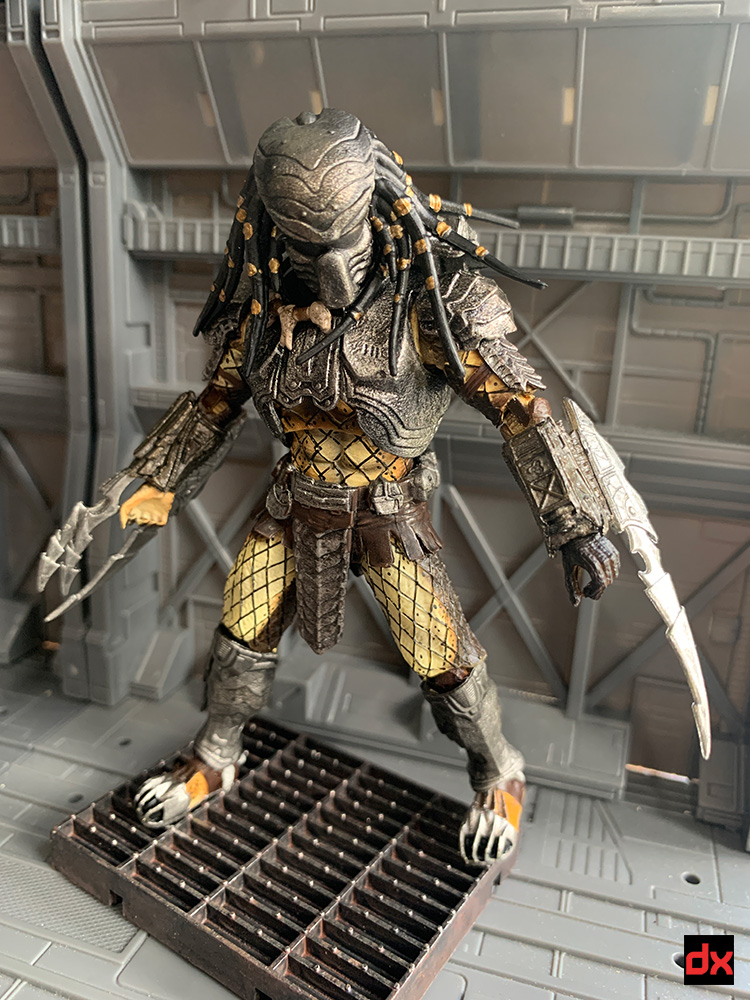 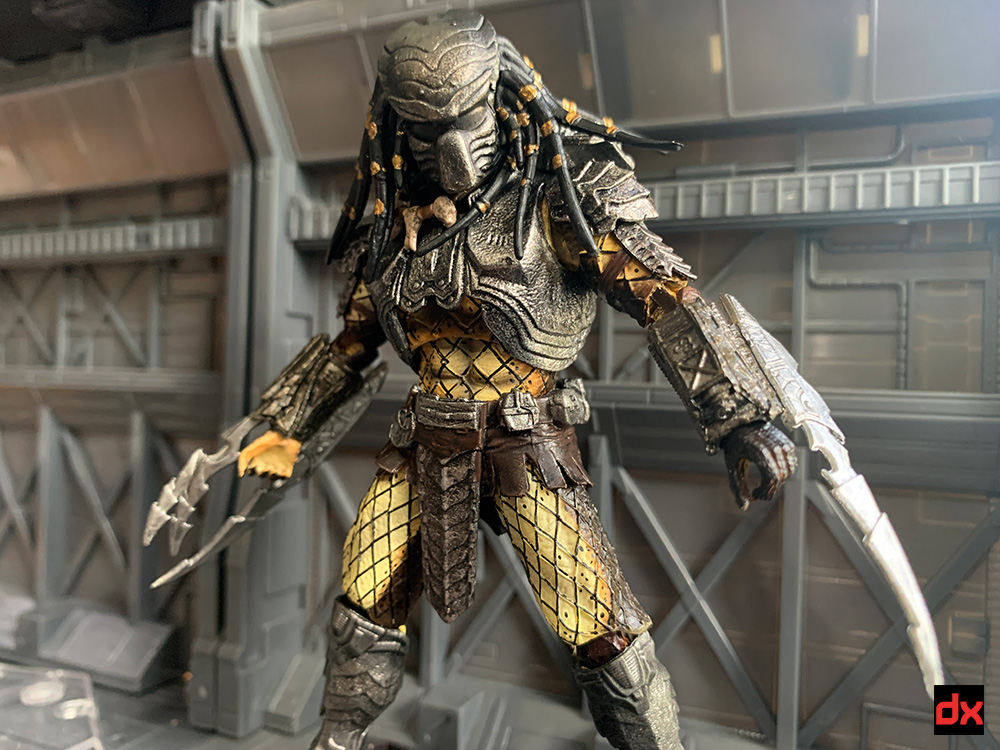 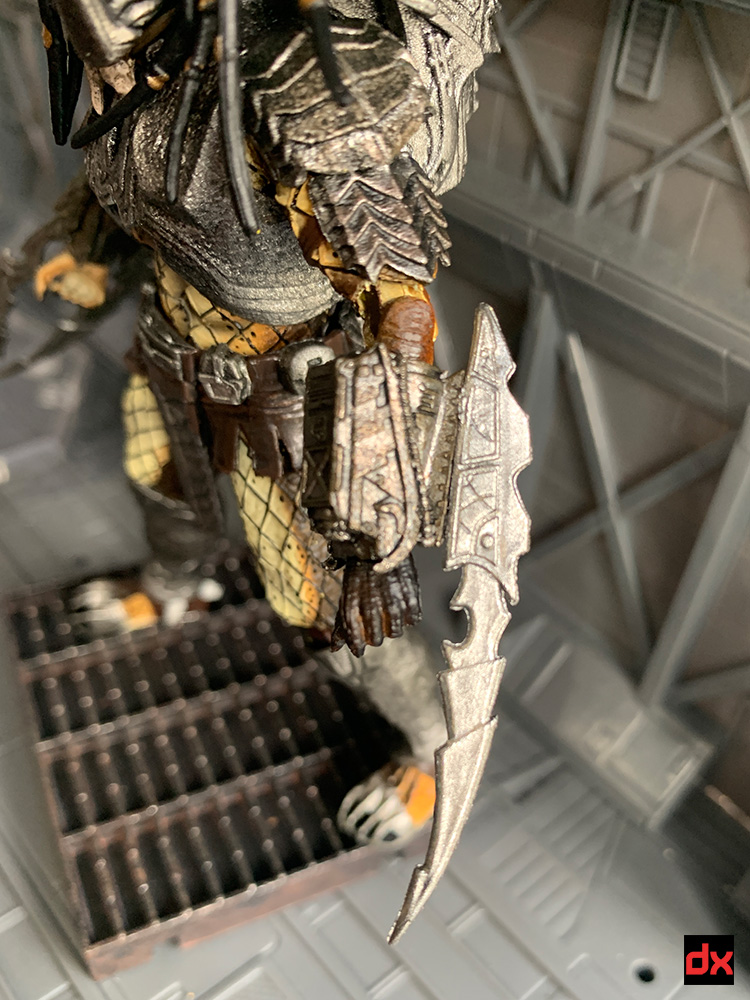 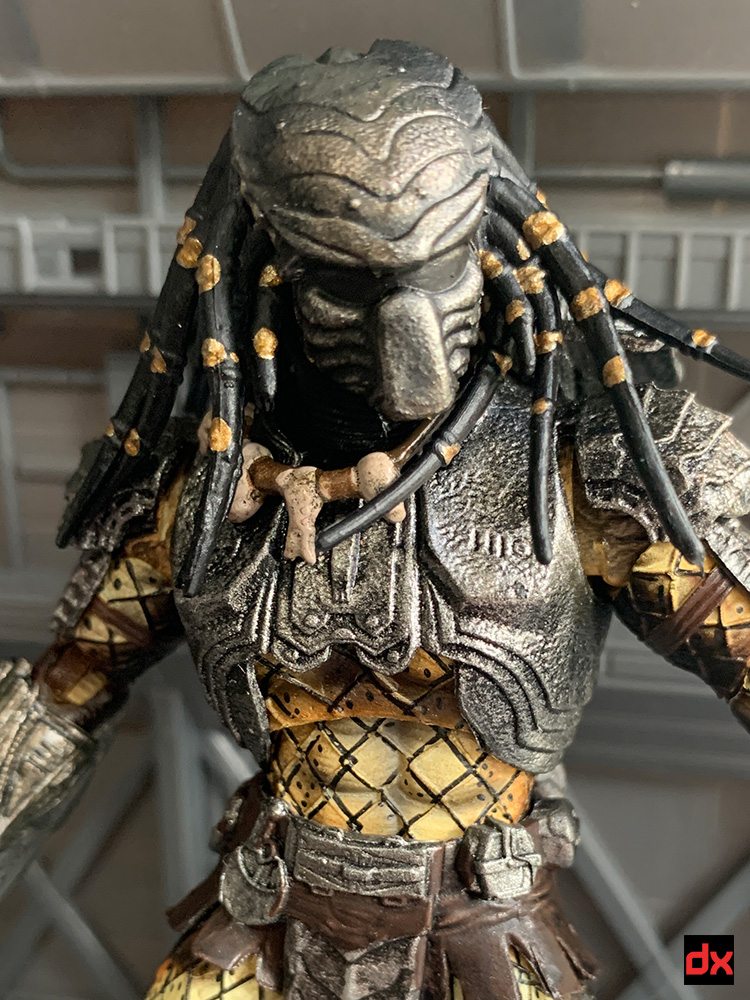 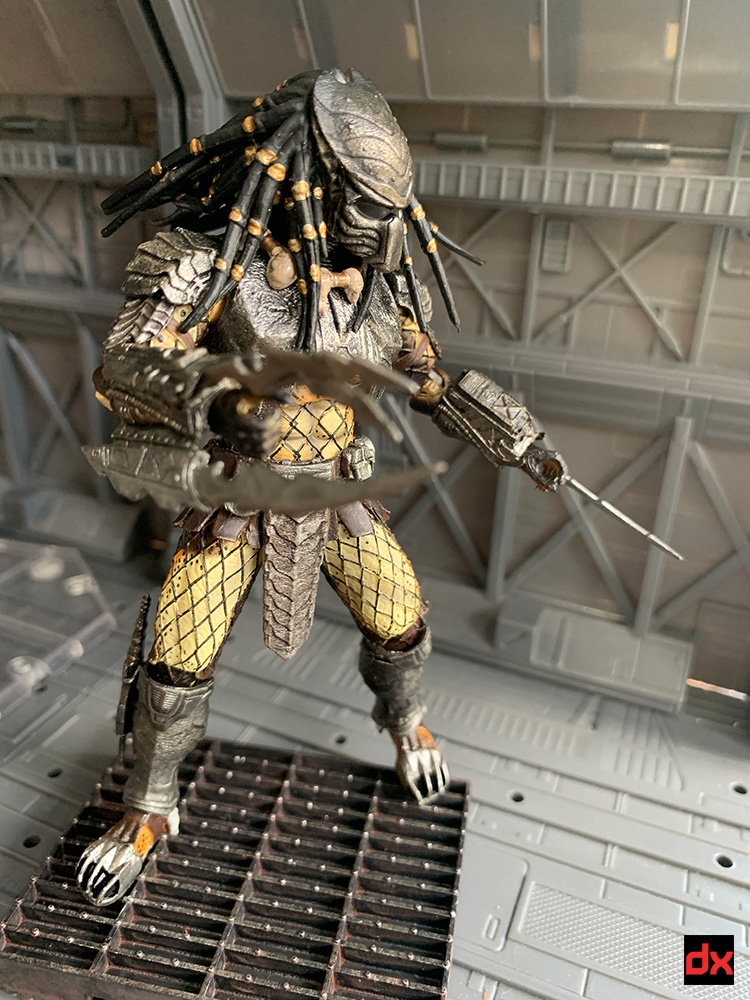 He can hold the skull sticks like they are demented maracas. 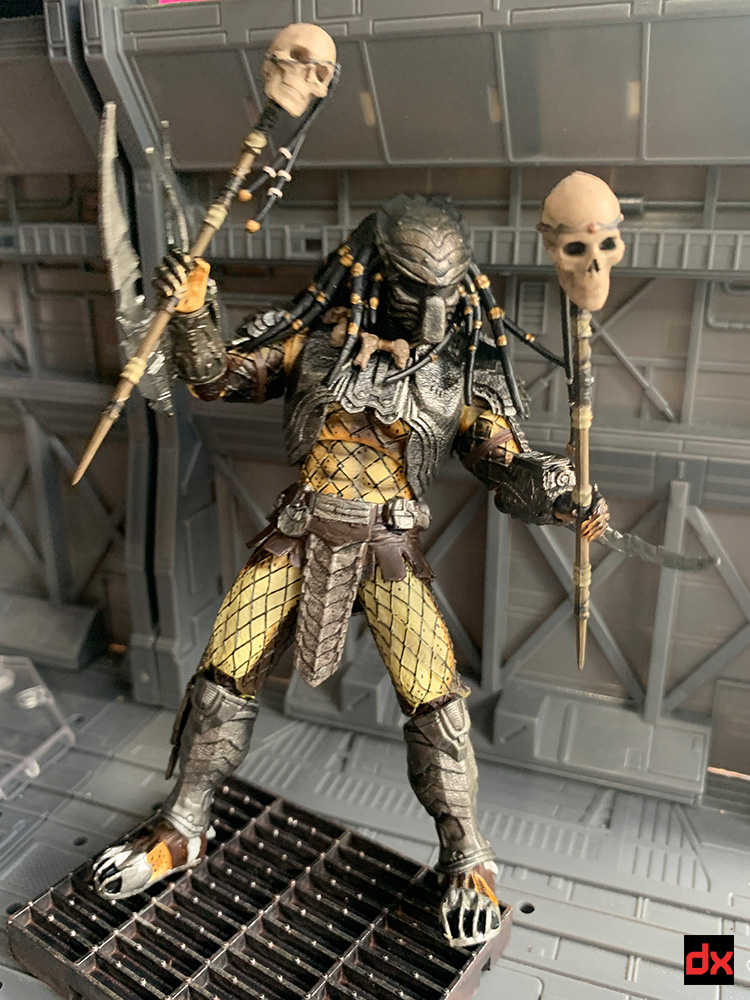 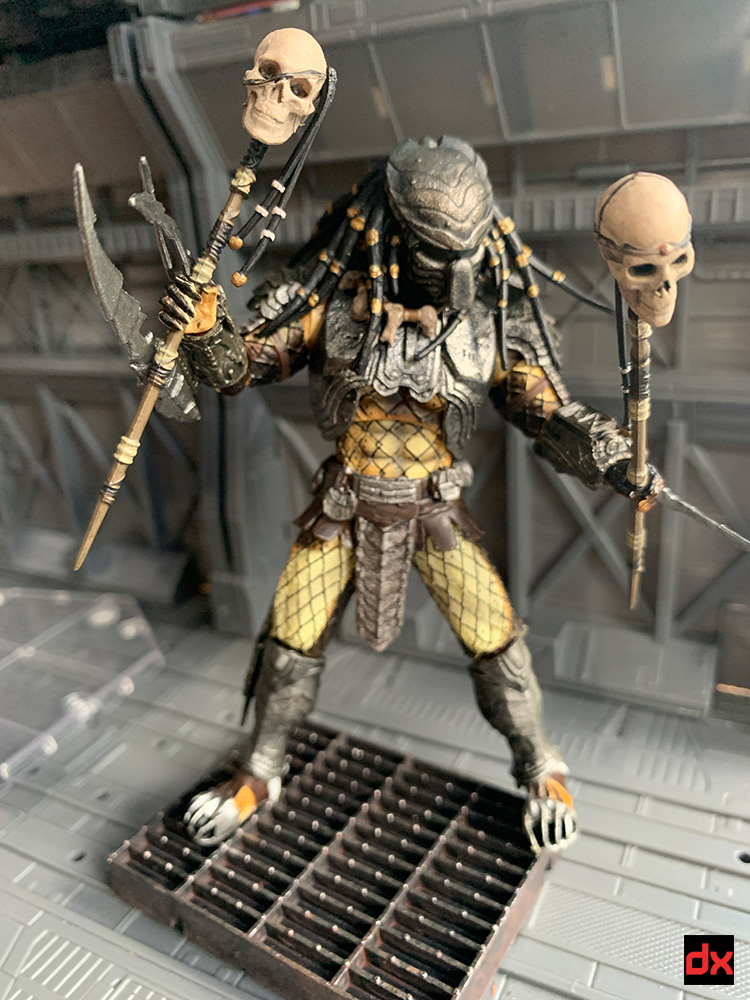 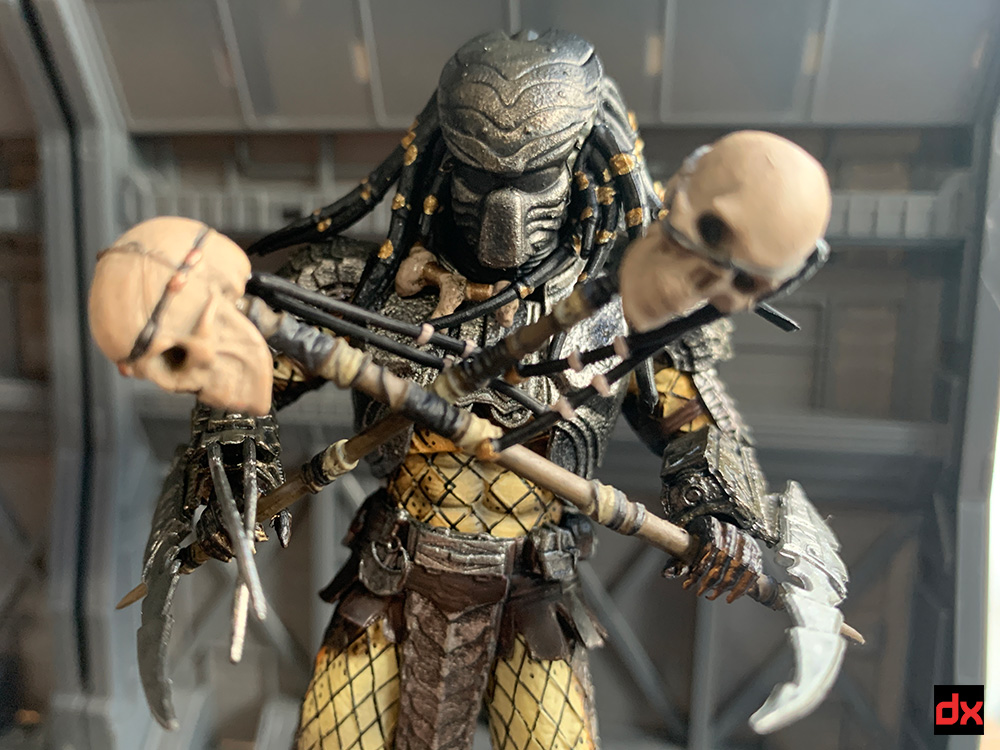