Big Chap is the nickname for the titular Alien in the 1979 movie, and it's the one that fans love the most. Honestly i'm surprised it took this long for HiYa to get around to producing it. The good news is that it's a great figure.

The box is your typical Hiya box, this time with accents of blue that we associate with the classic Alien movie. 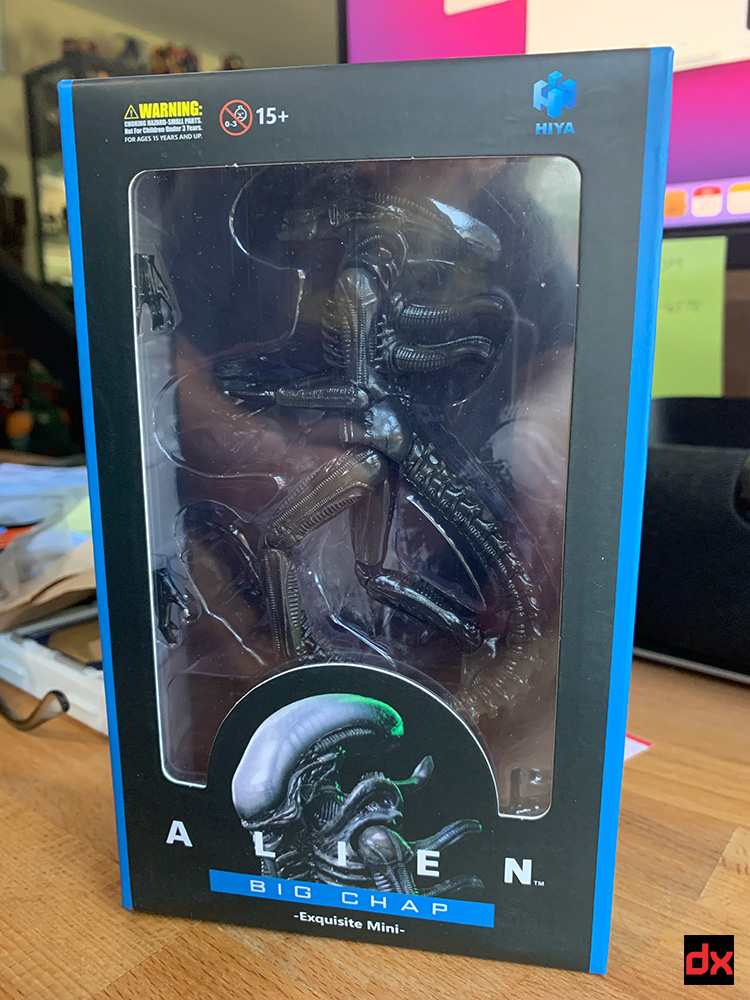 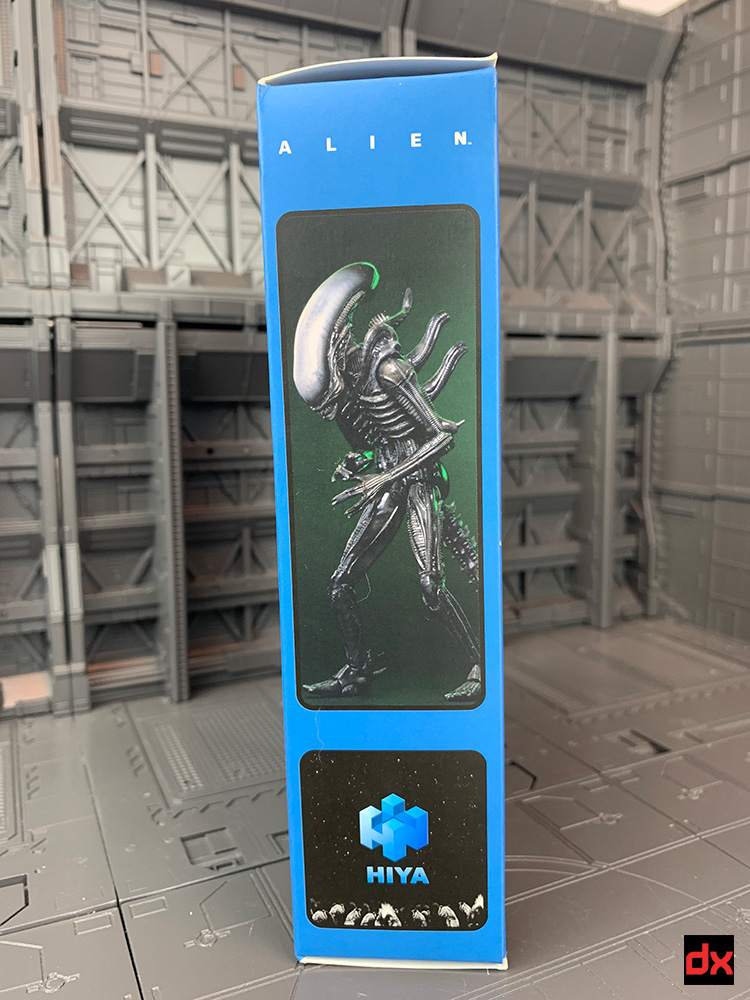 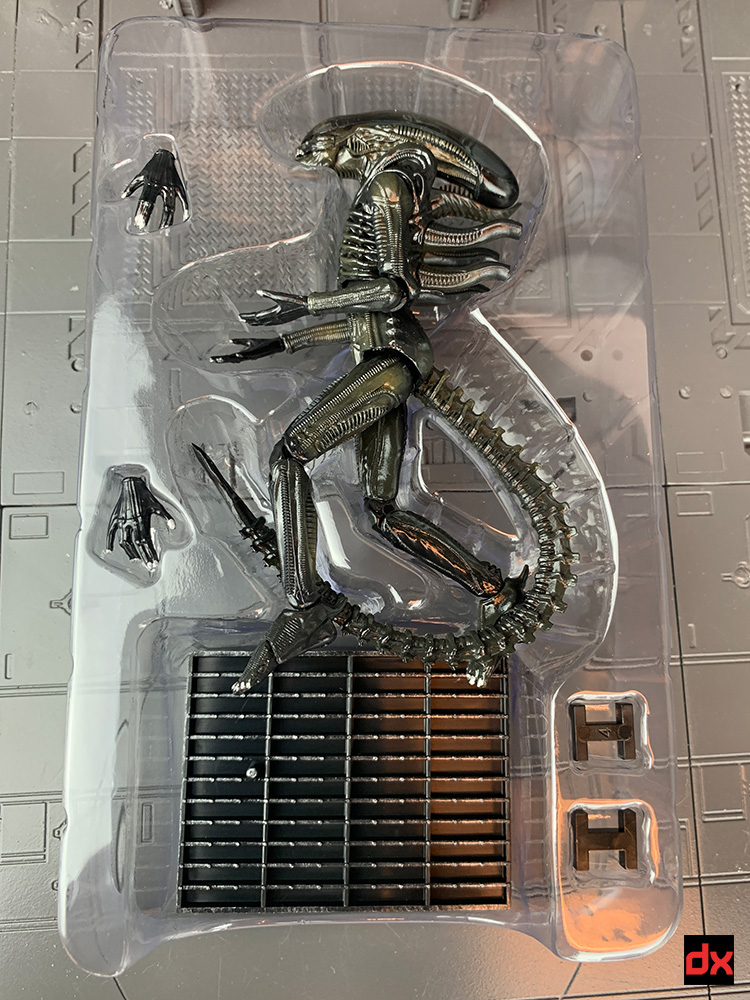 Big Chap is a pretty solid action figure. It's got a few issues, but nothing that should keep you from buying it, especially at this price point. 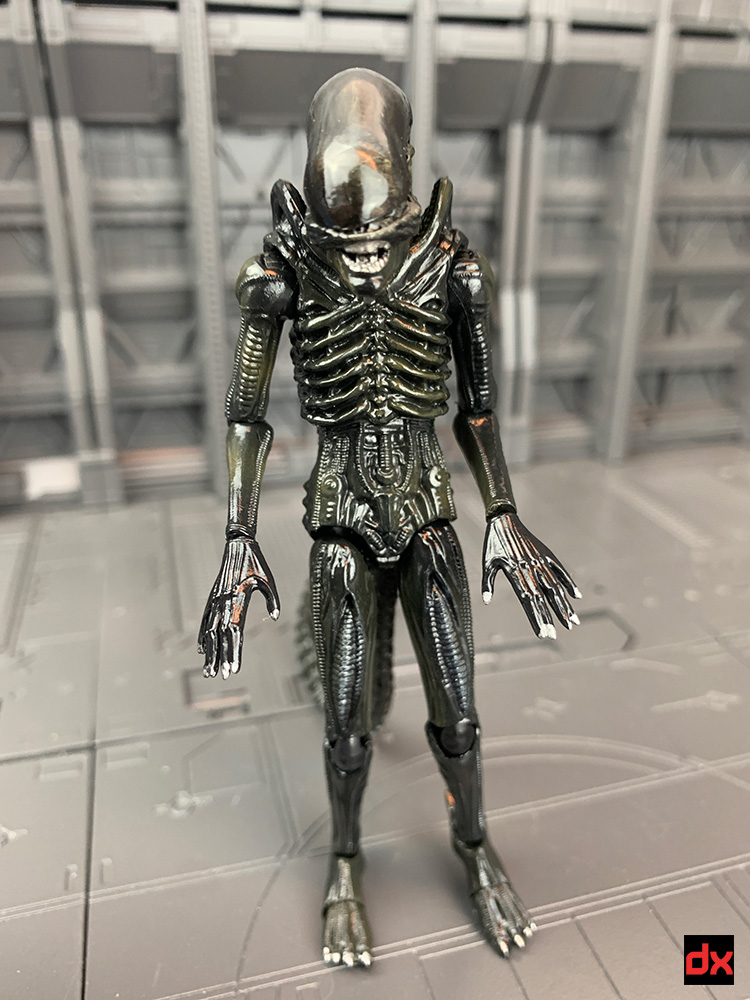 The figure is loaded with articulation and is quite poseable, however there are some limits which could be attributed to the design of the costume.

The dome is clear and you can see the skull underneath. Note that the dome is NOT removable (as it should be). 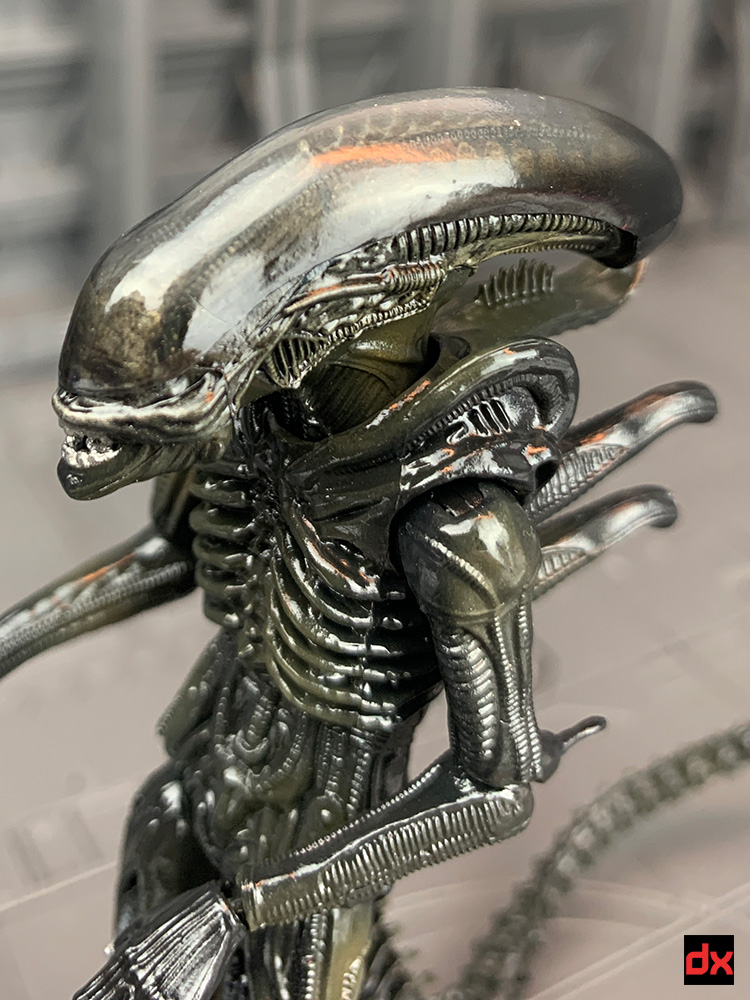 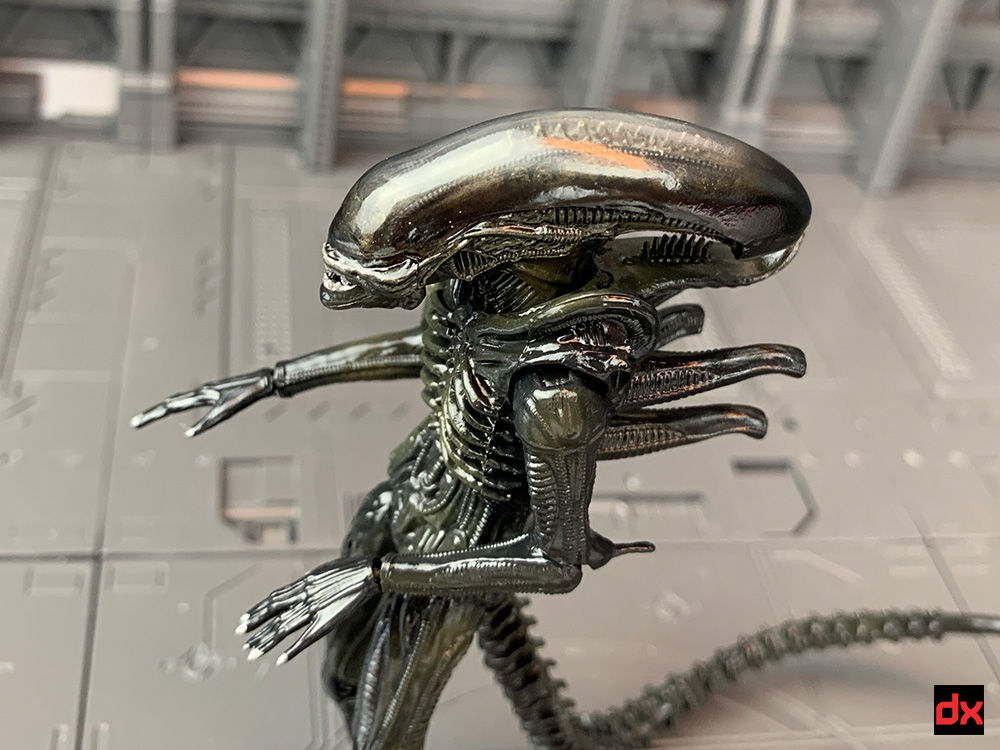 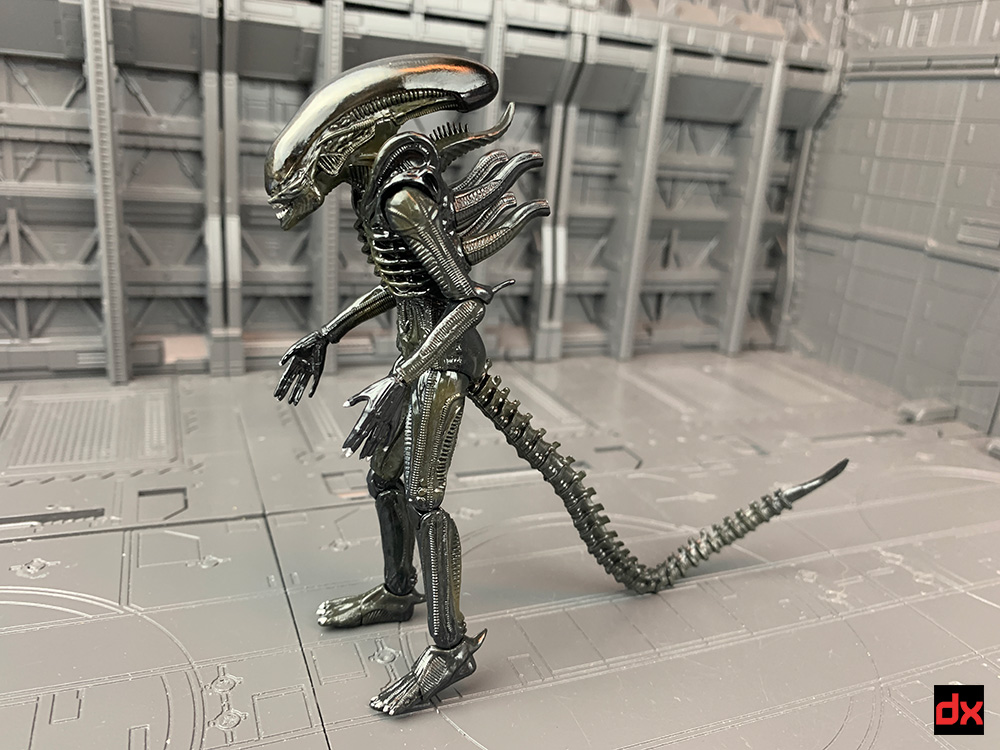 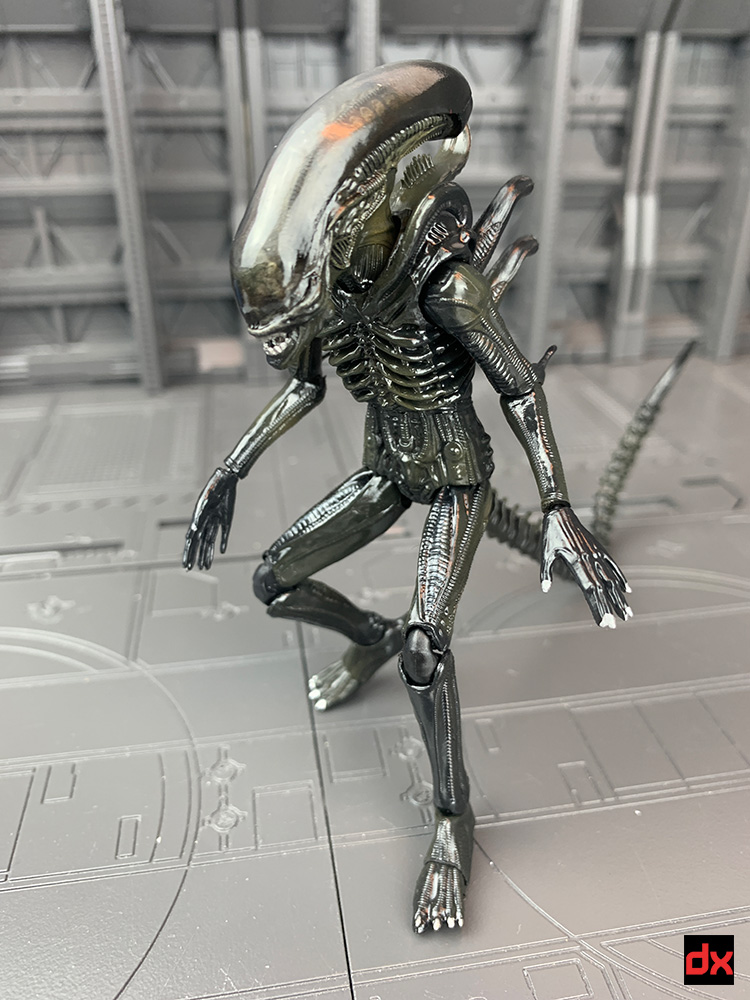 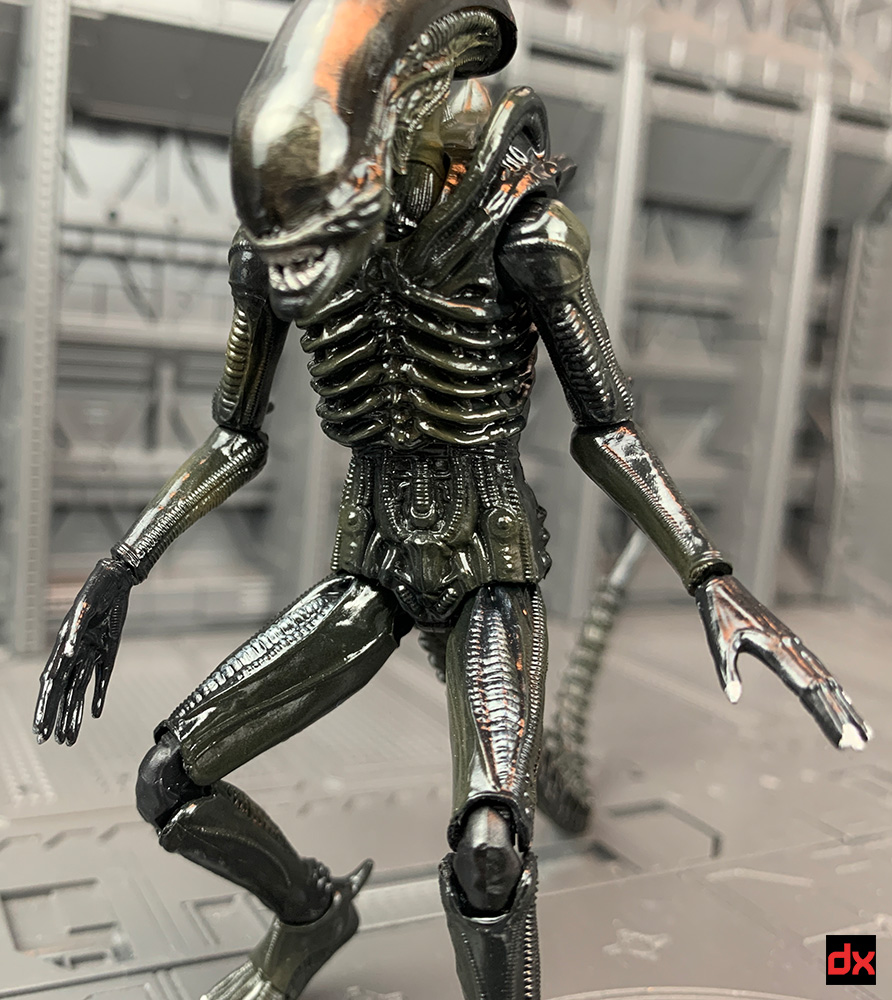 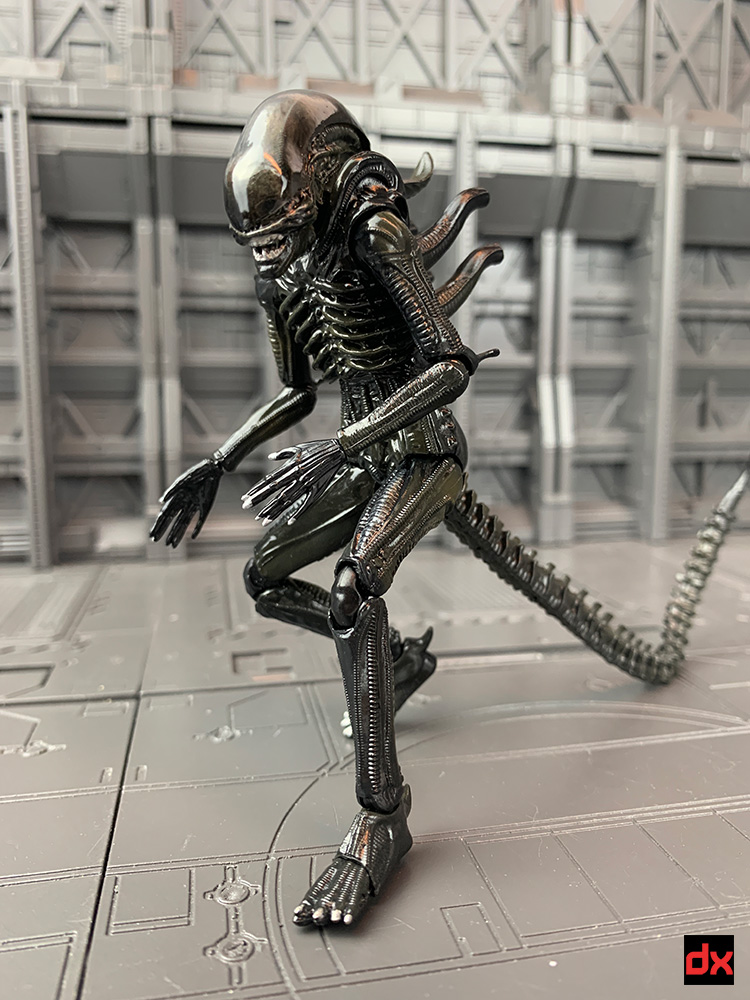 The trademark extending inner Jaw is just held in place when the jaw is closed. Open the jaw and it slides out. 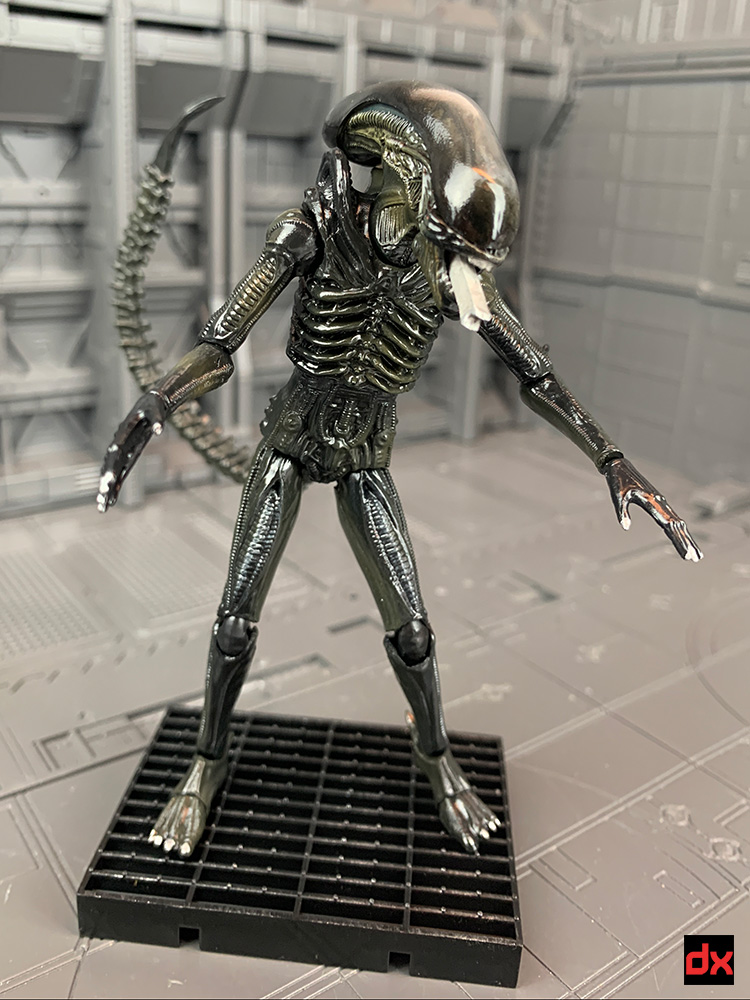 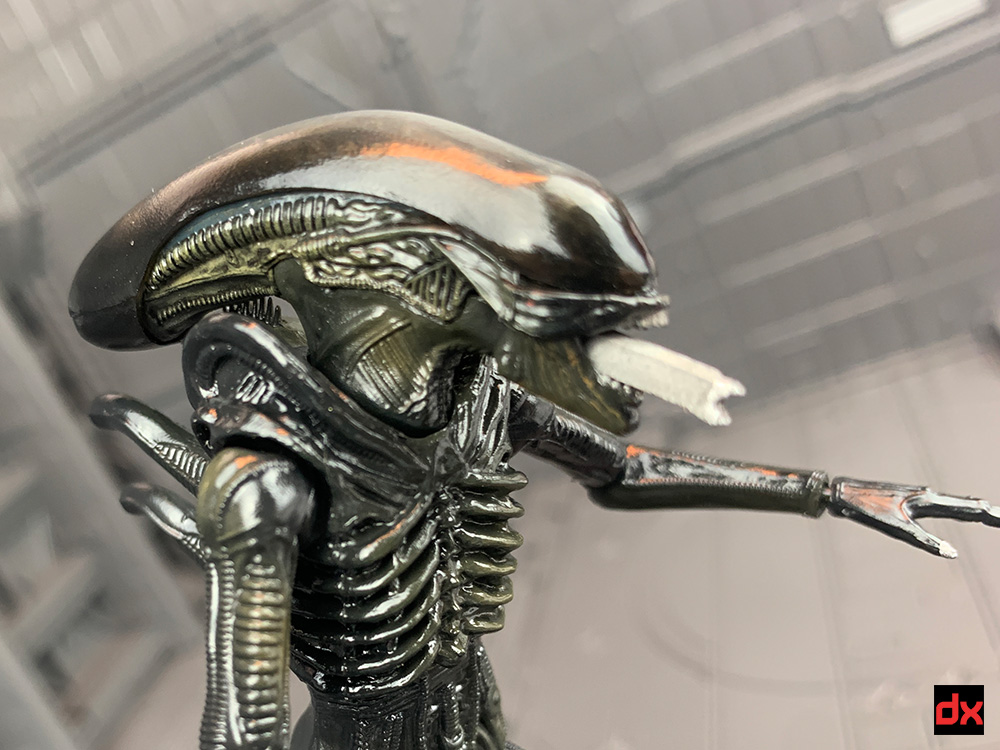 The tail has a bendy wire inside that allows you to use it to act as a brace for the figure, or pose it any way you want. 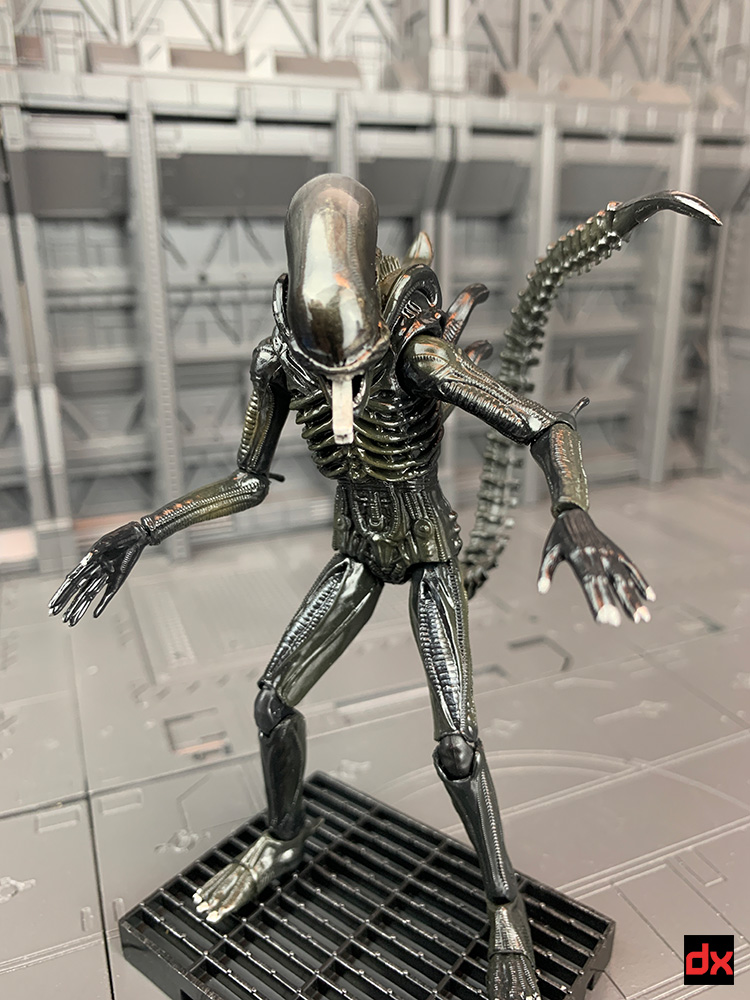 The stand is the standard stand - note that the peg hole is in the heek of the foot, not the toes, so if you are using the stand, the toe joint is useless.

i've also not swapped out alternate hands on this guy - i've broken so many wrist pegs on Hiya toys that I think I have PTSD from it.

But overall it's a great figure- Highly recommended.