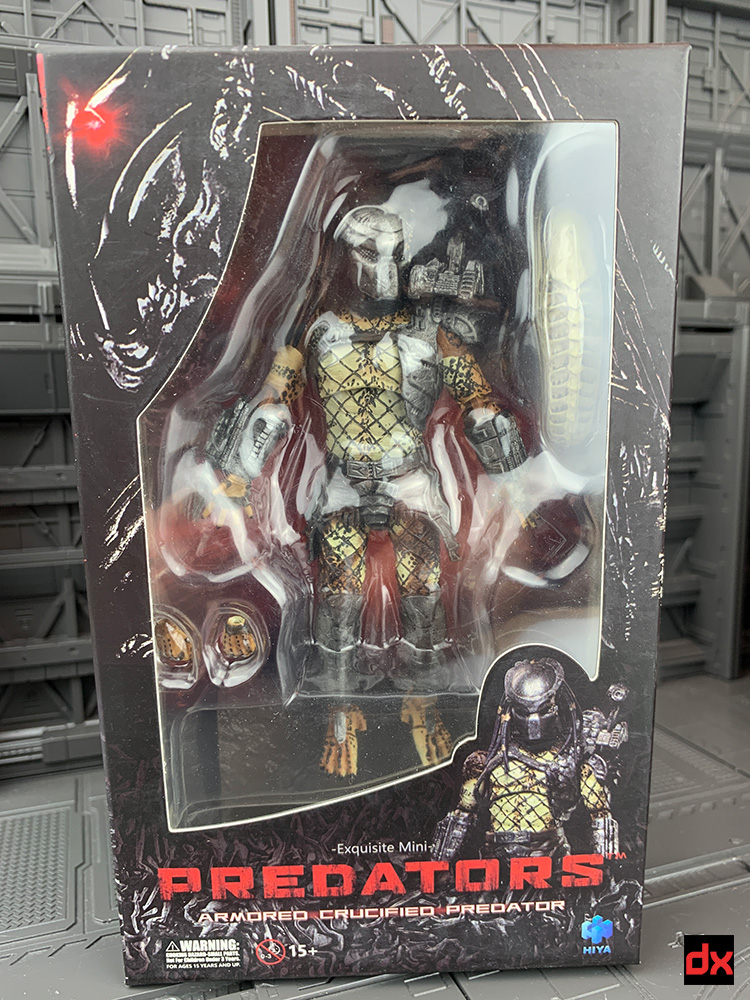 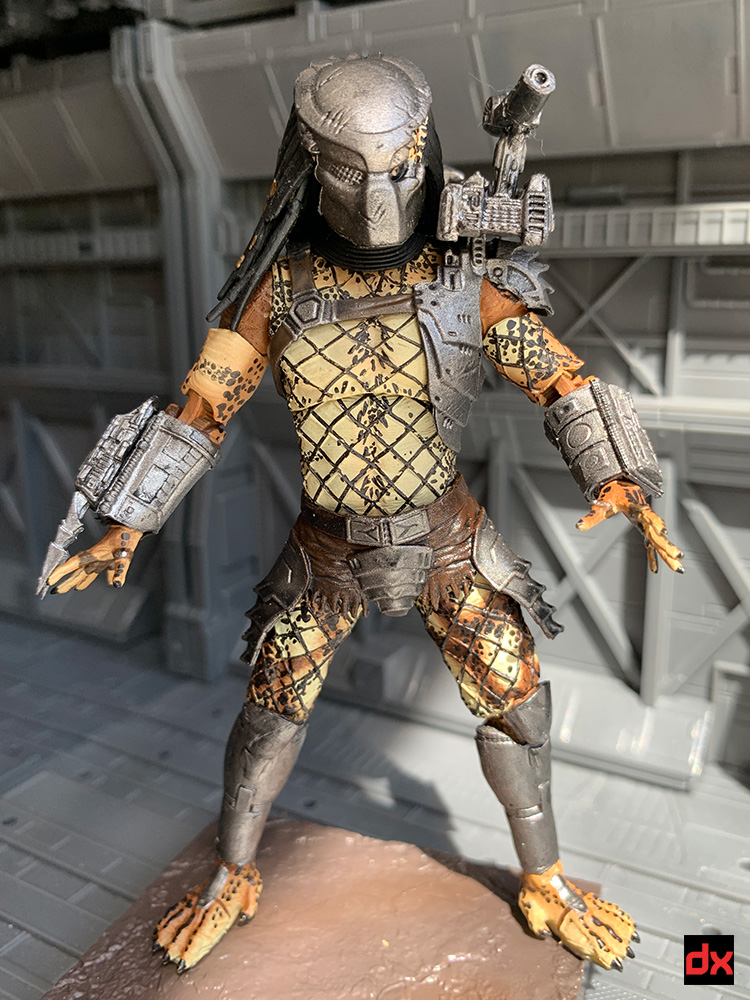 This is overall a really great figure, and it shows Hiya on the top of its game - mostly. For every advancement Hiya makes, they always seem to have ONE THING that keeps it from being perfect.

This figure uses the new body style as the Crucified Predator, with the swivel biceps, double jointed elbows and knees, and swivel waist. Still no ankle swivels, still does not like to stay pegged into the base. But otherwise, not bad. 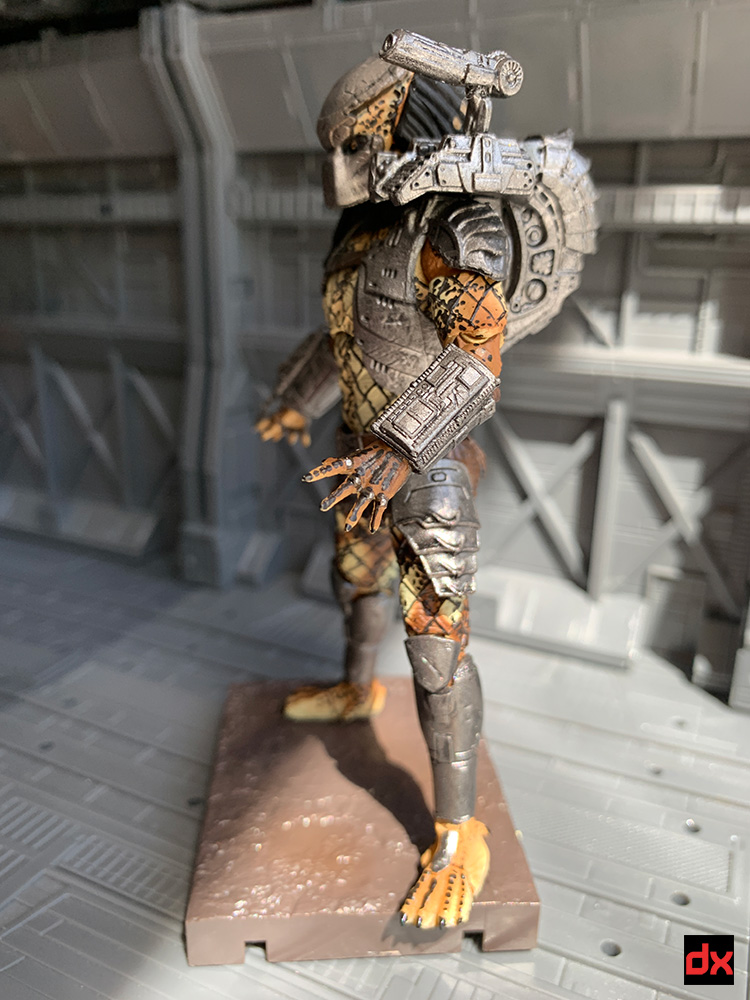 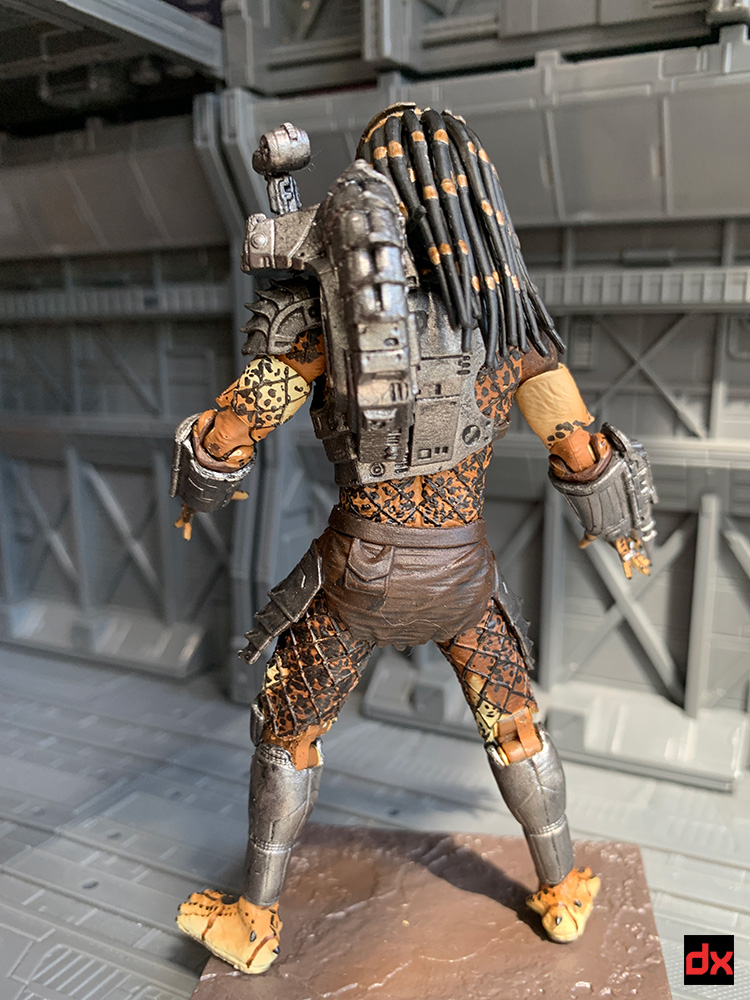 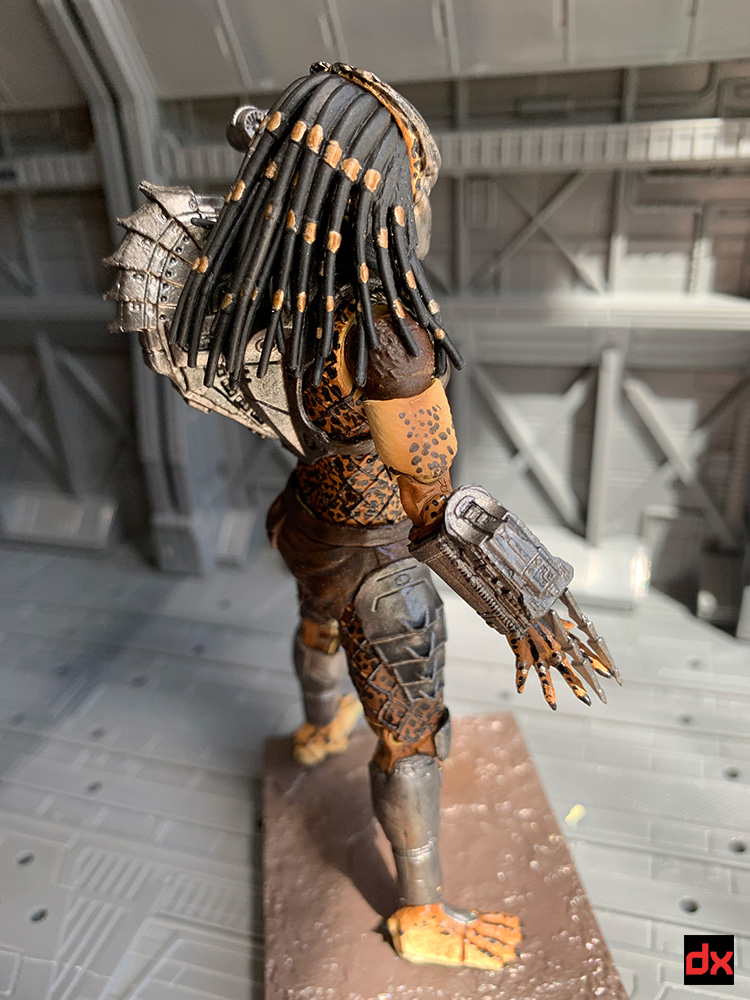 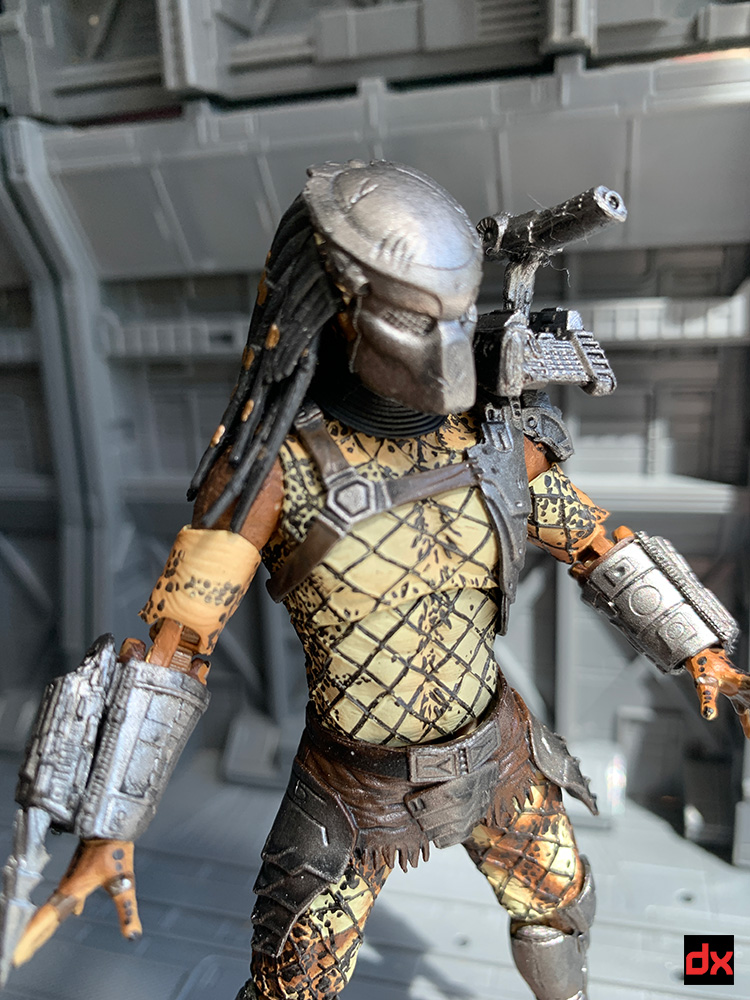 Check out the painted detail in the hair. An astounding attention to detail. Remember that this figure is about 4 inches tall, and only retails for $25. These new releases with the new joints seem to retail for about $5 more than their older figures. 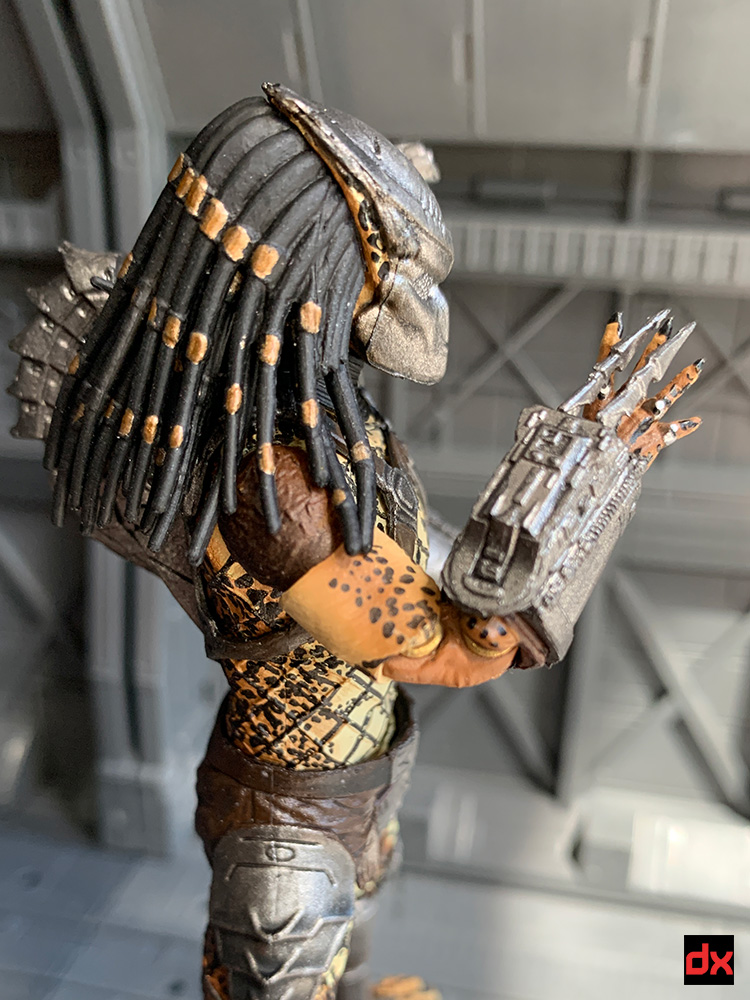 Remember the new double joints from the previous review? This is what they are SUPPOSED to look like. However, the arm armor keeps the range of motion limited. I love that there are no peg holes here. 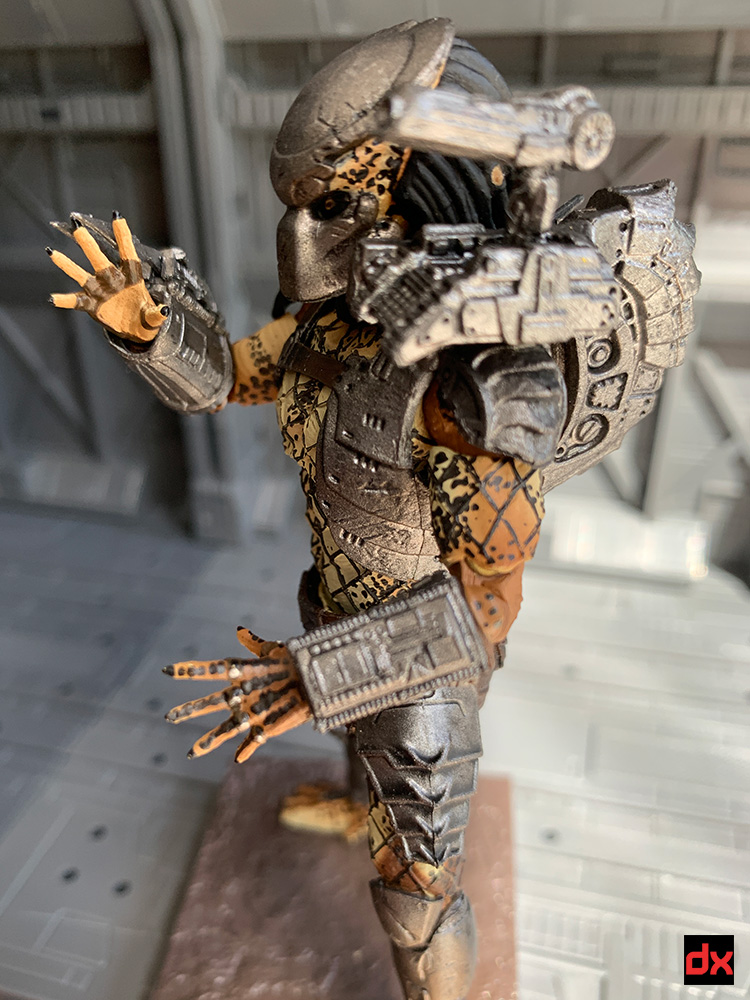 This is about as dynamic as the pose gets. The lack of any useful ankles really holds back this figure. 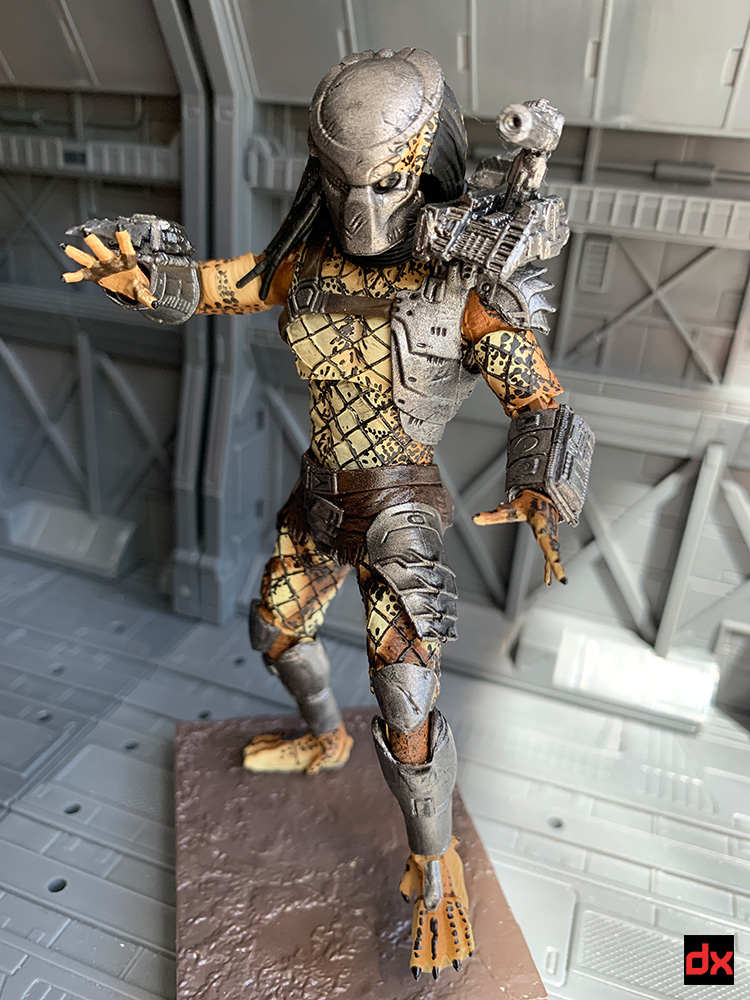 Here we can see the damaged face mask that the Crucified Predator could only hold. 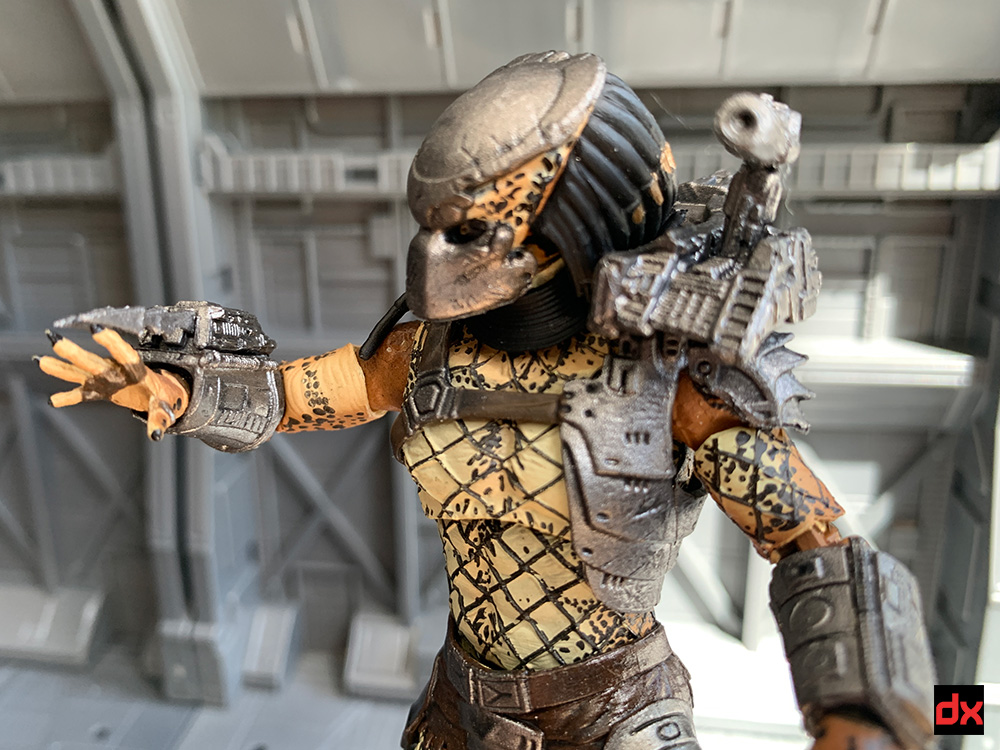 Were there Aliens in the 2010 Predators movie? No idea, but it comes with a Xenomorph skull that he can sort of hold. 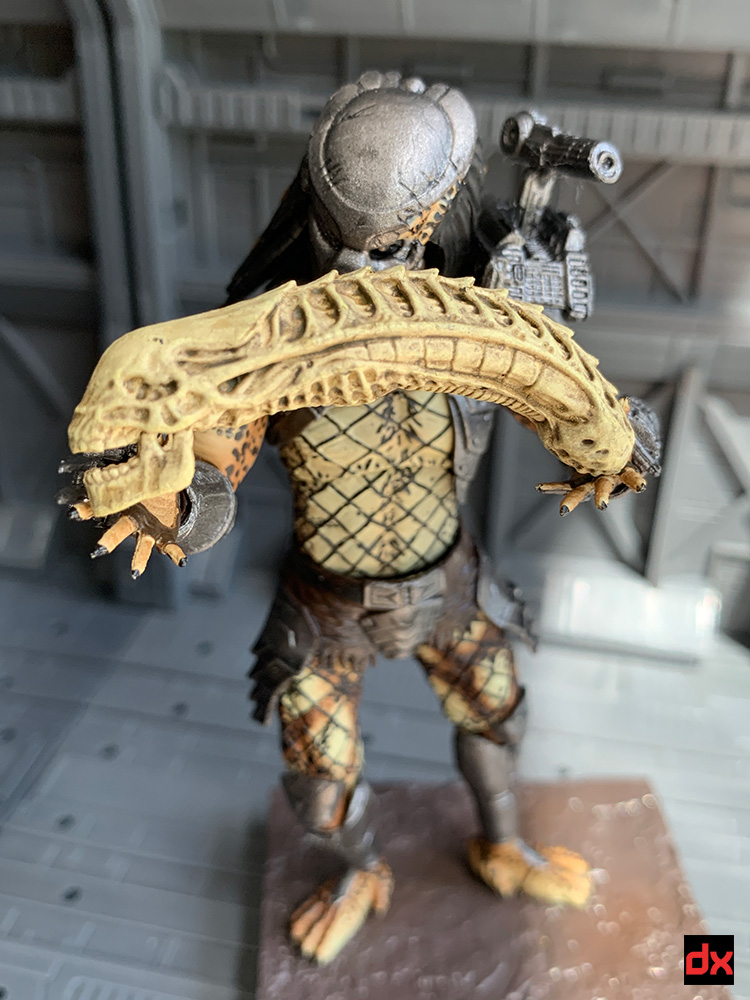 Two fists are included, but I have learned some hard lessons with Hiya toys and one of those lessons is never change the hands. More on that in future reviews. 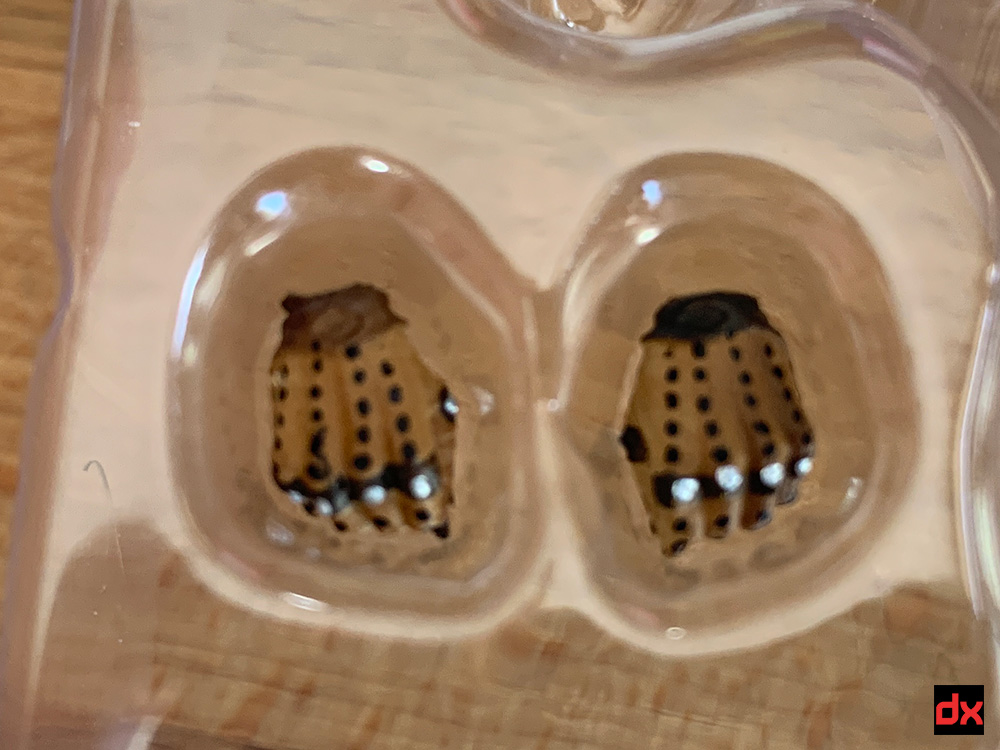 The figure includes the two hands, base, Xenomorph Skull, and 2 base connectors. Or in this case ONE base connector, as one was missing from the package. 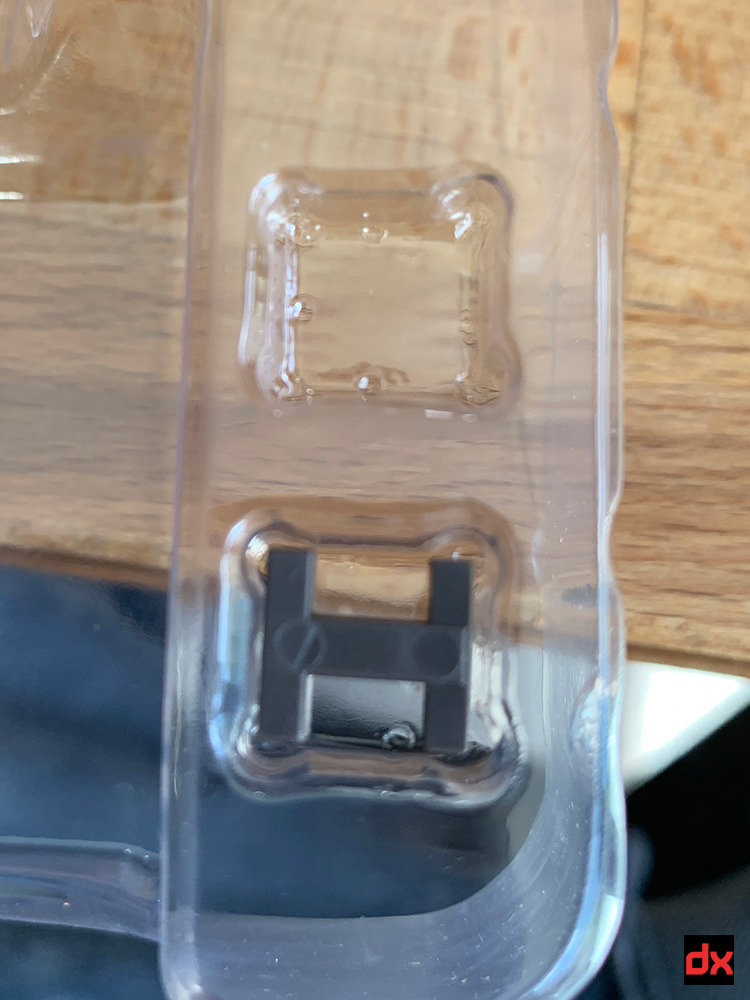 And there's the thing - I'm really rooting for Hiya Toys. They are good to me, and they often make some phenomenal toys. They really shine on their larger vehicles and accessories. But with these 1/18 figures they always come SO CLOSE to being perfect, but they shoot themselves in the foot with QC issues or weird design choices.  Why invest so much in a new joint system, but still not have well-articulated ankles? Why have they not addressed the fragile hand swapping issues? I feel like they are close to getting it right. This one is pretty close, but my PTSD about swapping hands from these guys lets me know they still have a way to go.

Should you want, get yours at Amazon