1983 would be the second year of Hasbro’s revamp of the GI Joe line called GI Joe: A Real American Hero. 1983 would also introduce more characters and equipment into the line including items for the adversaries of the series, Cobra. 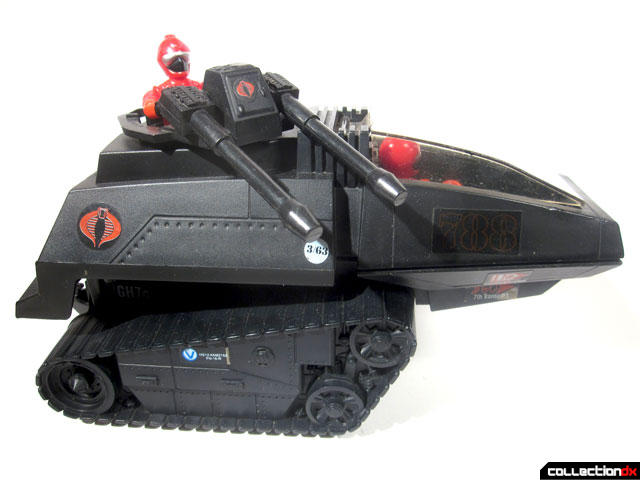 When Cobra was first introduced into the GI Joe line in 1982, Cobra was more or less represented as a real world European style terrorist paramilitary group armed with Warsaw pact nation weapons and equipment. This new series of Cobra figures and equipment would be the first indication of the sci-fi leanings Hasbro designers would develop for Cobra throughout the line that continues to this day. 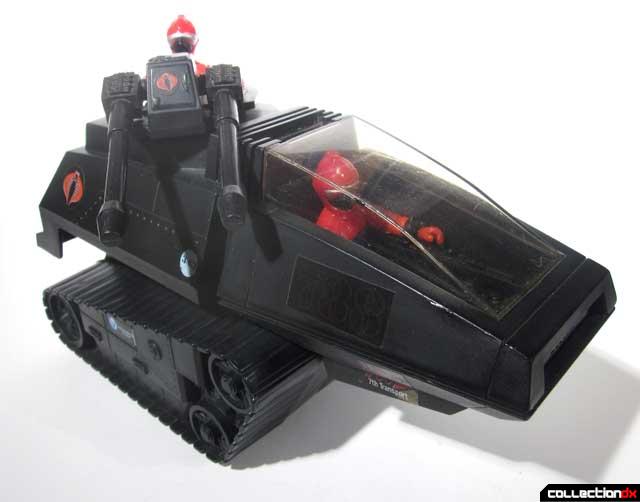 There are many firsts with this release. The Cobra H.I.S.S Tank would be the first Cobra vehicle introduced into the line. Unlike the real world military equipment of GI Joe’s arsenal, Hasbro chose to give Cobra’s first weapon as a futuristic high profile black sci-fi inspired tank. It also gave Cobra a much-needed solid punch against the many G.I. Joe weapons available and a rear tow hook to pull future Cobra weapons. 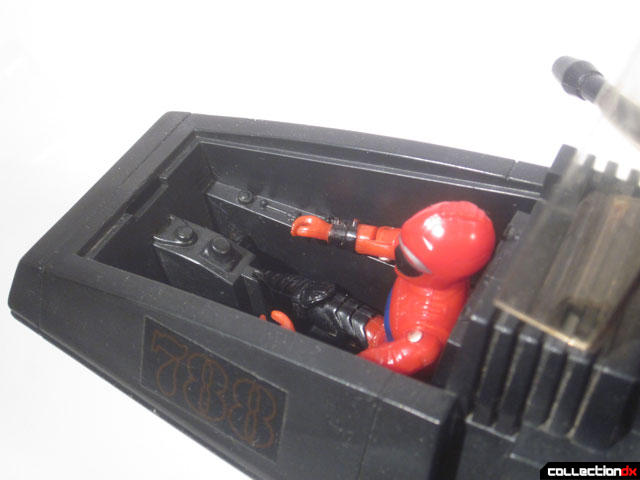 Another first was the introduction of two new color pallets for Cobra, Crimson Red (with the H.I.S.S. Driver action figure) and Black, to compliment the Dark Cobra Blue. These three colors would be most associated with Cobra art design.

Having bought this specific H.I.S.S. toy when it was released in 1983 I was thrilled with the wild design of H.I.S.S. tank. First, it was a sturdy toy. One would have to actively damage the toy, as there were very few parts to break on it as the H.I.S.S. is made up of only two main parts, the turret and body. The tread sculpting is also sharp and realistic. 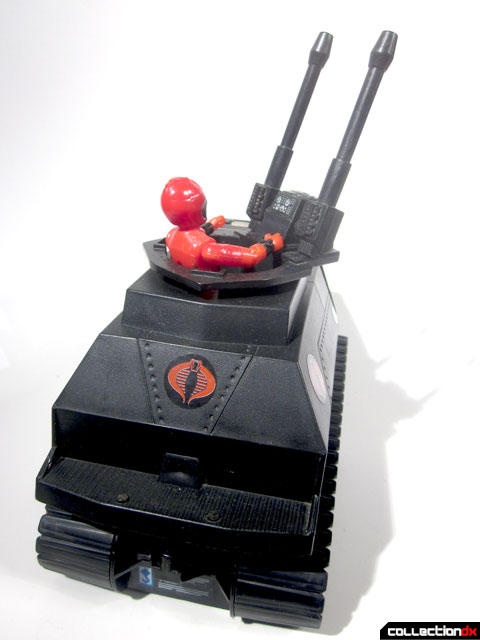 The H.I.S.S. Tank has much play value as four figures can be used, one in the cockpit, one on the turret and two on the rear step. Out of the box one could get started right away as the tank also came with a fascinating new figure called H.I.S.S. Driver, the forth Cobra figure introduced into the line (more on the figure with a later separate review). 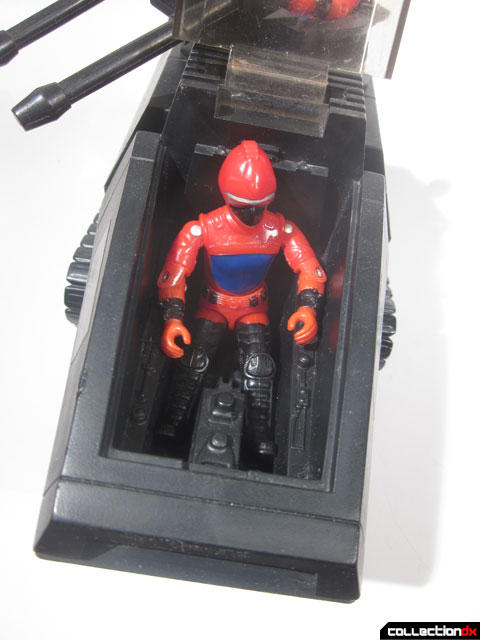 I always questioned the military usage of such a design such as a high vehicle profile and a plexiglass cover for the cockpit window yet somehow I suspended my beliefs and had fun with the toy anyway. 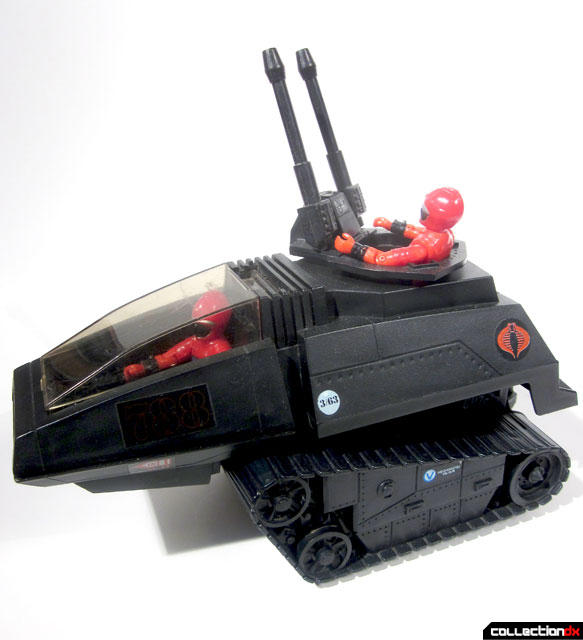 The H.I.S.S. Tank only has two issues. One is the pin in the turret that keeps the gun elevated is usually broken due to the soft plastic that is used in the part. Second the rear pegs that hold the figures on the back step can be easily broken off into the peghole of the figure if one is not careful.

The only variation of the original release was three different types of sticker fonts and designs used on the call number on the cockpit of the tank.

The H.I.S.S. Tank would be reissued several times over the years in the several colors and configurations but the original 1983 release will always be the most iconic of them as well as an excellent army builder item for the G.I. Joe collection.

11 comments posted
looks fun i've had one of

looks fun
i've had one of these in neon-orange with a lime-green water cannpn turret. supposedly the tank got a camo pattern when you made it wet, but i never tried it

Cool! I believe that was the Eco-warriors version.

naw mang, the glass is bulletproof

I was going to mention it but I didn't have a citation to back my claim.

when I was a kid, we loved this thing, used to take the turret out and pretend it had hover capabilities...was full sleeve and slid out easy...

So cool! Why didn't I think of that at the time!?!

Super awesome and also super adorable in it's own special little way. Great review as always.

This was one of my favorite toys as a kid. Didn't realize it was such an early Joe toy. Thanks for the memories!

This is THE action figure vehicle,IMO.

I have 3... the black original, the dark blue and a more recent crimson red re-issue. Still on the lookout for a H.I.S.S. II for a decent price.

Just brought the 30th anniversary version. It's great in it's own way. But nothing beats a classic.