Sample provided by Hiya Toys. You can grab yours at BigBadToyStore!

I'm not really sure where to start off on this toy. I guess I'll start at the beginning...

Hiya Toys was a small company started in 2009 that just happened to secure the rights to Aliens.

No, not the films. Those rights were secured by Neca years ago. They were able to get toy rights to Aliens: Colonial Marines: a video game that came out several years ago and was terrible.

But that doesn't matter because you know what Aliens: Colonial Marines had? Xenomorphs and Space Marines. At that point, it doesn't matter what the actual license is for.

So, Hiya made some 3 3/4 inch hyper articulated Aliens Xenomorphs. They were fragile, but really cool and super fun to play with. I have a friend who bought 12 of them just so he could have an army of Aliens swarming G.I. Joes.

So, their follow up to those little monsters are the Space Marines, still in the same tiny scale. 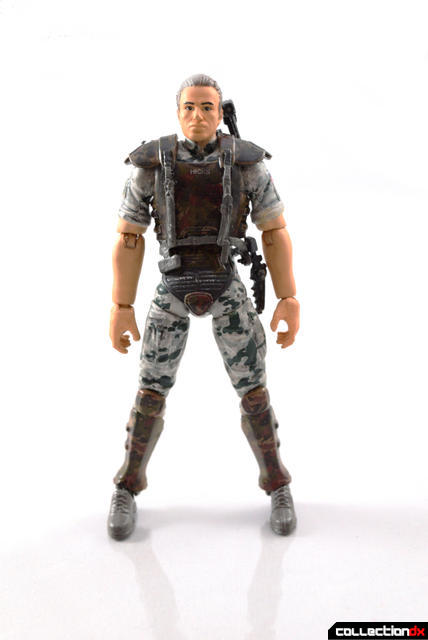 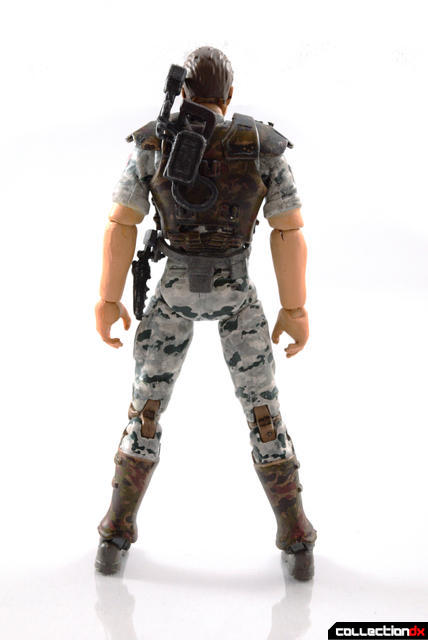 Oh yeah. Apparently he's totally fine or whatever. For now. 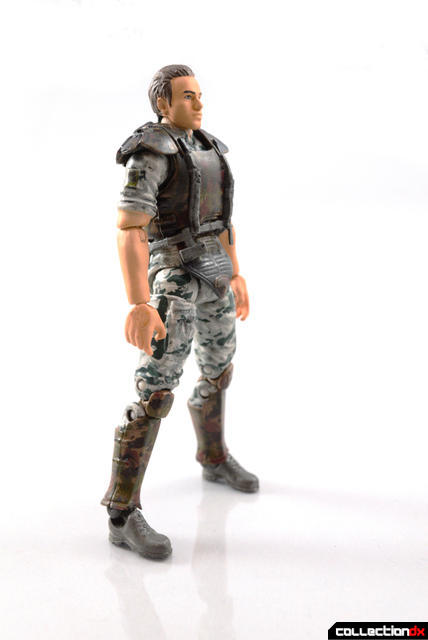 Anyway, the sculpt and paint is pretty decent on most of him. He looks like a space marine and that's totally cool. Where he lacks is the face. 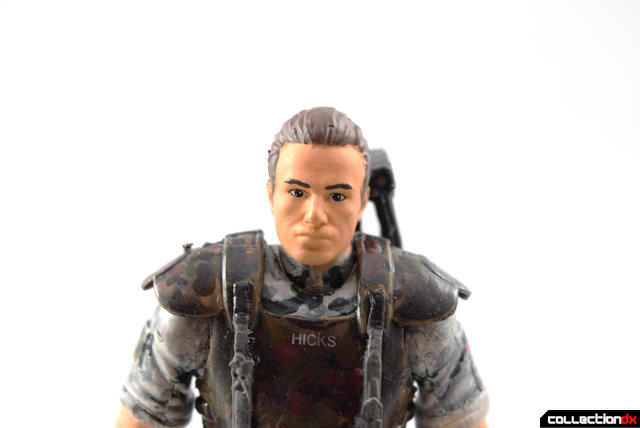 Well, to be honest, he looks about as much like Hicks as he did in the video game. 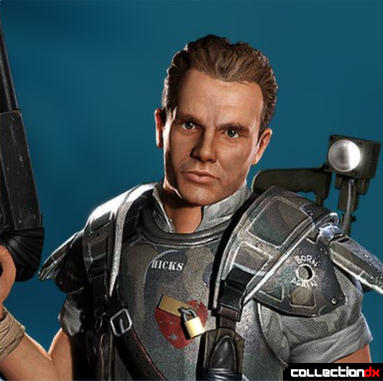 That's not really a compliment though. Still, I guess I can't expect a 4 inch figure to look like an actor that they probably don't have the likeness rights for.

But hey, at least his armor says "HICKS" so we know who it is. 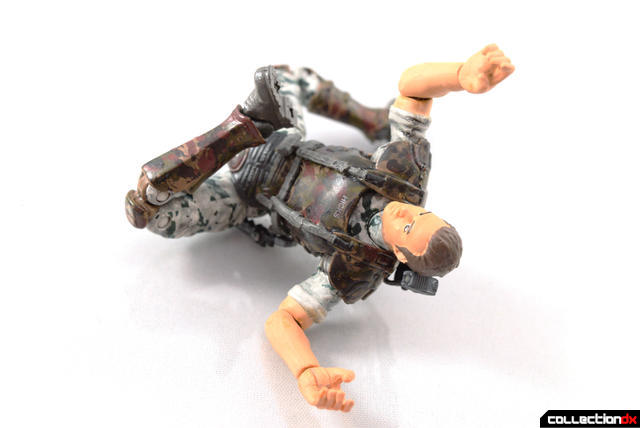 The articulation is where this guy shines. He has all the articulation of the late-stage G.I. Joe figures but with added thigh swivels. It's really nice to see this in this scale. Since Hasbro killed the Joes I've been needing a 1:18 scale fix. 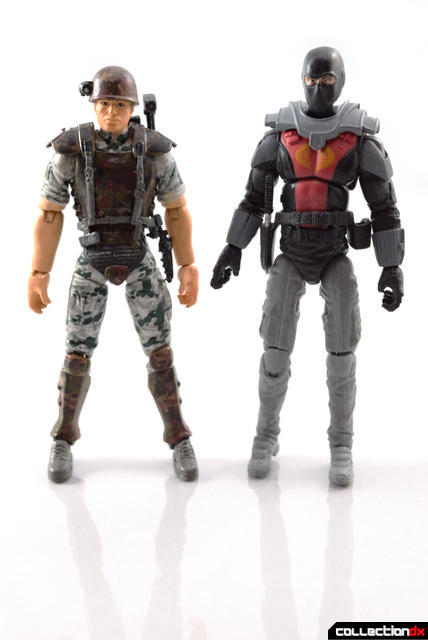 I do need to note that I had to boil the figure before I felt safe using said articulation. The joints were stuck from the thick paint and I didn't want to risk breaking it.

I also had an issue with his right foot. The peg didn't fit in properly so it constantly fell off and made him stand wobbly. This could just be mine but it's something to look out for. 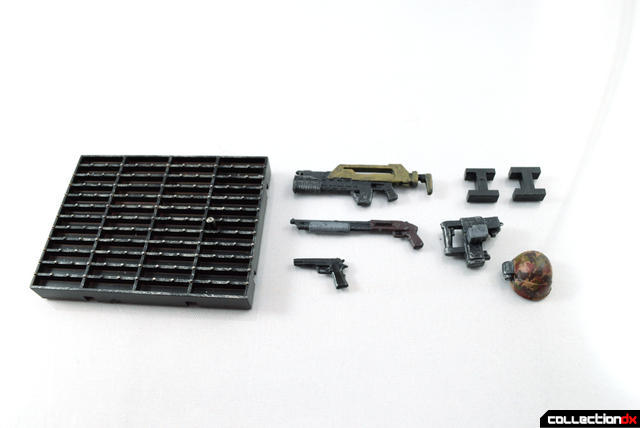 The other bright spot is the accessories. Hicks comes with a helmet, shotgun, handgun, PULSE RIFLE, motion tracker, a stand, and a couple of stand connectors.

He also has a tiny welding plasma torch or whatever it's called strapped to his belt. 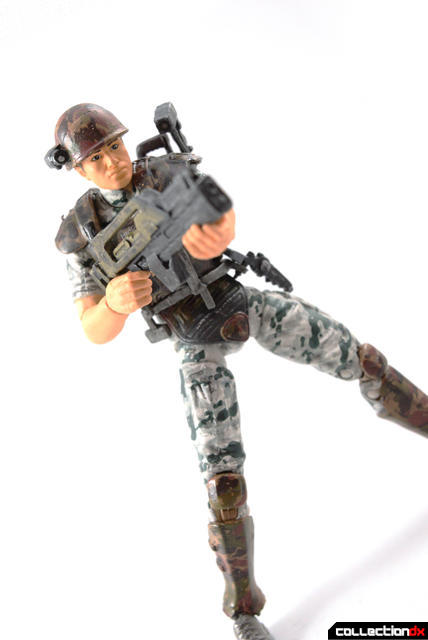 I freaking love these accessories. Having a tiny pulse rifle is amazing! 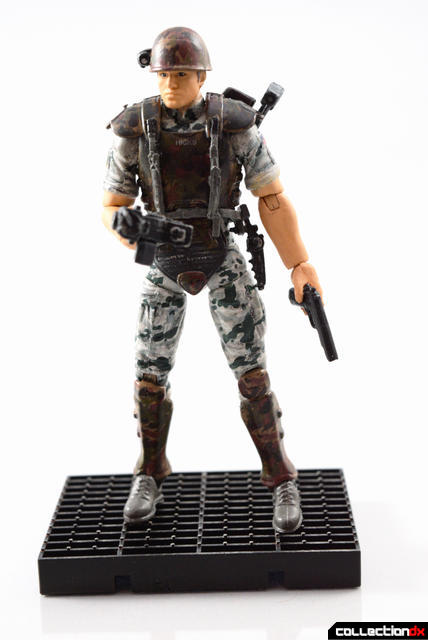 I'm also glad that he came with a stand, because he needs it sometimes.

And if you have multiple figures you can easily connect the stands with the included pieces. 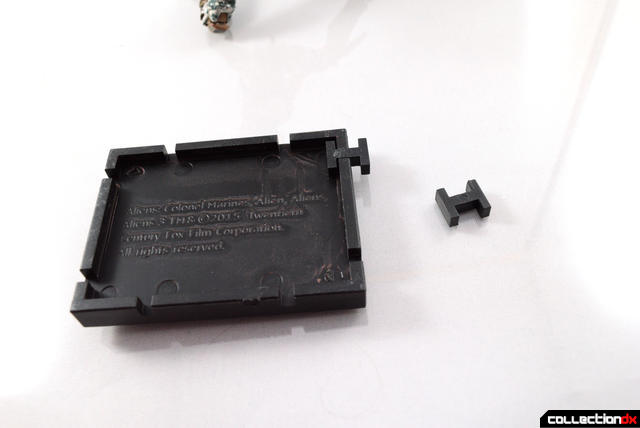 His hands aren't molded as well as some other figures so getting him to hold the other guns or tracker was really tricky. 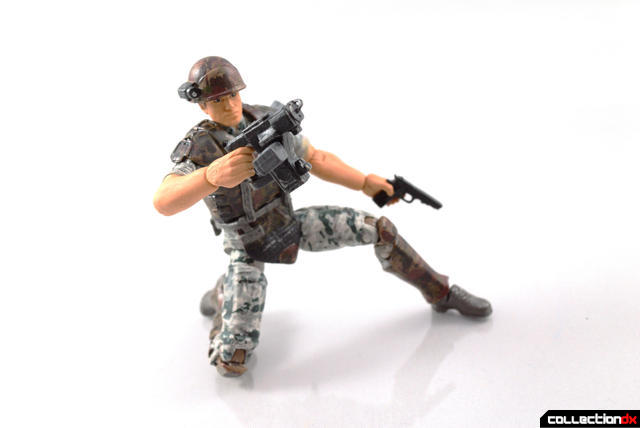 Though when you get them to stay he looks really cool holding the tracker and pistol. They should have given him a slit in his index finger so that he could hold onto the guns better. 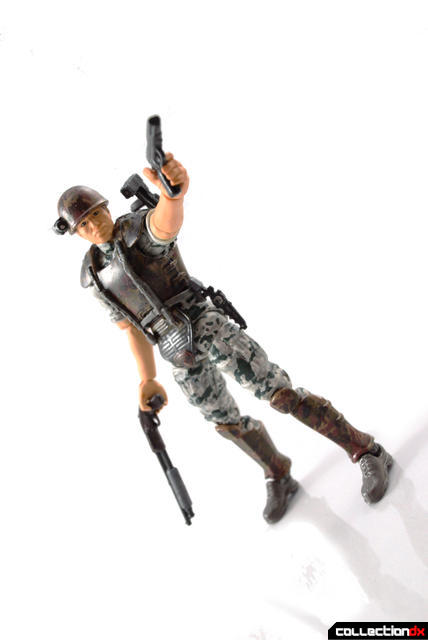 But I don't think I'll have him hold anything other than the pulse rifle though. 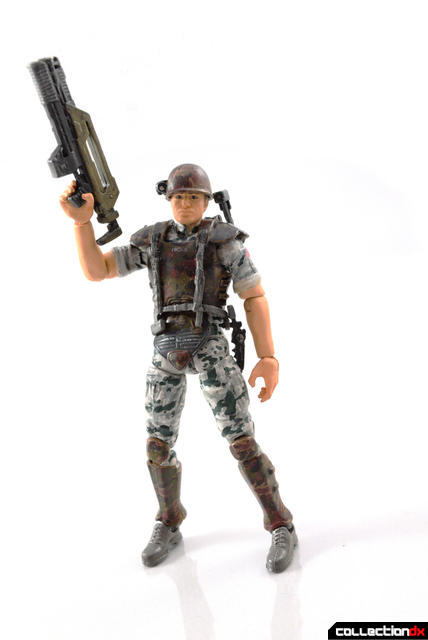 All in all, Hicks is a pretty good addition to the line. He's not as great as the Xenomorphs, but he holds his own against other figures. 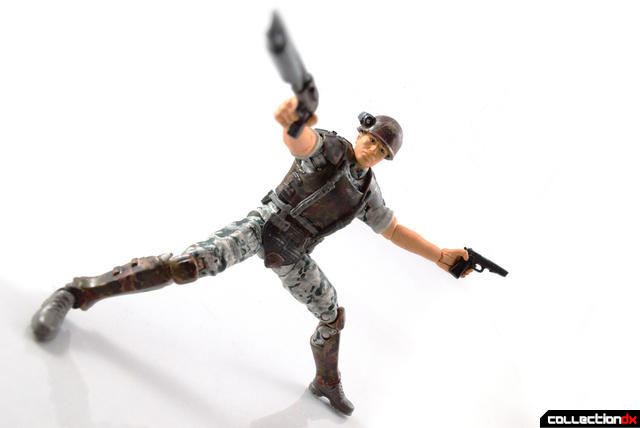 Still, he's very fragile and the thick paint will be a deal breaker for some. It also doesn't help that his price point is pretty steep for a figure so small. But hey, if you like tiny space marines and love Aliens you could definitely do a lot worse.

Hopefully this line continues to evolve since Hiya recently acquired the Predator license. I'll be definitely anticipating those.