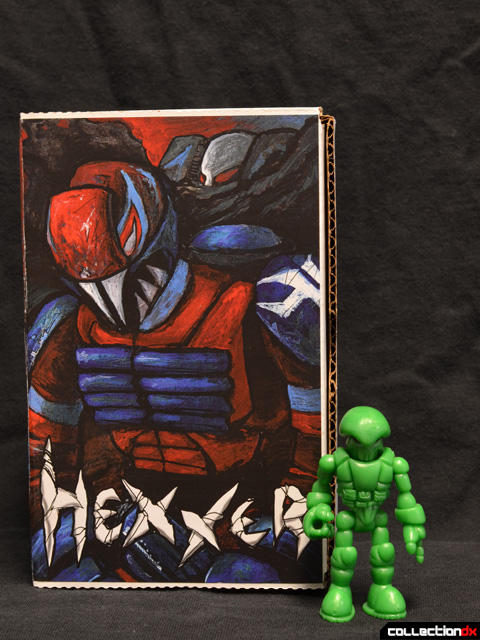 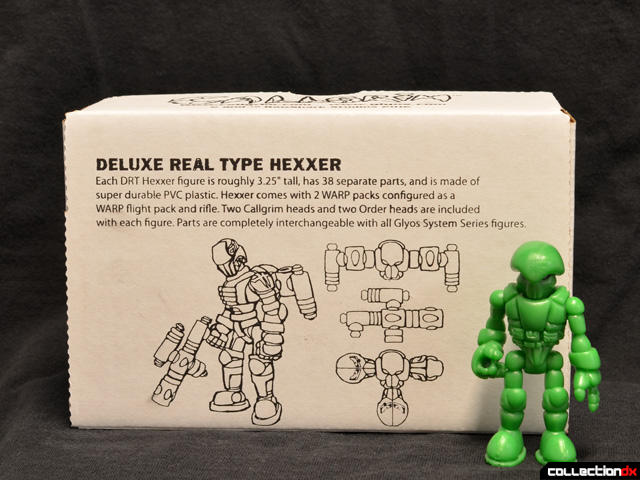 As part of the premium presentation, Jesse has also been packaging each DRT release in a printed box.  Hexxer comes in such a box, with a printed copy of the Hexxer painting by Jesse, and sharp logos and details on the rest of the box.  An art card is also included. 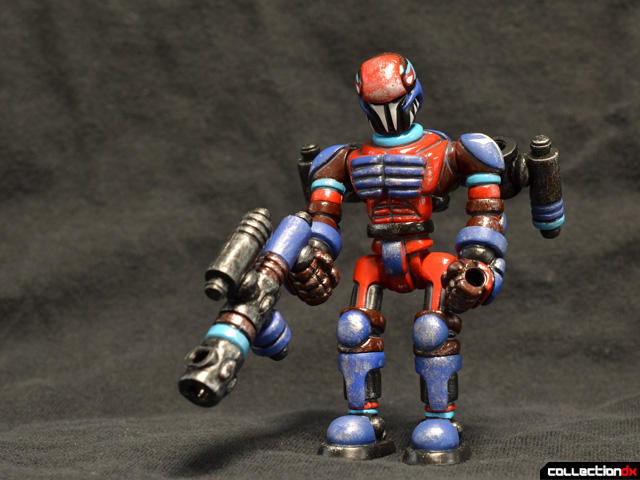 Hexxer comes from the recent DRT Wraith release and is a special character within the Callgrim/Glyos-verse.  Praeco Hexxer works for Callgrim as the Wraith Dominar, commanding a special division of the Order known as the Umbra-Vie.  The Umbra-Vie are specially trained Order members that each command a fearsome Wraith into battle.  Hexxer, as Wraith Dominar, commands the Master Wraith, the first produced.  We'll get to the Wraith in another review. 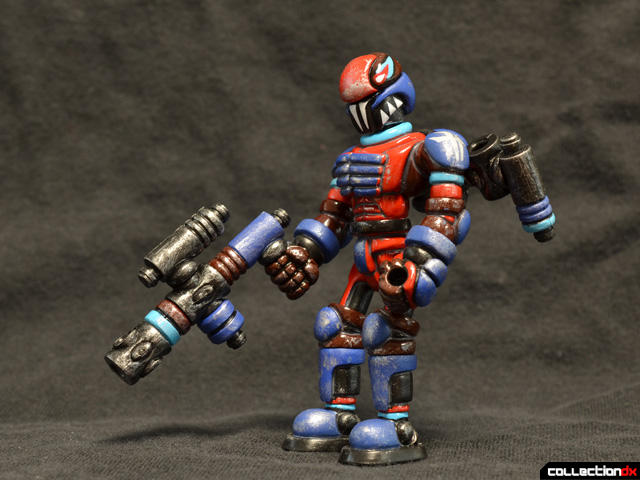 At his core, Hexxer is still a Callgrim/Order mold figure, standing around three inches tall and made from multiple interchangeable PVC parts.  Hexxer includes an extra set of Warp Gear so he can have both a rifle and a jetpack at the same time. 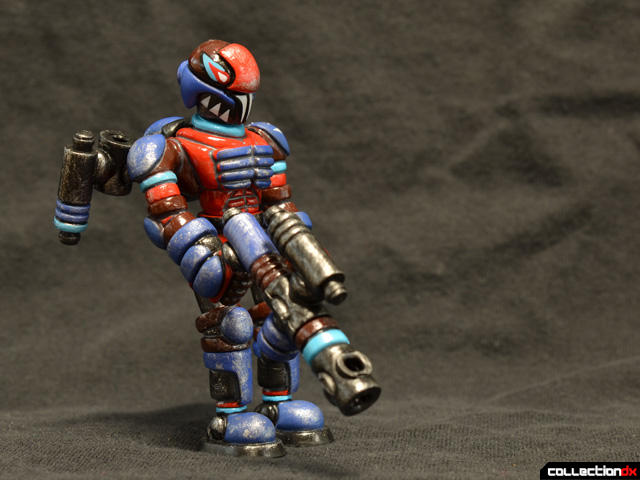 Even though Hexxer features loads of extra paint detail, every part still moves and can be removed.  The paint feels shiny and durable, and I have no qualms handling this figure. 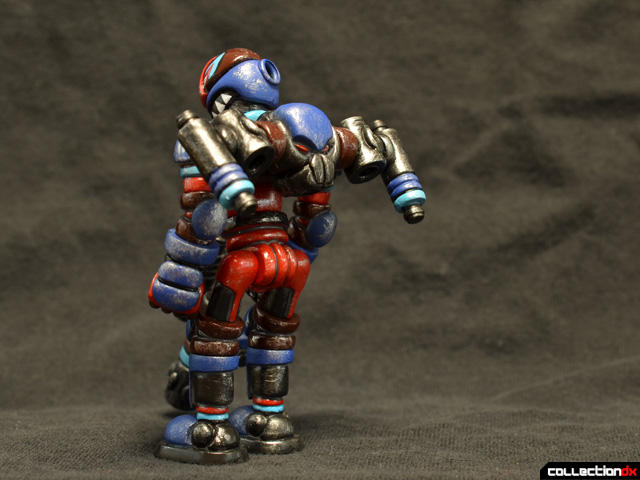 The DRT paint job is impeccable.  The detail work on the armor is sharp, and the Rawshark-signature helmet details are flawless.  The weathering consists mostly of expertly applied silver drybrushing.  It's a simple technique, but it takes skill to do it effectively. 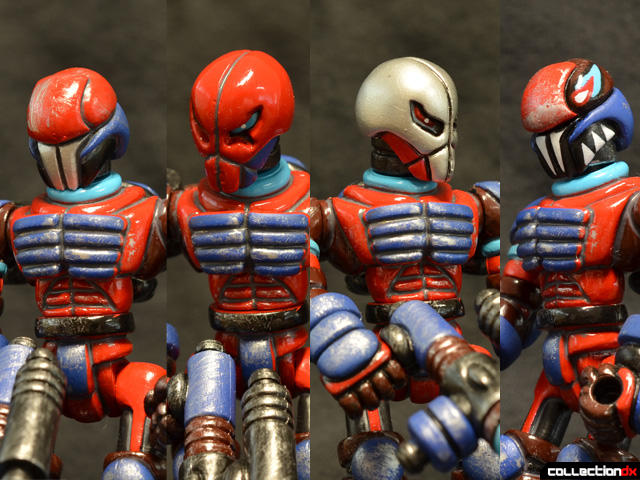 Because Hexxer comes with extra Warp Gear, he also comes with extra heads from the same mold.  Rather than let these parts go to waste, Jesse decided to paint all of the extra heads and include them as a bonus.  You could put together some grunt Order Wraith-commanders, a funky Callgrim, or even use them for some customs on other bodies. 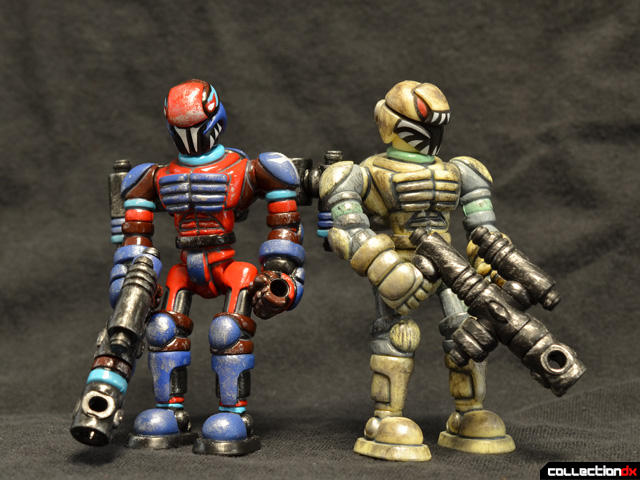 I'll cover the Wraith in another review, but I wanted to post up some shots of Hexxer alongside some other fully-painted Rawshark releases.  The Order figure on the right is DRT Riac.  Riac was from the first DRT wave alongside a weathered Callgrim figure.  Riac features more weathering, but Hexxer features more painted detail.    Both turn me on. 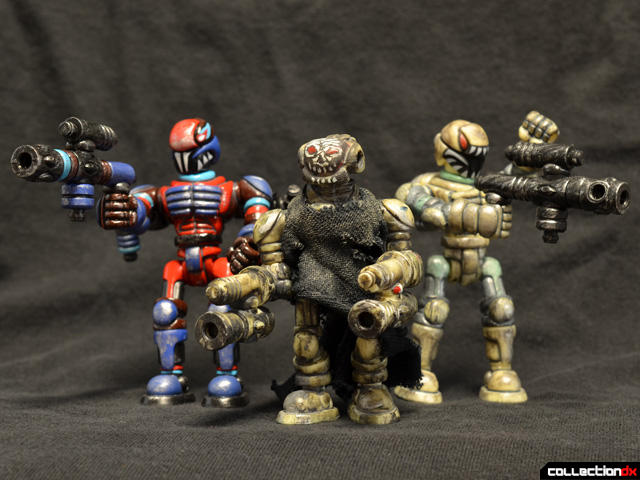 My whole DRT crew (of PVC figures) consists of Hexxer, Riac with his Growler Warp Bike, and a pre-DRT Caliber Dome from the Callgrim Custom Corps release that happens to match Riac.  It's interesting to compare how the paint techniques have evolved. 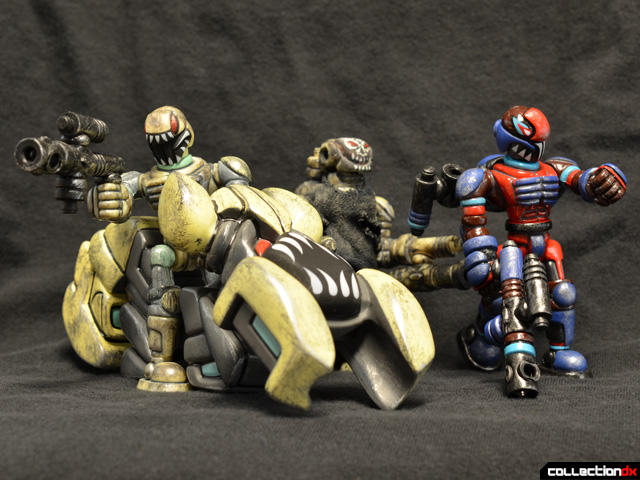 Hexxer cost $40 at release, much more than the regular clean, bagged release.  For that premium price, you get a fully painted and expertly finished figure with extra parts and a gorgeous box.  It is clear that Jesse is working hard to make sure these new higher-end releases live up to that price and expectations.  It looks like there are still a few Hexxers available in the Callgrim Shop, so if you like what you see, pick one up.  You'll be getting a gorgeous toy made with love, but also be supporting a local manufacturer who's a great dude and really cares about what he does.

the details and designs of this (and its pictured siblings) are really well done--- the best i've seen of this type of figure. for the first time ever, i am getting a combo/designer toy. thanks for the review!