These "Heroes Of Cybertron" jumbos were released in 2004 to little fanfare and collectors were divided on them. Some thought they were ugly and not worthy of standing next to classic jumbos, while others like myself couldn't say no to a big, cheap (they were sold on eBay for only $12 each) bootleg. Clearly unlicensed toys, they were produced in Hong Kong. Most of the time, people refer to them simply as the "Starscream jumbo" but that may be because of the way they were sold. More on that below.

This toy was released in three different colors; gray, blue and purple. I suppose that they were supposed to represent the three original G1 characters of Starscream, Skywarp and Thundercracker, which I'm sure you all know also shared the same design. 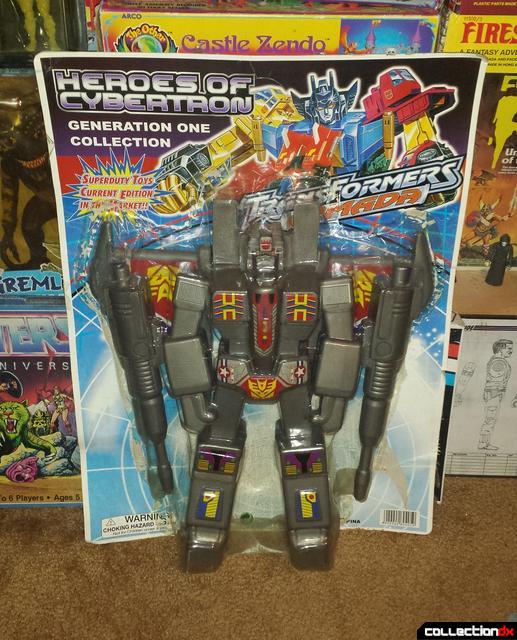 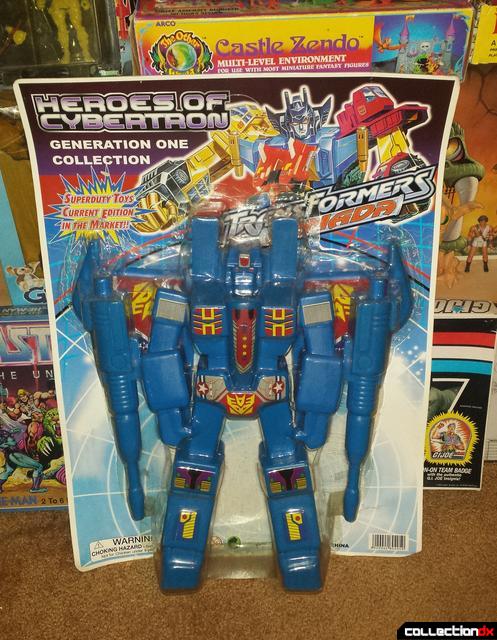 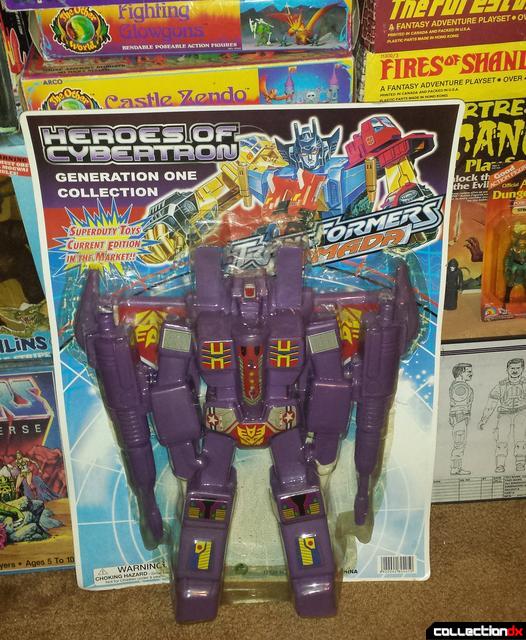 Like most jumbos, these toys are made of polyethylene and are quite large, at something like 21" tall. Each is made in one full color with stickers for ornamentation. Unfortunately, the downside to them is that they really aren't that well made. The connection points for the arm cannons and especially the wings are too small and they tended to be floppy, if they stayed connected at all. The only articulation is that the arms can move but again, they often didn't stay elevated, at least as far as I recall. On top of that, the wide stance and wings make it harder to display with other jumbos. 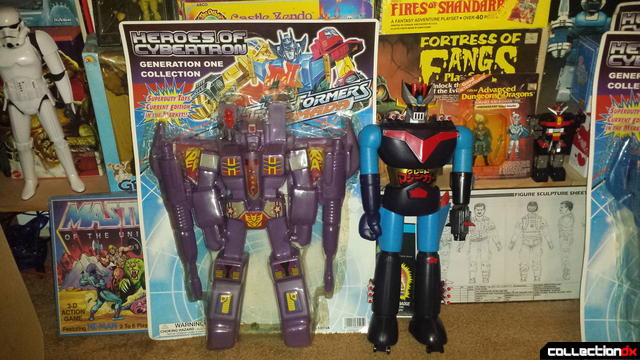 So now let's talk a bit about the packaging and how they were sold. As I said above, you could buy them on eBay for $12. They were offered with no packaging at all. Initially, I got only 2 colors because one was not listed at the time. When I opened the box and started to check out the contents, I noticed something that surprised me. There was this large piece of cardboard wrapped around parts of the toy. It took me a minute to realize what I was looking at but when it clicked, I was dumbfounded. This was a backing card for a HUGE action figure. I lined up the jumbo to the space and sure enough, it fit! So what was the deal?

Well, at the time, the seller had his Yahoo Messenger name posted in his eBay listings so I took advantage of the opportunity to chat with him a bit. I mentioned the card and he informed me that, yes, these were originally intended to be sold on a giant blister card like a regular action figure, but due to the huge size and weight of the toy, none of them would ever stay attached. So rather than sell them that way and have customers complain about the packaging falling apart, to say nothing of the added cost of shipping, the decision was made to simply tear all the toys of cards and sell them loose! 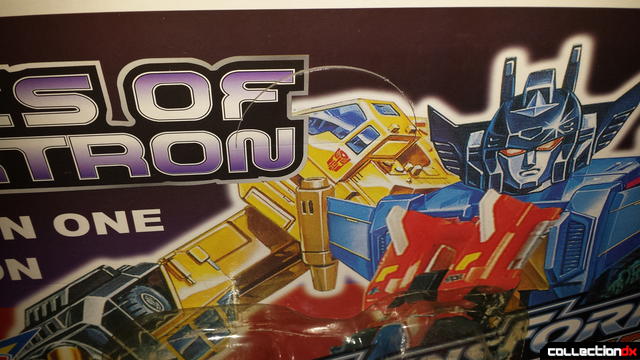 Since I still needed one color to complete the set, I asked him if he had it and also implored him to also send me some of the cards and blisters, if they were available. He said that there were some still lying around and warned me that they had not been taking care of, but I didn't care. I thought the idea of jumbos on blister cards was so ludicrous that I just had to have them. So he sent me the final toy I needed and all the cards and when they arrived, I placed all three toys on their cards, put the blister over the top and stapled it down. So the specimens you are looking at in this review are not "sealed" per se but they are, to the best of my knowledge, the only complete set of these with the original cards out there. (I do know my good friend and fellow CDXer Jerilock also has one on the card, but he elected not to get all three.) If anyone else out there has them with their original cards, I'd love to know! 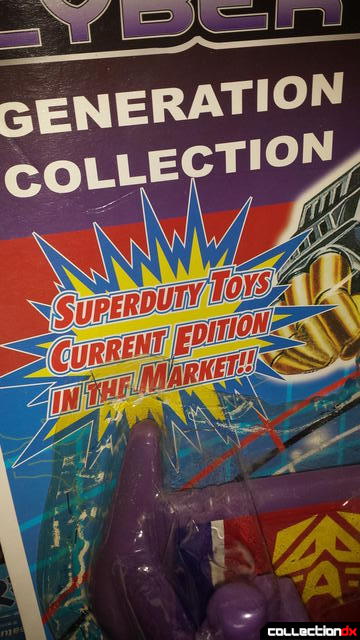 In our chats, the seller also told me that there were plans to make Optimus Prime and Megatron, but that never came to pass. My guess is that it was simply too expensive to make toys this size and sell them for only $12, especially when they didn't fully gain traction among either jumbo collectors or Transformers collectors. Combine that with a lack of quality to begin with and the whole enterprise was dropped. So what we were left with was an interesting, if undesirable, footnote in the history of jumbo toys. 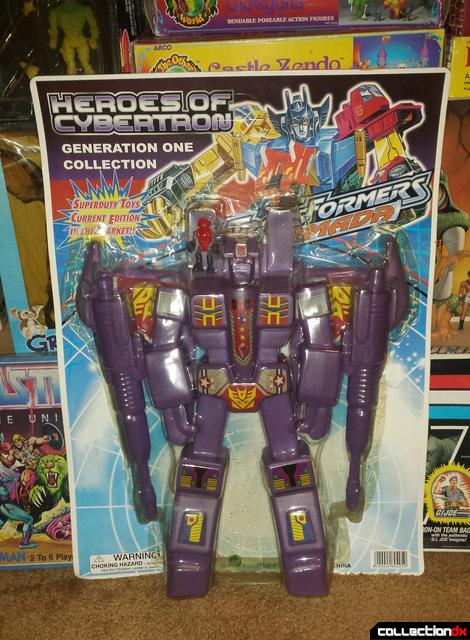 Lastly, I love that they are called "Heroes Of Cybertron" when all the characters are villains!"