The Bramble Mk2.5 (Heavy Bramble) is an upgrade for the Bramble Mk2 platform already widely employed by both Terran and Martian forces.  Heavy Brambles were designed to serve as a low-cost alternative to the hulking Large Martin line.  Equipped with a massive Aunty Jack 4 Way RPD, Heavy Brambles deal long-range death and are mobile and rugged enough to wade in and deal some up close hurt.  Heavy Brambles have been released in both WWR and WWRp. 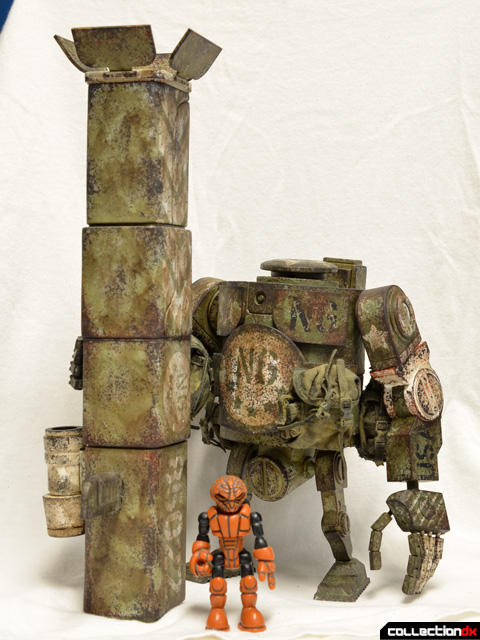 In WWRp 1/12 scale, the Heavy Bramble stands around seven inches tall.  The torso and legs are the same as on the Bramble Mk2, with new arms, head, and powerplant on the back.  It is made from rugged vinyl and hard plastic, and all of the joints are nice and tight. 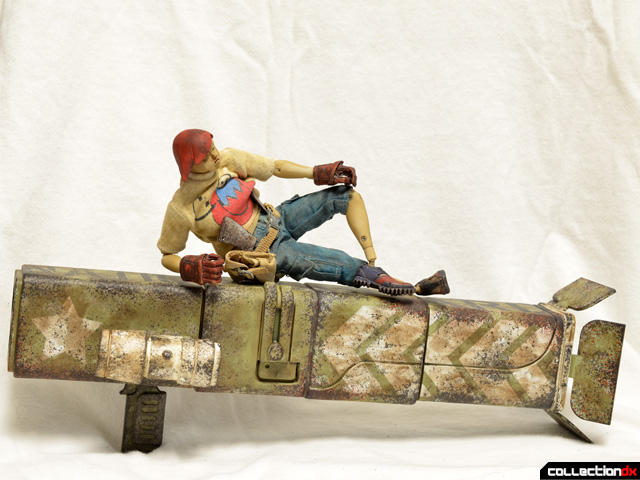 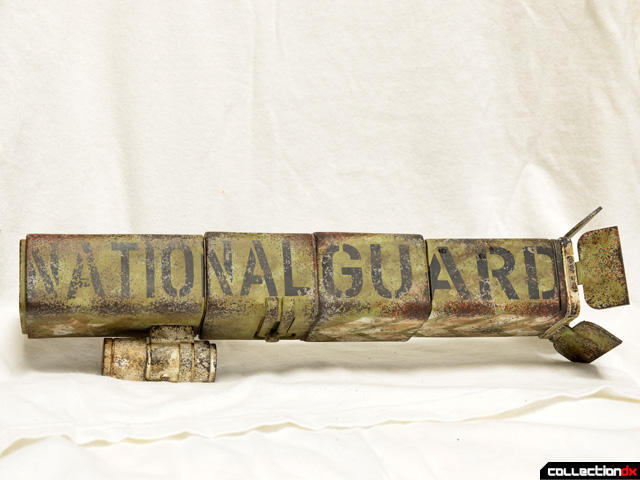 It’s a good thing the joints are solid, because the Aunty Jack RPD is a serious piece of artillery.  Made from vinyl with hard plastic fins, the rocket launcher is a beast.  It spans about eleven inches with the fins, which do not move. 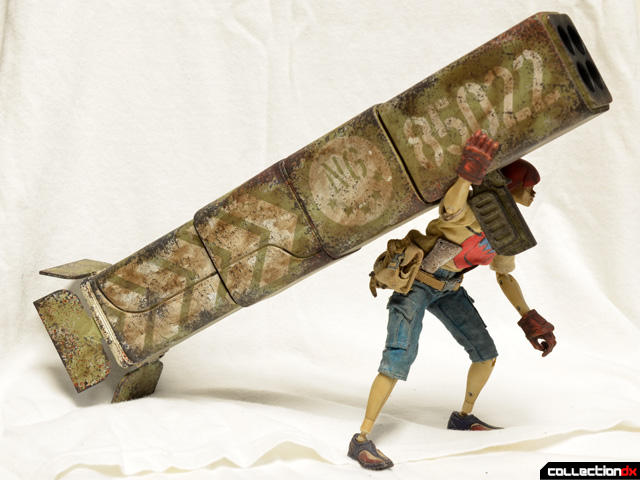 Having a scale human handy really gives a sense of how over the top this weapon is. 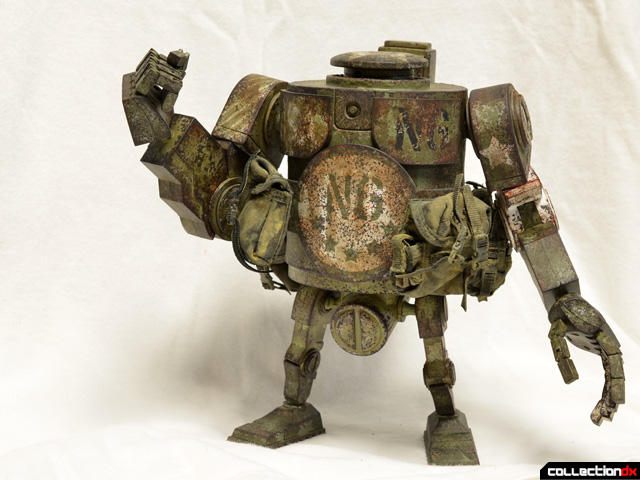 The Heavy Bramble itself is fully posable and fun on its own.  I swear, for all the 3A bots I now own, the appeal of articulated fingers never wears out. 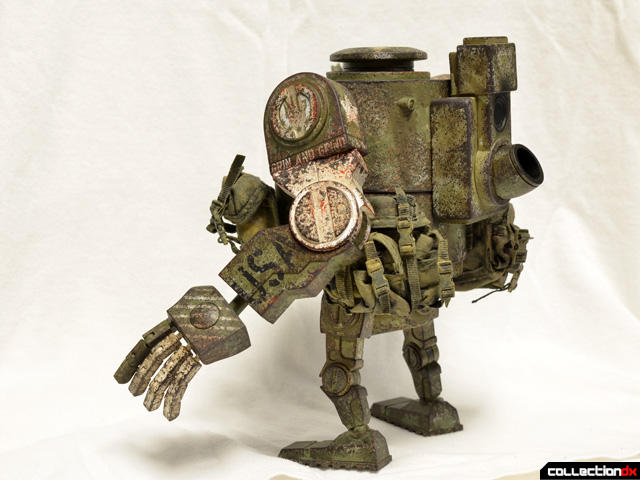 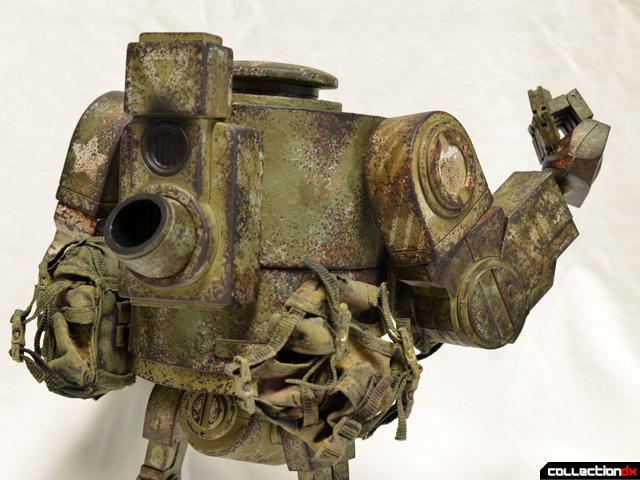 This particular Heavy Bramble is the North American retailer exclusive WWRp National Guard version.  Anyone who knows me knows this olive drab and white star rusty machine is perfect for me.  This Bramble keeps us safe while we sleep. 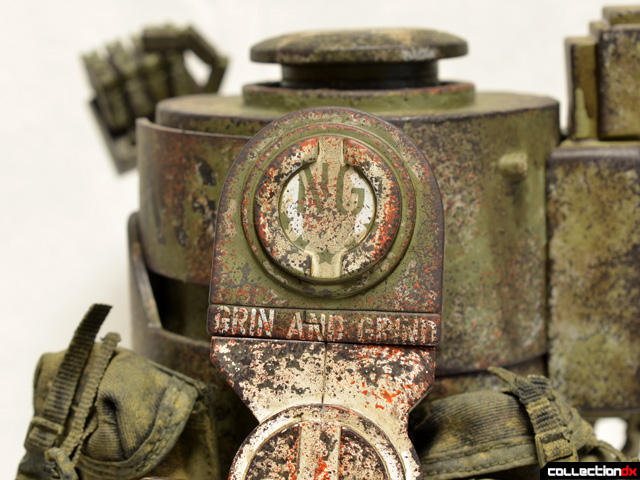 GRIN AND GRIND.  Everything and everyone in the World War Robot universe is miserable and I love it. 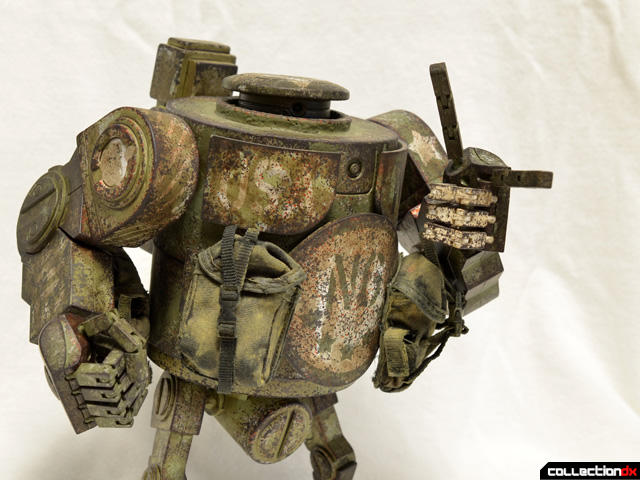 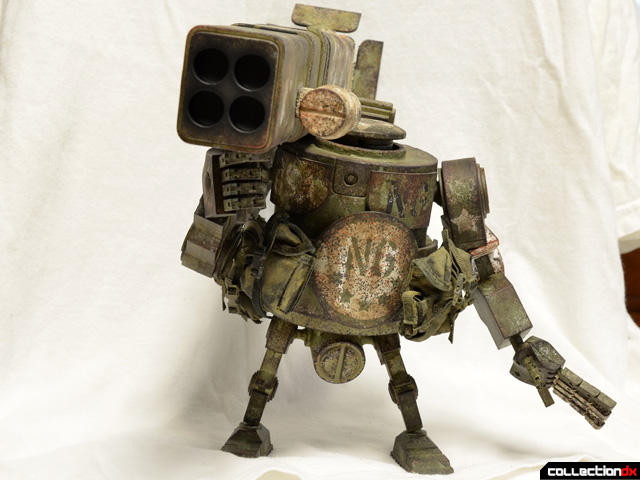 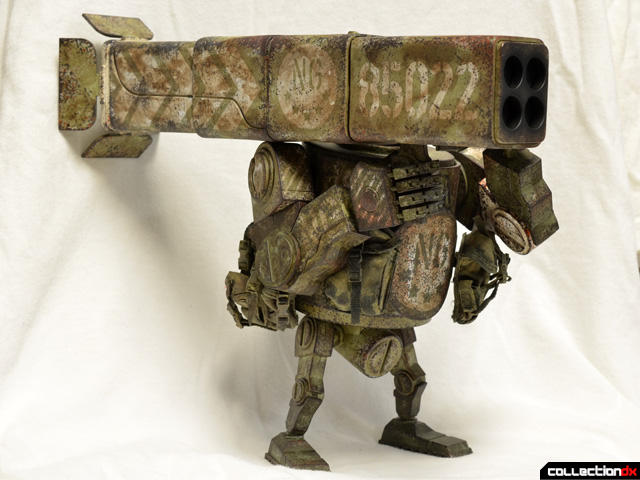 The Heavy Bramble holds its giant weapon with ease.  It can take aim one-handed… 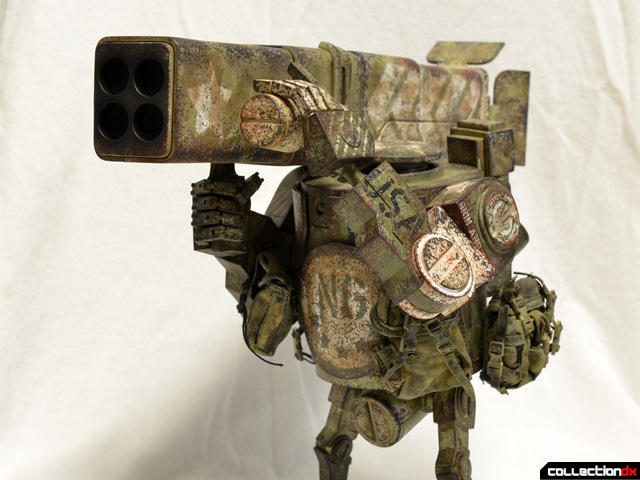 …or use two hands for more stability. 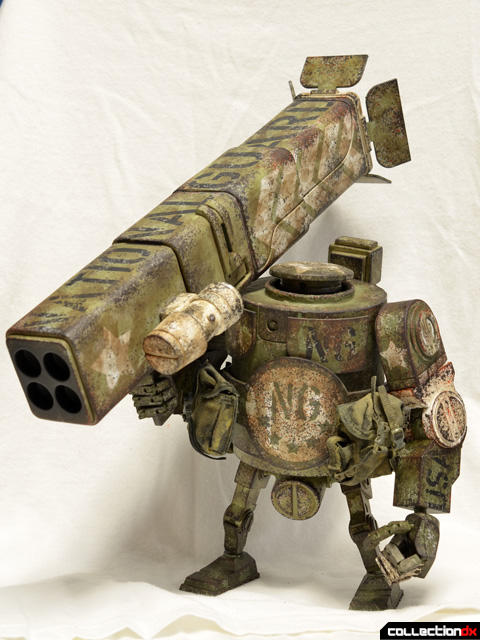 It’s impractical and takes up a ton of space, but even at ease the Bramble Mk2.5 looks great slinging its giant rocket launcher around. 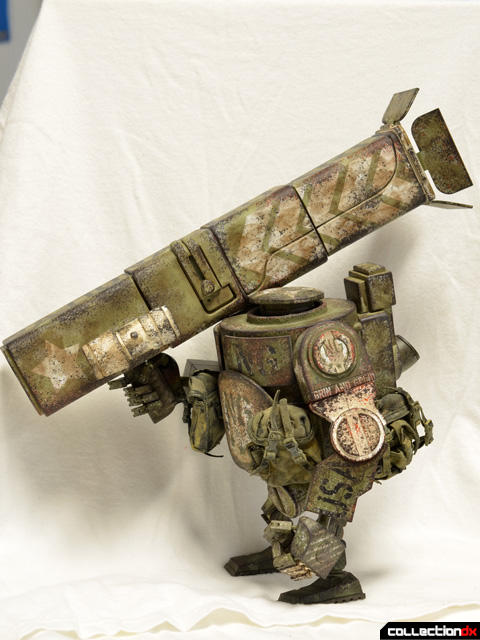 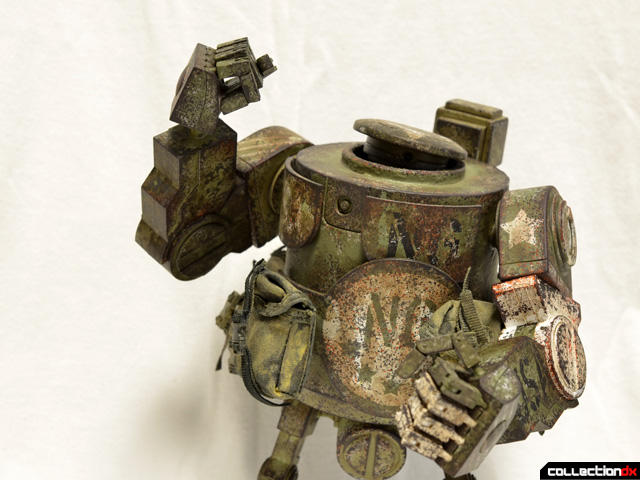 There is a retailer wave of Portable Heavy Brambles available at places like Sideshow and Big Bad Toy Store right now.  They are $70 each, and awesome.  There are also a number of WWR fullsize Heavy Brambles that are easy enough to find on the secondary market, but expect to pay for shipping.  In 1/6 scale, the rocket launcher is about two feet long and weighs a ton.  The big Heavy Brambles can still hold their launchers well, but they are a little less stable than the Portable versions due to the sheer weight of the RPD.  Even with their giant guns in storage, though, the Heavy Bramble is a fun, chunky bot with giant hands that can get into all sorts of trouble.

oooo! i love this colorway. im still waiting for mine to come in. wen i heard of this colorway- i was in. thanks for the review!

I really like the look of these, part punk rock, part graffiti art part real robot!

i am still waiting for an wwr/ashley wood robot toy that has a more compelling head sculpt.

The design reminds me of the SOC General Franky