Where do I start with this one?

Gattai Henshin Robo Auto (ガッタイ変身ロボオート)is #3 in a series of small transforming toys by Hayakawa toy corp, released sometime around 1982. While not a direct rip-off of Cy-Kill of the Gobots (Bike Robo from Machine Robo), it was obviously very much intended to cash in on its popularity.

It's a terrible toy. But I had never seen it before, and it led me down a rabbit hole of discovery.

Here's the box. It's the best thing about this toy. 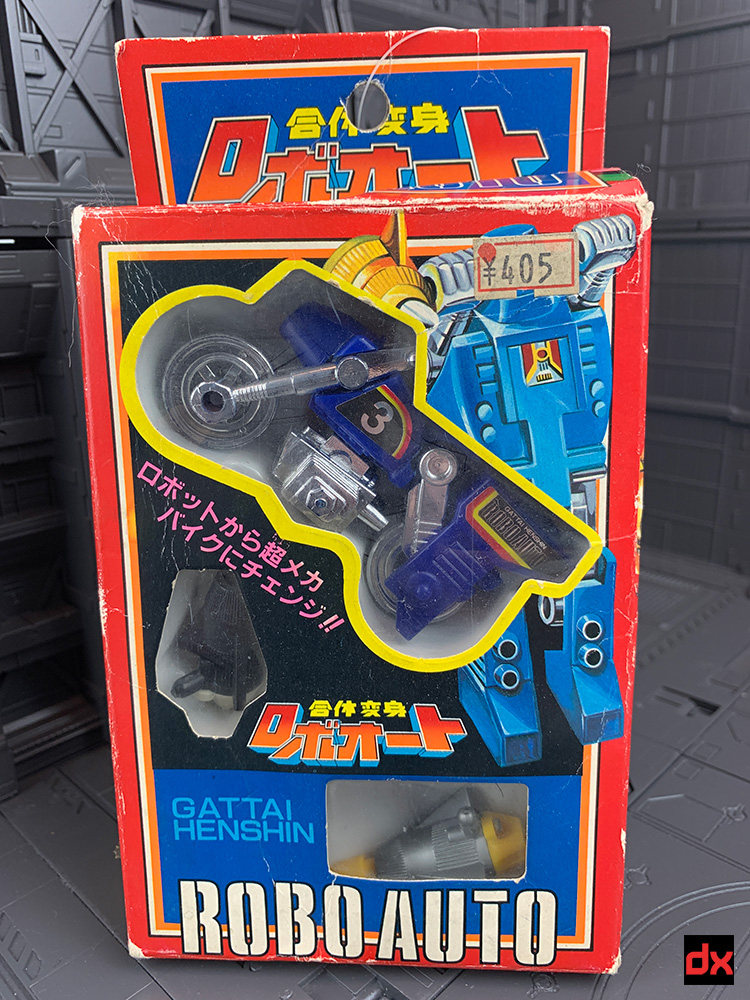 It's still got a hanging loop around the hanger hole, and the original price tag of 405 yen. 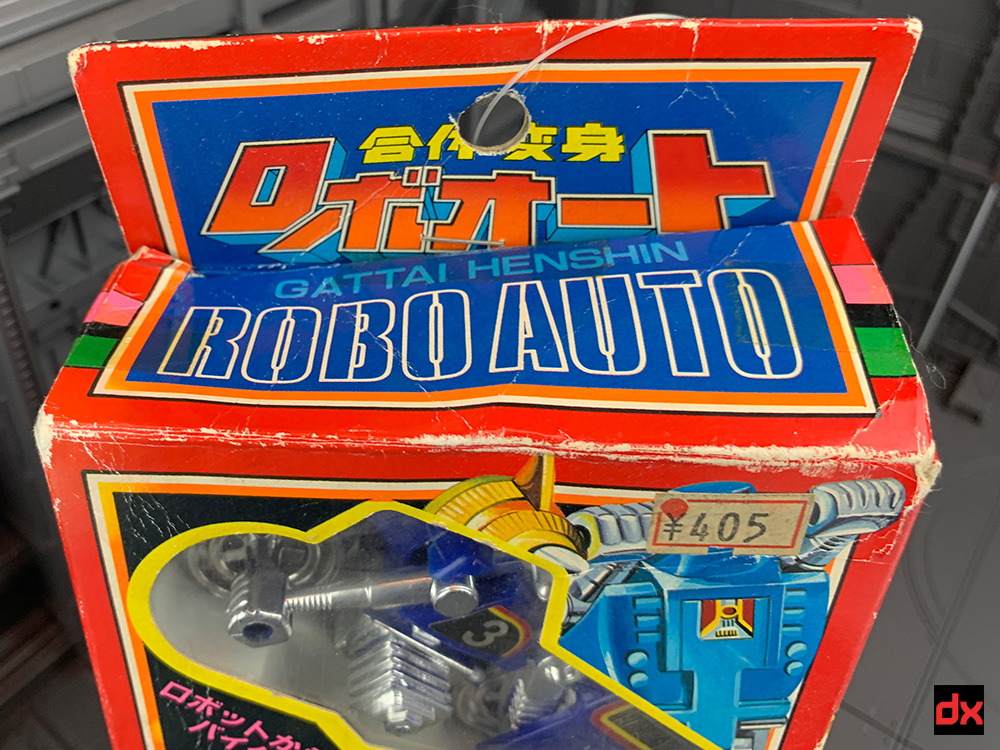 This artwork is pretty great. 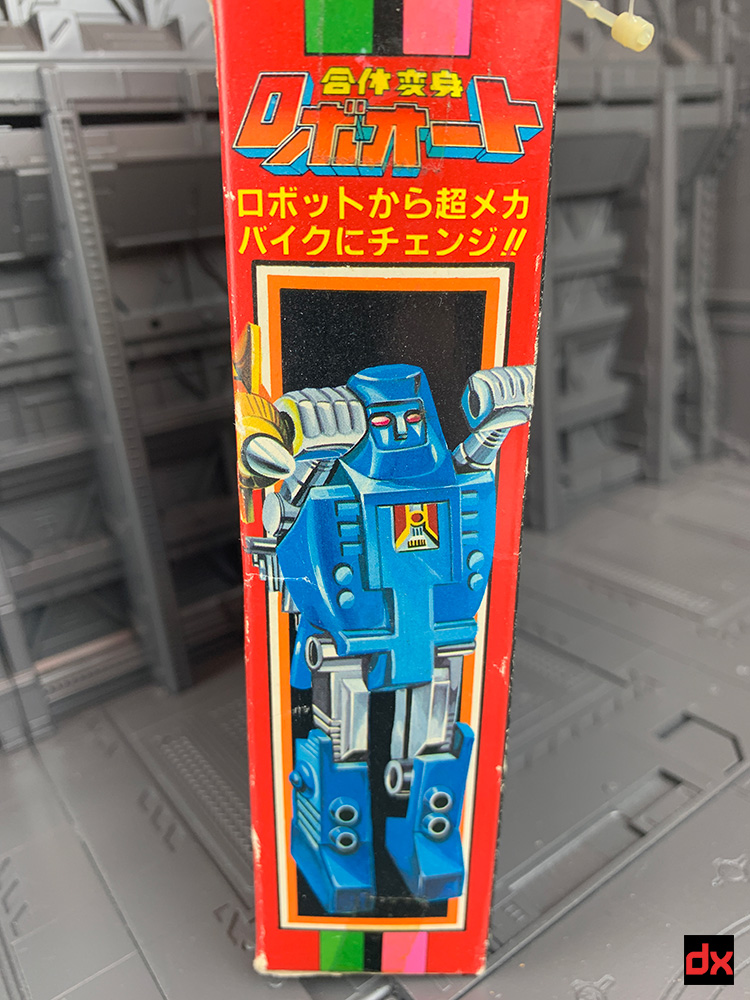 The back has transformation instructions, and you can see the manufacturers mark on the top right next to the ST safety mark. At the bottom it states "Made in Japan" 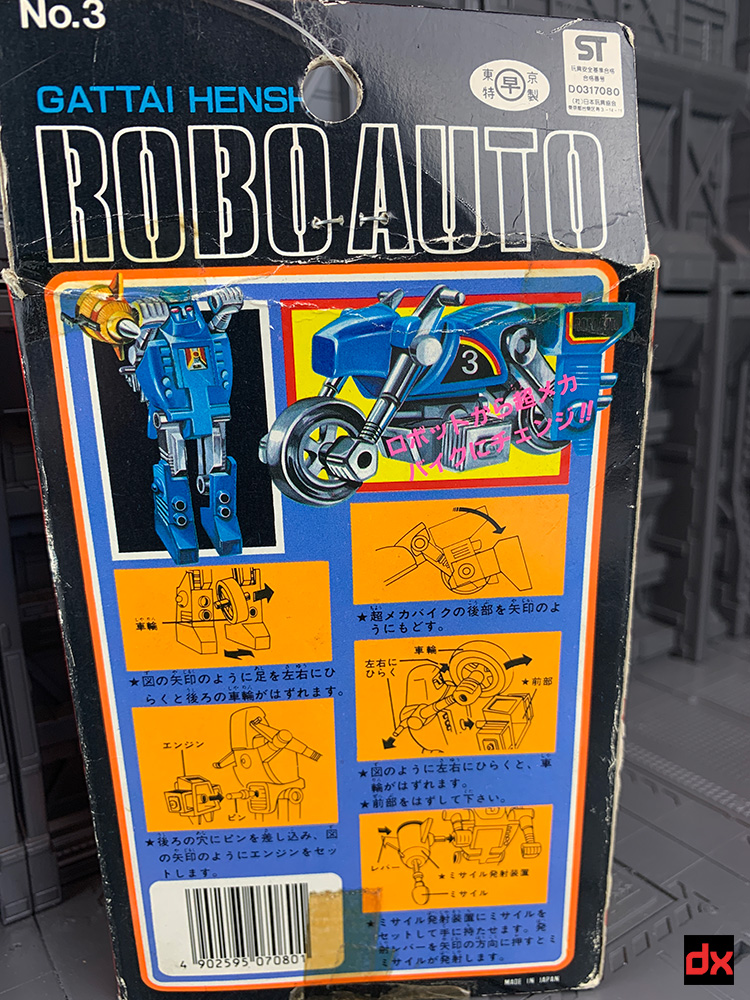 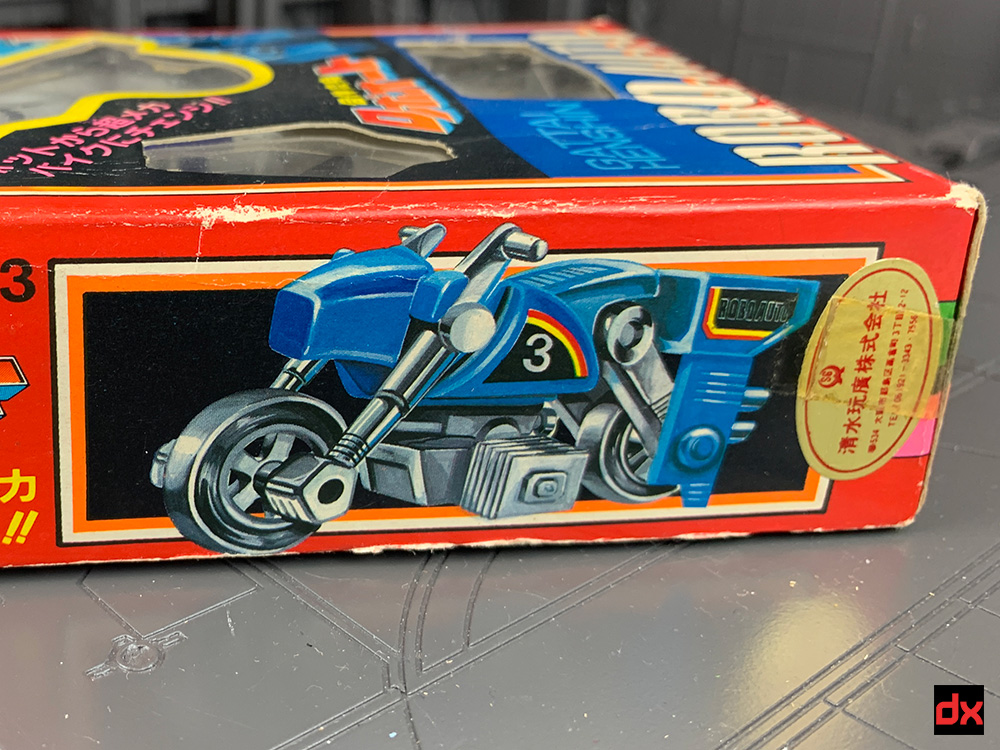 That foil sticker? It's for Kiyomizu Gankou, who is likely the distributor. (Thanks James!) 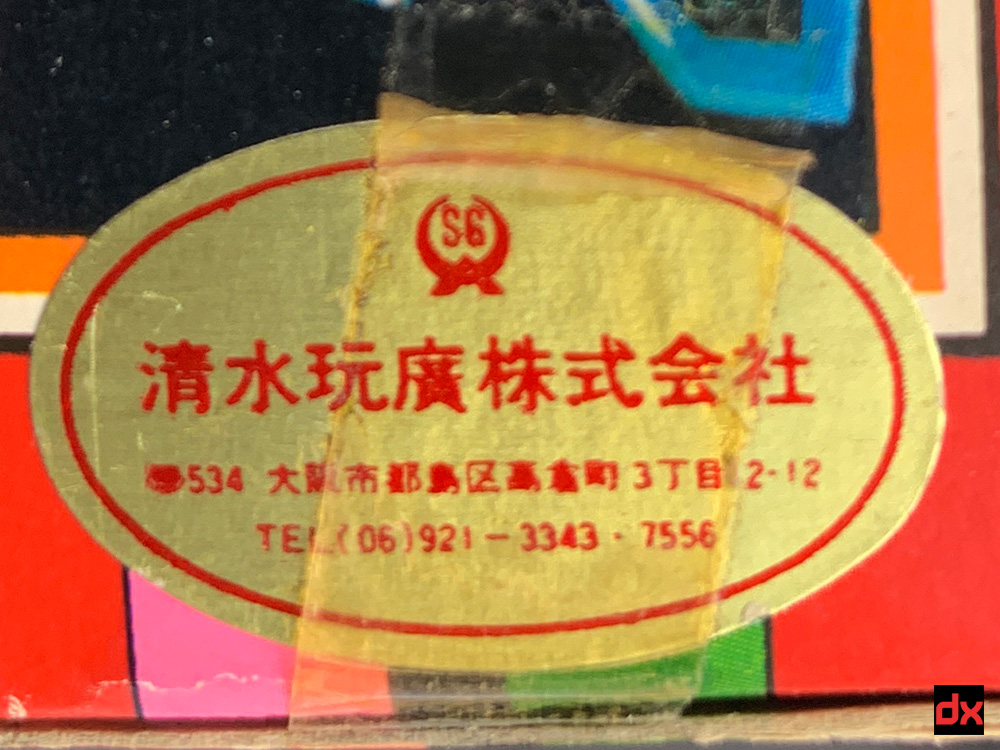 Inside the toy rests in a very flimsy plastic tray. I am missing at least one missile. 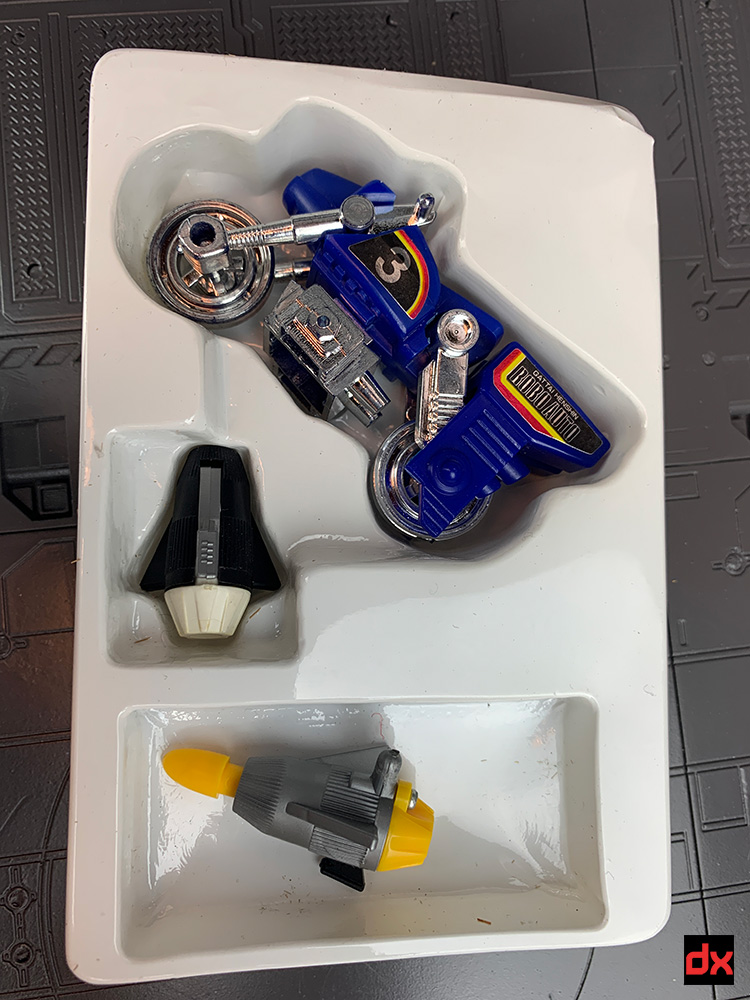 Get a good look at the motorcycle form below, because the toy is unable to hold this mode outside of the package. On the plus side it's got lots of chrome and cool stickers. On the downside, it literally falls apart in your hands. 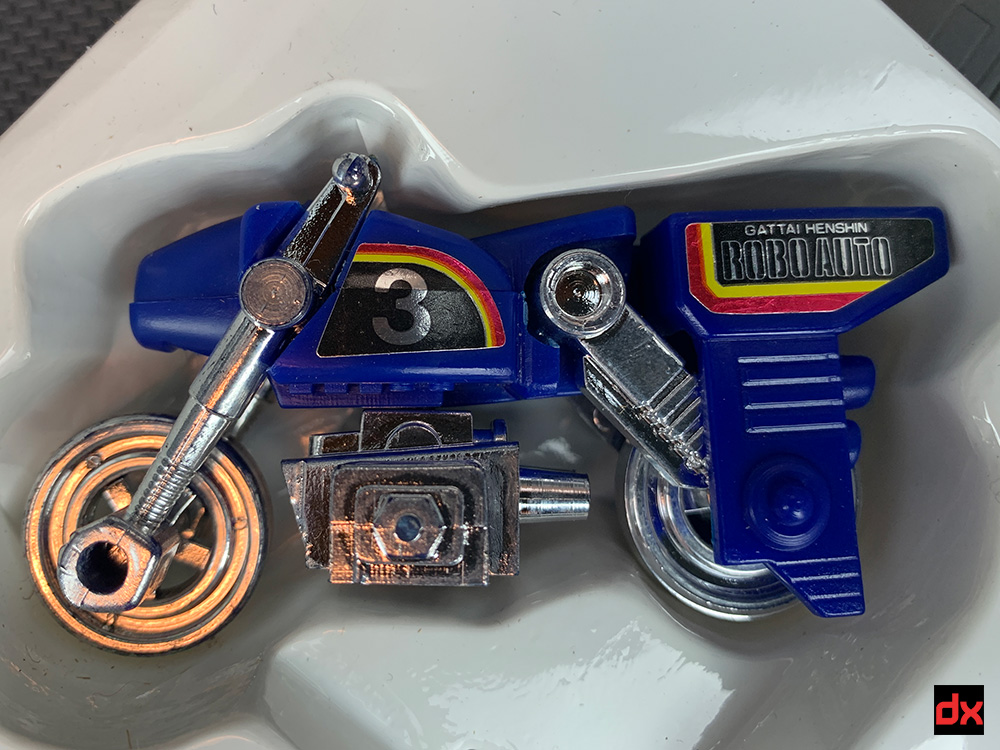 Here's the toy in robot mode. Breathe on it wrong and it falls over. The problem is that there's nothing to secure any of the parts in place. No tension, no nubs on pegs to pop into place. Nothing. Literally, everything from the waist down will fall off. 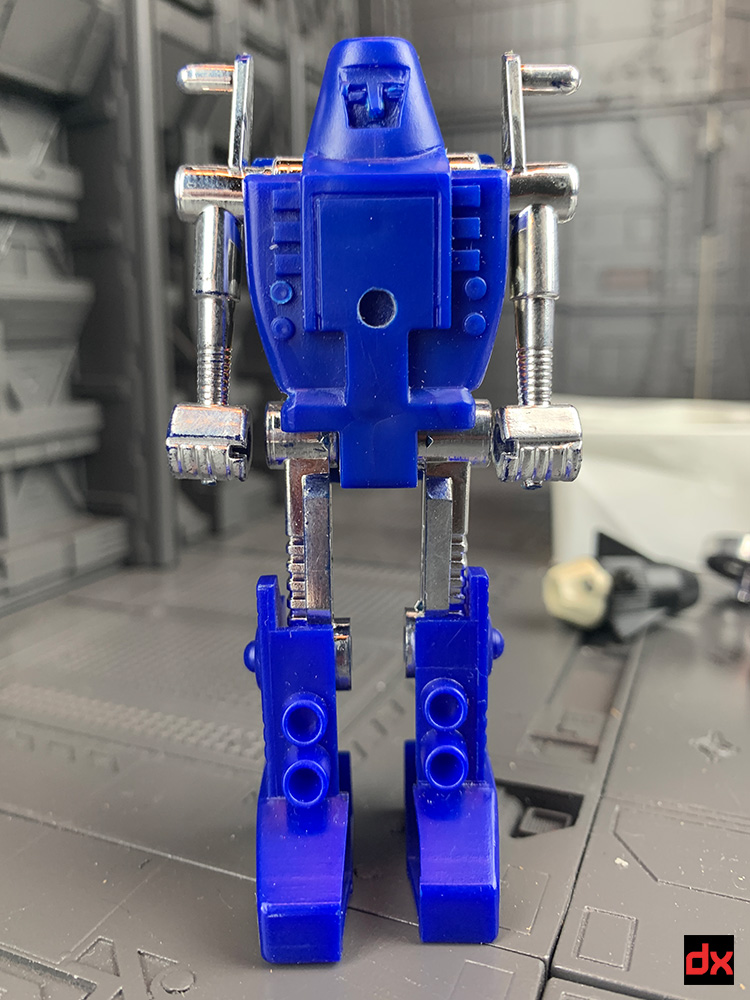 The face is just mashed up. In my research i've seen some with a cleaner mold, so quality is all over the place. 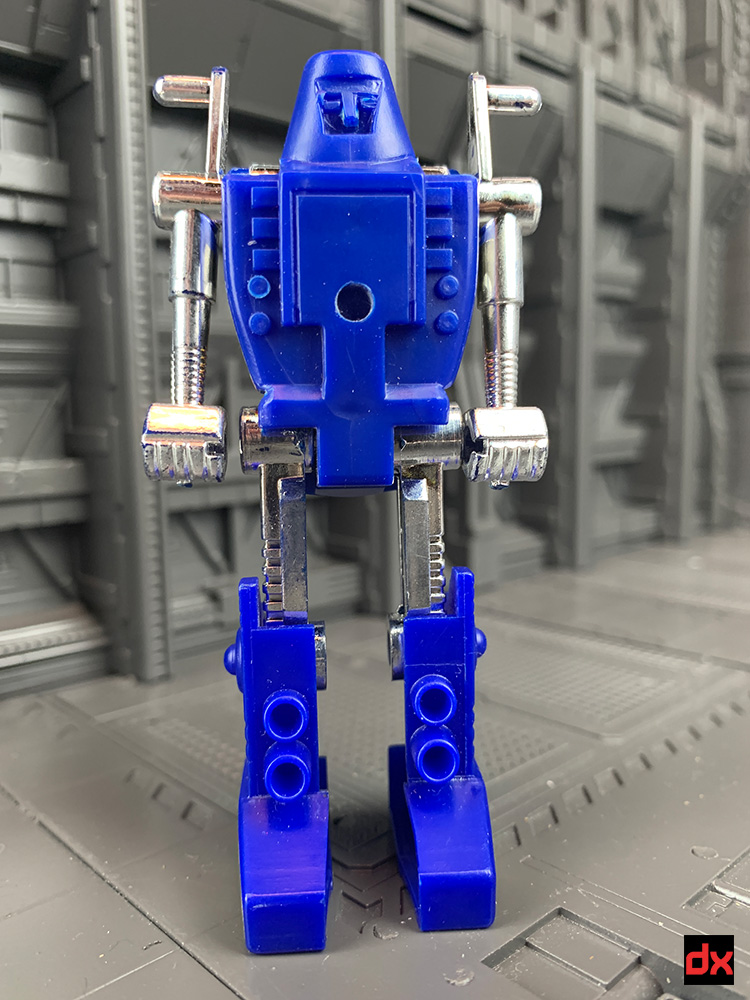 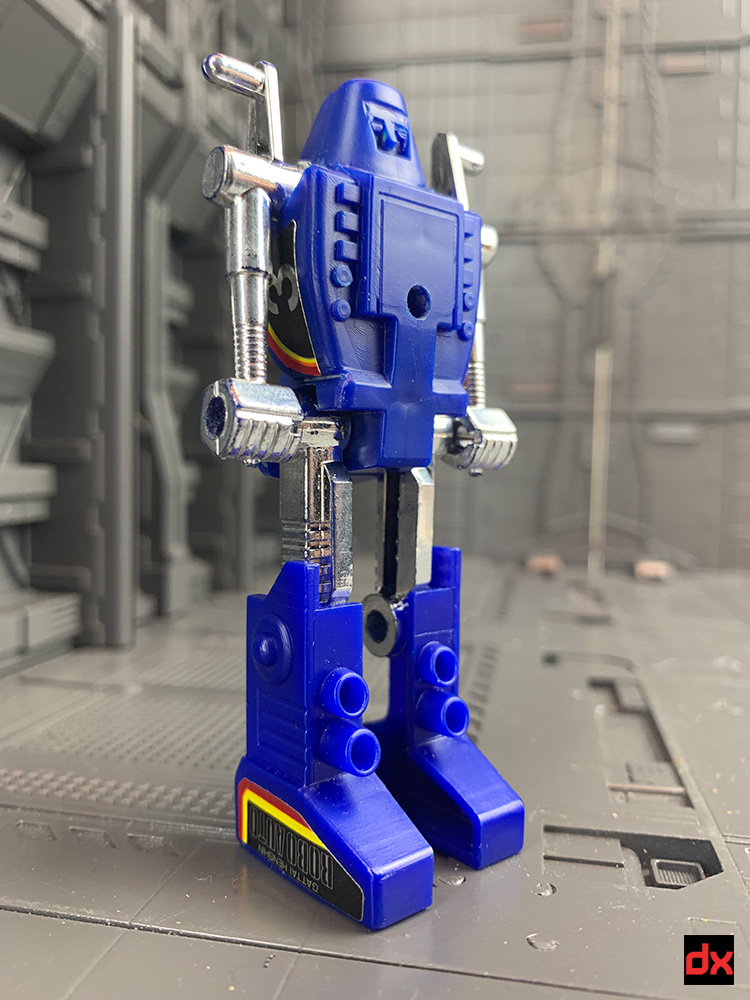 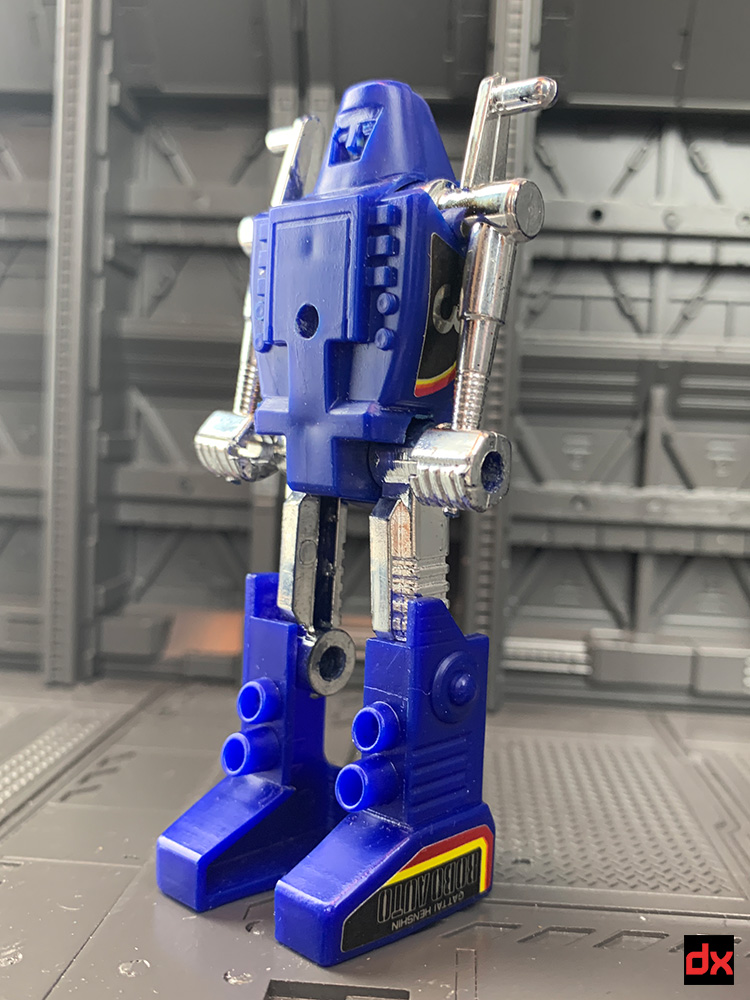 The two guns are spring-loaded missile launchers, and can fit into either hand. The missile fire with a great amount of force. 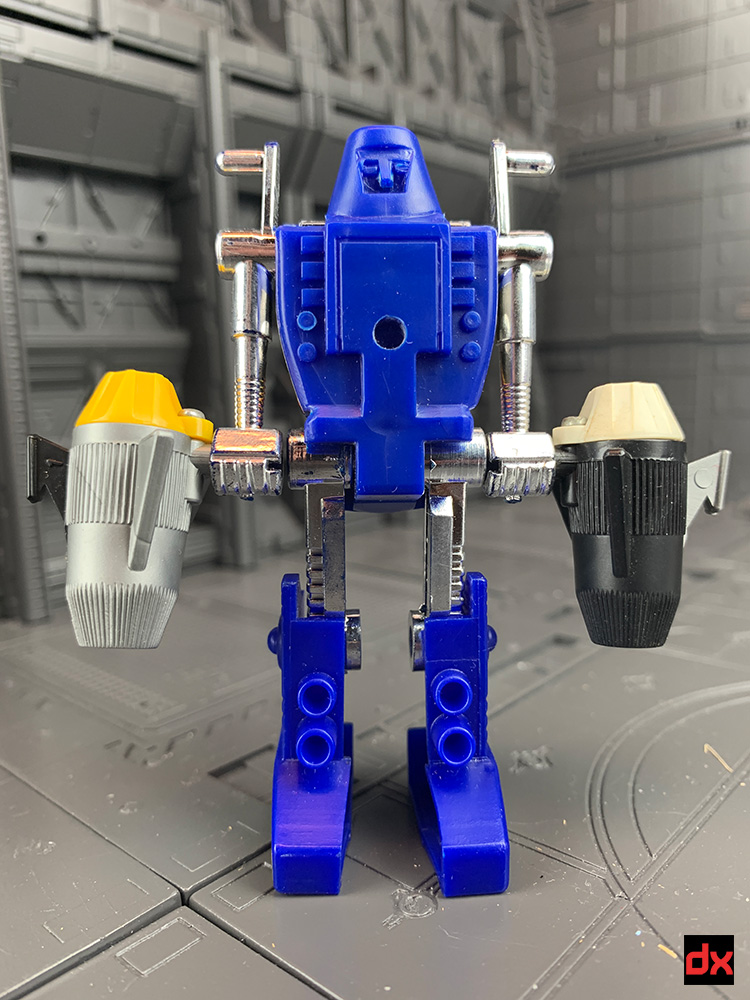 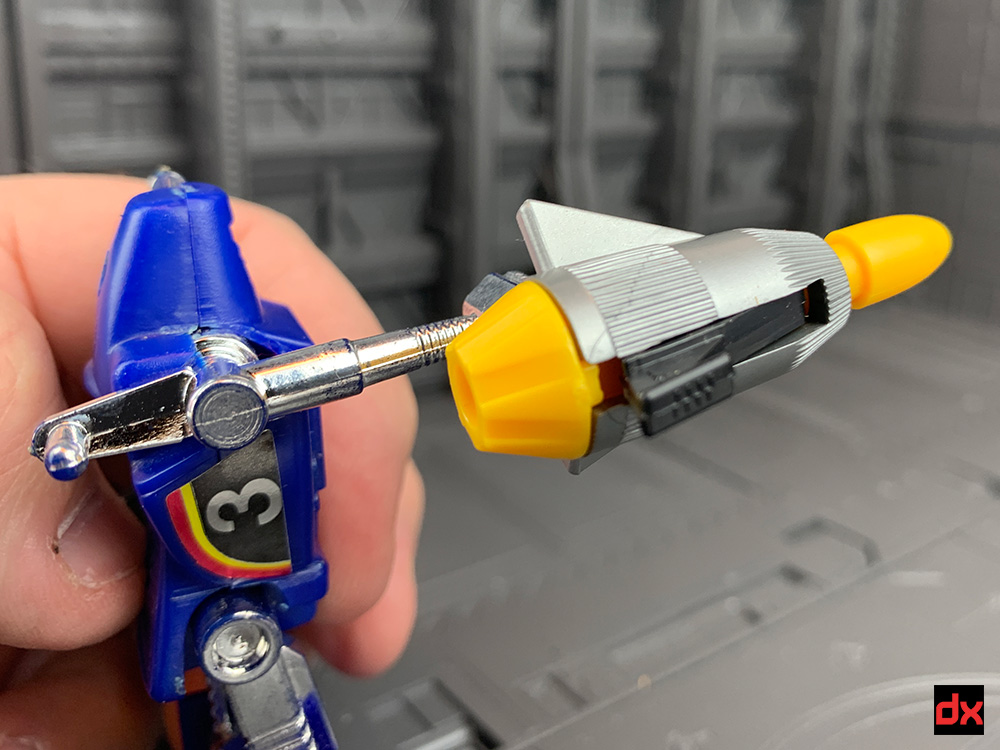 In bike mode, it just does not hold together. One change from the Cy-Kill design is that they made the legs flip up instead of going out straight, so the wheels attach at the knees instead of the feet. It would probably be pretty cool if it stayed together. 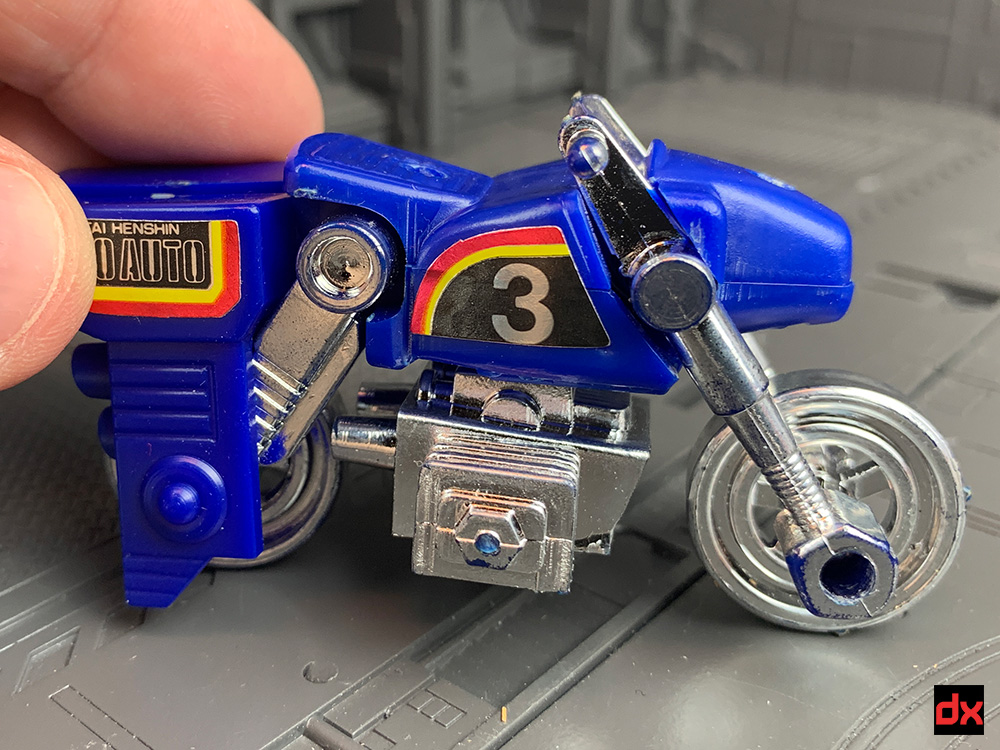 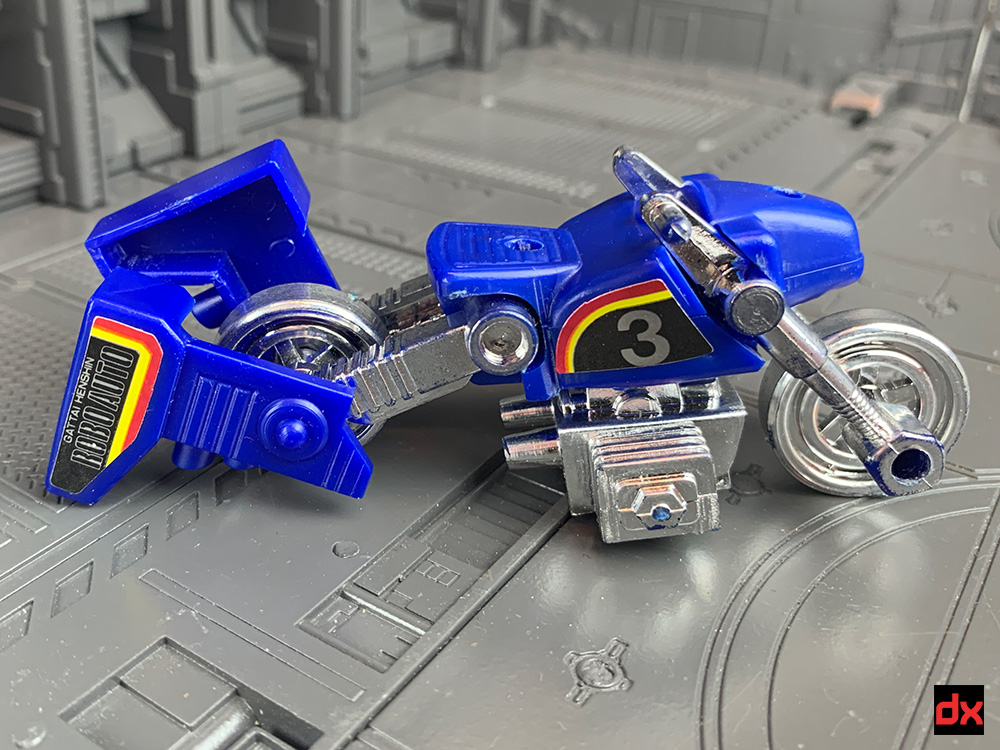 The launchers can be added in bike mode by attaching them to the front of the forks, or in the hole in the saddle. 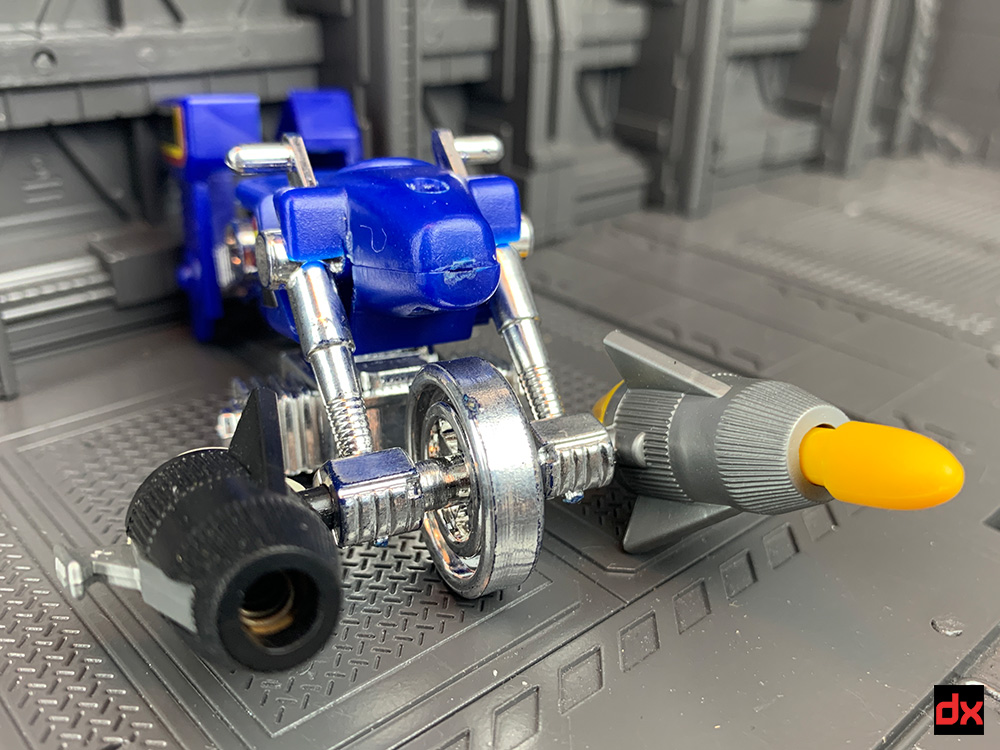 I've never seen the other two entries in the line, just these old catalog images. They look wonderfully crappy, and I can't wait to track them down.

At least it looks cool, in and out the box. Would be awesome if someone made a modern, non-crappy version.