Trailbreaker was one of the very first G1 Transformers I got as a kid, I think even before the rubsign was a thing. It was a clunky, lanky toy, but I fell in love with the diecast metal and shiny chrome contrasting with the cool black design. Naturally, I was very excited to get this new release as part of the War for Cybertron Earthrise line.

But what did they do with is face? The Trailbreaker I knew had this cool stoic robotic face, not this weird ass smirking humanoid face. I don't get it. I don't like it.

The rest of the toy is fine, as a retool of Hoist they changed the head and accessories as well as the color. I just can't get over the head. It's personal preference, I know, but it is what it is. 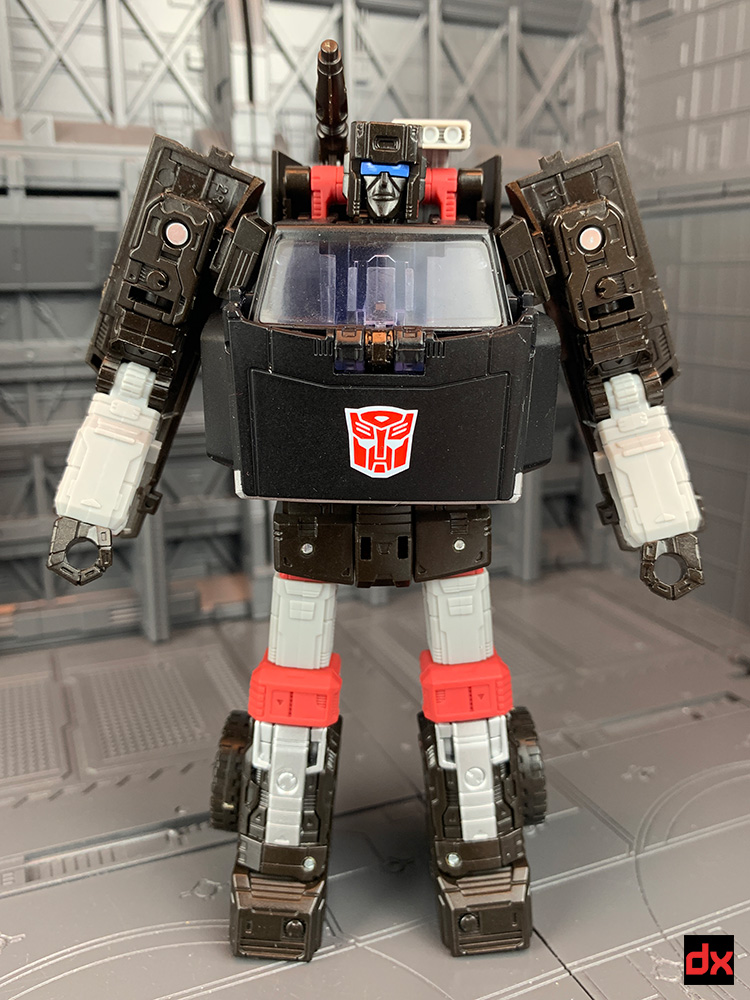 In robot mode, he's quite poseable, but he's hindered by the large arm panels that are a holdover from his G1 design. He's got fold out accessories under his back unit, as well as a hand-held cannon. 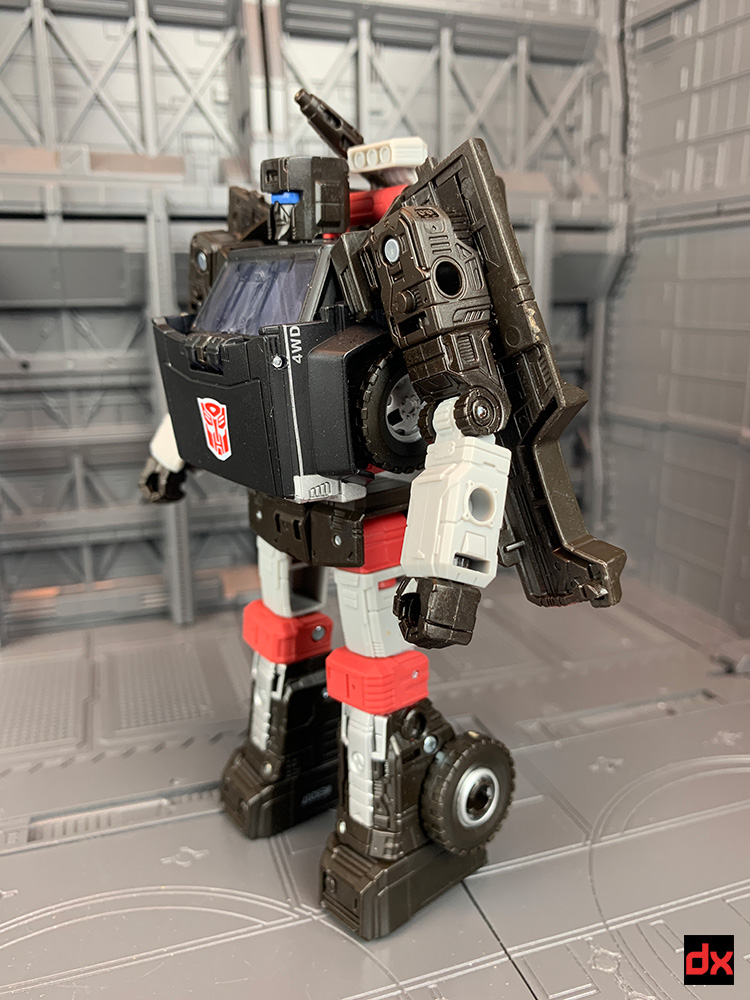 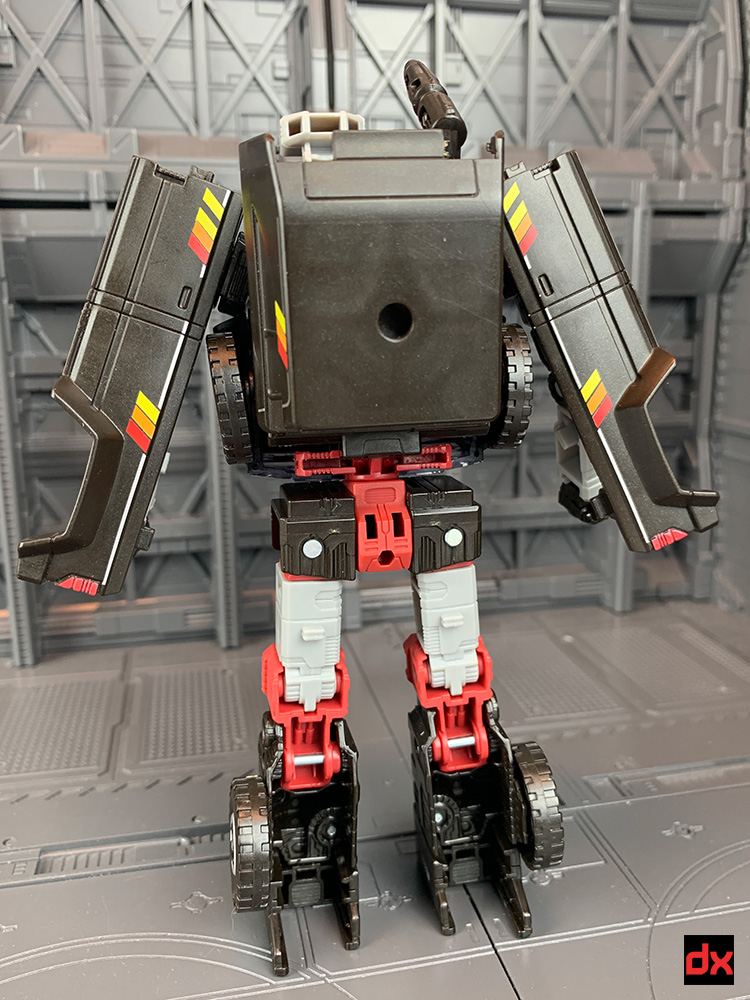 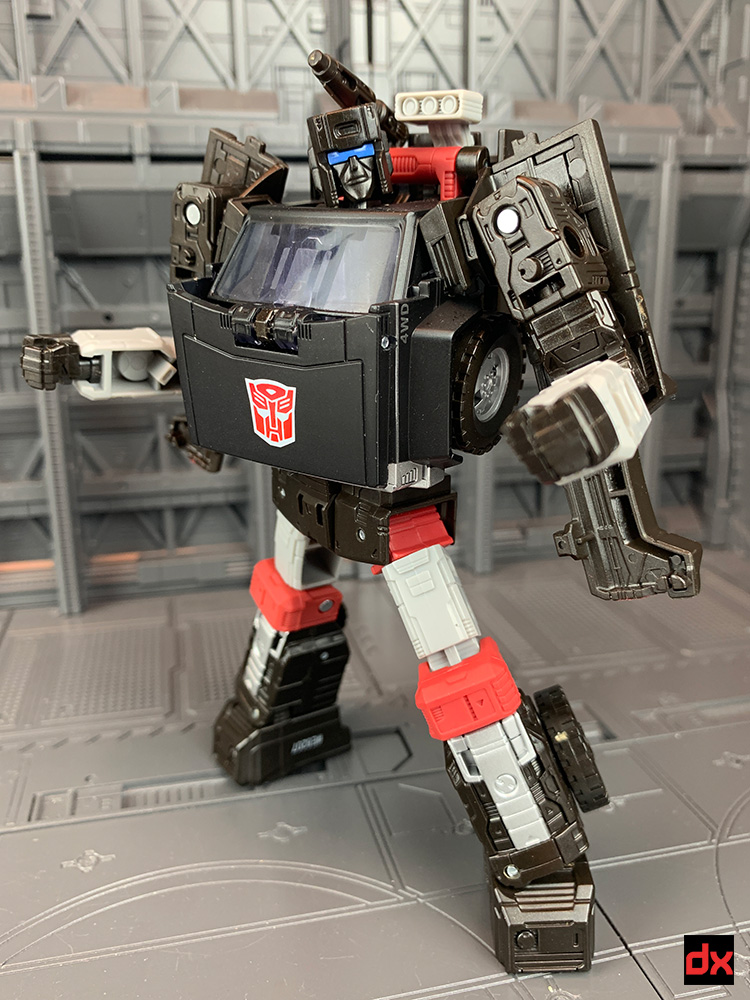 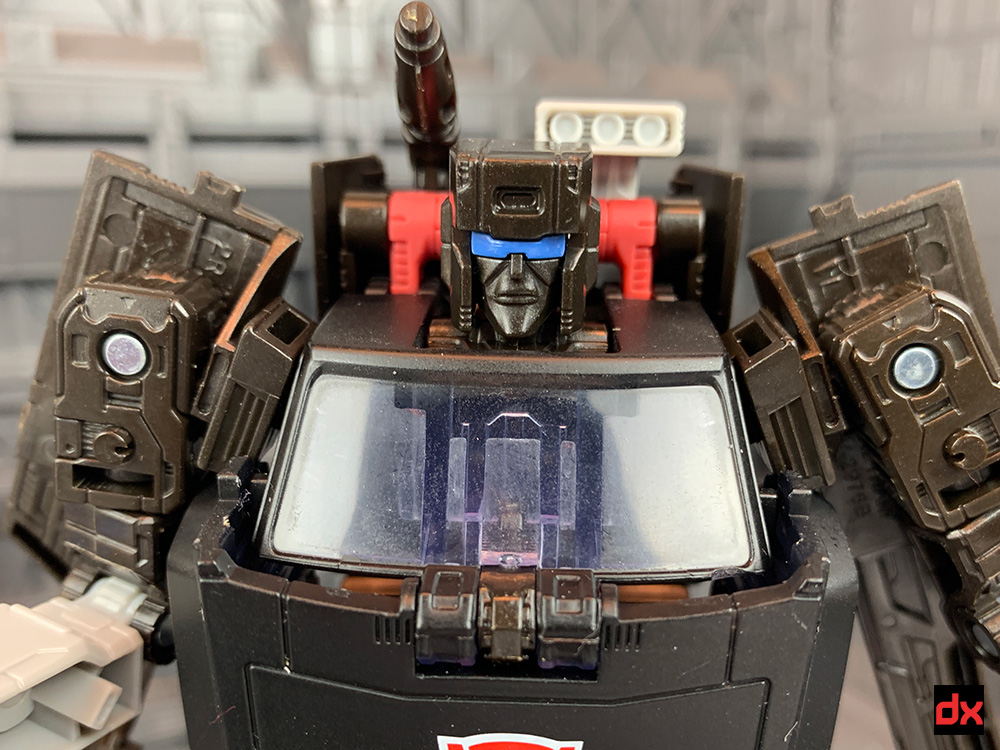 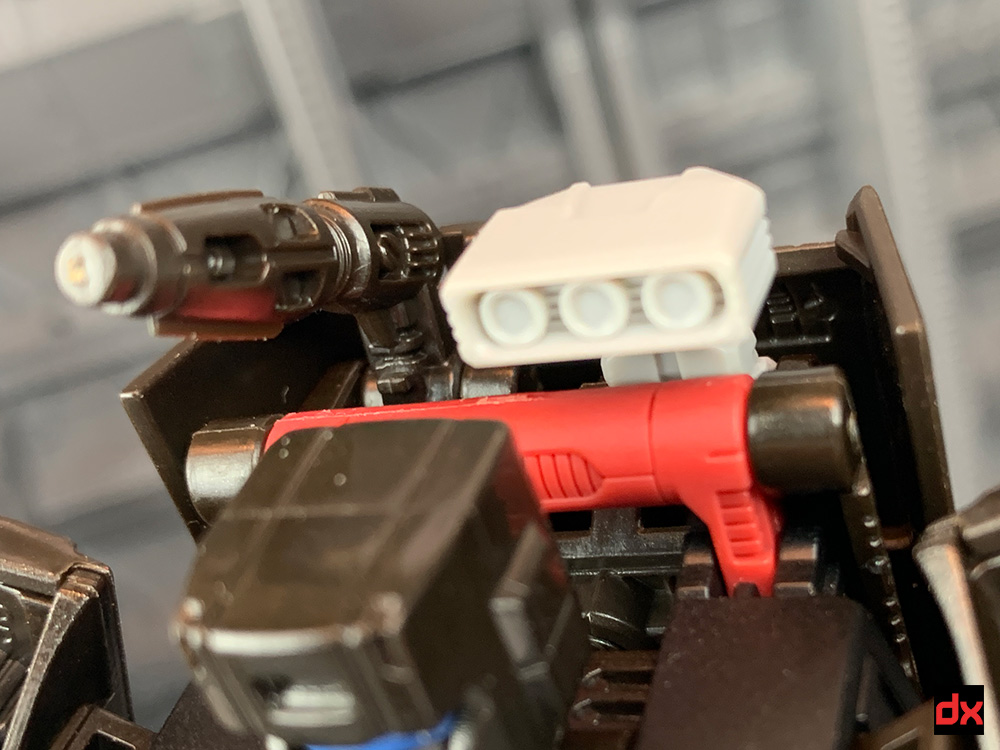 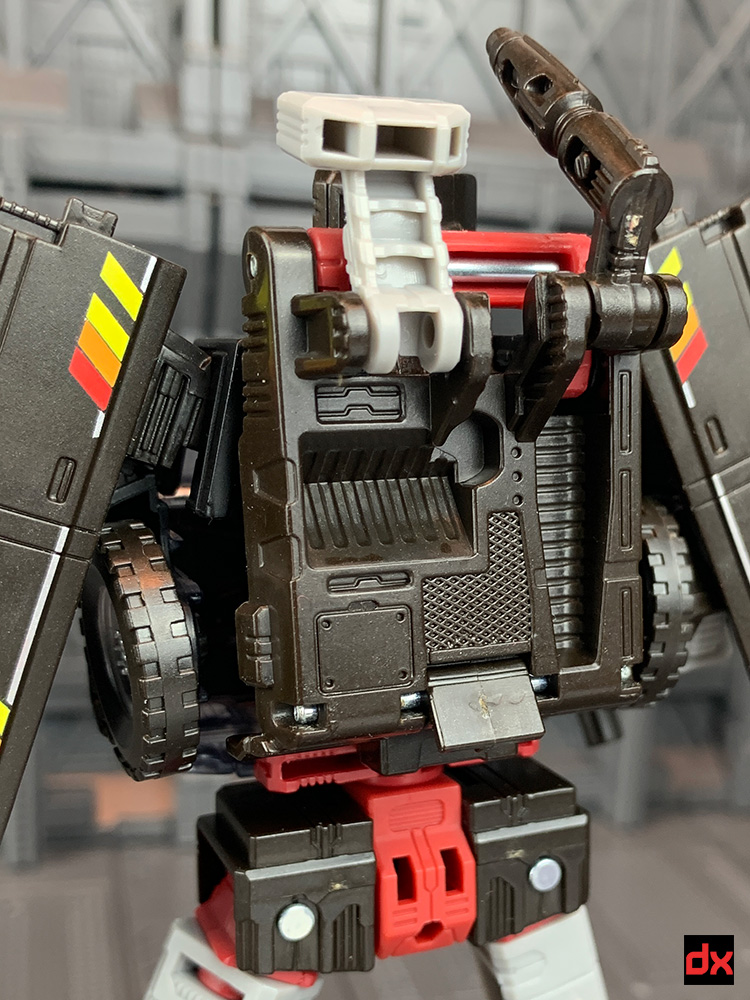 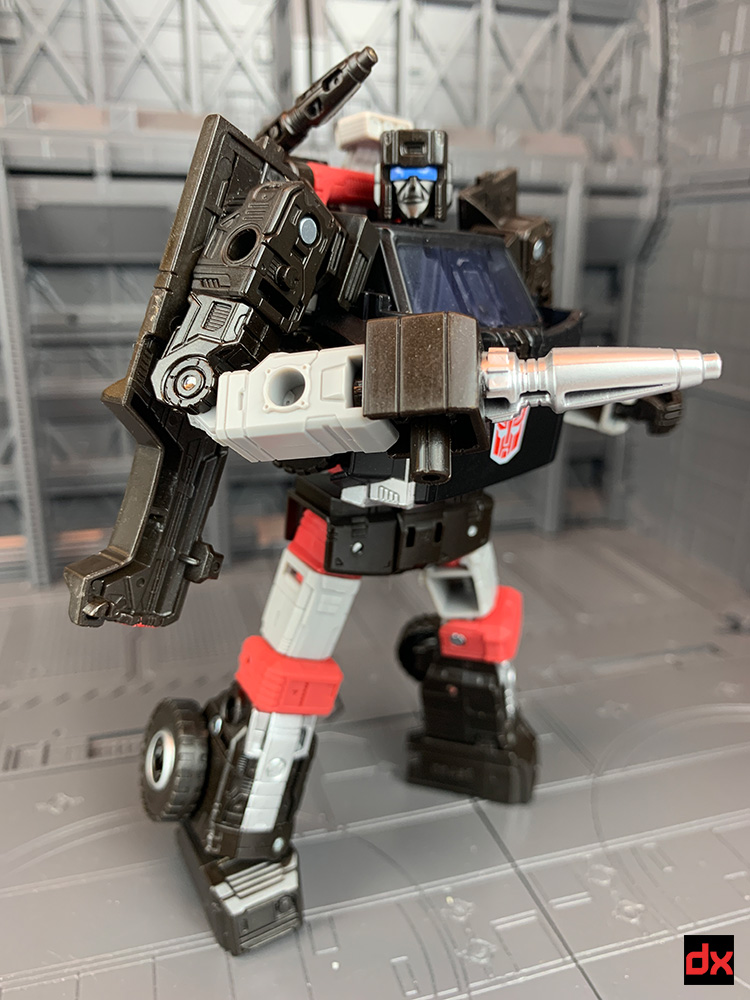 The hand held cannon pushed down over the hand to cover it entirely, giving it the effect that there is only a cannon, much like the G1 toy when you just inserted a missile in the arm. The back cover can double as a shield. 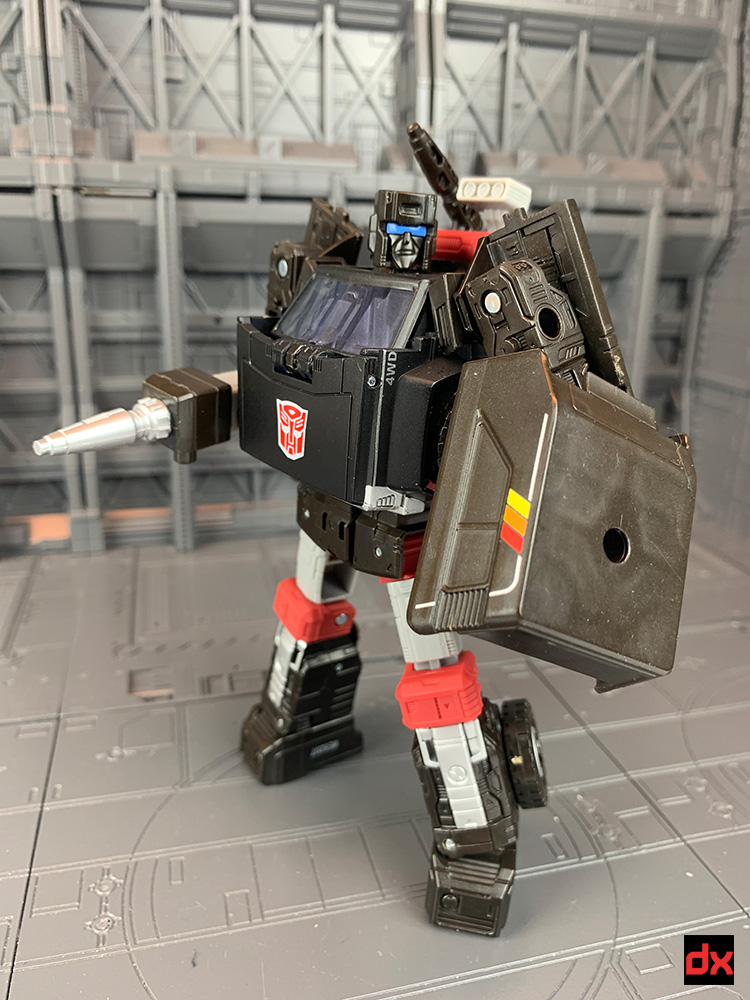 Trailbreaker has a small hole that allows for attachment to a display stand (not included). The stands really bring out their articulation. 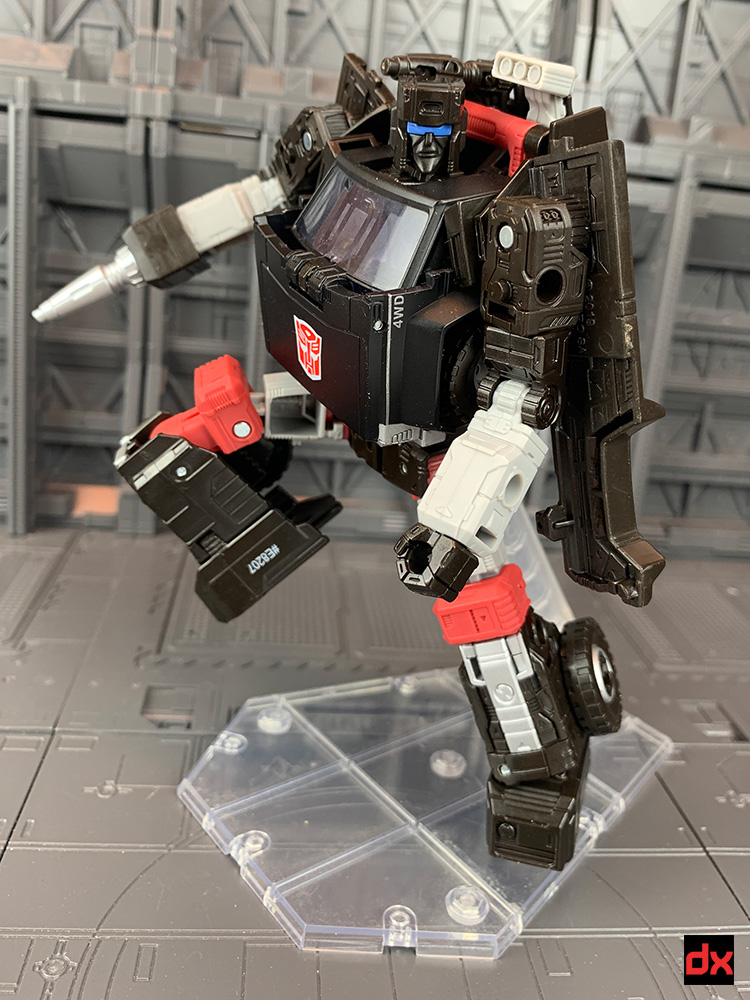 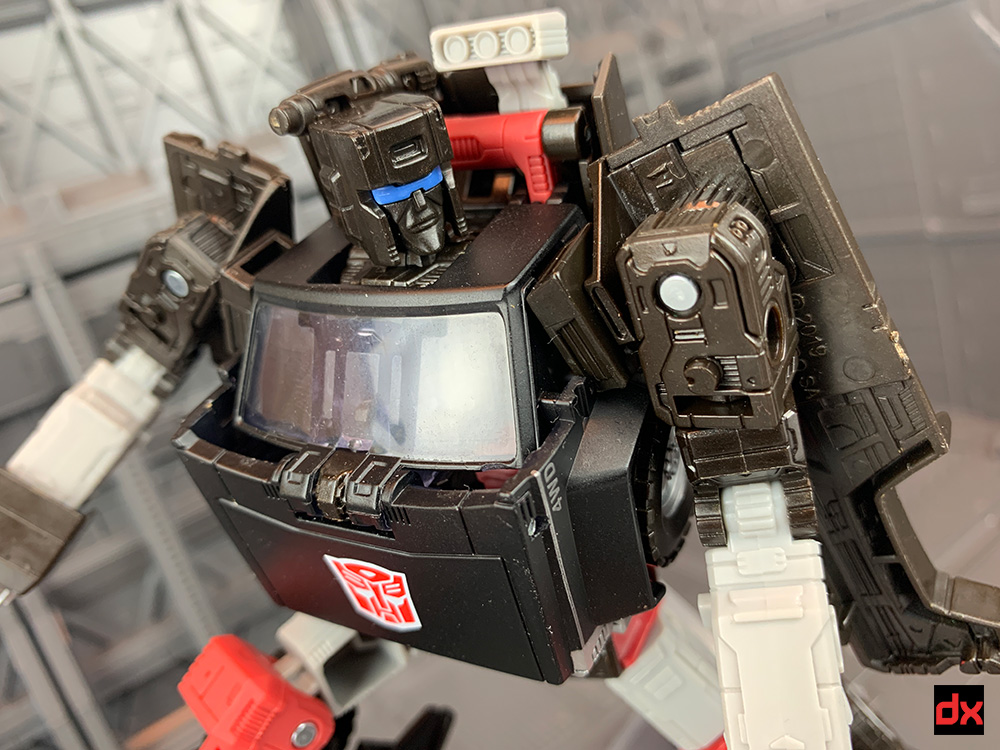 Like in G1, Trailbreaker shares a mold with Hoist, with some color and mold differences. But Hasbro does a lot to make them feel like two distinct characters. 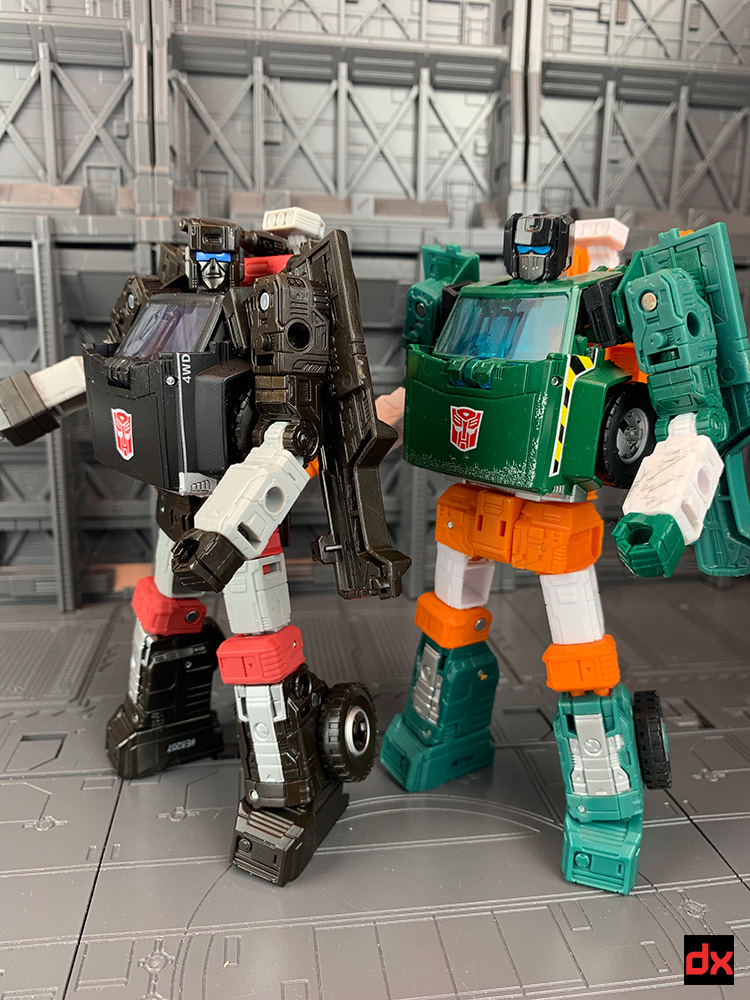 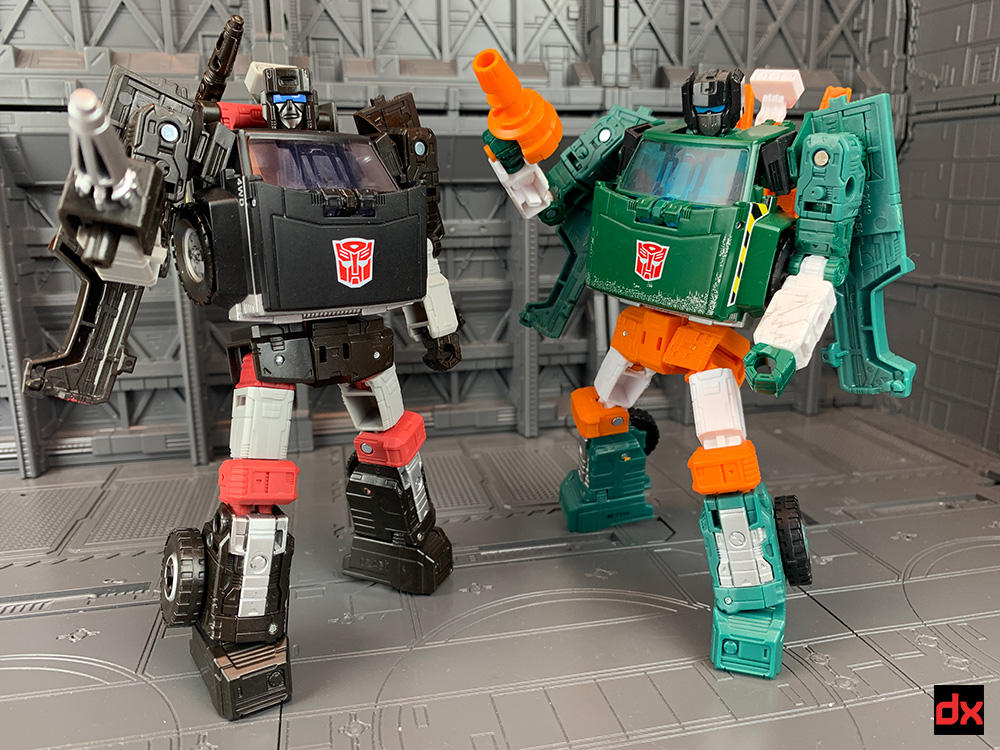 Vehicle mode is.. not great. Transformation involves moving things around each other in a way that does not feel intuitive or on-purpose, and is a big departure from the G1 version. Most egregious is the crazy amount of robot mode seen beneath the vehicle from the side. Unless your transformation is 100% correct, the body will drag on the ground if you try to roll it. 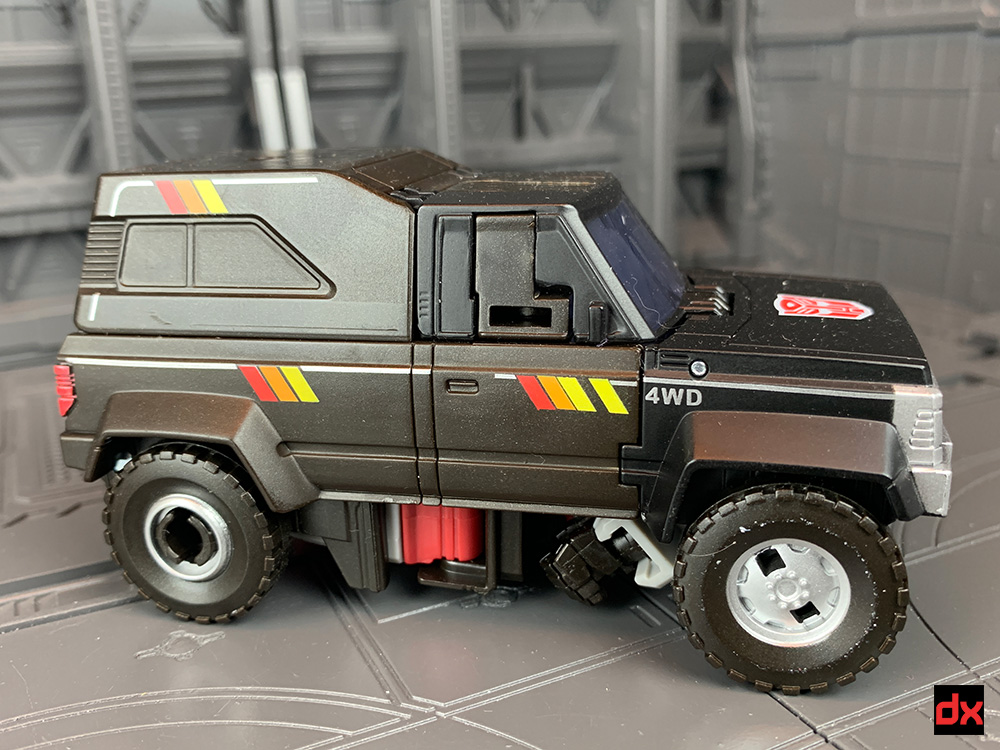 I mean, you can see the fists right behind the front wheel.

The cannon can be inserted on the roof if you like.

Also - for some reason this toy shows fingerprints very easily. 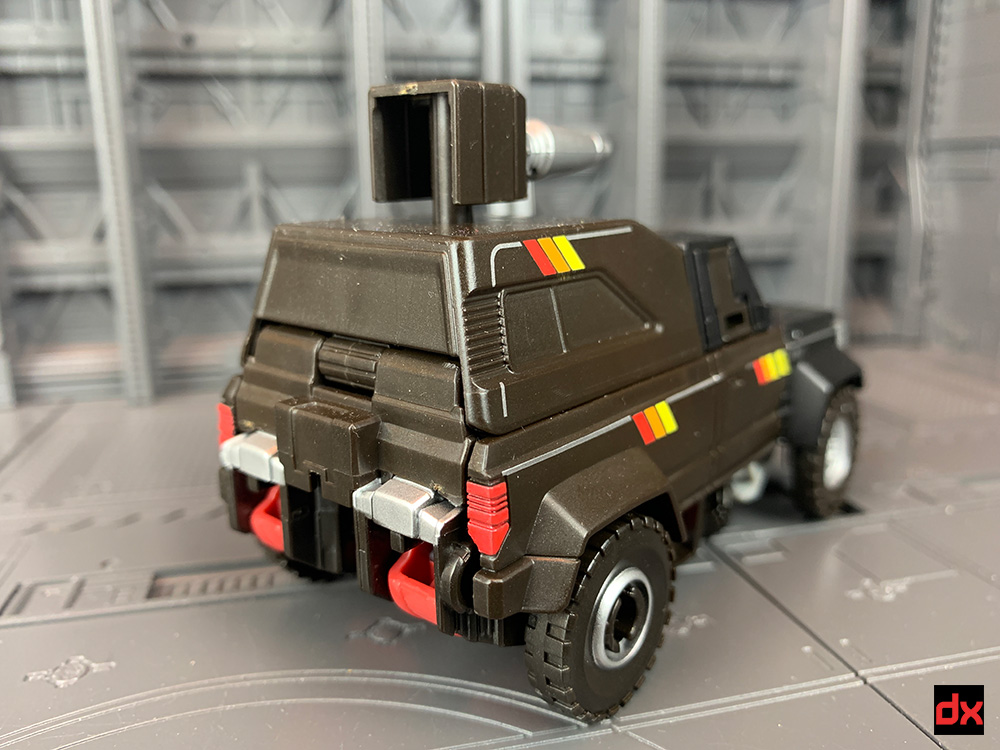 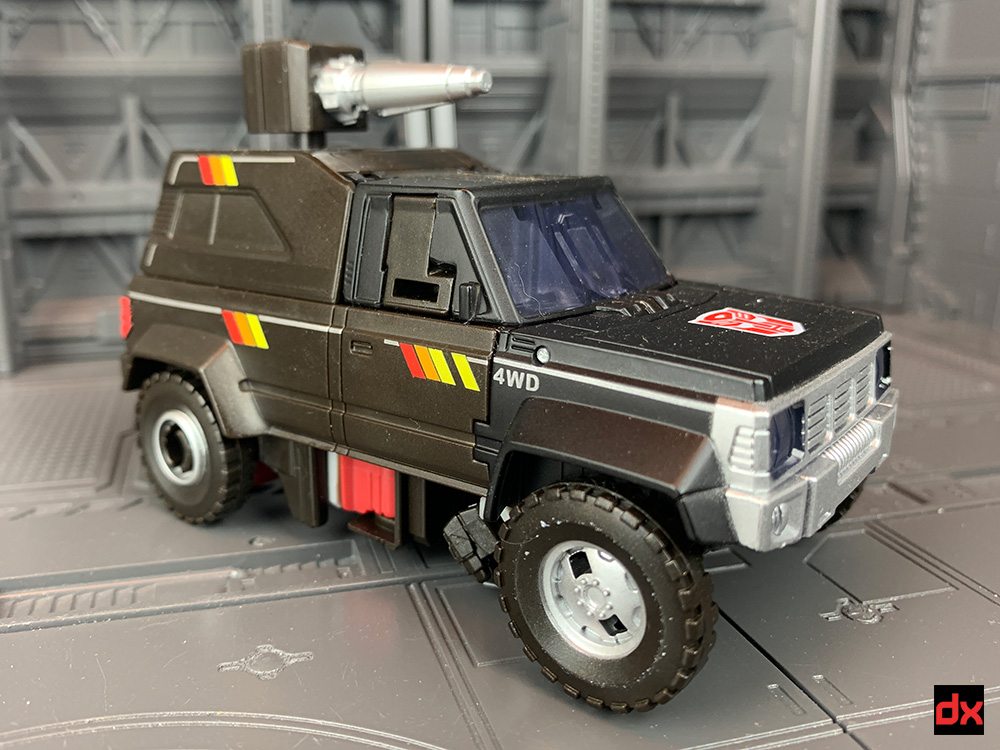 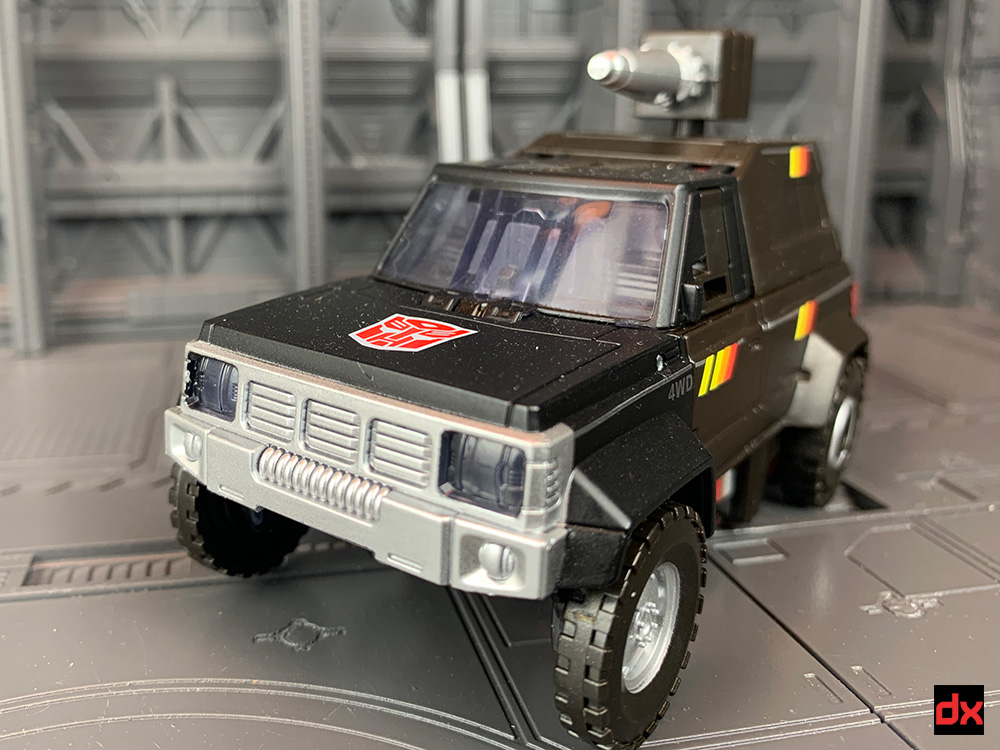 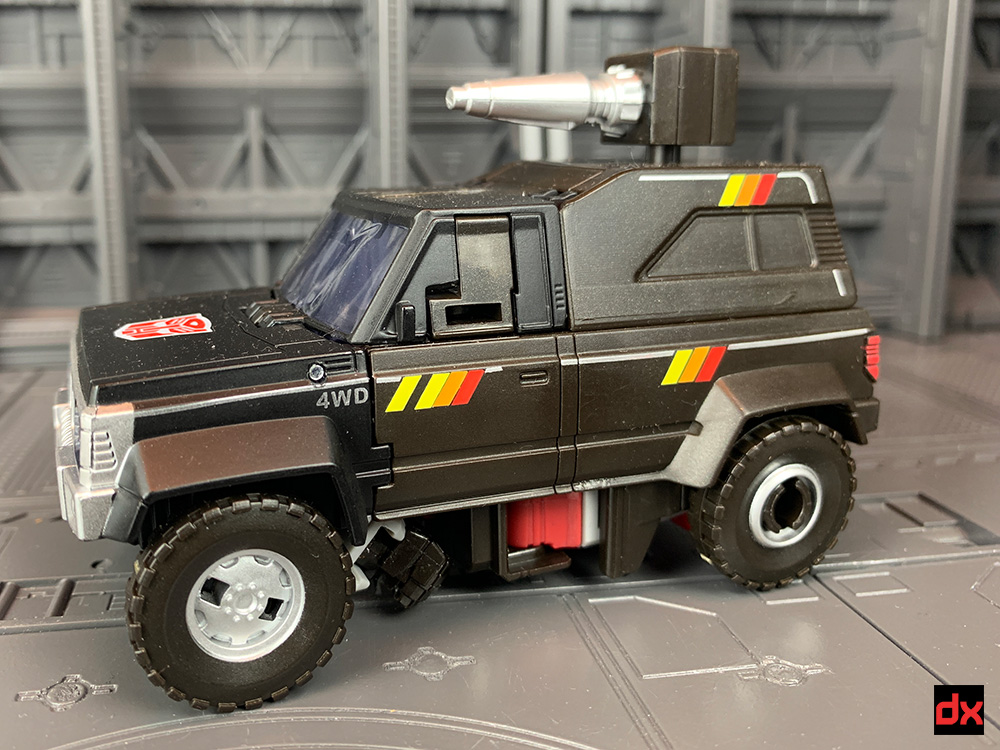 I'm actually like you in this aspect. I prefer the original toy heads over the cartoon heads. Wheeljack, Mirage, Blaster and Perceptor come to mind.