Tanks is one of the new Zoids from Hasbro's imported TakaraTomy "Zoids Wild" line. These toys feature modular construction with some kind of action feature. They are slightly modified from their Japanese releases, but they come in at a lower price point, so it works out.

Tanks is at the "Mega Battlers" price point - $19.99, about $10 less than Japanese retail. I got mine on Amazon.com He consists of 55 pieces and requires 1 AAA battery (not included). All parts come in labeled bags, with no sprues. Parts snap together easily but you will need a small phillips screwdriver to remove the battery cover.

In the Zoids Wild line, he is known as Gannontoise (ガノンタス). At first he looks the same as the US release, but he's been slightly retooled and a few parts have been removed.

- no inner cage on lid

- no extending side panels

I've marked some images up from HobbySearch to show you some changes: 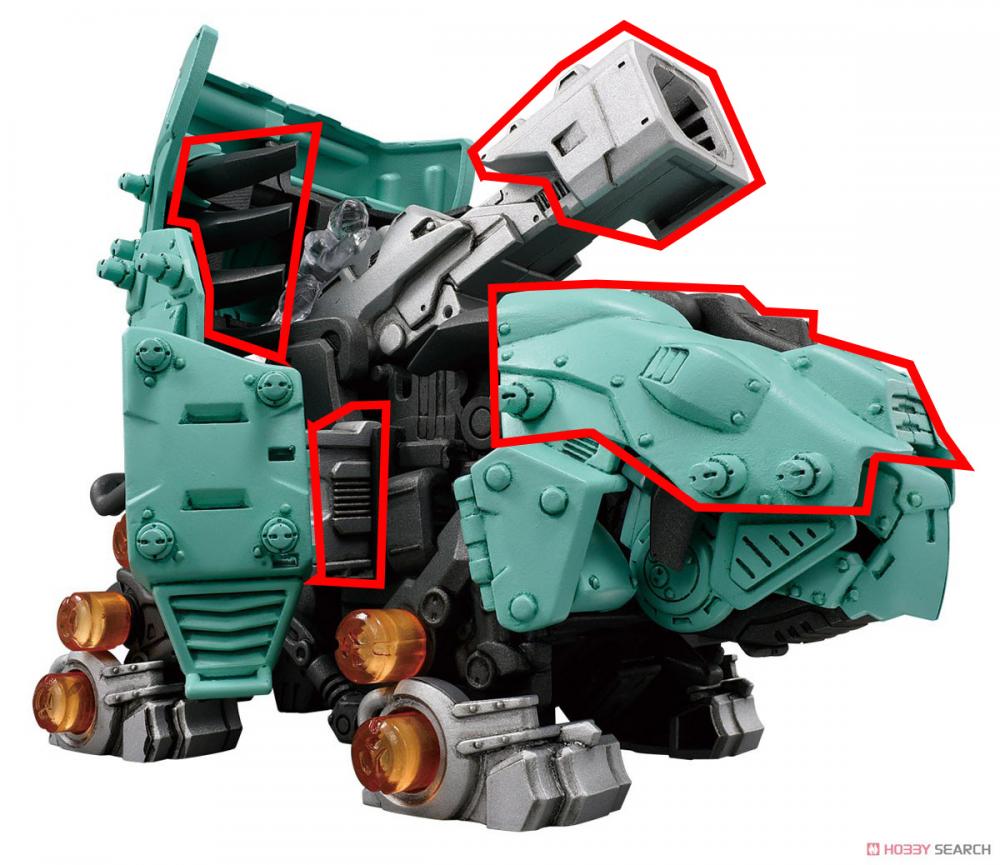 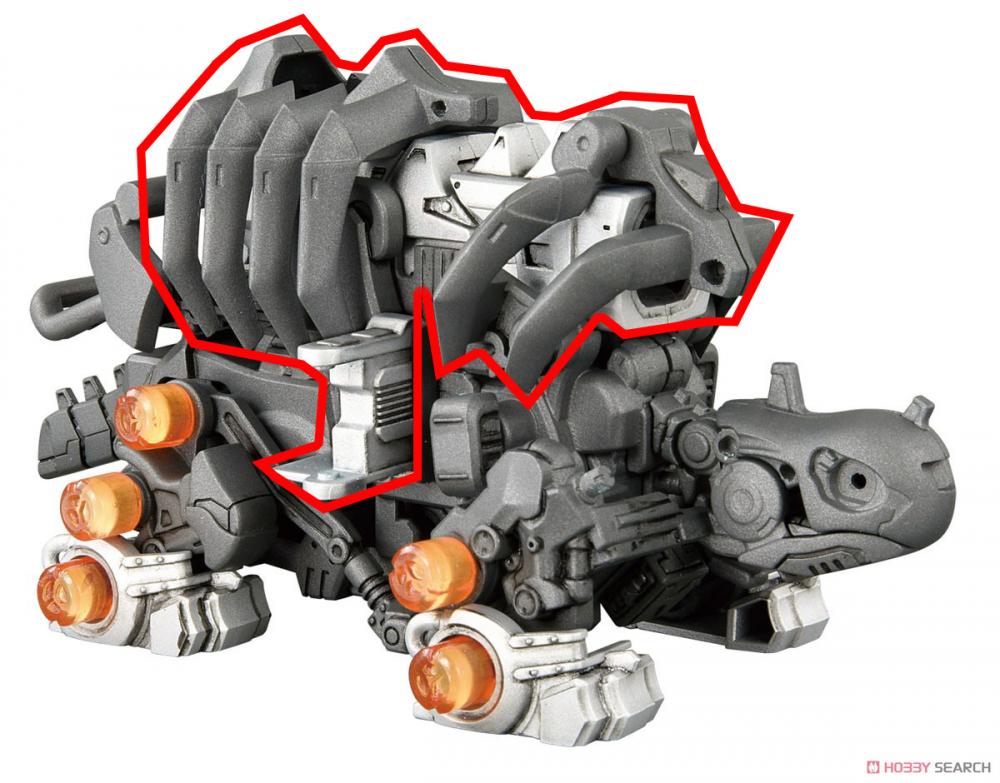 All of these changes were made either to cut costs for the US market, or to meet US safety standards. The good news is that it's still an awesome toy!

I love the packaging of this line. The art is amazing, the design is great, and I love the little window to see the parts. The packaging is a different format, being thinner and taller than what you would usually see from a model kit. 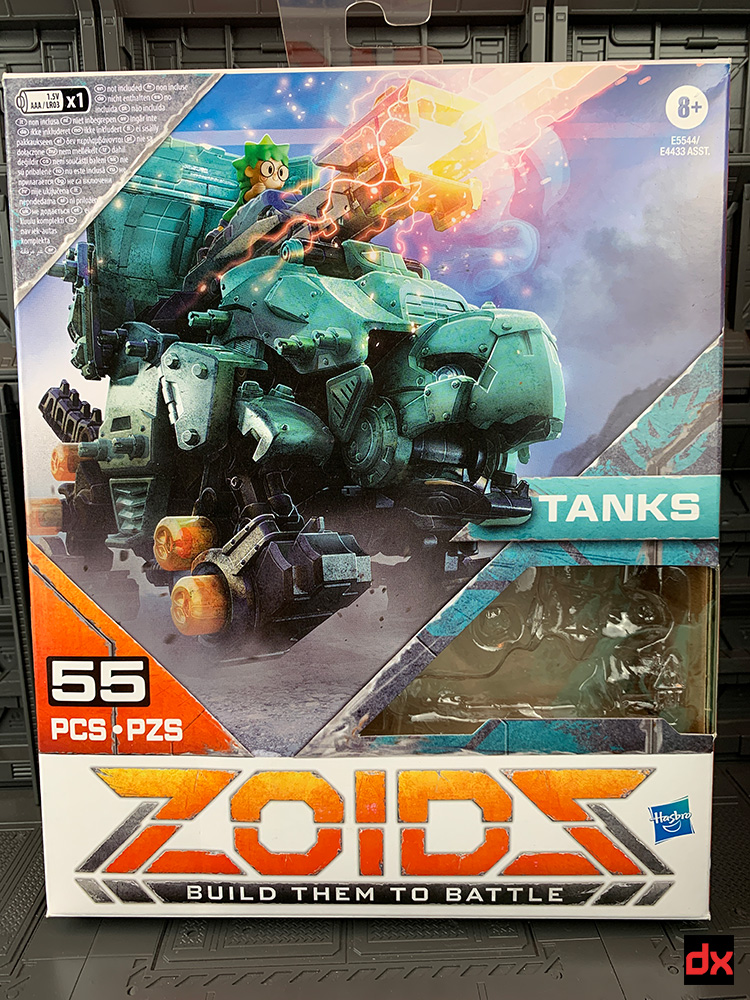 Assembled, Tanks is a meaty armored creature that looks like a prehistoric turtle. He's got a good heft due to the motorized mechanism. Note that the outer shell is covered with little connection pegs. In Zoids Wild, these are used to add on extra armor and weapons that are sold separately. Its unknown if these extra parts will be sold in the US, but you can mix and match with other sets. 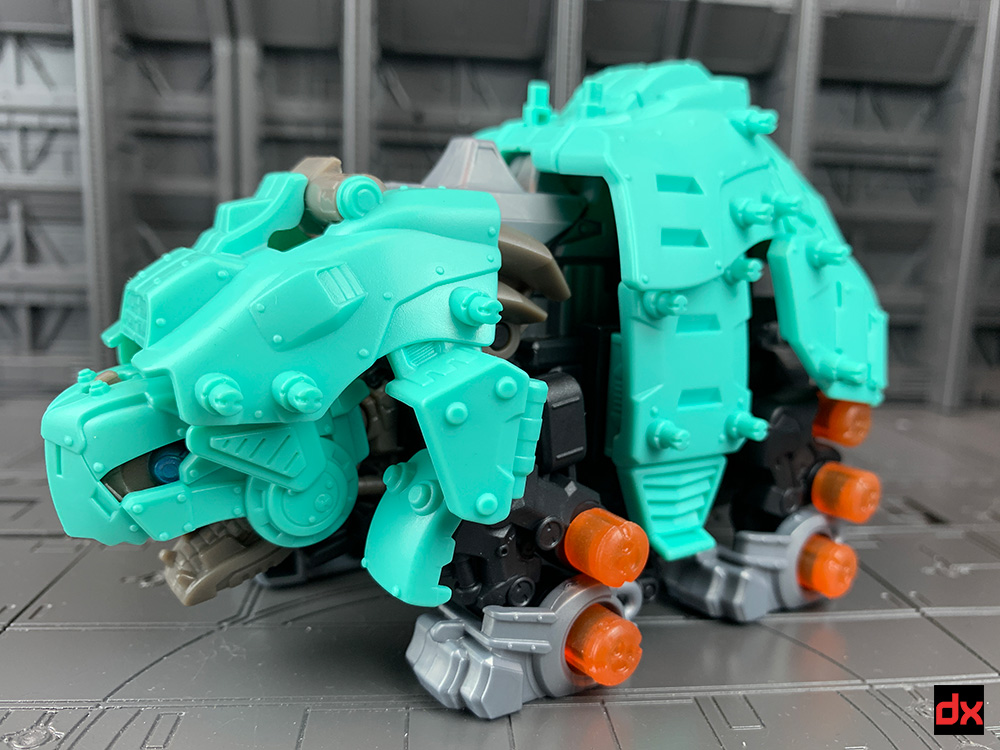 The same rubber-cap construction is used here as the vintage zoids do, but these are a bit larger. 90% of the assembly is snap-fit, with the caps only being used on the legs. 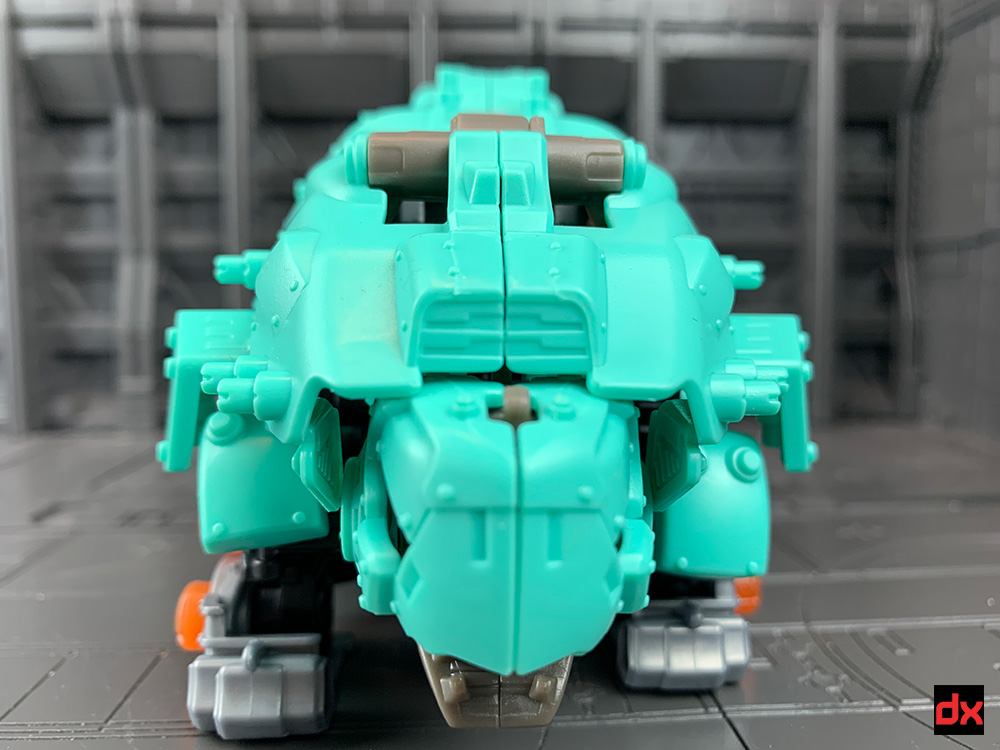 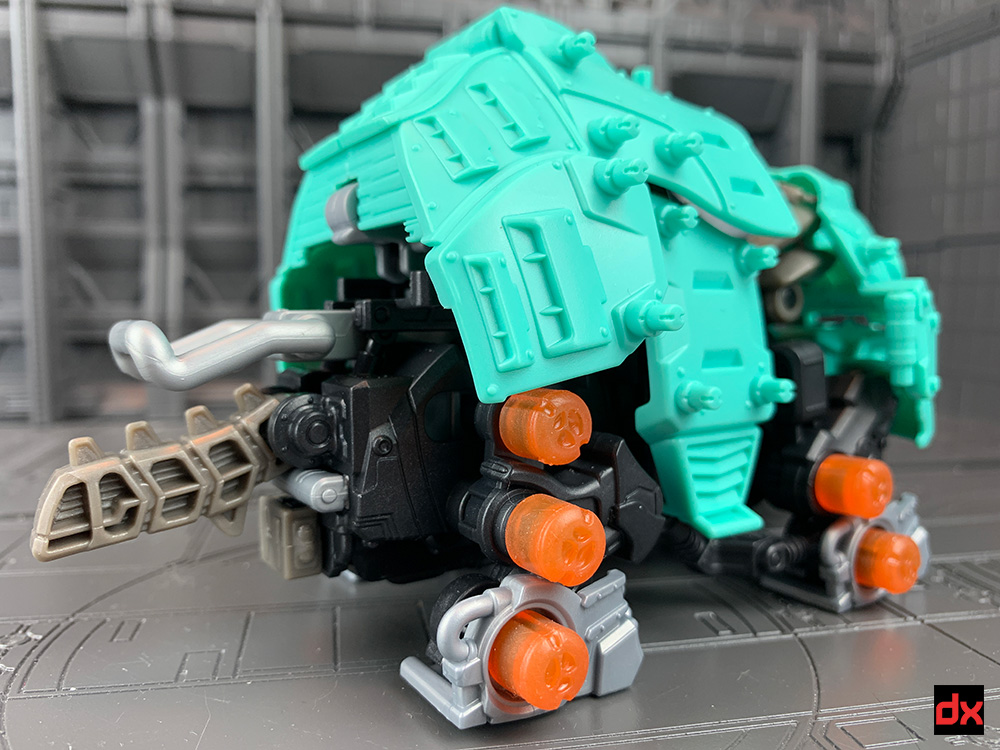 The grey lever in back is what activates the walking action. Pull it back and Tanks starts to walk while bobbing his head and tail. The engineering to make all the parts move is fantastic, and discovering how they do it is a fun part of the build. 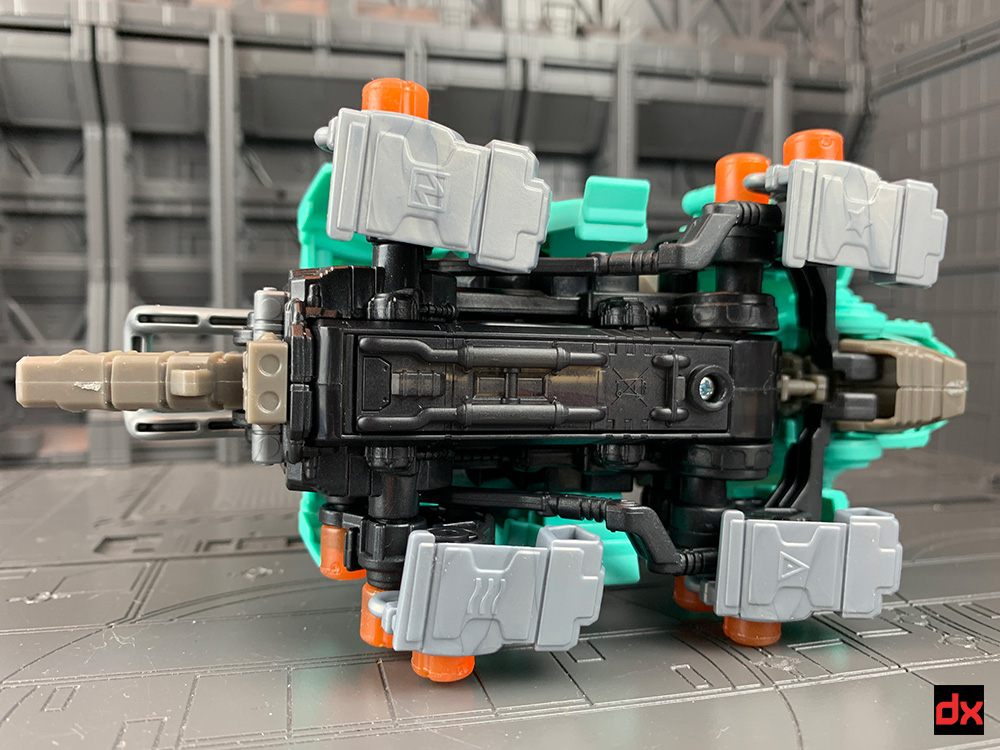 If you lift the lid up you can see the little pilot that rests on the cannon. The cannon needs to be manually lifted up and lined up with a part below it to activate the cannon action. Once set, Tanks can ride forward with the gun moving back and forth. 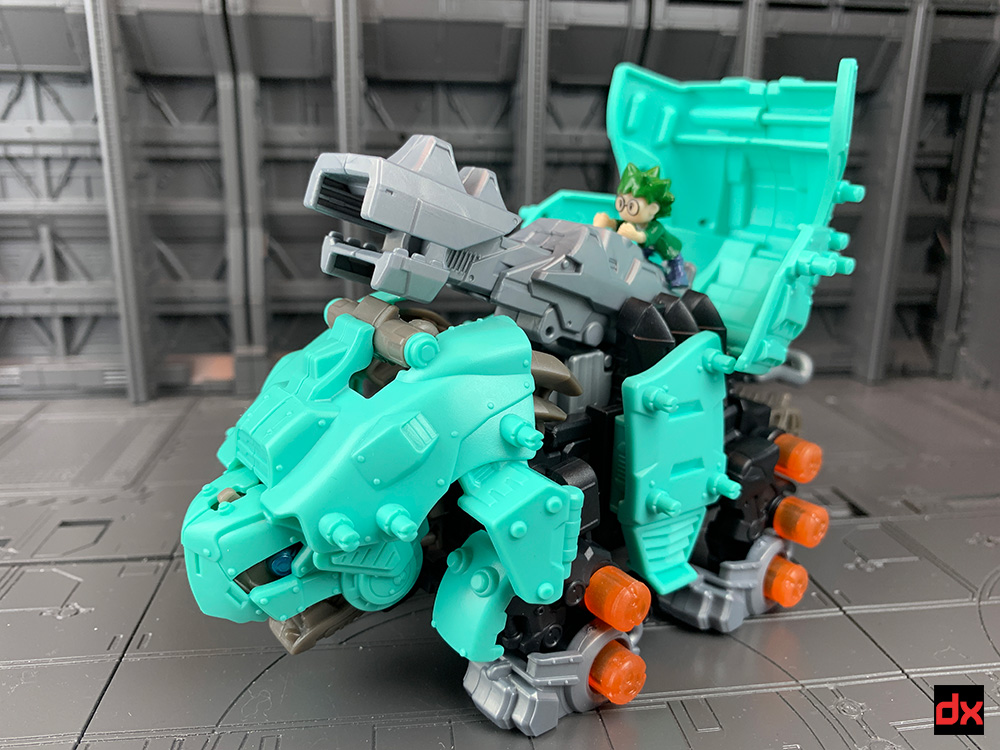 The figures included with Hasbro's Zoids are unique to the US version. In Japan, they just have non-descript clear pilot figures. 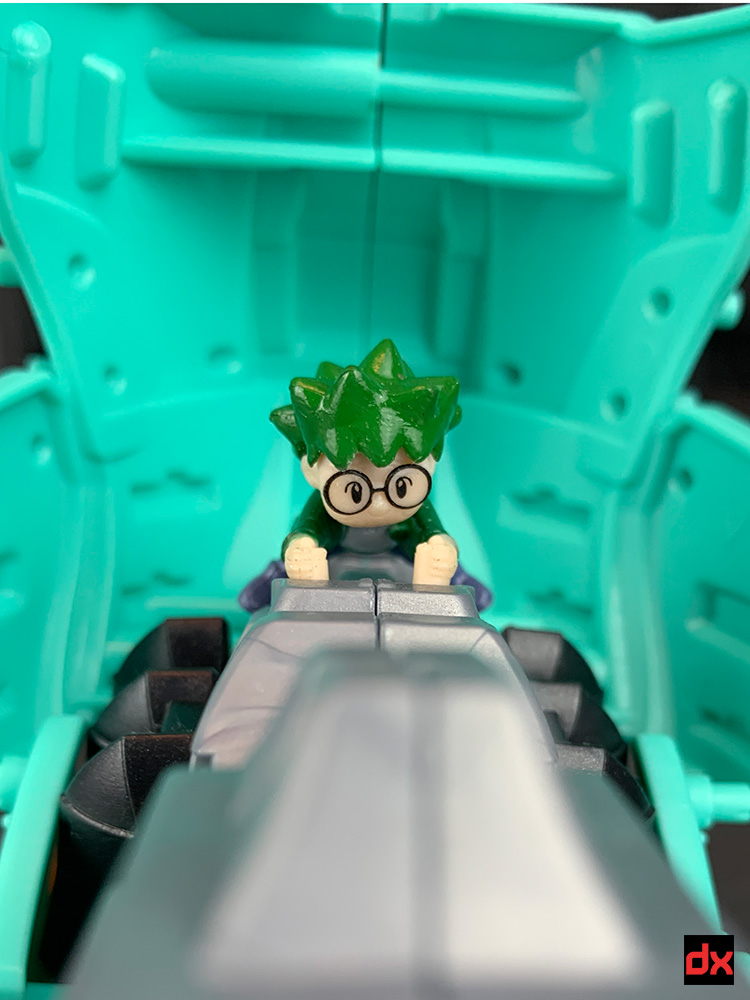 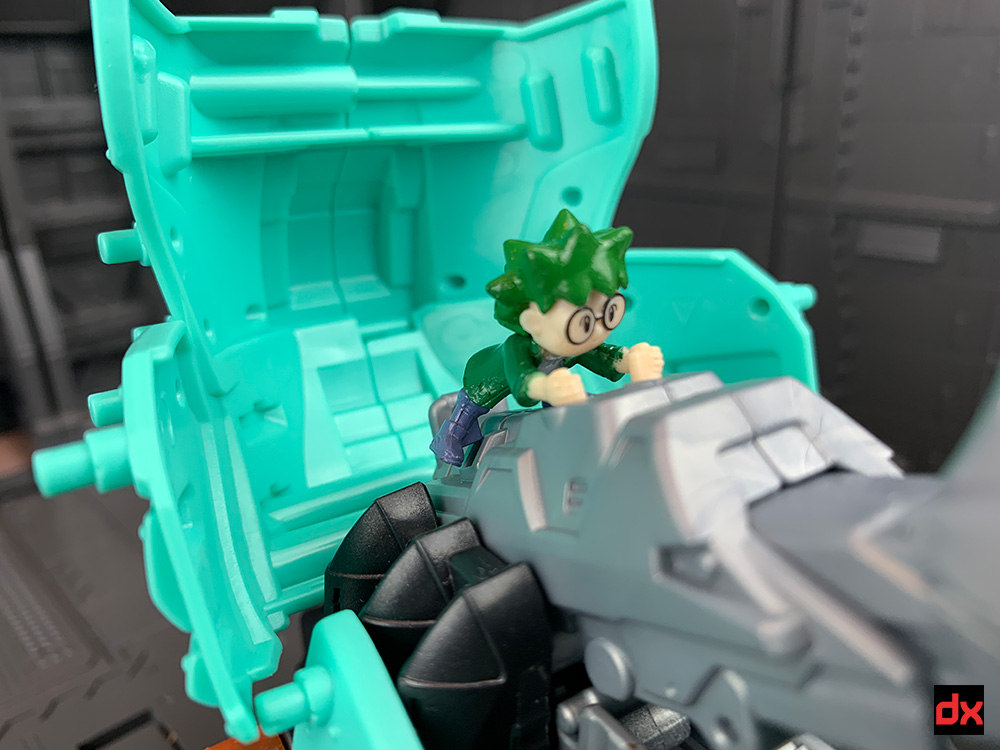 Included with the toy is a battle mat that you can use to make your Zoids "fight" each other. Basically just put a zoid on either end and turn them on, and whomever stays on the mat wins. 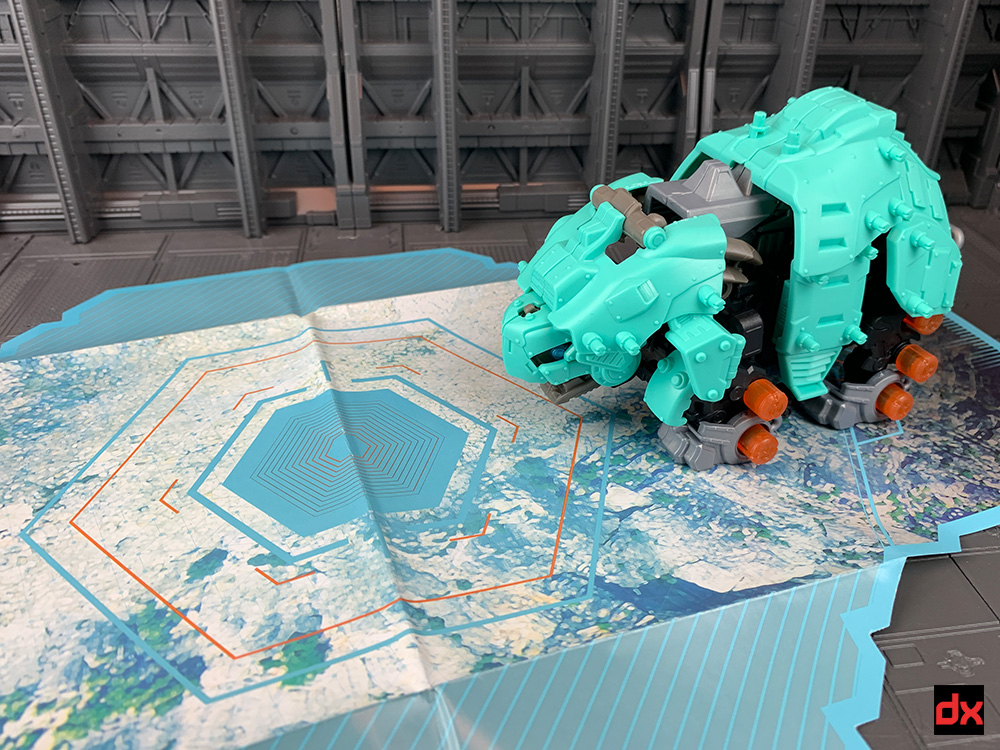 Get your Zoids Tanks on Amazon.com