Sunstreaker is disappointing. I really was looking forwar to this one because I always thought he was one of the more striking Transformers designs, and I never had the original as a kid. I never actually saw this one in stores - I had to order him from Hasbro Pulse.

In robot mode he's pretty cool looking for sure, but right away there's a problem with the color. The painted yellow doesn't match the molded yellow. 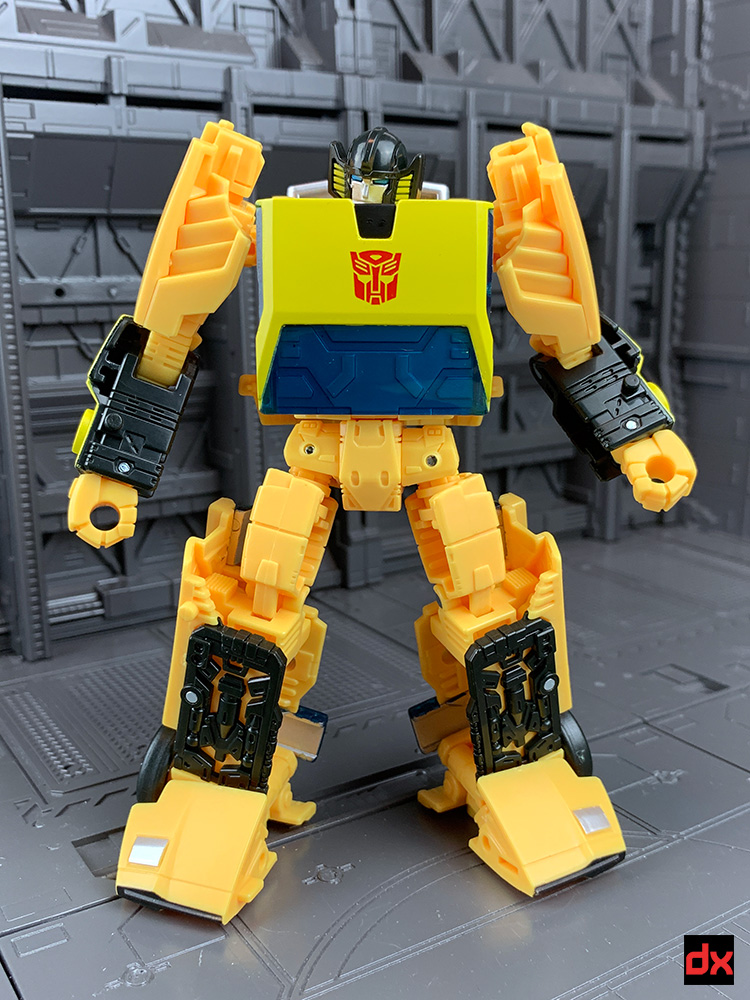 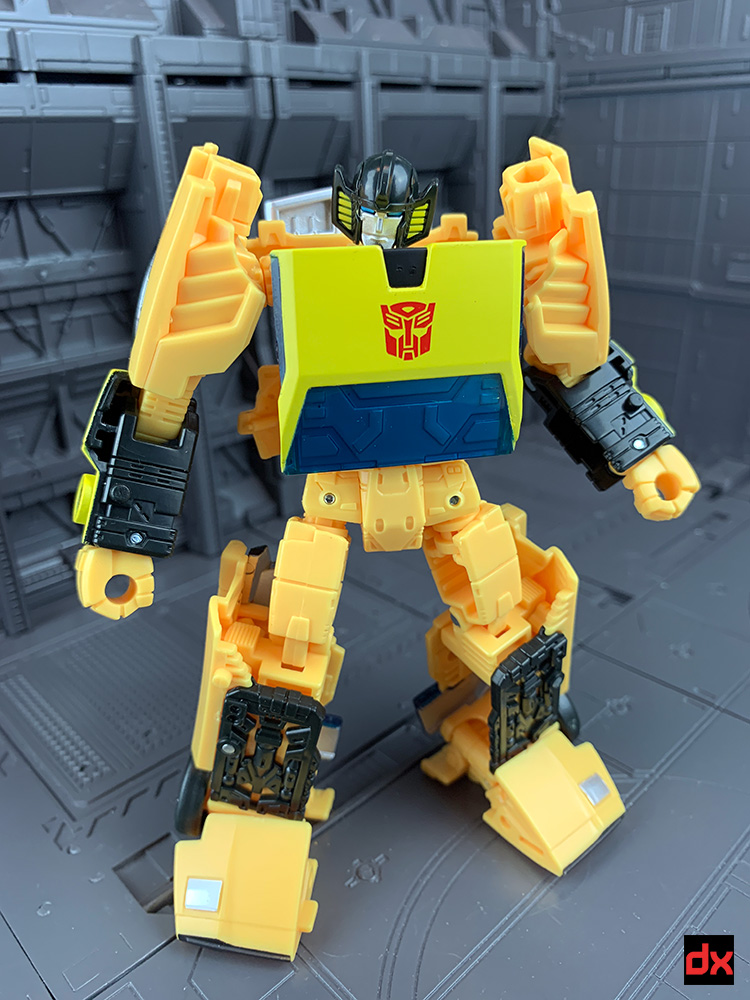 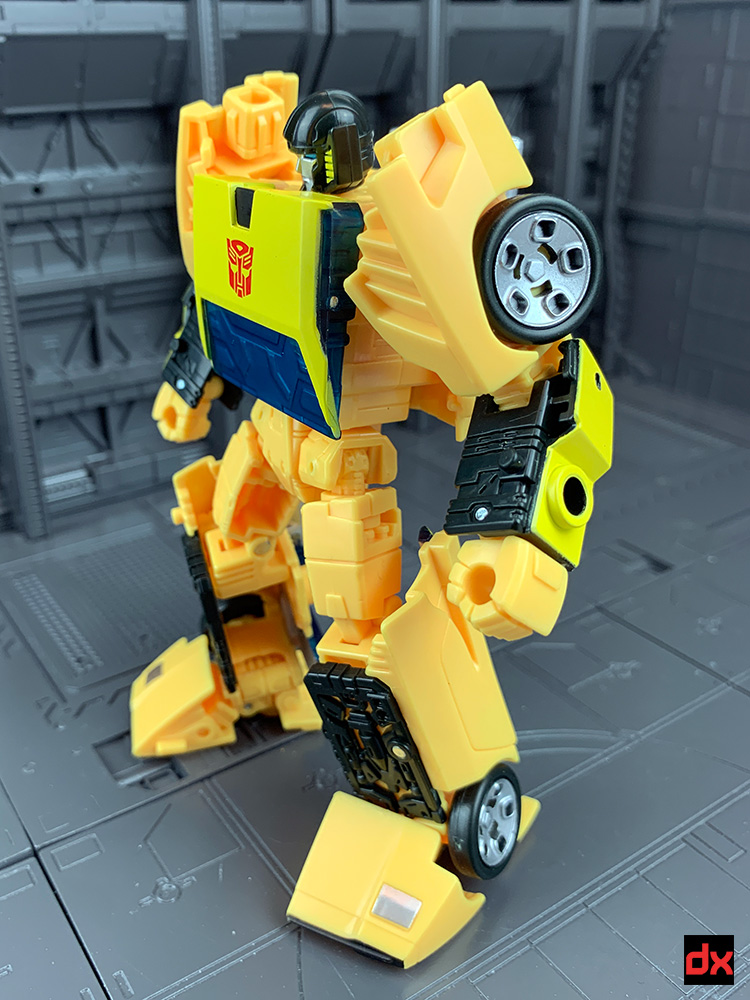 There are 9 plug holes around the figure for attachment of various accessories, not including the hands. (2 on the top of the shoulders, 2 on the forearms, 2 on the back of the legs, 2 underneath the feet, and one on the back.) 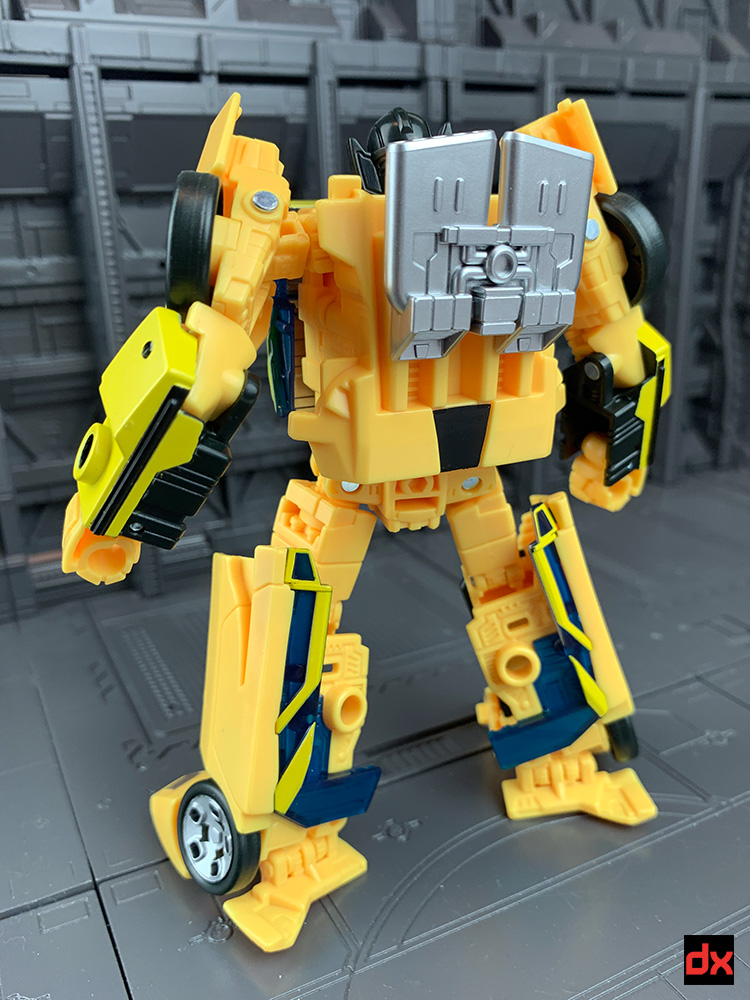 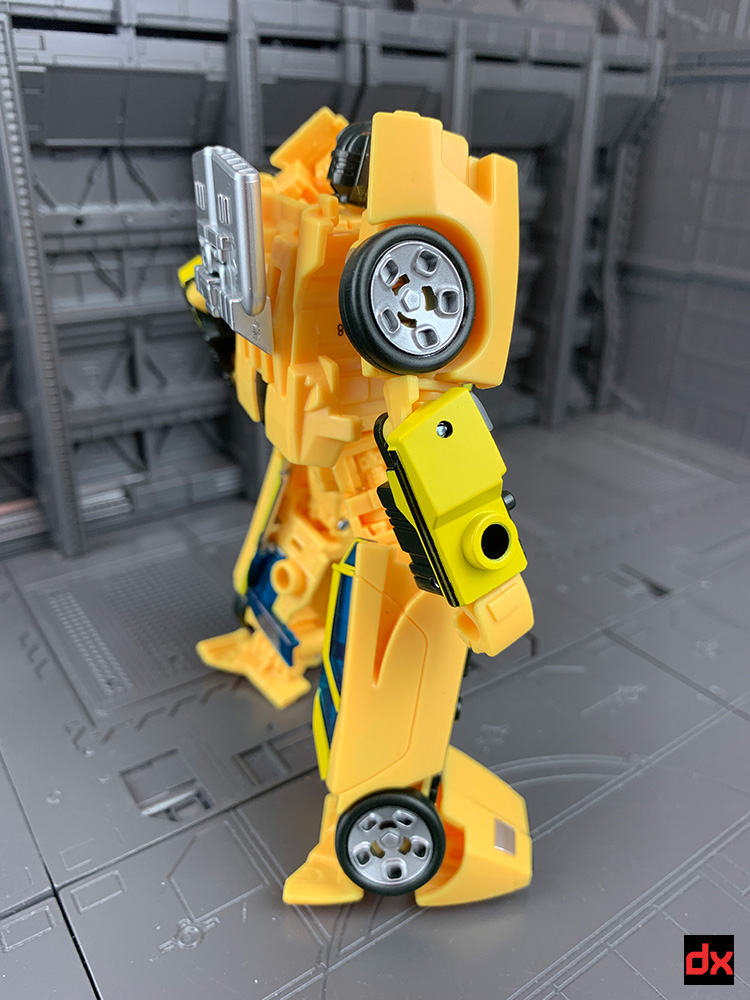 The back engine intake is removable and becomes the weapon for Sunstreaker. It stinks. It barely stays in the hand, and it feels like a cop out. He couldn't get a gun? 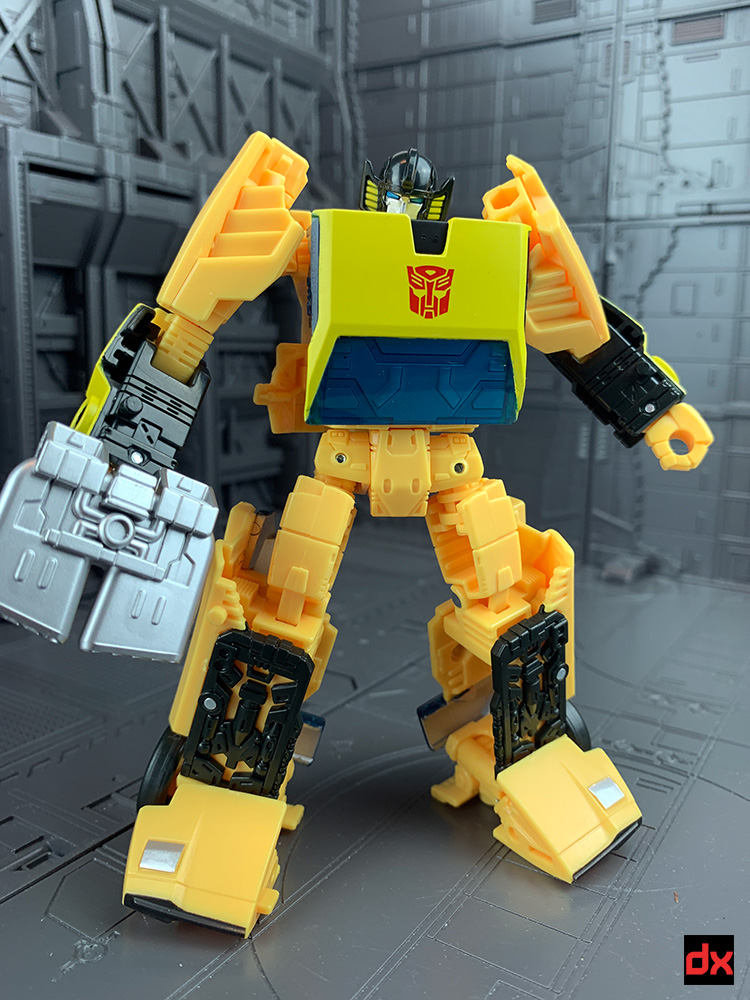 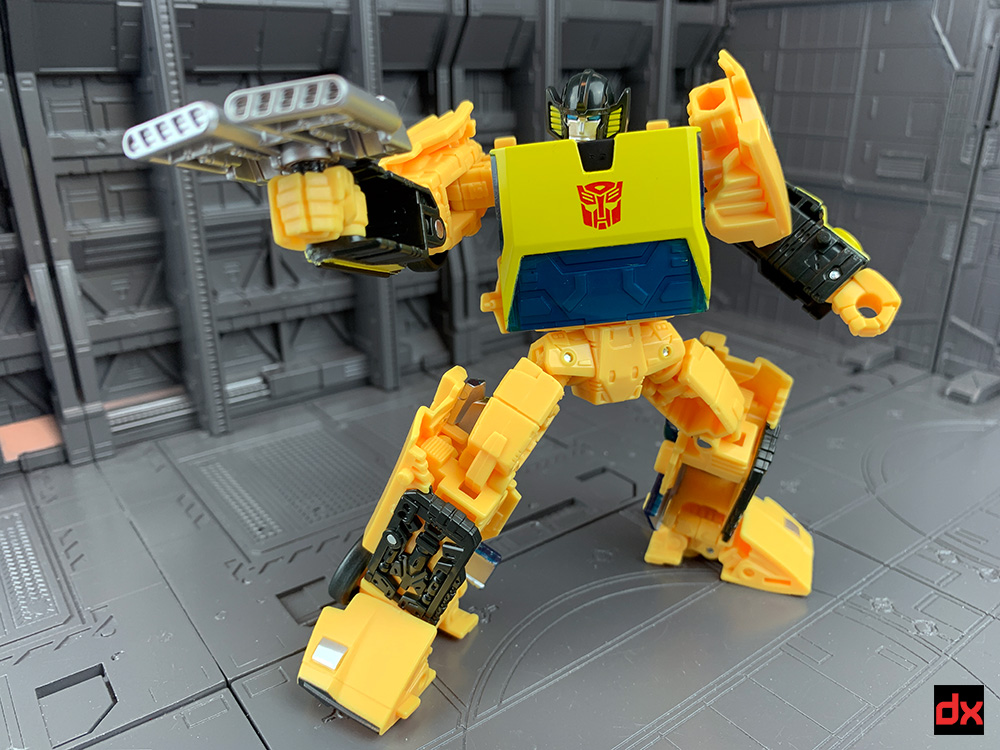 Articulation is really good, but that's standard with these War for Cybertron figures. One of my legs is kind of loose though. Not a big deal, but it's loose compared to other Transformers I've bought recently. 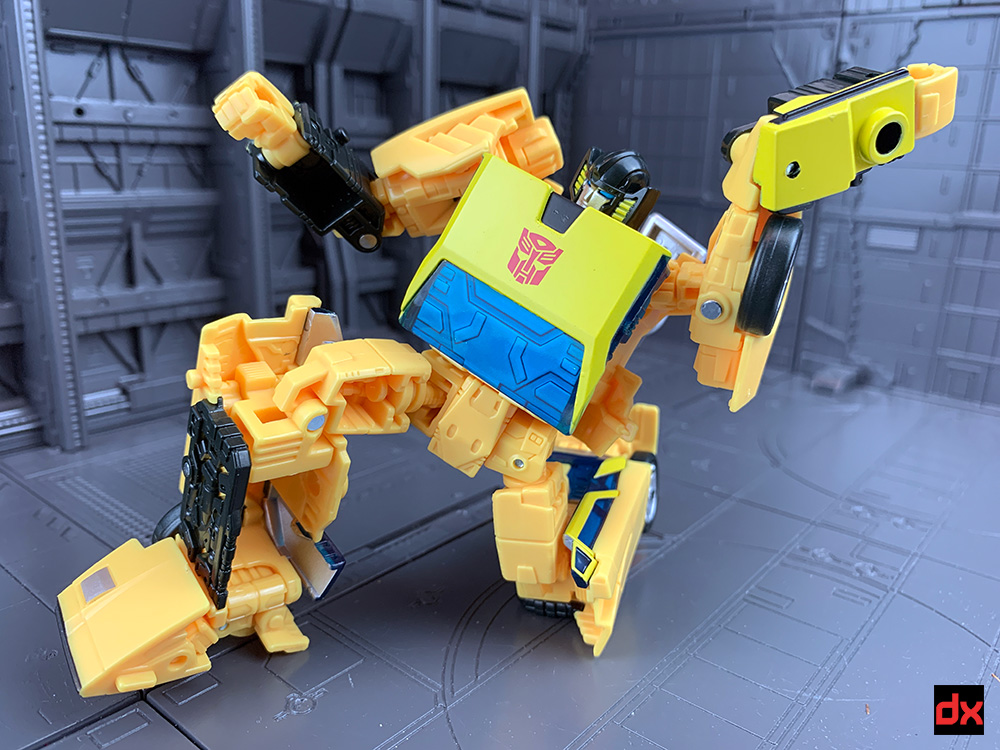 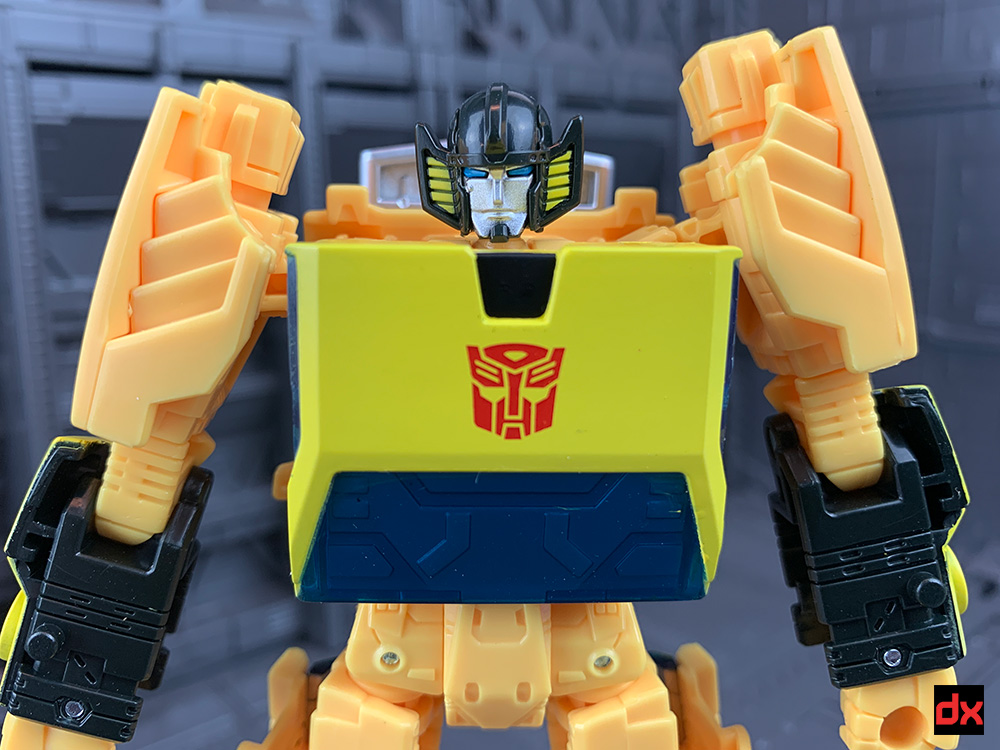 Transformation to car mode is easy and intuitive, but the major design flaws become apparent here. First, one of the wheels just pops off all the time. I'm not sure if this is all of them or I got a dud one. 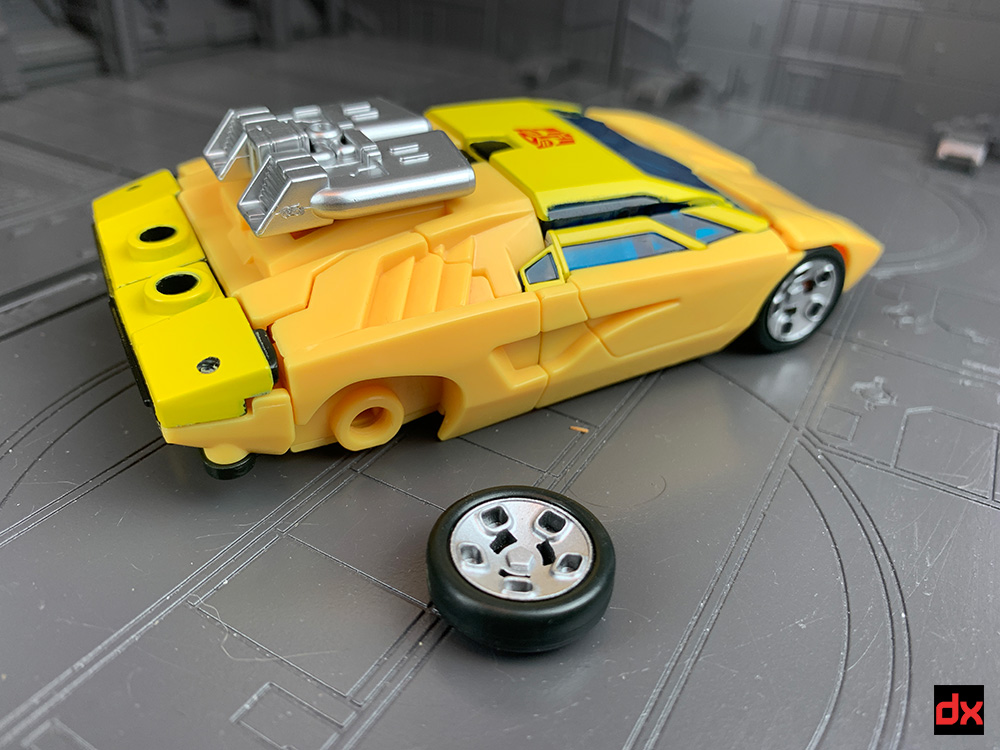 Secondly, the windshield assembly never really seems to click in all the way. And again check out the colors, and how they don't match at all. 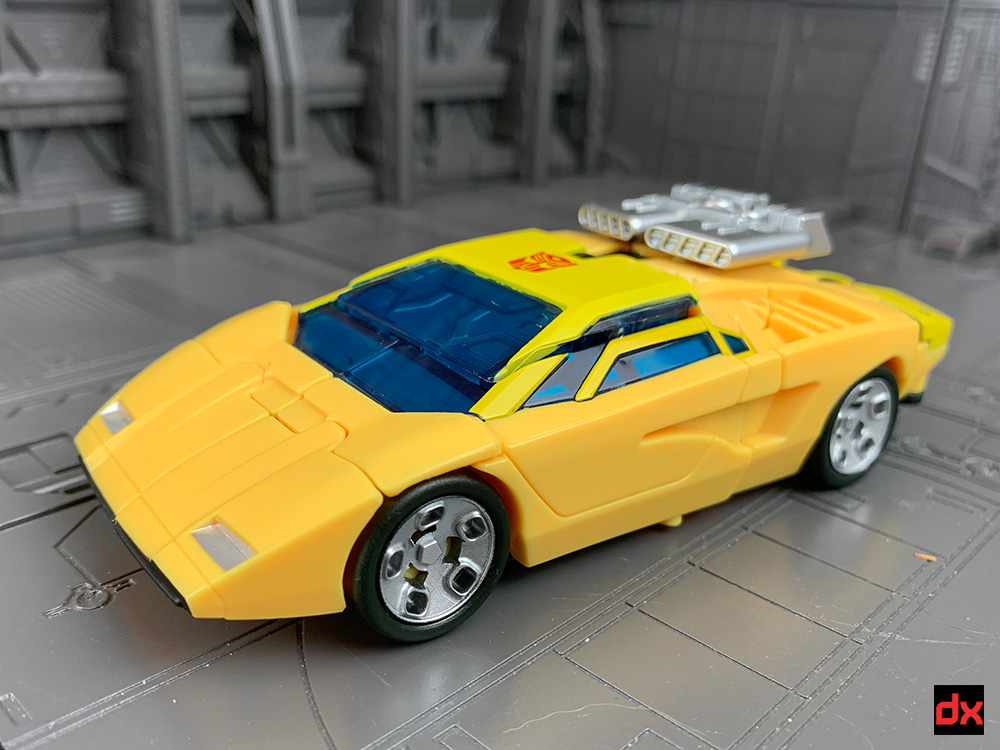 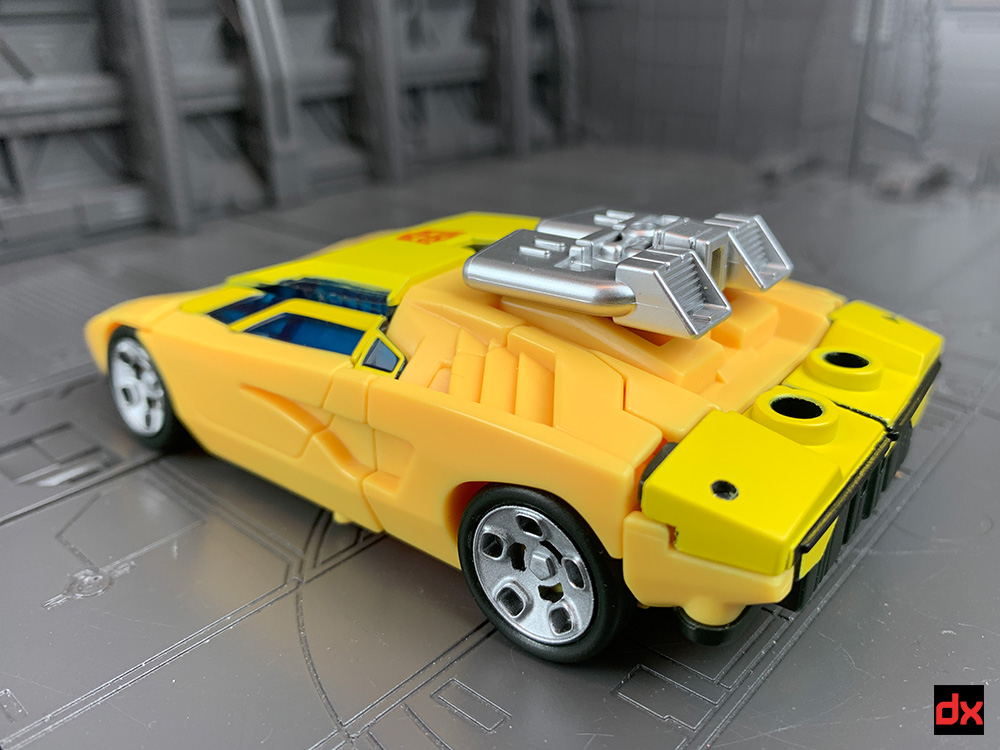 The original sunstreaker had a big chrome spoiler on the back. This one has holes that COULD HAVE been used for a spoiler, but they are just... there. Maybe a 3rd party will come to the rescue. 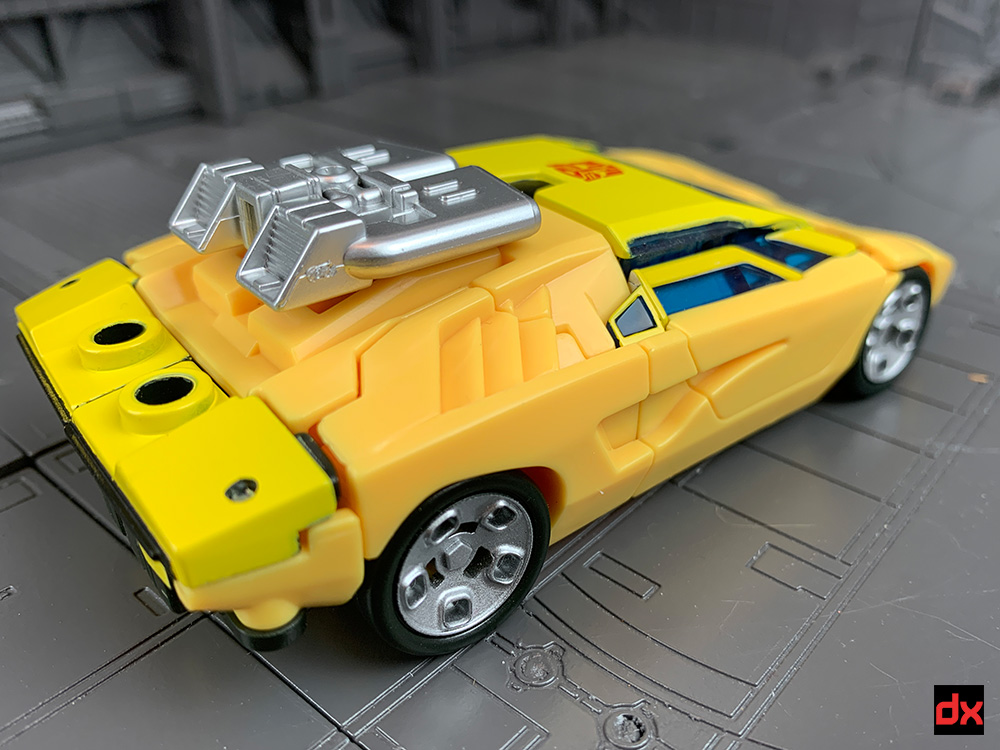 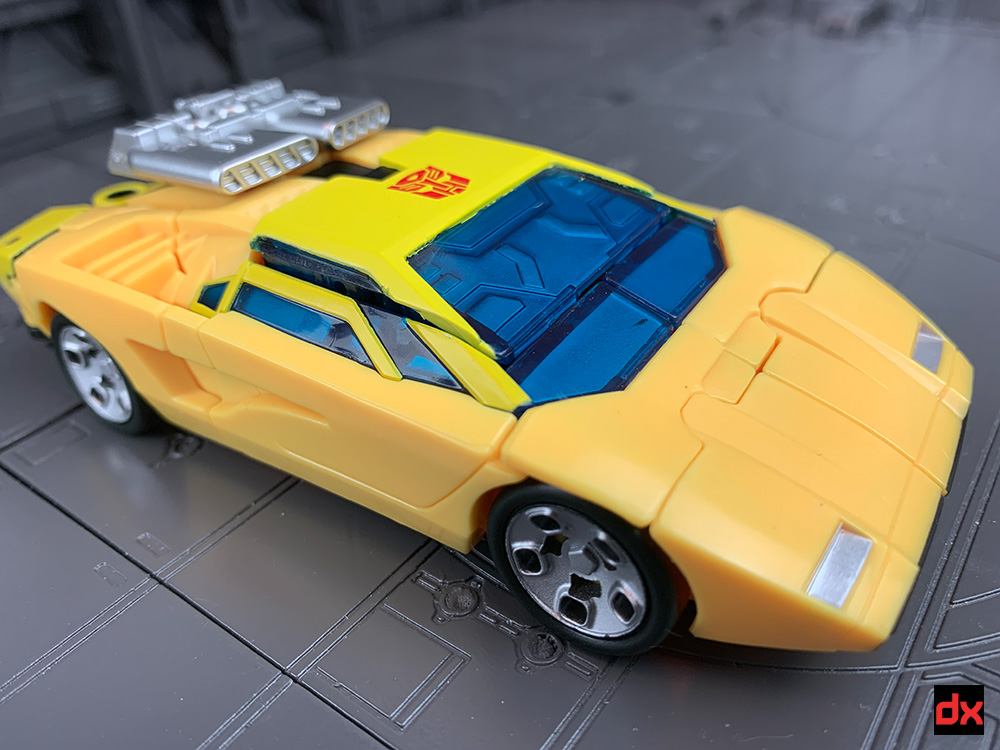 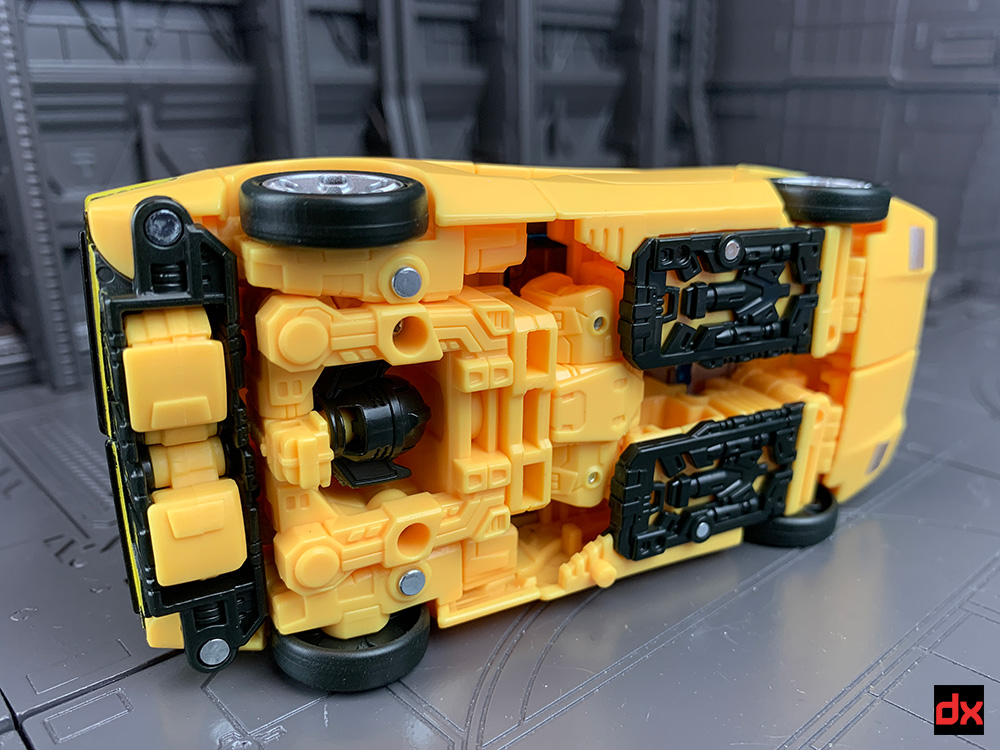 It just feels like Hasbro could have done so much better. It feels lazy.

Maybe with Sunstreaker, they didn't feel the need to capture his classic look as much as some of the other WFC toys have.

Can't tell if I got lucky or am just blessed with less than perfect vision, but the difference in shades doesn't look as noticeable on mine.

Same here. I didn't even notice the color difference until you pointed it out. And while the weapon doesn't fit perfectly in his hand, everything else on mine is tight, including all the wheels. I think you got a...lemon.