I have no idea who Sparkless Bot is, but I'm assuming it's some sort of zombie Decepticon soldier. As of the writing of this review, it hasn't appeared in the War for Cybertron trilogy series.

This Walmart-Exclusive is a recolor of WFC Prowl, and I love the finish on this so much. I wish there was an all-rust line of Transformers. I would buy every one.

In robot mode he does everything Prowl did, and as such he's super poseable. The head on this bot is new, as is the weapon. The two-part cannon can be separated and mounted on the shoulders. 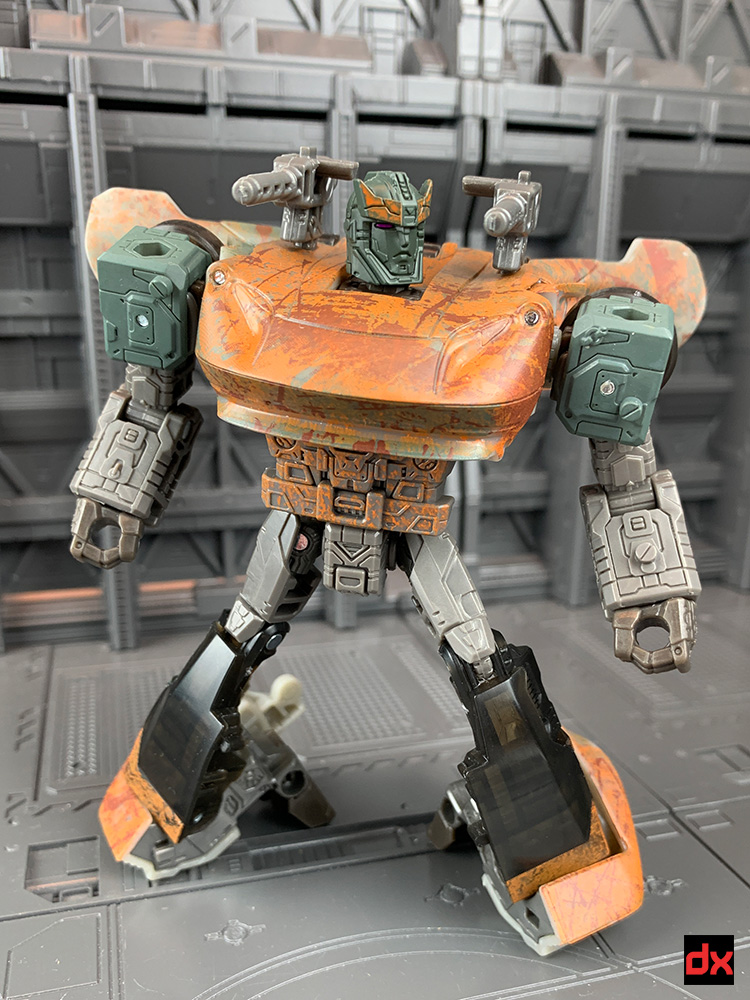 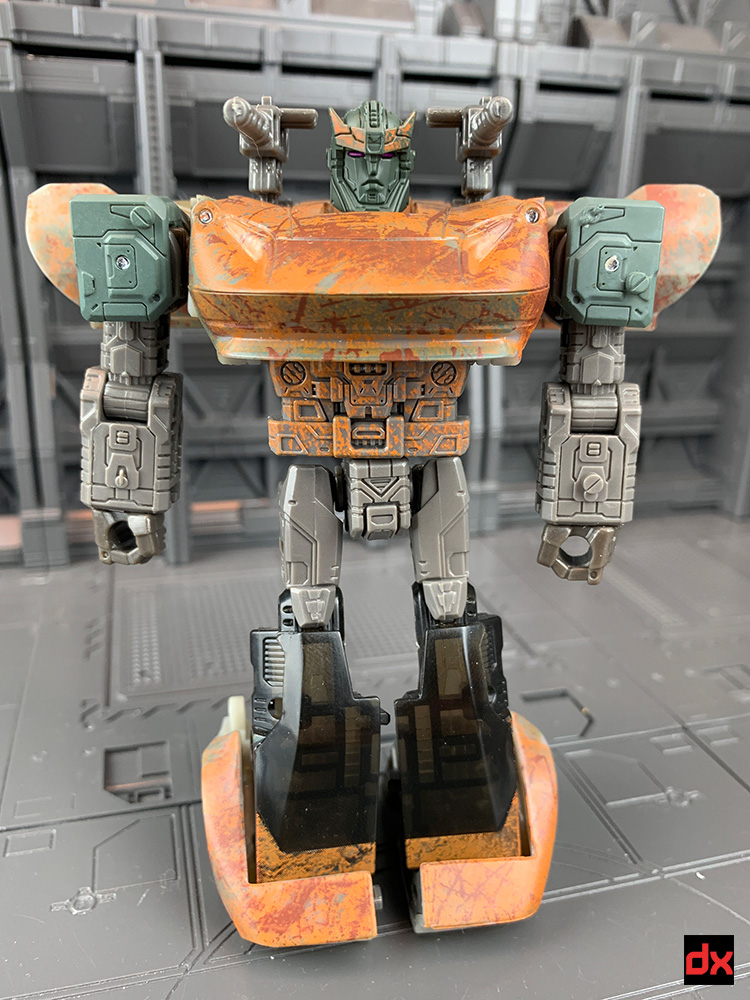 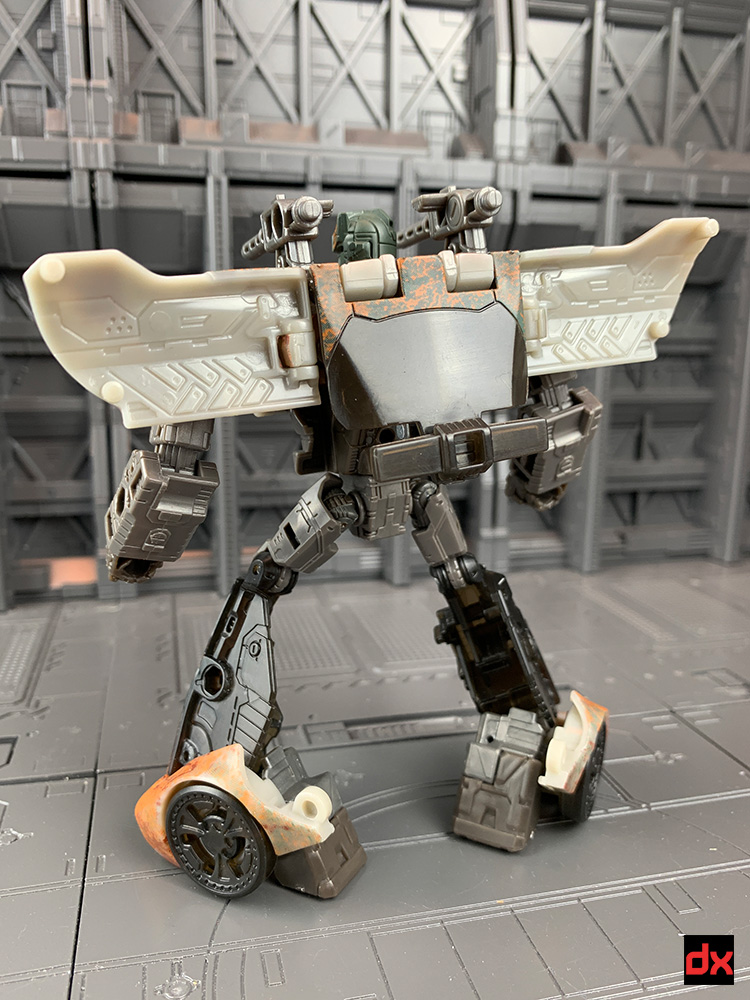 The two halves of the cannons can be connected to be used as a single pistol, or separate them for use in both hands. 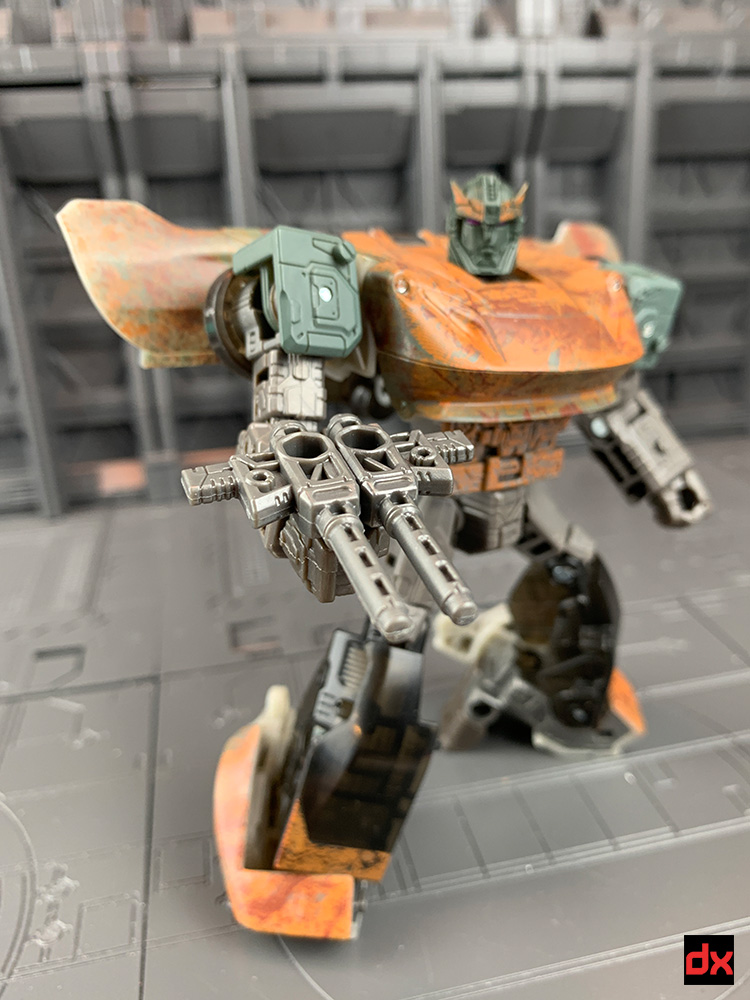 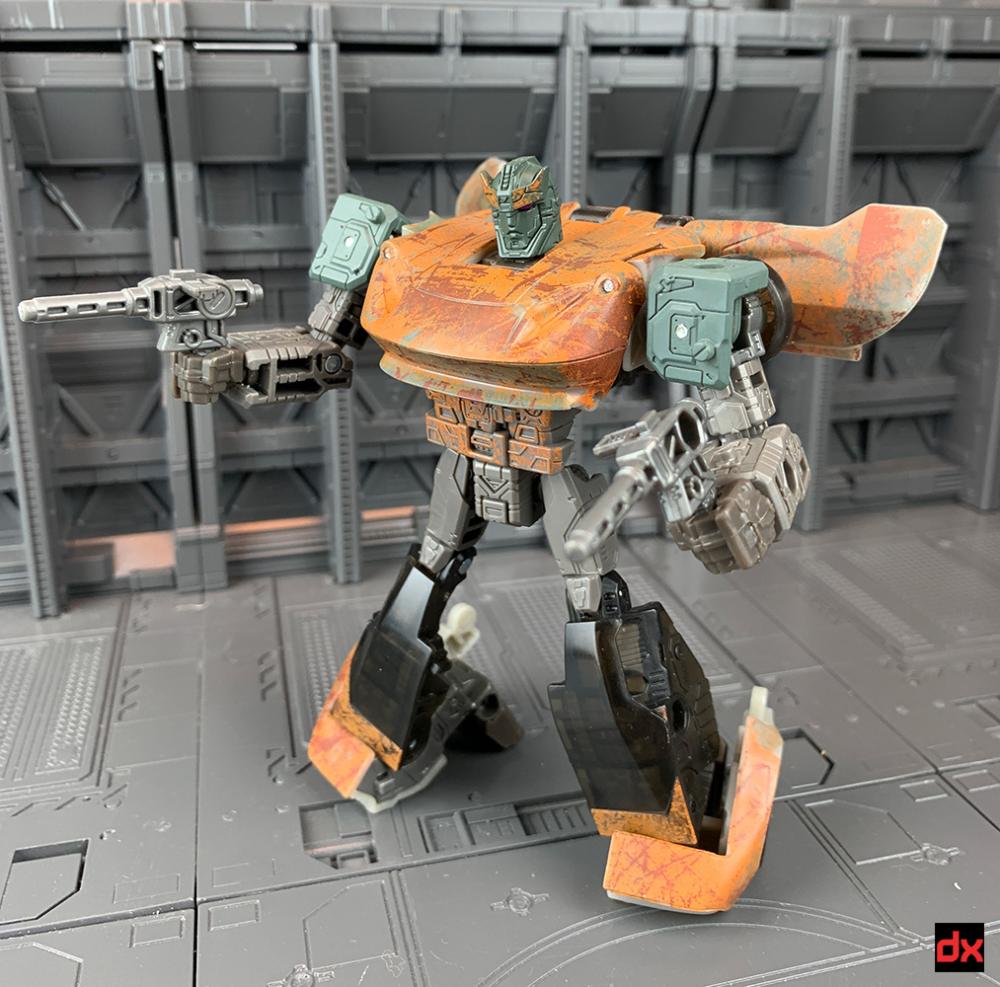 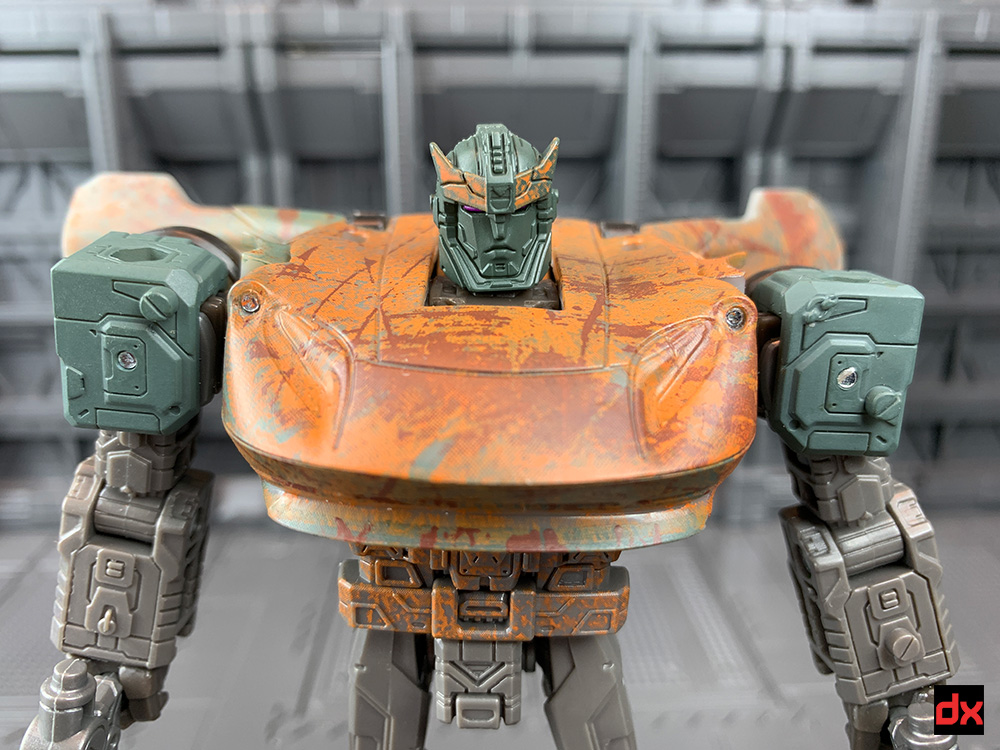 Transformation is blessedly simple, and the end result is a fantastic vehicle mode. The rusty pattern flows flawlessly over the various panels for a cohesive rusty look. 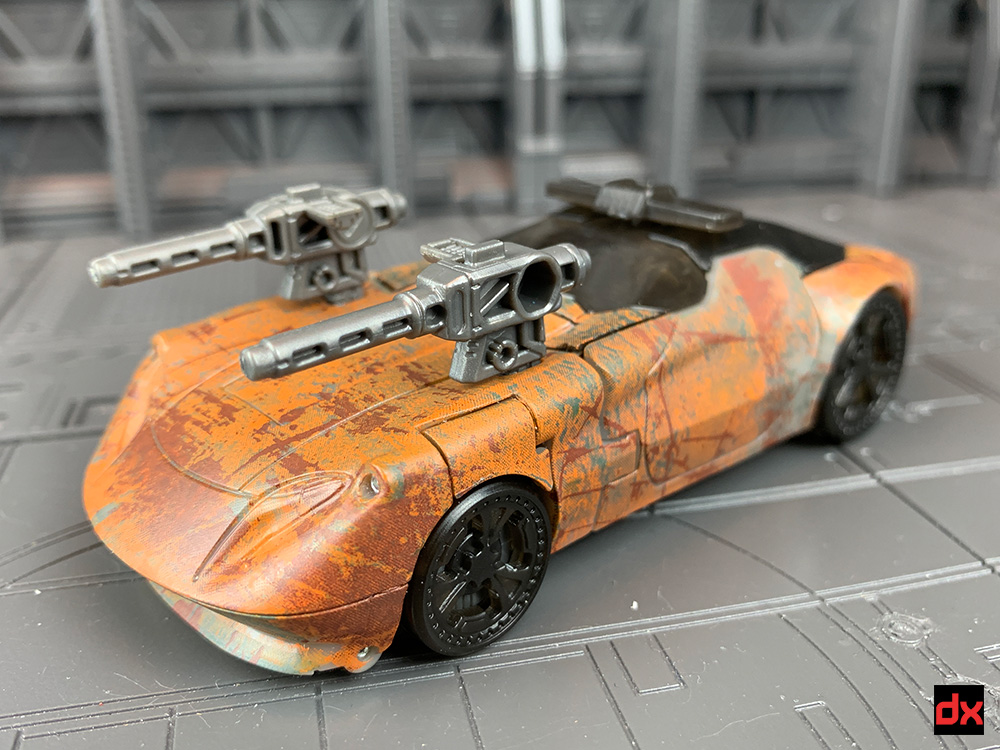 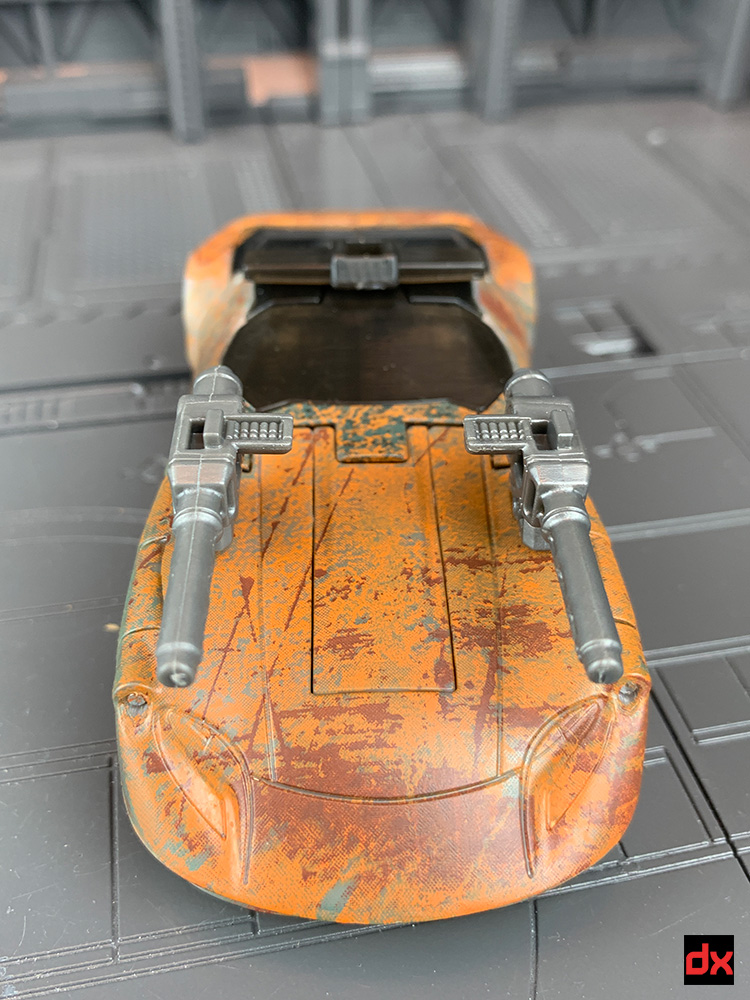 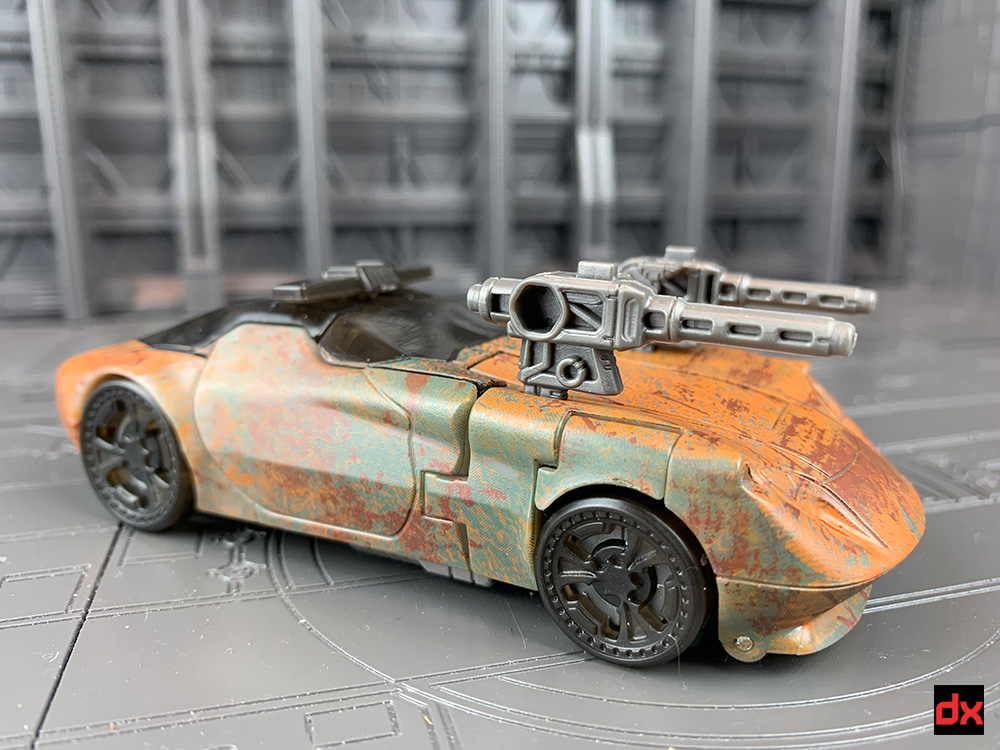 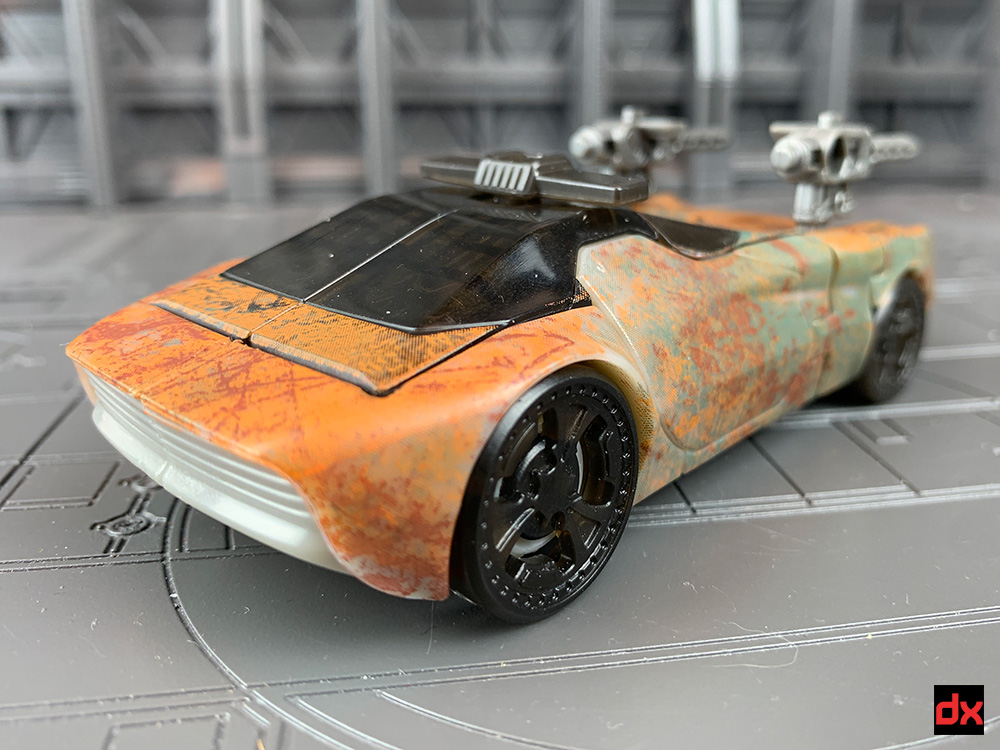 In car mode, you can mount the guns on the front, or combine them to attach to the roof. 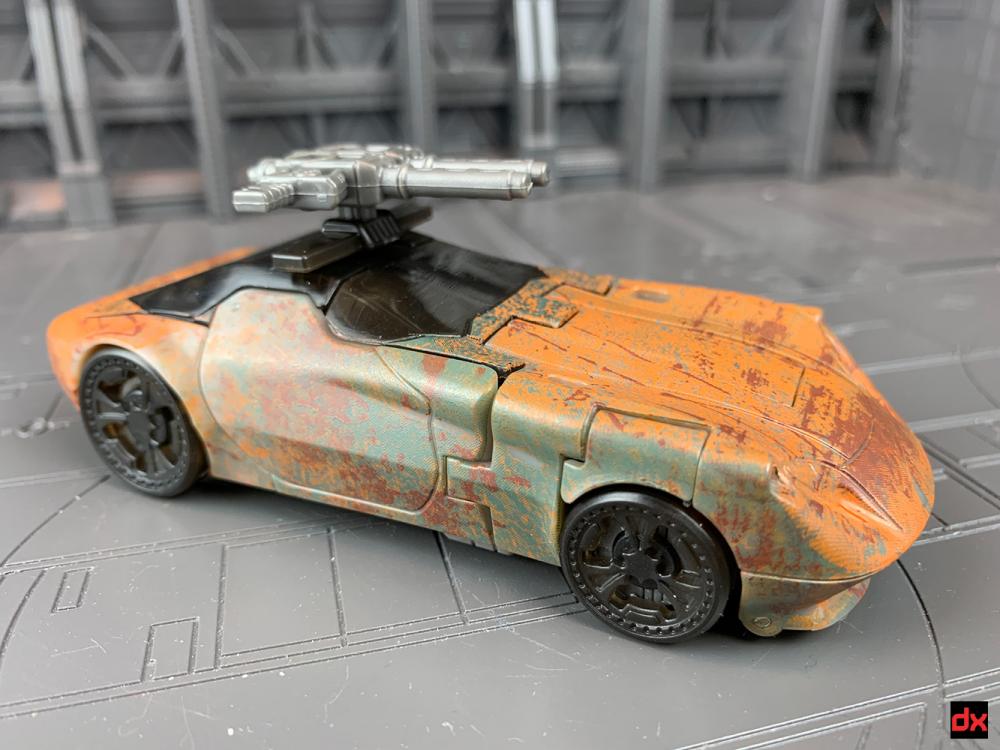 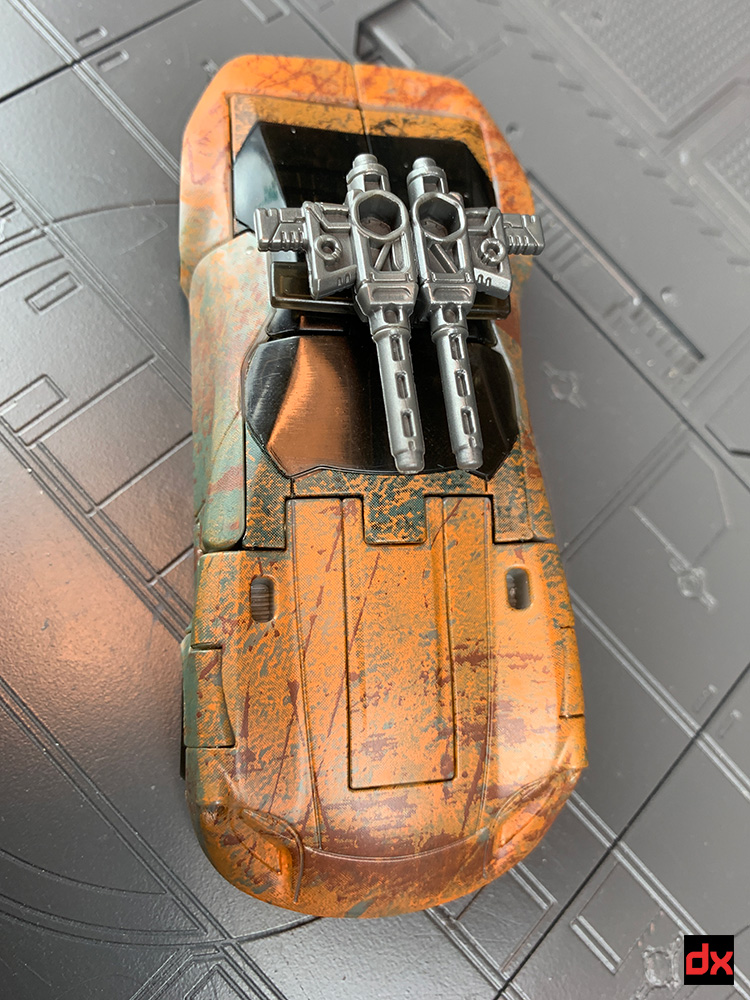 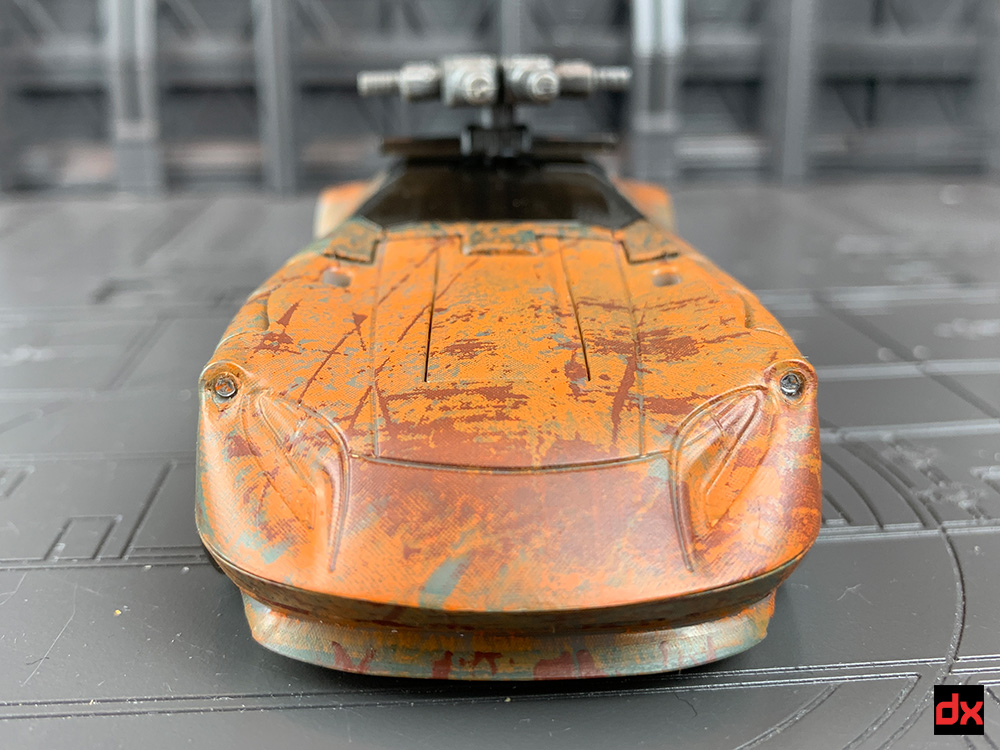 I'm still looking for him and and the other deluxe Netflix figures in the newest wave.

I think the head is taken from Siege Smokescreen. Maybe he hasn't appeared in the Netflix shows? Not sure. I watched the Siege series, but haven't watched Earthrise yet.