Q9-0 (Zero) appeared in chapter 6 of the first season of The Mandalorian. He was a Protocol Droid turned mercenary and technically was destroyed twice - once when he tried to kill Grogu, and again when his remains were aboard the Razorcrest when it was destroyed.

I'm a sucker for droids in general, and this one was voiced by the awesome Richard Ayoade! 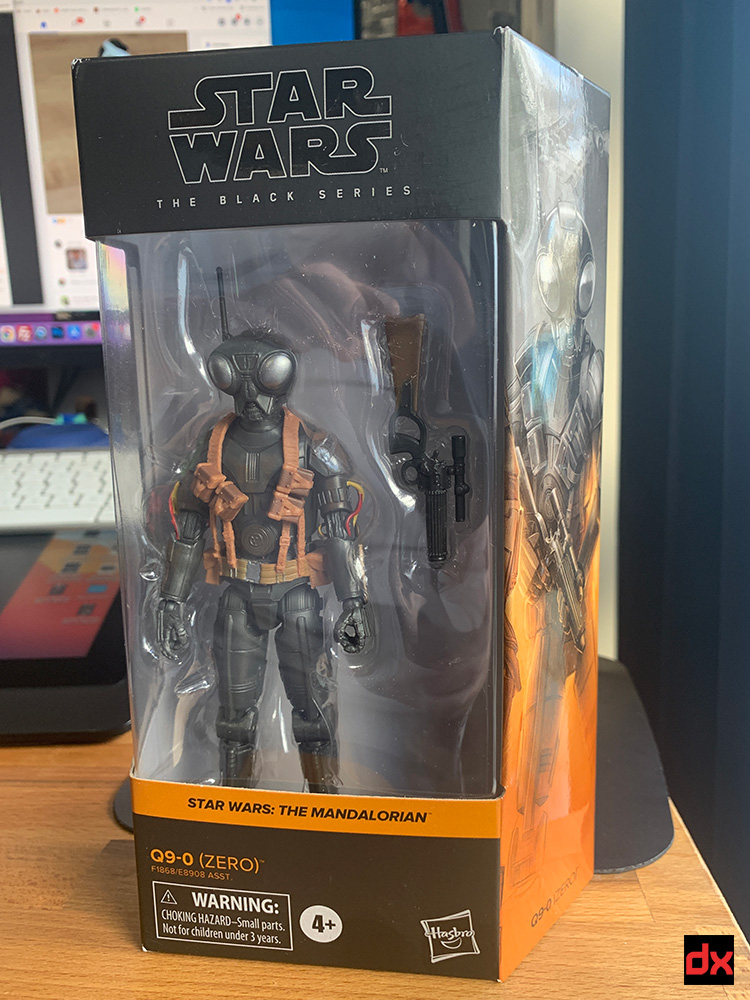 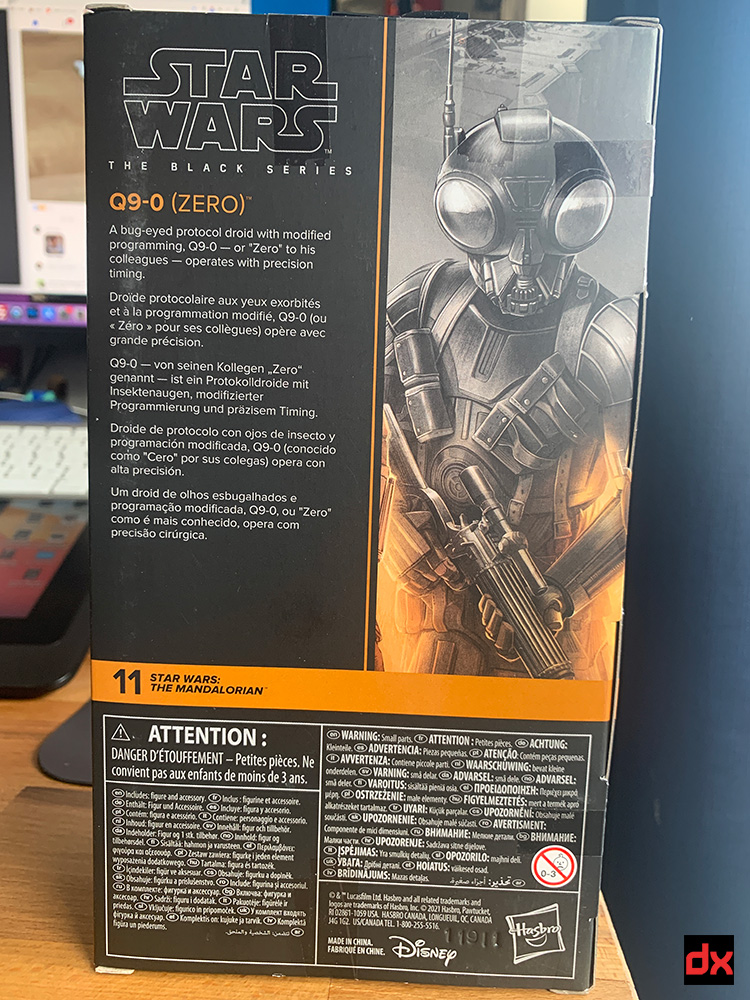 While he looks a bit like 4-LOM, he's a completely different make of Protocol Droid. 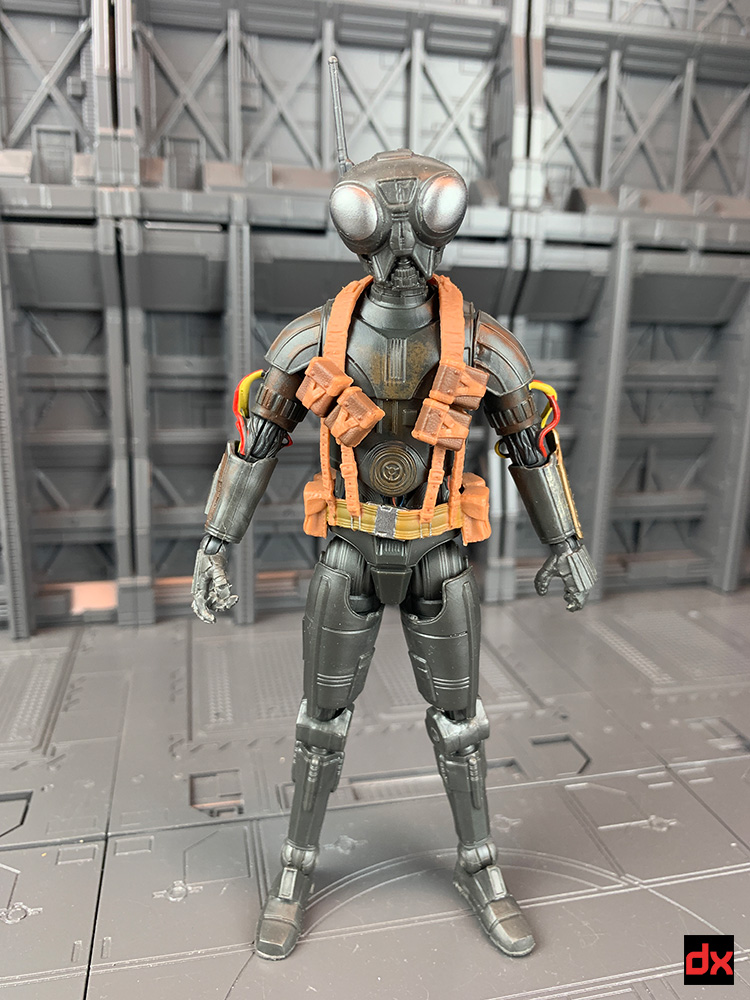 This guy is awesome. He's got a different feel than the humanoid Black Series figures due to mechanical joints he has. The molding is so sharp and everything has a great amount of detail. He actually feels like a firmer plastic than the regular black series figures.

The harness is a softer plastic and is separately molded from the body. 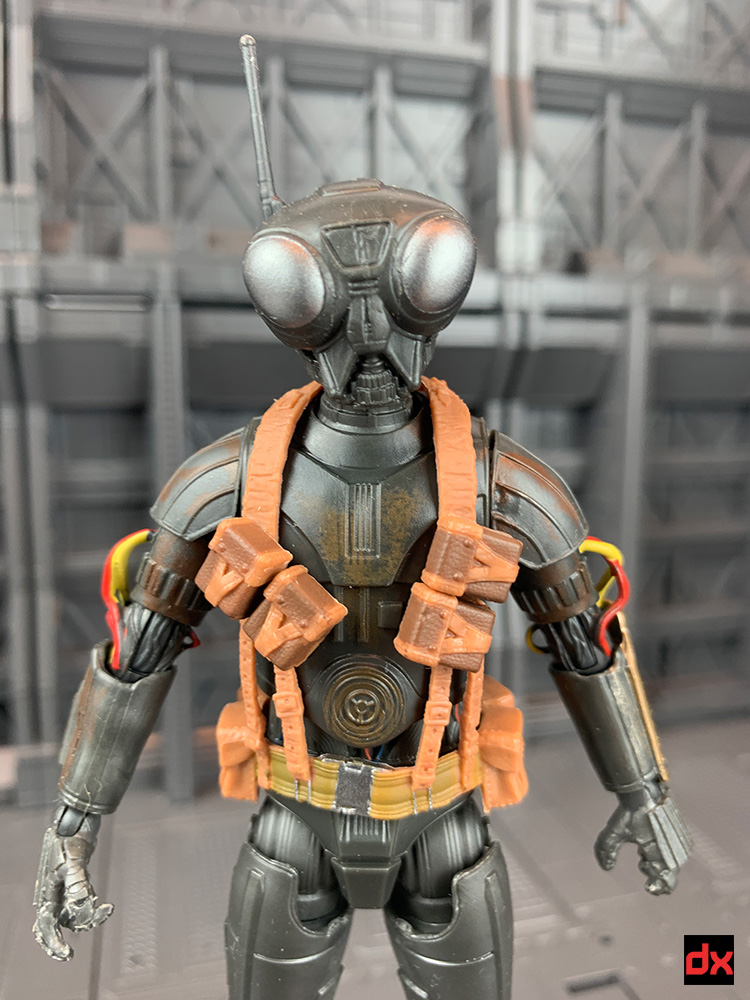 The head has a joint at the base of the head and again at the body. The antenna is a bit thicker than in real life but that makes it durable. 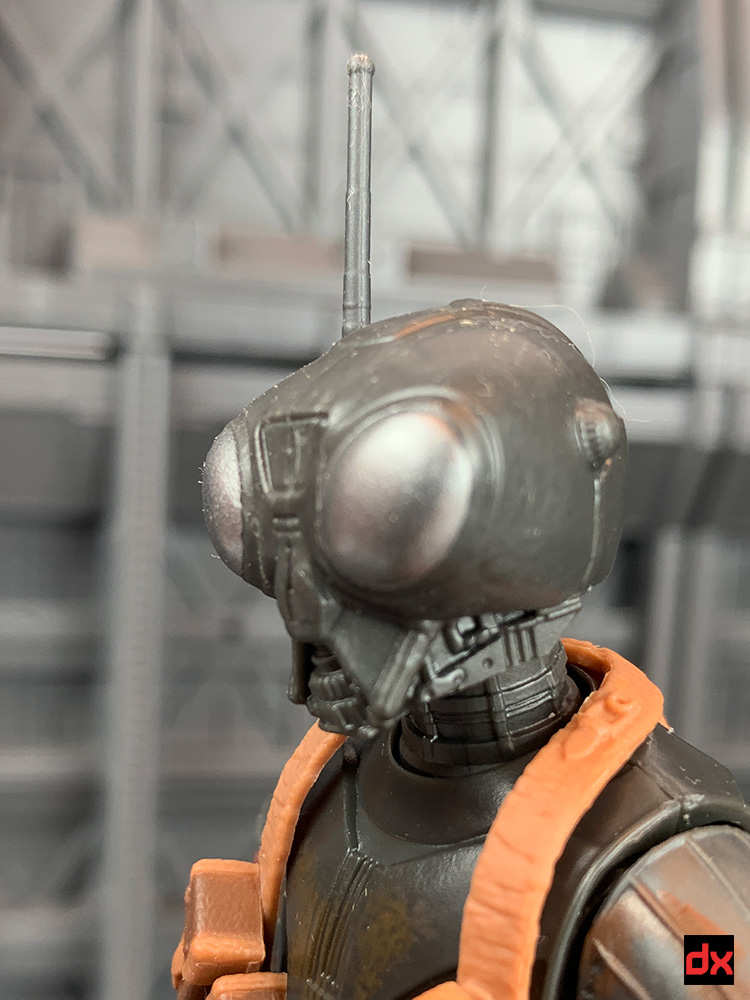 There's a golden plate on his left arm with nice weathering. Also check out that exposed wiring - that connects to a movable panel at the bicep so it can extend when the arm is moved. 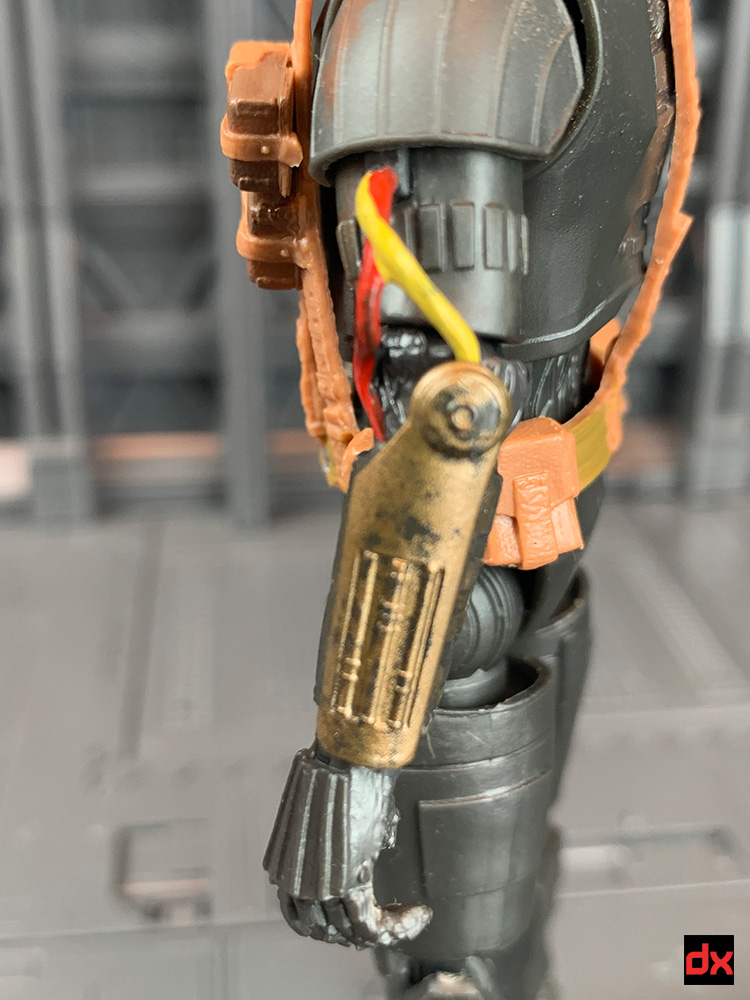 All protocol droids seem to have that square panel on the back. I wonder what it's purpose is? 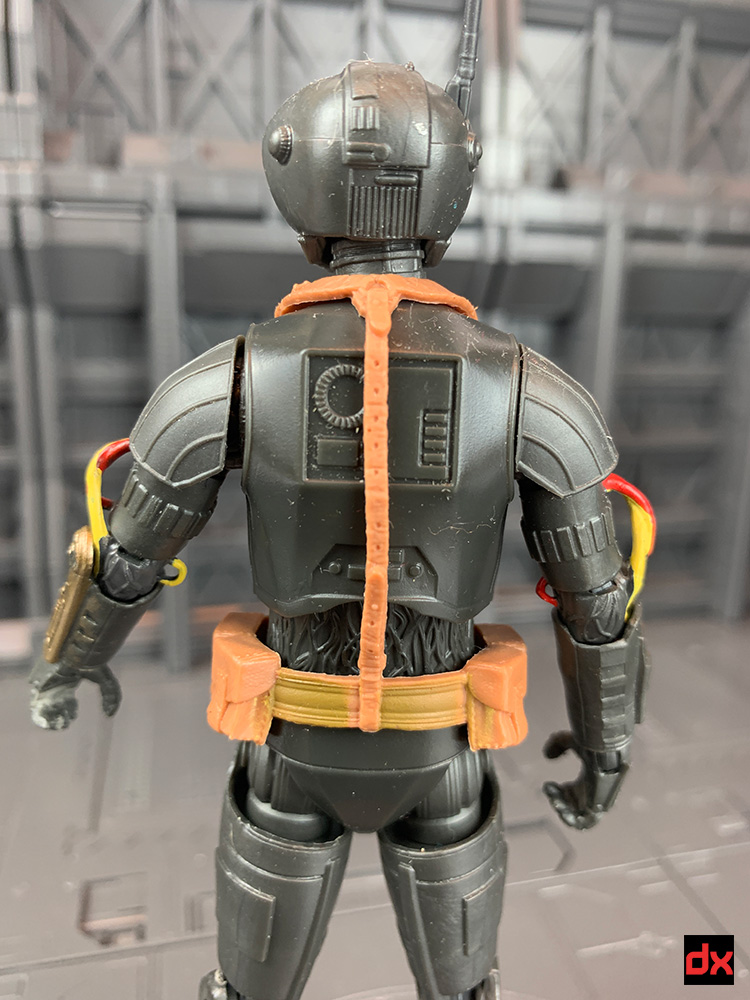 Articulation is great for a droid. The joints are something really cool to note here - the legs are all mechanical, but are ball jointed at the hips and then a swivel joint at the top of the thigh. 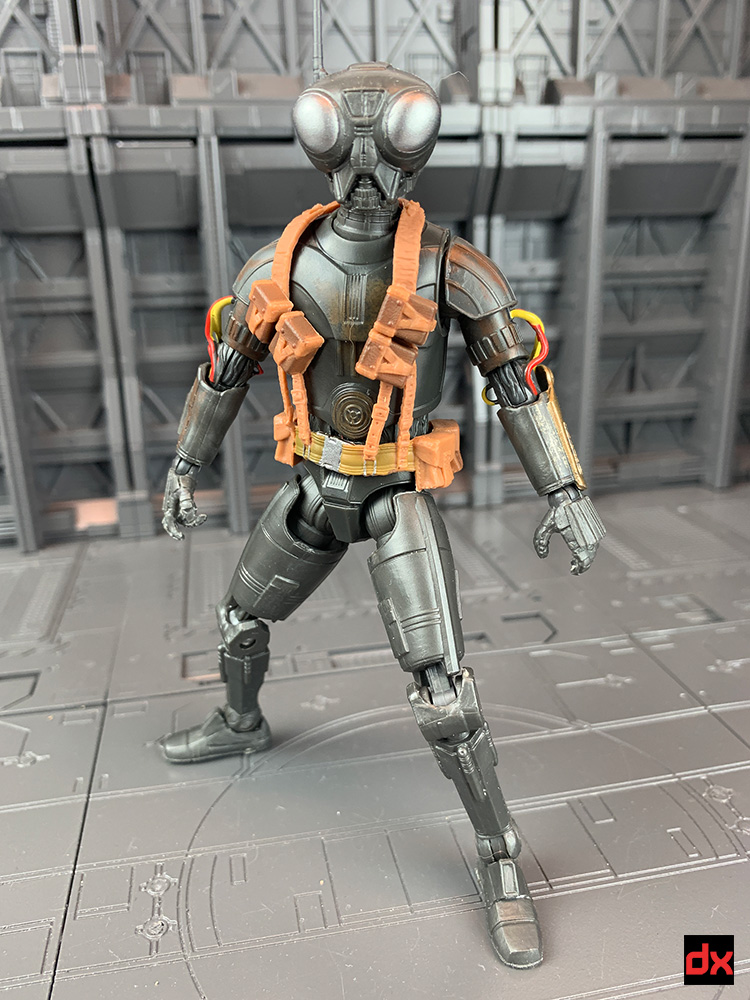 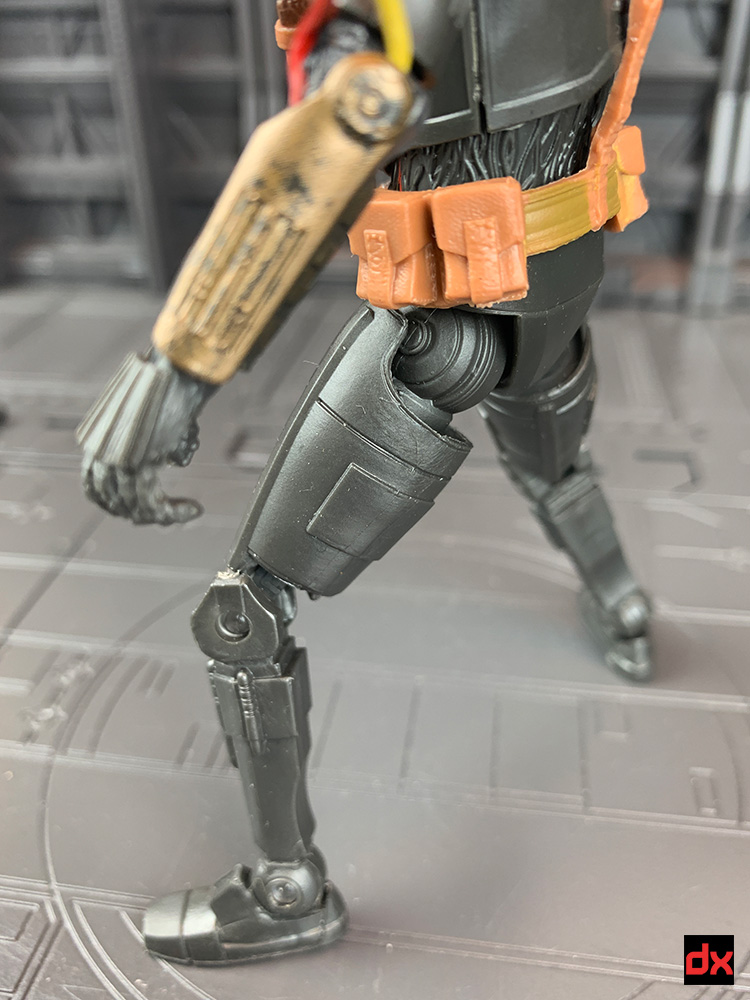 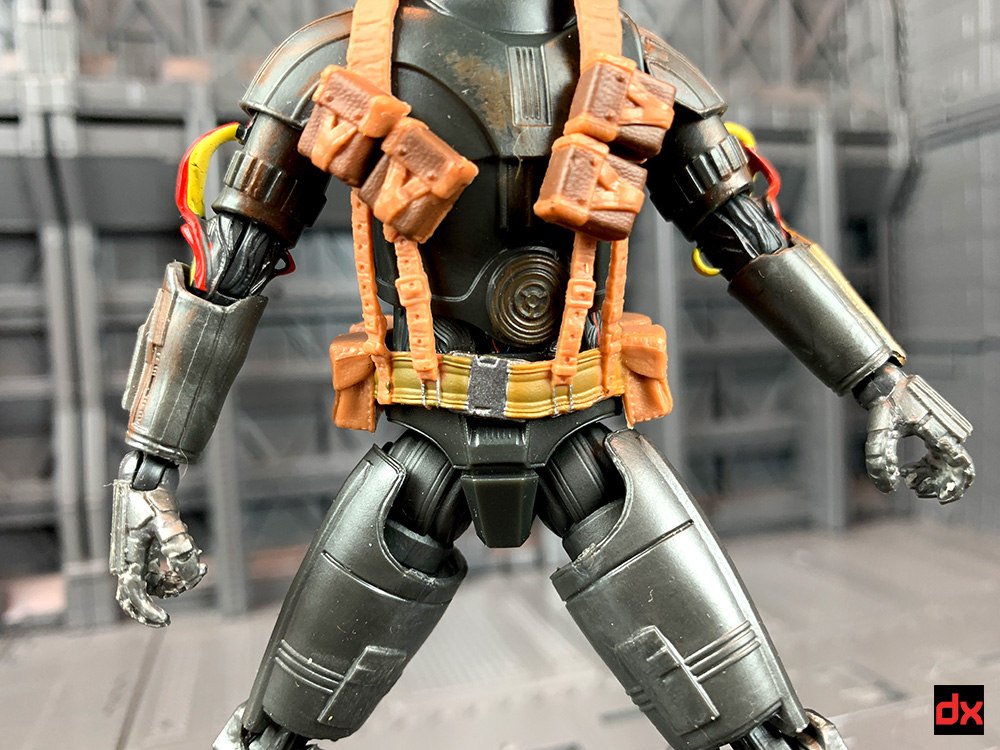 For the knee and ankles they use a similar system to K-2S0 where they use clear plastic to simulate a gap in the center of the joint. 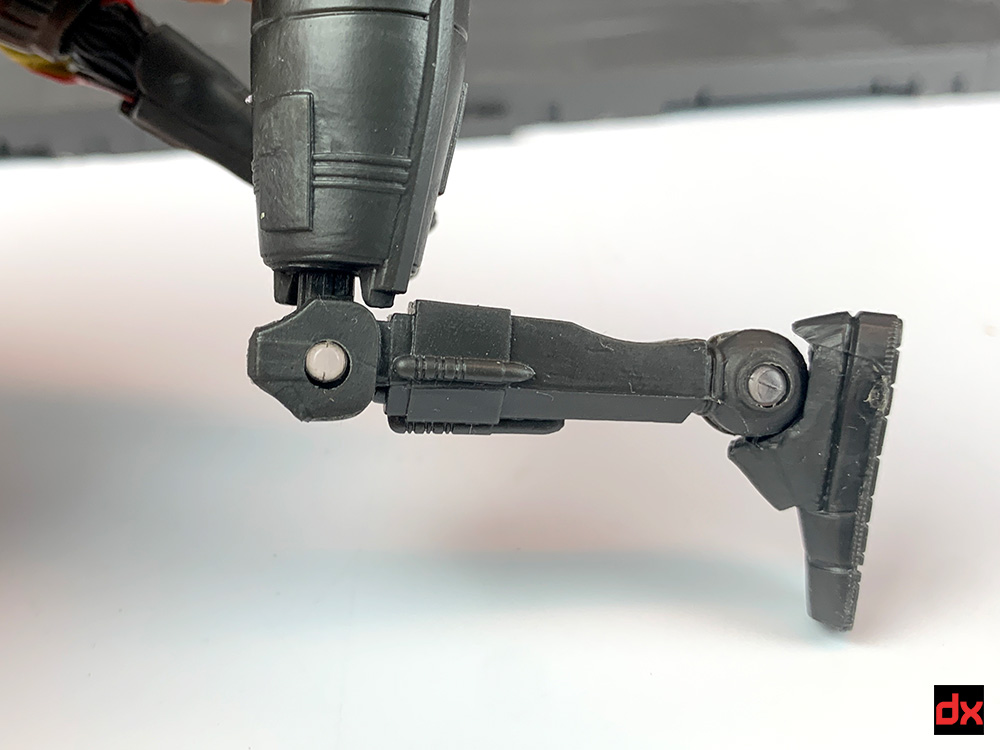 Not that you ever see Protocol Droids doing dynamic poses, but it's nice to know that he can. 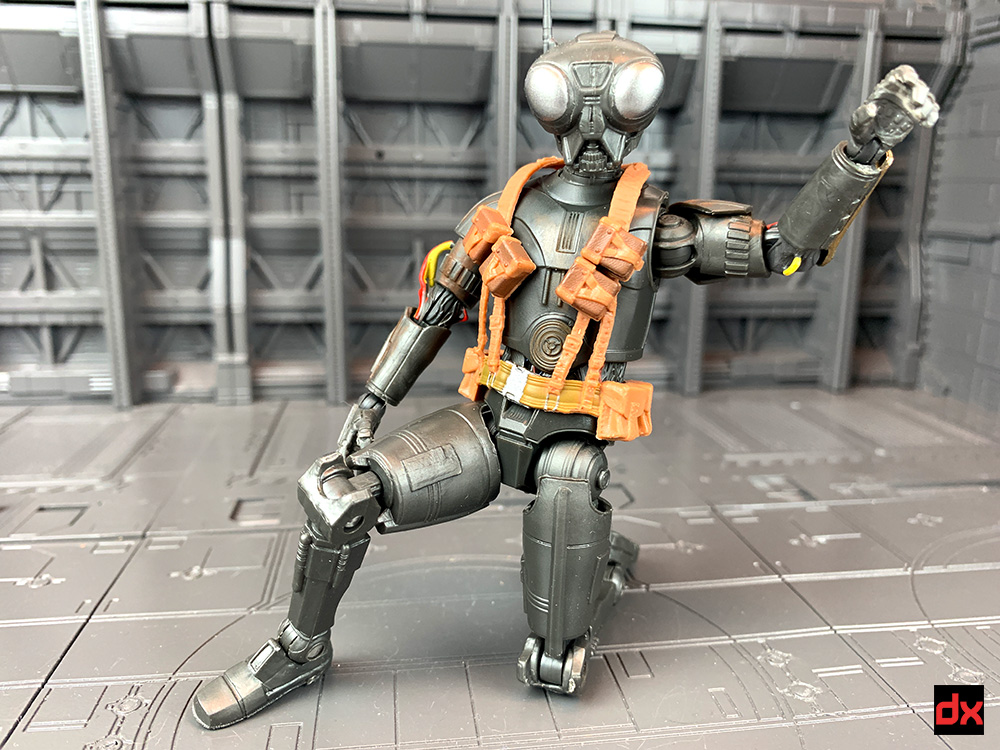 Q9-0's weapon is an EE-3 Carbine Rifle, the same one Boba Fett used. Its made out of a very rigid plastic, and so are the hands, so I may have created a stress mark on the rifle trying to get them in his hand. 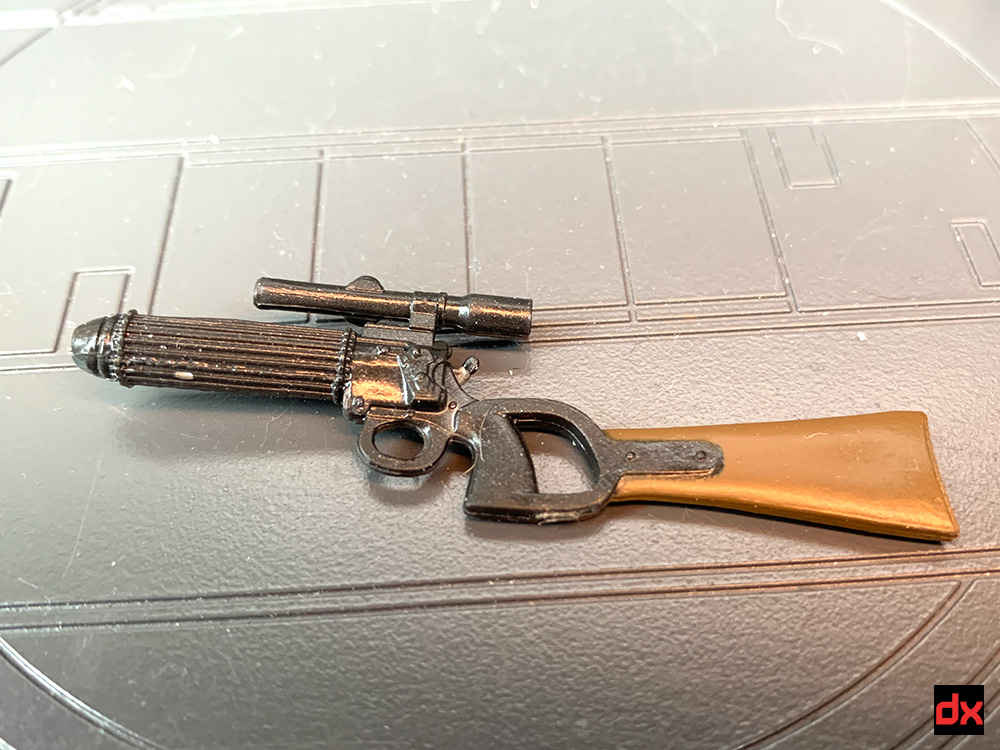 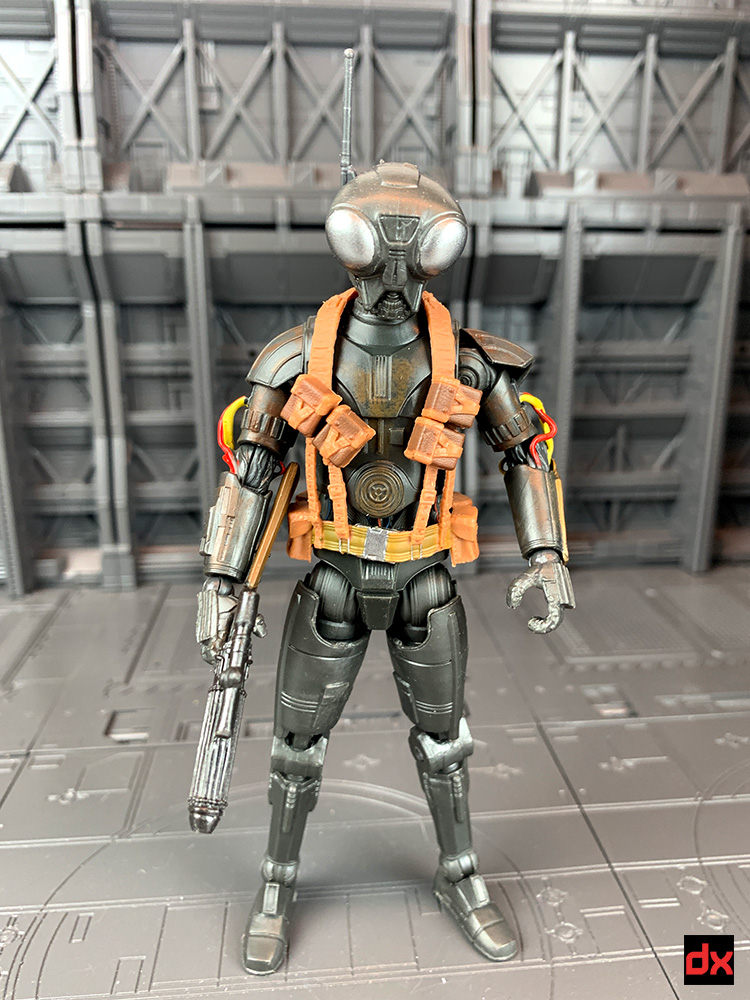 The gun can be held in both hands. 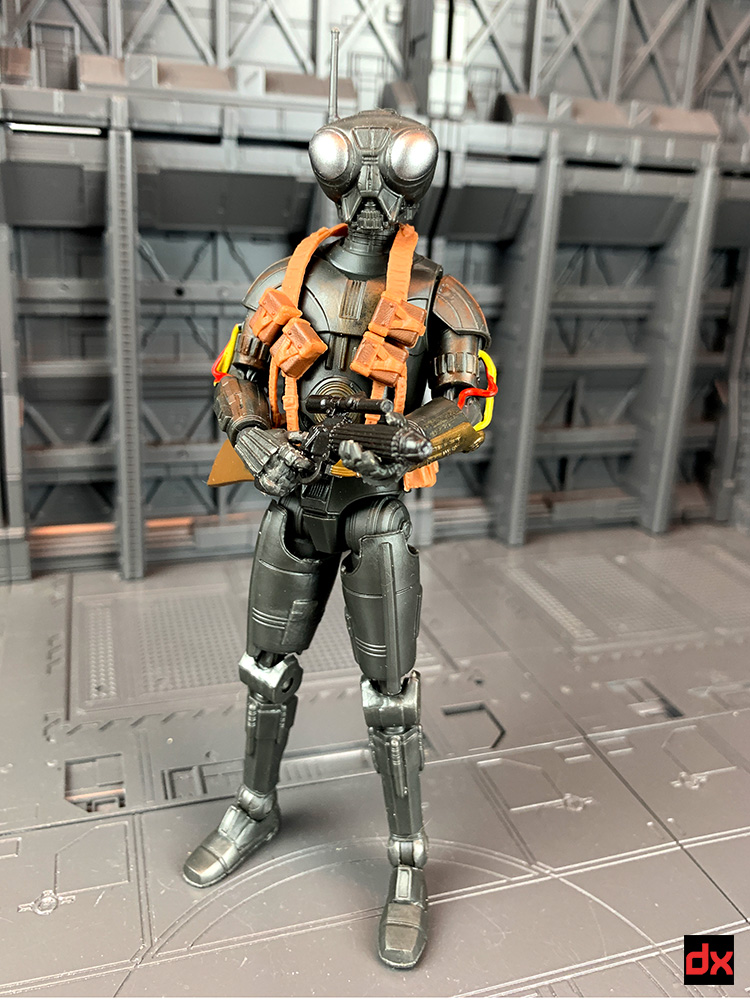 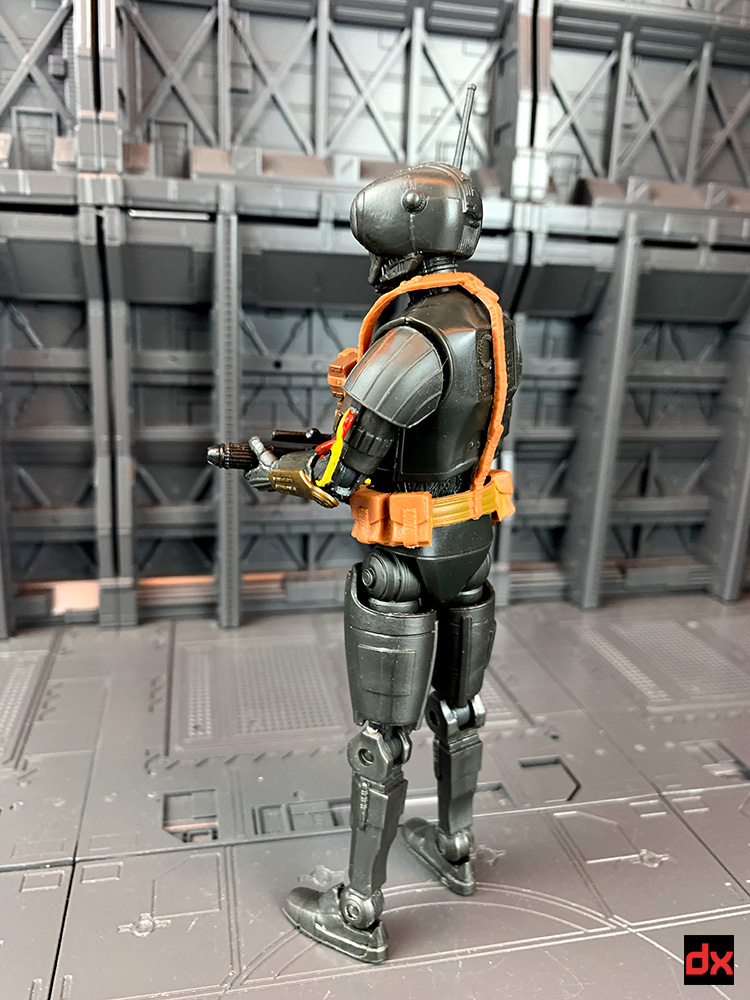 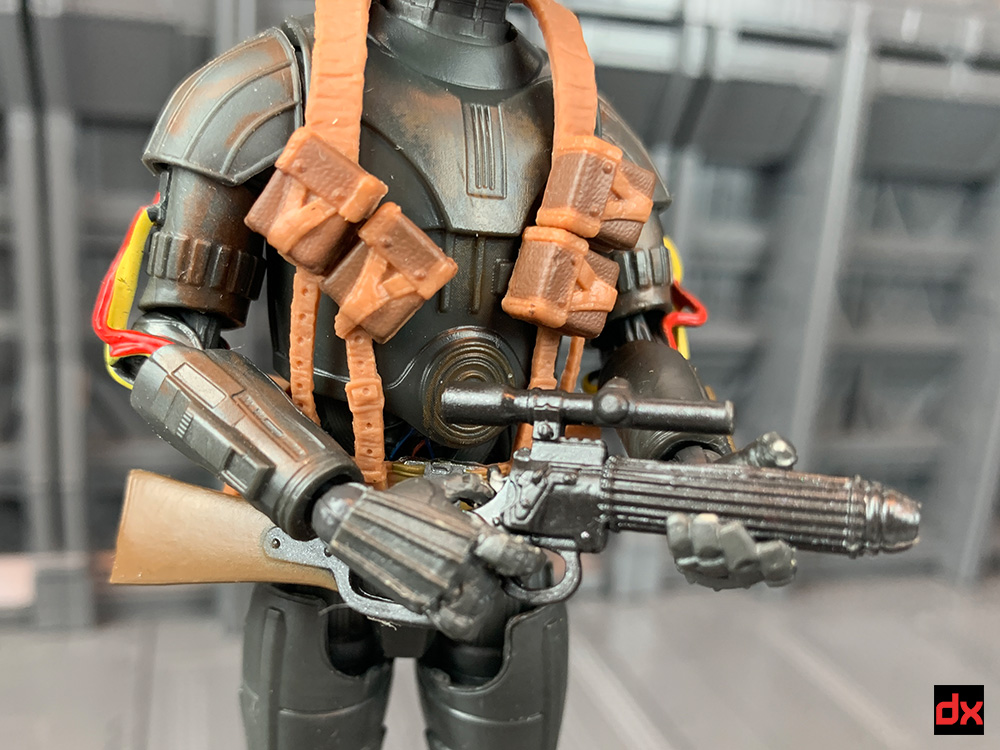 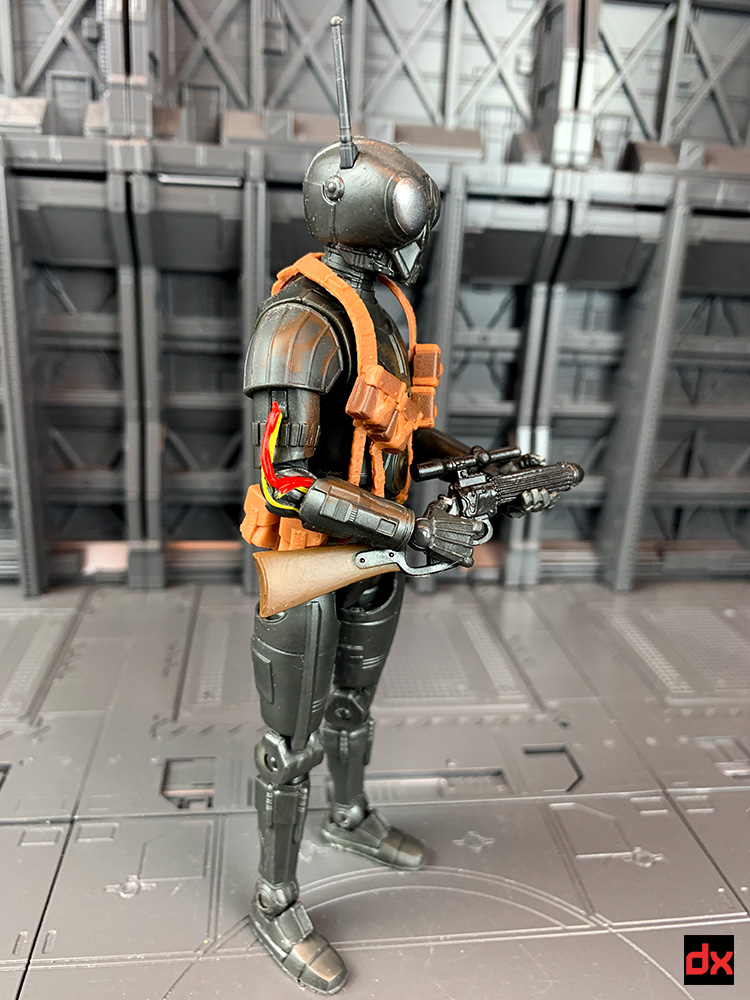 It's an awesome figure. Bring on more droids!