Needle is one of the domestic releases of the Zoids Wild line. In Japan, it's known as Scorpear (スコーピア).

This is a small kit consisting of 33 pieces, and it's nearly identical to it's Japanese counterpart. The only difference that I can see is that the figure is a painted figure for the US release, as opposed to the clear slug that comes with the Japanese one. It's the lowest price point at $9.99 us retail.

Needle is a Scorpion type Zoid, and it features a wind-up motor. These new zoids do a great job of hiding the wind up-mechanism. In this case, the small gun on the side acts as a key for the wind up motor. 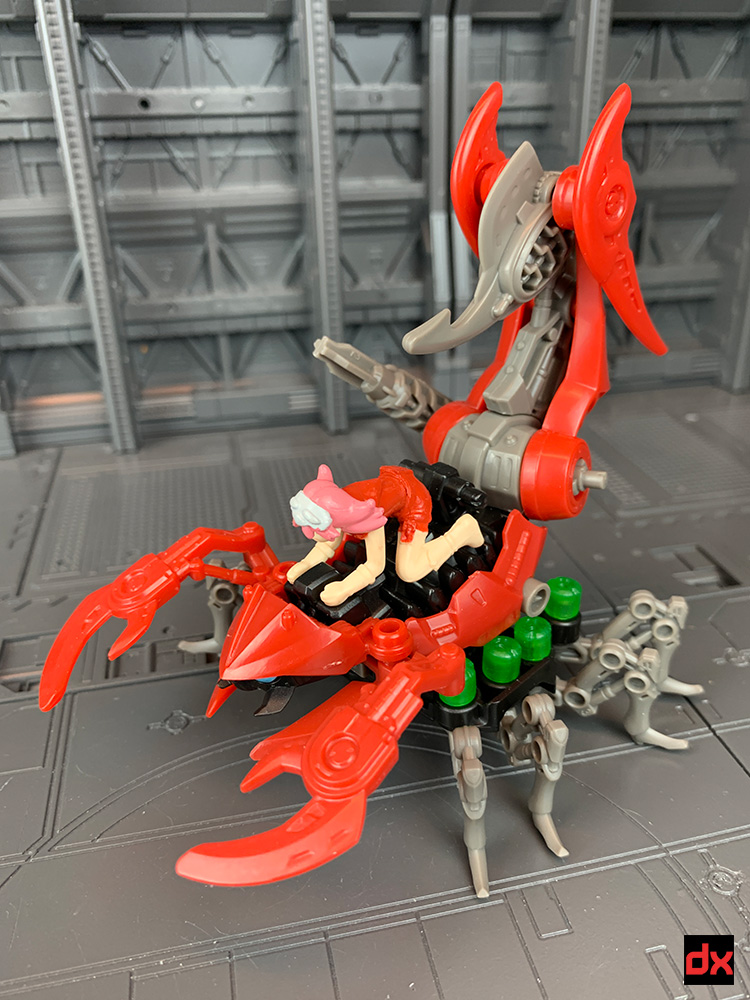 The figure slowly walks forward when wound up with alternating footsteps. 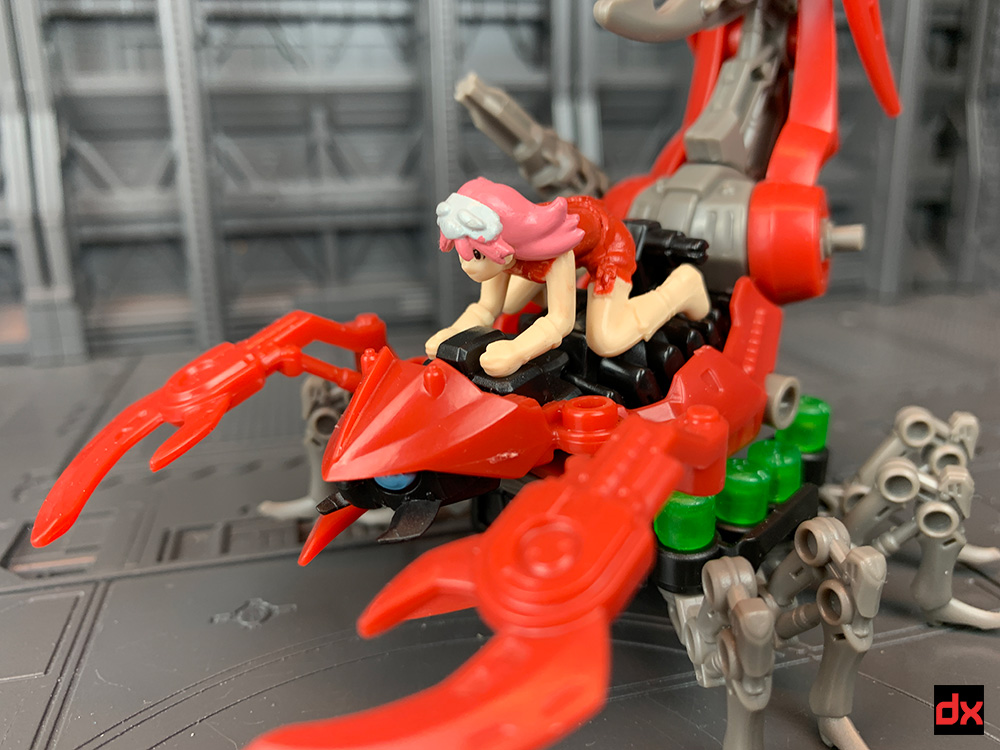 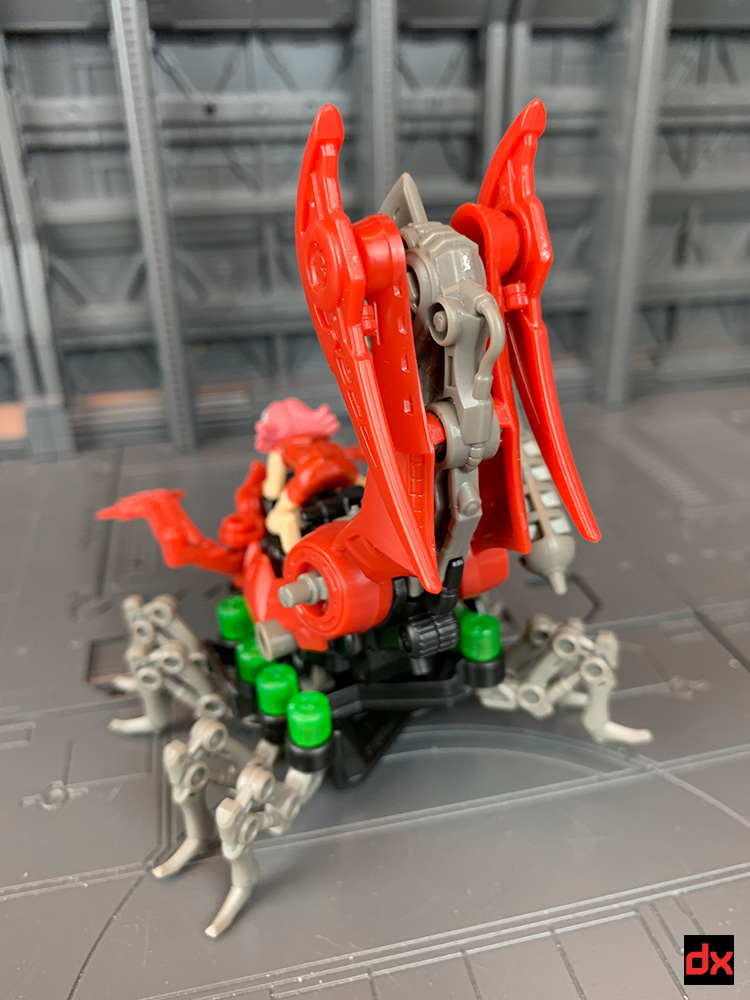 The painted figure is nice and actually resembles the pilot from the show rather than a generic clear pilot. It secures to the toy with two pegs molded into the hands. 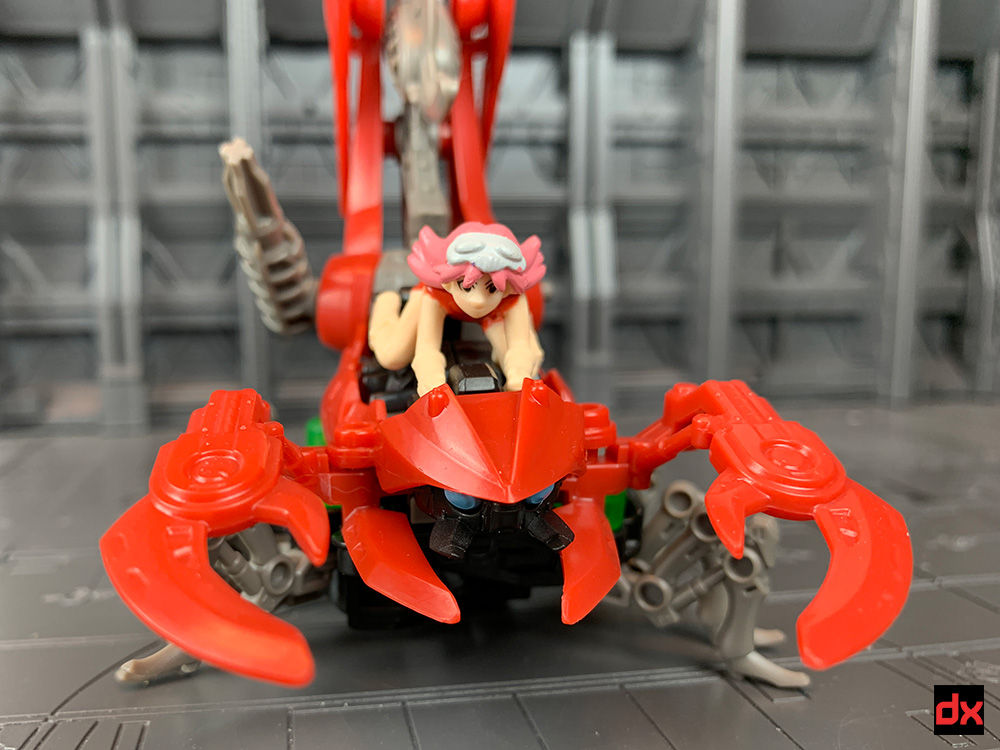 These are a steal at $10. Grab one before they are gone, as it appears they aren't carried by a lot of retailers.