This particular version of Boba Fett is as he appears in Return of the Jedi, marked by his red gauntlets and multi-color jetpack (among other changes). I'm not going to go into each and every change, nor am I going to comment on the screen accuracy. I'm looking at this as a TOY, and I can tell you that I think it's pretty cool.

As part of the Black Series, Boba Fett stands 6" tall, and is made out of durable PVC. 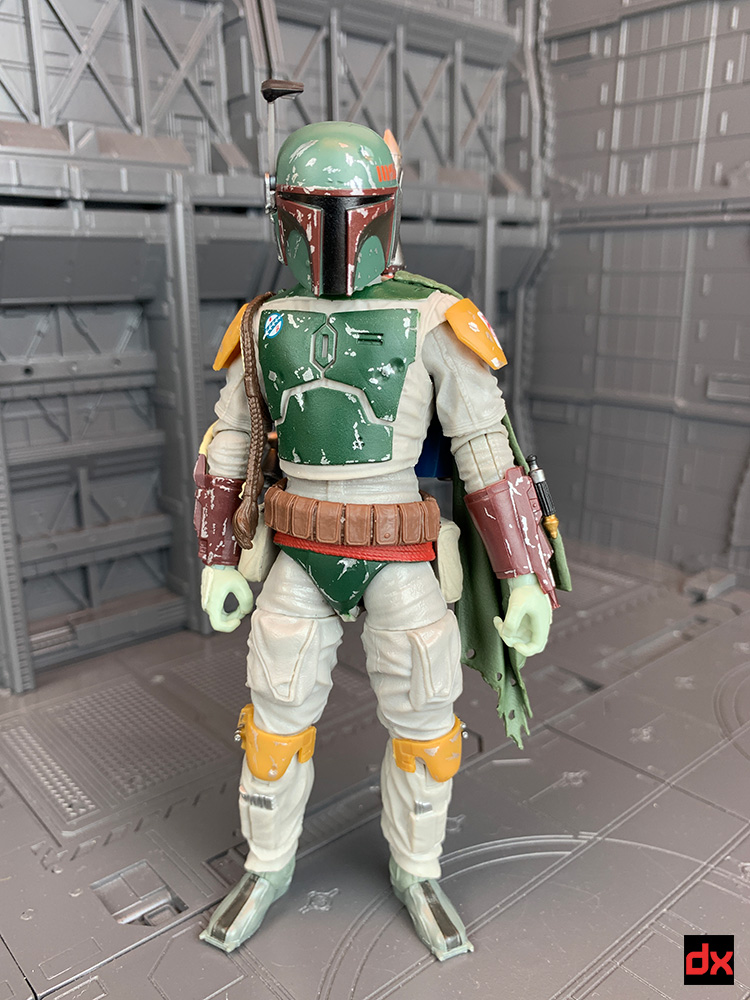 This version is a marked improvement over the previous releases. His outfit has many layers and "floating" bits like his chest and belt. These are separate softer pieces that rest over an internal body. 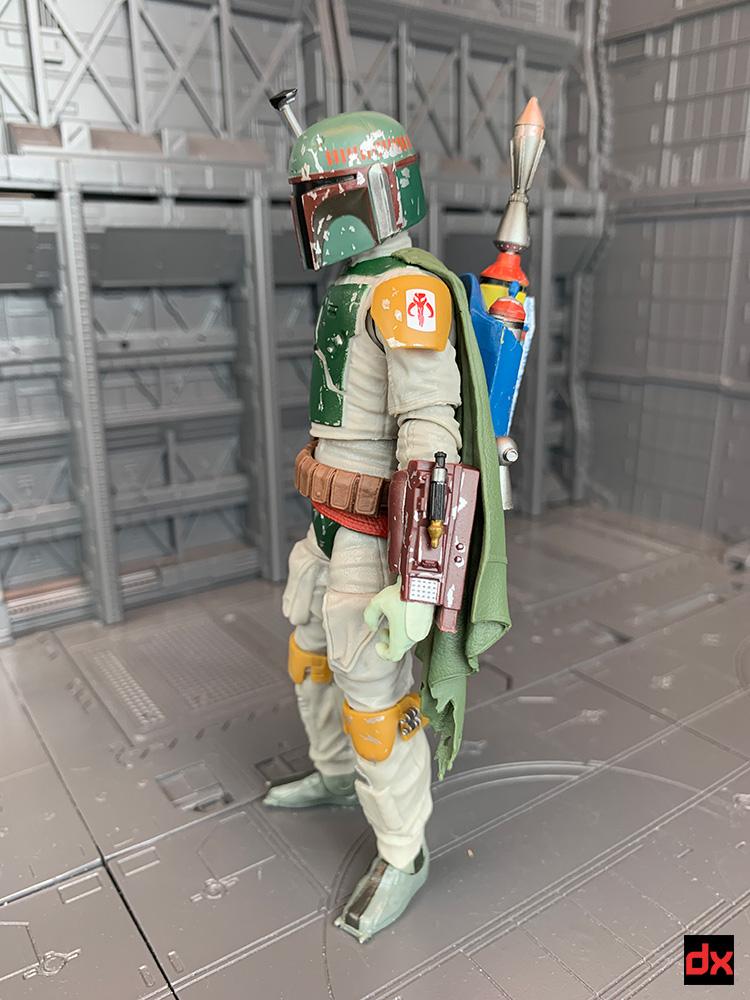 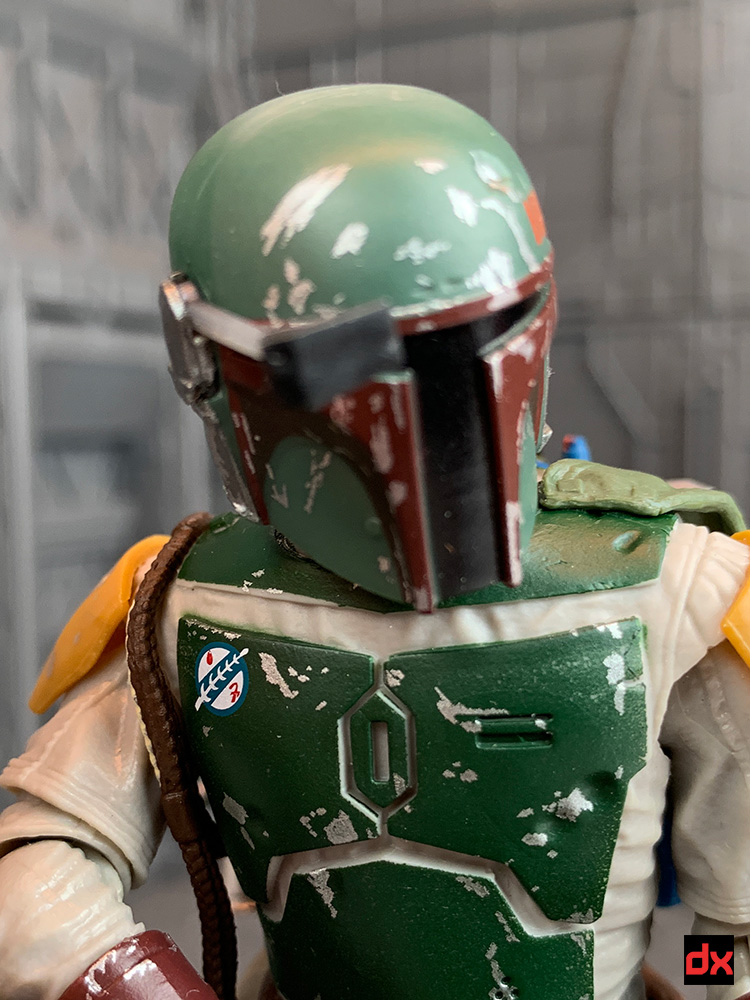 The Jetpack is detachable and features removable missile and movable engine nozzles. There are blast effects for the jets that we'll show later in the review. 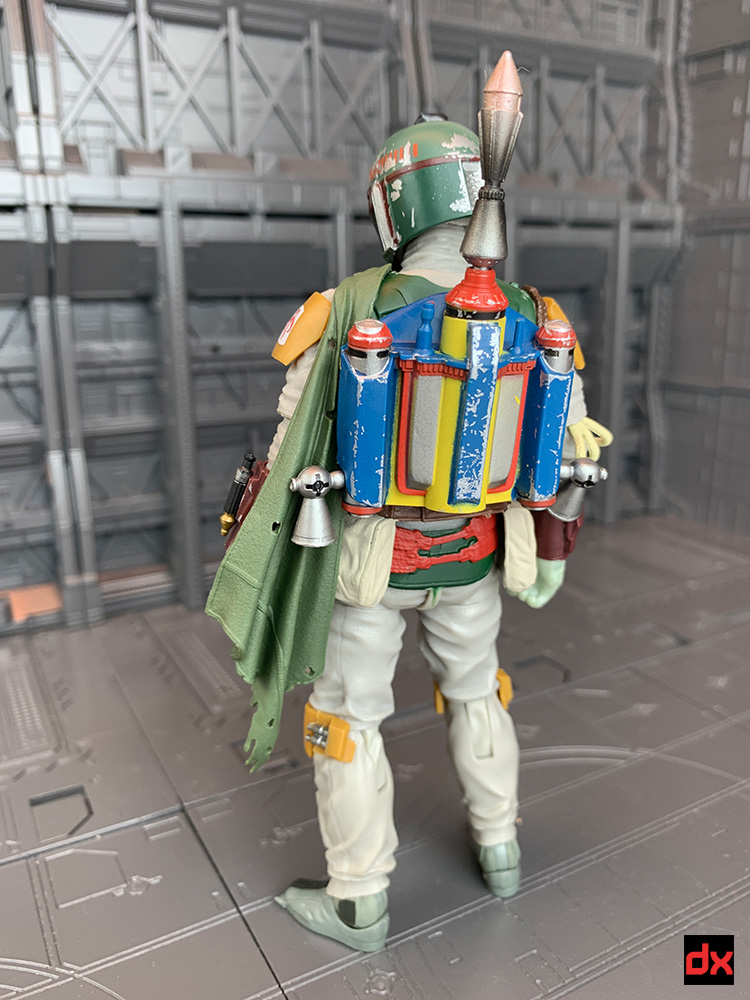 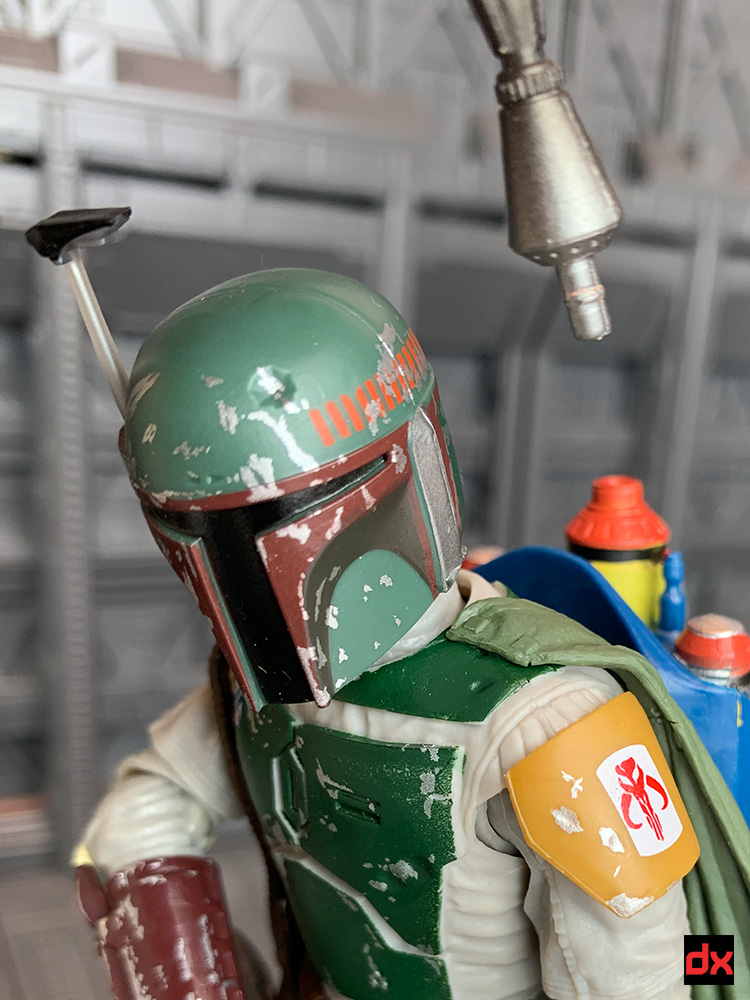 There are some nice details, like the fuel lines for the gauntlets molded in as separate parts. 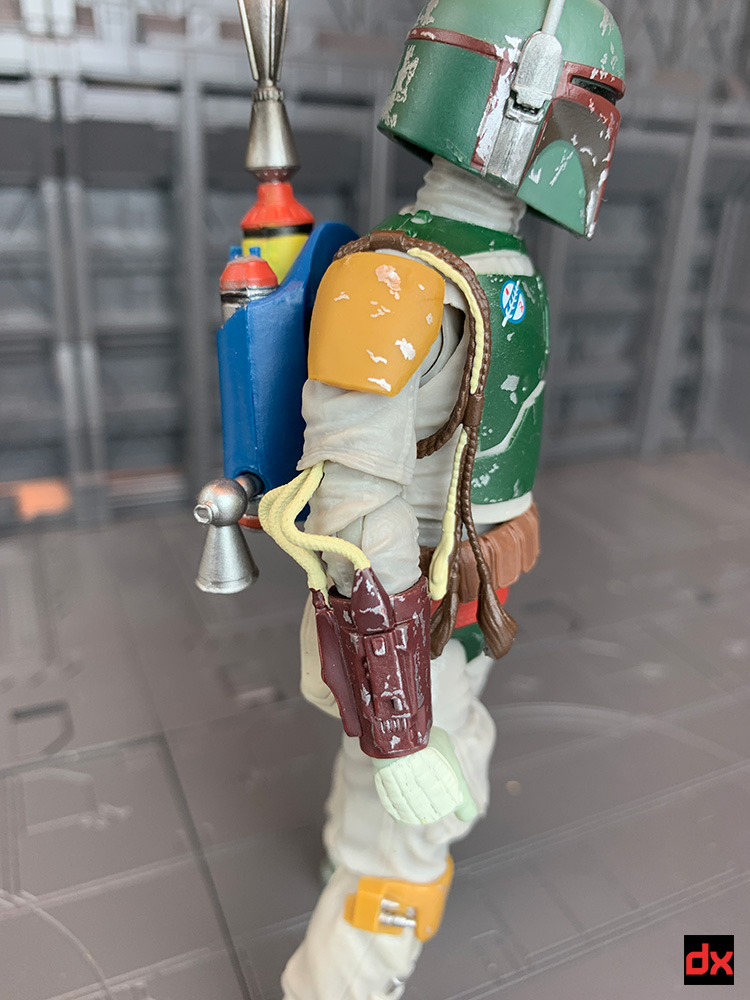 Nice detail on the knee pads and shin tools. Note that the knees are single jointed, not the double jointed type. The single joint hides the pin holes on either side of the leg. 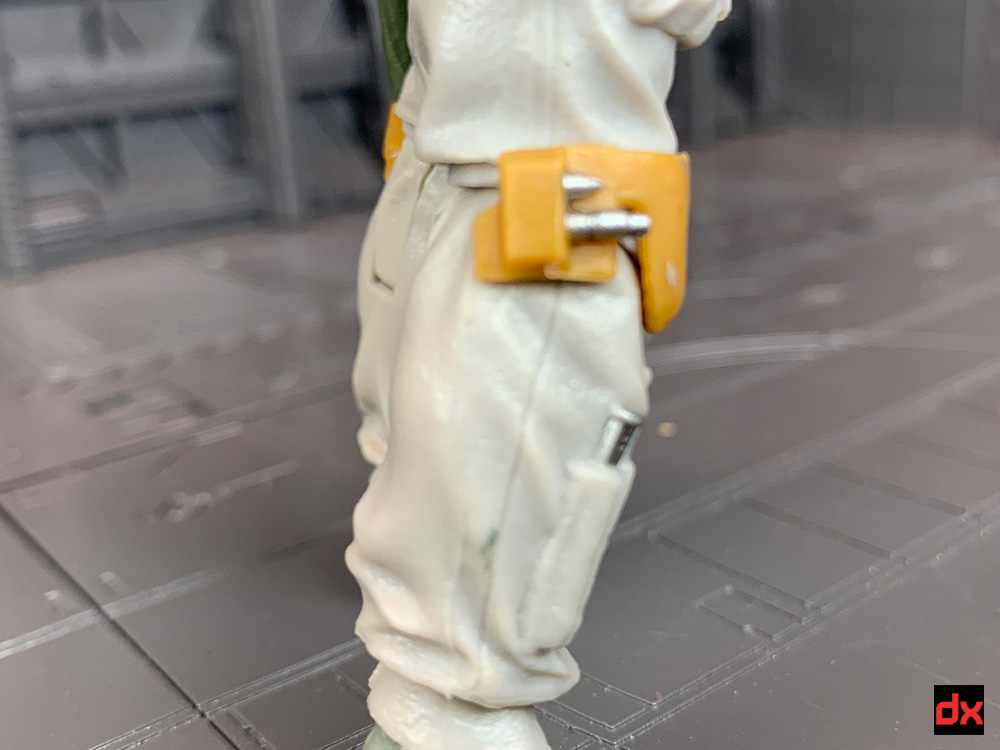 I do wish these came with extra hands so he wouldn't permanently look like he's holding a weapon when there is no weapon. We get blast effect parts, but not extra hands. 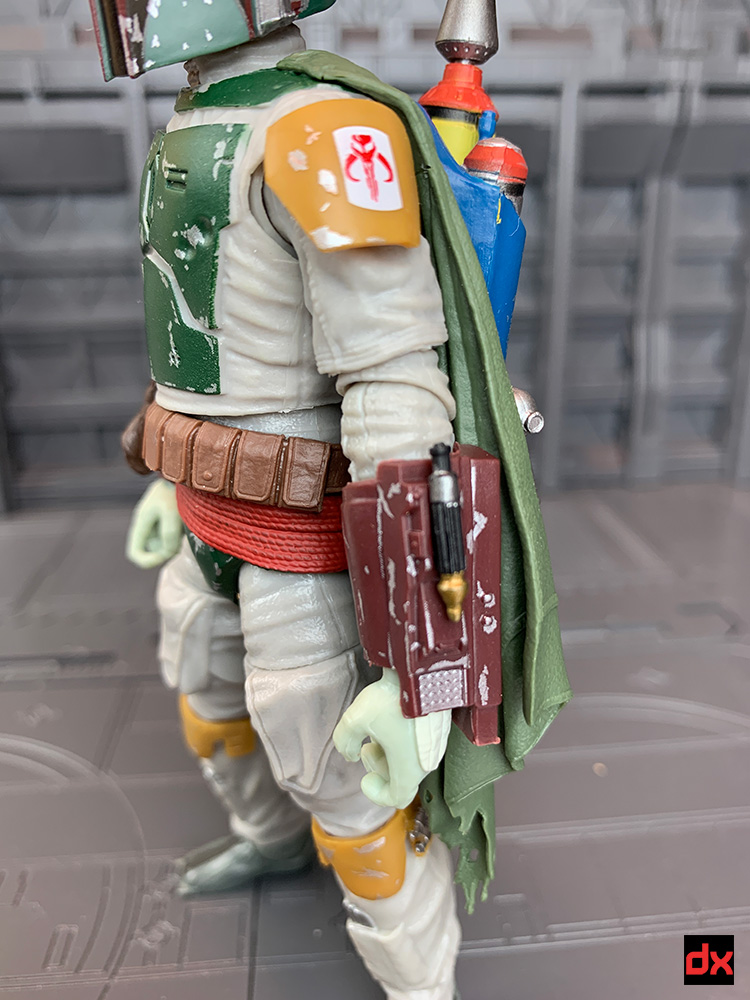 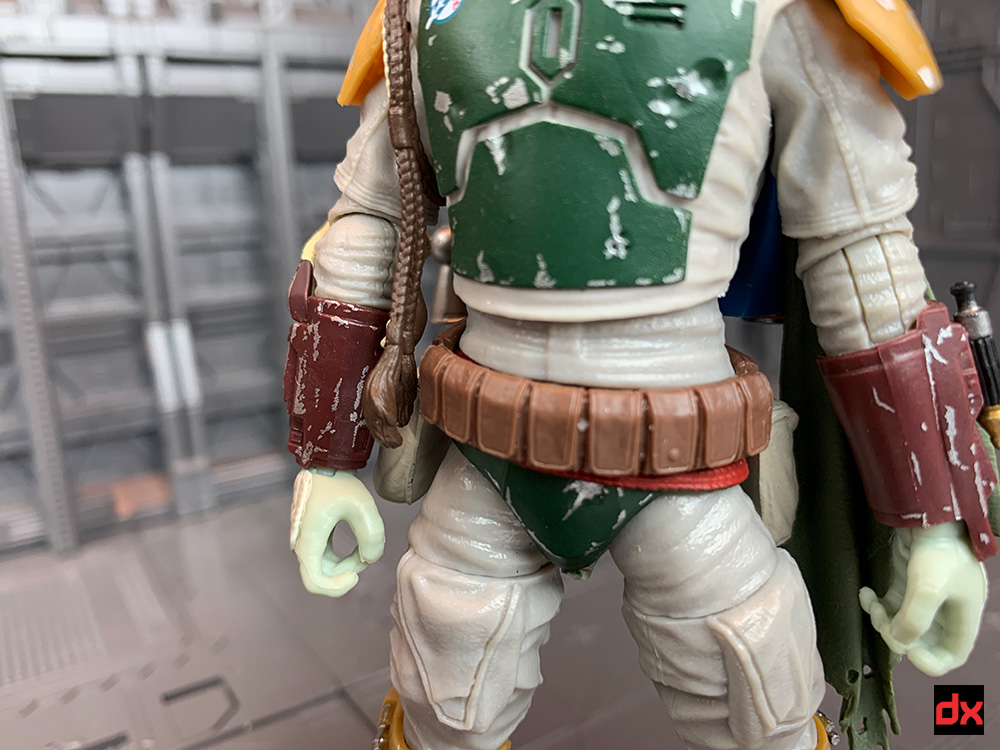 Two blasters are included. This is the "complete" blaster, and Boba can hold it with both hands. 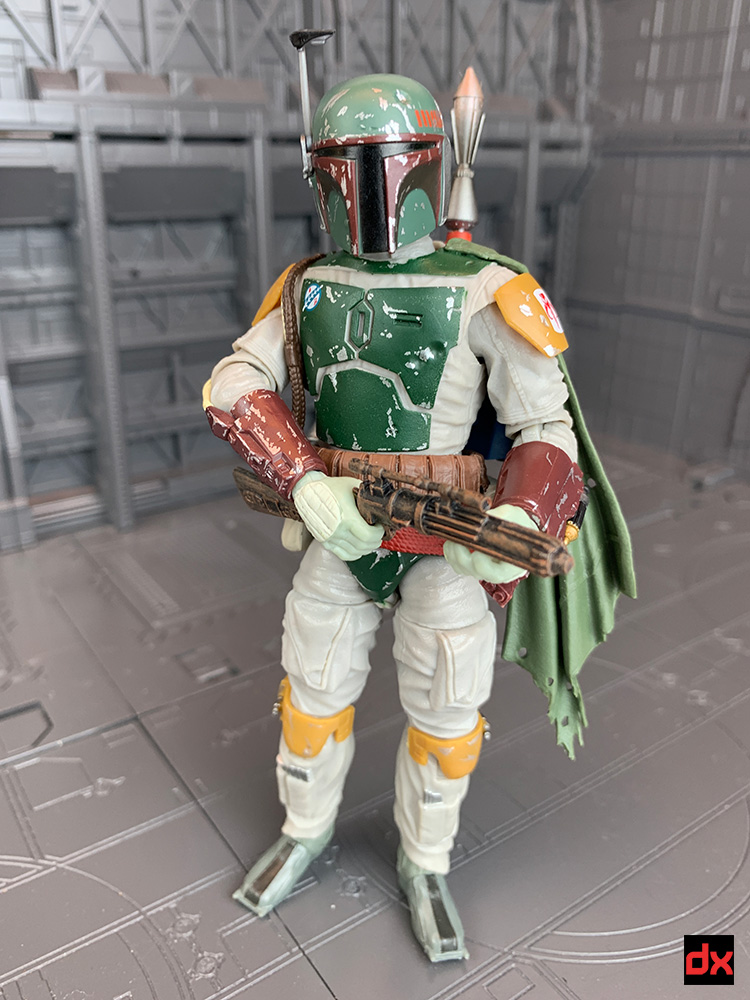 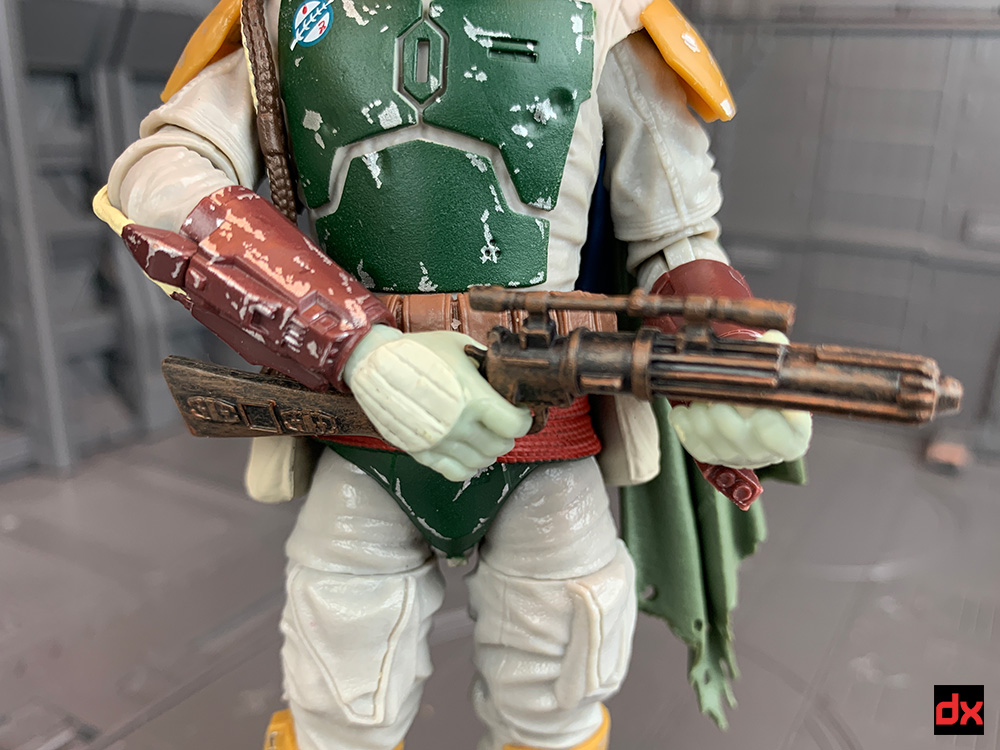 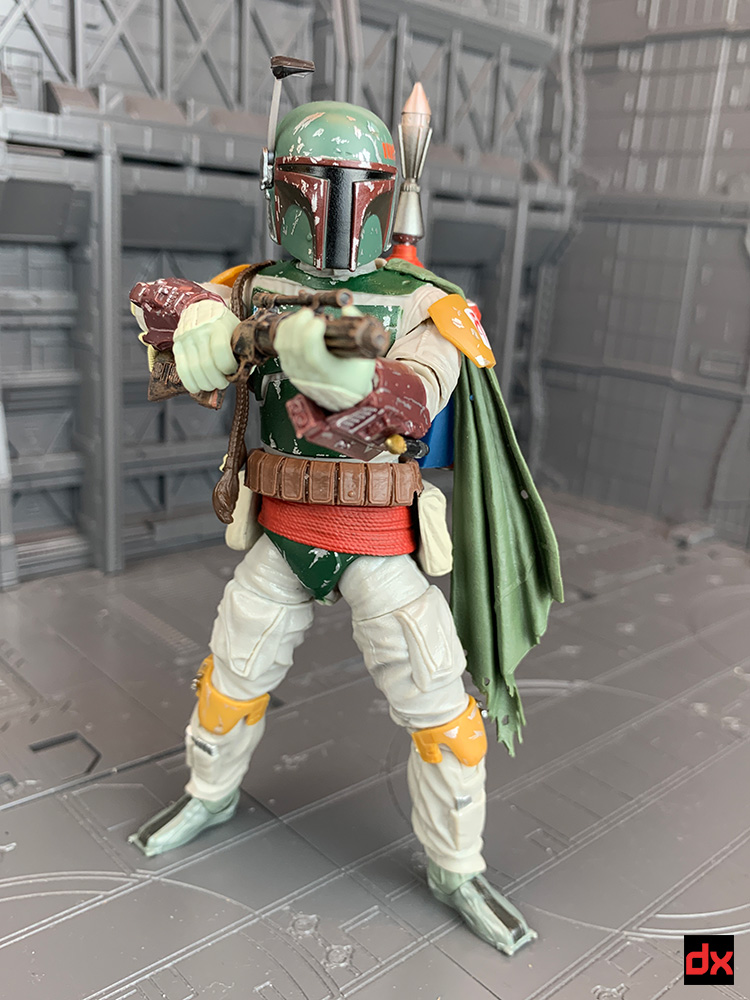 A second blaster is included to replicate that time Luke Skywalker sliced it in half. 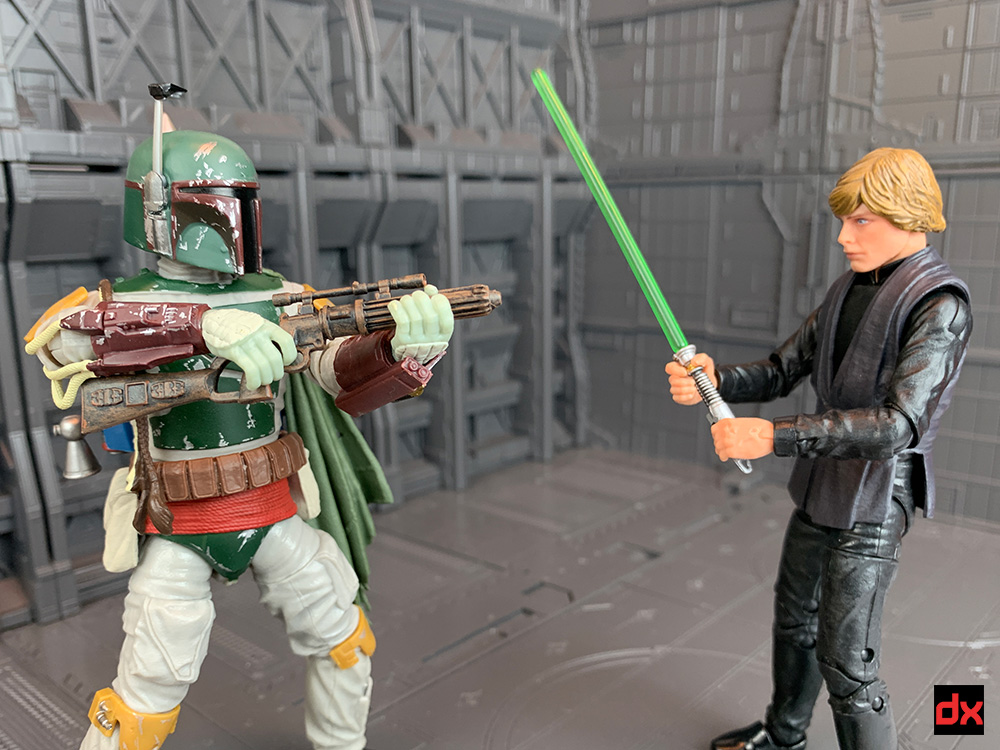 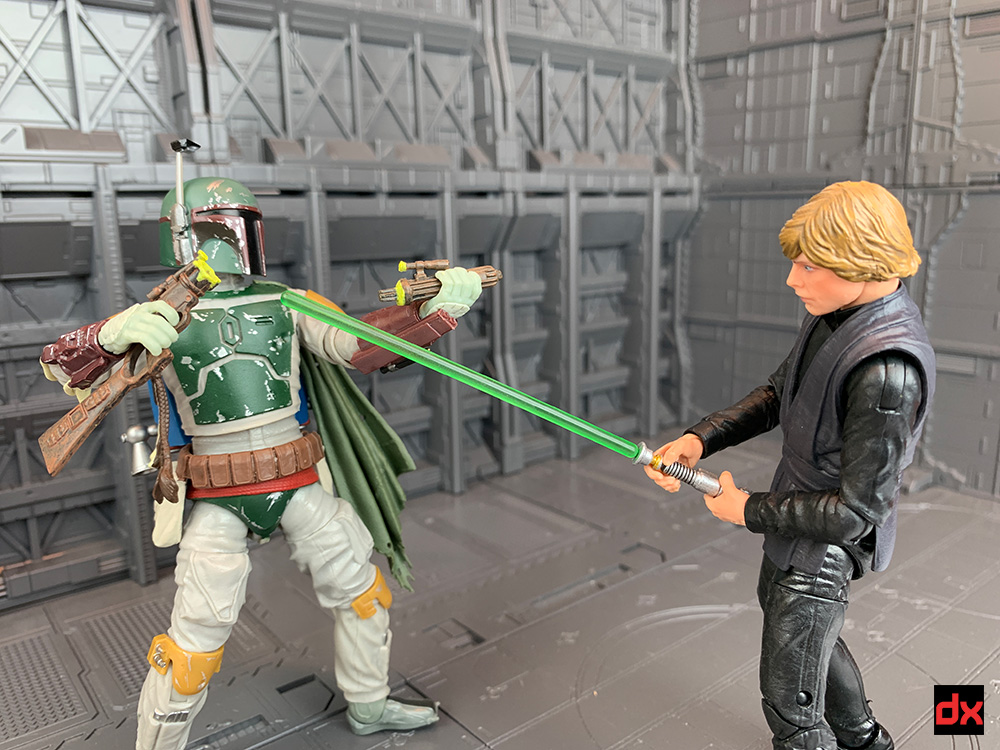 Boba comes with a Lasso to tie up Luke 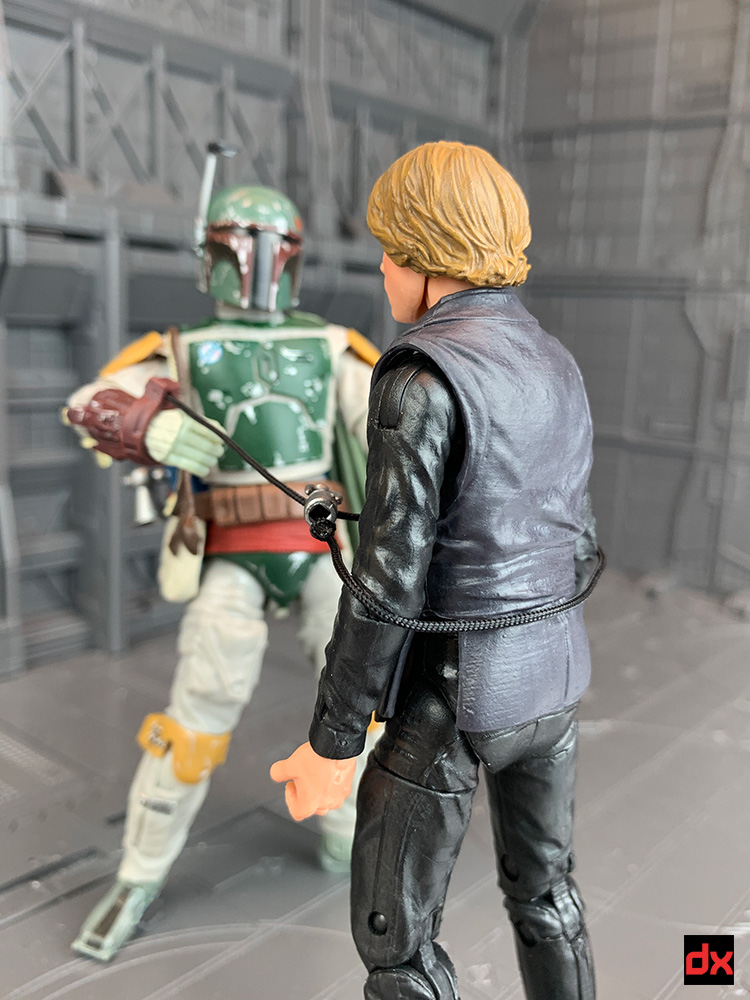 And an effects part for the flamethrower. 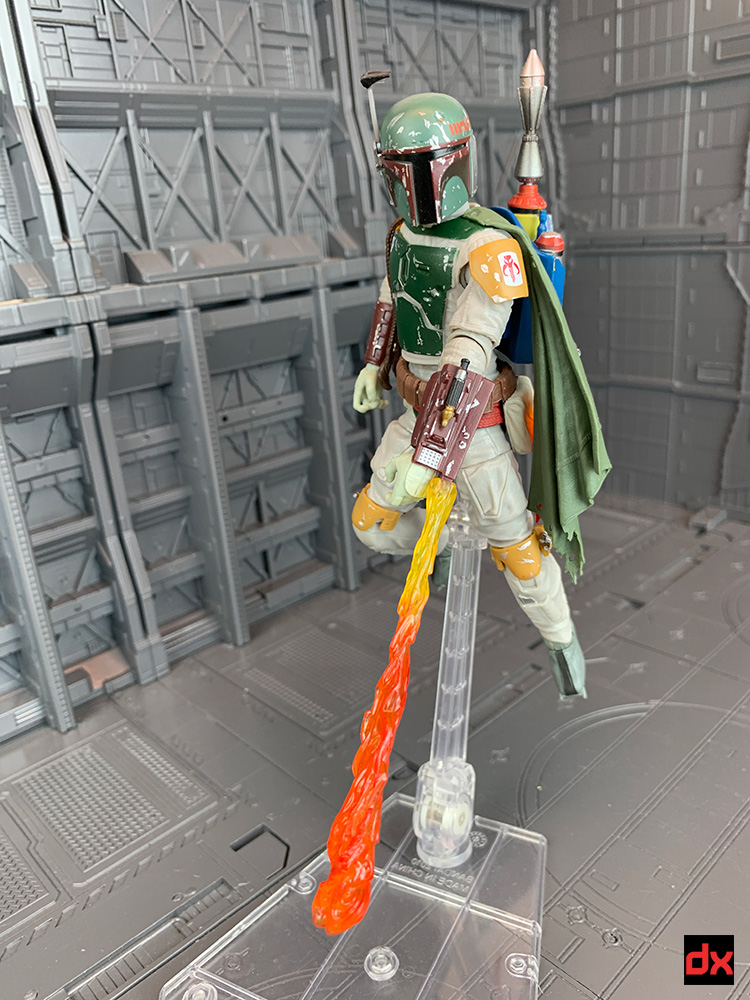 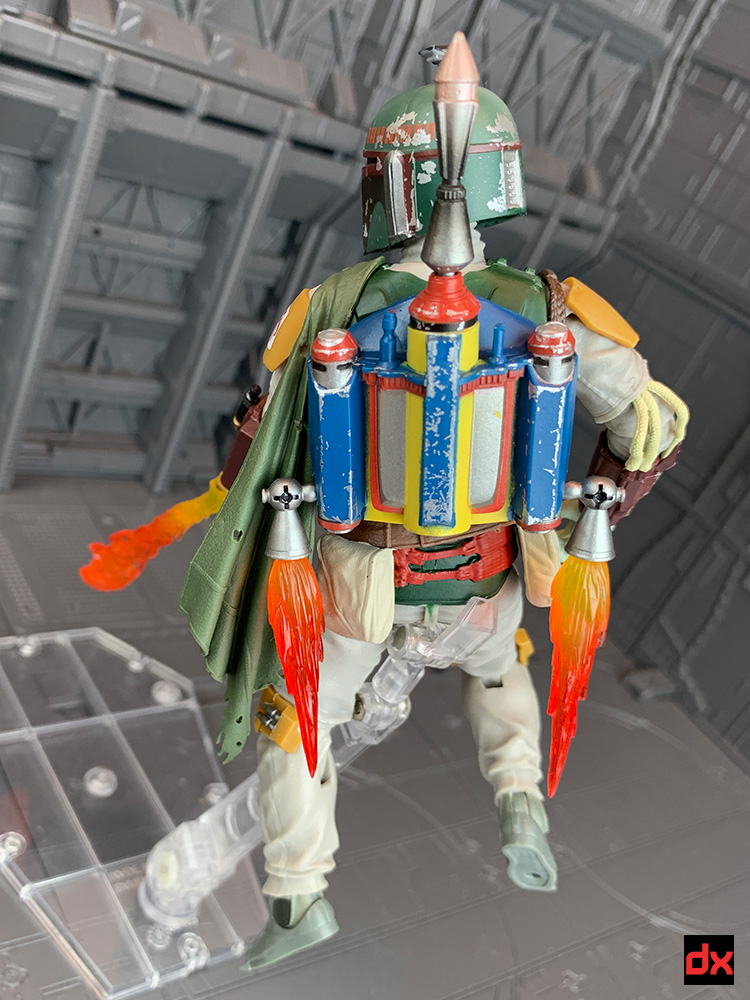 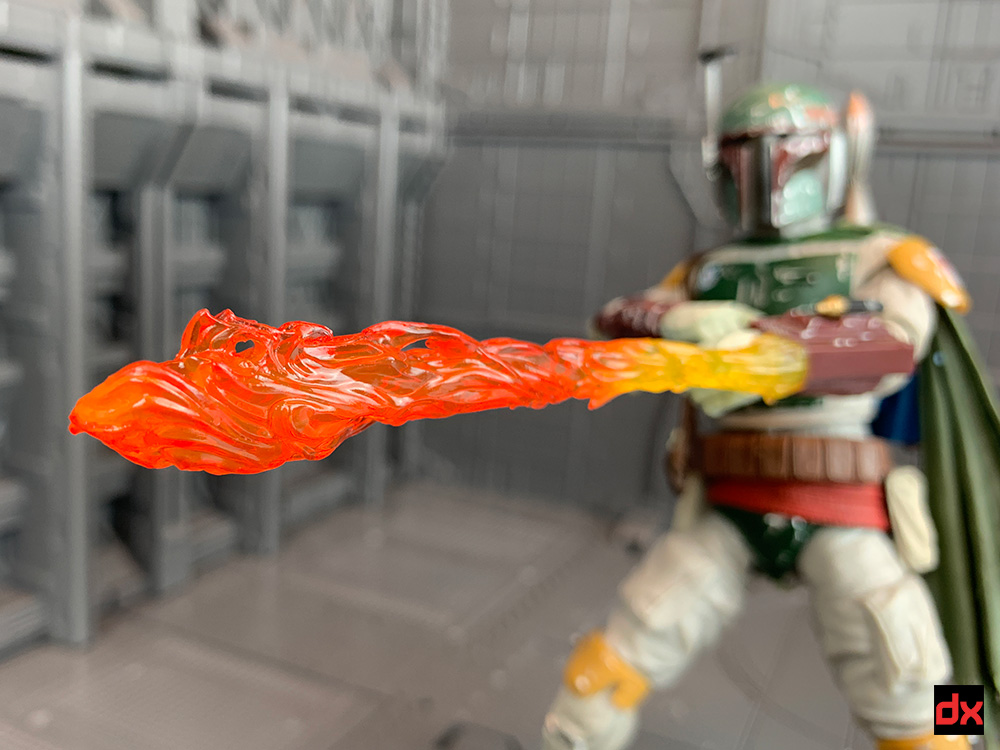 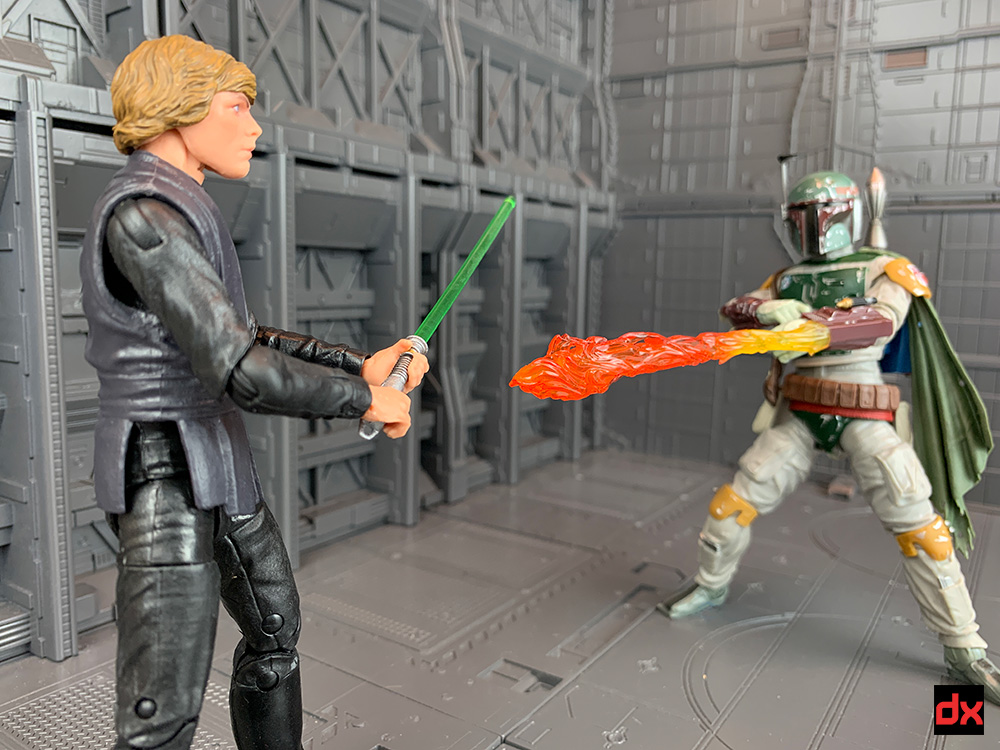 Boba Fett just looks great. He's a deluxe figure, so he'll set you back 29.99, but with all of the extra accessories I think he's worth it. 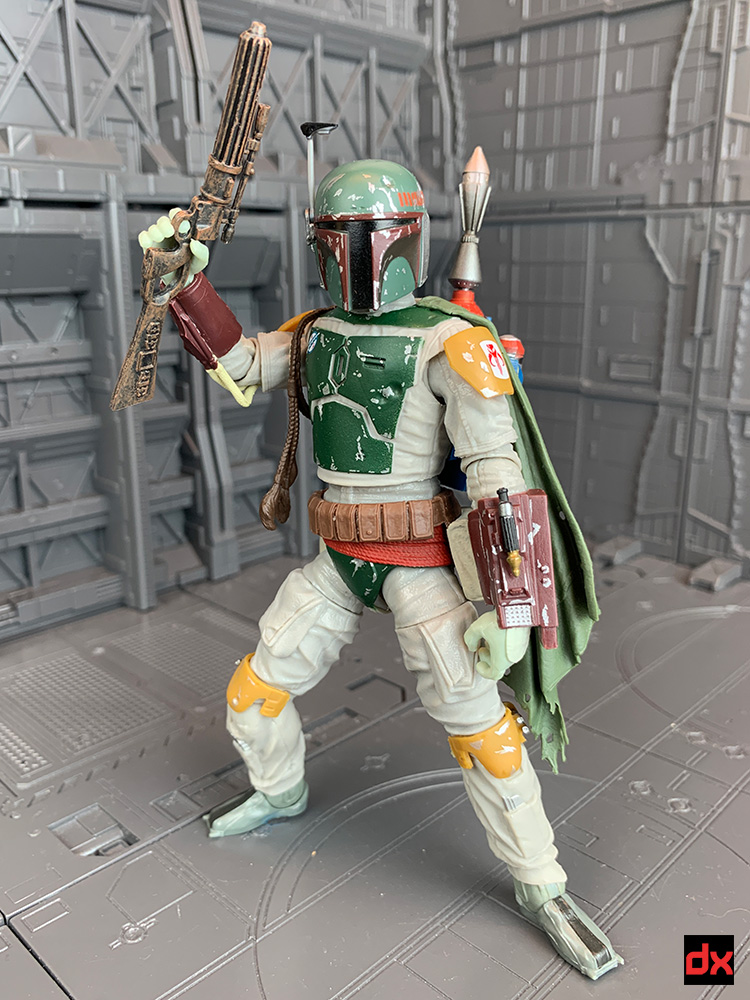 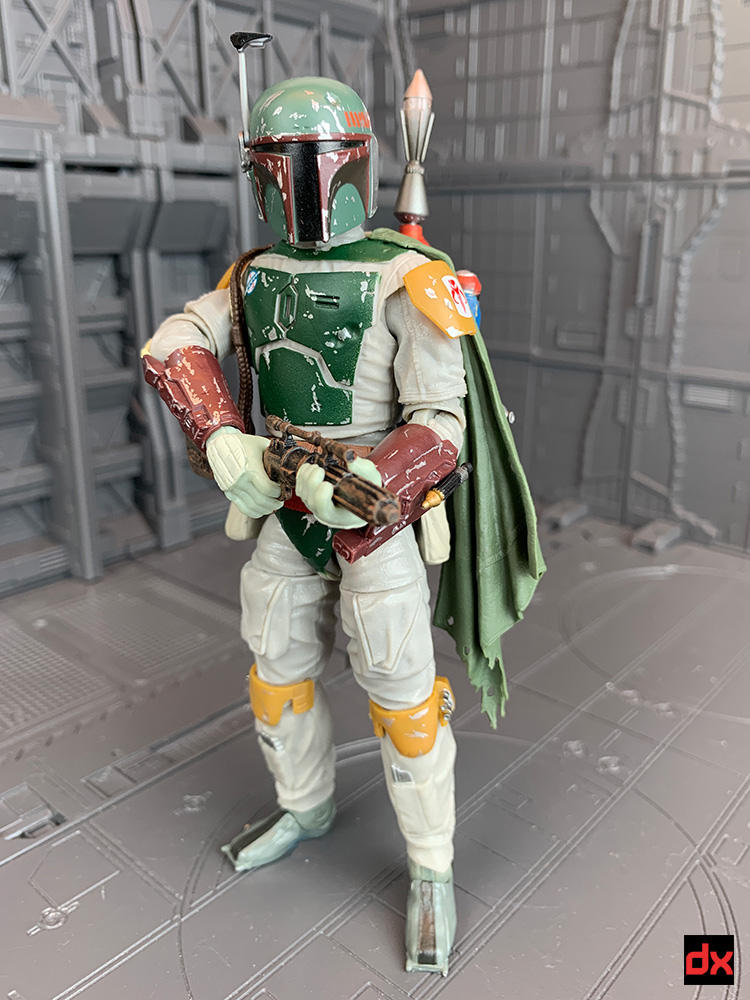 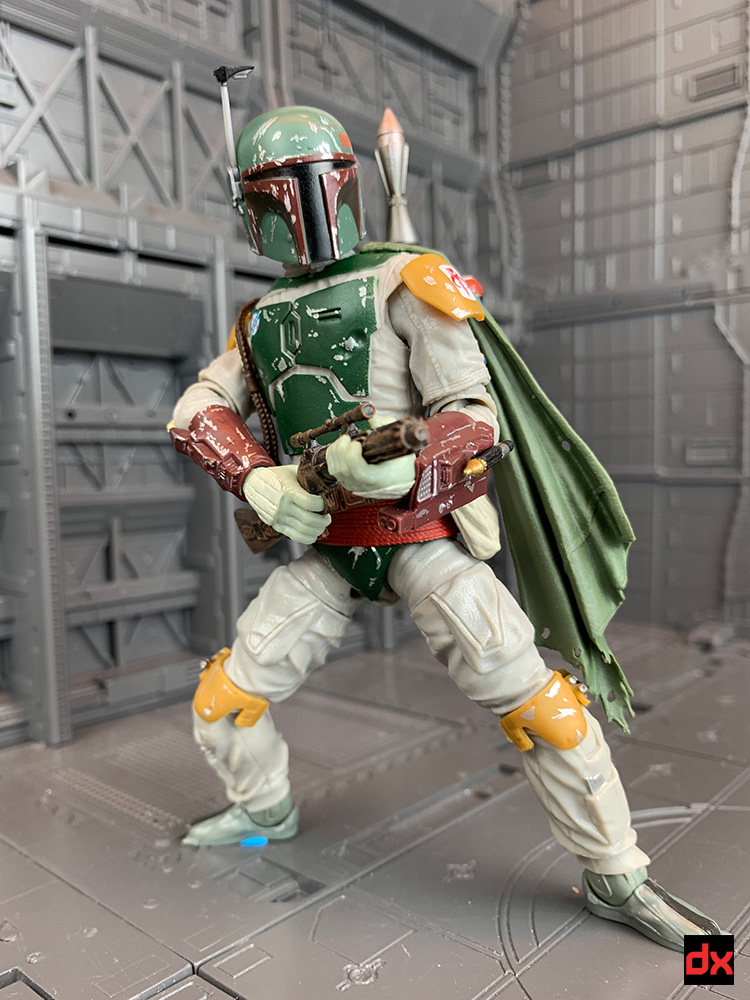