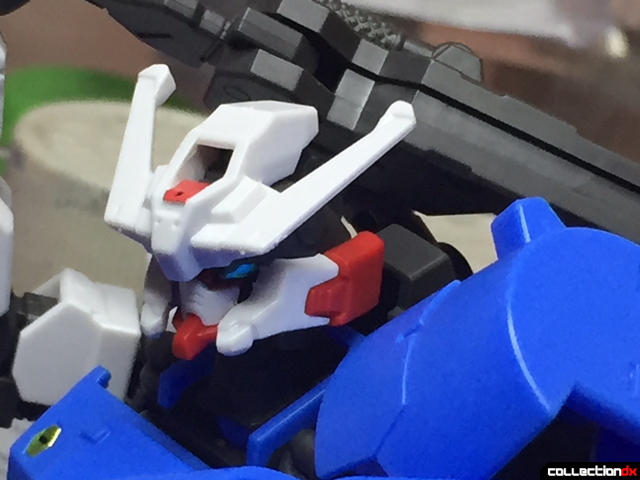 The high grade Gundam Astaroth from "Gundam iron blooded orphans" has to be my favorite design from the entire series not only because of it's interesting backstory explaining it's appearance, but also because of it's appearance itself. It's so interesting to me that a mobile suit can look as asymmetrical as a design could be but at the same time, look more like a traditional gundam than any other from the series. But does this kit live up to it's intriguing design?

The high grade Gundam Astaroth is a very detailed and colorful design that is represented perfectly here. It is barely missing any important detail and looks almost as dynamic straight built as it would if it were painted. The abstract design does not suffer at all in this 1/144 scale interpretation. 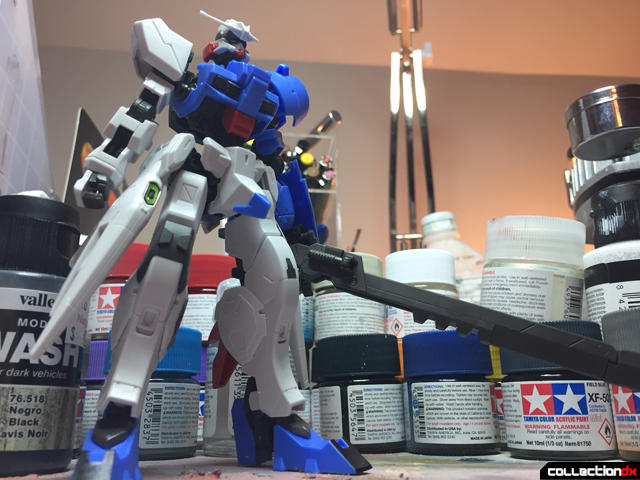 Articulation is standard, same as any high grade iron blooded orphans figure with one notable exception. The Astaroth features a large secondary hand acting as a shield on the left arm. While it looks great, I wish it could make a fist because, the articulation it does have is kind've pointless. 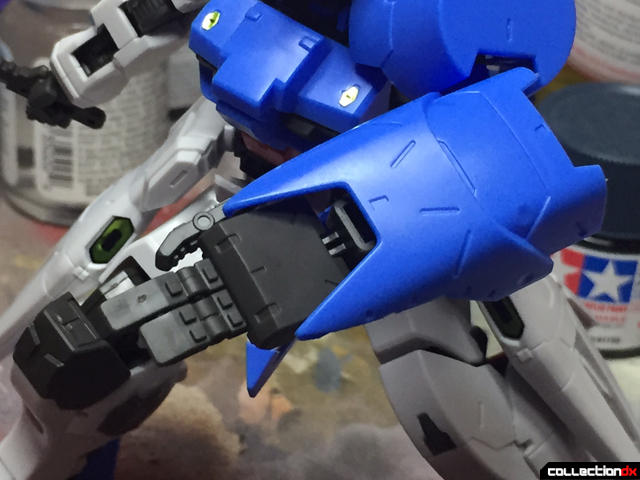 Accessories are all well designed, and the kit can hold all of them very well. Astaroth includes a small knife and a machine gun for sidearms but the main focus here is the impressive collapsible sword that is taller than the kit itself. It can store on his back or be unfolded for use. A second handle is included so the figure can actually hold such a comically long sword which I really appreciate, considering the last high grade iron blooded orphans kit to come with such a weapon (Kimaris) couldn't even support the weight of it's weapon. 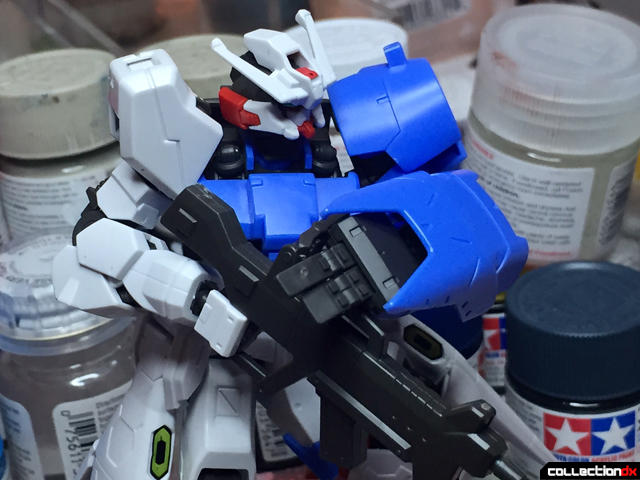 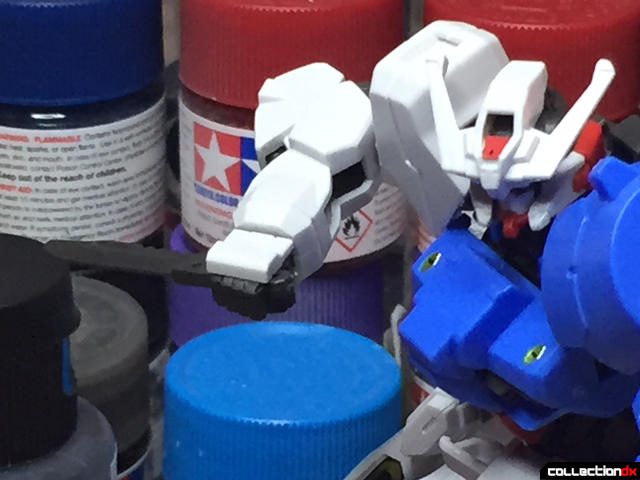 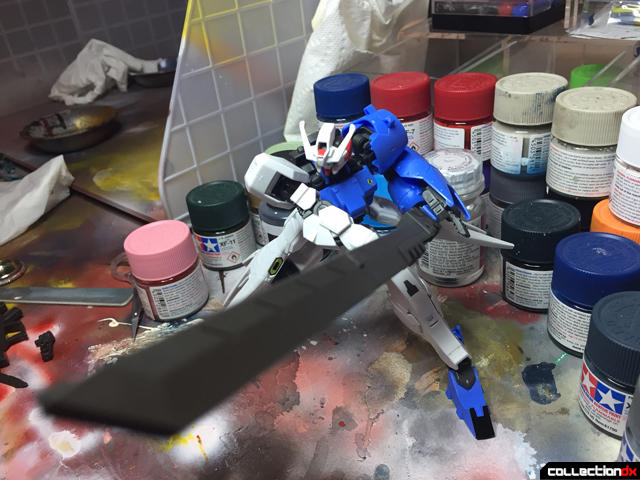 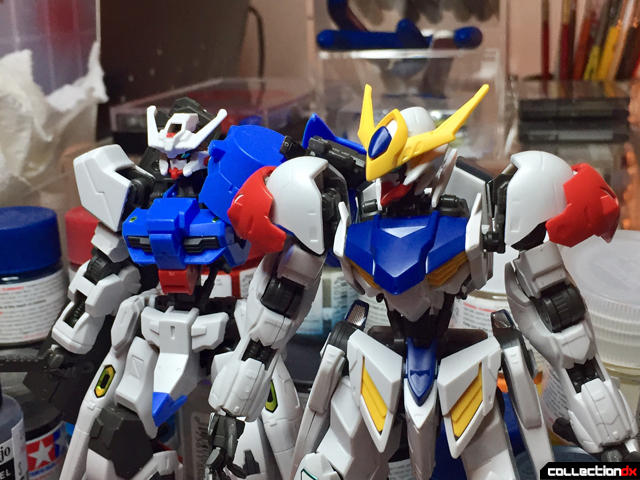 Overall, I really couldn't be happier with a high grade. Accurate details, good articulation, and really cool accessories make the high grade Gundam Astaroth a kit that can not be missed. 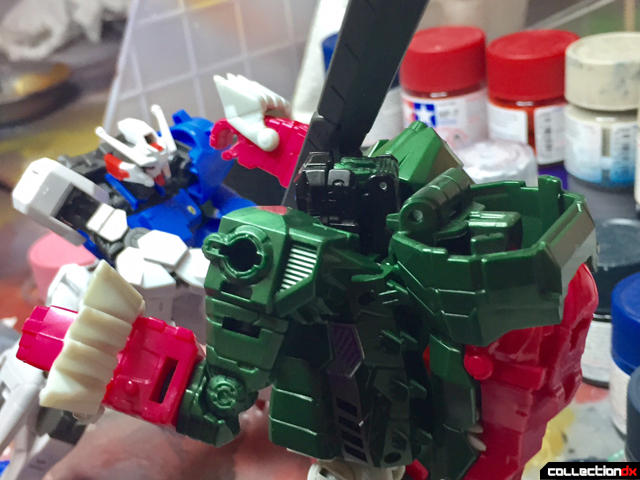 The hand-shield has one of my favorite hidden bits of Gunpla engineering. It's designed so that the thumb and fingers can be assembled as either the left or right hand... which means that buyers have an incentive to get two and equip one of them with both hand-shields. It worked on me...