Grimlock was a fan favorite back in the 80's and has been reinvented for the newer Transformers Classic line. You can see the transformation for him at the end of this review in the included video. 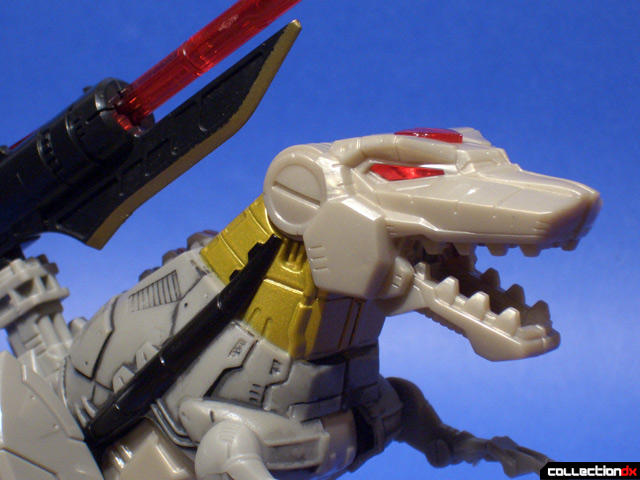 In Dinosaur mode Grimlock makes an excellent Tyrannosaurus Rex. Looking very much like the original 80’s toy he stands about 6 inches tall with a great deal of pose ability. The rear legs swivel out and have 4 joints each. The arms up front have nice range of motion but are otherwise in a fixed pose. The head swivels up and down and the jaw opens and closes. He features a very effective light pipe in the head to make the eyes glow, one of the best in the line I have seen yet. 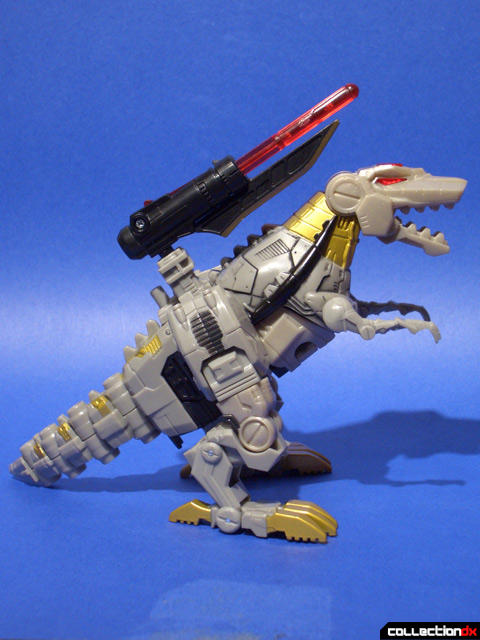 In robot mode he is 6 inches tall again and is highly pose able as well, however the plastic combined with the design of the foot in this mode make it hard for him to hold any extreme poses as he tends to “slide “and fall over. His arms are also a bit limited; the design makes them these huge thick forearms with fixed pose hands, which works well for the character design but not for articulation. 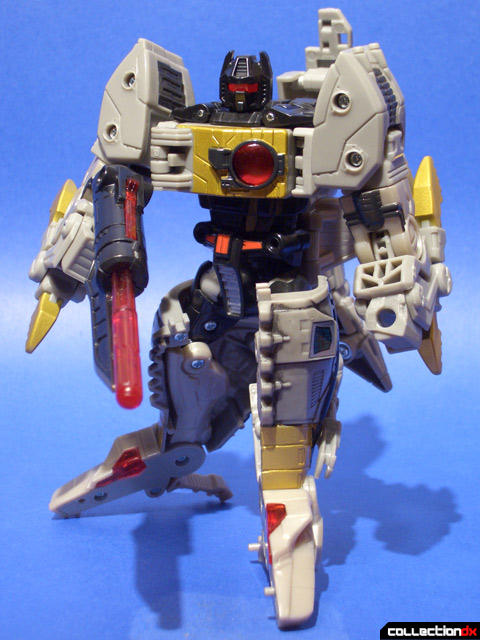 Grimlock has a bit of an odd transformation and cheats with part of him being a removable shell. Granted you are supposed to be able to use it as a weapon but I think it just looks silly. The chest/arm section is not intuitive and takes a couple tries before you get it, but once you know what you are doing it is not a big deal. 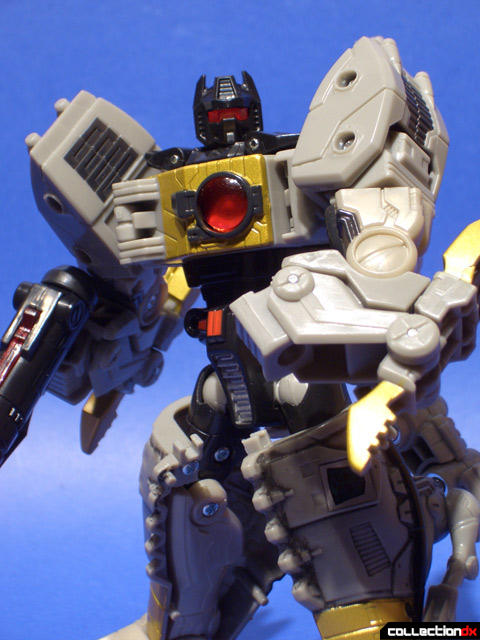 As far as the rest of the weapons, you get a rocket launcher that fires and also sports a nice looking sword in its design. This can be mounted in dinosaur mode to fire off his back or in his hands in robot mode. A nice touch, keeping the original toy in mind while doing something new at the same time. 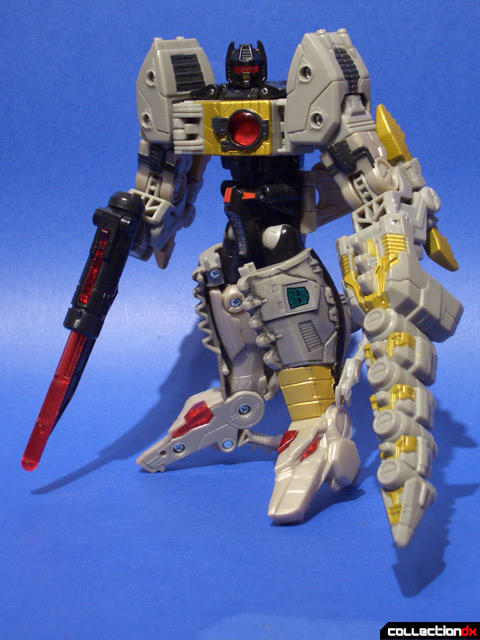 Overall, it looks good in both modes and does make a great toy and I am sure a kid would love it. As far as an adult collector goes, I think the sliding thing would get on your nerves but the robot mode looks good and dinosaur mode is great so if you’re a fan it’s worth the cost for all others it might be a pass.

Great reviw, it is cool, but I still prefer G1 Grimlock. Why can they not just stick to the basic design of the original and make it better like Yamato did with the Macross Valks.