I was initially disappointed in the fact that I was getting a Voltron lion that does not form a part of Voltron. That's sort of like a Transformer that doesn't Transform. But it turns out that it's a fun little action figure.

The Green Lion comes on a blister card, again with numerous twist ties holding it into the packaging. I much prefer this packaging to the "try me" package of the sword attack lion. 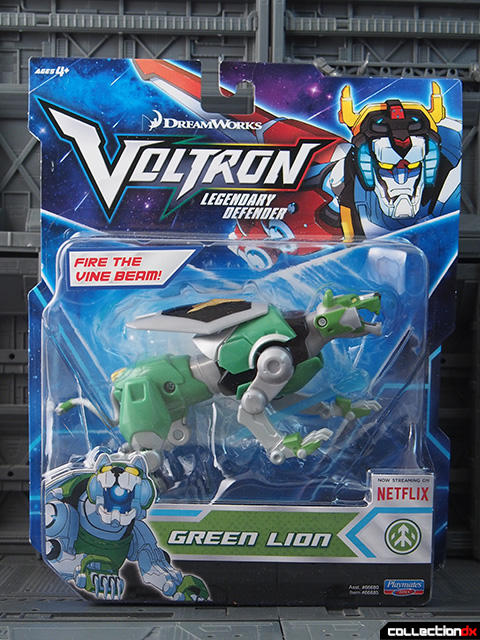 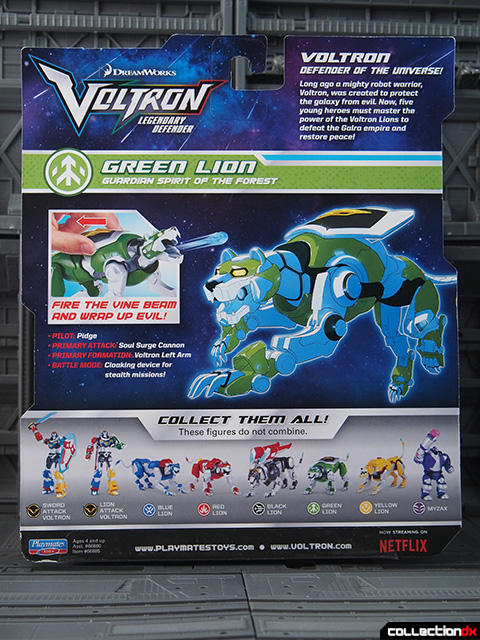 The sculpt is nice, and much more accurate to the actual proportions of the lion in the show. 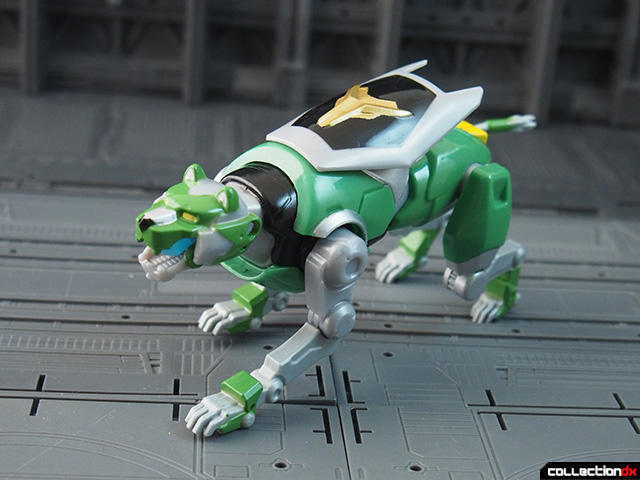 All of the limbs move at the body and the knees, but sadly no joints in the ankles, This makes your choice of poses limited. The joints do make a nice clicking noise when moved. The tail is on a hinge, but that's it. There's no waist or neck joint due to the missile firing gimmick. 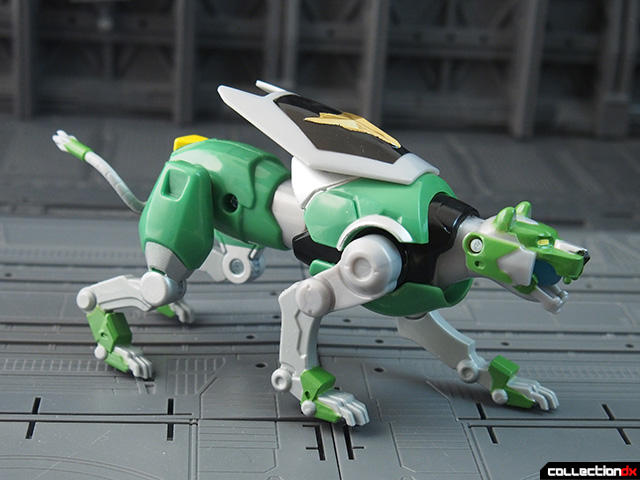 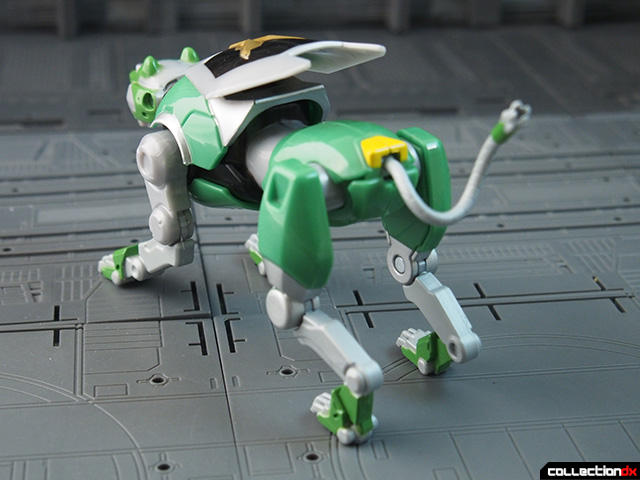 The missile gets loaded through the mouth and can be reasonably concealed. 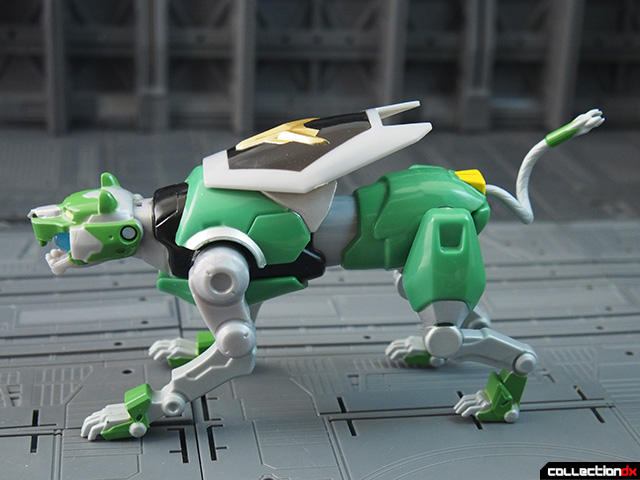 The launching action features a two part activation. For the first stage you have to pull back on the shield to open the mouth of the lion. It took me a minute to figure out because it looks like you are supposed to push down. Pulling back is not intuitive. 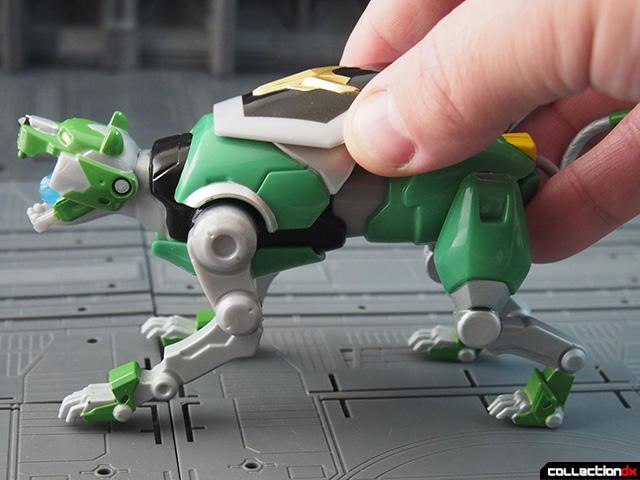 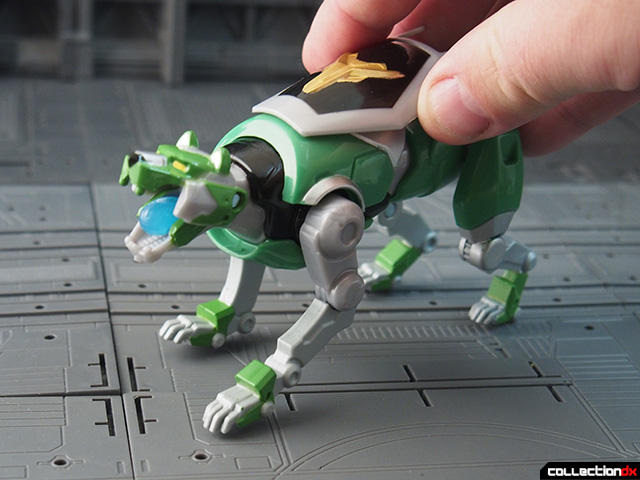 Pull the shield back a second time to launch the Vine Missile. 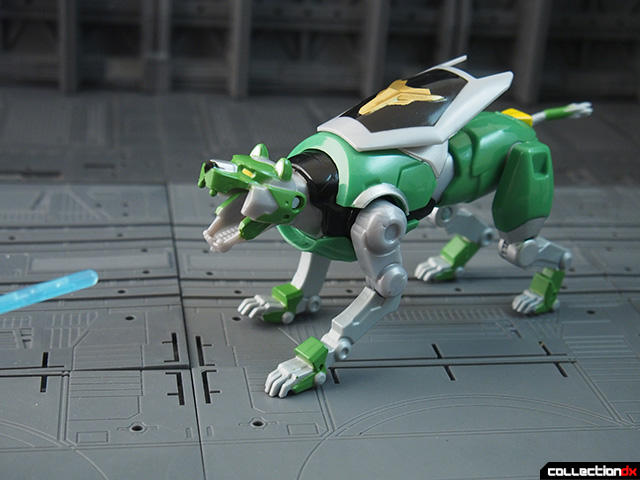 Again, at ten bucks it's a fun kids toy. It's not really collector-quality but collectors will like it anyway if they can get over the fact that it is a stand-alone toy and does not form Voltron.