Grand Moff Tarkin was the first "new" character made into an action figure since the vintage Kenner toy line, a fact proudly announced on the front of the card. 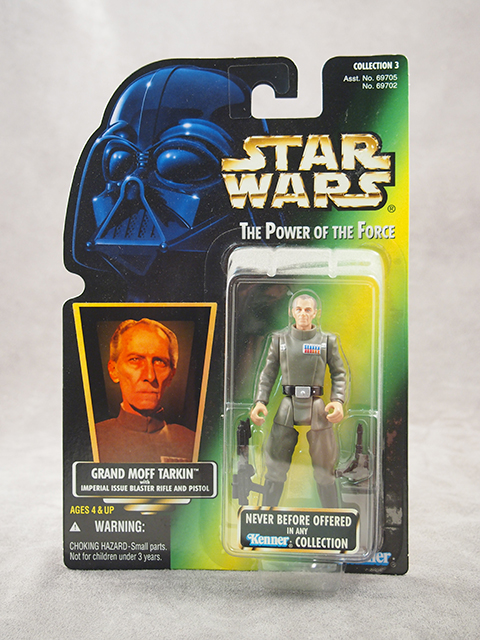 Check out the Holo sticker on the card. These denoted later releases, and often had a ".01" added to the end of their serial number. The foil sticker was easily removed. However as collectors at the time, any silly variant sent us into a frenzy. 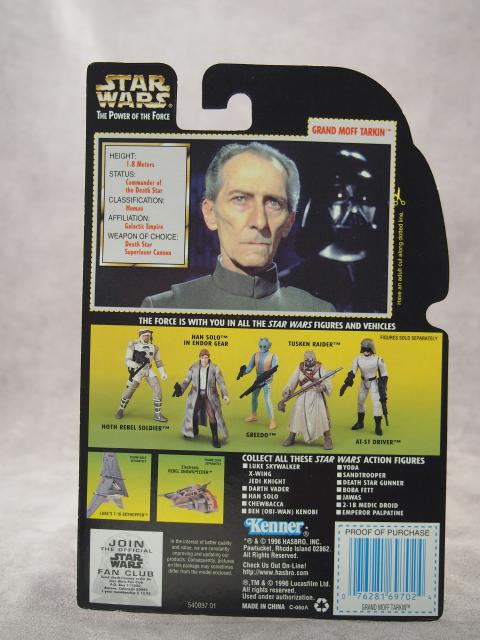 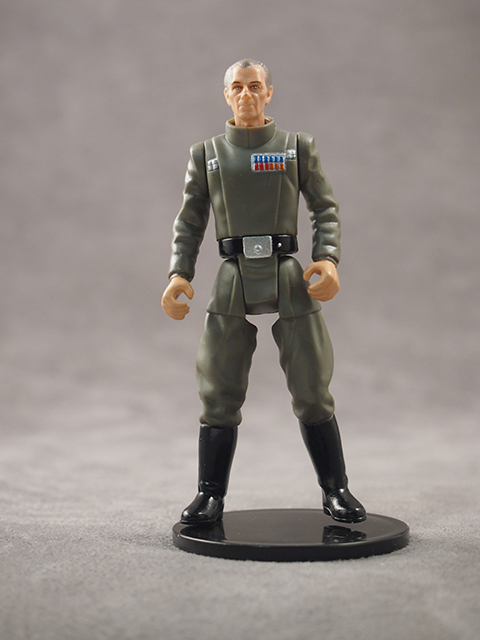 While it was great to finally get Tarkin as a figure, it's kind of a terrible figure. Kenner was still trying to make "heroic" sculpts, but with an aging Peter Cushing playing the role, it was hard to pull off. His outfit looks odd - too big around the neck, the stance too wide, and a weird gap at the crotch. We really just wanted a neutral pose Tarkin to stand next to vader. We got this. 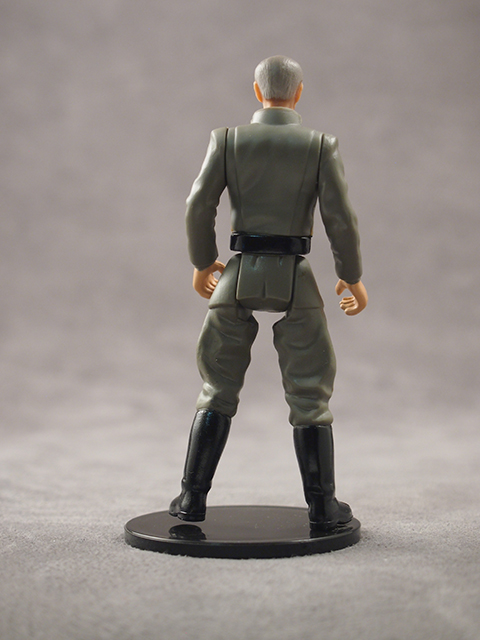 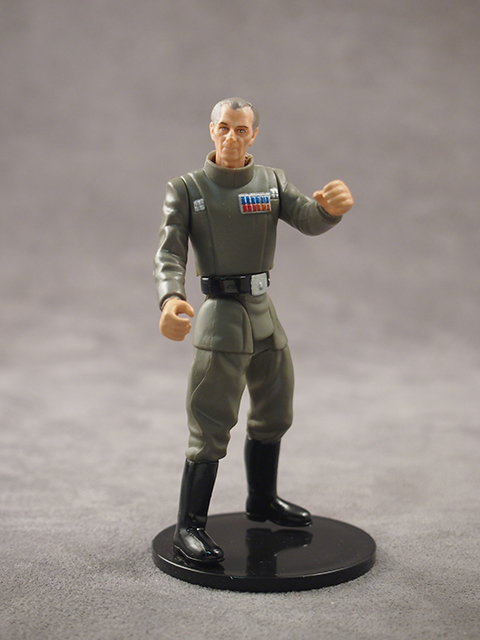 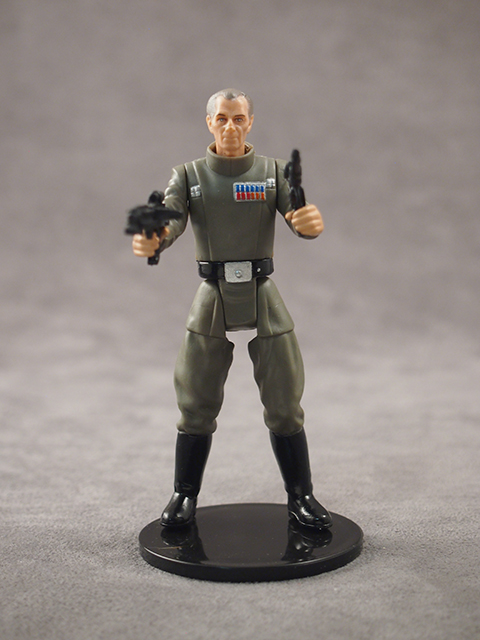 Remember that time Tarkin had a blaster in each hand and fired them Chow-Yun Fat style? Me neither. 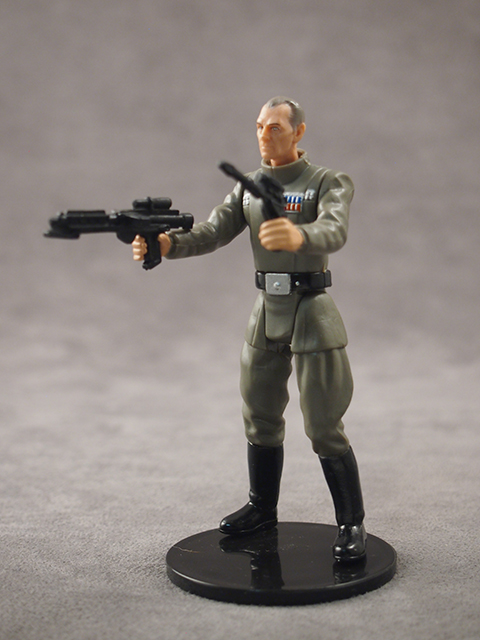 It was a weird time in Star Wars collecting.

Tarkin definitely falls more into the same lines as Obi-Wan in the early waves of Power of the Force 2; he's a lot more slim figure, but he's still got some odd proportions in the form of the giant gorilla hands that he needed to hold his oversized accessories. His head sculpt is great, but the rest of the body looks a bit weird next to the Commtech series Admiral Motti.