We know there's a rich history of making every little background character in Star Wars into an action figure, but usually that occurs later on in a toy line. But with The Force Awakens, the toy makers only could do a small amount of characters which Lucasfilm provided. This was due to the extreme secrecy surrounding the movie. As a result, you get characters like Constable Zuvio (which was cut from the movie entirely) and this blink-and-you'll-miss-him character, Goss Toowers. 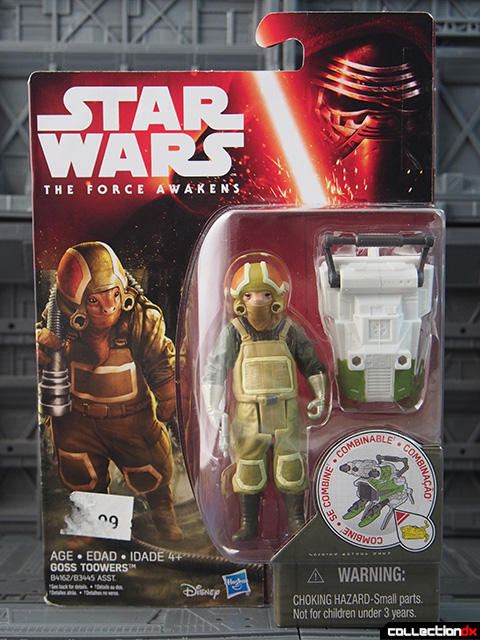 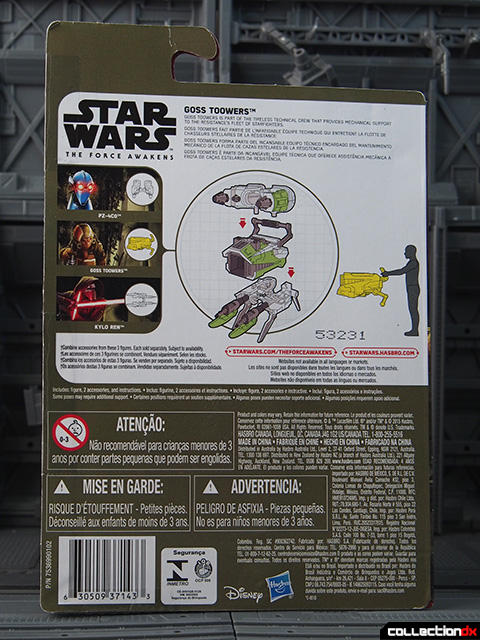 Apparently Goss Toowers is a mechanic, and you might catch a glimpse of him servicing an X-wing on the rebel base. 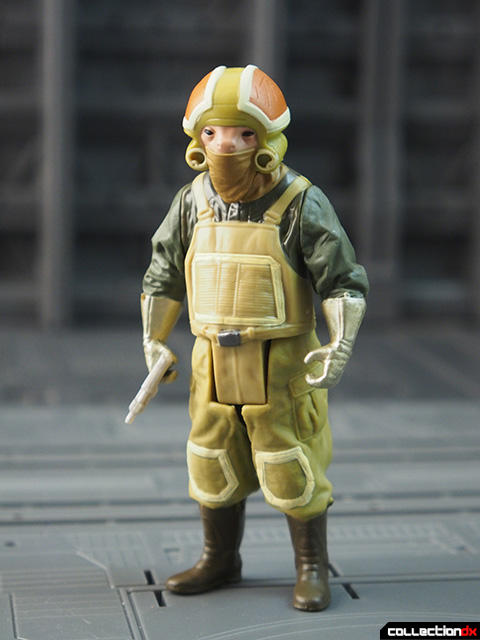 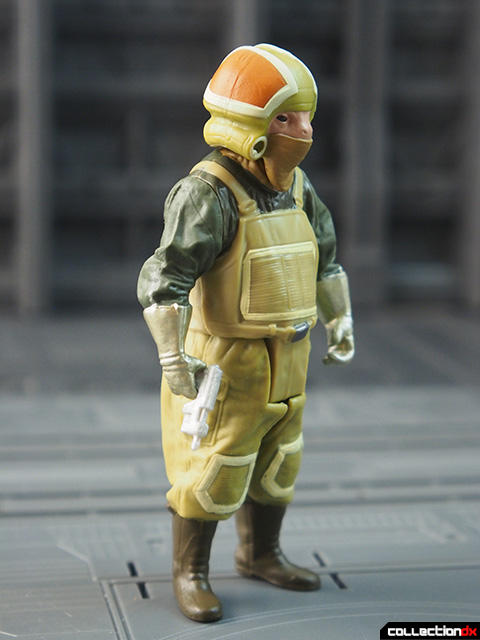 The figure is unremarkable but well done. The paint is good, detail is fine, and it comes with two accessories. First is a small pistol, and second is a large box which is part of their "build a weapon" gimmick. If you get the other two figures listed on the back, you can make a larger weapon. 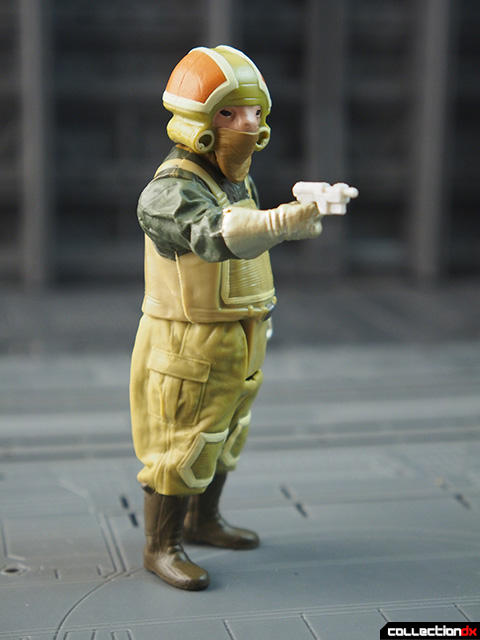 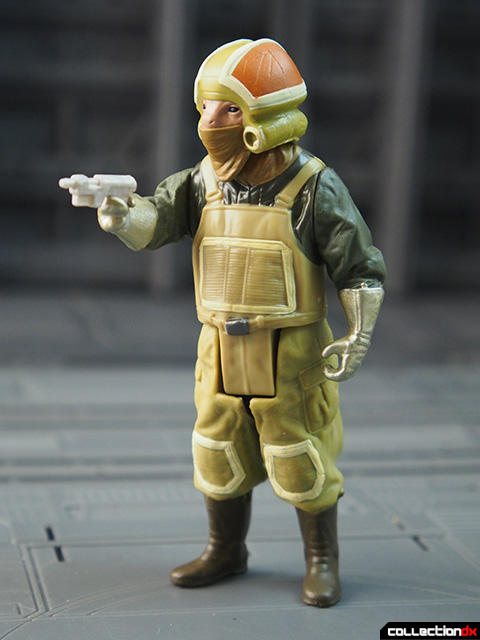 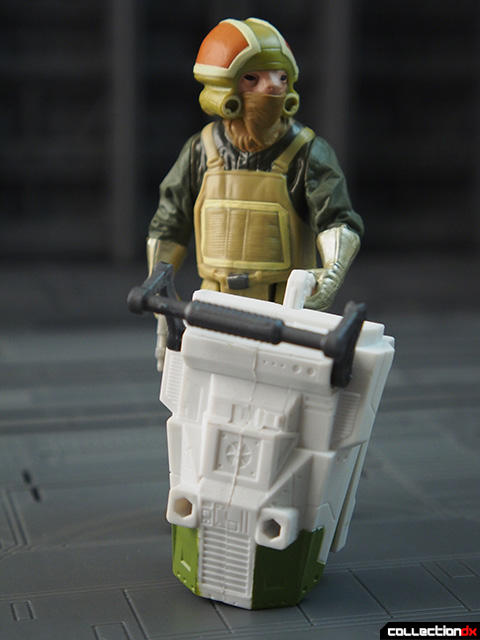 One thing I will mention though is the gaps around the leg area. These aren't as smooth or precise as they could be, even by vintage standards. 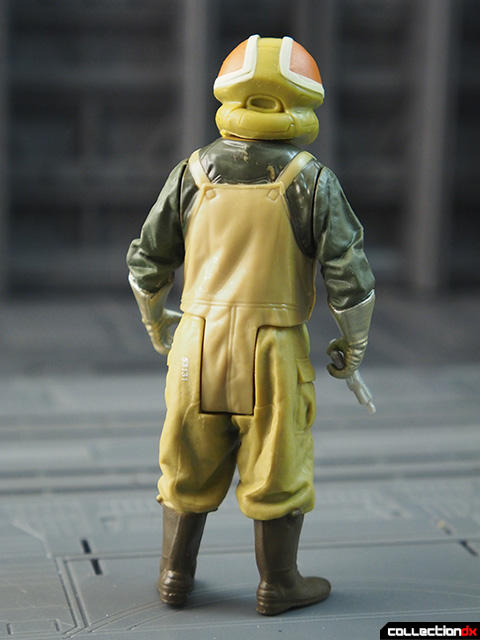 Goss Toowers is available at Amazon.com