A lot of people have been down on the Mego revival, but based on this Gorn figure I don't see what the hate is about. This is a solid figure that fixes an age-old injustice.

Mego is a company founded by Marty Abrahams. I know this because Marty won't let you forget it. No other toy company, aside from McFarlane, has such a vocal guy at the helm. Marty wants you to know that he is the "father" of licensed action figures. Look, Mego was before my time, so I really don't care. I grew up on Kenner Star Wars, Shogun Warriors and Voltron. Mego was never my thing, and the vintage figures were just too much money for this adult collector.

But now that I have one of these modern Mego figures in hand? They are pretty cool, considering the price point. I will say that I don't care for most of the modern licenses. No, I don't want an Alice from Brady Bunch, but Dracula, Kiss and Star Trek I am in for.

So let's take a look at this modern MEGO and see what is up.

I also have to mention that this is not the first Gorn figure. The Vintage Mego made a massive mistake when they originally made the Gorn. The original toy was brown with a Planet of the Apes body and looked nothing like it did on the show. This version makes Gorn show accurate as he appeared in the Star Trek TOS episode "Arena".

Gorn comes packed on a blister card. The card back and bubble are exceptionally high quality. The card is super thick. 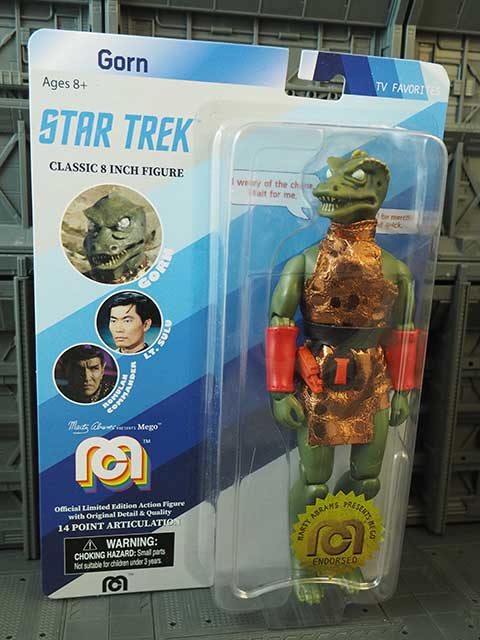 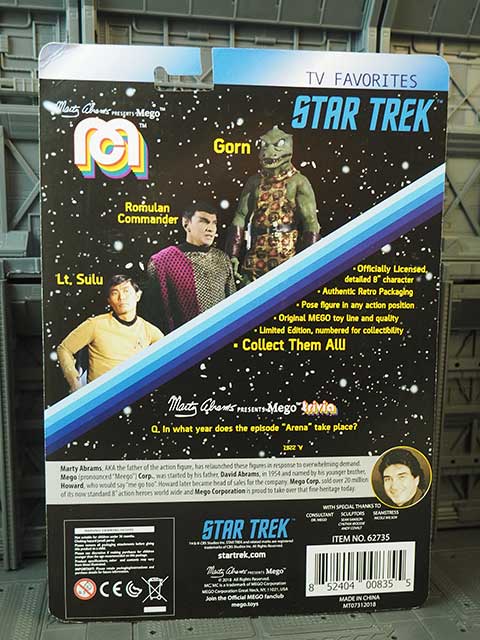 There's a lot of hyperbole on the packaging, and as a seasoned collector, it makes me want to run to the hills. The whole "limited edition" thing is bull, nobody is falling for that anymore. Other Mego releases have the number on the bottom of the gold sticker, but this one just says "ENDORSED" for some reason. The package is a noisy mess and should be torn open. The goodness is packed inside. 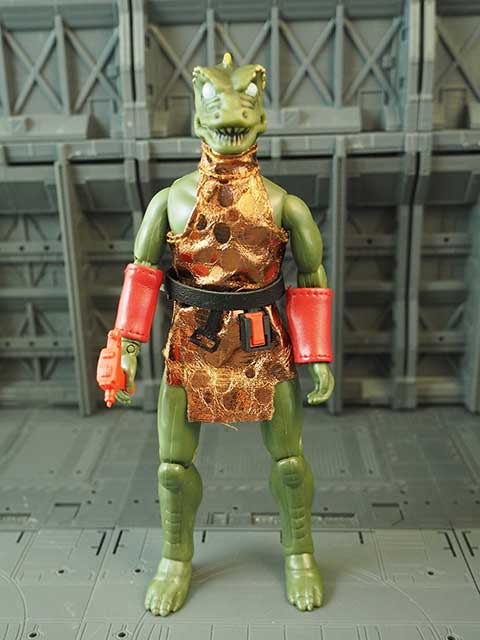 Gorn is a solid toy, and it makes me nonstalgic for a time I never experienced. The figure stands about 8 inches tall and is made of quality plastic with cloth coverings. Mego dolls are articulated by an internal rubber band system that hooks into the loops at the end of each limb, so each is held in place with tension and friction. The classic vintage toys have not aged well and have tended to dry out and break, so it's refreshing to play with a modern version of a "mint" Mego. 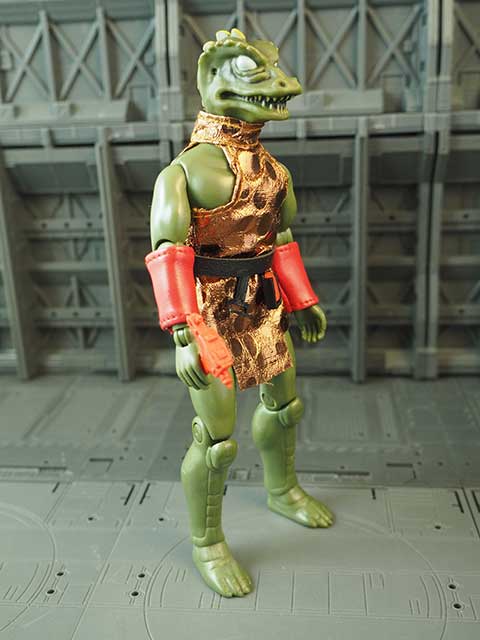 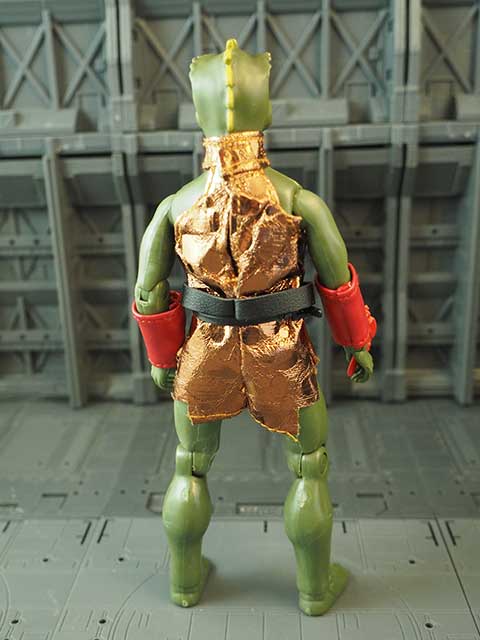 This Mego line is very different from modern action figures, but I still feel at just shy of fifteen bucks it's a great value. the figures have nice detailing, cloth outfits, and a variety of accessories. Gorn has a blaster that looks suspiciously like a Federation blaster, and some kind of square communicator. 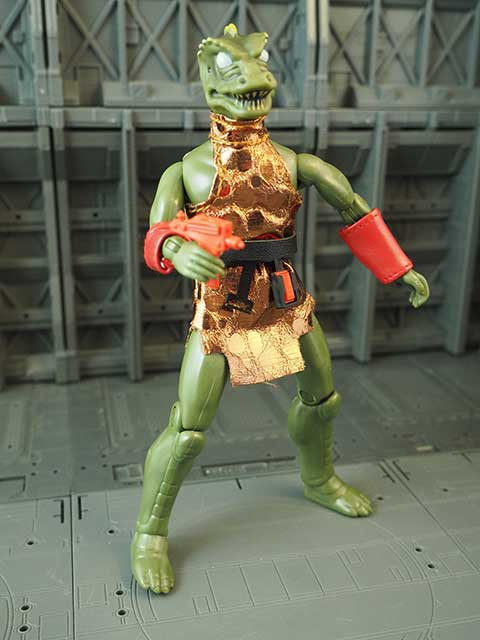 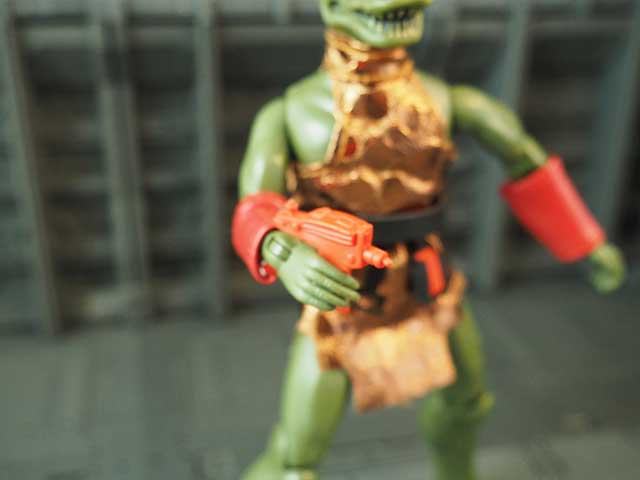 I'm not sure if the belt should be off to the side or what. The plastic belt that holds the gun is held in place with a tab, and there is also a cloth belt. Is the cloth belt supposed to cover it? I'm confused. 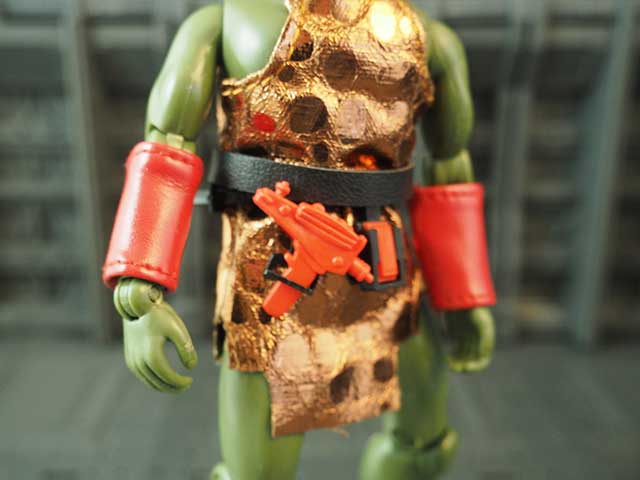 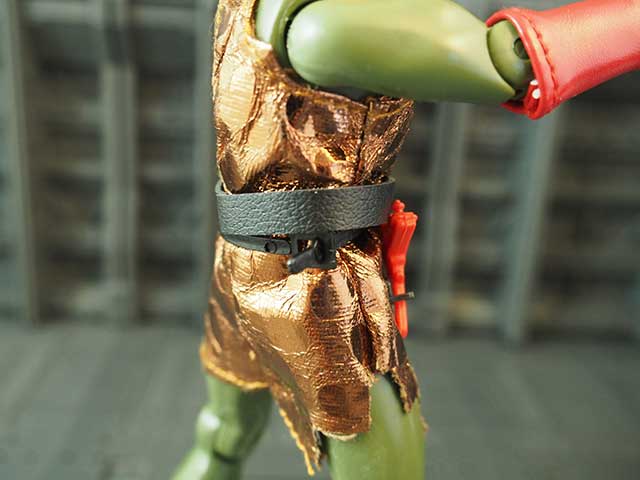 Gorn is much more articulated than I anticipated, despite the package proudly proclaiming "14 POINT ARTICULATION" 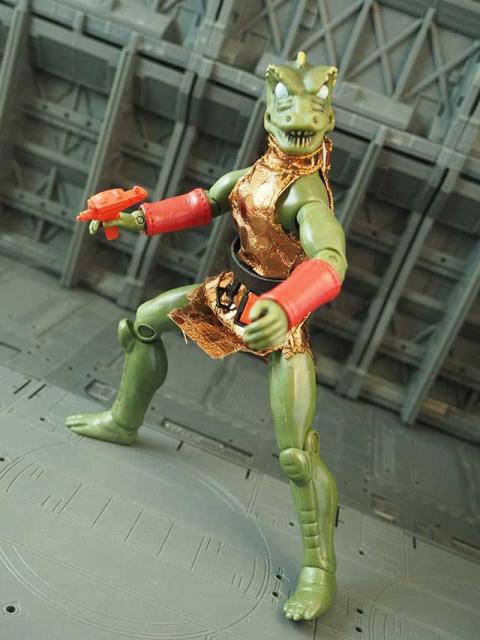 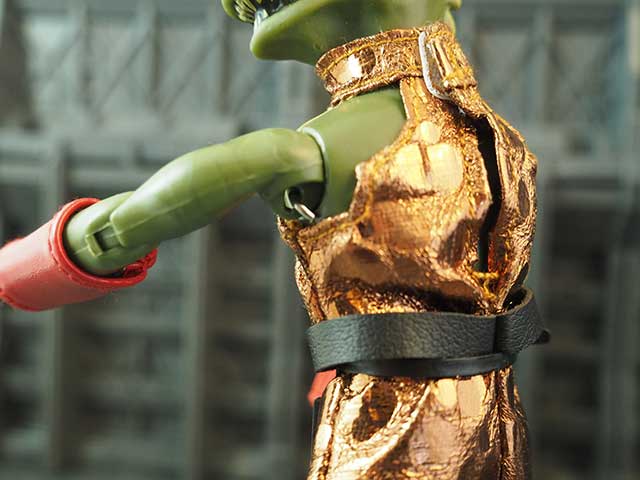 The detail on the Gorn's head is nice. It looks very similar to the vintage version. 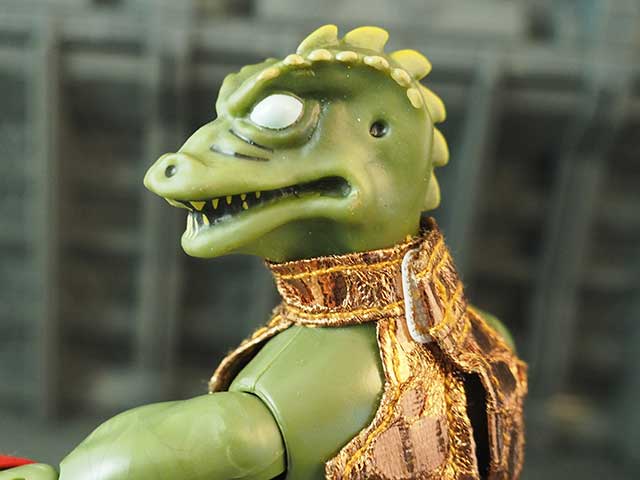 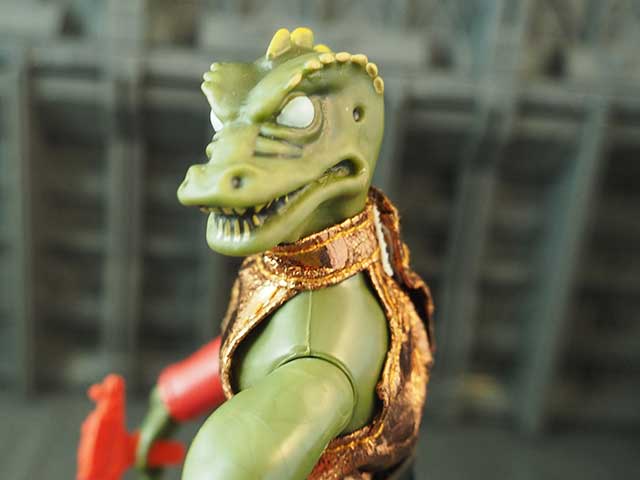 Anyway, for fifteen bucks you can't go wrong, providing you like the character. These are available exclusively at Target, so go get yours if you are into this sort of thing.

Thanks to Mego for the review sample!

It's not the gorn figure itself, it's the Mego reboot line in general. Many people cite poor face sculpts, and just a general out of touch attitude with the line.

The main difference between Abrams and McFarlane is that McFarlane has a toy company specifically because he was a “celebrity” who had fans that would follow him to any venture. Abrams tries to use his involvement with toys to become famous,and that just isn’t going to happen,no matter how entertaining he is on that Netflix show.

The main thing they have in common for me is,whenever someone mentions either guy,the first thing that pops in my mind is his unique version of Spider-Man.