In the 80s, bootlegs of this toy were EVERYWHERE. These were copies of the cheap Xabungle and Irongear toys put out by the Japanese toy company Seven, and most of them were unlicensed bootlegs. But a few were actually licensed for export, and rebranded in their home markets. This is one of those cases.

A company named Gordy Toy licensed the molds from Sunrise, and had them produced in Taiwain instead of Japan, slapped a new sticker on them with a new name, and then repackaged them for the US market under the name Bi-Trons. These are one of the few versions with the actual Sunrise copyright stamp on the back.

The toy comes on a great card with artwork unique to this release. 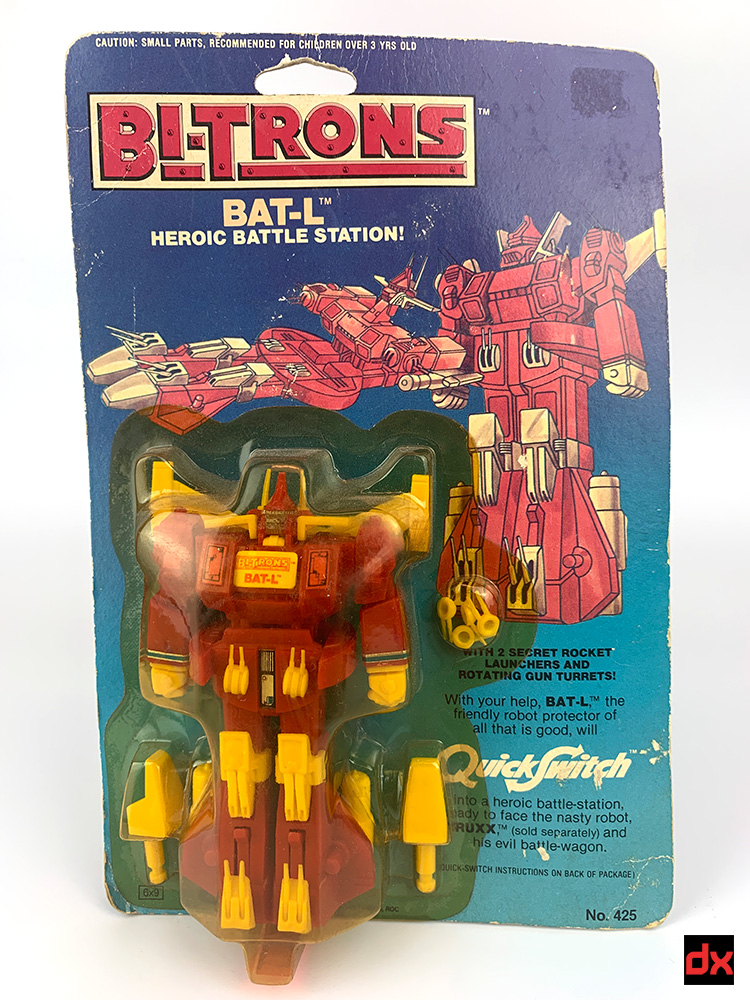 "With your help, BAT-L, the friendly robot protector of all that is good, will Quick Switch into a heroic battle-station, ready to face the nasty robot TRUXX, (sold separately) and his evil battle-wagon." 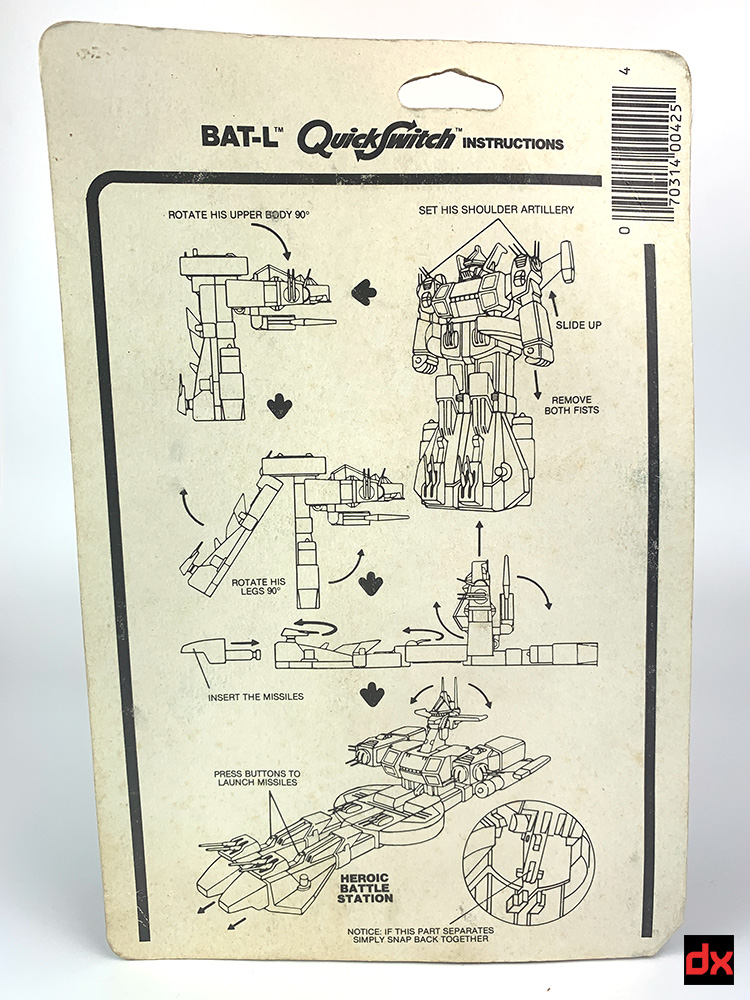 They actually trademarked Bi-Trons, Bat-L, TRUXX and QuickSwitch, and I assume wanted to make them a line, but only the two were released that I know of. The 80s robot toy war had a lot of casualties, and this was one of them.

From a toy perspective, it's identical to it's original Seven counterpart, except for the additon of the sticker on the chest. 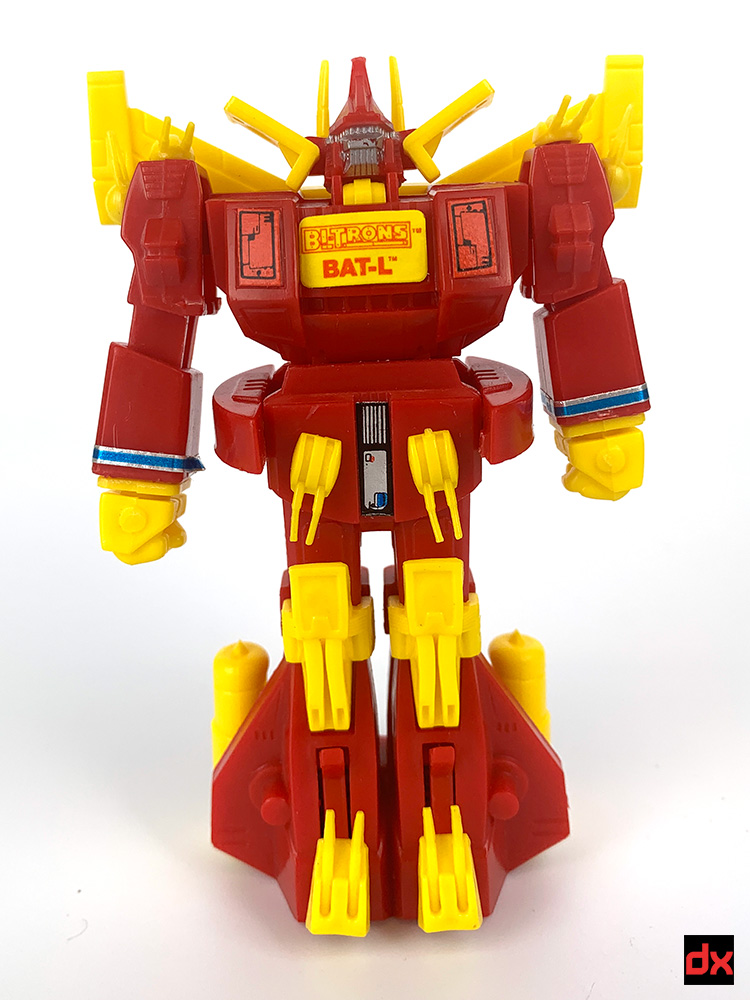 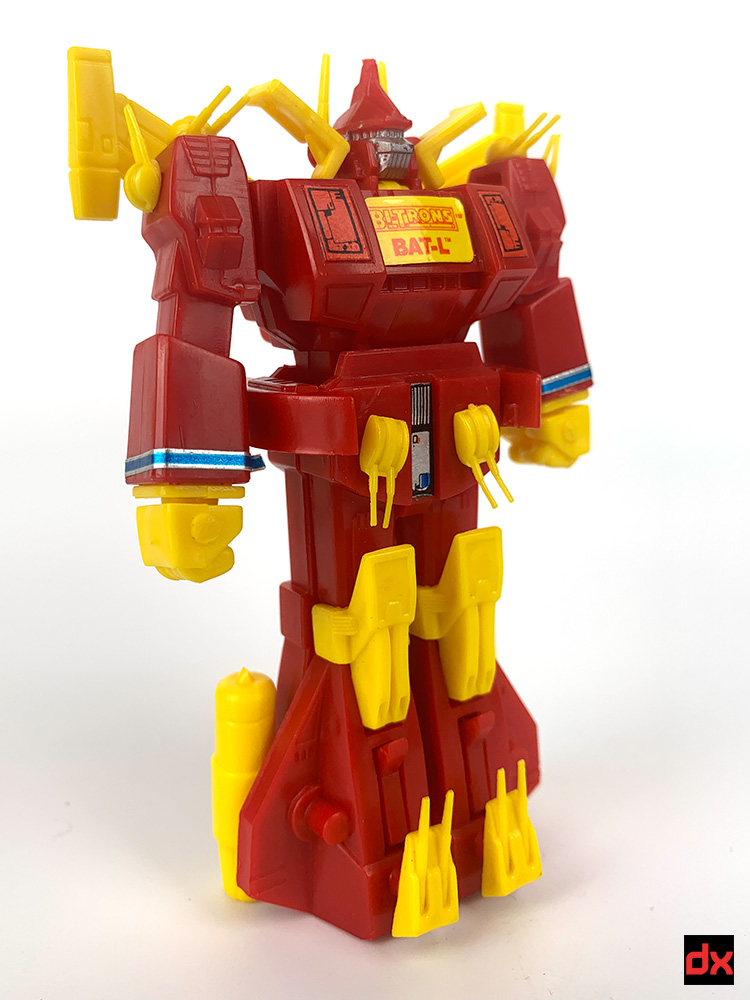 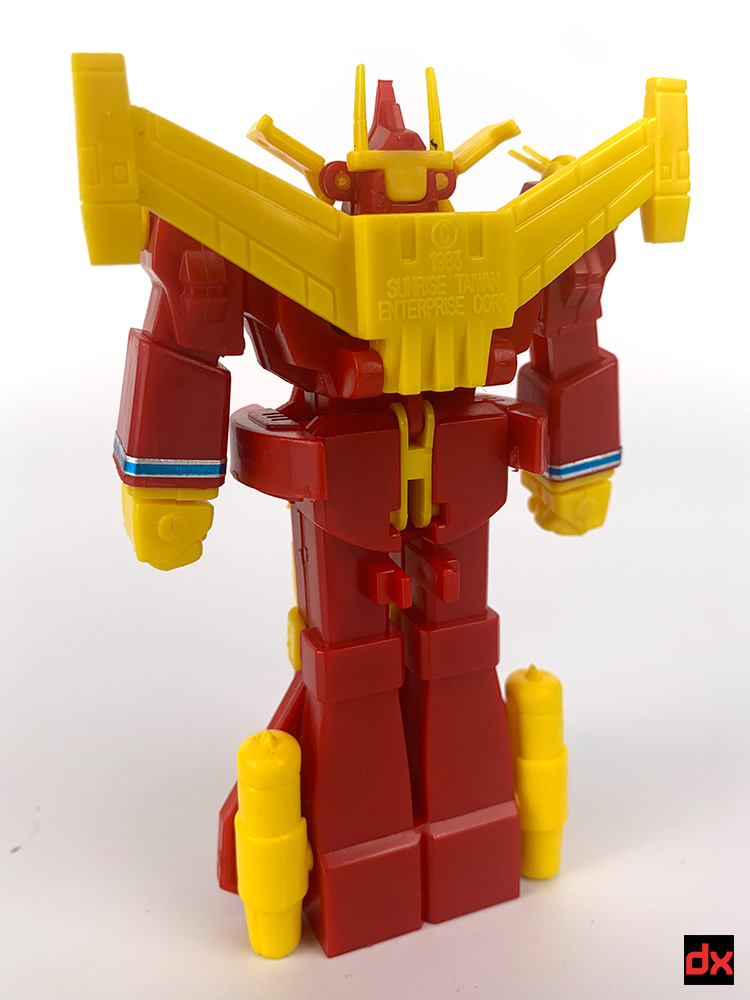 Note the Sunrise copyright on the back. 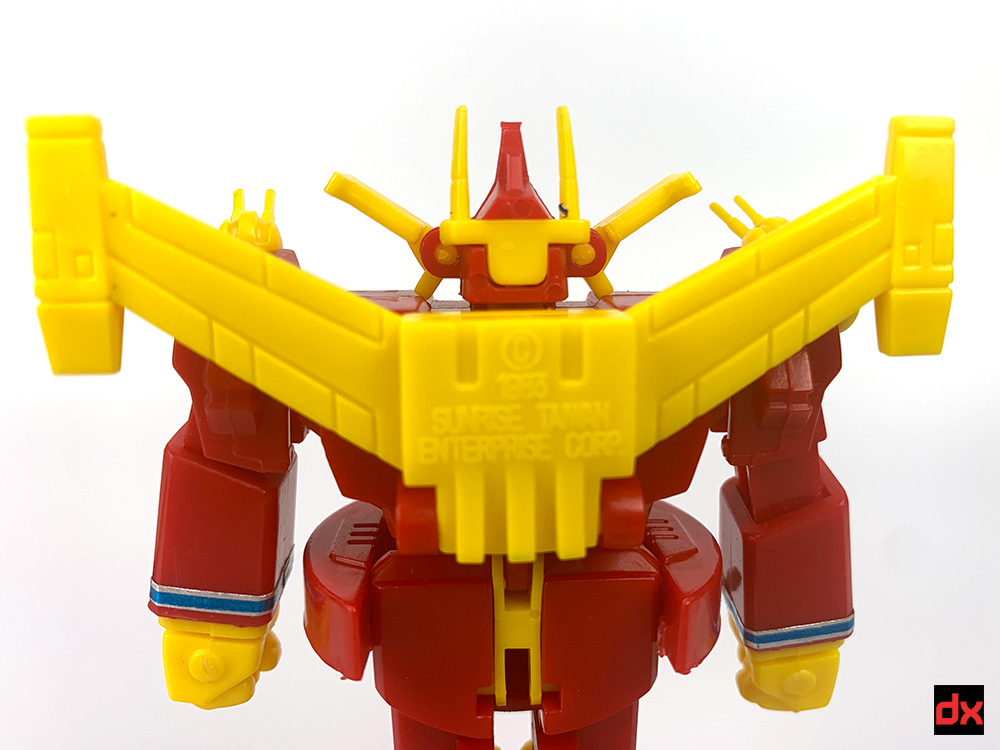 The only true articulation is in the arms, and those just swivel out. Technically, all the cannons turn, but I wouldn't call that articulation. 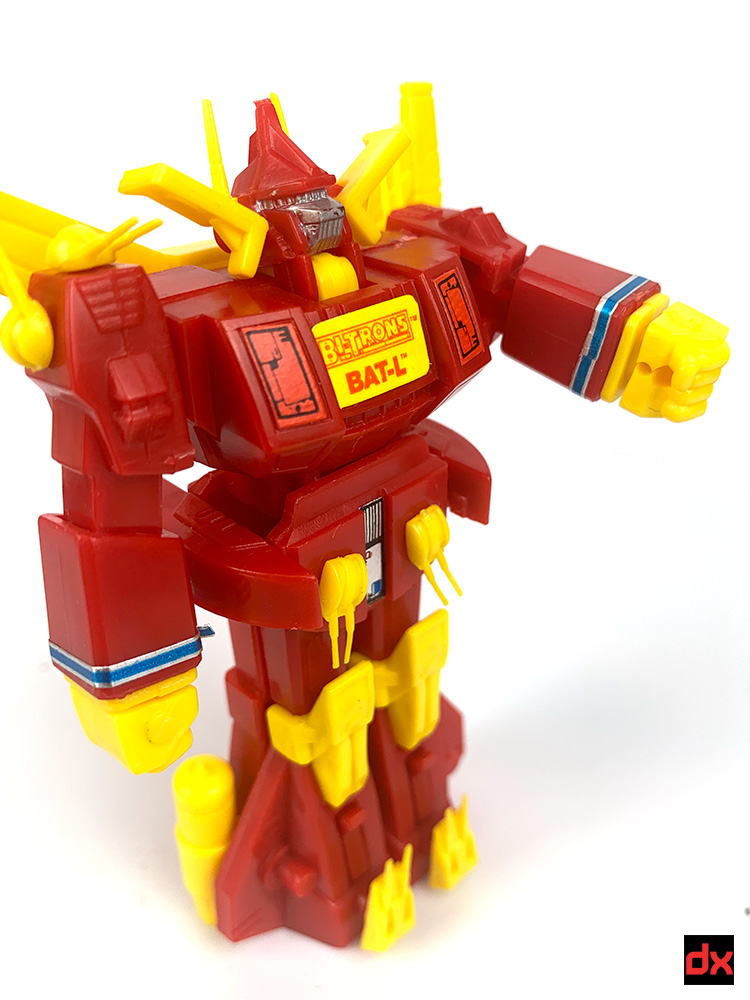 Sadly, mine came with 2 LEFT HANDS! 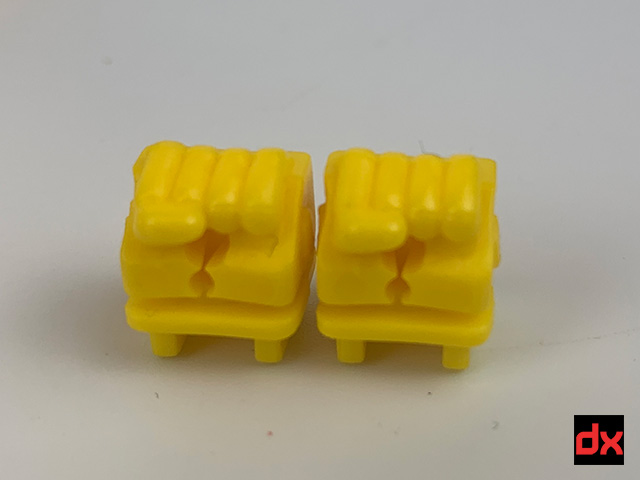 The transformation is simple. As a kid, I had no idea what this was supposed to be. Neither Irongear or Xabungle made any sense to me, with my only experience being actual Transformers that turned into actual vehicles. It wasn't until I was an adult I got what Irongear was supposed to be - a massive flying fortress. 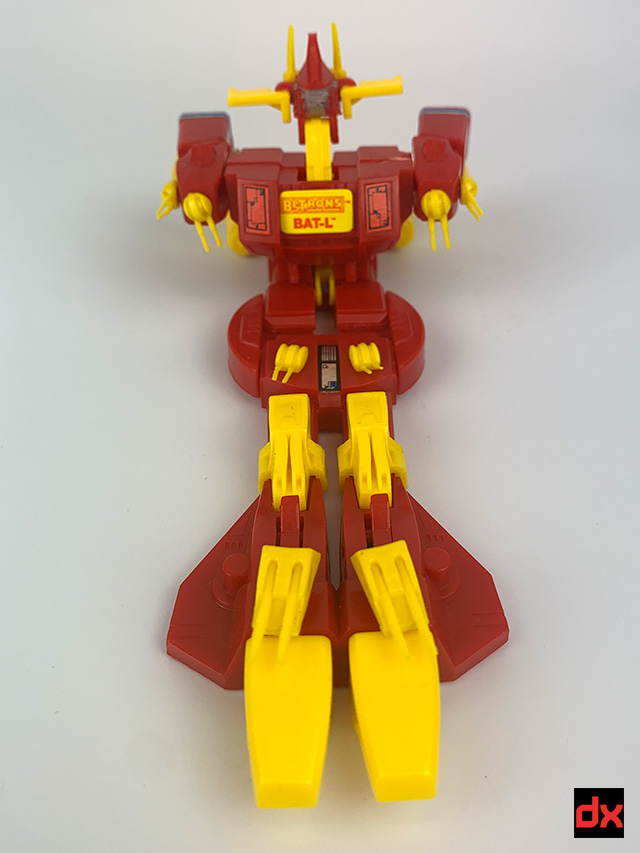 You need to add the missiles to the front, and remove the fists from the arms. There's no means to store either when not in use, so they are often missing or lost. In fact, there are a LOT of removable pieces that are easily lost. 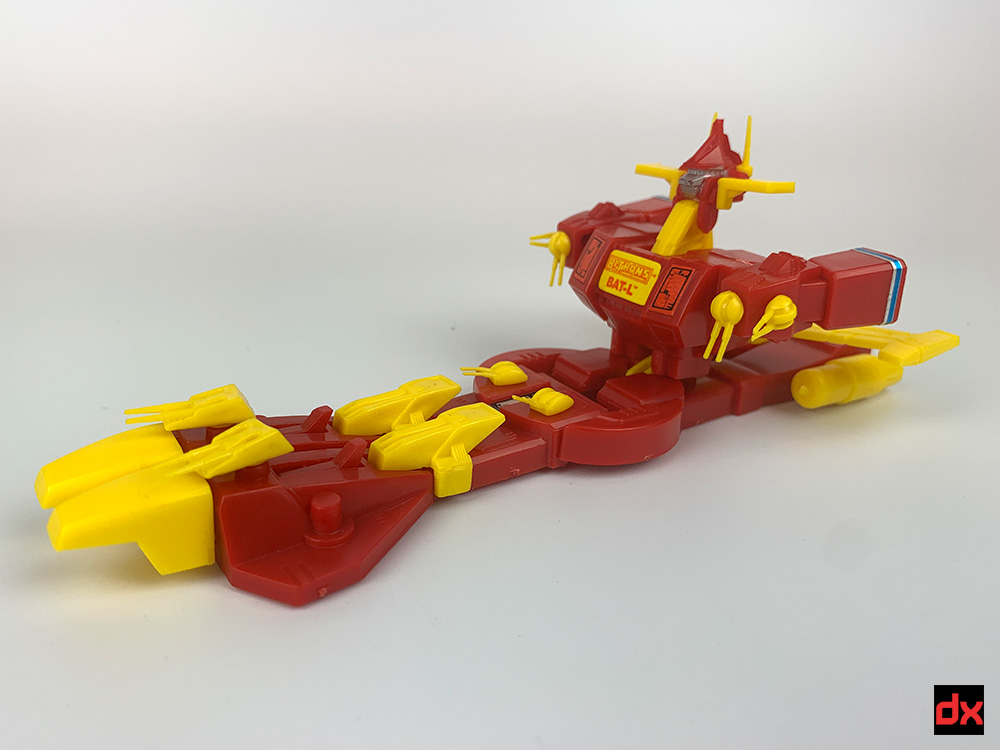 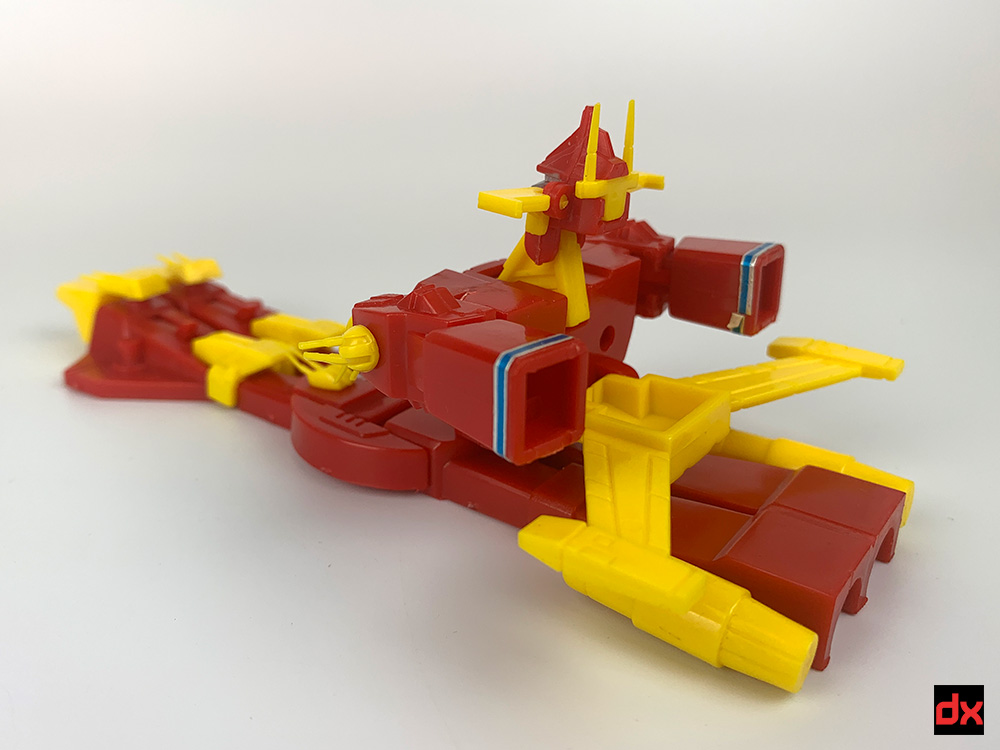 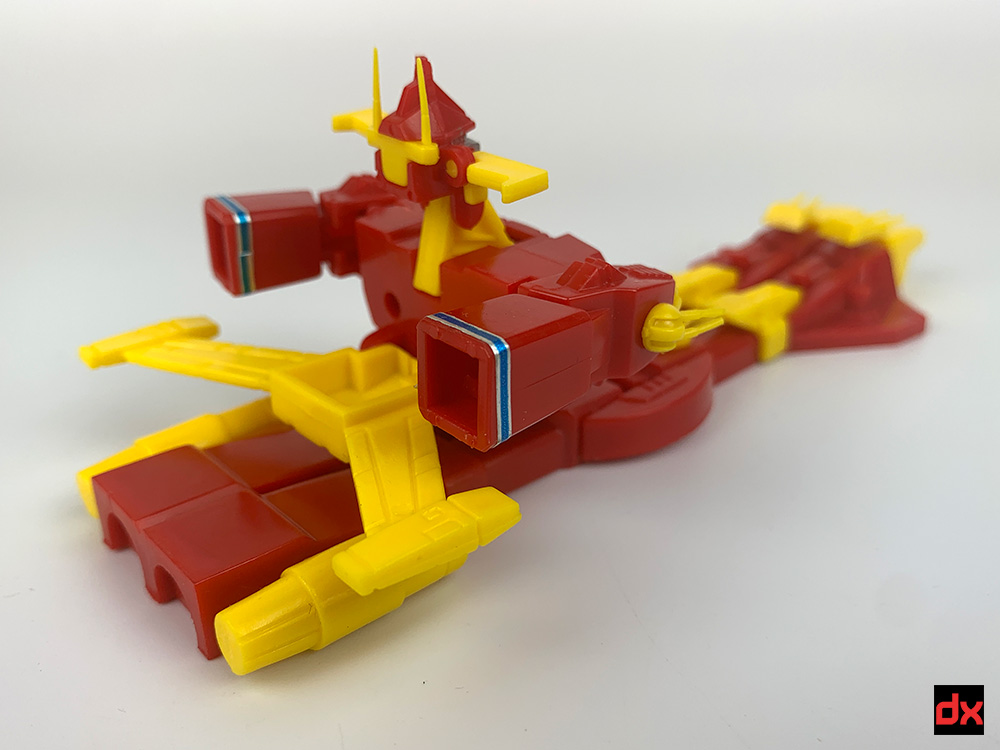 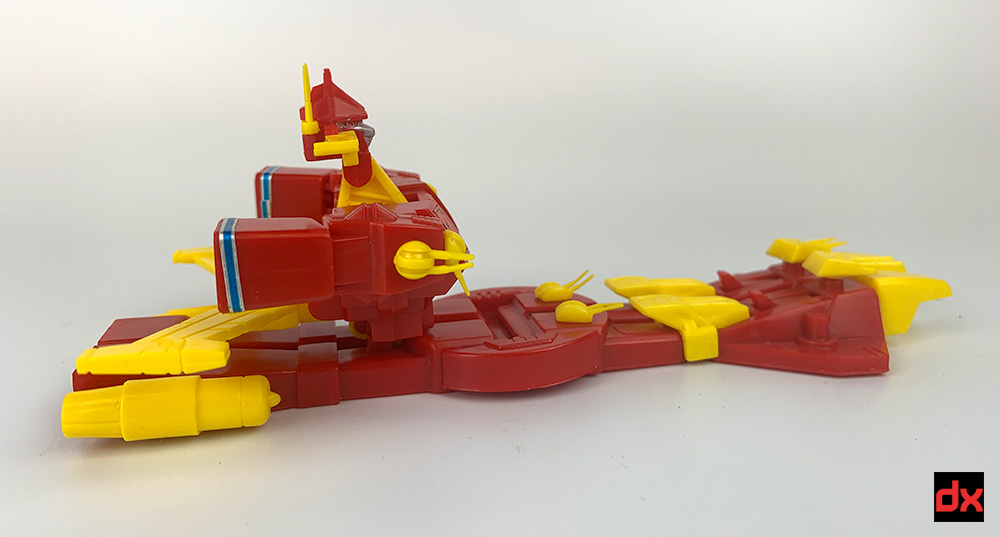 The missiles in the front launch by pressing either of the buttons behind the main cannons. They still shoot great 30+ years later. 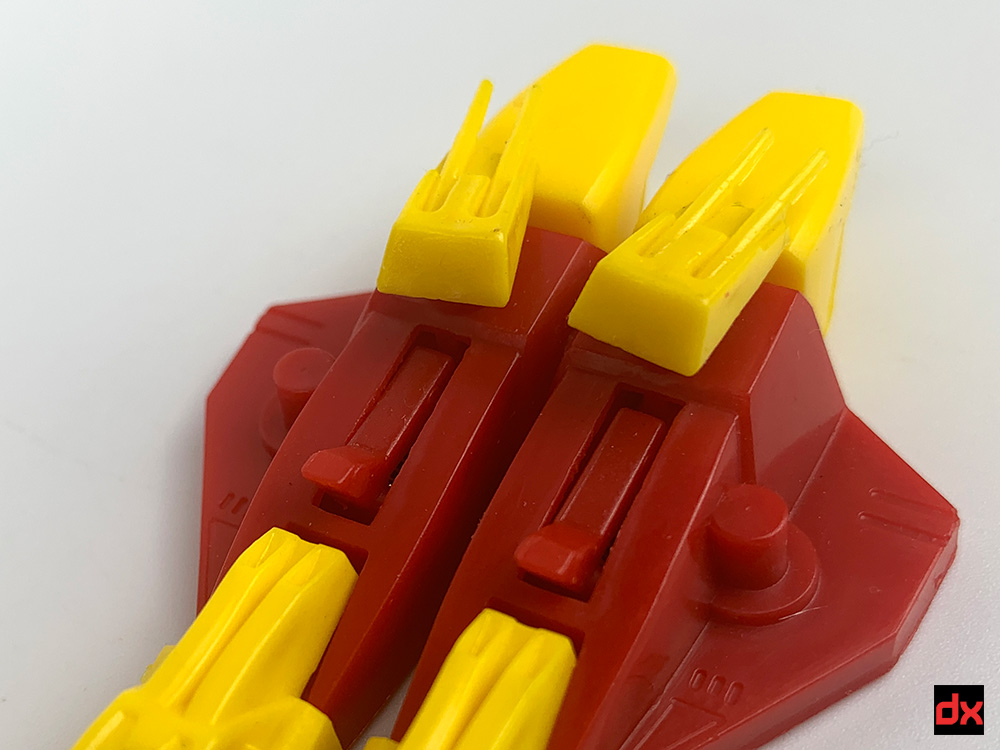 It's just a great little toy that is such an icon of my childhood. I had more of these cheap robots than I did real actual robot toys, so things like this really hit me in the feels.

3 comments posted
Seeing these pictures, I

Seeing these pictures, I think I actually had this as a kid! I watched Xabungle last year, and it didn't click. But seeing it in red and yellow, with those firing feet missiles, I remember it now! Thanks so much for that.

I had this when I was about 15 years old and enjoyed playing with it very much. It's design and transformation were great, I didn't know at the time which series it was from. Wish I could find a new one at a good price.

Sadly, mine came with 2 RIGHT HANDS!

All the versions had two left hands, never seen one with a right hand.