This new Robby The Robot toy came out of nowhere in early 2020, it joined the Iron Giant. The licenses are under Warner Bros and it was manufactured by a Chinese company called Goldlok, exclusively for Wal-Mart. I was on the lookout for the Iron Giant (nice review by Josh) when I saw this baby. 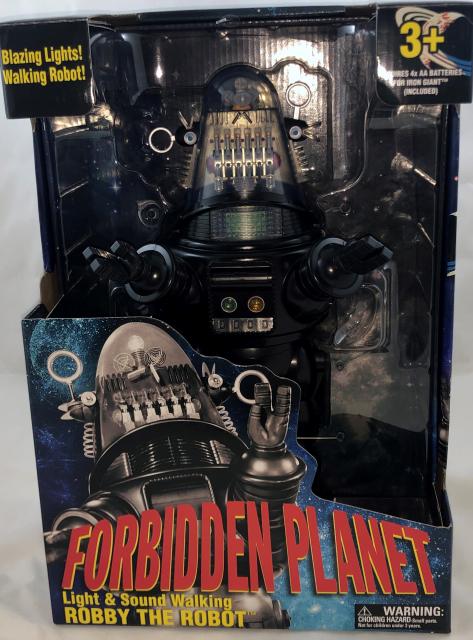 The box is nice and has pictures from the iconic movie. It has two variant boxes, and yes, like a collector fool I bought both, and yes, the robot is the SAME. 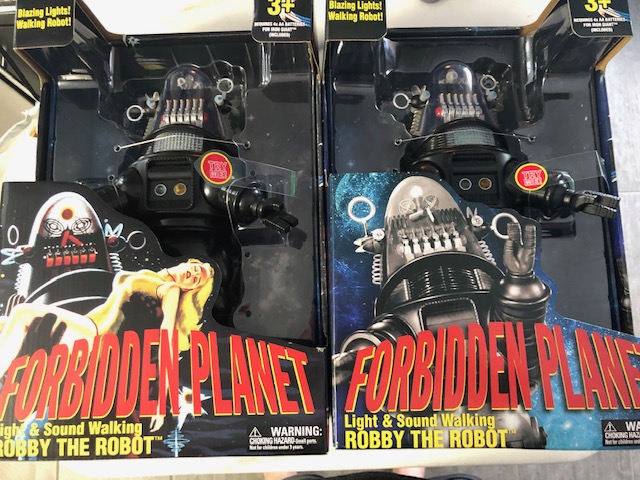 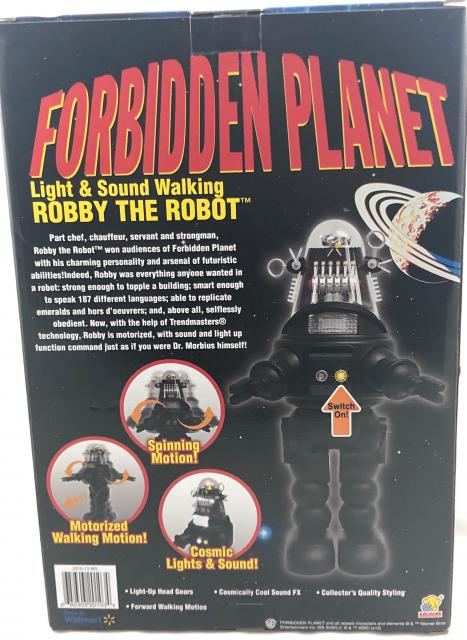 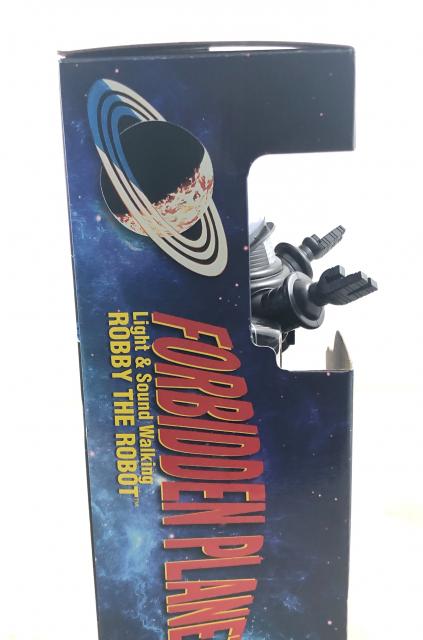 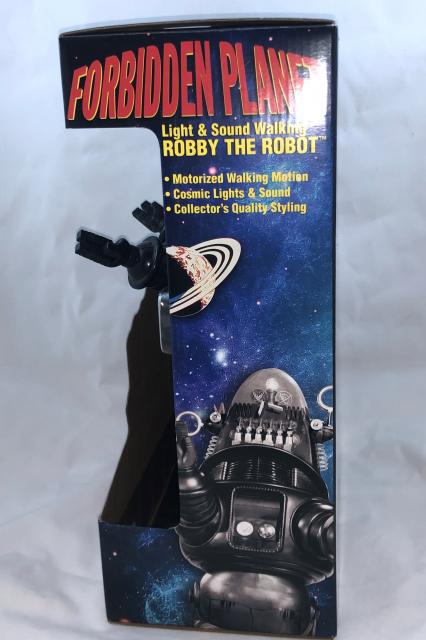 Robby is around 12 inches tall and is finely detailed for less than twenty dollars (more on that)!! 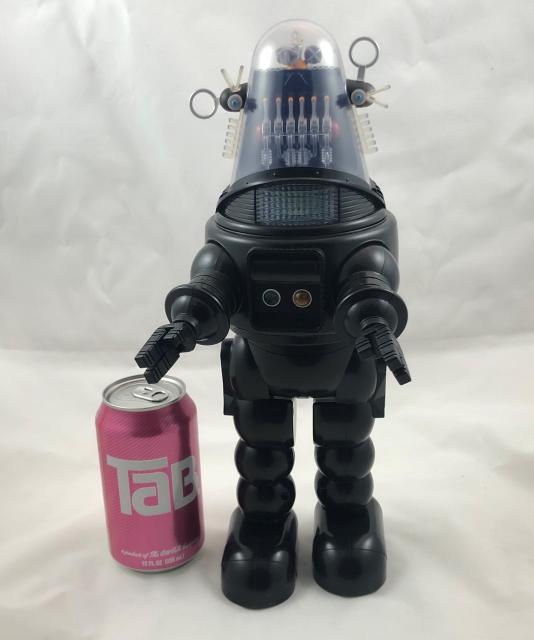 The head again has nice details, and while the antennas do not move on the outside, the gyroscope inside does when he walks. 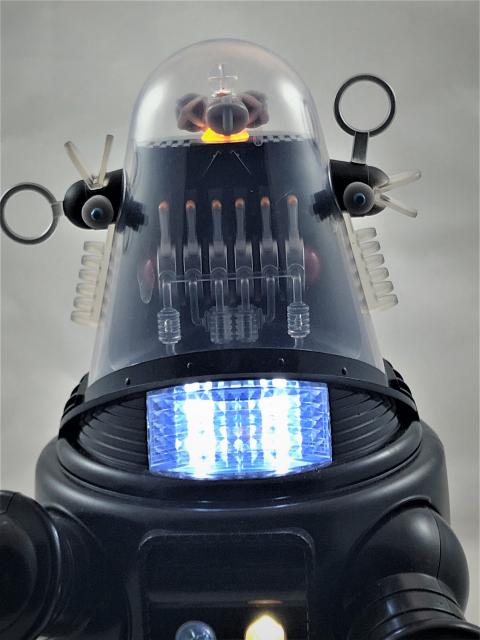 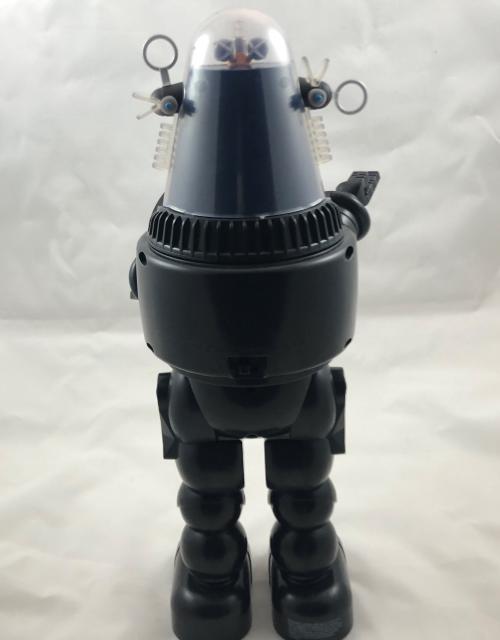 Robby "walks'' by shifting and having rollers on his feet. Note: he drifts sideways and a video discusses removing plastic burrs from the rollers. I like the drift. 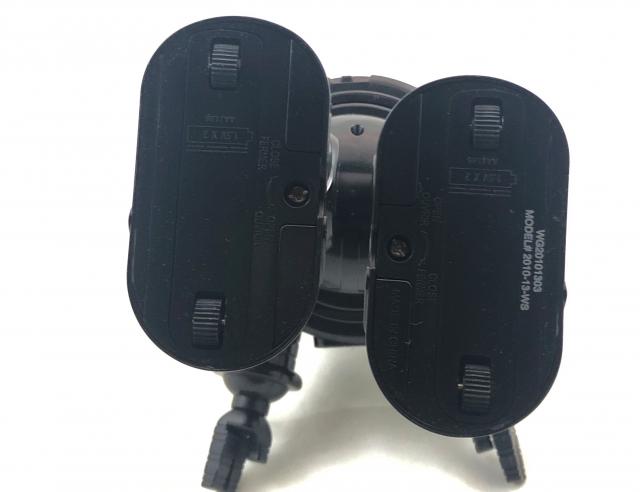 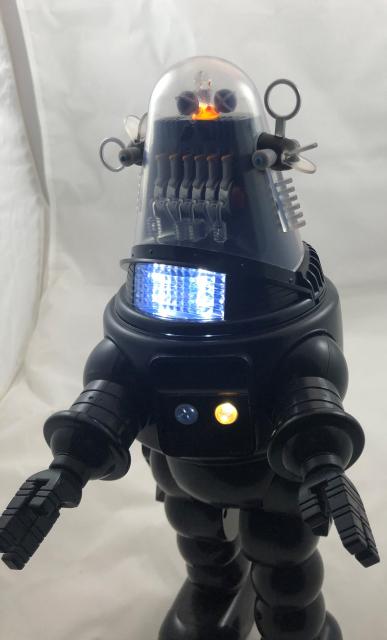 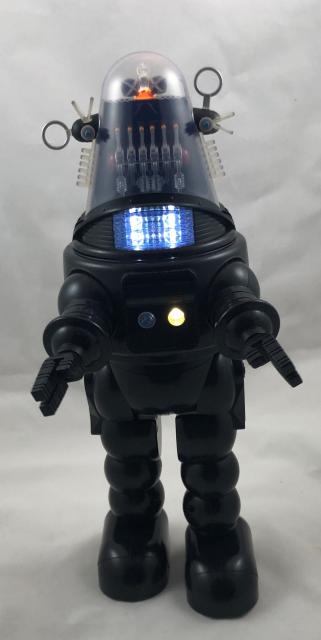 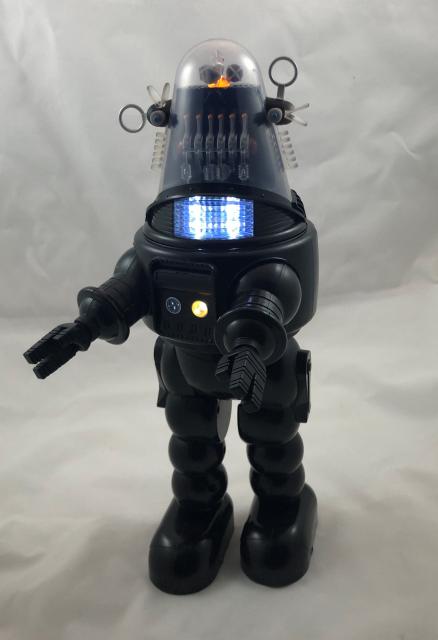 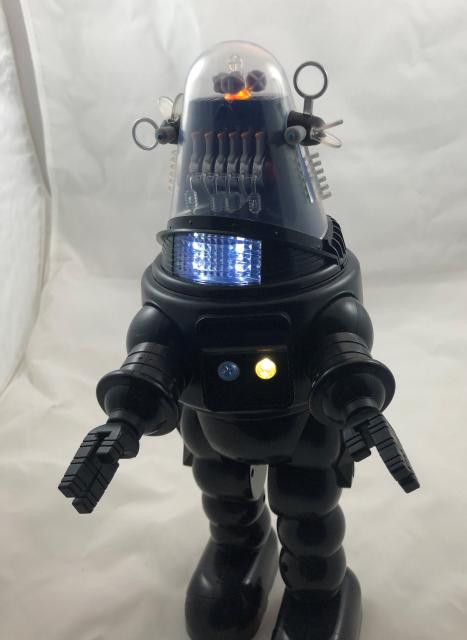 The arms spin around and the hands are static closed "u", and they also spin, but Robby was never known for poseability. 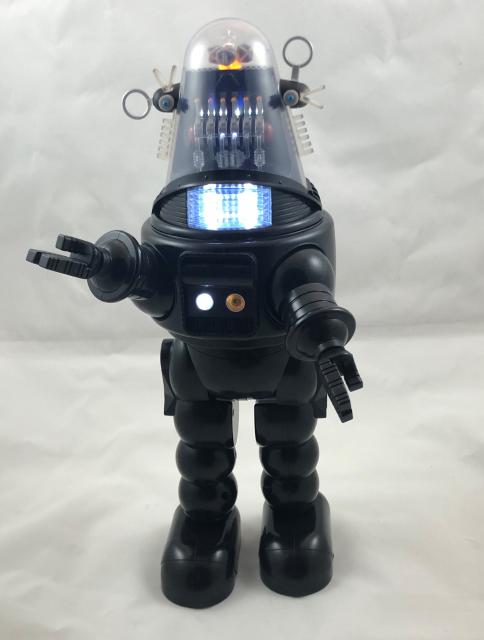 The last feature that you heard while walking is the talking.

Robby says around three phrases while playing the creepy background noise from the movie.

"Welcome to Altair Four gentleman. I am to transport you to the residence."

"For your convenience, I am monitored to respond to the name, Robby."

Robby's mouth lights up to sync to the voice and again the gyroscope spins.

Note: a youtuber said the mouth was out of sync and had this elaborate, and I mean elaborate fix, BUT it was fixed with the next batch and mine is fine. 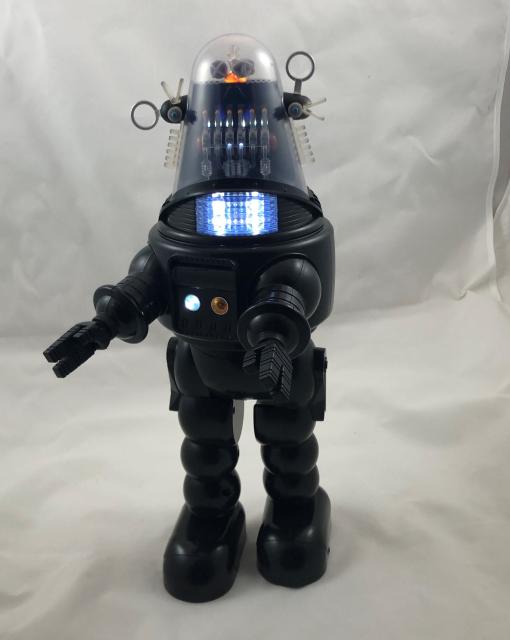 Overall, like the Iron Giant, I was impressed and amazed by this guy, especially for the price.

As Robby would say, "Welcome to Covid-19 gentleman, you are to remain in your residence."

Unless I'm mistaken, this is more or less a straight reissue of the old Trendmasters toy, but with the wired remote done away with.