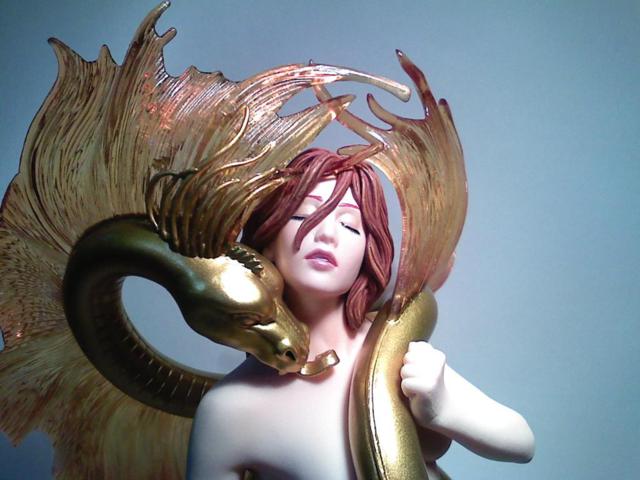 The Golden Lover is a figure based on an art piece originally done by Julie Bell. With Yamato's Fantasy Figure Gallery line, they've been able to take iconic art pieces such as this and turn them into beautiful PVC statues. 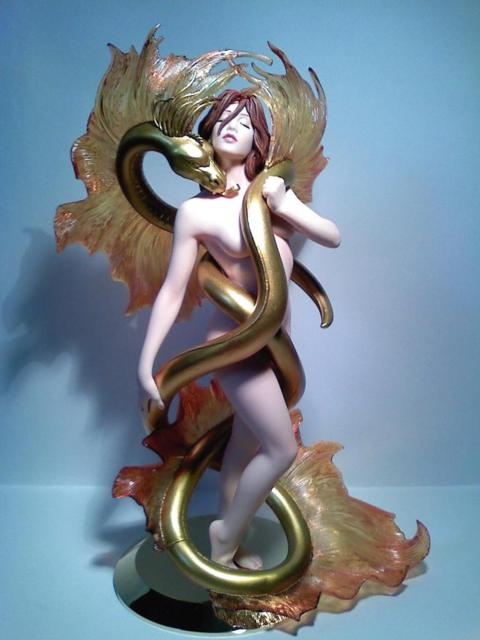 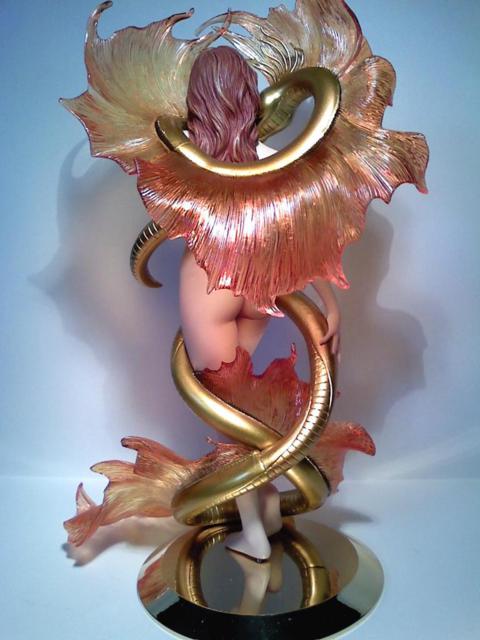 The Golden Lover is no exception. This figure is very nice.

The figure stands slightly more than eight inches. Unfortunately, this means it's not in scale with other figures from the Fantasy Figure line such as Medusa, who towers over this figure by at least four inches. Although this is a bit of a downer, that doesn't make this figure any less enjoyable. 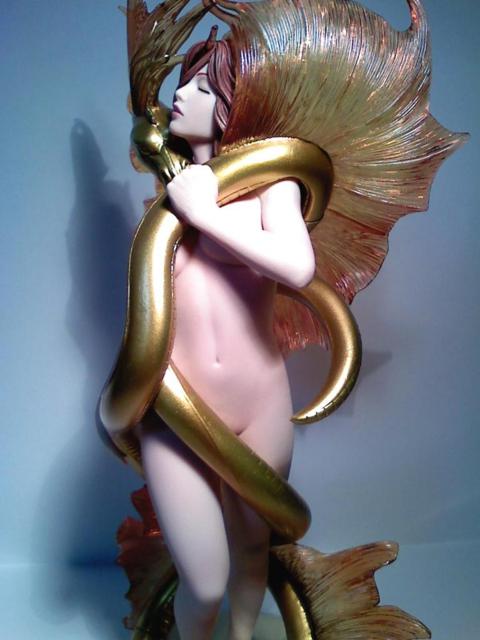 The golden serpent twirls along most of the length of the woman's body, censoring all of the more questionable parts of her body in a classy, yet still very sexy way. The fins that line the serpent are done in a nice translucent plastic that flares out with bits of shiny paint, making it look almost like glass. With a small forked tongue flickering along the woman's neck, a real aura of intimacy pours out of this statue. 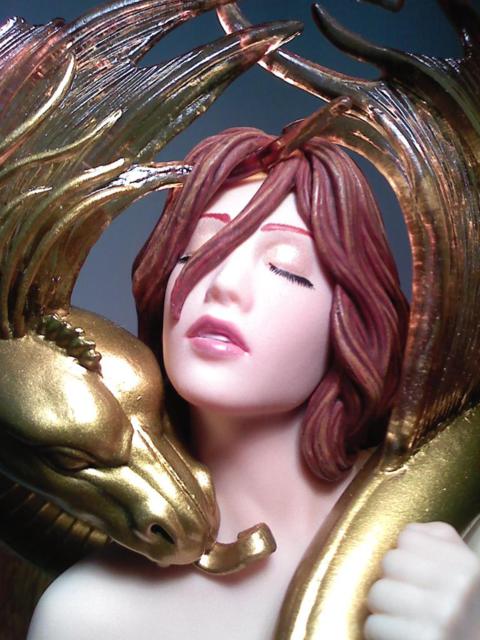 The figure is attached to the base by a metal peg in the foot. The base is done in golden reflective chrome, and picks up a lot of fingerprints. Thankfully though, you probably won't be picking up and fiddling with this piece much compared to a Transformer with chrome. 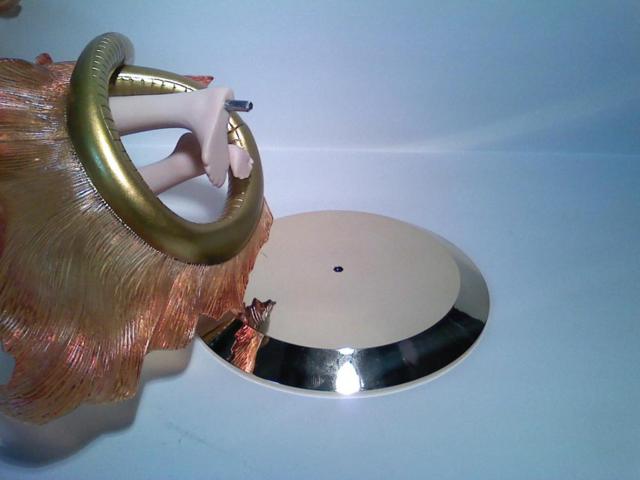 Paint applications on this figure are pretty minimal, but that comes with the design. The golden paint on the serpent is nice and shiny, although it may be a bit faded compared to the original art work's serpent, which was practically reflective. There is a light layer of makeup applied to the face, including eyelashes, eye shadow, and a very luscious pair of lips. 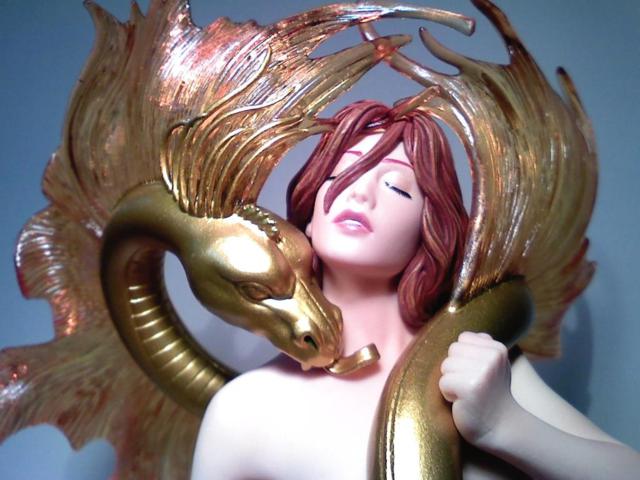 The Golden Lover is quite a spectacle to the eyes. Although it's simple in scheme with no real details, (or clothing for that matter), the golden serpent that entwines the woman intimately makes an excellent accent to the rest of the display. The simplicity of this piece is what makes it so pleasant to the eye. It's also nice to have a figure that actually has two nasal passages for once. 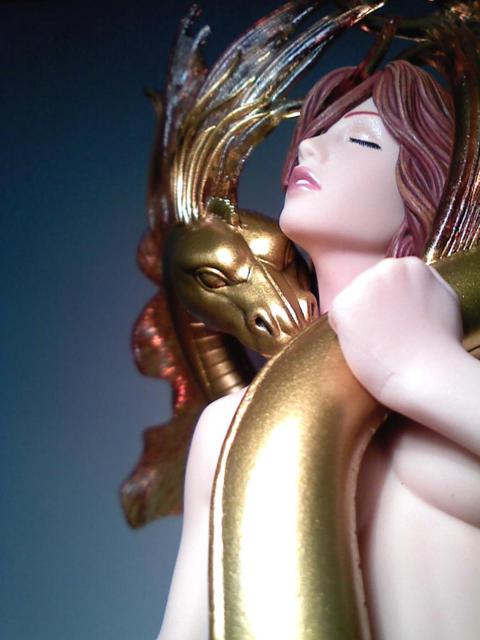