I saw these packs show up in Target and Toys R Us before the movie came out or any of the other figures were around. There are several variations, one with Muto one with Godzilla, and both sets come with different colored buildings (red and blue), also they released a larger deluxe set.

I had no interest in the small Godzilla figure, but the buildings intrigued me. I had long thought about getting an the old Godzilla "Crumble Zone"/"Attacks NY"or Ultraman "Battle Zone" /"Crash and Thrash City" sets, but were always more than I waited to spend on Ebay. I thought these small buildings would make great pieces to display with my Godzilla or Ultraman figures to help indicate their scale. I was unsure for a while about buying one of these new sets, but then I saw one for the low price of 8.99.

So, let's look at the set shall we? 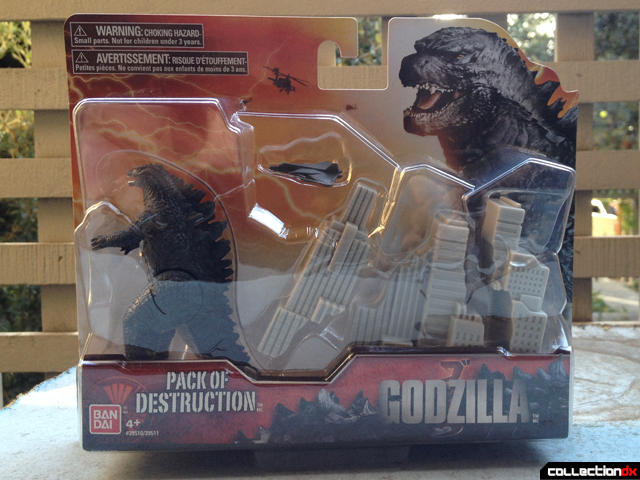 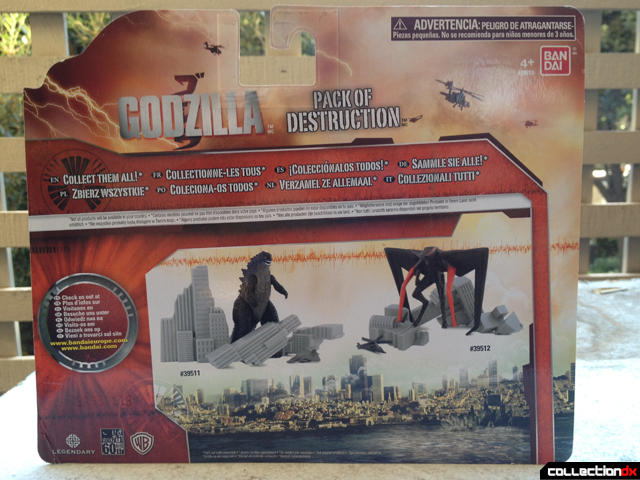 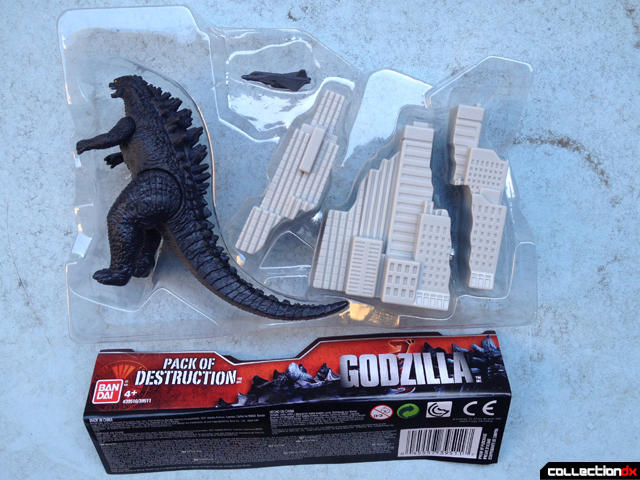 Packaging is nothing special. It shows the other small set with standard color only on the back.

First let's look at the figure. 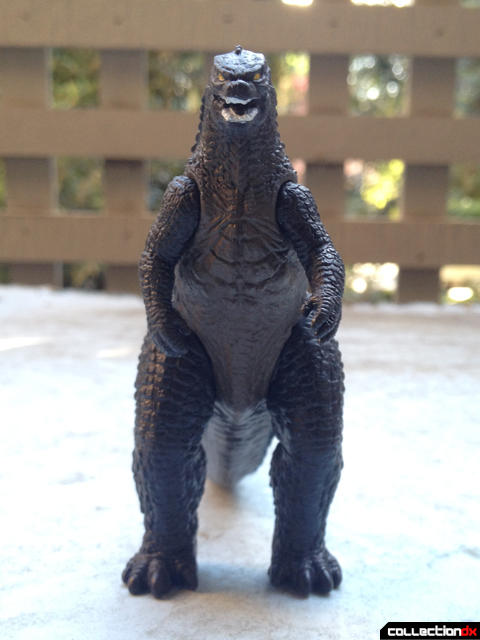 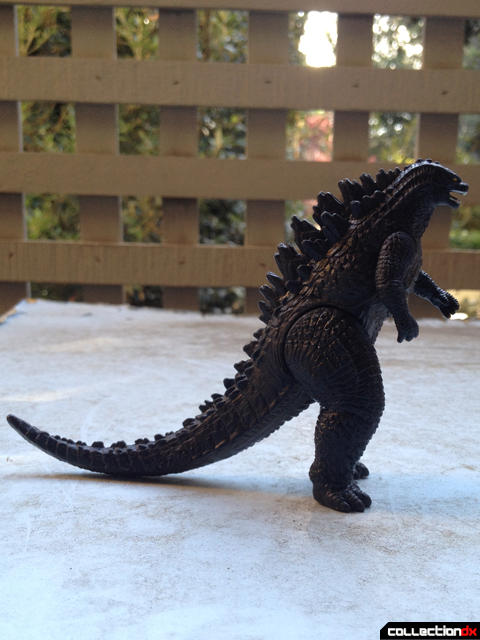 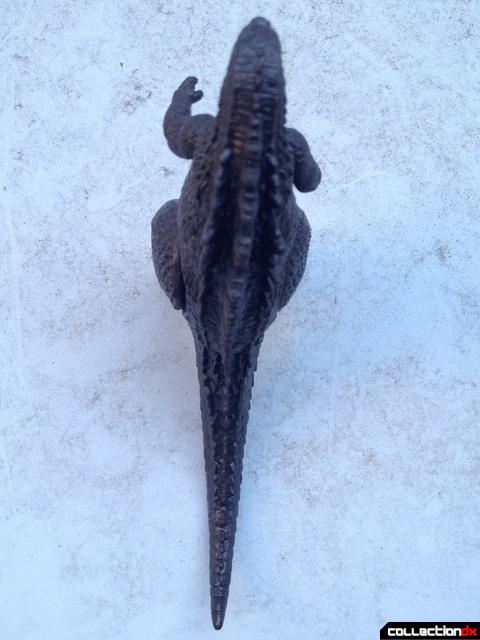 A decent enough sculpt regarding the overall shape of Godzilla. It has minor paint apps done adequately. The detailing on the skin texture is superb for such a small figure.

4 points of articulation at the shoulders and hips. The only real issue is that if you swing the legs too far either way they pop off. They can pop right back on, but I can see a kid losing these in a toy box pretty fast. 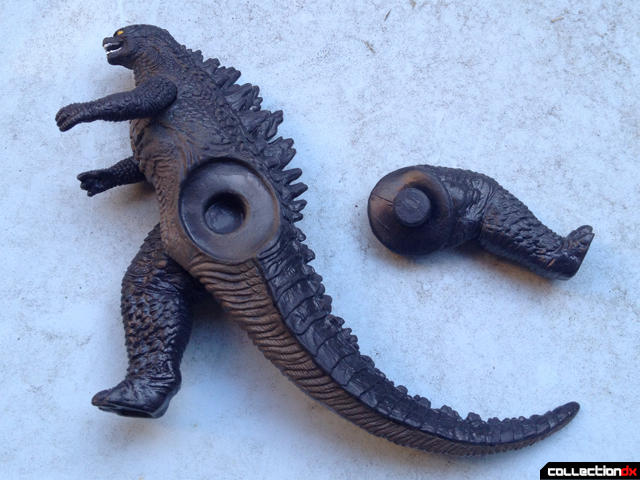 Overall a decent little guy for the price and size, but very much a toy. Here he is compared to my SH Monsterarts first release Godzilla. 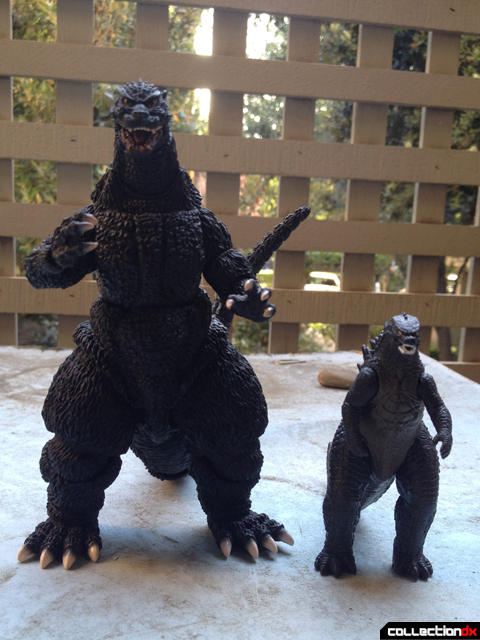 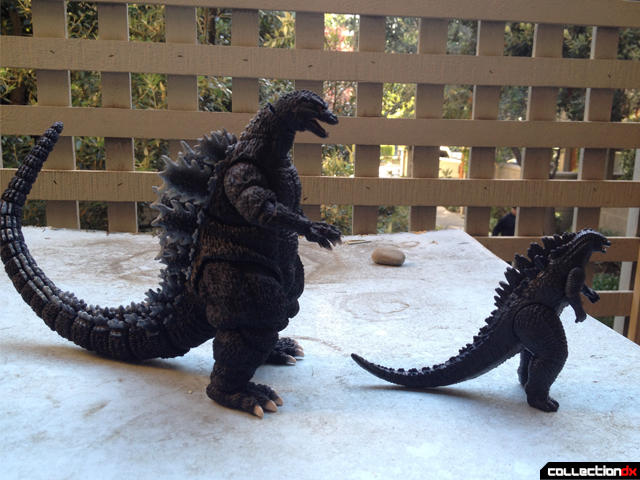 The set also came with a small soft plane, no paint, but again decent detailing for the size. 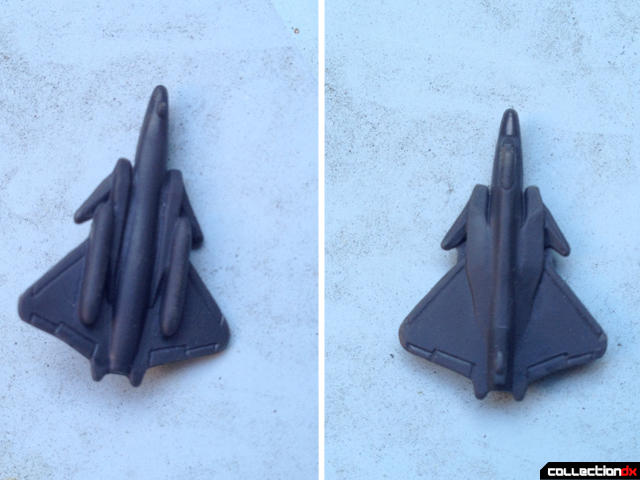 The star of this set though, (at least as far as I am concerned), is the building. 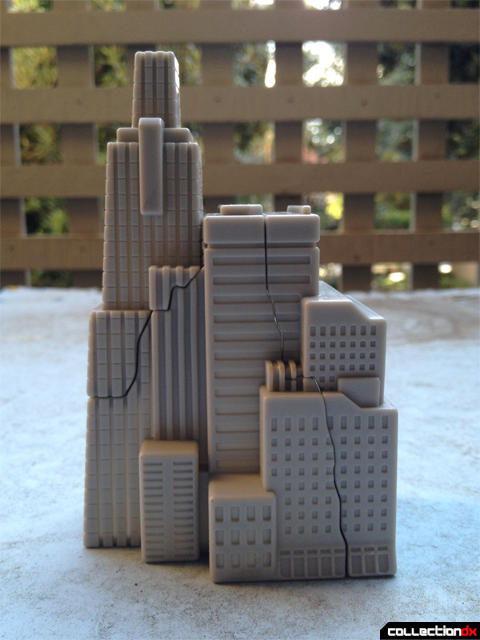 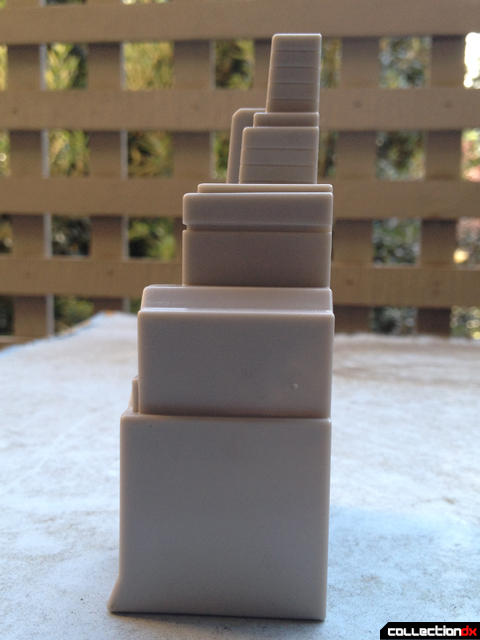 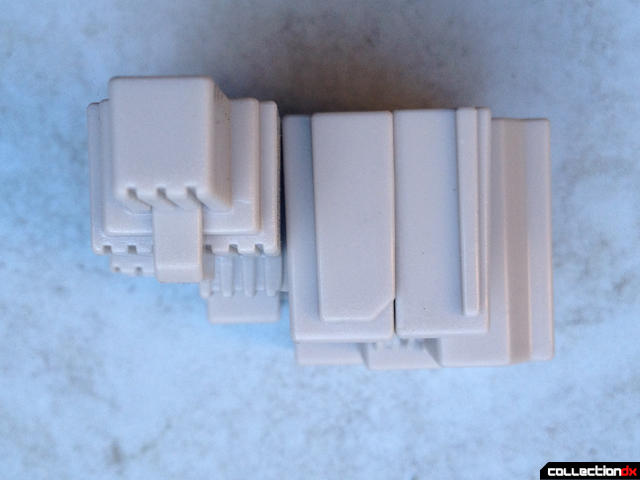 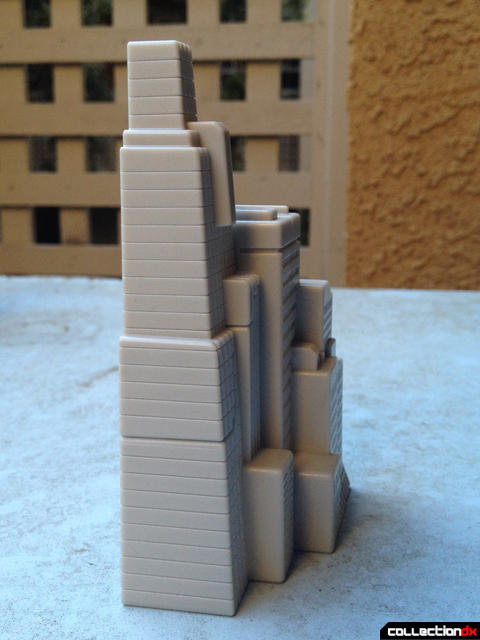 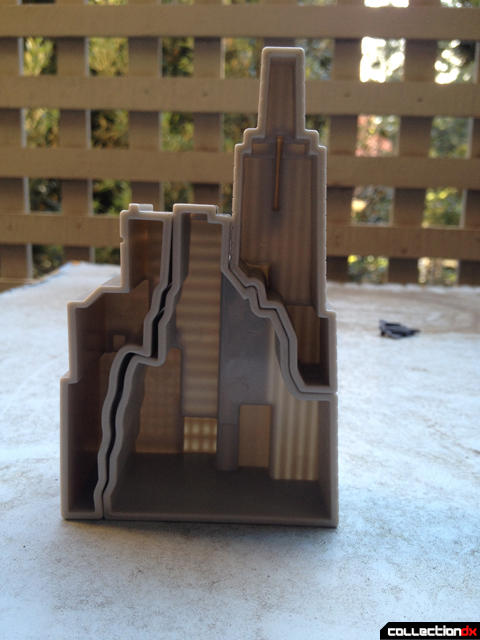 Unpainted and with obvious breakpoints, but again decent sculpting detail, mixed with a neutral color, it works for me. My only real gripe is the hollow backside. I may go in with a marker and add detail myself. 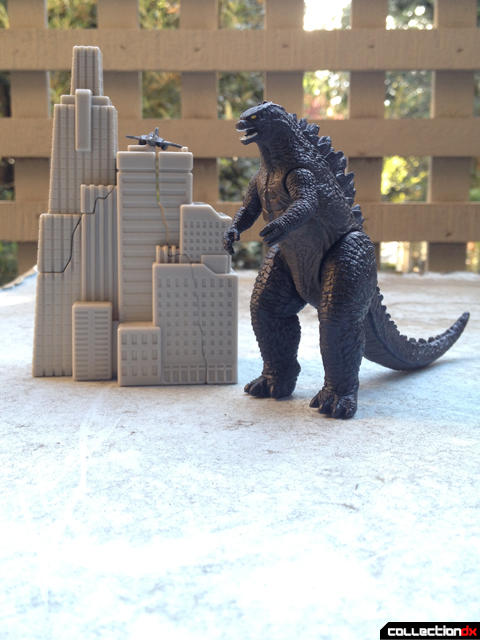 So now we have seen the parts separately, let see how well they interact and is there play-ability? 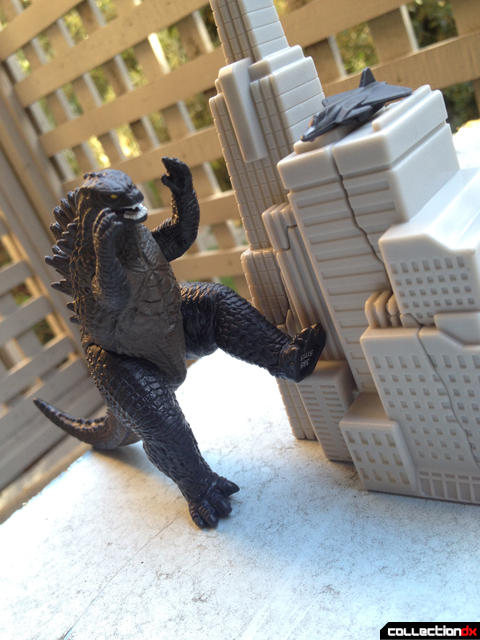 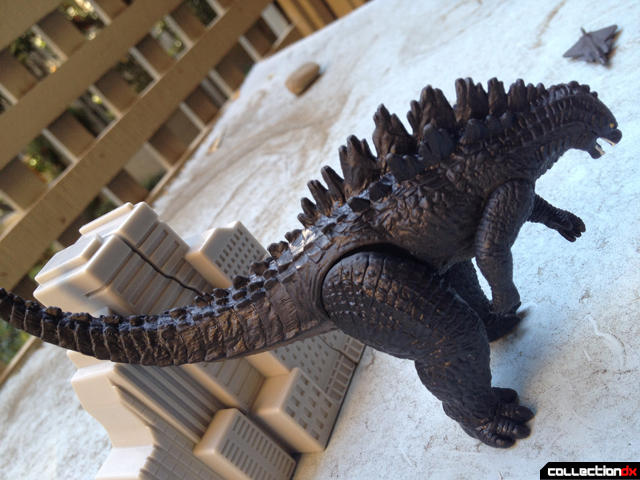 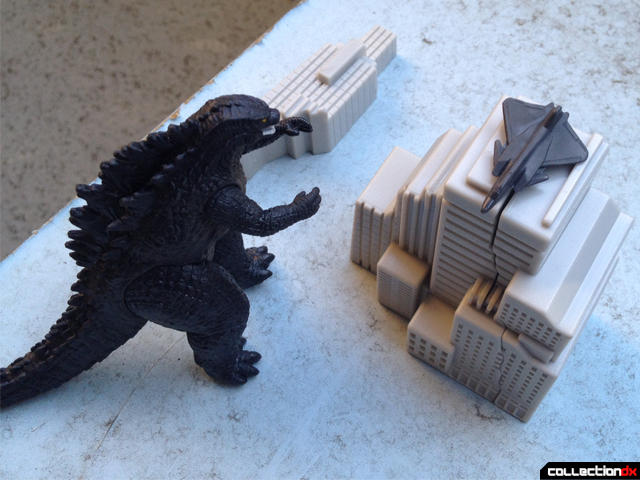 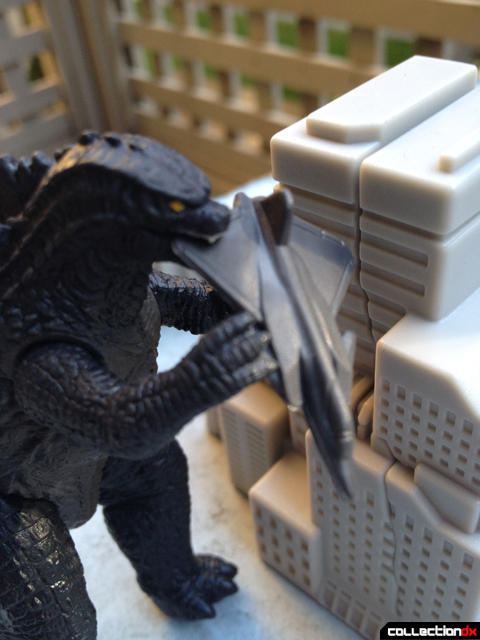 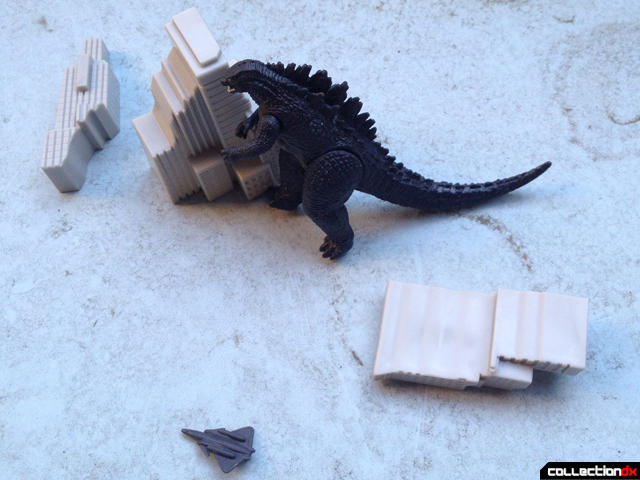 The set defiantly feels like it was made to go together, and I have no doubt the others sets will blend right in. The scale is good and the building smashing is gratifying. I would have preferred a tank to the plane, or a stand for the plane at least, but it's good that the set comes with someone for Godzilla to fight . Overall it's very playable and I could see playing with this set for quite a while as a kid, especially after seeing the movie. The pop off Godzilla legs, while technically a flaw, also allow for "battle damage".

As a toy for kids, or a desk play-set to handle for an adult, I recommend it, you can't beat the price for the fun. Not much of a collectible though. 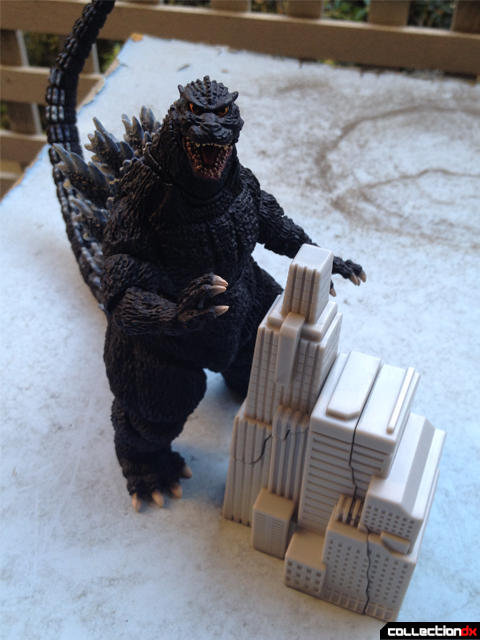 My SH Monsterarts figure is definitely too large in scale for these to be sky scrapers... 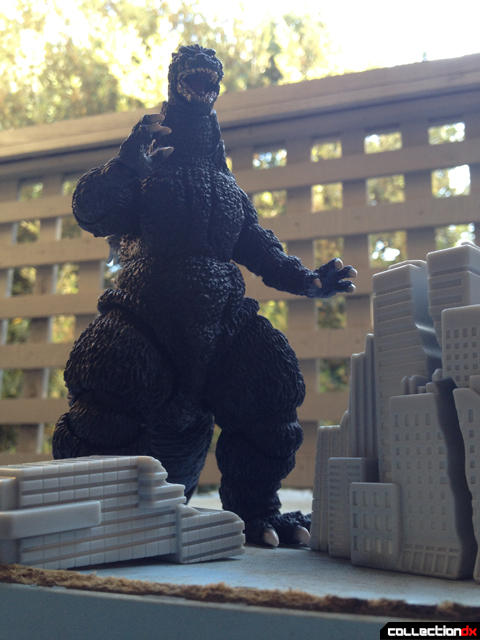 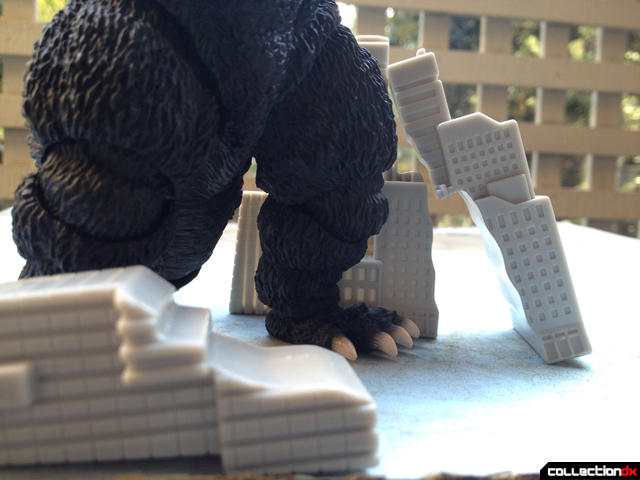 ...and I quite like the scale of the plane for his larger size actually. 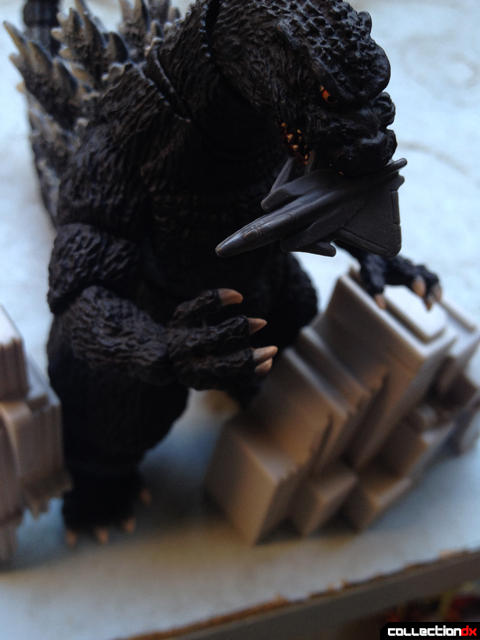 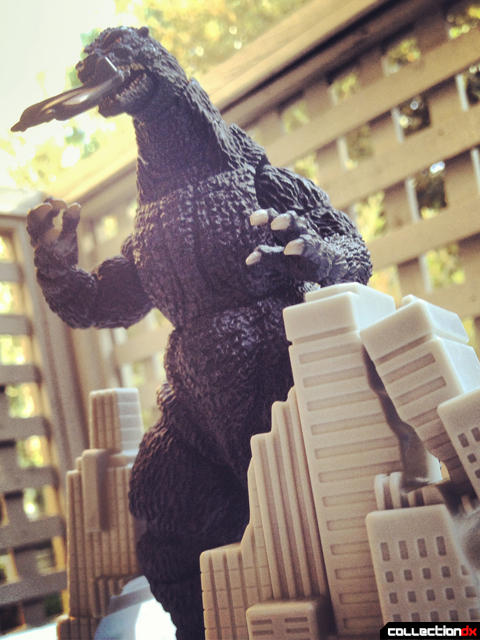 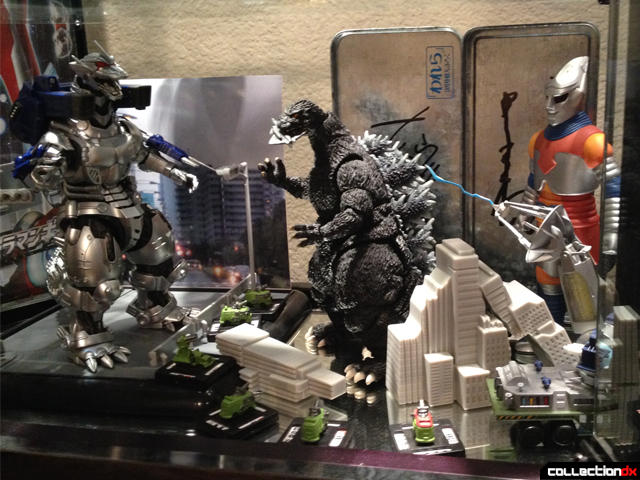 Here is my Godzilla shelf, the buildings fit right in. I added a couple pieces from the Apocalypse game I got from brick and mortar for a quarter each, and a street scene Chain Base. It's becoming a little kaiju world in there.