To be totally honest, I haven’t watched a Godzilla movie in a long, long time. So as far as lore, backstory, ect., I got nothing. I do love Godzilla, however, and had been thinking one was missing from the shelves, so when Josh offered the S.H. Monsterarts release I said sure. All pictures where taken by him. The text is all me.

Godzilla arrives courtesy of BlueFin/Tamashii Nations and is available at BigBadToyStore! 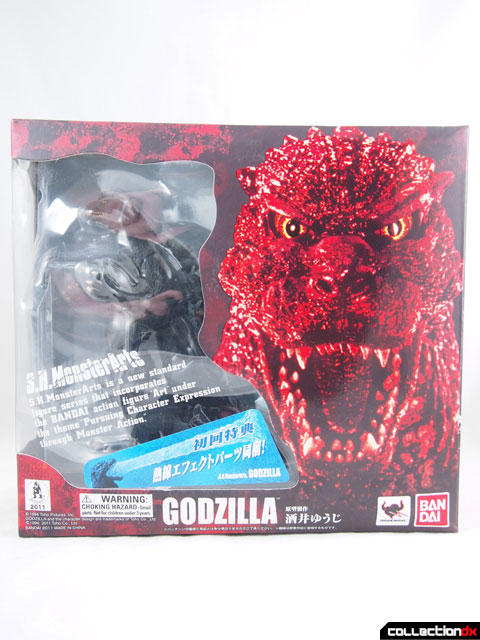 Godzilla ships in a cardboard window-box with images of Godzilla all over and a heavy red theme to the front. The box itself is a heavier card-stock than they normally use. 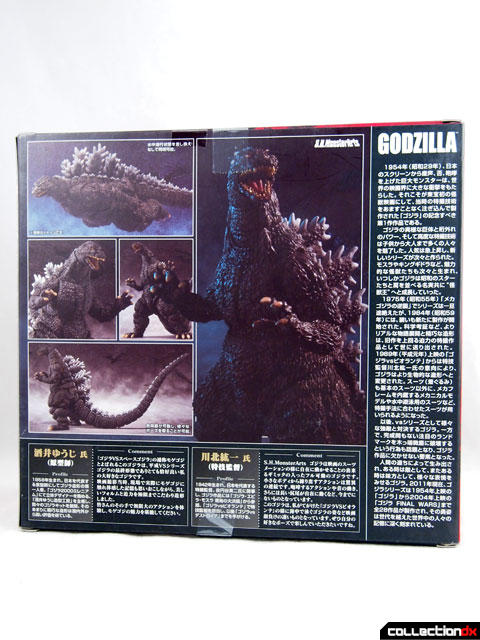 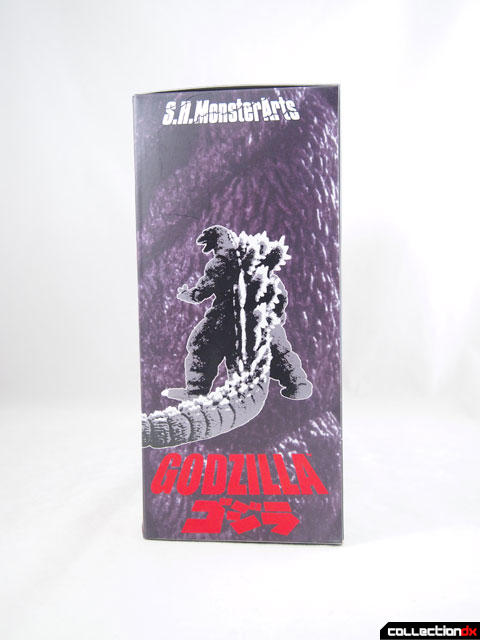 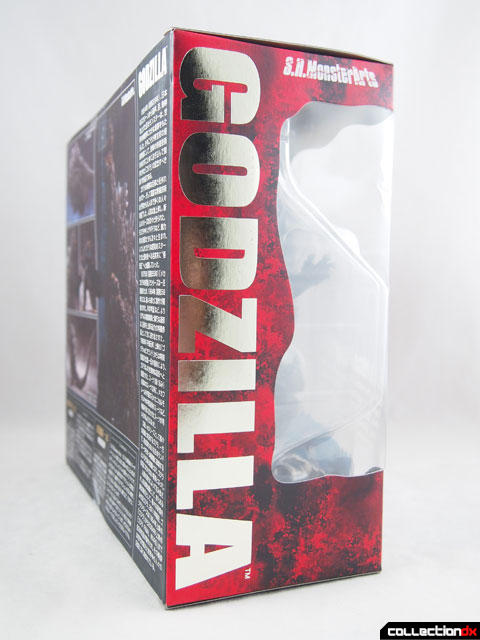 Inside the box, Godzilla and his parts are packed in the standard vacuum-formed tray. 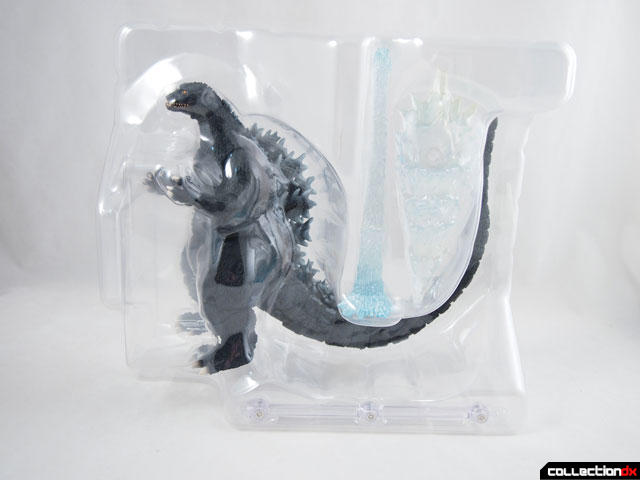 Freeing the figure from his plastic case you notice how heavy the figure is. He feels very dense, and very solid. I also immediately like that there is nothing to attach. His long tail is permanently afixed and there are no handful of posed hands to attach. 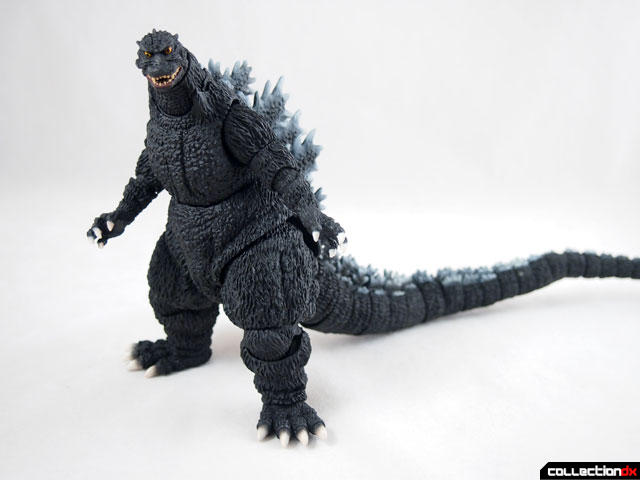 Sculpted detail is fantastic and paint applications all look good. I expected much more posability out of a S.H branded figure, though. He has a ton of joints on him, but range of motion is fairly limited. 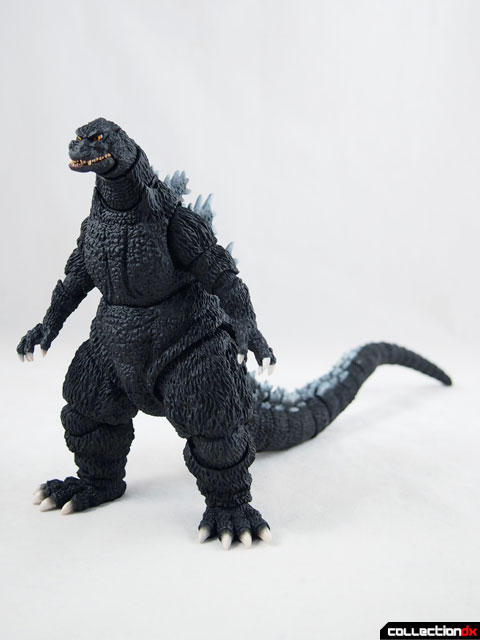 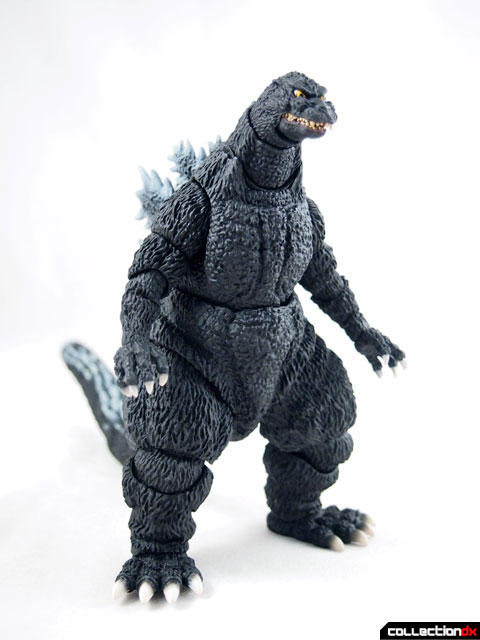 That’s not to say he he can’t pose in any classic poses, because he certainly can. I guess you could say he has just enough range of motion for subtle variety, but noting outrageous or exaggerated the way you can with their more traditional figures. 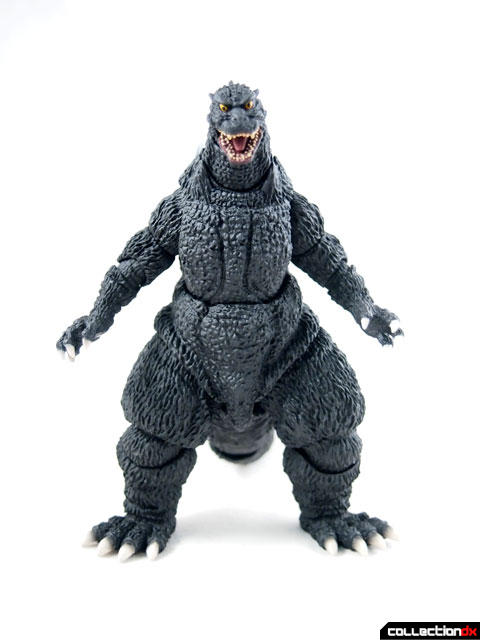 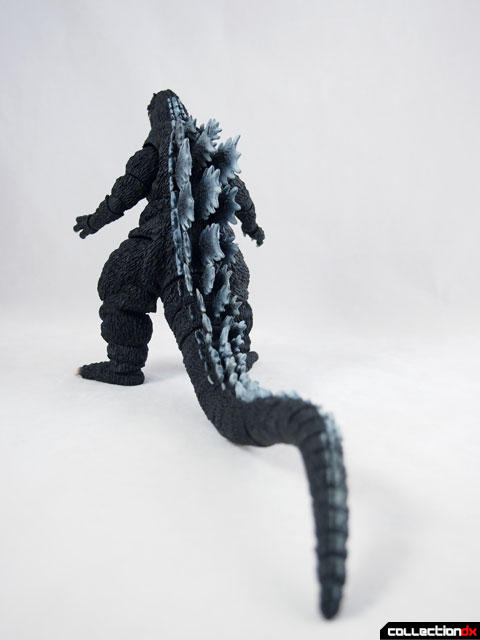 Godzilla can move his jaw and his head turns slightly side to side and up and down. 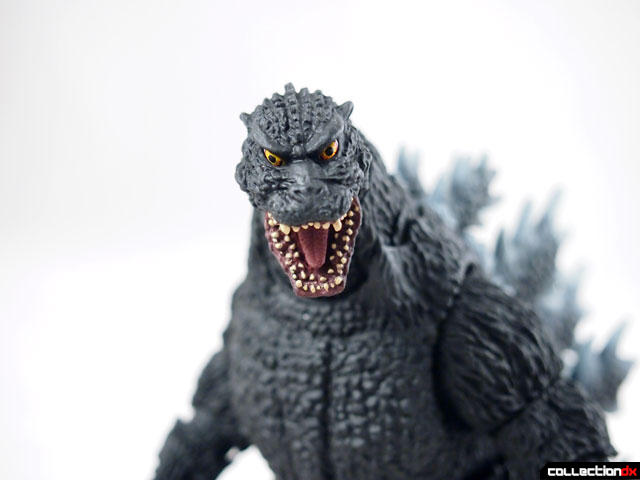 His tail is multi-segmented and allows for a variety of shapes. 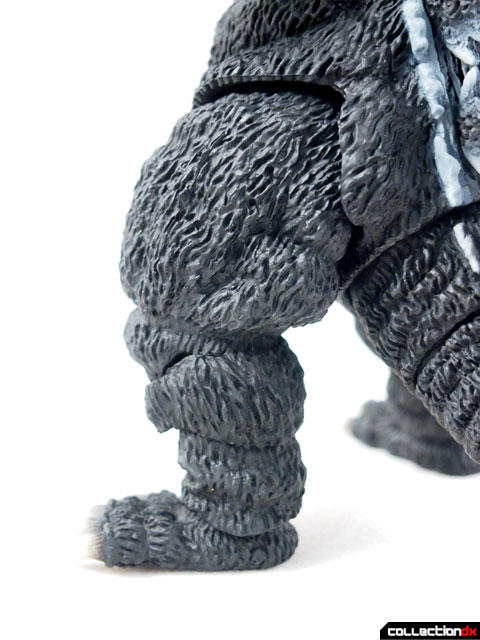 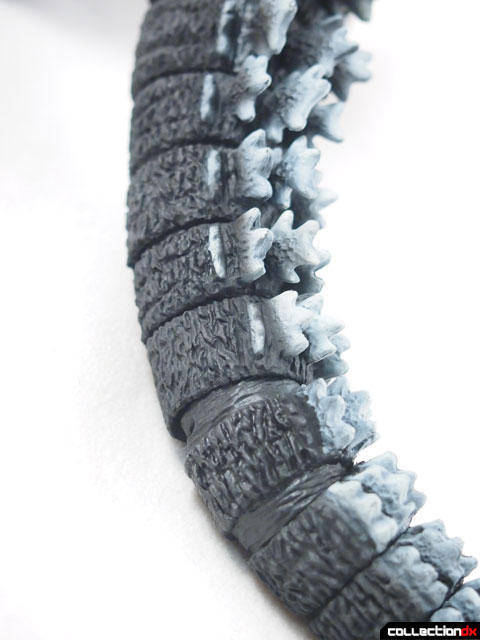 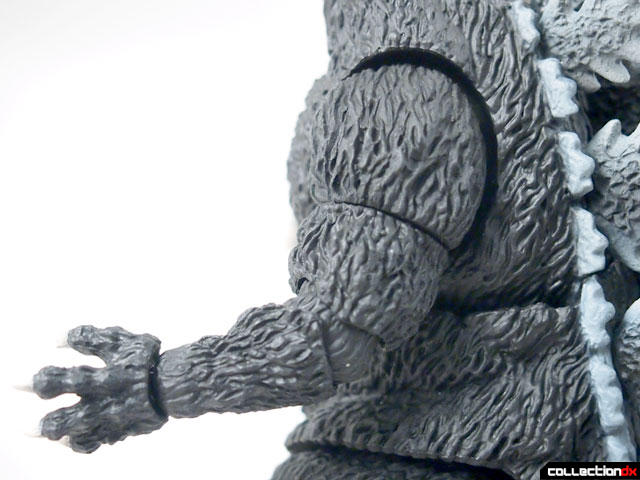 His arms feature the widest range of motion of all his limbs. 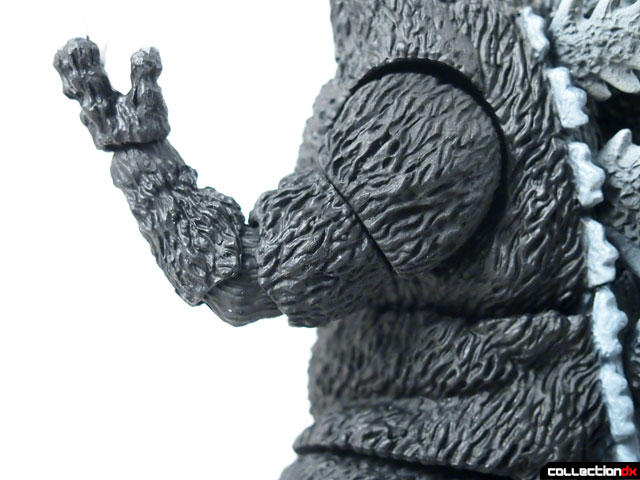 Accessories include an effects part of Godzilla's atomic breath/fire ray and a stand to hold it up. This includes a stand with Tamashii Nation flexible stand parts to hold the breath at just the right angle. 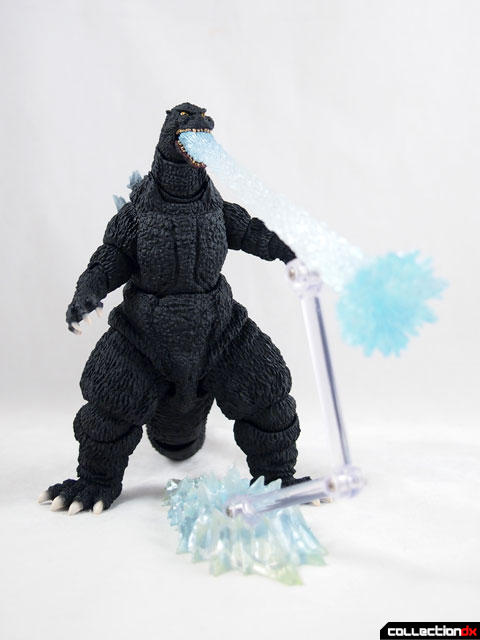 Despite not being as posable as I thought it would have been, it turned out to be a very solid piece and my nephews have already taken a real liking to this guy. As I wrap up this review I do believe they “borrowed” him when they went home... 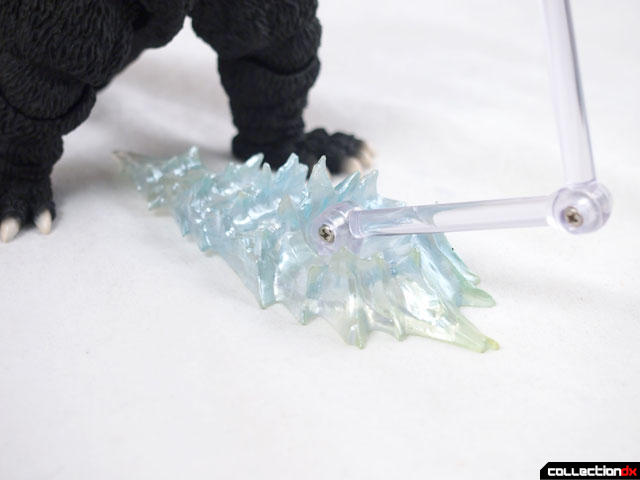 Godzilla arrives courtesy of BlueFin/Tamashii Nations and is available at BigBadToyStore!

2 comments posted
As long as he can fly

As long as he can fly backwards I'm ok with this. I've been thinking about picking up an S.H. MonsterArts. I'm just not sure which one.

Considering the range/extent of motion in the actual Godzilla suit (I know there's many of them), this toys posebility is fine. I think we expect too much in this department, sometimes :)