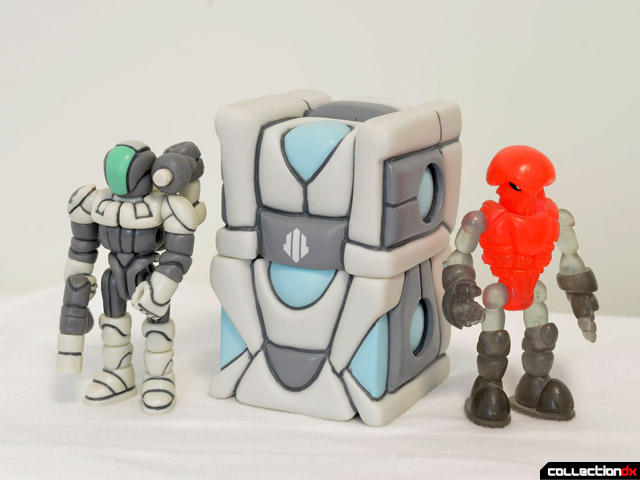 The Block debuted in the Experimental Mechanic Division drop alongside the Glyos version of the Rig Runner bike.  The version here is the Zorennor Exploration Division Block from March’s United Glyan Coalition release.  That’s a lot of in-universe nonsense terms that translate to ‘fun toys’.  The Block is cast in light grey soft vinyl with dark grey and blue details, and dark grey panel lines, with a tampo printed ZED logo. 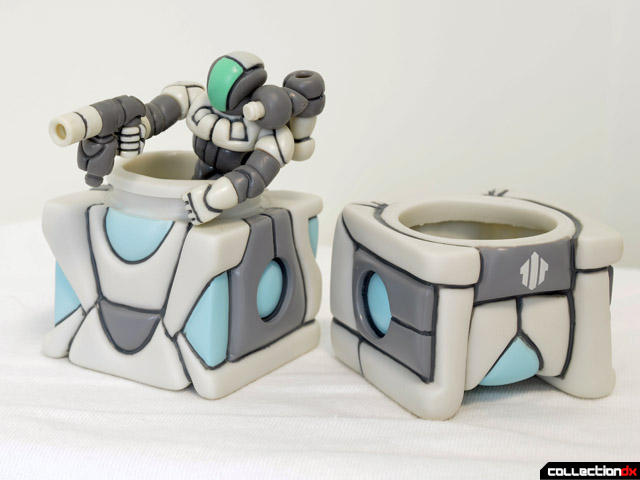 Made from two pieces and articulated in the middle, the Block is the Glyos-verse’s tribute to the hibernation capsules from the Microman line.  The joint is the same diameter as and compatible with the waist joint on the Rig and Armodoc. 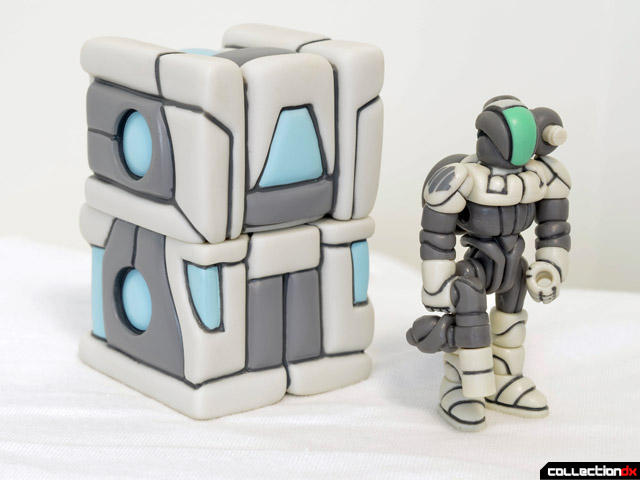 The Block’s form is clean and sharp, with different details on every surface.  Even as just two pieces of vinyl forming a rectangle, turning the Block over in your hands is fun to look at and touch.  You can turn it over or lay it down and see the beginnings of all sorts of ideas, from mechs to spaceships, and even buildings. 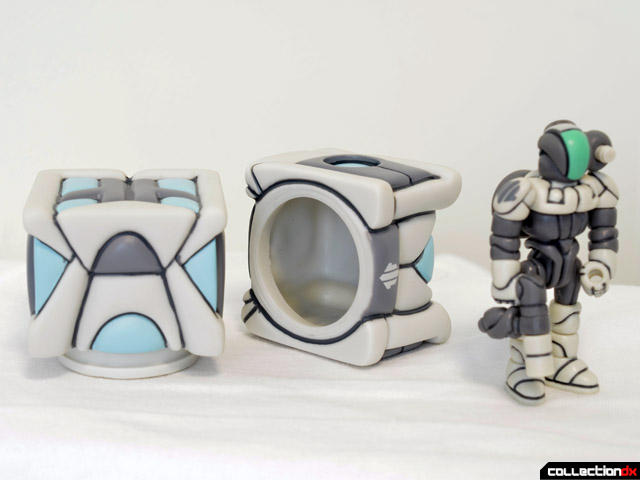 The Block is a cool little accessory on its own, but it doesn’t do much.  In proper Glyos fashion, though, the Block by itself is only part of the equation. 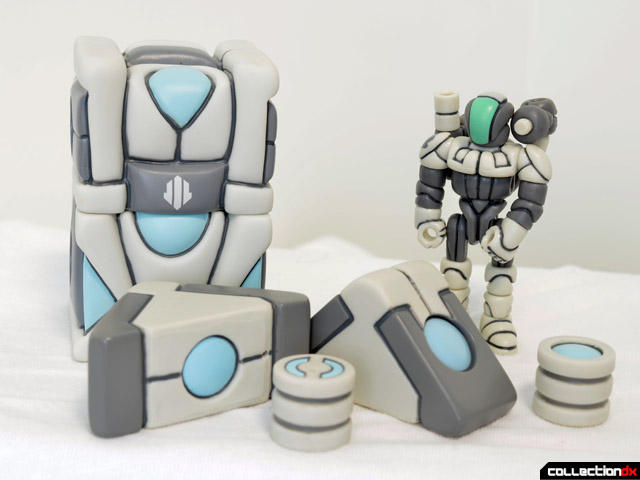 The Glyos building vinyl line gained two more component pieces in the UGC wave: the Tri-hub Wedge, and the Switch Pin.  The Wedges and Switch Pins were offered individually, and are designed to open the floodgates of vinyl building possibilities. 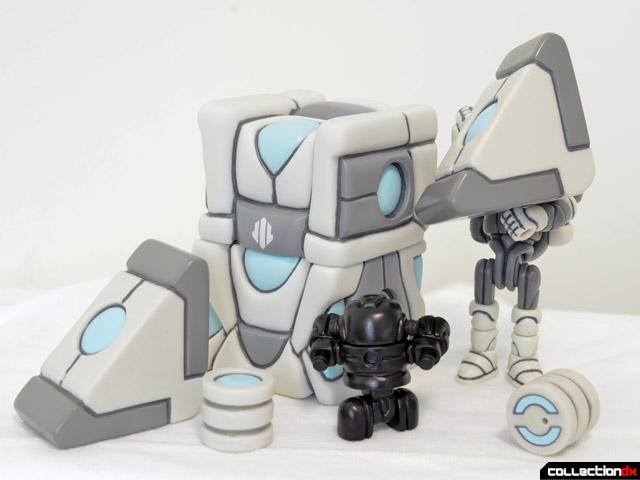 The trick built into the new Block system is that all of those circular details on the Block and Wedges are the same diameter as the smaller joint on all of the existing vinyl Glyos offerings.  The circles make for nice details, but are intended to be cut out as needed.  Things are going to get gory now… 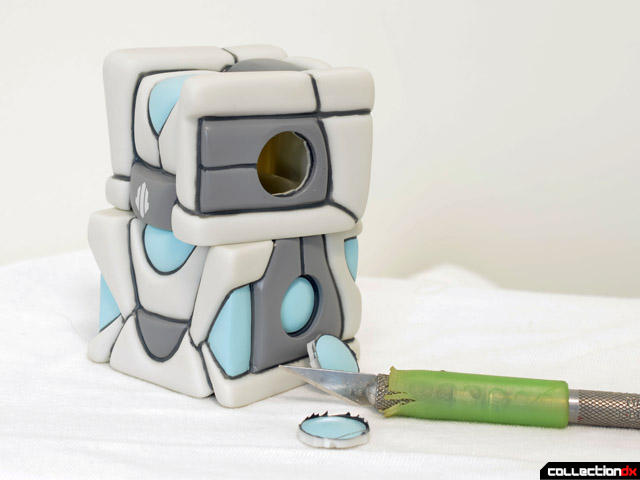 I used a sharp X-acto knife blade and worked slowly so as not to overcut.  If you are having trouble on a part, heat up the vinyl with a hairdryer to soften it.  It’s scary cutting into a brand new vinyl toy for the first time, but once you take that first plunge, things get interesting. 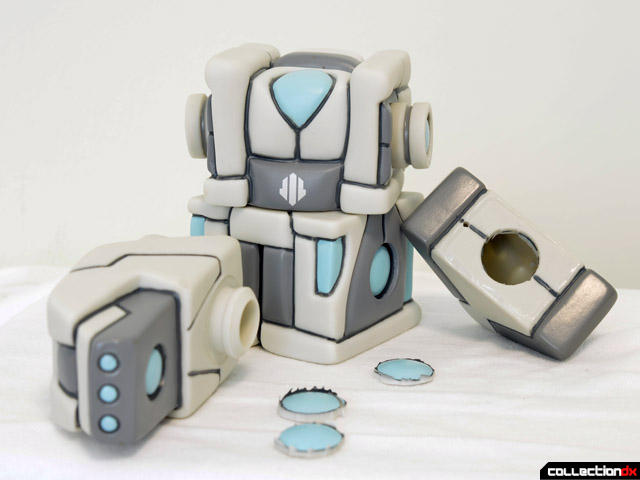 The Switch Pins are also the same diameter as the circles, meaning that they can act as a connector between two ‘female’ joints.  You can start to see where this is going… 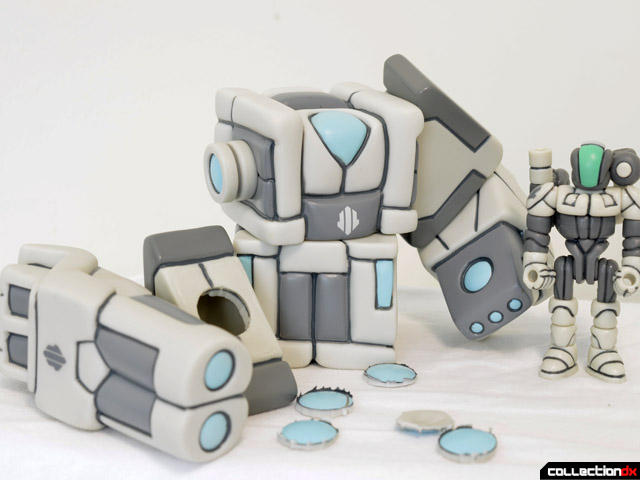 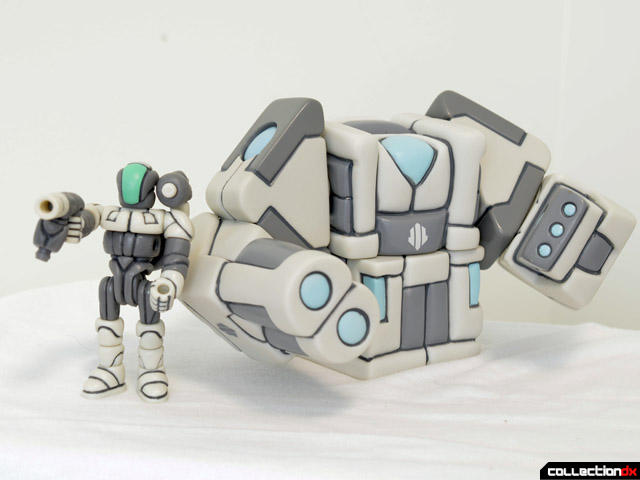 Along with the Blocks, Wedges, Pins, Rigs, and Bikes, there were Rig Arm accessory sets available as part of the release, giving you all the tools you need to start getting creative.  I whipped up this simple Block Power Suit shown on the Glyos blog using one Block, two Wedges, two Switch Pins, and one set of Rig Arms.  You can see many more builds on the Glyos blog for examples of how crazy things can get once you start introducing Rigs and Bikes. 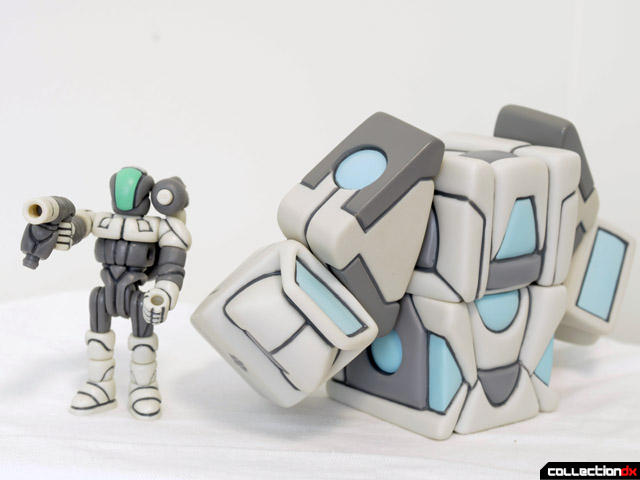 I’m just going to throw this out there: I LOVE the Block system and Onell Design’s approach to vinyl toys.  For a while now, vinyl toys, especially of the ‘designer’ variety, have had an air or stigma around them based on the intention of the form, and debates about customization and ‘artist’s intent’.  Onell has bypassed the issue entirely, and is using vinyl to make affordable large scale companion pieces to their figure line with the same potential for building and customization with a relatively low barrier to entry as the PVC figures.  With the advent of the Block system, the potential for Glyos vehicles, mechs, spaceships, and whatever else people think up has exploded.  The parts are cheap, available individually, and designed to allow for as much or as little tinkering as you can stand.  Once you’ve come up with something, you are left with a big, chunky, durable vinyl toy of your own design.  With a common set of parts, everyone can have a different experience, and I love that. 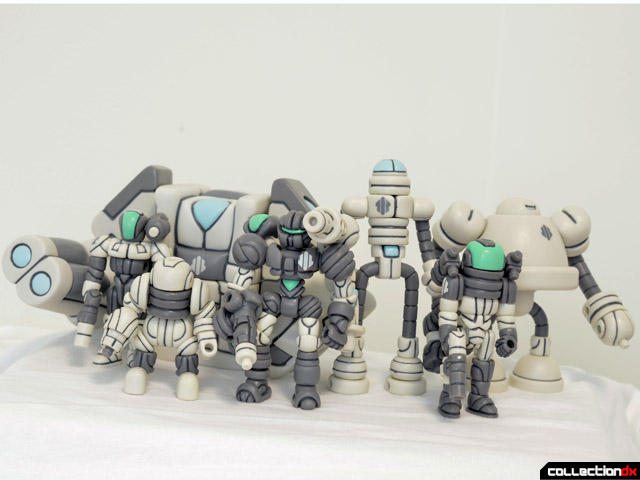 I tend to come up with pretty tame mech designs and am just happy to make little squads based on each wave, but I expect we will start seeing some pretty outrageous builds in the coming months as people get their parts and start experimenting.  There’s supposed to be a refresh of building parts on the Glyos store later this month, so keep your eyes peeled and give them a shot!