One of the highlights during my Toy Fair 2012 visit was when we were shown the new Godzilla lineup for 2012. I was not only surprised that a few figures were being released, but I was taken aback at the sight of alternate clear and sparkly versions! I have to say that Bandai really stepped up. They went beyond their standard vinyls that you always see at the big toy stores. They made clear and sparkly versions of them to boot. Today we'll be taking a look at the Fusion Series Gigan.

Gigan comes in a small cardboard package that is identical to the previous releases save for the graphics which have been updated with the Japanese Godzilla logo. The box allows you to see and feel the entire figure. The only difference is this Fusion sticker which differentiate this from the normal version. 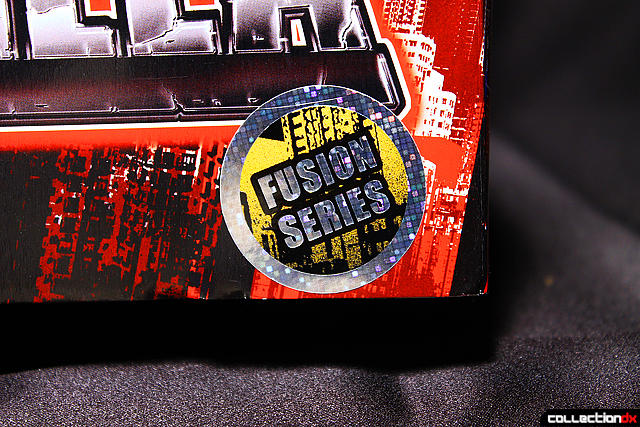 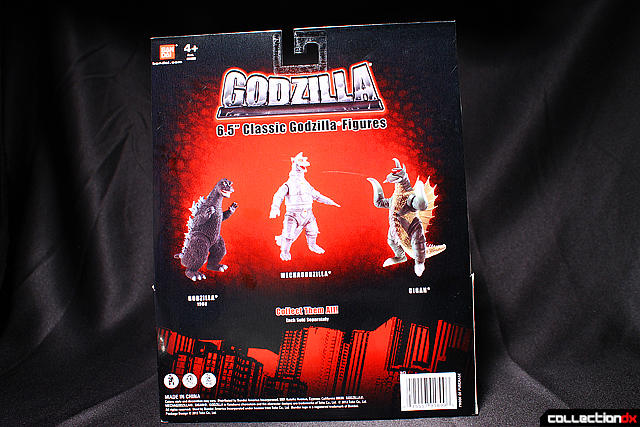 All it takes is snipping three zip-ties to release this lovely sparkly beast. While doing so, I noticed the vinyl is much softer than the normal versions. Considerably so. The vinyl is not completely clear, it is more of an opaque vinyl with metallic reflective bits embedded into it. 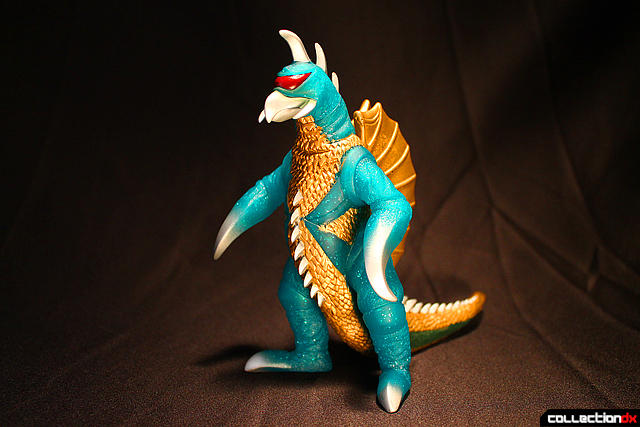 This is the same mold used in the normal version. According to Bandai, they were not allowed to used the same molds that were used to make the Japanese Godzilla figures, so these are different sculpts that are slightly bigger. I love the aqua green vinyl used in this version of Gigan. 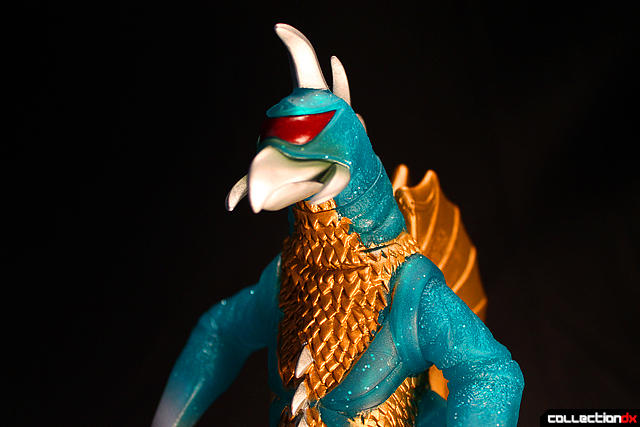 The sparkles are much easier to photograph on Gigan than they were on the Godzilla. It still does not do the figure justice. 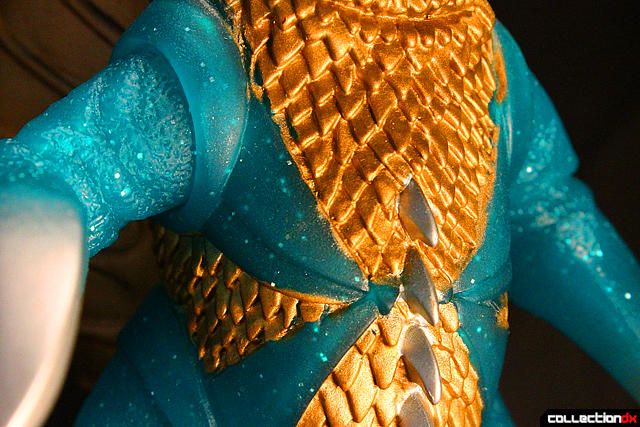 I love the look of the visor. It's one of my favorite features of this monster. Kind of looks like headlights on a Japanese motorcycle. 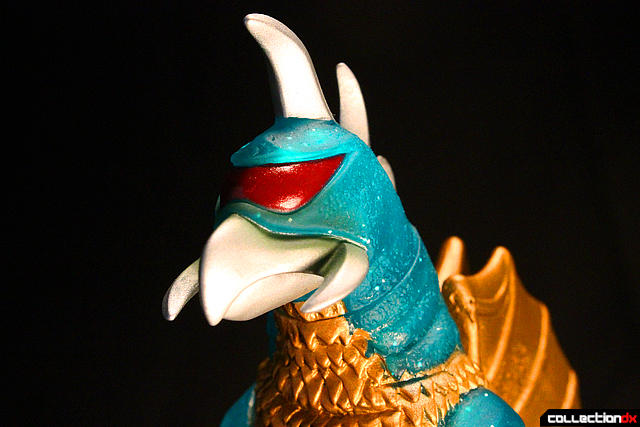 The triple spine-fins look great. The paint apps are very good for a simple vinyl figure. 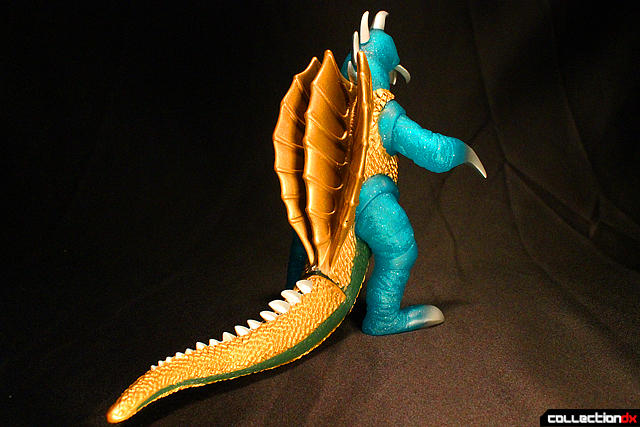 Articulation is very simple although generous. 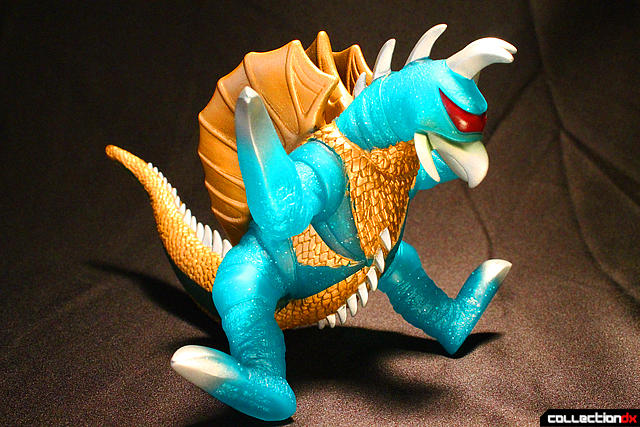 Here you can see the differences between the Fusion Series and normal version Gigan. While I give kudos to Bandai for going beyond your standard cheap toy store vinyl and making the Fusion series and Tokyo vinyl series, I am a little worried that they are not keeping to their promise of making these very easy to get. I have yet to run into another ever since I picked it off the peg. 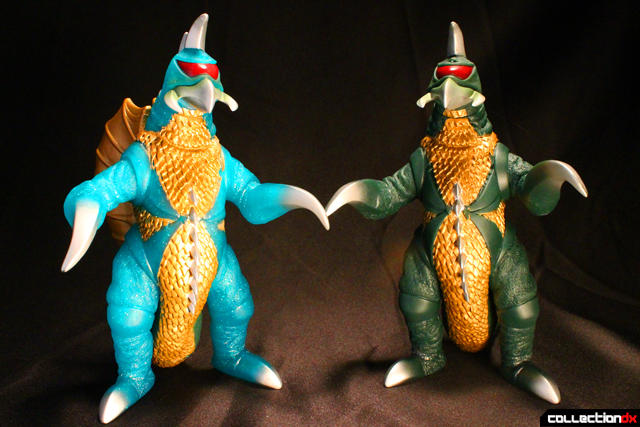 A space menace was never so... gaudy.
I do quite enjoy what they're doing with this line; can't wait to see more.

The colors on this thing are terribly garish and nasty.