Ggrapptikk is the second character released by Four Horseman for its Power Lords reboot. Two color variations were available in limited numbers at the New York Comic Con and through FH's online store. Like the teaser Power Soldier figures released in September, these are simpler, army-builder versions of other characters. In this case, Ggrapptikk is the "grunt" variant of our favorite four-fisted brute, Ggripptogg.

They were packaged in simple numbered bags.

The colors are a little lurid in comparison to the Power Soldiers and the other color schemes I've seen so far, but are standard for the recent waves of Onell figures. Ggrapptikk looks right at home with his little cousins, but In the context of the Power Lords the purple and magenta might be a little goofy. 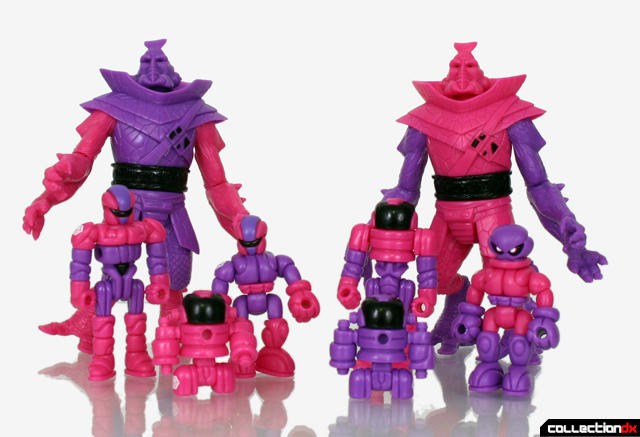 Ggrapptikk is a great looking figure, a worthy update to the original character. FH has realized the essence of Ggripptogg, while updating the build and sculpt nicely. 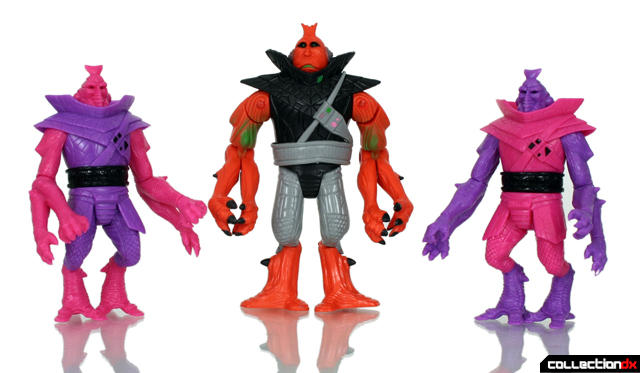 A staff accessory is included. 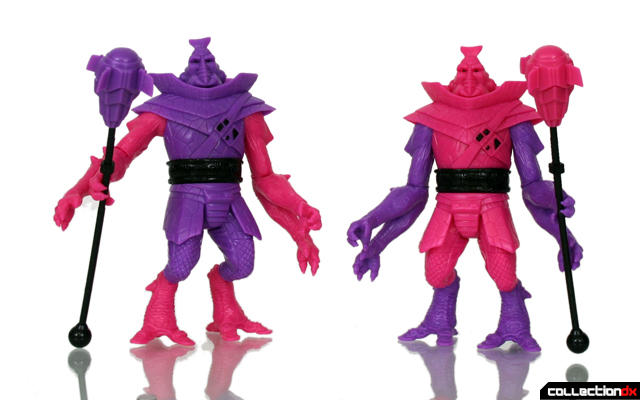 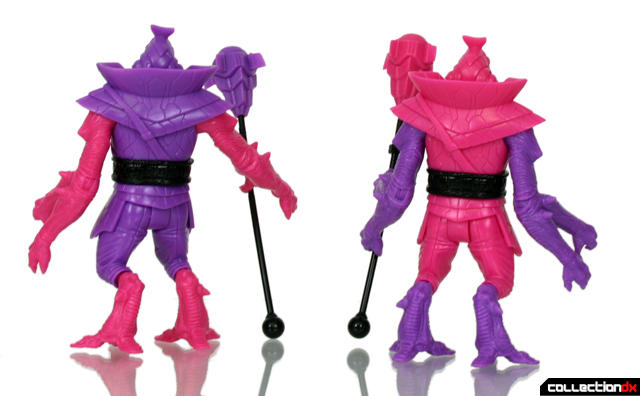 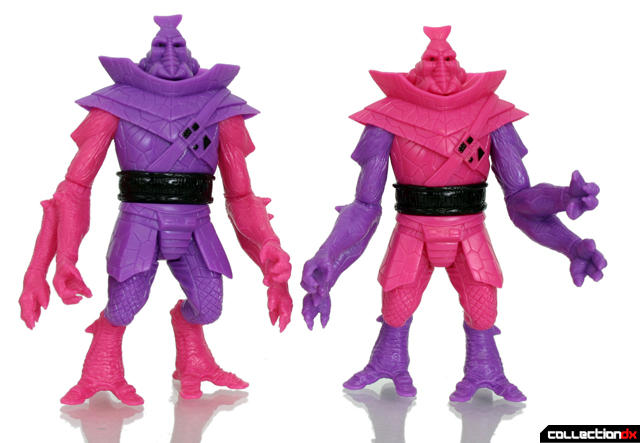 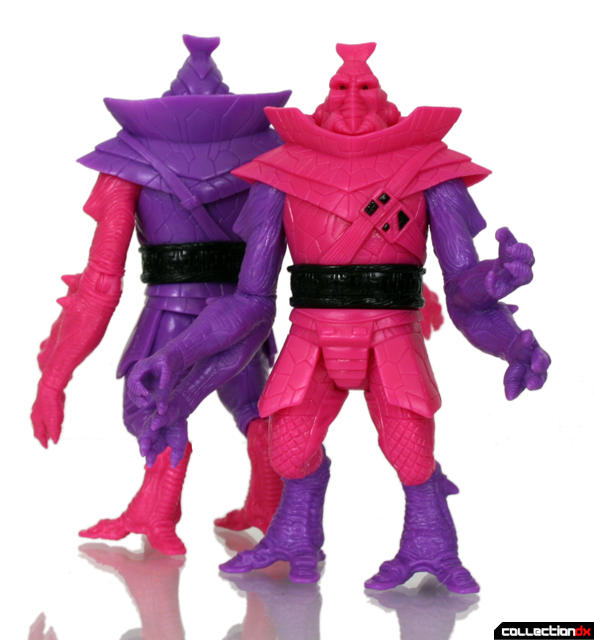 My single complaint is that the fixed double arms lose some of the distinctive charm of the original. I'm sure there are solid logistical reasons for the change, but I'd love to see them opposed and individually articulated. Ggripptogg almost looks like has single, meaty arms which have been split down the middle, with the raw musculature exposed.

Surface textures are well detailed throughout: the magma-like feet, the fabric on the legs, the plated armor, the sinewy skin. 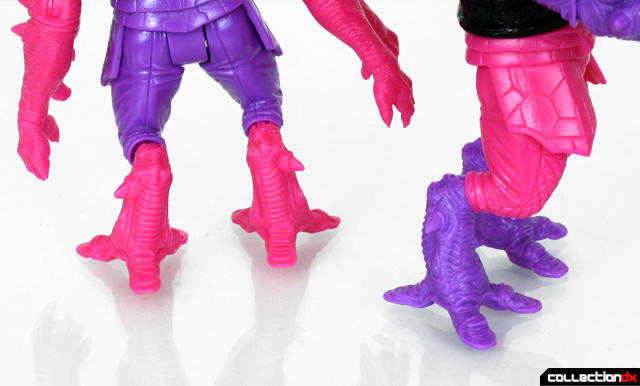 Articulation is appropriate but nothing outstanding. There's not a lot you can do with that backwards leg design. The hips are limited by the apron piece. The elbows bend about 45 degrees and swivel. The shoulders swivel and swing up and down. The head is on a ball joint. I'm happy to see ball joint plugs introduced into the Glyos vocabulary with this and the Power Soldier figures. 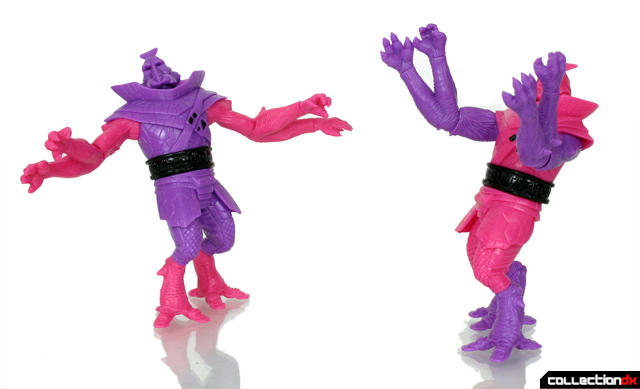 So a fun, respectable figure. I look forward to seeing the final colors. These have a very prototype feel as is. 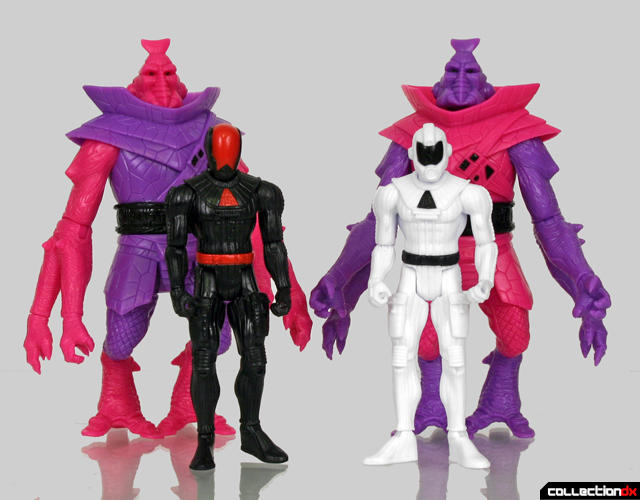 When I reviewed the Power Soldiers, I was rightfully criticized for neglecting the modularity and Glyos compatibility of the figures. This time I've dug in a little more. 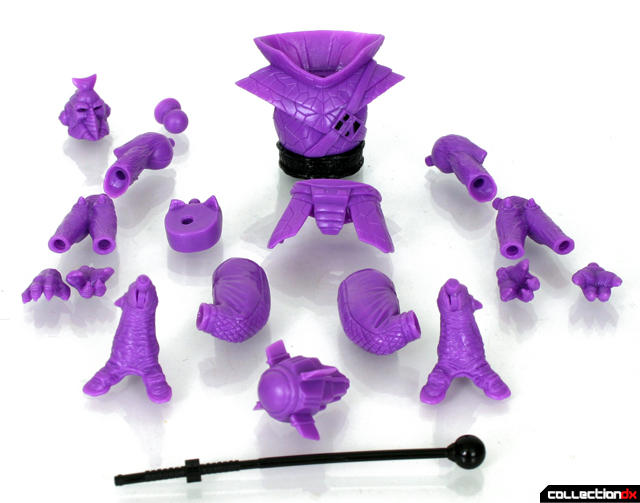 Here they are with parts swapped to be monochromatic Ggrapptikks. 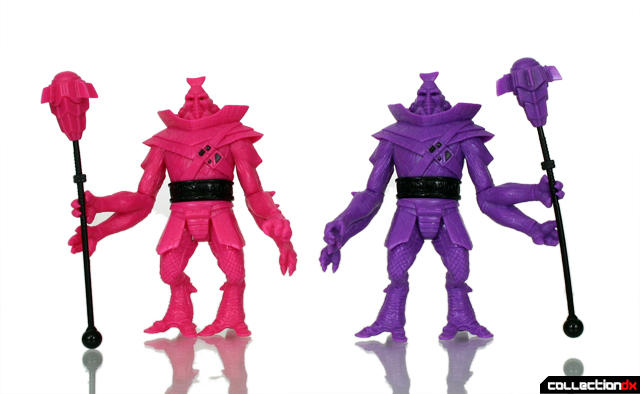 And here's some other configurations. 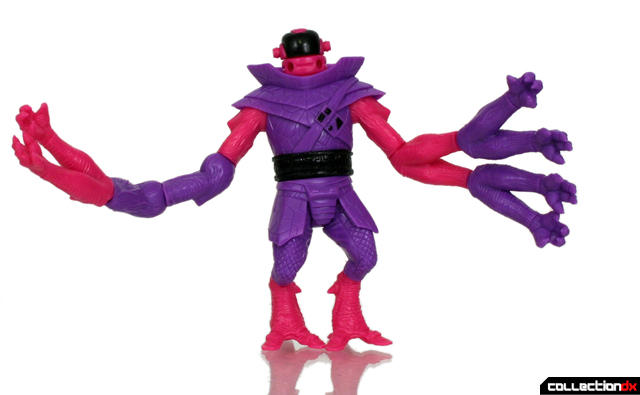 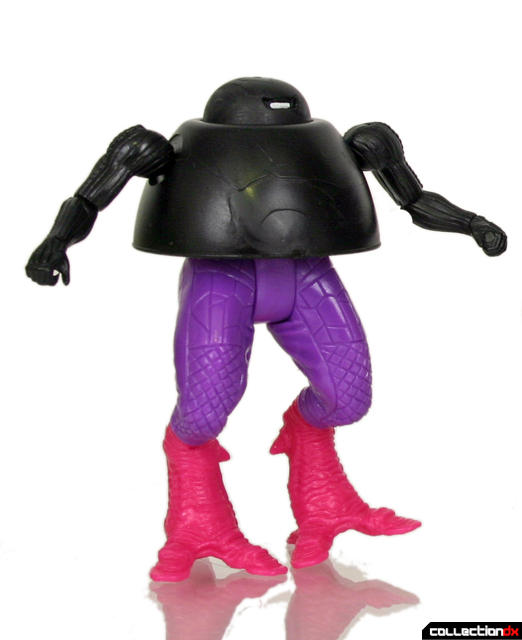 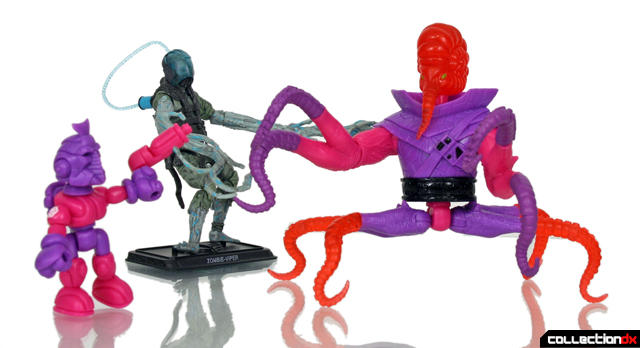