I've had this figure for a couple of months so I've had some time to think about this figure before sitting down to write about it. It's one of the latest in the line of Generations which thank goodness has not been given up on yet. Most of the Generations figures have been great. Kup is no exception. Let's take a look at this figure starting with his vehicle mode.

We may be familiar with his G1 Cybertronian look, but he is captured this time around in a more down-to-earth pickup style with a two tone finish. 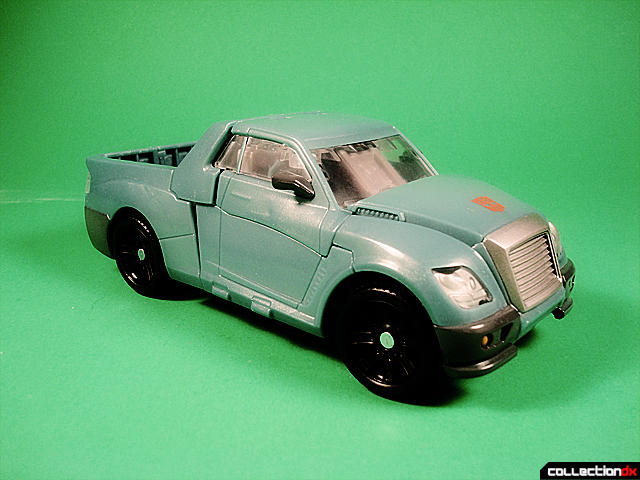 He's even got those cool clear taillights which were all the rage in 1999 on Honda Civics. 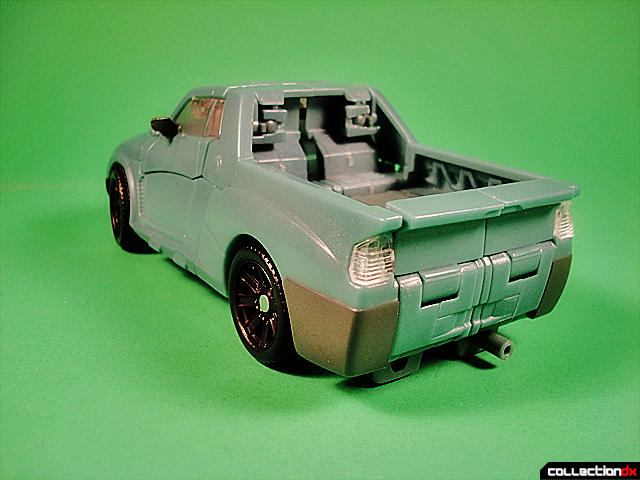 I'm not sure if this feature is a coincidence or a well thought out result of clever engineering, but Kup has a working tailgate. Nice. 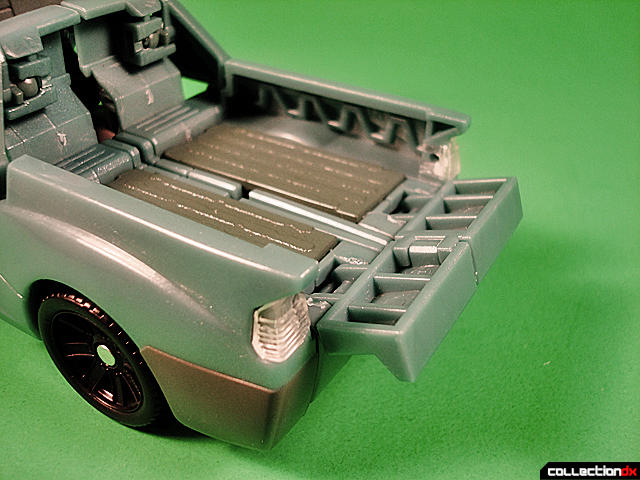 Kup has minimal shell former characteristics. Everything gets tucked underneath and is covered by carefully placed and executed panels- as seen in most newer transformer figures. However, you can't just tuck these parts anywhere, there is some precision involved to get everything to fit and line up properly. 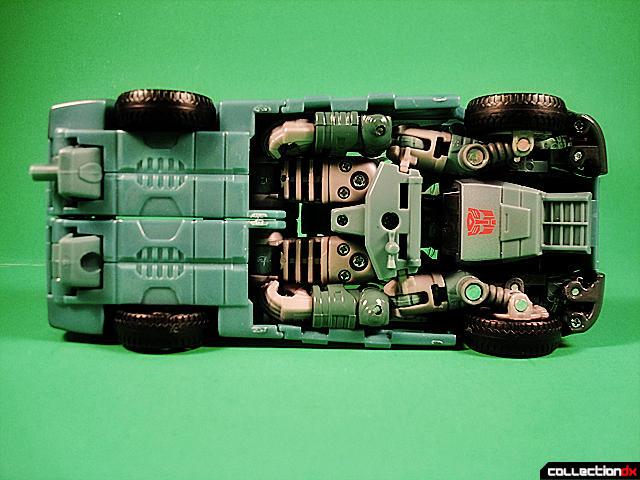 You can place Kup's weapon on the truck's roof. It has the c-clip type connectors as seen in other newer figures. 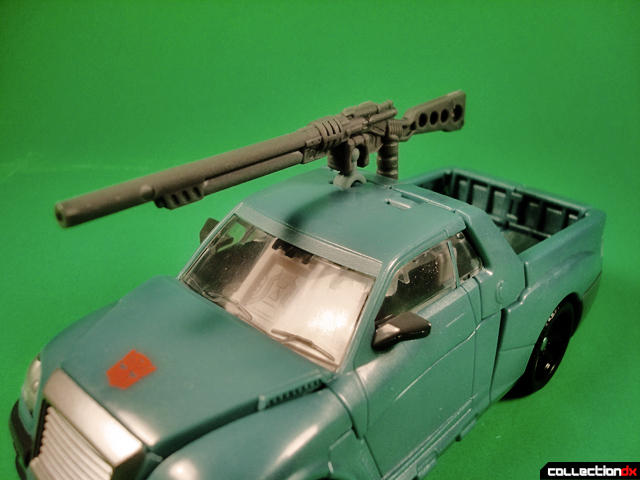 Any vehicle with a grill like this usually has some power underneath. At first the face of the truck looked strange to me, but it's quite nice after giving it some time to sink in. The blinkers are detailed in amber paint. A rather subtle touch that could have easily been looked over by Hasbro trying to cut costs- but fortunately they didn't. 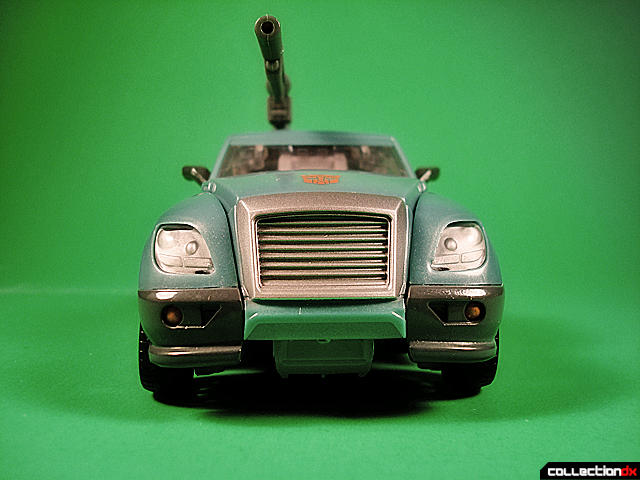 Transformation to his robot mode is so much fun. There are spring loaded mechanisms on the fenders which allow the fenders to retract and form his chest. Really well executed engineering. I would like to thank the person or people involved with figuring this system out. Well done! 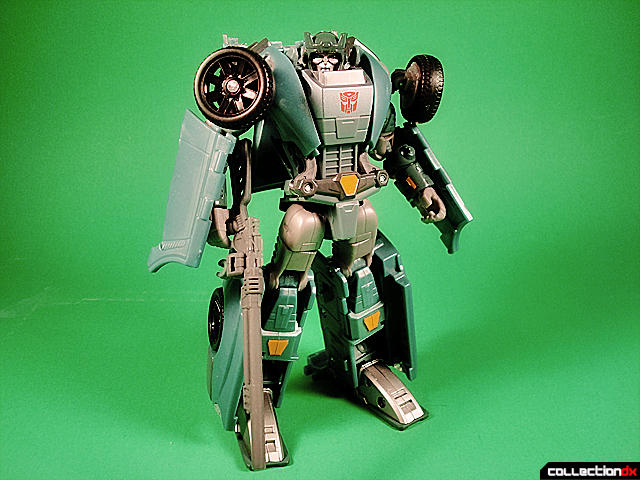 You'll see here that the face is unmistakably Kup. However, many people have opted for the third party heads for their more comic accurate sculpts and cygar gimmick. 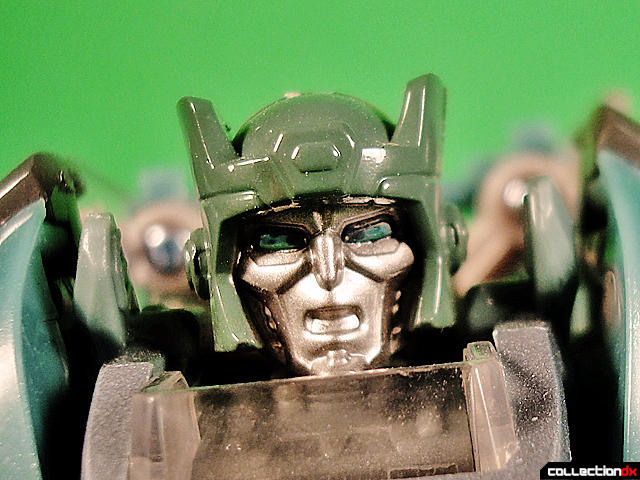 The head features really cool light piping. You gotta love that clear deflector on his chest. 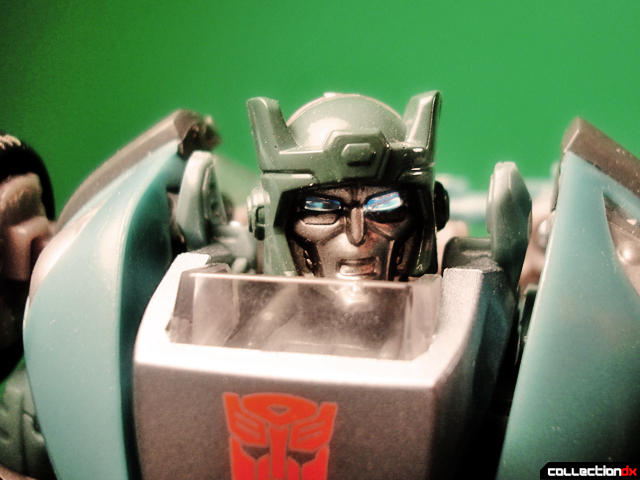 He is quite pose-able to boot! 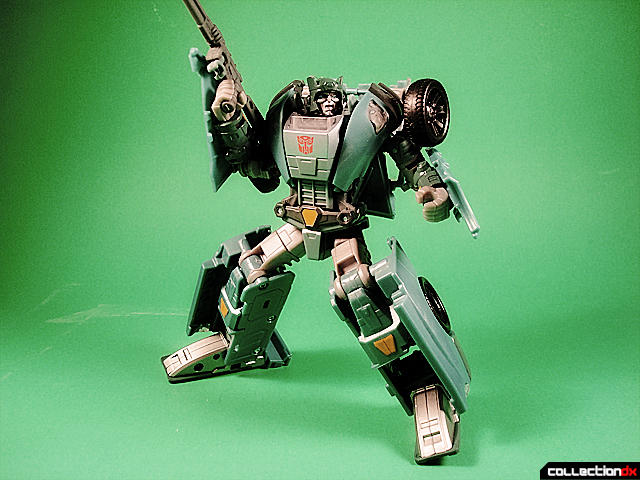 As of this writing, he is a tad difficult to find in retail stores, but not impossible. It's an excellent figure and rendition of Kup. 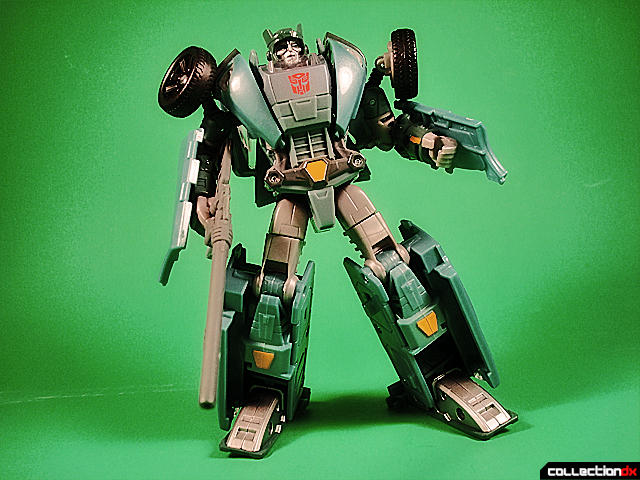 Awesome figure! One thing though: dunno if you knew, but the gun can fit underneath the car in that hole to make a second tailpipe. The peg on the bottom is where one of the holes in the stock can fit.

Thanks, you know what? I was wondering why there was a peg hole there when it was in robot mode... cause its for vehicle mode. Thanks for letting me know