In our lifetime, we have been witness to many tragedies. John Lennon was assassinated. The Space shuttle blew up (a few times). 9/11. Raoul Julia playing M. Bison in the Street Fighter Movie.

You have to remember; back in 1994 I was a HUGE Street Fighter fan. I dropped enough quarters on Street Fighter II machines to put a kid through college. When the movie was announced, my friends and I all made a plan to go see the movie. We didn’t have the internet then, so we had no idea if it was going to be any good or not. We were just Street Fighter fans, so we had to go.

We went to a nighttime showing at the Showcase Cinemas in Lawrence Massachusetts. The theatre was basically empty. Not a good sign.

Now that I think about it, this may have been my first experience with Hollywood basically raping a franchise that I was into. We’re used to it now, but back then most of the movies I saw were pretty good, and not necessarily translations from comic books or video games. Maybe this was the beginning of the end. Has there ever been a good video game movie?

To go into detail about why the movie was so horrible would be to drudge up repressed memories that would likely leave me crying in the fetal position in the corner. First of all, the movie centered on Guile, of all people. Jean-Claude Van Damme played Guile, while the key characters in the game, Ken and Ryu, are but a side story, but the big shame was Raoul Julia as M. Bison.

Don’t get me wrong, I loved Raoul Julia. I thought he was a tremendous actor. He brought the only bit of spark into that entire movie, but you see, Raoul Julia was suffering from stomach cancer when he took on the role of M. Bison. Poor, frail, gaunt Raoul Julia was stuffed into a muscle suit, hung from wires, and swung all over the place in a travesty of a movie. He played the part as well as he could, much more than was required for a movie of that caliber. It was his last theatrical role; he suffered a stroke and died before the movie was released. Perhaps it was better that way.

As with any major kids movie, there were toys. There weren’t a lot of Street Fighter Movie toys thankfully. Those that were released were put out by Hasbro. 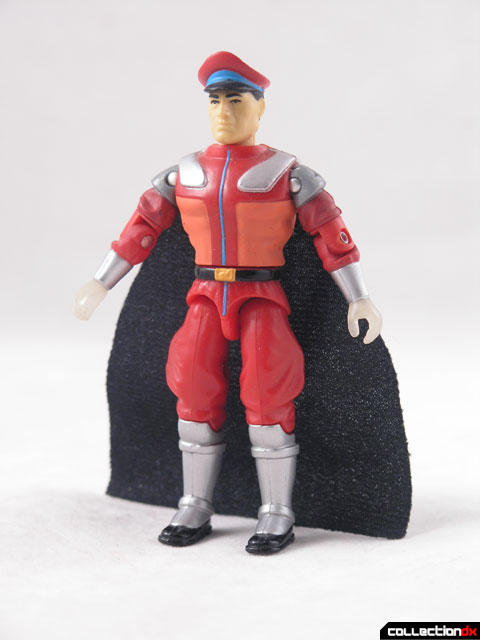 The figures were basically GI Joe figures, and the vehicles were repurposed GI Joe vehicles. The toy line was handled pretty much the same way the movie was: with as little grace and finesse as possible. On purpose, I bought none of them.

Sixteen years later, I am at a yard sale, and I spy M Bison in a pile of action figures. I pick him up for a dime. He’s worth a dime. 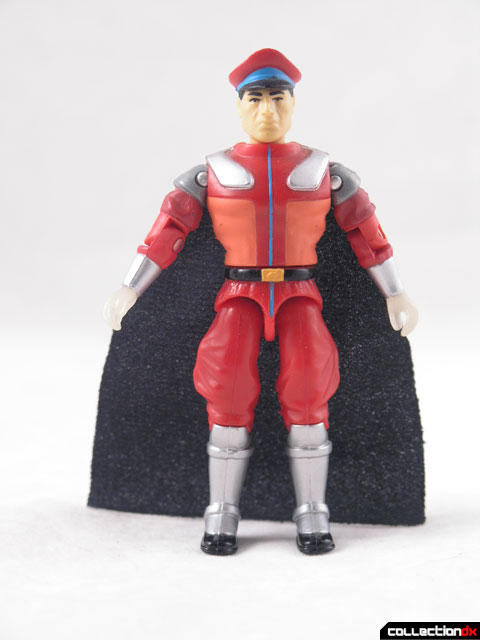 Separated from the feelings from the movie, the figure is as good as any other Joe figure at the time. Swivel biceps, that waist held in place by a rubber band – both Joe hallmarks. 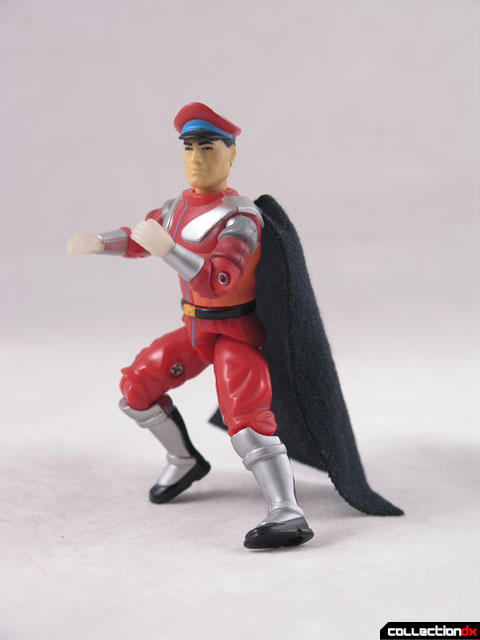 The figure does have two things going for it. For one, it’s got a cloth cape, which is permanently attached, so there is no chance in losing it. Secondly, the hands glow, mimicking M. Bisons’s evil force lightning. Oh, wait… 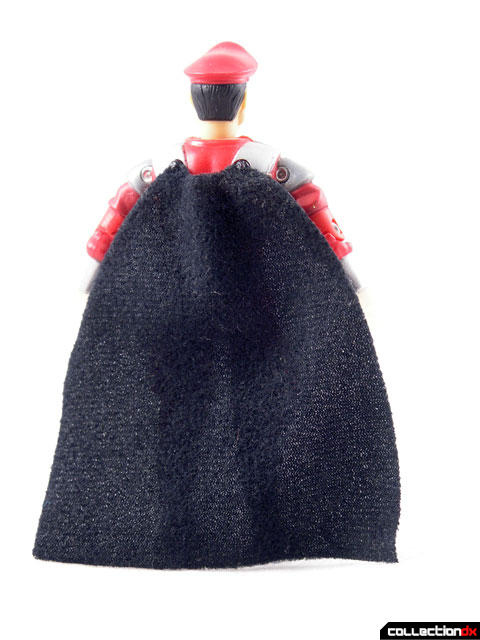 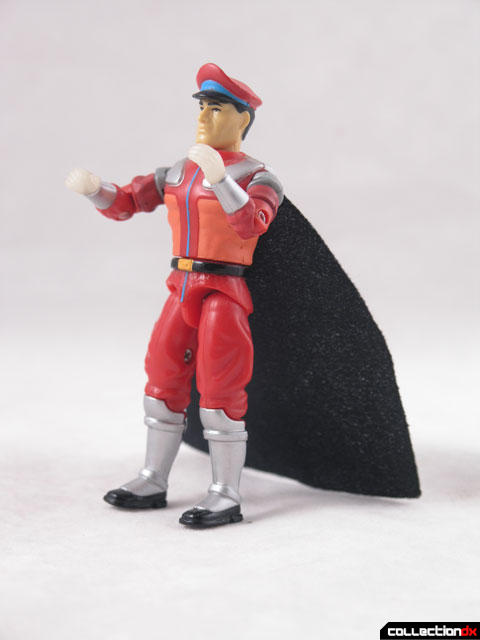 I think this is the first time I am glad an action figure looks nothing like the actor that played it. Maybe that’s by request. Maybe somewhere in Raoul Julia’s contract there was a clause that forbids his likeness being used for toys from that piece of crap movie. I wouldn’t have blamed him.

Imagine your cancer-ridden likeness being sculpted into a GI Joe figure. What kid wouldn’t want that?

By 1986 I was already out of the GI Joe collecting racket. They were moving too far away from a good honest army figures and moving towards Sci-fi and environment themes that I just could not relate to. I was knee deep into Anime and real Militaria during this time.

When these Street Fighter came out I thought these figures were a fresh approach to the GI Joe line. I was not collection toys at the time but I did appreciate these releases.

To me this is the real shame of the Original 1982-1994 GI Joe A Real American Hero line: Why didn't Hasbro licenses its figure for other series similar to Street Fighter? It would have been great to see the GI Joe style figure on so many other properties and it would be great to see the needed fresh ideas integrated into the GI Joe Universe.

Even today when I brought the idea up to Hasbro in one of our question and answer I asked them if they will license the new GI Joe figure style for other properties. They quickly nixed it. Oh well....

Raul Julia was easily the best part of the Street Fighter movie. I'll gladly give you Two Hundred Bison Dollars for this toy. I'll give you half now.
http://www.majhost.com/gallery/secretcode/gifs/bison_money.jpg

They did GI Joe styled Mortal Kombat figures back then as well.

Wasn't the MK movie at least kind of decent?

The first one, yes. The second was awful.

For the Chun Li action figure, the day you posted this review was the most important day of her life.
But for the Bison action figure...

Haha, I love reviews when they come with a story -- one with which many of us can relate.

Thank you for the fun review.

The day M. Bison action figure came out was the most important day of your life...

But for me, It was Tuesday. OF COURSE!