Back in the day, we didn't call Walrus Man "Ponda Baba" because that was a tough thing for a kid to say. So sometimes the aliens got catchy nicknames like "Hammerhead" or "Snaggletooth" We didn't know their real names, and didn't care much  back then.

When the POTF2 line started putting out old-school characters that had never had toys before, they had a choice to make. Did you use the proper character name, or give them a catchy kids name? With Garindan, they gave them the nickname "Long-Snoot" which nobody has used, ever. The idea never took, and nobody called him that ever again. 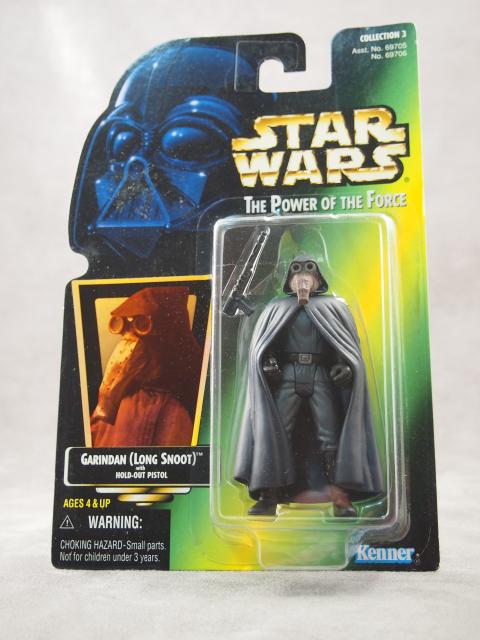 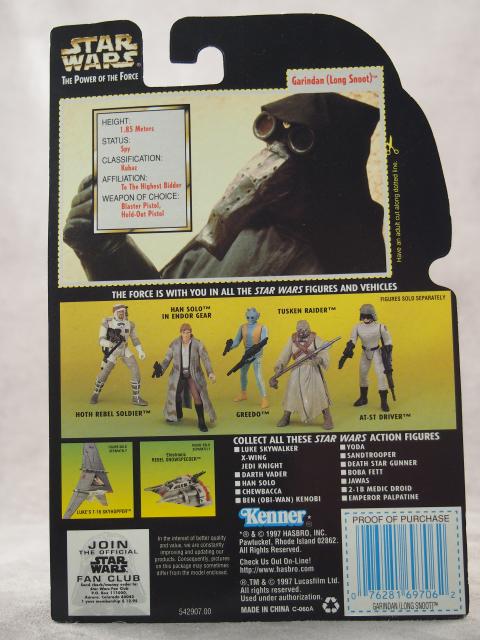 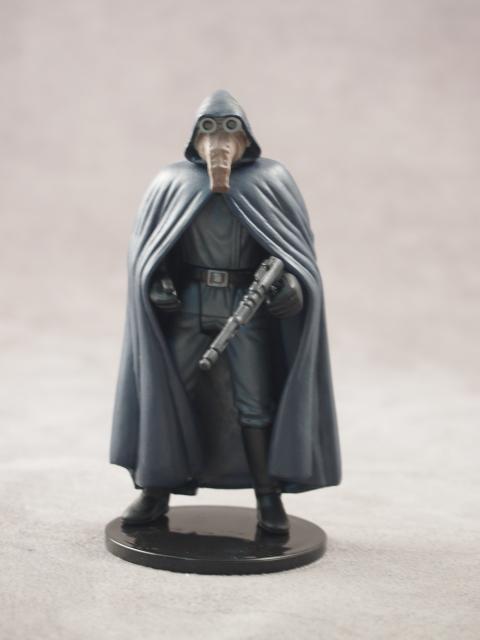 Garindan is the guy who rats out Luke and Ben in Mos Eisley. It's really suprising that this guy never got a figure in the vintage line, as I'm sure he captured a lot of people's imagination. He was easier to make out than a lot of the cantina patrons, and very distinctive. 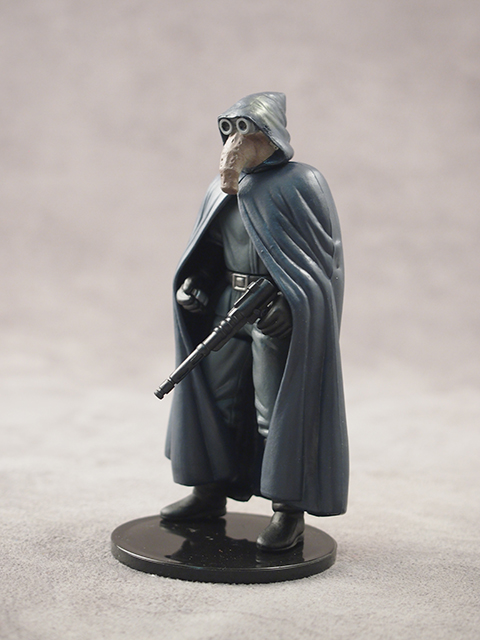 His weapon is named "Hold-out pistol" whatever that means. But a nice touch if you can notice it is that the communicator he used is molded into his right hand. 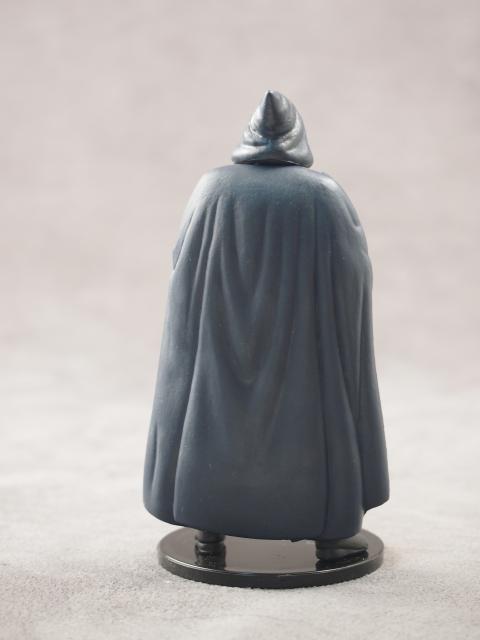 The cape is a separately molded piece but is not removable. His body looks a bit like Tarkin's but I haven't done a side by side comparison to be sure.