When I first bought the Remco Mummy, I thought it would be neat to complete the set and review them all in a row. That's not gonna happen, I'm afraid. Money's too tight and The Creature and the Phantom are too expensive ($400+). So for the foreseeable future, Frankenstein will be the end of the line. 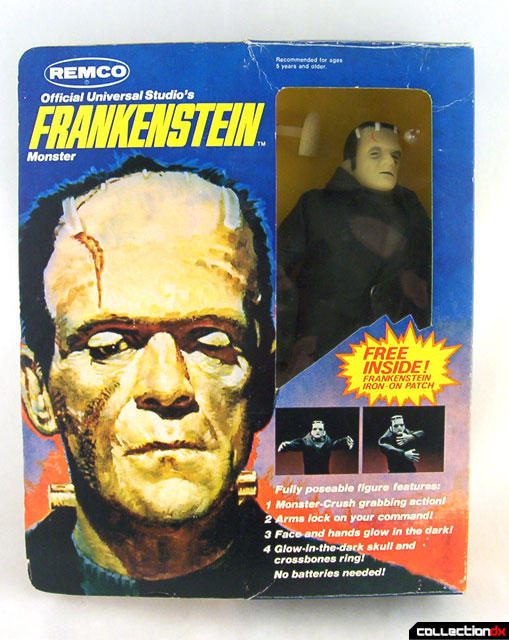 As you can see, Frankenstein comes in a similar package as the Mummy with equally impressive artwork. Although the sculpt on the Frankenstein figure is better than the Mummy, it's still the box art that made me want to buy it. In my monster collection, these figures are left in the box and not displayed on their own. But I've seen some pretty impressive pictures taken of these toys, too, so maybe I just lack imagination. 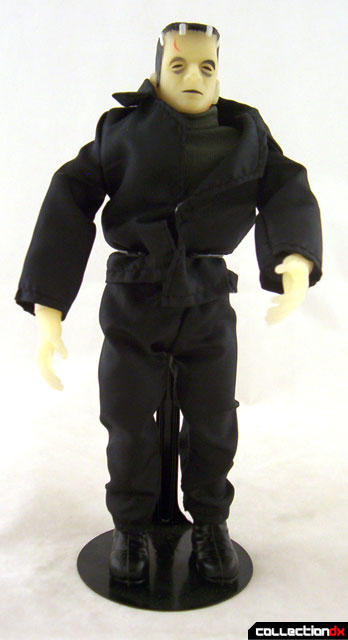 (Not one of the pictures I'm talking about.)

Frankenstein wears a thin dark blue/black outer jacket and pants with a thick green turtleneck underneath. He really looks like he's all bundled up for the winter. 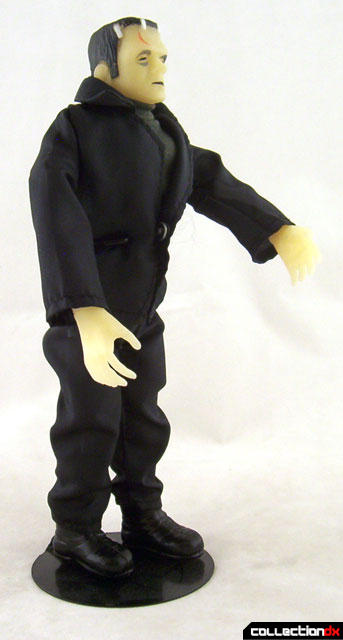 His shiny black boots are fine, but it would have been cool if they had a bit more of a platform style going on. Something for Franky to really stomp around in, y'know?

As with the other figures in the line, the hands and face glow in the dark and the "monster crush" action is present. Again, I don't have a good glow pic, but there's one on the box (and yes, Frankenstein is continuing the cycle of violence! Now I want a Wolf Man just to see who he rapes...) 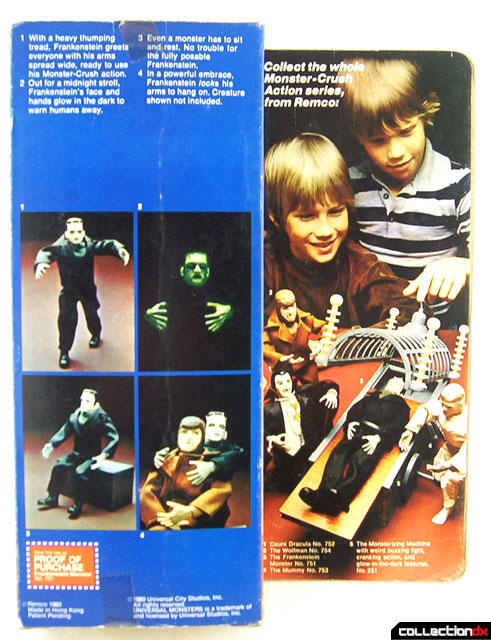 The glow in the dark skull and crossbones ring is included again, as well as a unique Frankenstein iron-on patch. 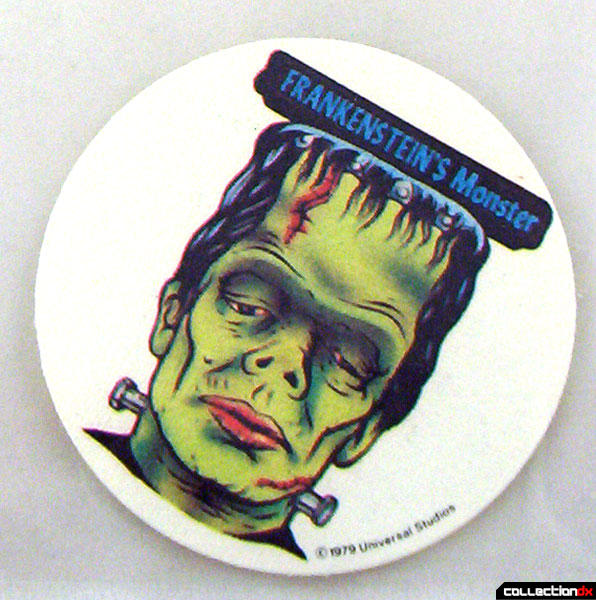 So... anyway. What can I tell you that the pictures don't and that I didn't mention in the Mummy review? Well, apparently some (or all) of these figures were released in Europe by Ideal in different boxes. Oh and speaking of boxes, if you're looking for these on Ebay, you should know that repro boxes are out there. So if you see a box that looks too nice, it might be a fake. Or if you don't want to fork over the cash for a complete mib toy, you might be able to go the repro route; get a loose figure for cheap and add a repro box. 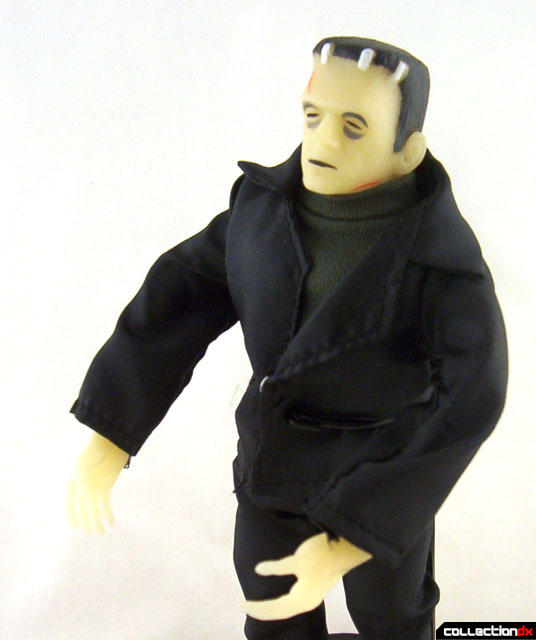 Dave, nice shots! Have you ever found the operating table/bed cage thingamajig?
And which black T-shirt of yours got the iron on patch? haha!

I love how some designer REALLY wanted to make sure we noticed the staple/stiches in the head, they're HUGE.

Is this the same company that made that rev-up gyro frankie-on-motorcyle thing that you were running over our feet with? I hope you still intend to review that too.

Well, the Frankencycle was Ideal, not Remco. And yes, I've got it in queue, just haven't gotten around to writing anything yet.

Incidentally, someone posted a pic of the Ideal version of the "Remco" Mummy box for me at the Universal Monster Army, and it's just the same box, only it says Ideal where it says Remco here. So no big difference. I'm unsure of the relationship between the two companies. I'd always thought they were two completely separate entities.

I know you're joking, but naturally I'm not gonna use the iron-on patch. And yes, I've seen the "monsterizer" a few times, but I'm not interested in getting one until I get all the figures.