As noted in the earlier TRON review, this is the Walgreens Version of Flynn. With the other figures, the only difference is some effect parts. But with Flynn, the Walgreens version is blue, while the mass release is red. So in this case I would say you need to get both.

Flynn comes in a large window box, and is packed with his disc and a stand. The regular version comes with an effect part, and was supposed to come with a Recognizer piece, but that got cancelled. 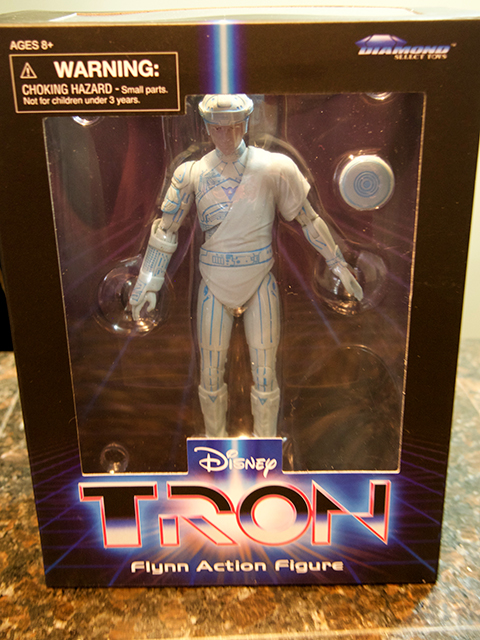 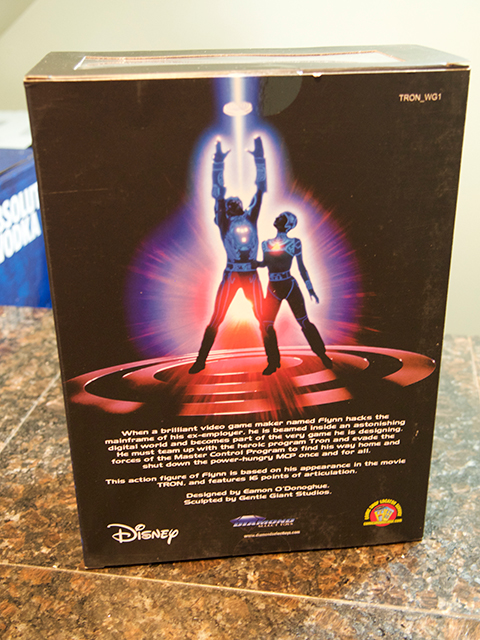 The figre is your standard 6" scale, with over 16 points of articulation. I counted more, but that's what it says on the package.

Flynn cana hold on to his disc a little better than Tron, but it still falls out easily. 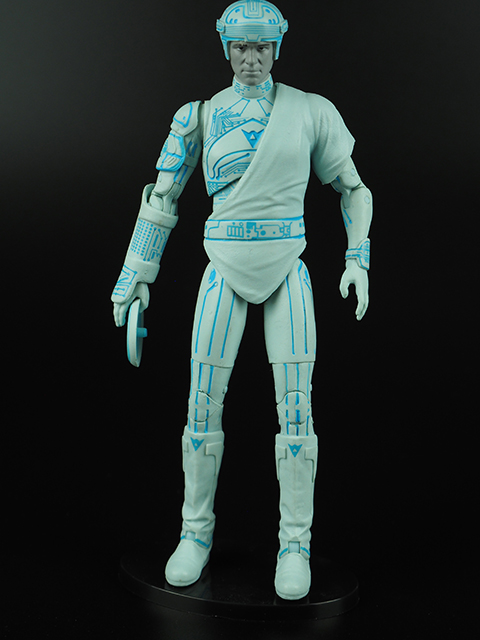 The disc actually stays on his back due to the "cloth" covering it. 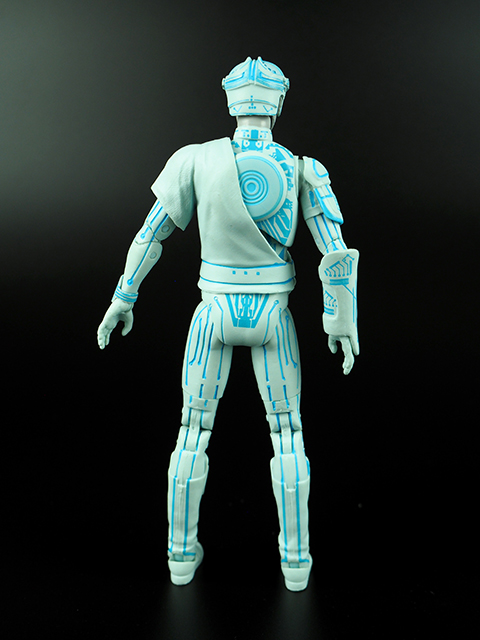 Mostly the figure is fine. Some joints are sticky, but paint and detail is good. There is just one GLARING problem. 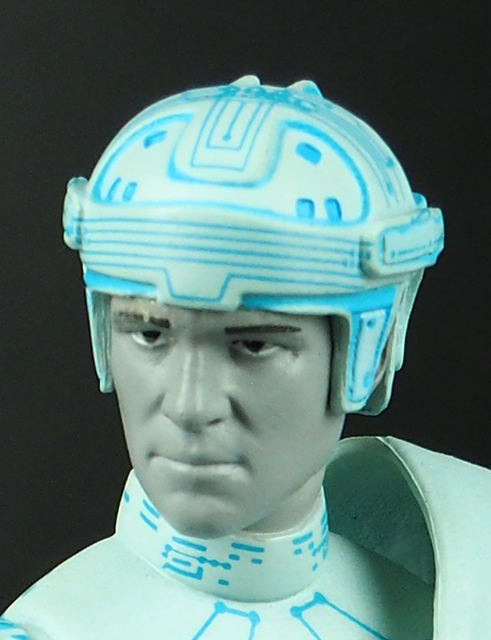 There is glue dripping down on is face. Unreal. Again Diamond Select gets it SO CLOSE but fumbles it at the end. The likeness is even really good! But I can't look at him and not think about that scene from "Something About Mary" 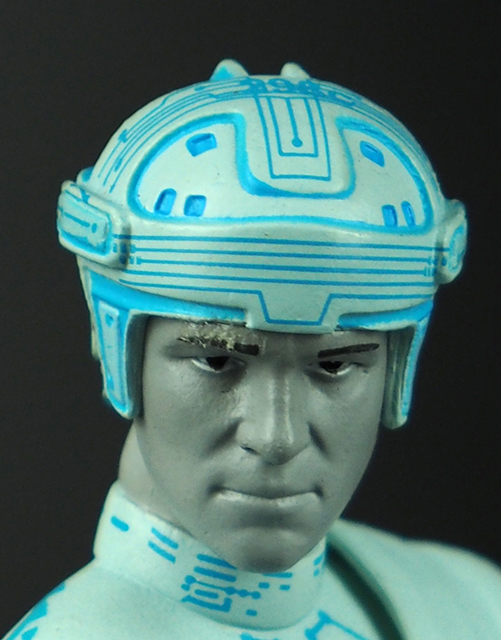 He poses well, but the plastic cloth covering gets in the way, and if you move the left arm up it raises the whole thing. 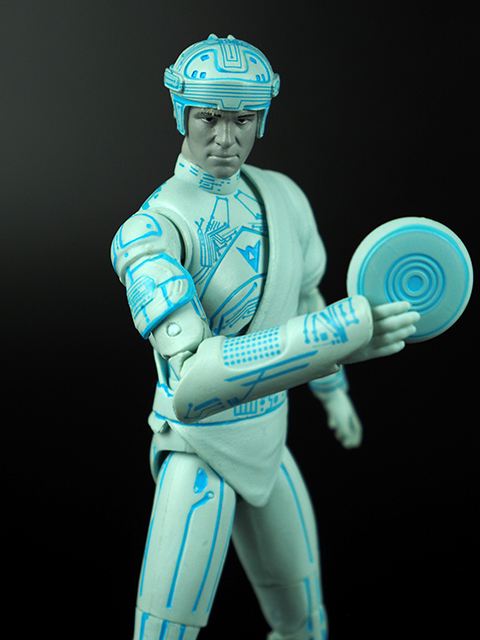 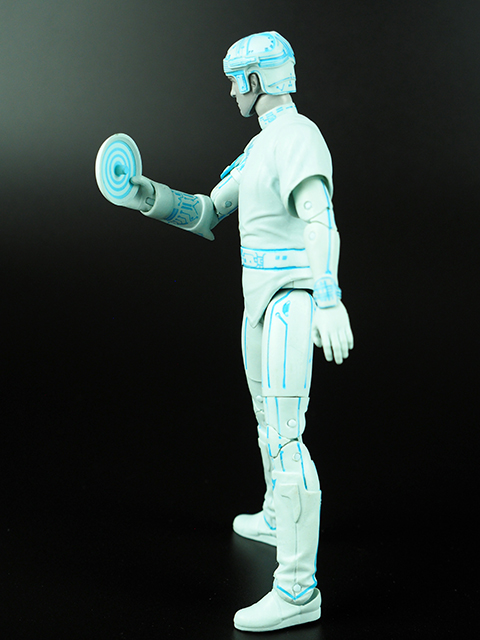 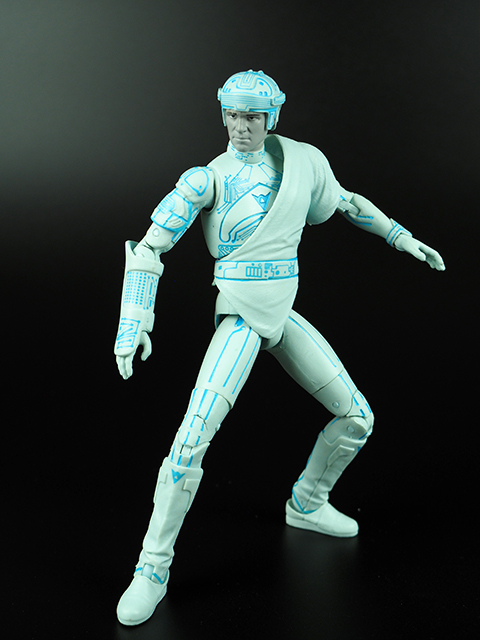 Despite my disappointment with this figure, I will likely still hunt down the red version. Even bad Tron merchandise is good, you know? 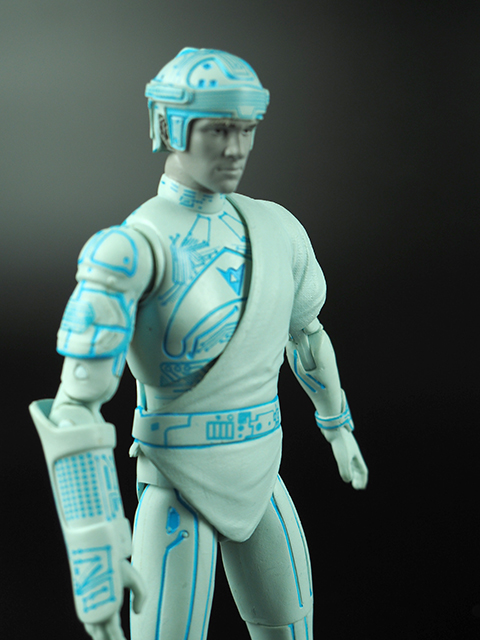