Normally Atom does all the Sigma 6 reviews, but now that the line has died down he is moved on to bigger and better things. I wasn’t even going to get into the line at all either. Sure, my son has a bunch of these, and I like them a lot, but Atom covered most of them.

One day, while over a friend’s house, I spied this guy. He had a very awesome look to him, with the ghost white face and the dual machine guns. He was a Sigma 6 figure that Adam hadn’t covered. His name is Firefly 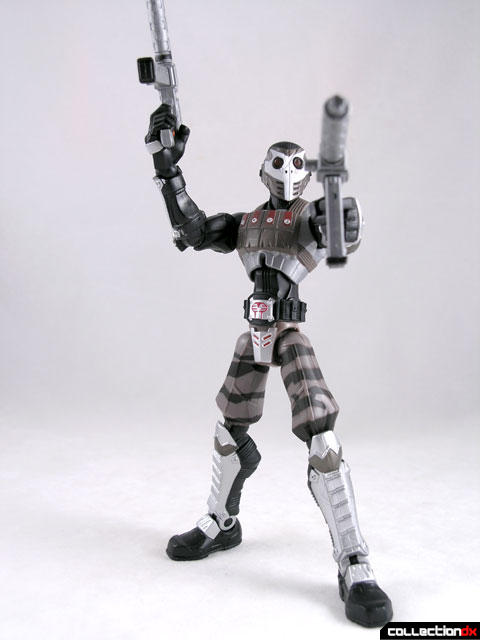 There are actually two different versions of Firefly on the market. This version is the COBRA version. The other version has him in a completely different outfit. This is the one that sold me, and of course it was harder to find. 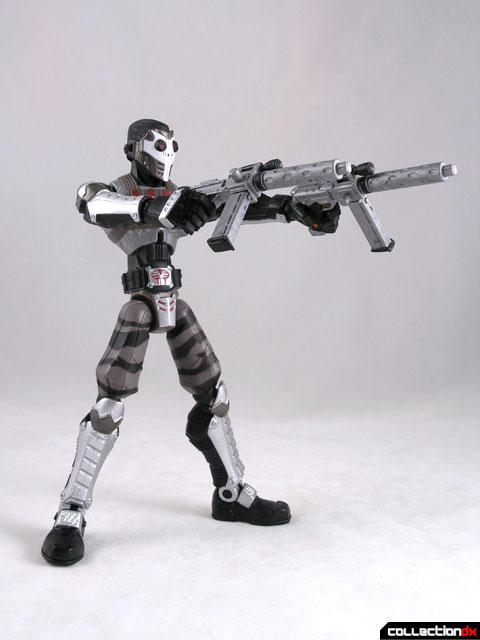 Firefly is described as follows:

“FIREFLY, once a member of the SIGMA 6 team, has revealed himself to be an agent for the COBRA organization. He disappeared from the SIGMA 6 base with classified data on the team’s technology, weapons, and vehicles. He is considered a dangerous enemy because of his expertise in sabotage and explosive devices. When he escaped, he also stole a weapon prototype being tested for infiltration using liquid fire, as well as flame-emitting gauntlets. His motive for stealing these weapons is unknown but will surely be revealed in the near future. 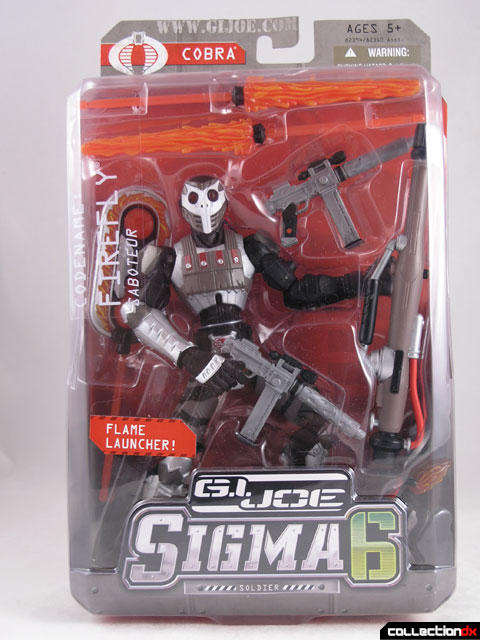 Firefly comes in the cheaper packaging without the plastic top and bottom (in other releases, these parts combined to make a foot locker). He is amazingly articulated, with joints in all the right places to make some seriously cool poses. 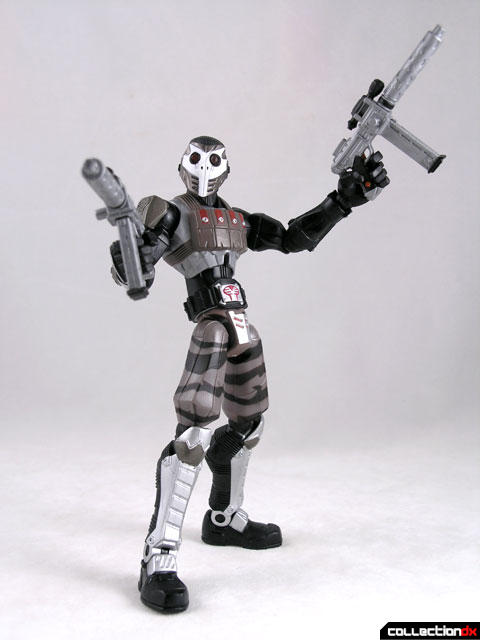 The visor is held on by 2 elastic belts and holds securely to the figure. Under the mask, Firefly wears another face mask with holes only for his eyes. I like the mask on better. 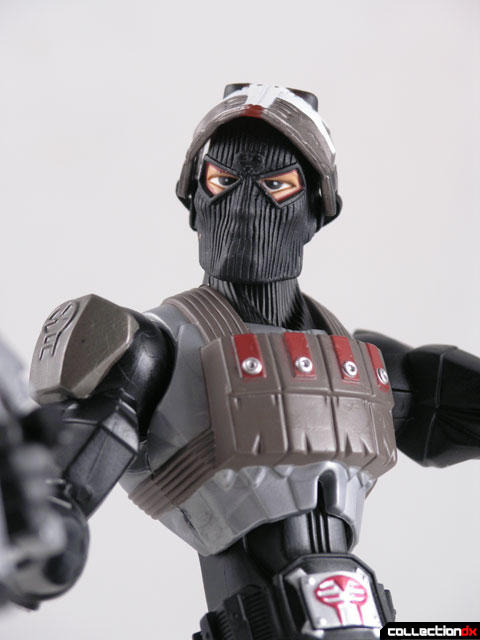 The two blasters are probably supposed to be machine guns, but of course Hasbro won’t say they are machine guns. Each gun features a removable clip, and a peg so the guns can be stored on various connection points on the body. 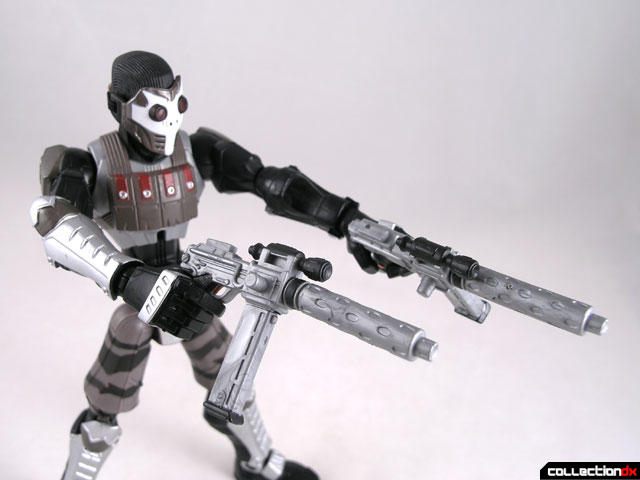 The flaming weapon is just a missile launcher with various projectiles. You get 2 missiles and one “Flaming Chainsaw”. The missile launcher is spring loaded, and you can even place a second missile in the back to make what looks like a giant staff. 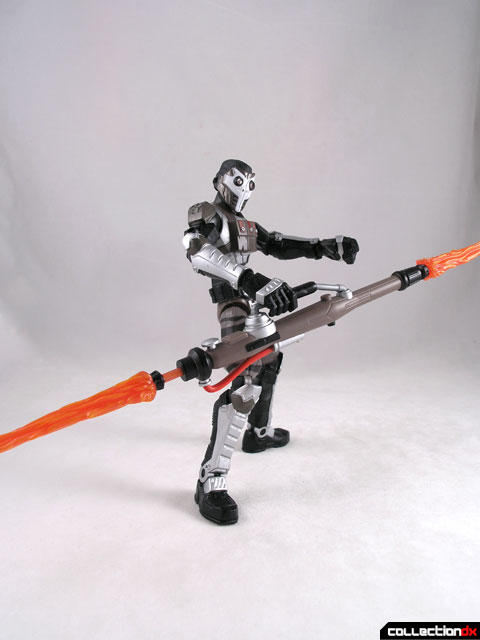 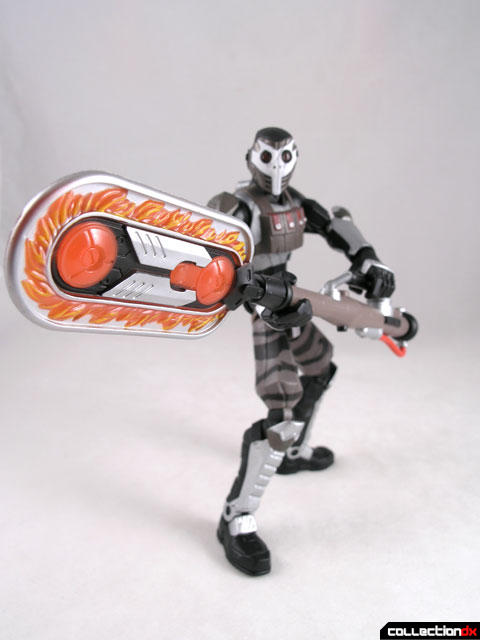 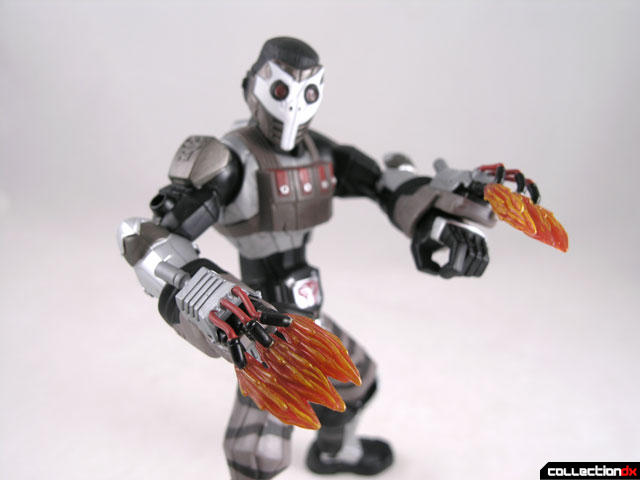 Excellent review. I have to admit I am more into my 3.3/4" Joes....but I got this figure and it is excellent. It is very cool looking on the shelf, but it is so possable and fun I found it hard to put down. I own 3 Sigma figures now and they are all great. I wish I had bought more when they came out as they are very expensive to get here now in the UK.