The GR-2 is a much cooler toy than the Giant Robo in my opinion and it always drove me nuts that it wasn't readily available here in the US. The Giant Robo bootleg was everywhere, but this one just never seemed to show up on eBay. From time to time I saw it on Yahoo!Japan auctions, but always either at a time I couldn't afford it or just for a price I didn't like. But ultimately, I managed to pick one up at Mandarake in Nakano during my winter trip to Japan in 2006. 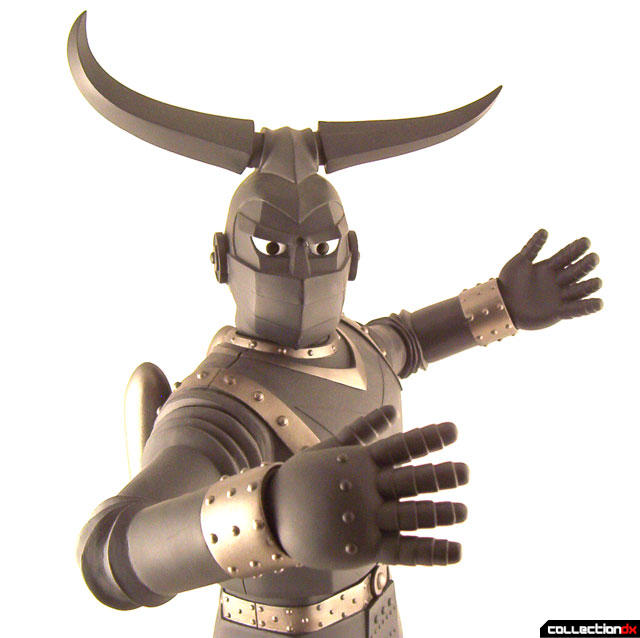 For the most part, this toy uses the same sculpt as the Giant Robo, with the obvious exceptions being the head and arms (although there is a Giant Robo that does use the same arms, too). This toy is taller than the other though, measuring about 24.5" to the tip of the highest part of the horn.

I really like the muted, dark colors on this toy. The whole thing looks like a shadow. It's molded in in a light black vinyl, with dark silver highlights. The only real color is the white of the eyes. The eyes are great, too. They seem to burn with anger, which isn't something you see on a robot very often. 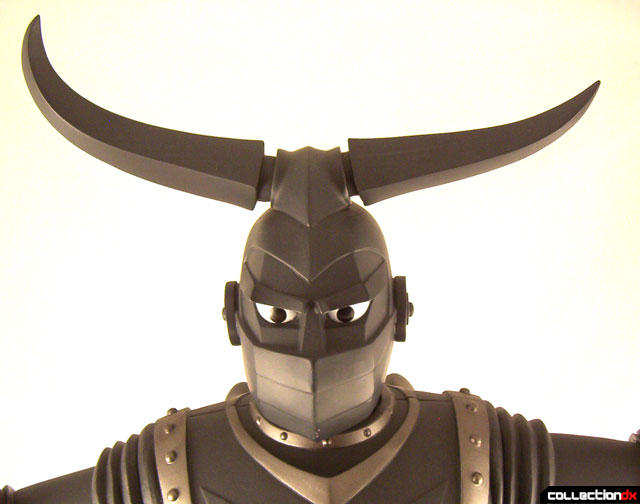 The GR-2 is articulated in all the same places as the Giant Robo, but one thing I didn't count on is that you can also twist the horns on the head. A neat addition, but honestly, it really just looks best pointed straight up and there's not much reason to change that.

When I was in Japan, I had prepared a big box to bring on the plane home with me and this guy presented a problem because it was so large I didn't think I could fit it in. Fortunately, heating with a hair dryer allowed me to separate it at the waist and it then fit in fine. So I didn't have to pay any extra shipping to get it home, always a plus. 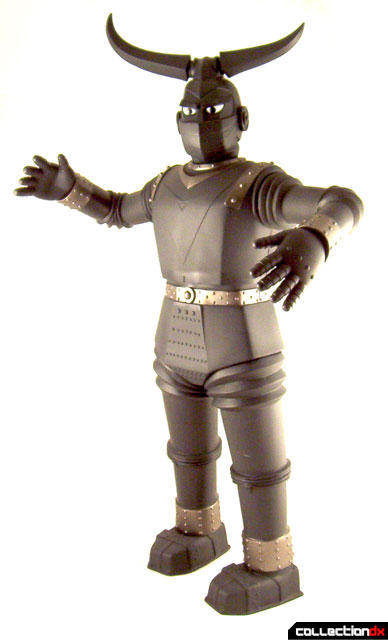 Despite its jumbo size, this guy was released in a bag with a header card just like most vinyls. 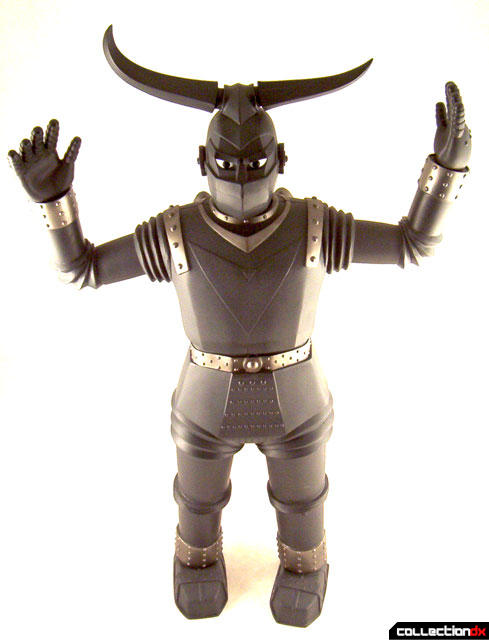 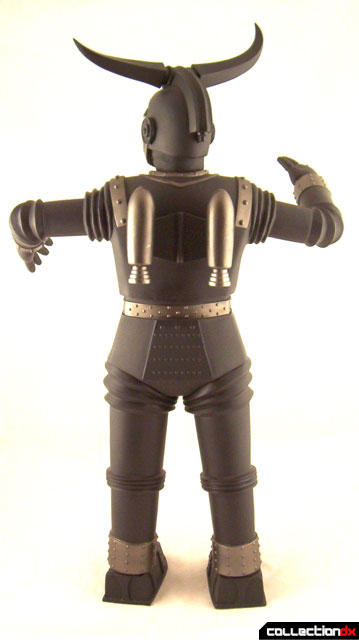 4 comments posted
All I can say is awesome,

All I can say is awesome, freakin' awesome. I have never even seen the GR2 Jumbo. Now I really wish I didn't sell my giant robo bootleg. I definitely would not have if I knew this existed.

Incidentally, in the show, the horn blades could fire from his head--that's probably why they chose to make them able to be pointed forward for the attack. It would have been a REAL nice touch to make them separate though...

Never even knew this existed. I knew there was a Calamity jumbo (just a repaint of the Giant Robo), but had never seen this. Now I have to hunt this sucker down on this side of the pond somehow...

also for what it's worth, here's this lovely song http://www.youtube.com/watch?v=281aplA-oT0