In mid-May, Mark Nagata, the owner/creator of Max Toy Co. offered several unique sprays of his creator-owned kaiju Eyezon which looks like a monstrous potato with arms, legs and of course..eyes!

Like the other Eyezons, the arms and legs are moveable.

CDX has reviewed at least two versions of Eyezon-the glowie 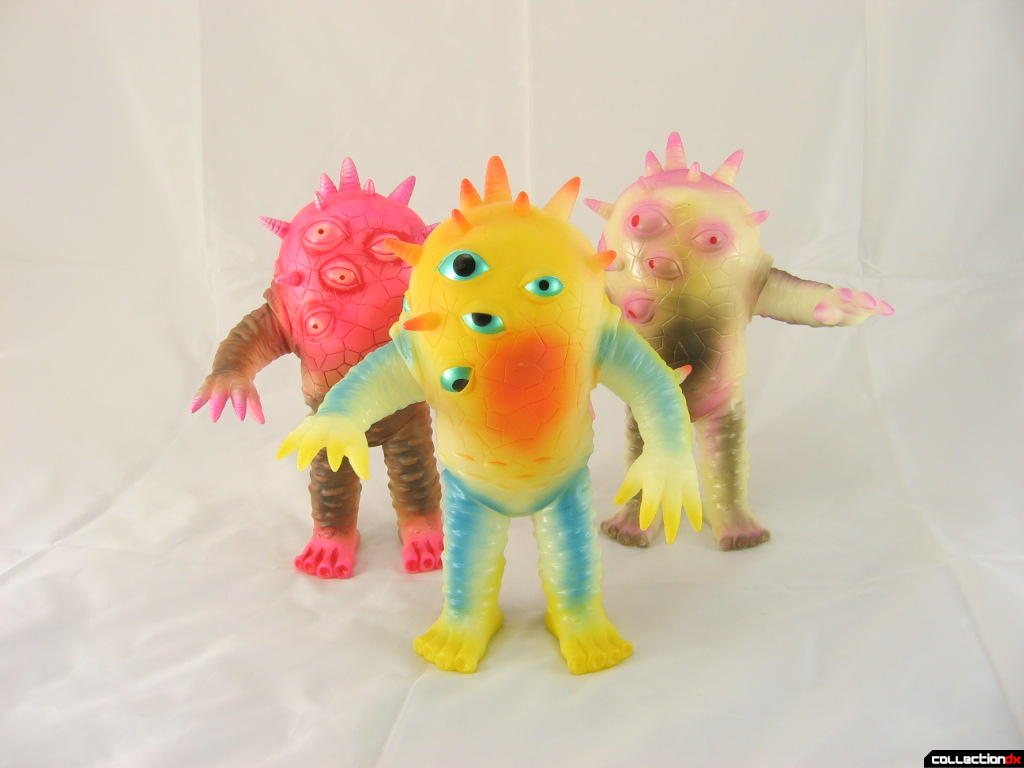 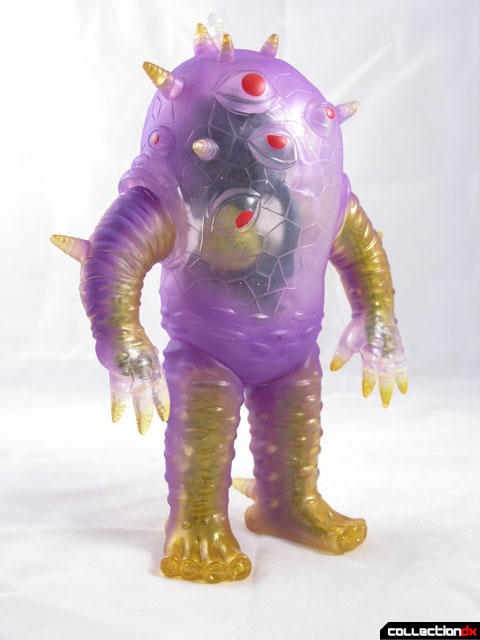 Many "species" of Eyezon are available, So, what makes this particular spray of Eyezon unique?

1.) the figure made of translucent vinyl

The sculpt of Eyezon is very old-school inspired and is one of my favorites. Here are some close ups...
front

CDX has reviewed other versions of Eyezon-the clear purple and the glowie so I won't elaborate too much on the sculpt.

Right off the bat though, I need to rave about the glitter, which is part of the paint job.

You can see it throughout the spines, the fingers, and adds another layer of character detail to the figure. The sparkle stands out in the light..and especially if you hold it up to sunlight or any really bright illumination source. The glitter takes on slightly higher density around the front eyes and I think that really adds to the wonderful cool of this figure.

The star feature on this figure though is the Monster Kolor paint. I like the overall muted combination of colors with fine intergrading between the yellows, oranges, reds and blues.

The sparkle goes well with the translucent vinyl the figure is made from.

As with the glitter, I really like how the colors stand out in the sunlight.

In normal light, they’re pretty muted, almost dark. But against a bright light or a white background, the colors are much more striking and takes on an almost tourmaline pattern.

Overall. This spray variant of Eyezon is striking. I think that Walker’s bold and interesting paints really do bring out the character of the vinyl. The two parts of this figure complement one another very well and I look forward to the next one.

Oh wait, it's a toy.
Very good highlight of the paint job. This one is a real eye popper. I love sunlight backlit, clear toy shots. Those Monster Kolors seem to really be a great tool for customizers to build the next level.

ain't it though? I put ALL of my translucent clear kaiju vinyls on a display near the window so the sun shines through them in the morning. On some days it can be really wonderful