In 1998 the world was getting excited for the new Star Wars movie - The Phantom Menace. To drum up excitement (and sell more toys) Kenner began releasing figures that had some sort of counterpart in the new movie, and they used a "Flashback" slider as a gimmick with each figure. In this case, we are looking at Emperor Palpatine with Force Lightning 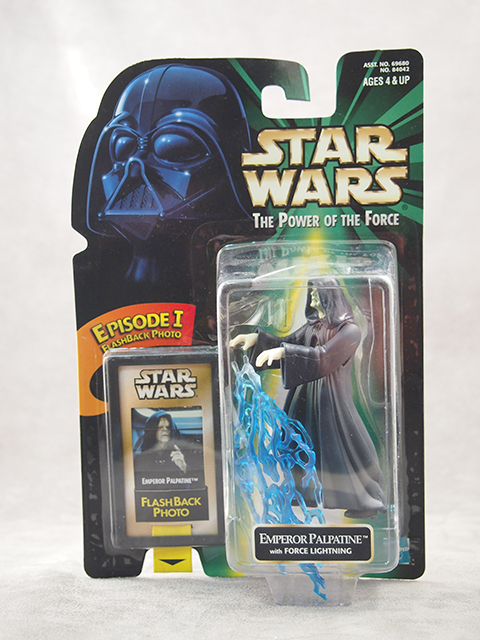 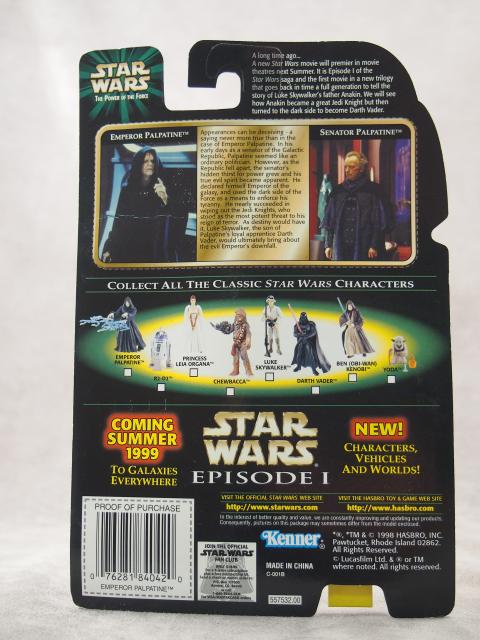 Here's where Hasbro got wise to the collectors who never took their figures out of the package, and made it so you did not have to remove the Flashback thingy to activate the feature. Basically it was a tab that slid down the image like you would see in a pop-up storybook. It would relate a classic character to it's Phantom Menace counterpart. 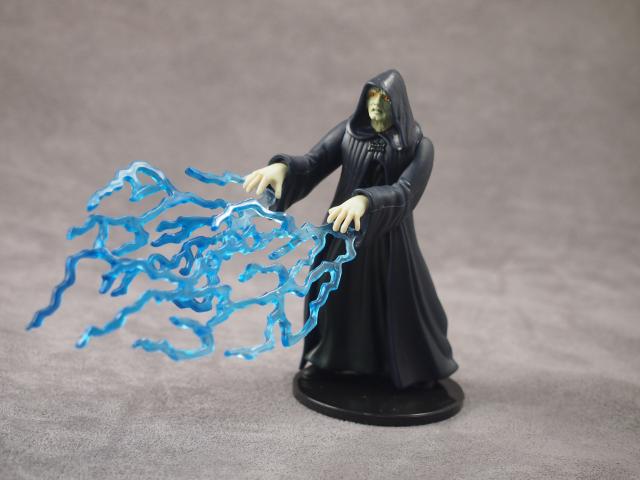 This figure obviously makes sense for inclusion in the line. However I am not a huge fan of pre-posed figures that only look good in one context. If you are going to do that, just make it a statue - why give it joints at all. So in the context of a statue, this figure looks great. 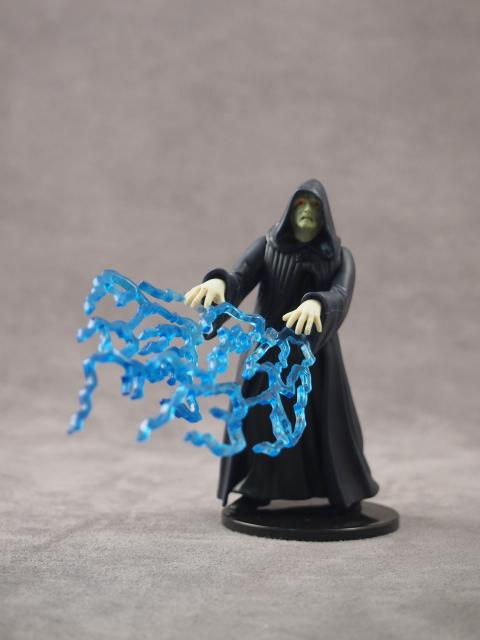 The translucent effect parts look excellent, and they even captured the Emporer's likeness well. They just plug into holes under the hands. 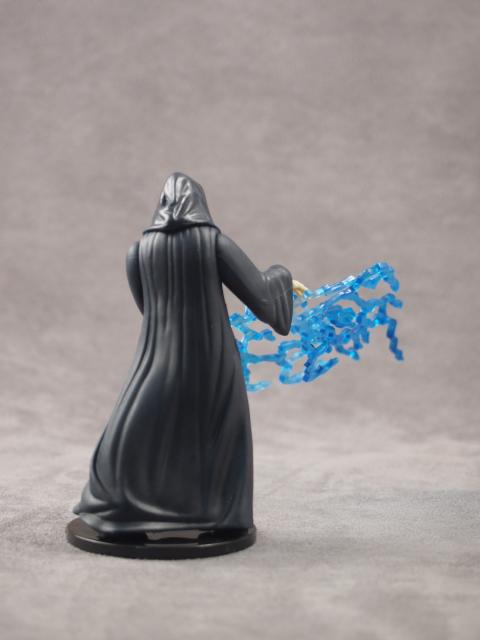 Isn't this just a watered down version of an earlier deluxe with electronic lightning effects?