I sort of swore off new Star Wars figures, but I caught this character in an episode of the Clone Wars and he seemed pretty cool. Plus, he is a bounty hunter, and as we all know, bounty hunters are cool. 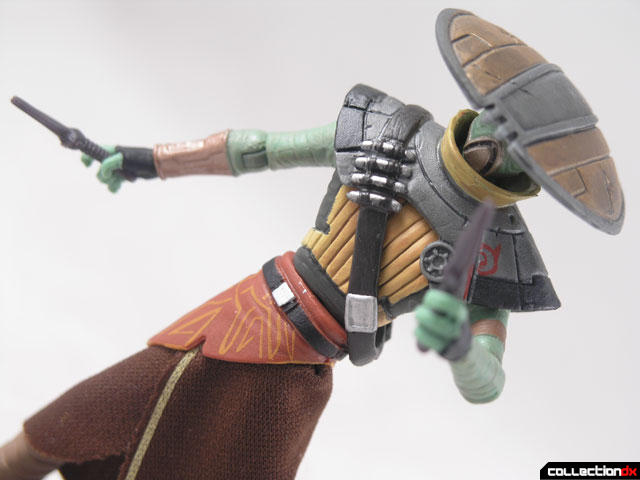 This one was appealing to me because he had that wide straw hat (sugegasa) like an old wandering samurai. It’s a cool look, and one not yet seen in Star Wars mythos. The likeness is no coincidence, as he was modeled after the character Kyūzō from Seven Samurai. (Coincidentally, Embo’s home planet is named Kyuzo)

I’m glad I grabbed him, because he is a very cool figure with lots of accessories and play value. 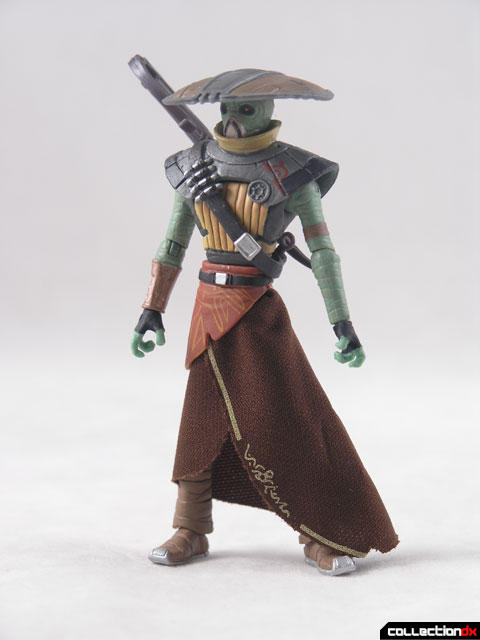 His hat, armor, belt, bandolier, and skirt are all removable. Underneath, Embo has a really great range of motion that allows you to put him in a variety of dynamic poses. 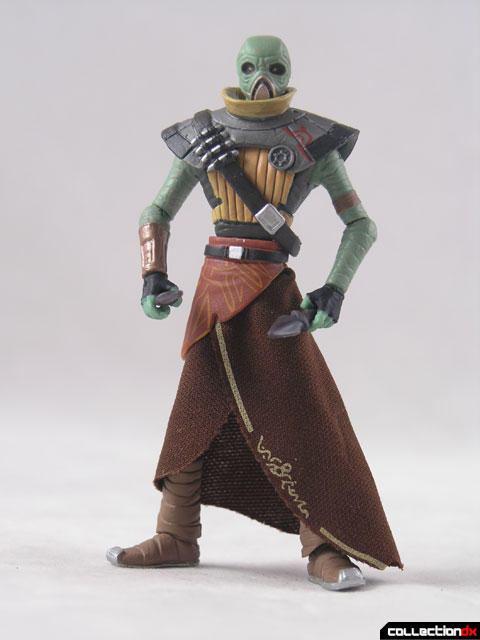 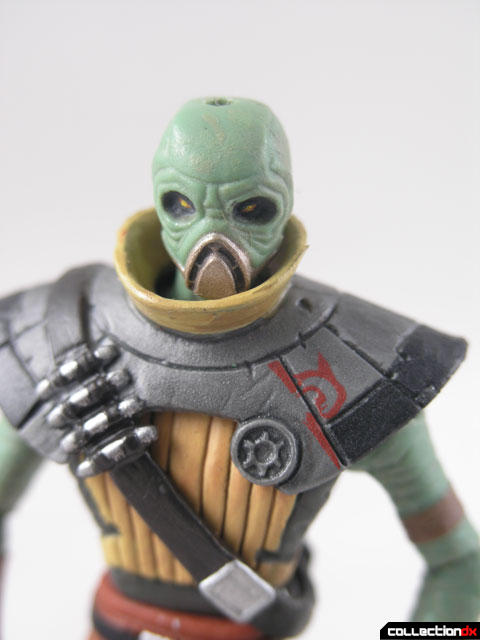 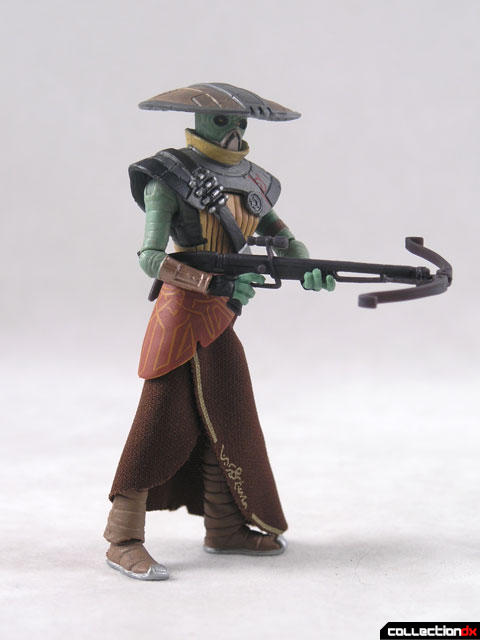 For weaponry, Embo comes with a modified bowcaster with movable “bows” that can be attached to the figure’s back when not in use. 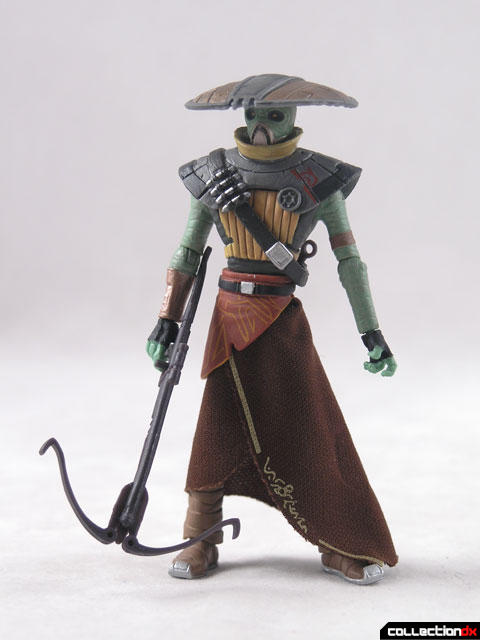 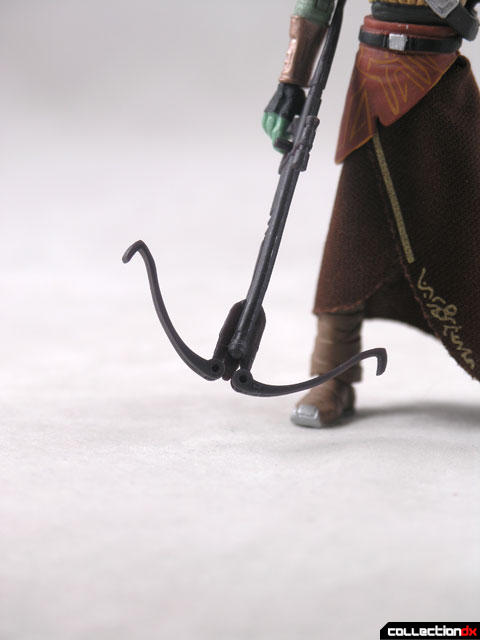 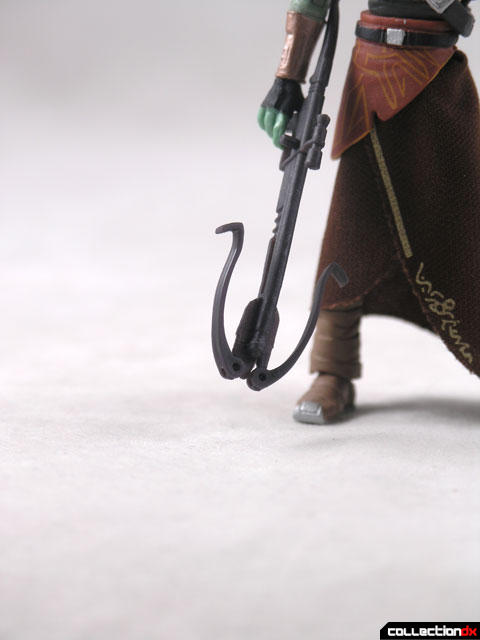 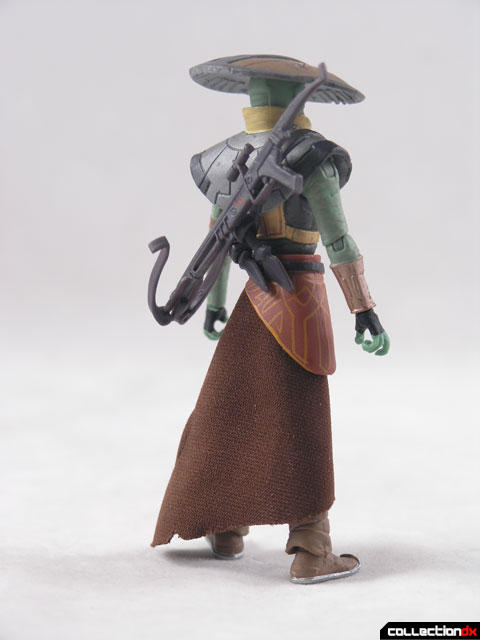 Embo also includes two small throwing knives that can be stored in the back of the bandolier. 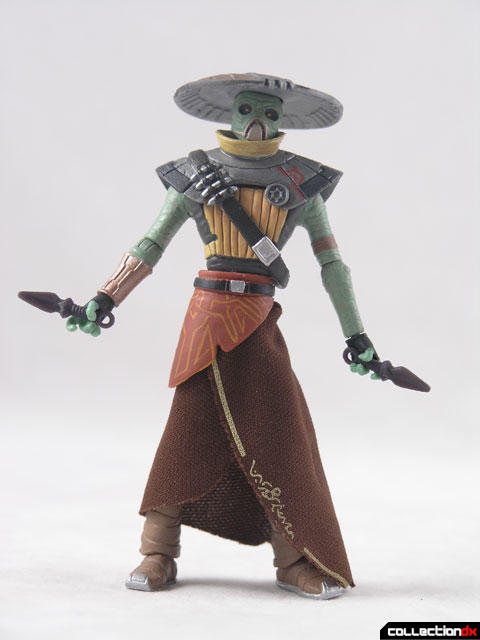 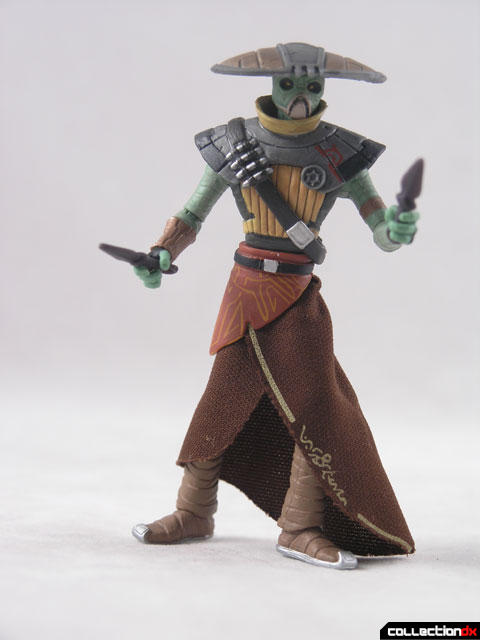 A nice stand is included that also doubles as part of a game that comes with all figures in this series. Also included for the game is a playing card and dice. As far as I know, nobody cares about the game. 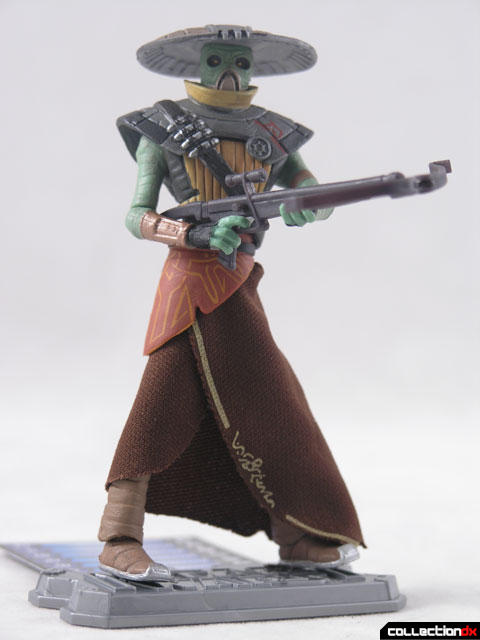 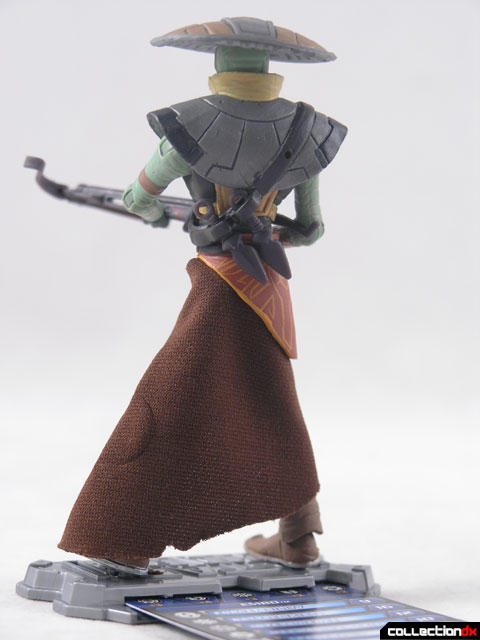 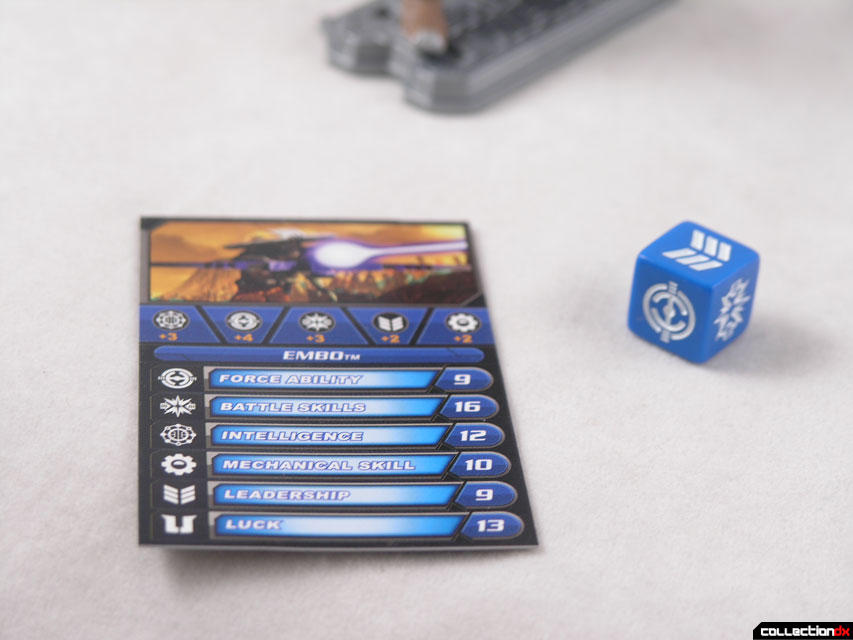 The figure is cool, and worth picking up if you still collect Star Wars figures. Embo goes to show that if one thing is still awesome about Star Wars, it's Bounty Hunters.

Completely agree! As soon as I saw the "Seven Samurai" inspired episode, I said, "I hope they make a figure of this guy!" Can't remember the last time I thought that. Didn't have to wait too long, either. Lots of play value with this figure.